This forum is for general discussion about walking and scrambling... If writing a report or sharing your experiences from a route, please use the other boards.
Post a reply
31 posts • Page 1 of 3 • 1, 2, 3

Making a thread of its own... here's the plans thread if you need a reminder https://www.walkhighlands.co.uk/Forum/viewtopic.php?f=1&t=86099

I must have 37 Wainwrights to do - 14 in the North West and 23 in the North - leaving Binsey for a precarious last minute finish.

I'll set the target at 10 Munros again and see what happens - I want to work on them a bit more seriously once the Wainwrights are done, so I need to get in practice. And maybe if I aim for 5 Donalds I'll manage it...

A reapeat of the island summer, to some extent - I want to get back to Uist and Harris, and I'm hoping to get to the Small Isles. I'm going to Sabhal Mor for a week again, so maybe something on Skye, and maybe another bothy night on Islay while I'm in Tarbert... I doubt I'll beat 2018's 11 islands, though.

Years ago now I walked the Pennine Way as far as Horton in Ribblesdale, so my plan for Easter is to pick up from there and go on to Alston. That'll get me a handful of Dales and North Pennine Hewitts, and I'd love to get back to Wales and do Cader Idris. I doubt I'll have time for anything else in England after all the rest!

I did pretty well on the main aims - 37 Wainwrights, and miraculously 10 Munros! 7 Donalds, one of which was also a Graham - 3 in the Ochils, 4 along Ettrick, and 2 at Peebles. 2 stray Corbetts.

A project which I hadn't thought of when I posted this was to climb 10 little Marilyns by the end of March, which I did.

A handful of hills in Uist, Harris and Lewis. I stopped in Glencoe instead of heading straight to Skye in the SMO week, but made a mad dash to Blaven earlier in the summer. No Islay, for assorted Reasons. 6 islands, I think, counting Lewis and Harris separately, but not counting the one at Prien am Chiemsee!

7 Hewitts along the Pennine Way, but nothing else in England or Wales outside the Lakes. No, that's not true, 1 Northumberland Marilyn!

Oh, and the last 4 New Donalds that I still have to visit.

Beyond that to just keep regularly knocking off Corbetts, Grahams and Sub 2000s throughout the year.

.....but if I still haven't compleated the Munros by the end of [replace 2018 with] 2019 I should seriously consider hanging up my boots

Saves typing it all out again

Managed to tick off the four remaining Donald tops too, which finally put them to bed. Slightly disappointed with my Corbett and Graham progress during the year, so they will be the focus of 2020 (hopefully)

Finished the munros, though I only had about 25-40 to do at the start of 2019. Started the Corbetts in June and have 60 under belt as well as five munros of my "sort-of second round but this time with the tops".

Sgurr wrote:Stay this side of the grass.
Attempt the newly discovered Marilyn Beinn Dearg near Cape Wrath.
Have already booked a cottage in the lakes, so hopefully a few more Wainwrights
Am staying somewhere good in May, and have sketchy plans to climb something interesting for my 80th.

A lot depends on whether husband's knee improves..(.he has put in for a new one) and/or I feel mean enough to go and do stuff on my own.....

Think it is safe at this stage to say I stayed this side of the grass
Did Beinn Dearg albeit with more of a faff than hoped
Did 41 new Wainwrights
Climbed A'Mhaigdhean for my 80th birthday
Left husband's knee behind for a smash and grab raid on the 7 Fife Marilyns in a day and although he is not getting a new one, walking with a cortisone injection has made things much better, if not faster, leading to the disappointment of the year, FAILING to climb Glaramara due to the light running out. Actually managed to get to the Scottishhills.com Xmas meet and repeat Ben Hiant.
Next year, more Wainwrights, a special 50/60/60 joint bagging birthday in Torridon with 3 friends....if I stay the right side of the grass.

Forgot to put this is 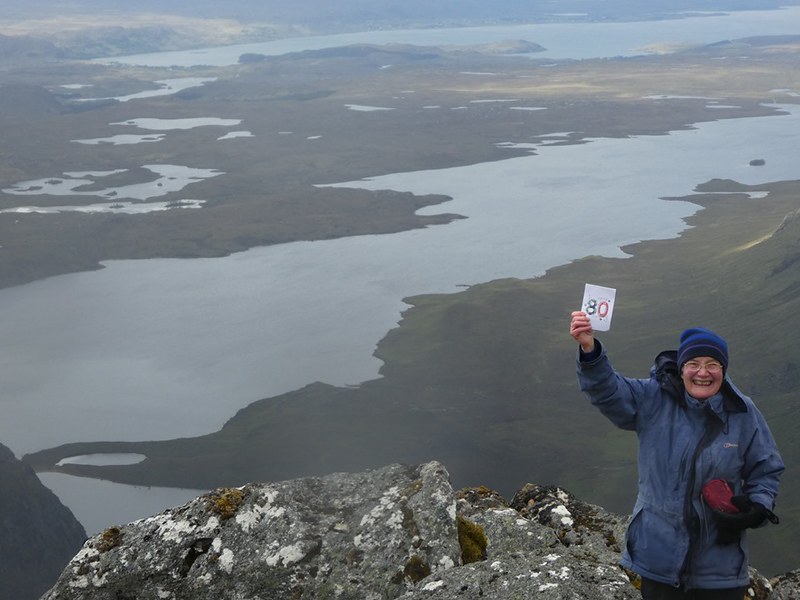 Glaramara is a nuisance, all lumps and wiggles and bumps when you think there's not far to go - hence my remaining Hewitt-but-not-Wainwright on Rosthwaite Fell!

Have my new boy so starting back at 0 with the Munro's! First year I had Moss we did 20 so he has a high target to beat that...at the moment though I'd really just like to get him to be a nice, reliable, trustworthy hilldog

I'd like to do Ben Nevis via the CMD, but that will just be me and Moss if we go for it, and Lochnagar because if we get those then Moss catches up to me as they are the only two I've done that she hasn't.

Rubbish! Coinneach ended up getting the sack after just 5 Munros

I kind of lost enthusiasm due to dealing with him so haven't had a great hiking year at all. Only managed to get two new Munros this year doing just 8 in total, my worst year since joining Walk Highlands in 2015. Never managed to get up Lochnagar with Moss. My new girl is showing much more promise though so fingers crossed 2020 will be a much better year

(P.S. just in case anyone reading this thinks I got rid of Coinneach, he is still with me but he does cani-cross instead of hiking

. Also had a second child recently so the last 19 are going to be more of a challenge to finish in 2020!

gld73 wrote:I'd like to do the South Glen Shiel Ridge, Ben Nevis via the CMD Arete, and The Saddle / Forcan ridge in 2019 ..... plus my map of munros is looking far too red in the south east corner, haven't done a single munro in that area, so I'll need to get out of bed earlier and drive further to get some of those done ....

I did the CMD arete and the Forcan Ridge to the Saddle - plus Ben Lomond, so I did get 1 south west munro done (which is what I meant to type!). But plenty other good walks and hills done too, so no complaints that I didn't get round to doing the South Glen Shiel Ridge (but in 2020 definitely!!). Weather wasn't as good this year as 2018 so 2019 had fewer munros than 2018 for me, but more sub2000s and grahams. I actually really enjoyed a lot of them, quieter and less trodden that the munros.

Cut and paste job for me from the other thread.

Fife Flyer wrote:2019 plans are to help Parminder pick off as many Munros as possible, which also helps my 2nd round gather pace, I am going to be bold and try and reach 200 by the end of the year - eek, that's 73.....

I will also try and polish off as many Marilyns south of the Central belt as possible, only trouble - they are either in the south west or west.

2019 hasn't been the best year for escaping to the great outdoors, ended up 32 Munro's short of my ambitious target - I blame the weather.
The good news is I managed quite a few Marilyn's, end result only 6 left south of the Central Belt.

mynthdd2 wrote:not a good year really as PhD got in the way ....

pHd though! Thats fecking cool, what are you doing it in if you don't mind me asking?
An undergraduate degree got in my way, now I feel like I was making excuses!

I did manage to complete a bunch of the more "boring small" hills around Moray that one would never bother driving a distance to do, so I feel that was an achievement.

But I didn't manage to compete any of the outstanding Angus hills.

So I guess a 50% success rate there, could do better.

In the end, my worst hillwalking year in a long time. A knee injury put paid to the annual winter Highlands trip, and the only other times I got into the hills were lower level. I did manage a nice short overnighter beneath Fan Brycheiniog.

However, had some good alternative adventures, especially canoeing and portaging across Inverpolly at Easter, which was completely mad and a superb week and a bit in which we spoke to just one other lady and her kids. (Haven't done a TR for this, as thought it would just be repeating articles in a couple of other publications) 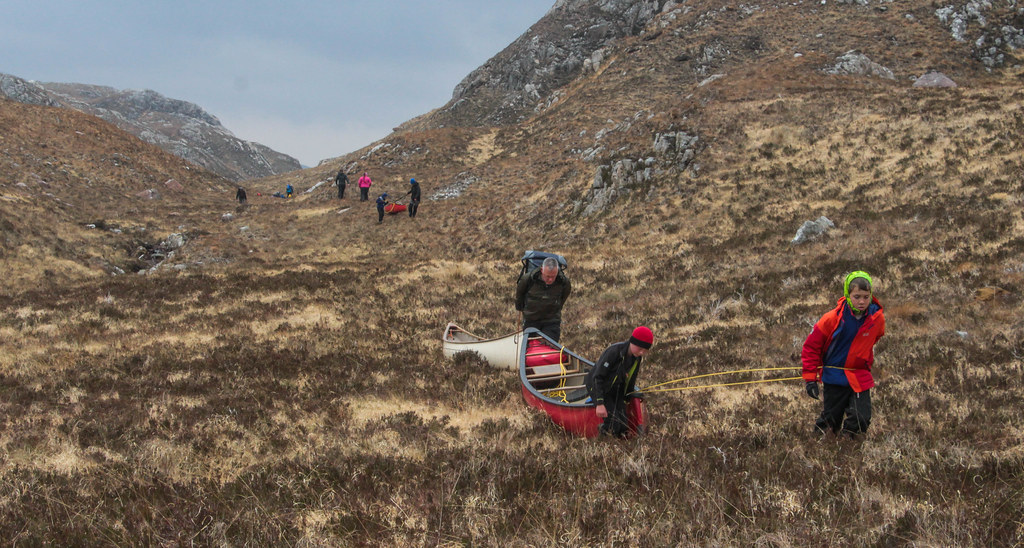 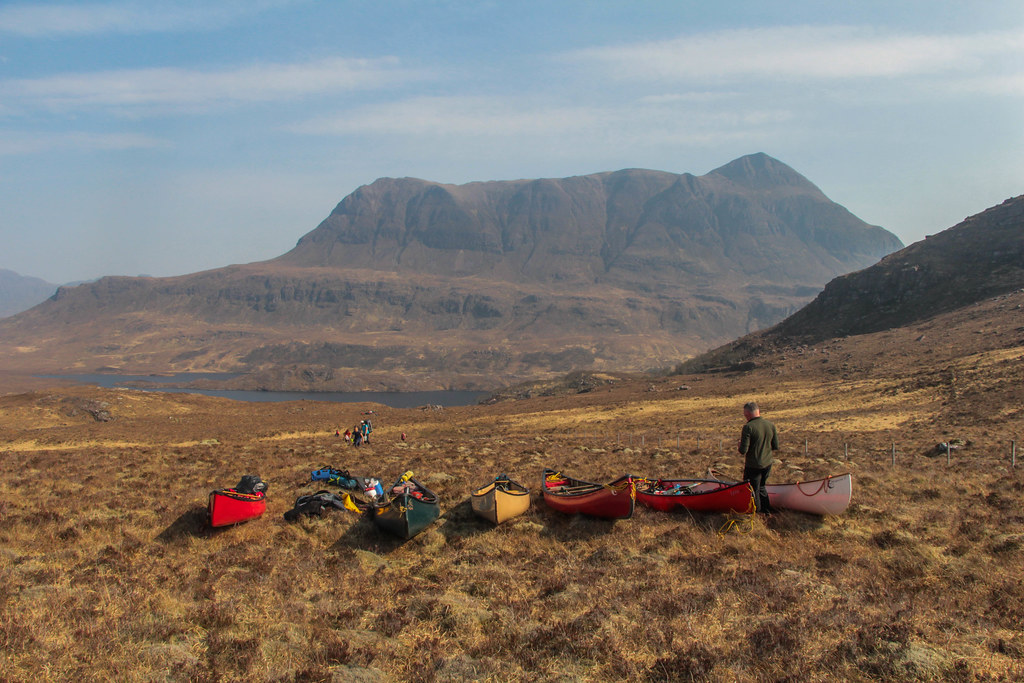 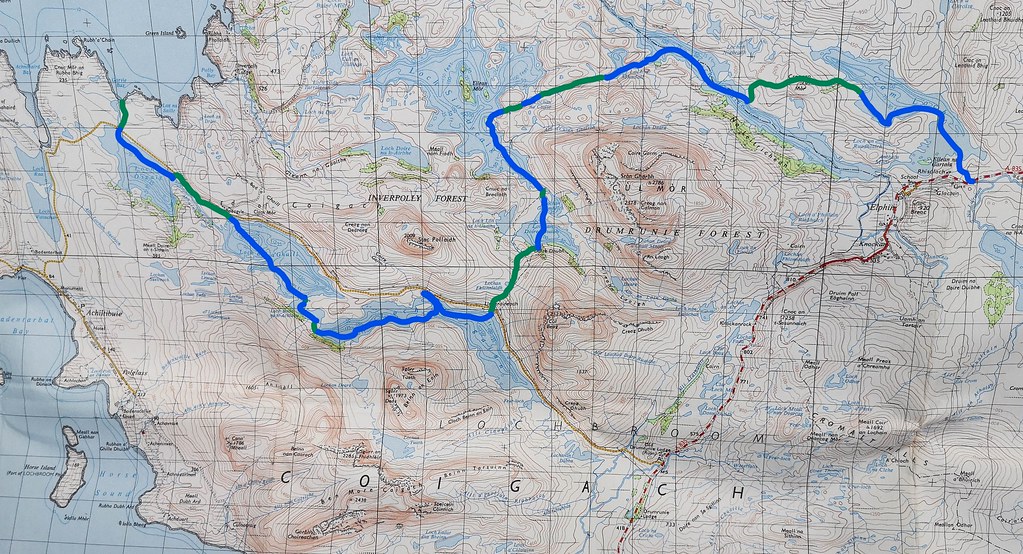 Also managed over 60 nights camping, 40 of them wild camping. This was probably one of my favourite things about the year, as many were local to home but all the more special for finding little secret spots.

2019 was an excellent year for me on the walking front: 313 miles on six long-distance paths, including finally finishing the Great Glen Way! I also visited Uist, Benbecula, and Eriskay for the first time and got up a couple modest hills there. Biggest disappointment of the year was failing to climb Ben Lomond for a second time, but I figure it's not going anywhere.