An evening on Helm Crag and Gibson Knott

An evening on Helm Crag and Gibson Knott

Somehow as this Lakes trip had only come up recently, I hadn't booked a full week of leave for it. Jackie was supposed to be working from Monday to Thursday so I thought I might as well save some leave as well. Although I ended up taking two days off, this wasn't one of them, and with the sun shining, I had committed myself to my laptop until 3pm

. It was still nice later on so we decided to cycle over to Grasmere, go to the gingerbread shop and maybe have a look at Helm Crag. 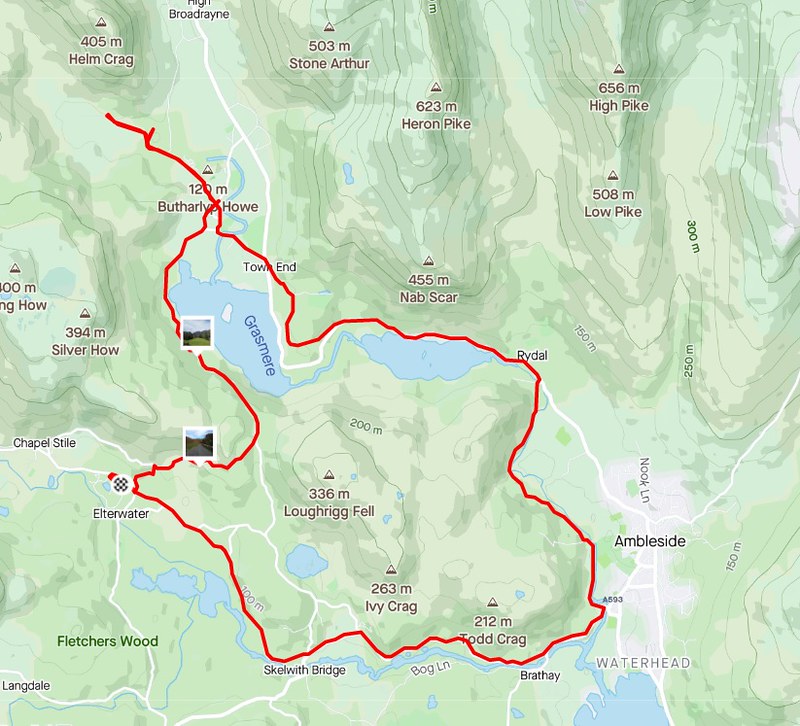 We almost immediately hit a steep hill on the way up past High Close YHA, but in 15 minutes we were at the top of it, consoling ourselves that we didn't have to come up the other side, which is even worse! We would go home via a nice sensible, almost flat route through Ambleside. 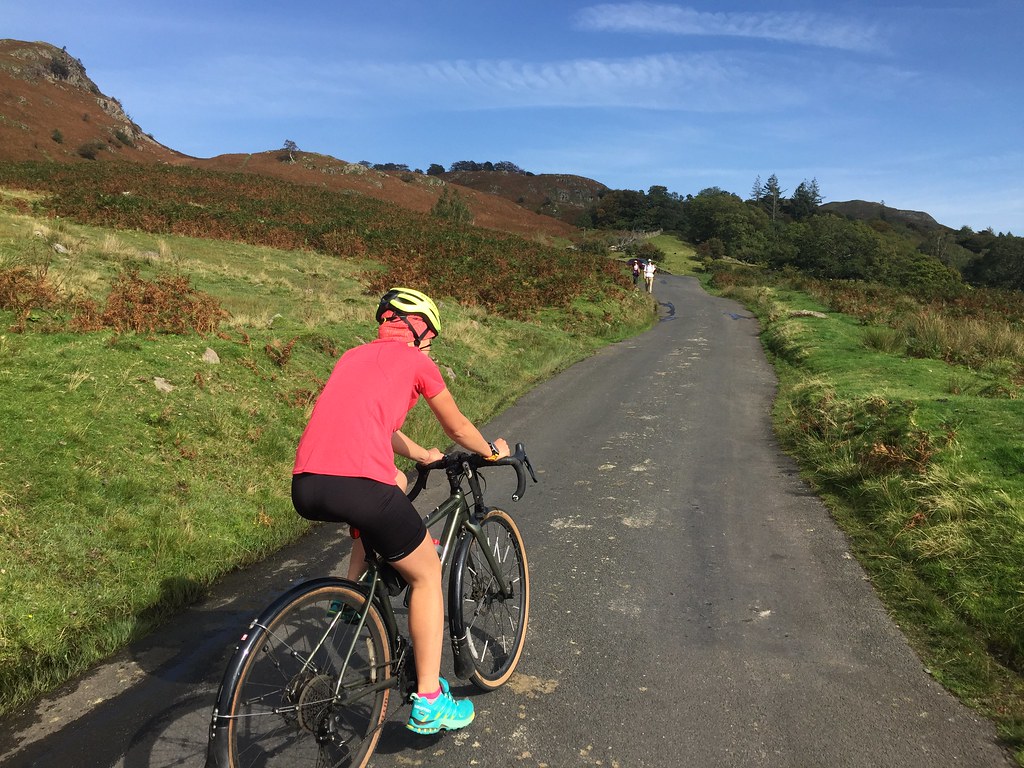 Over the steep road past High Close 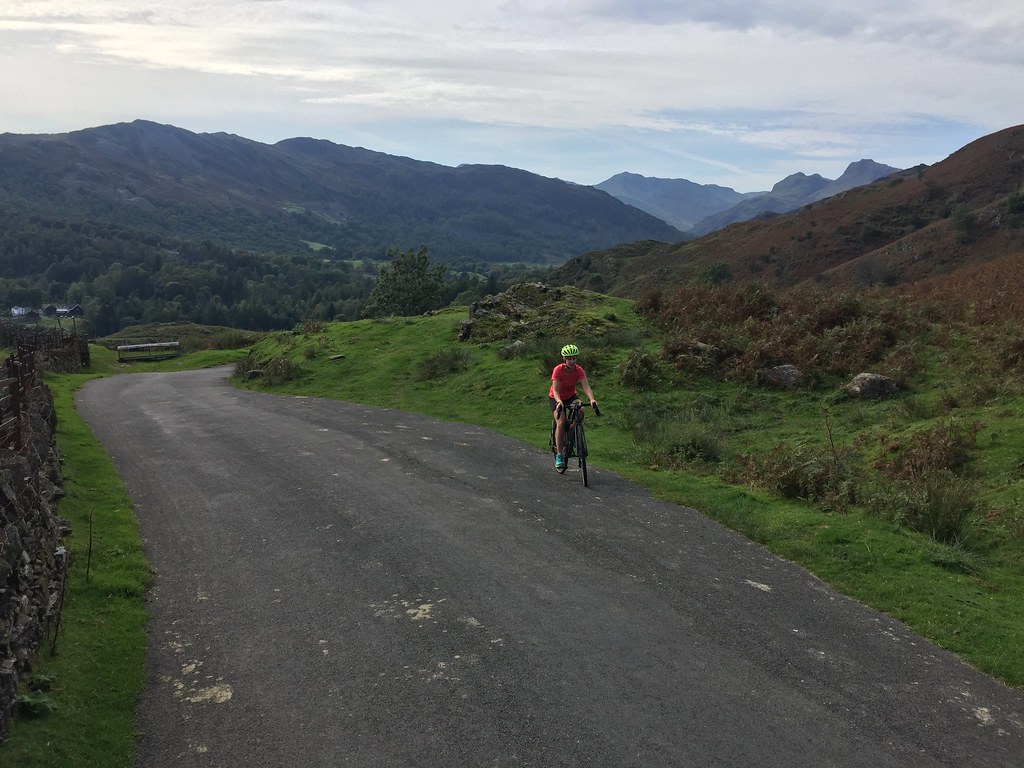 Cycling out of Langdale

The speedy descent to Grasmere was tempered by the sheer amount of people walking along the road, not to mention the odd car. In Grasmere, we decided to make the most of the weather and head straight for Helm Crag, coming back via the gingerbread shop later (as you can probably guess, we got waylaid and it was shut by then 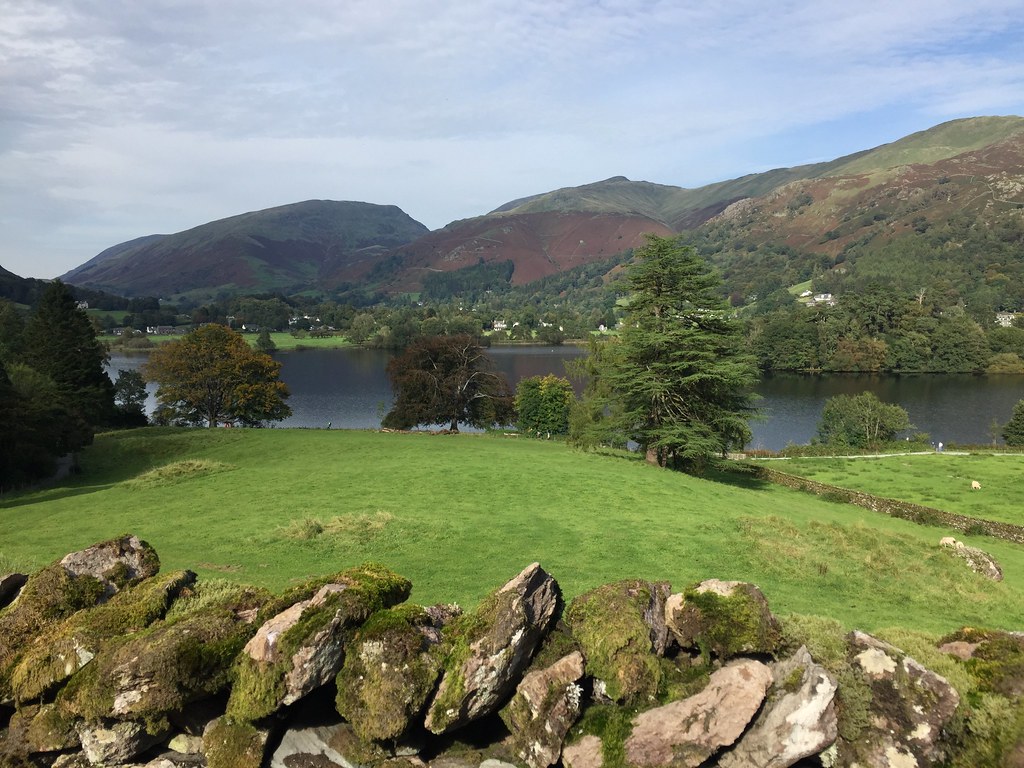 
our_route.gpx Open full screen  NB: Walkhighlands is not responsible for the accuracy of gpx files in users posts
After a false start at Lancrigg, we found the path we wanted and abandoned our bikes. The path was good as expected, even if the going was a little steep. While I have been vaguely aware of the existence of Helm Crag for some time, I had only really paid it proper attention at the start of this trip, the title of 'hardest Wainwright summit' being a gauntlet thrown down. As we climbed higher, it was turning into a lovely afternoon. 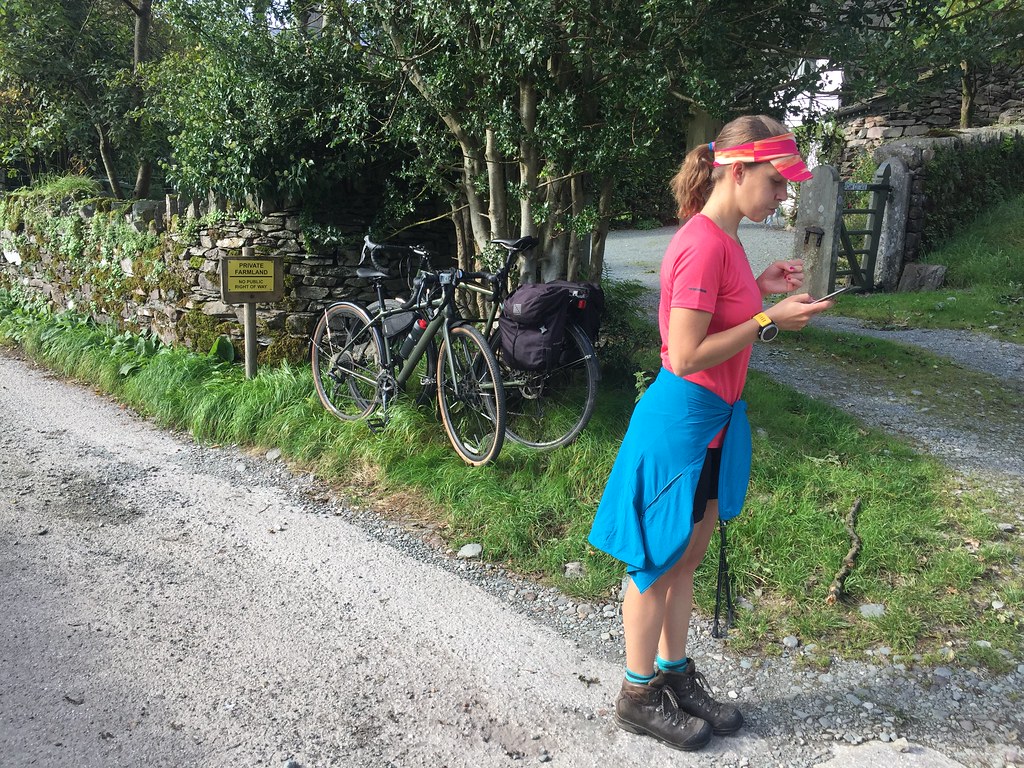 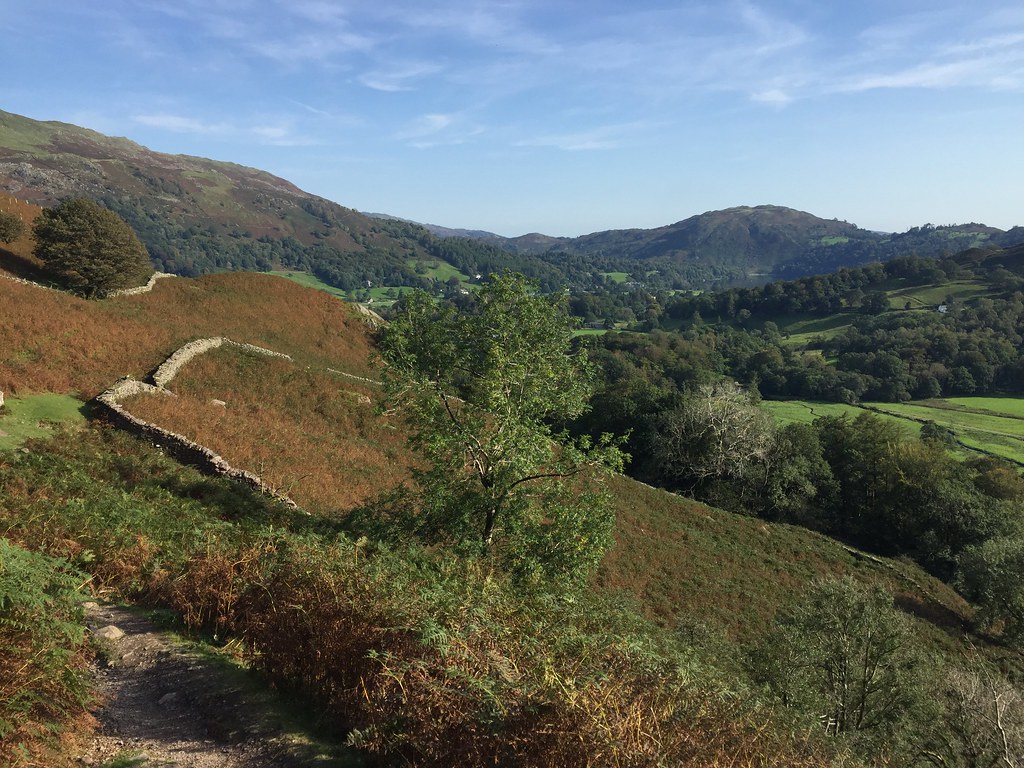 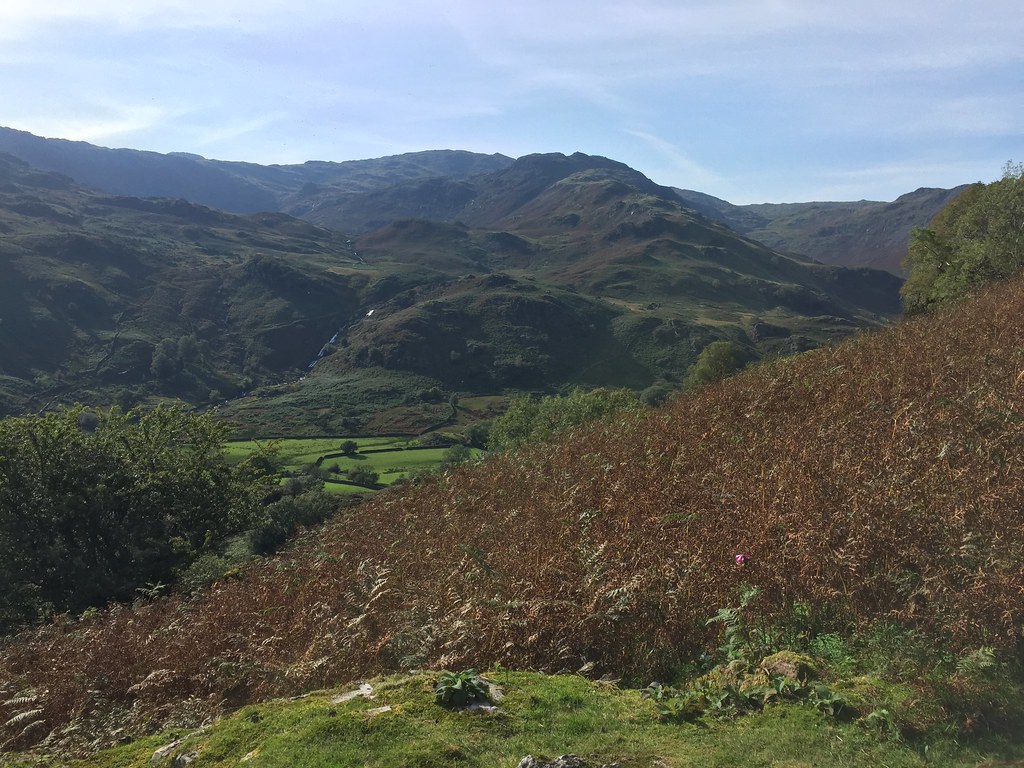 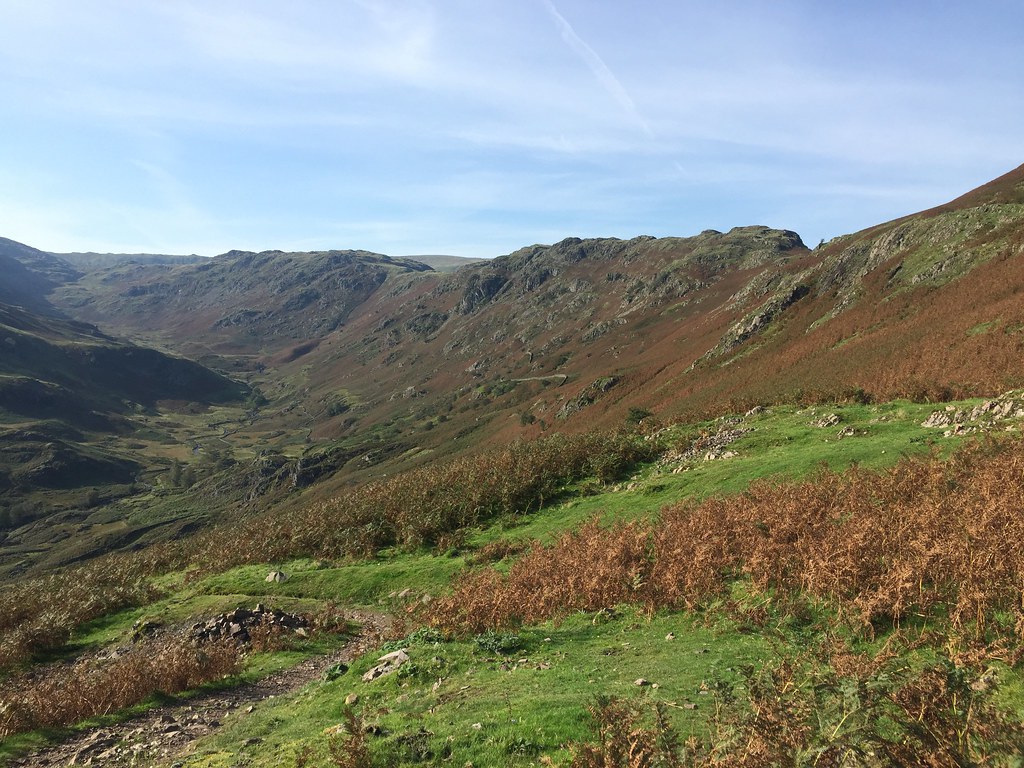 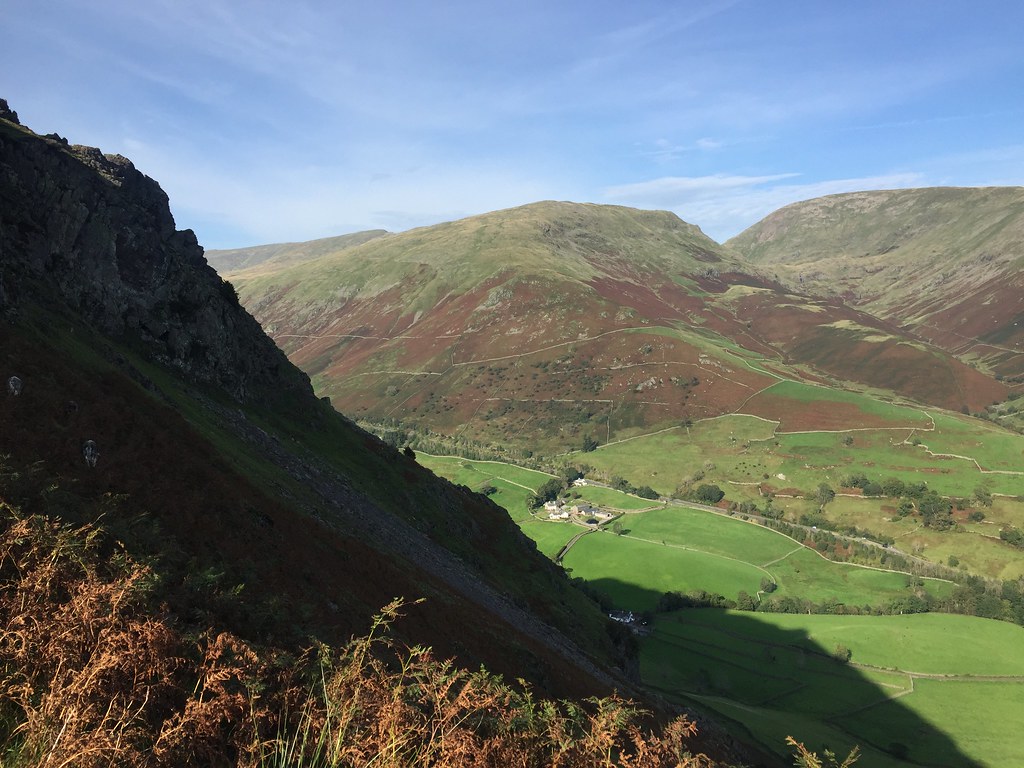 Across to Seat Sandal 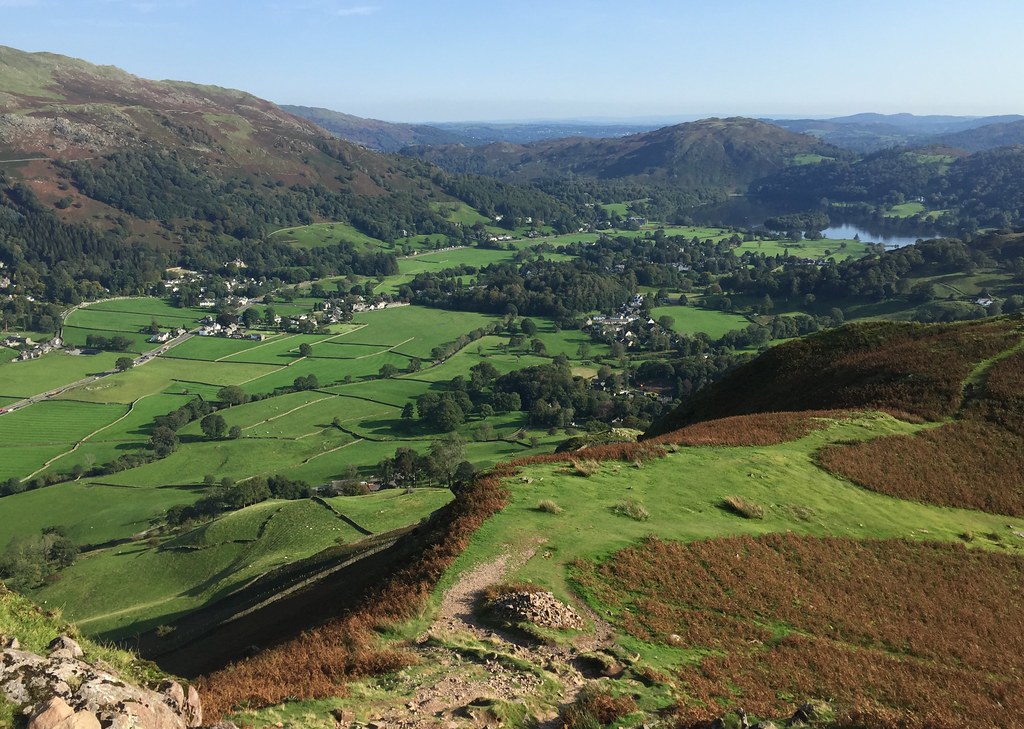 After passing another outcrop, we arrived at the Howitzer, and I was curious as to how difficult it would be. Not too bad as it turned out, although harder than I thought it might be given the lack of description in most places. The worst thing about it was that it was flying ant season on the summit! 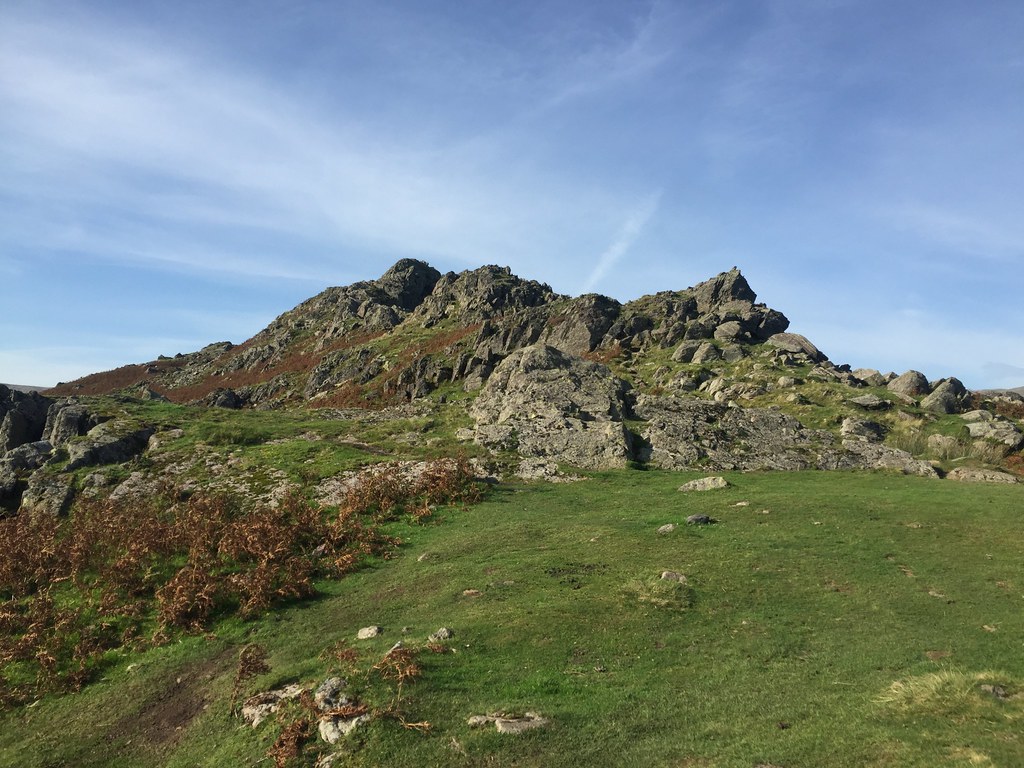 Approaching the summit of Helm Crag 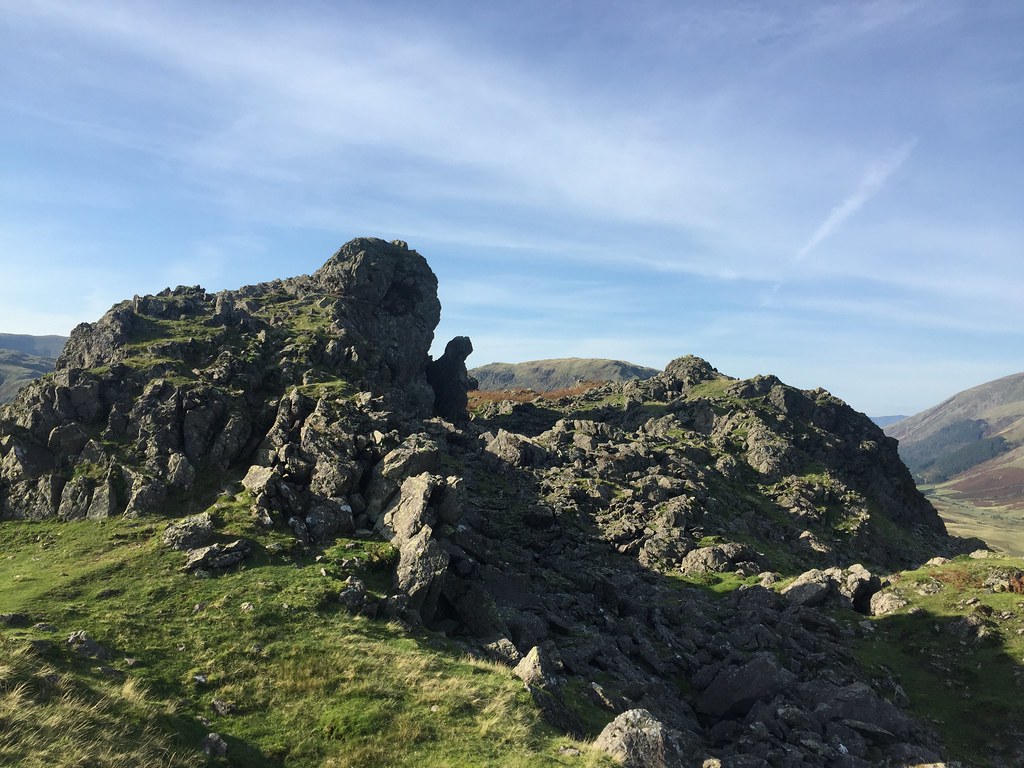 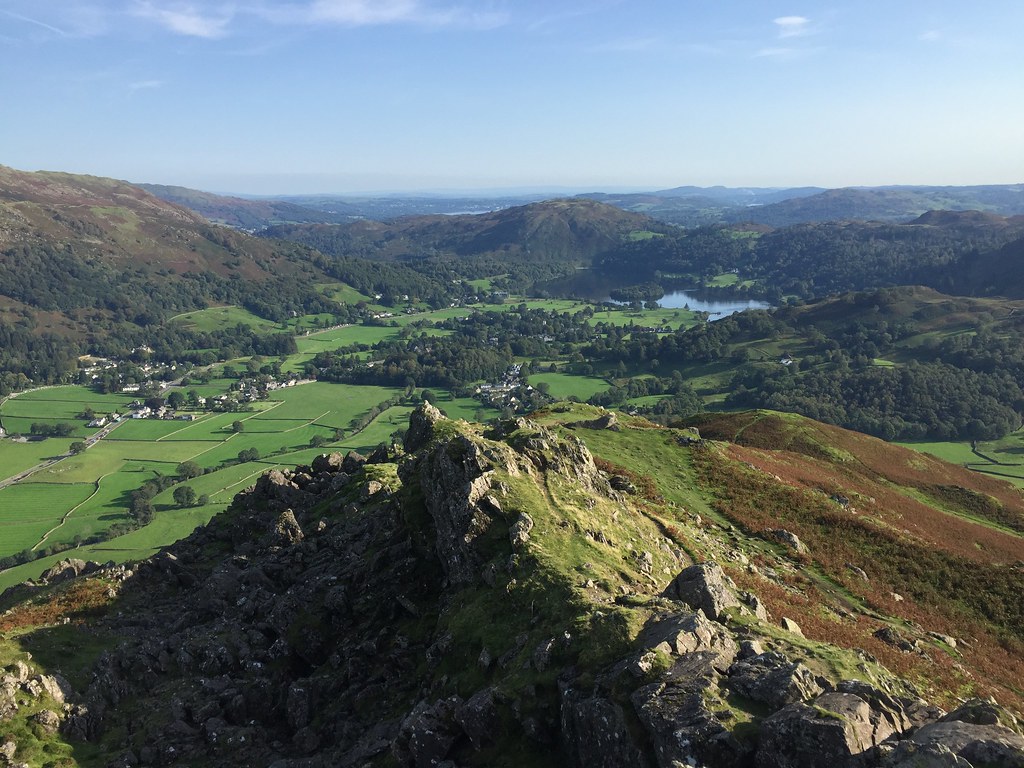 Jackie was a bit out of practice when it came to scrambling and needed a bit of encouragement. She hadn't had any issued on Stac Pollaidh last month and I reckoned this was slightly easier than the key move on that - I suppose confidence for these things tends to come and go. 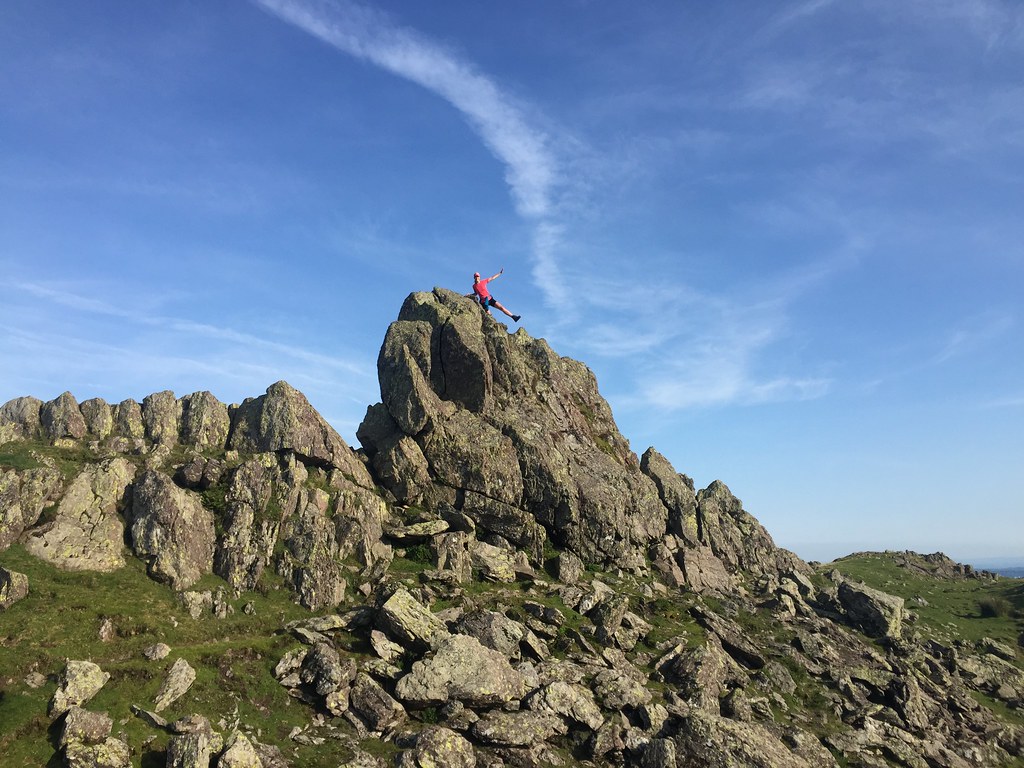 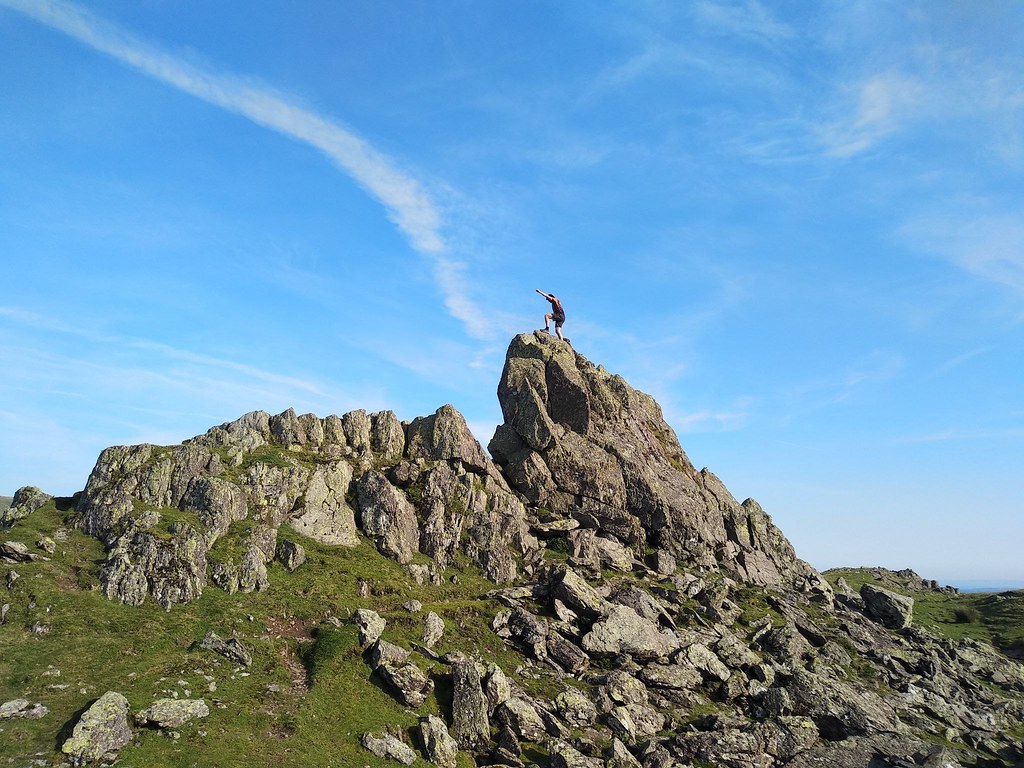 Me on Helm Crag 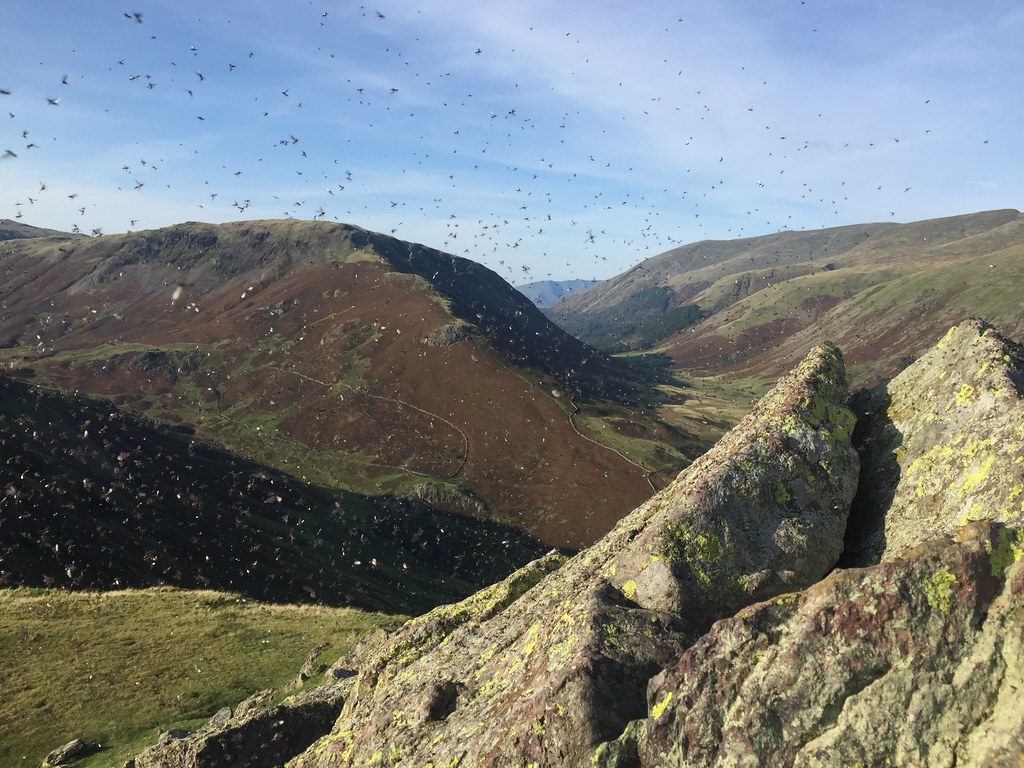 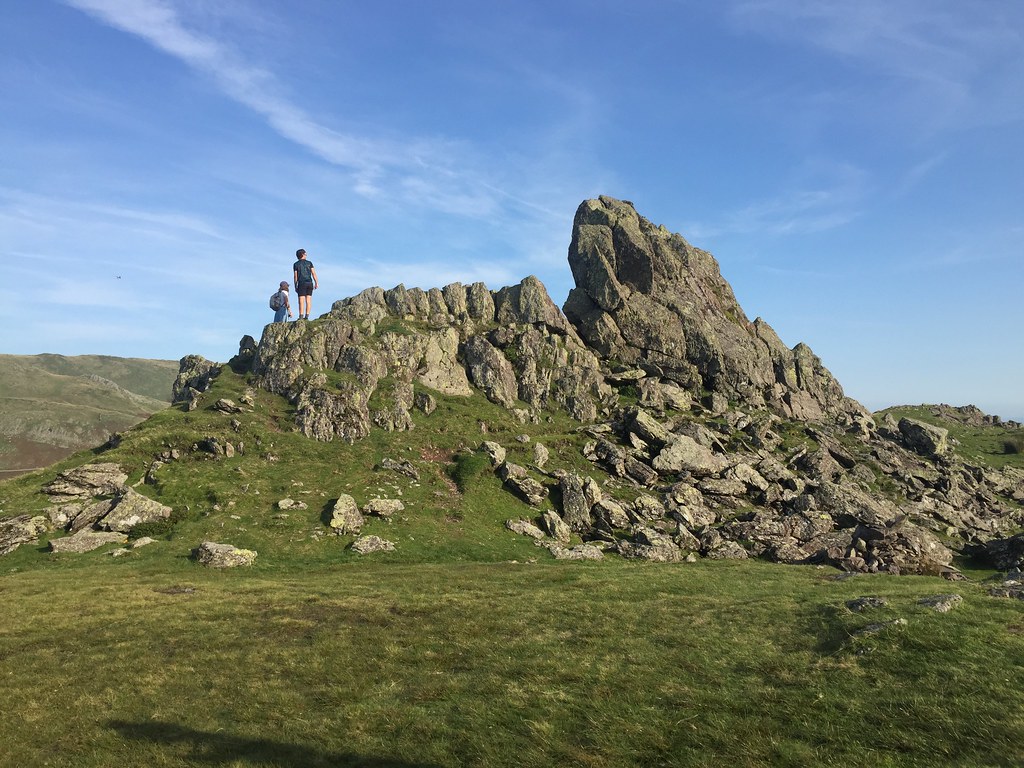 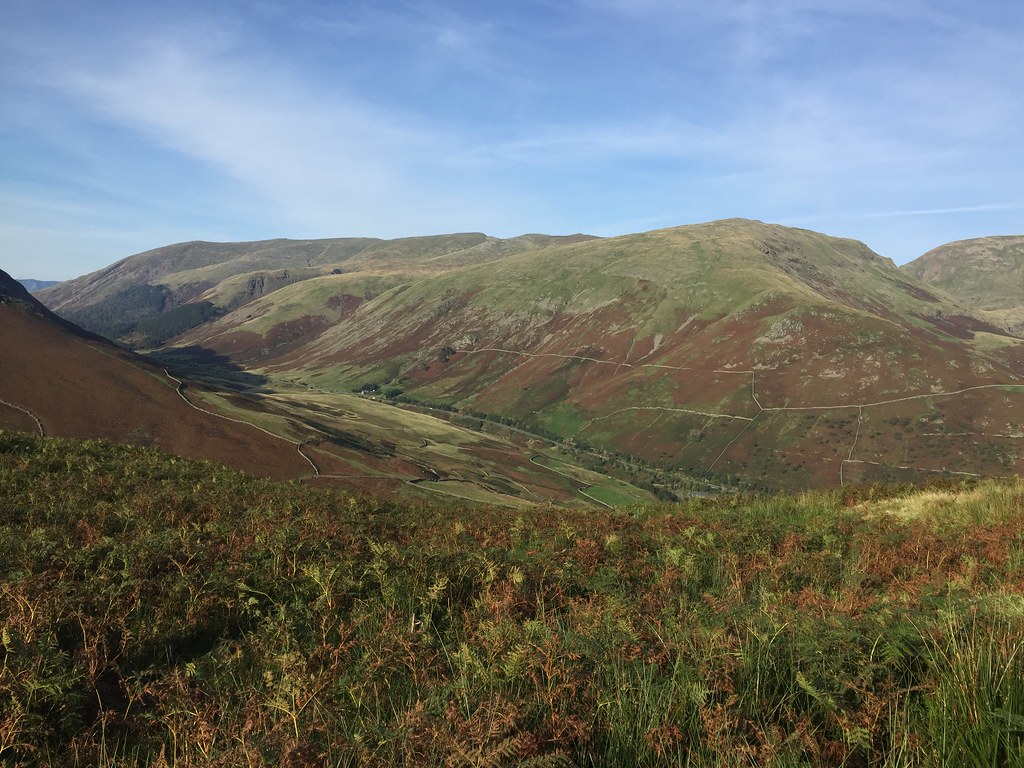 Across to the Helvellyn

I had just persuaded Jackie that we could drop into Easdale to make a circular route when I decided to look at the map. Gibson Knott was also a Wainwright - why not nip over to that first? Ditching any thoughts of making the gingerbread shop, we did just that, dodging another cloud of flying ants on the summit. 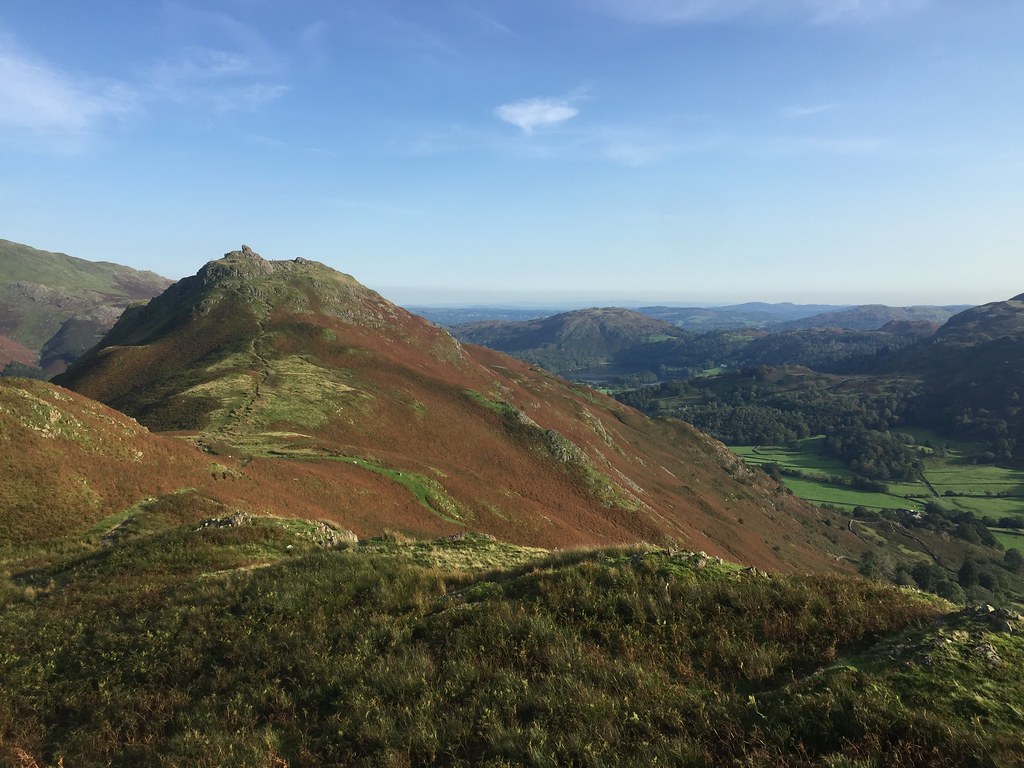 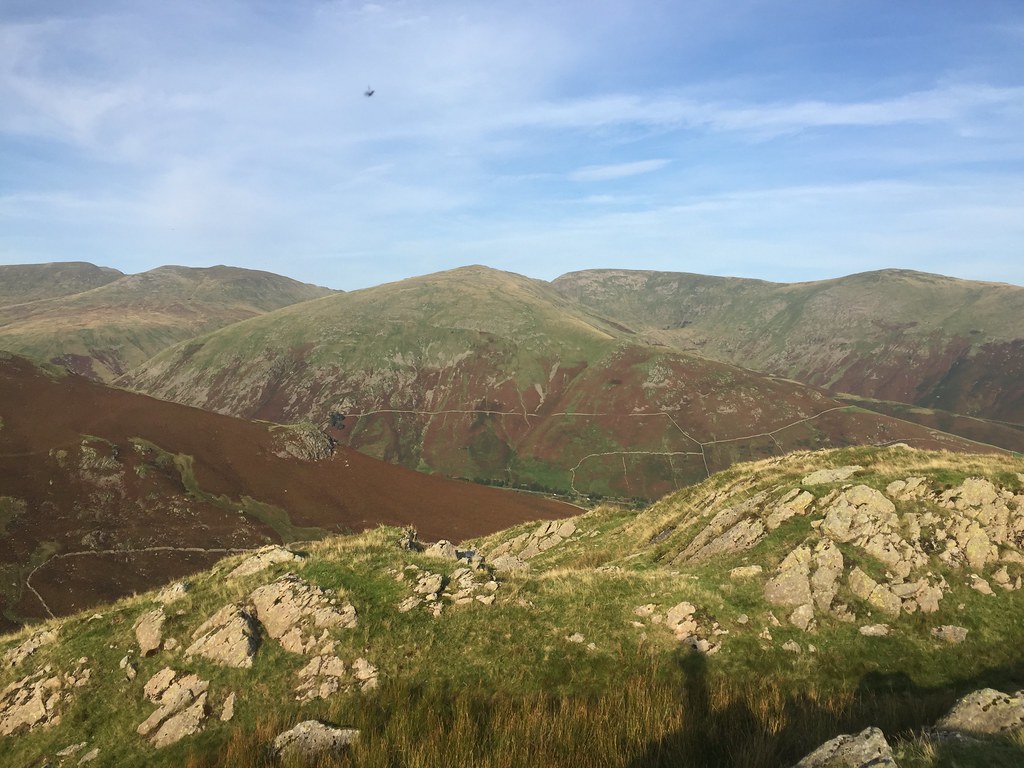 Descent was easy, but a little boggy lower down. Once we hit the farm track, the going was drier back to the bikes, and we headed home via the flatter (but slightly less flat than I had suggested) route through Rydal and Skelwith Bridge. 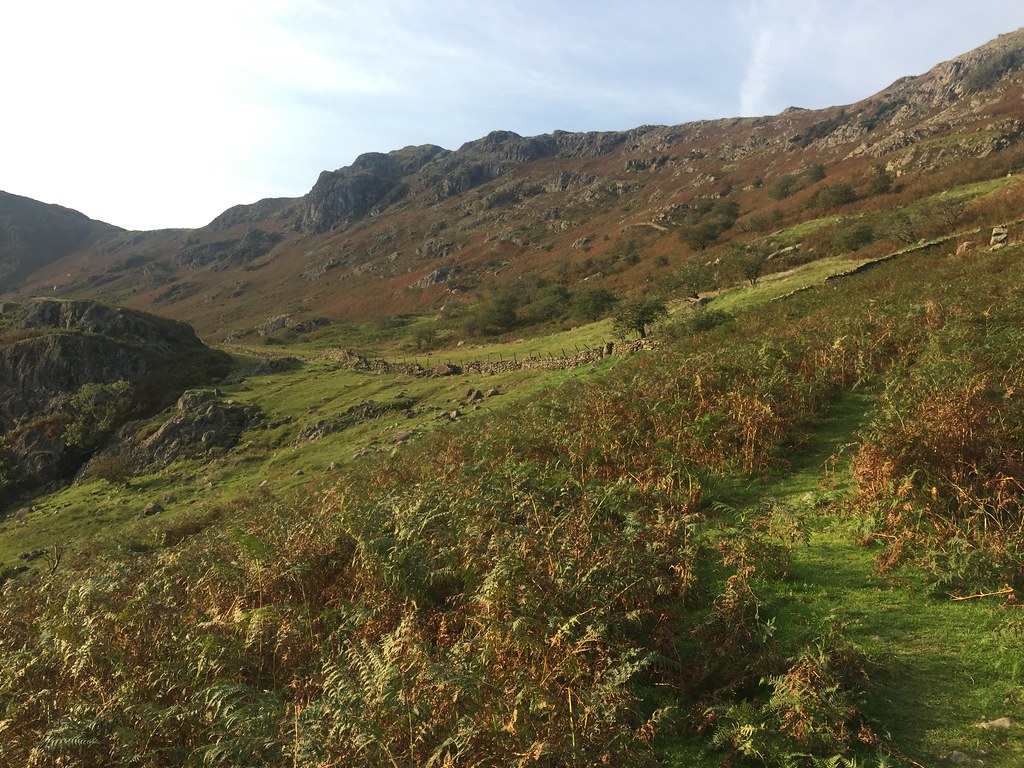 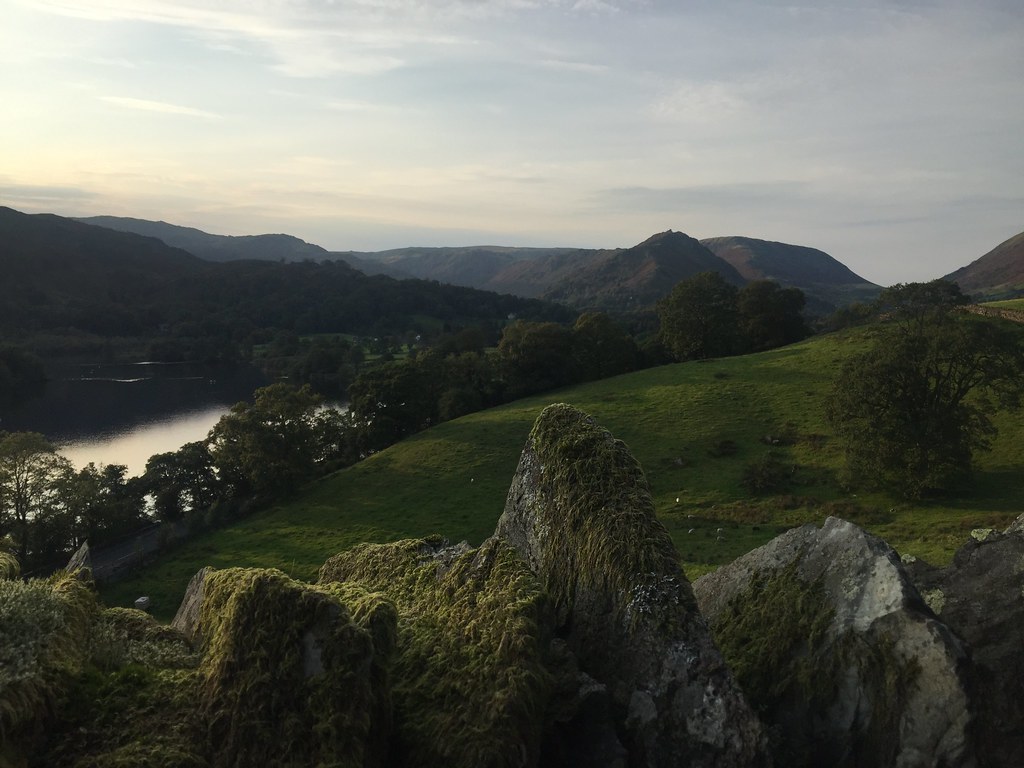 Helm Crag from above Rydal Water