Stupid idea - a circuit of Windermere (with added Marilyn)

Stupid idea - a circuit of Windermere (with added Marilyn)

It had been a remarkable week so far - I'd managed to do things every day since we'd arrived (as well as working Monday to Thursday) and although I had been limited in what I could do and careful not to over-do it, I wasn't feeling too bad. At the moment I seem to be able to do more cycling without feeling awful so we thought we'd take the bikes for a spin after work. I like going around things, so I'd suggested a cycle around Windermere.

We left Langdale and passed through Ambleside. After this it got pretty busy - probably didn't help that the weather was good and the whole world was trying to get somewhere. After Bowness we turned off the main road and climbed up towards Winster. It got very hilly around here and we met a tractor on possibly the narrowest bit of road in the country (if only it had been a magic tractor and turned into a field

) The views were spectacular though! 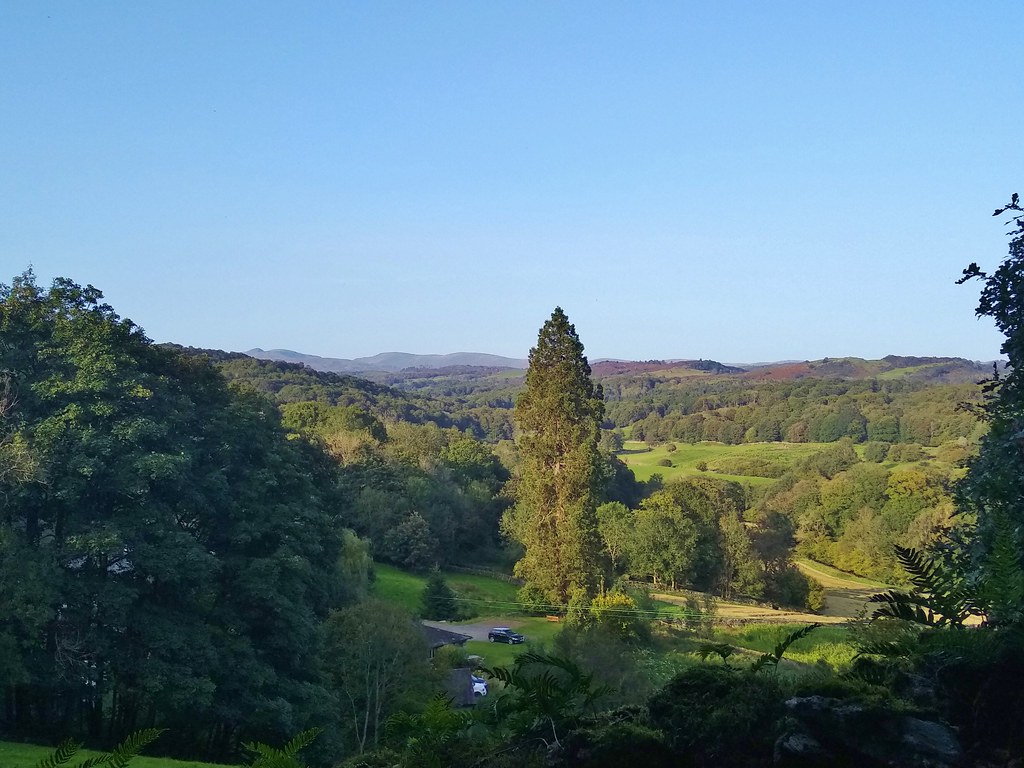 There were some brutal climbs, and the hot weather was making life even more difficult as we climbed endless steep hills (turns out there were arrows on a lot of them that hadn't showed up on the less detailed map

) but at last we had arrived at the Gummer's How start point - when I'd suggested a cycle, Malky had made sure to include a Marilyn on it; although he claims it was to avoid the main road 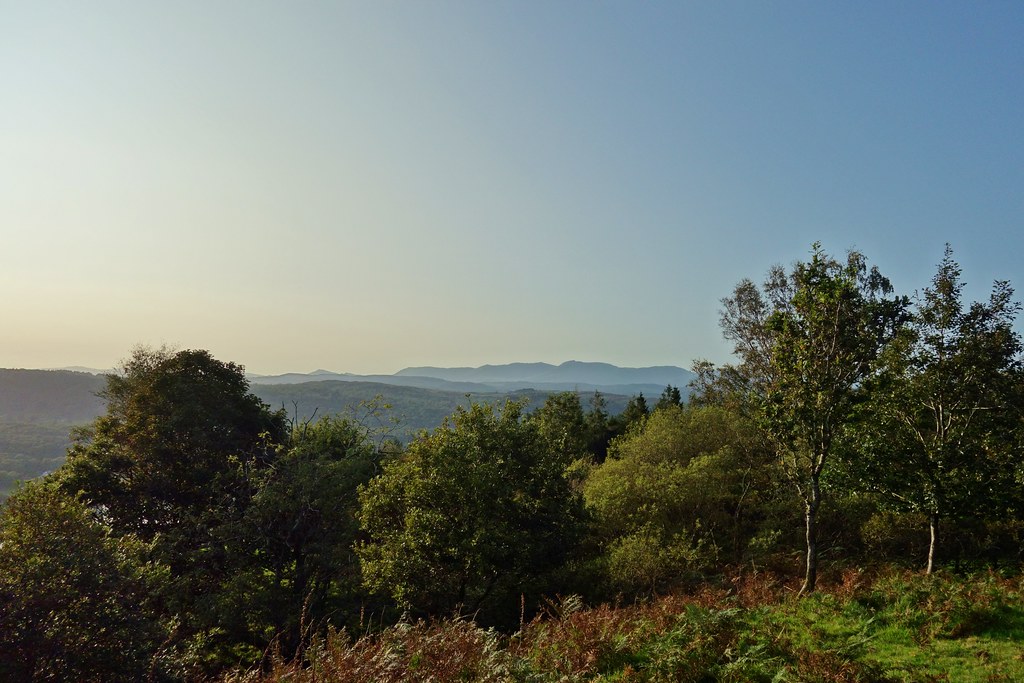 After a short breather and some water, we headed along the well-built path, which worryingly seemed to be going slightly downhill 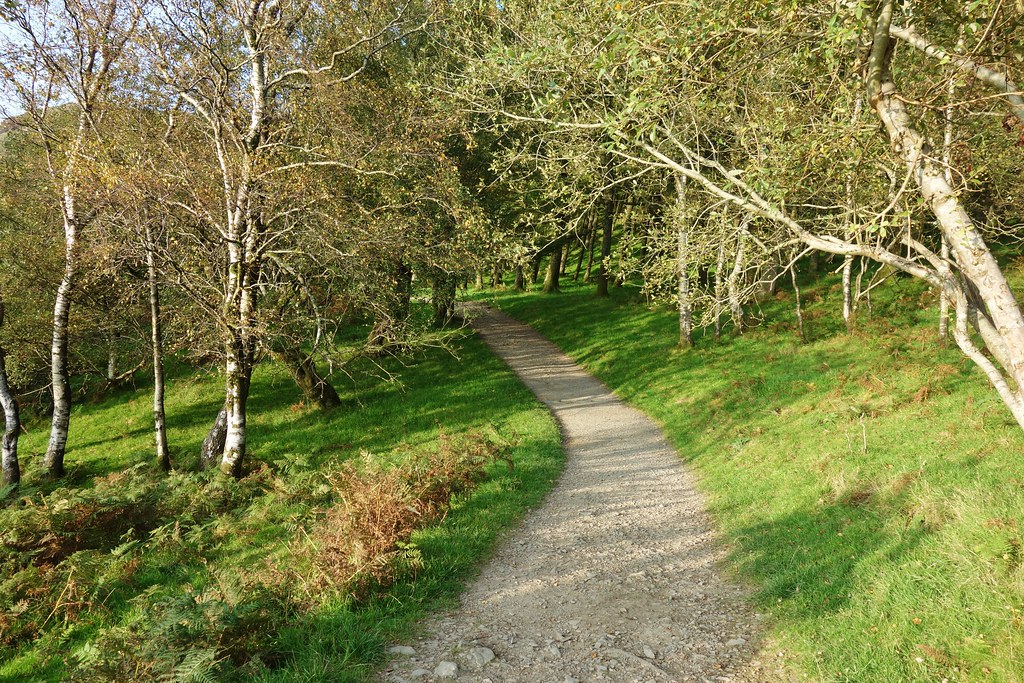 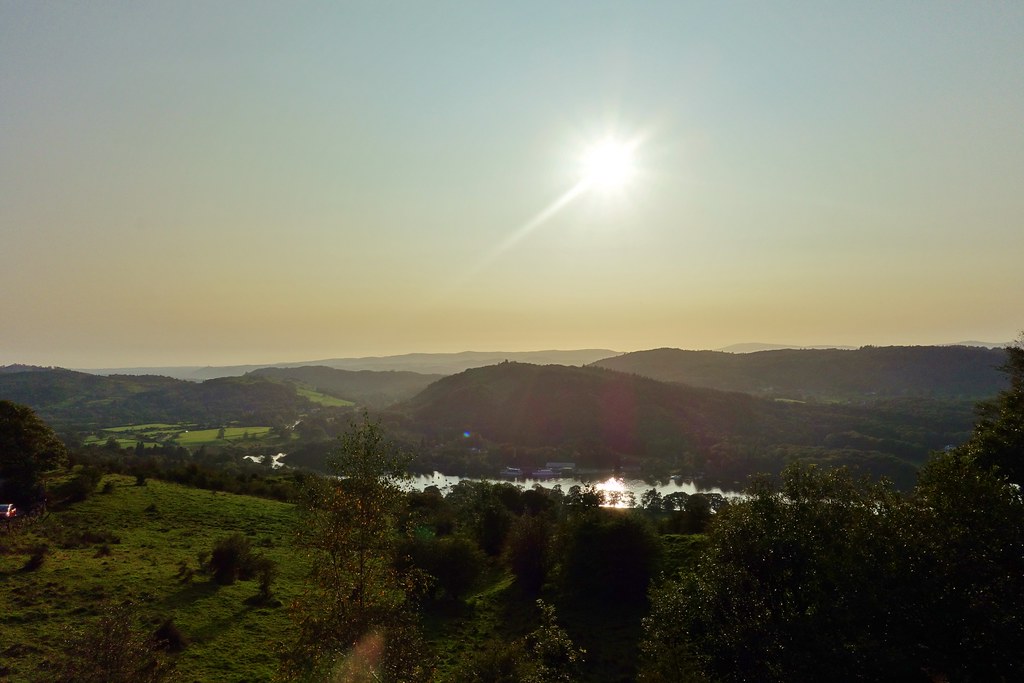 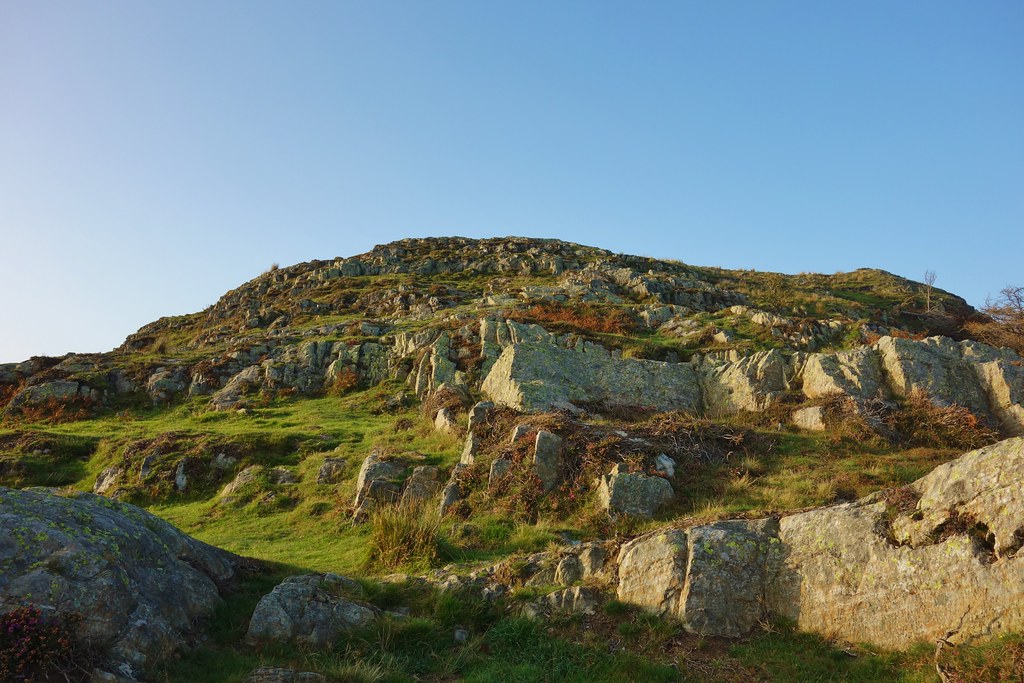 Although steep, the climb was mercifully short and before long we found ourselves at the summit of Gummer's How, looking down Windermere to Helvellyn and High Street 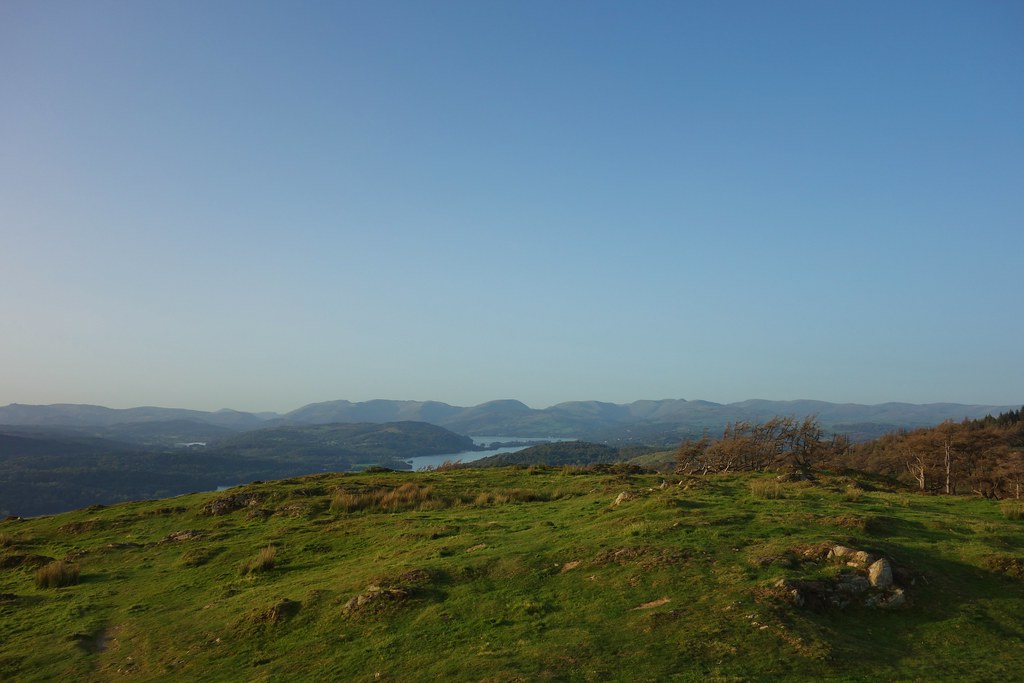 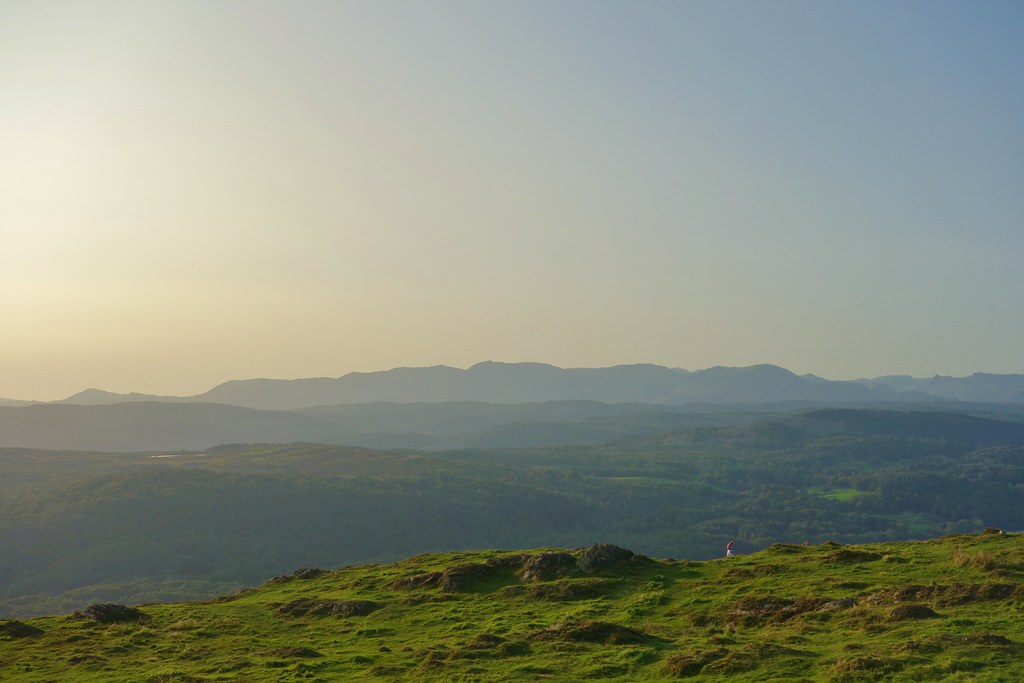 East towards the Dales 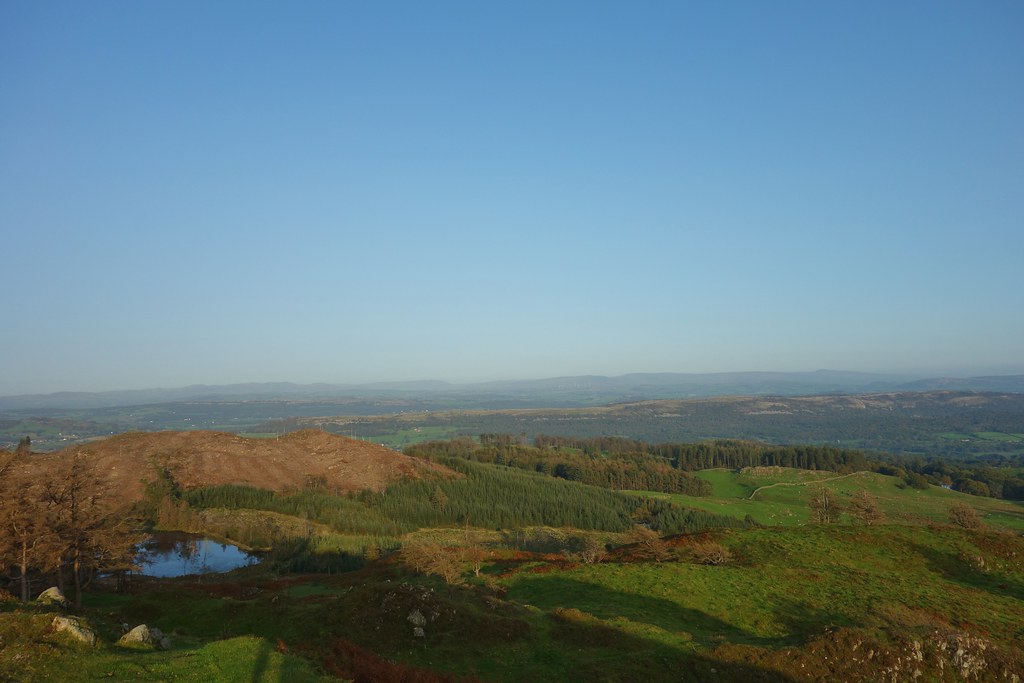 Selfie on Gummer's How 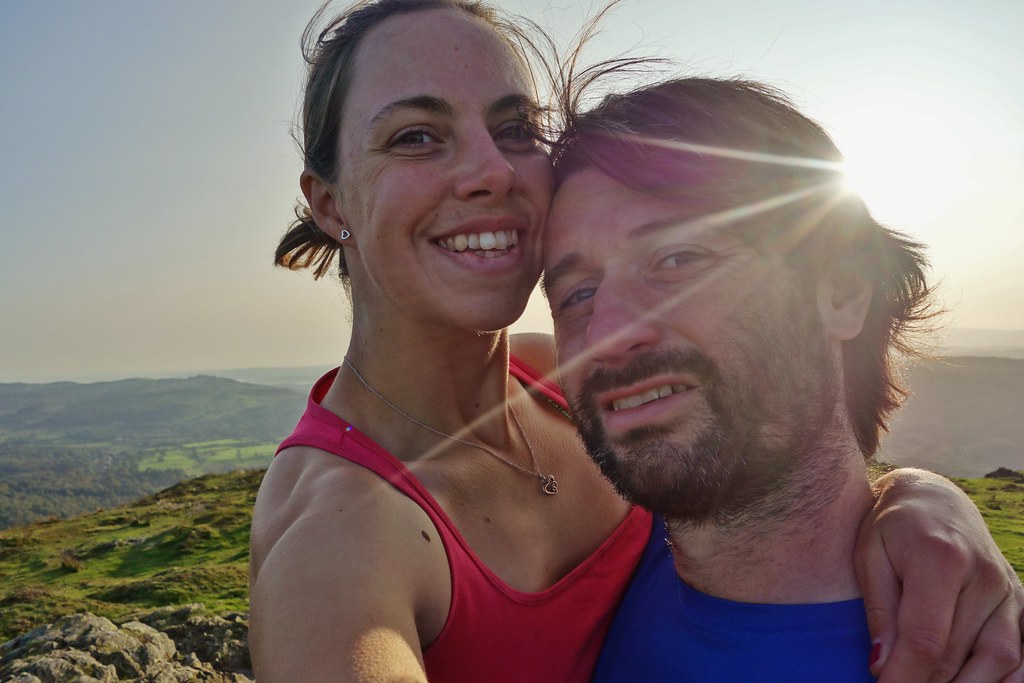 Asleep on my feet, literally 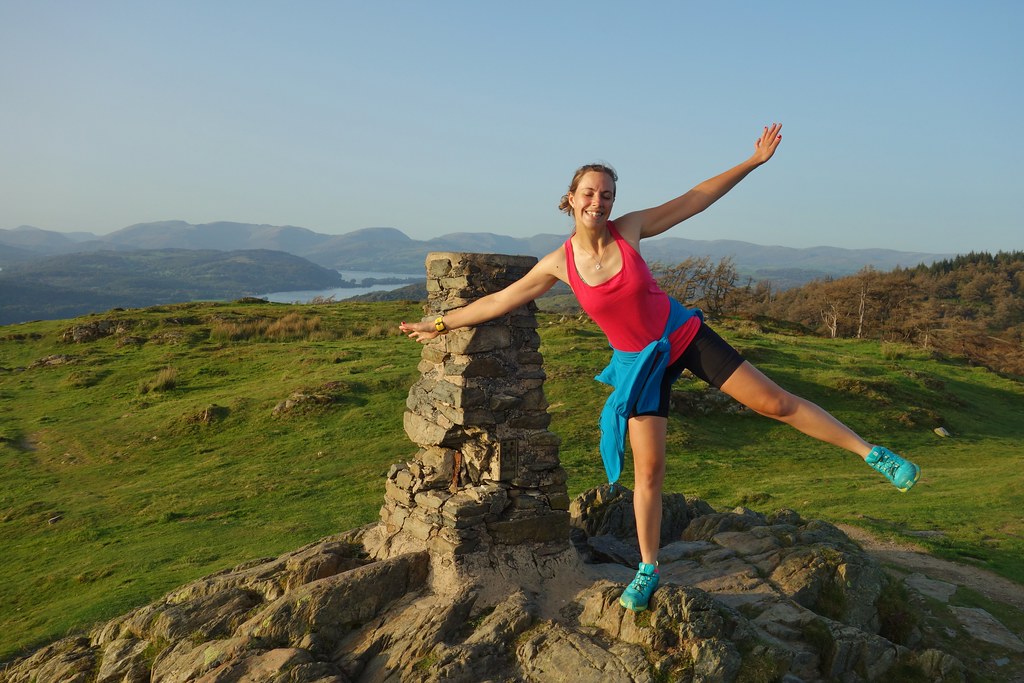 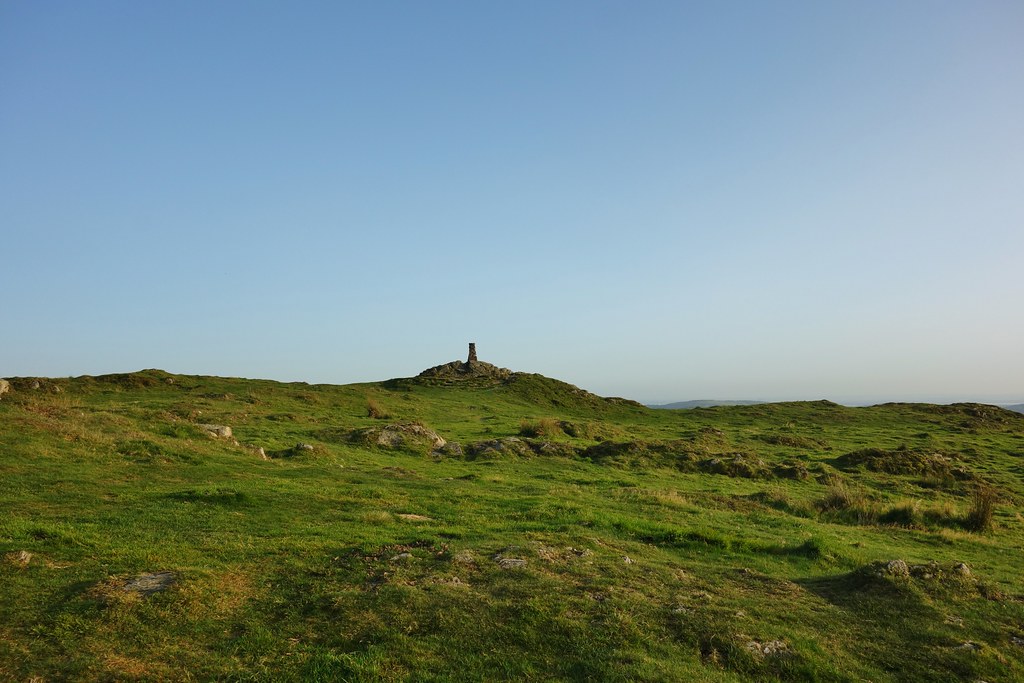 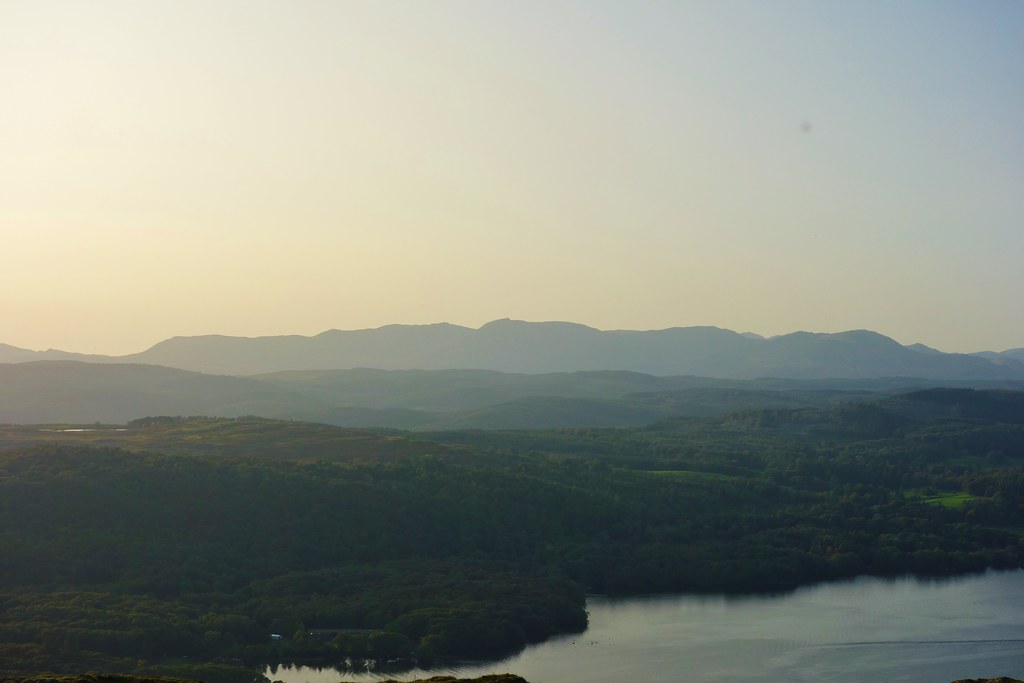 At this point we realised that we were only about halfway around and that I was shattered...I phoned my Mum to tell her that they should probably just eat dinner and not wait for us as we were going to be late! 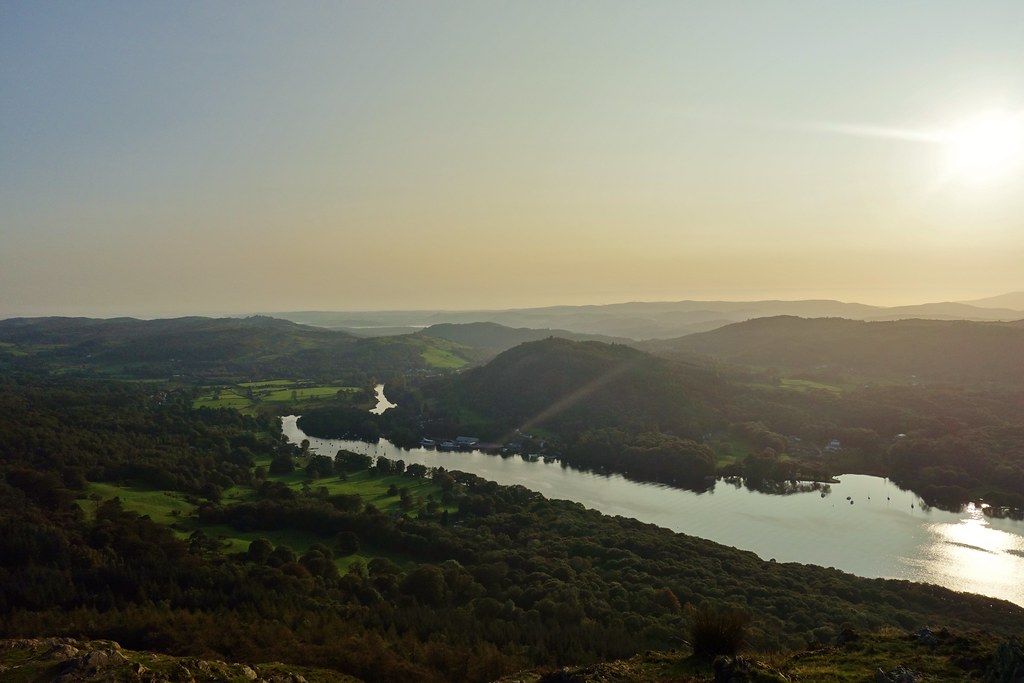 We started to head back down 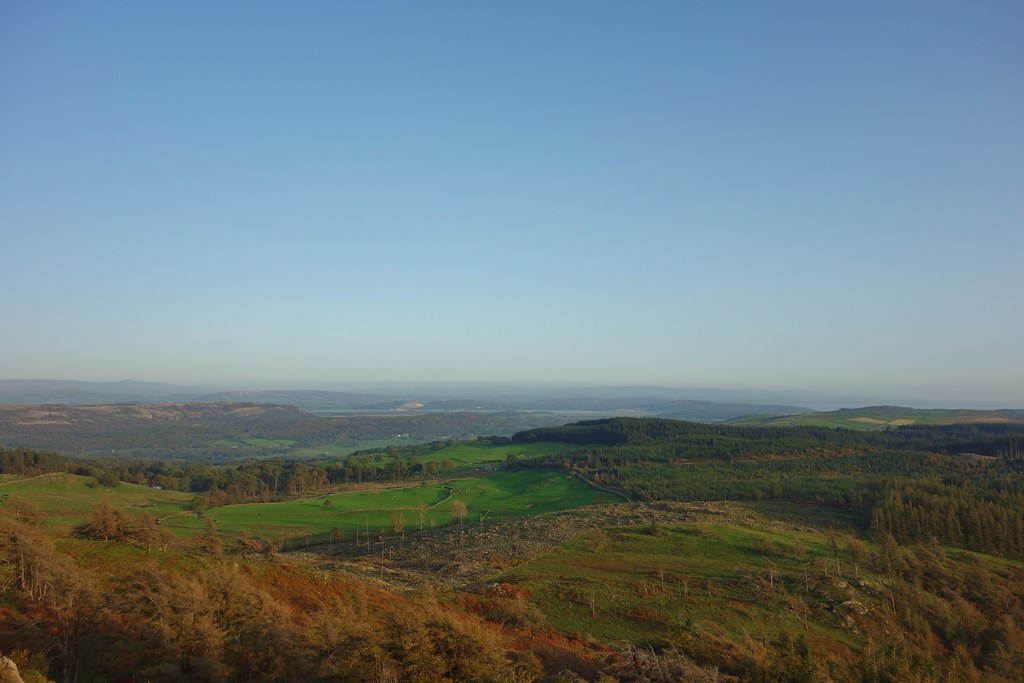 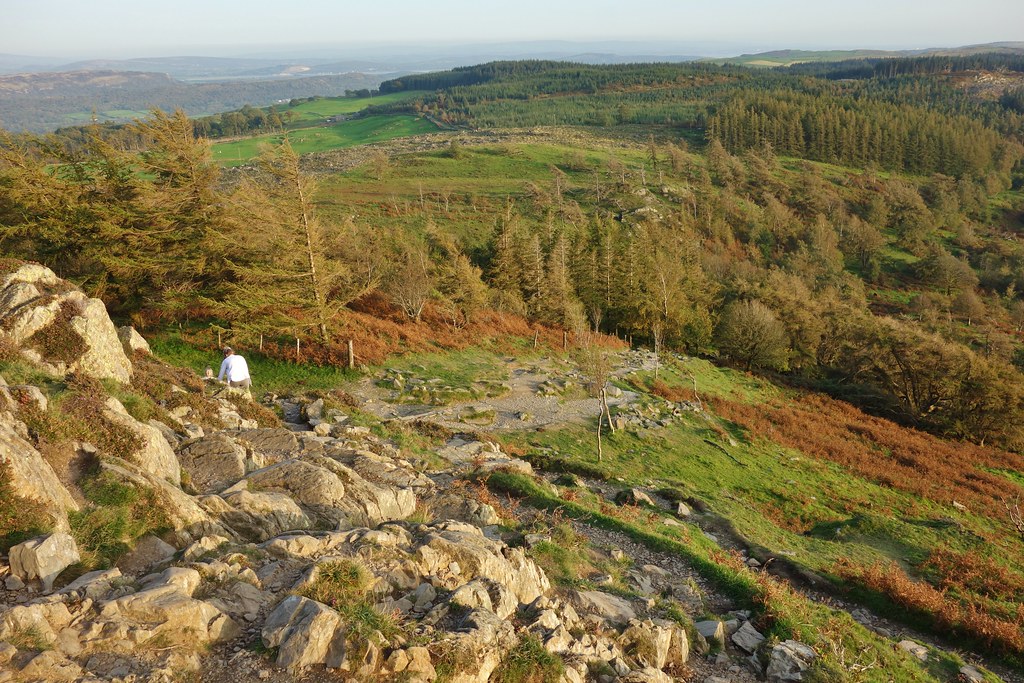 Apparently these are cows from the isle of Luing! 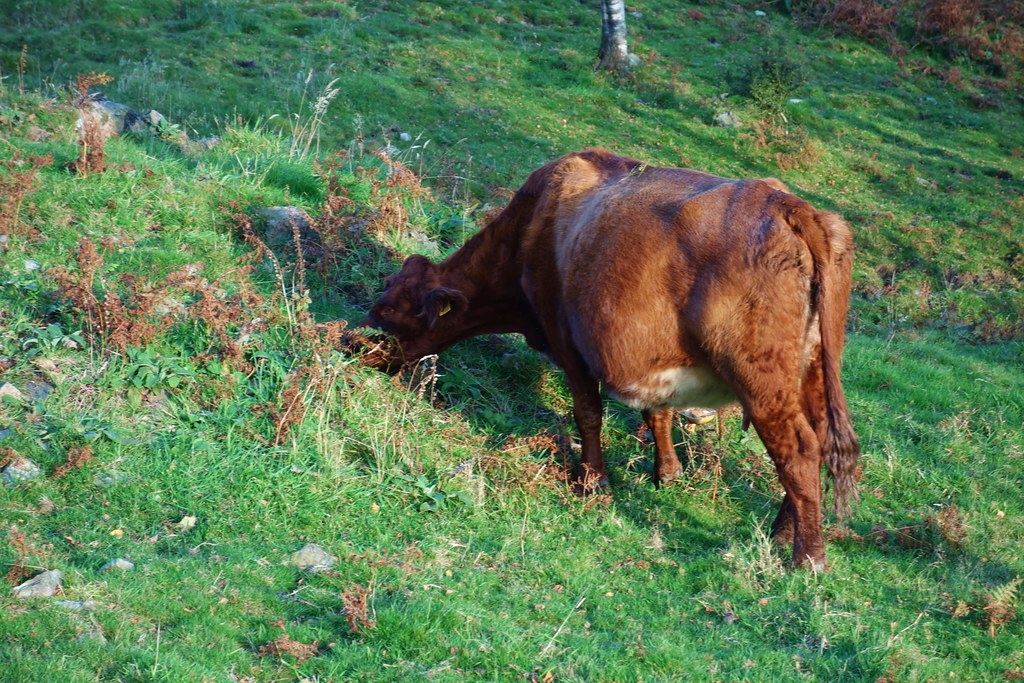 Back at the bikes I felt knackered

Fortunately it was an "easy" freewheel down the very steep hill - stopping for a picture of the whole of Windermere on the way.... 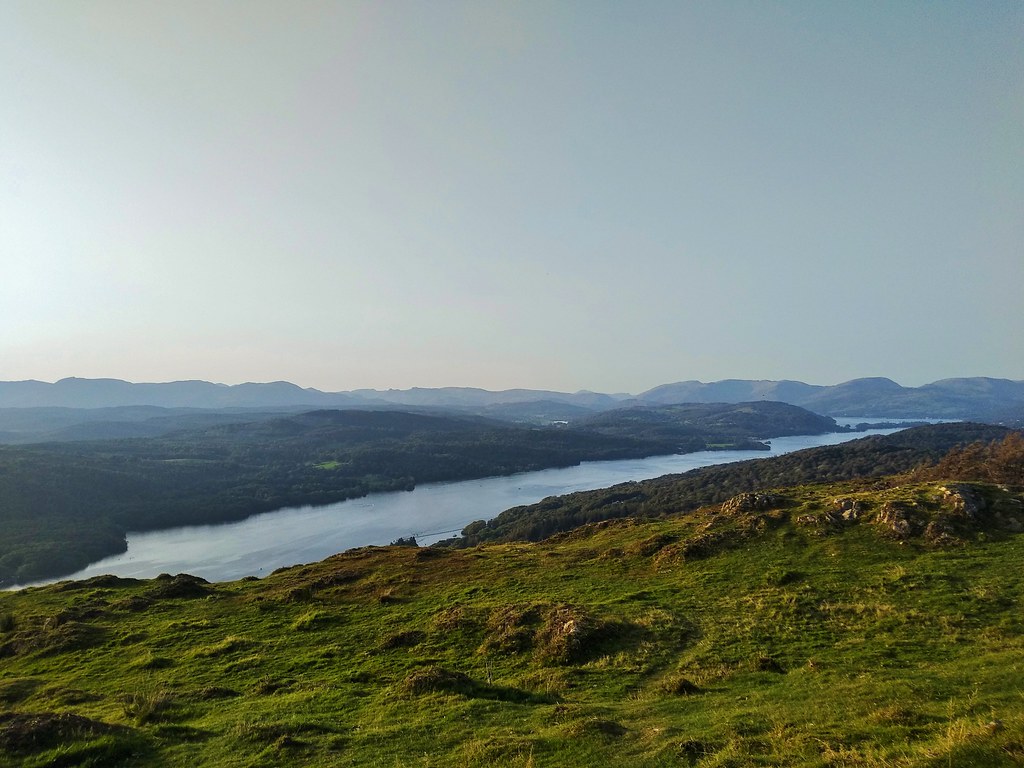 Glad that my brakes (and me!) had survived the challenge, we got on with the return cycle - although not as hilly as the outward route there were still a lot of hills. We did note that despite having cycled around Windermere we hadn't seen an awful lot of it

The light disappeared and it got very cold, especially in the glens where we would drop into freezing temperatures before climbing back out into warm spots! The lights went on relatively quickly and as we passed through Hawkshead the light had gone completely 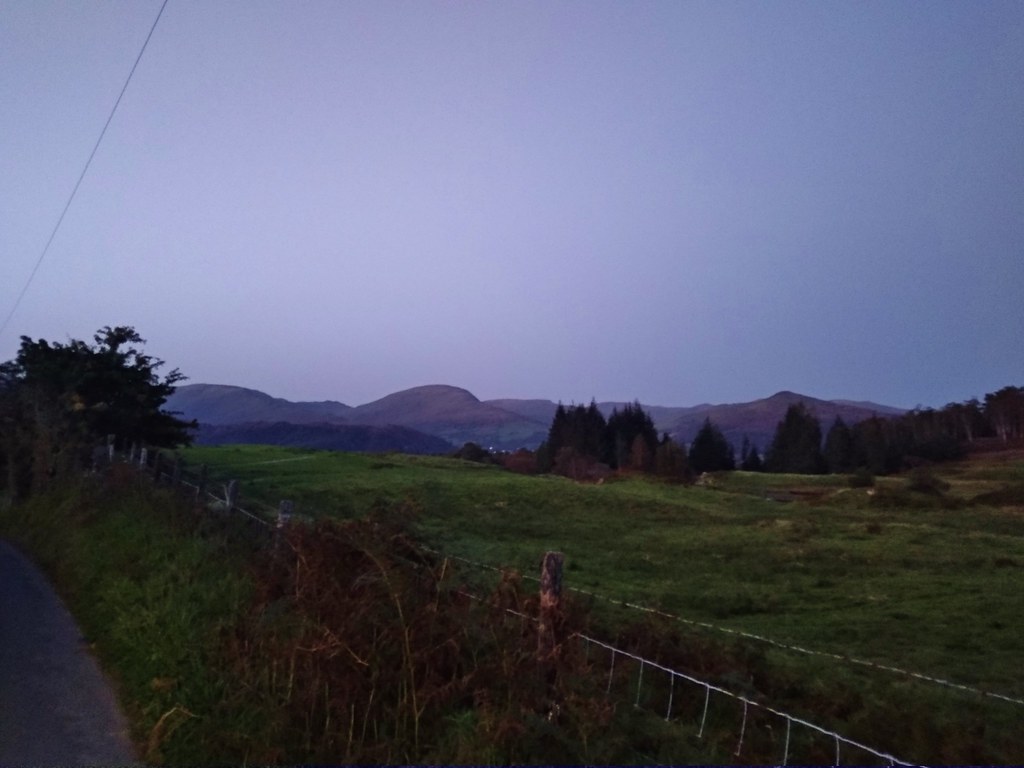 We were very pleased to be back in Langdale - turns out that my parents hadn't deliberately waited for us, they'd just sort of forgotten to start cooking early enough, so we even had time for a quick shower each before food miraculously appeared on the table

activity_5552263970.gpx Open full screen  NB: Walkhighlands is not responsible for the accuracy of gpx files in users posts

Gummer_s_How.gpx Open full screen  NB: Walkhighlands is not responsible for the accuracy of gpx files in users posts