Black Fell and Gummer's How by bike

Black Fell and Gummer's How by bike

Two days that were relatively short in themselves so I have thrown them together into a single report. After Tuesday's exertions on the Coniston Fells and beyond, I was tired and quite glad that I had to work for the day. The afternoon still looked nice though, so shortly after 4pm, we decided to head out.

While I had been out on my long walk on Tuesday, Jackie had cycled out towards Coniston and nipped up Holme Fell in the afternoon. We had something similar planned for today, but on the slightly closer and lower Black Fell. We set off through Elterwater, the road then becoming first steeper towards Skelwith, and then busier as we ended up on the main Coniston road at rush hour. 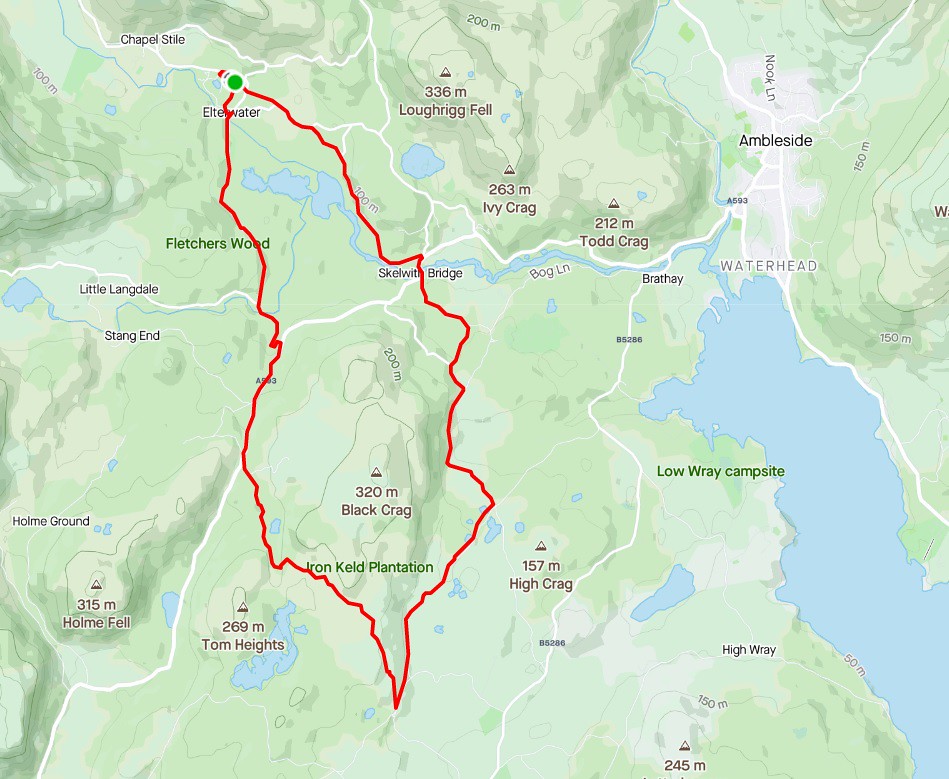 Not to worry - a mile or so before Tarn Hows, we turned off onto a byway. I had my suspicions about this, which turned out to be correct - it was rough! Jackie had encountered similar yesterday turning off towards Holme Fell at the same place. We made some progress on bikes along here, but once we hit a hill covered in rubble, we were off and pushing! 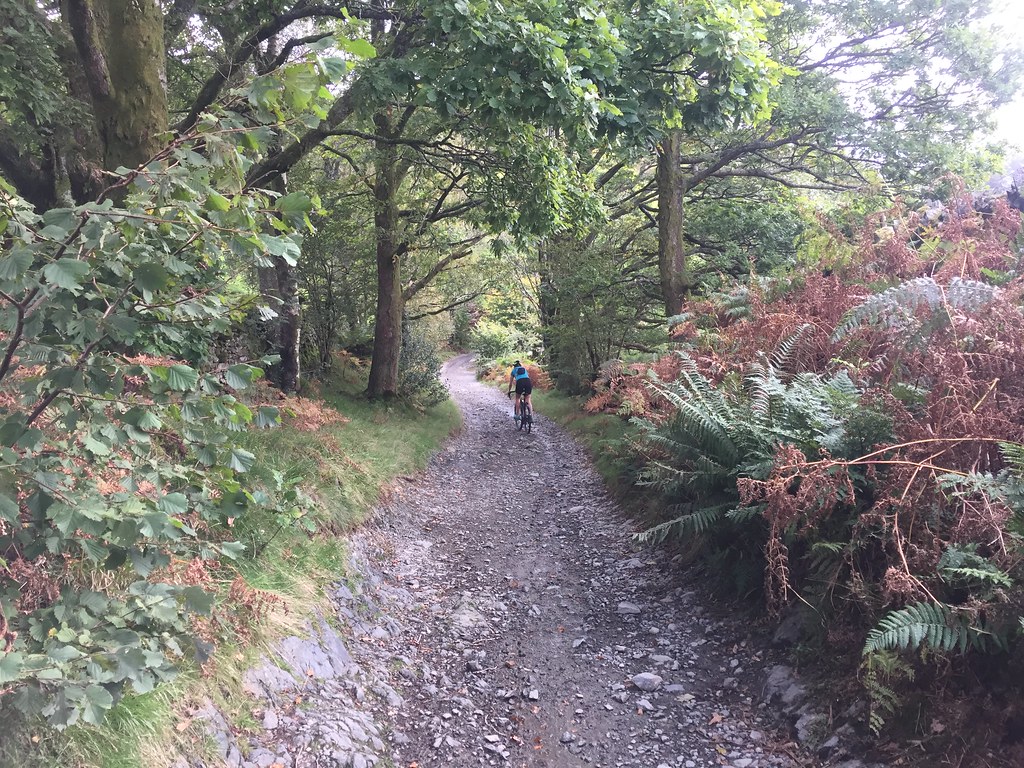 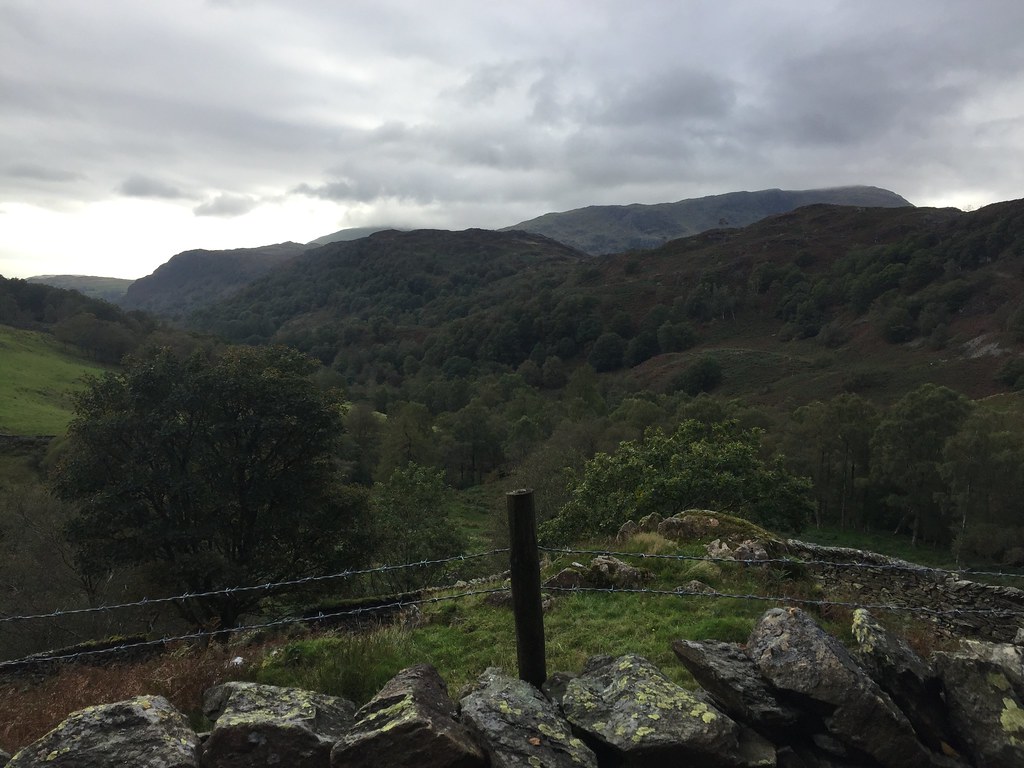 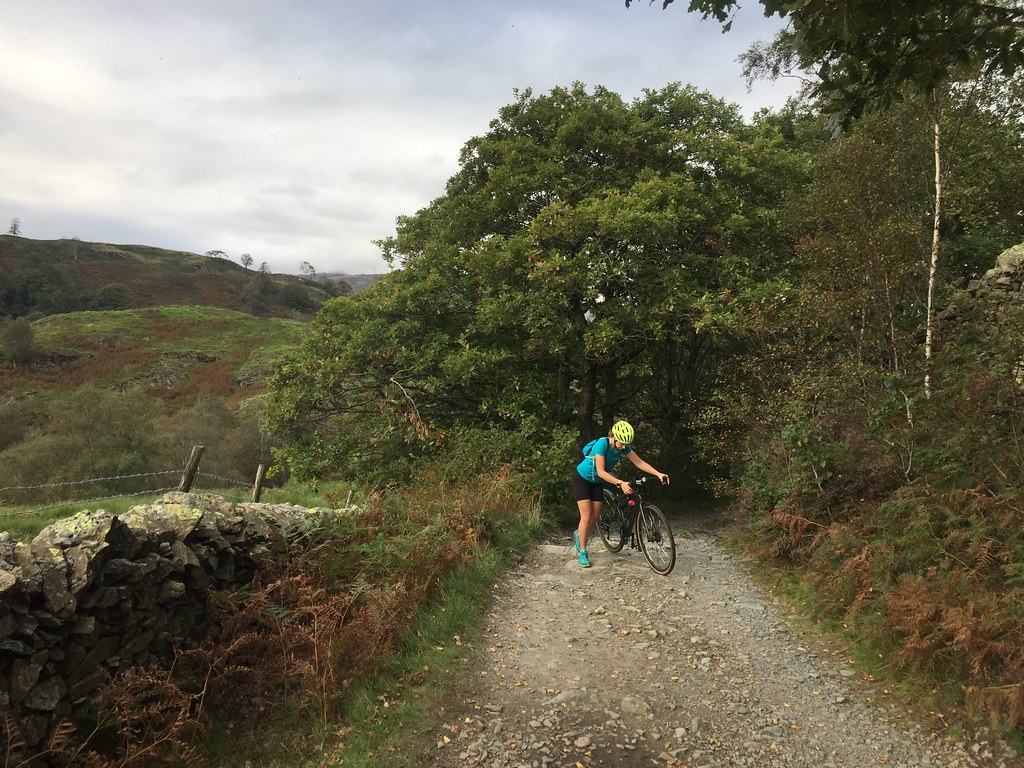 
our_route.gpx Open full screen  NB: Walkhighlands is not responsible for the accuracy of gpx files in users posts
At Iron Keld, we locked up the bikes and Jackie was unsure if she had the energy for any more. I had only persuaded her not to ditch the bike earlier by speculating that the track onwards towards Knipe Fold would be an easier way out after the walk (completely made up but turned out to be correct for once...

). We started walking up the bridleway. 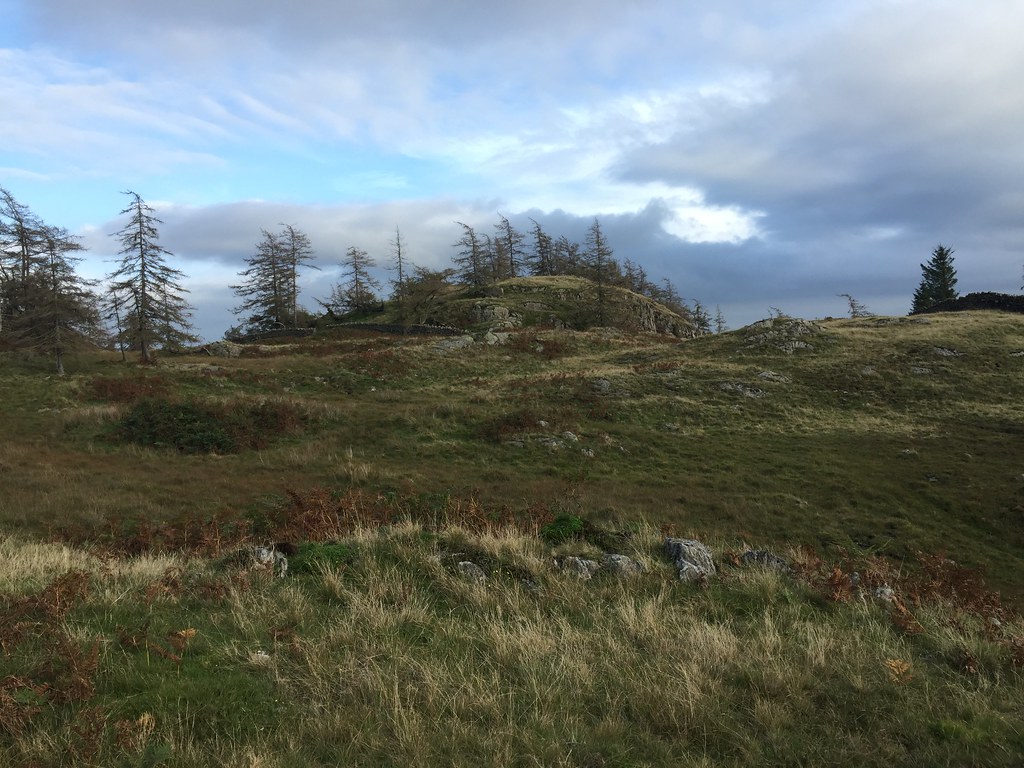 Out of the woods at Iron Keld

As hoped for, Jackie rebounded a bit, and anyway the summit of Black Fell was not far away and on a decent path. Once out of the woods and round the corner, the way ahead was clear. The weather at the top was not as good as some of the previous days, but still nicely atmospheric, the cloud hanging over some of the higher summits. 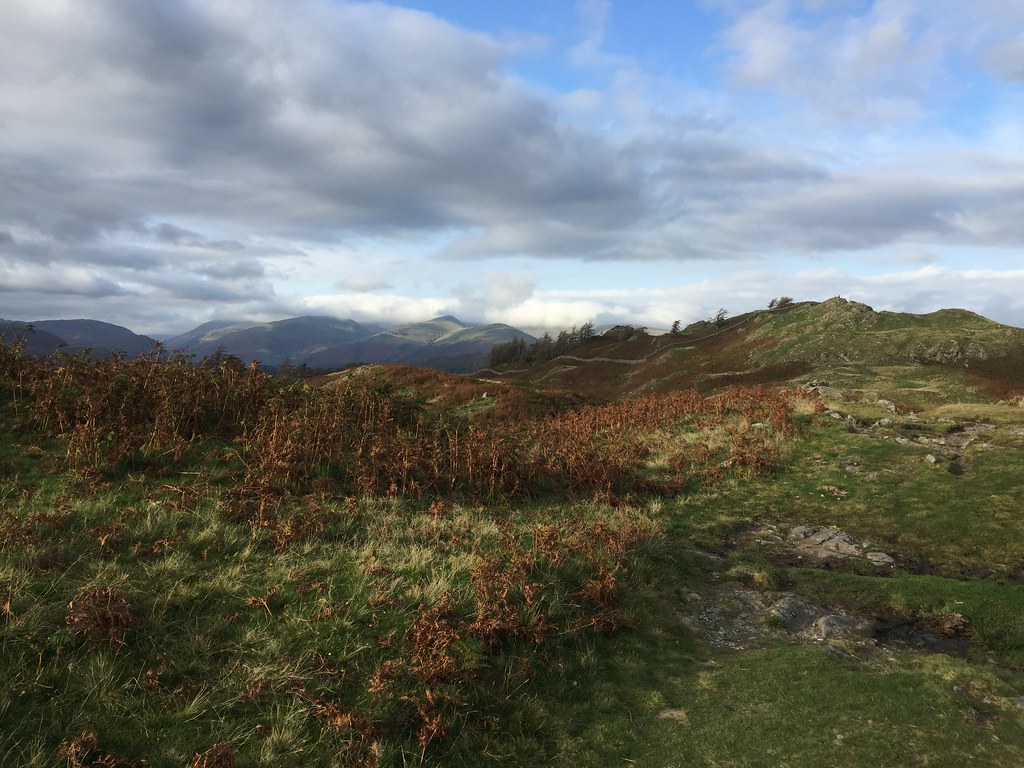 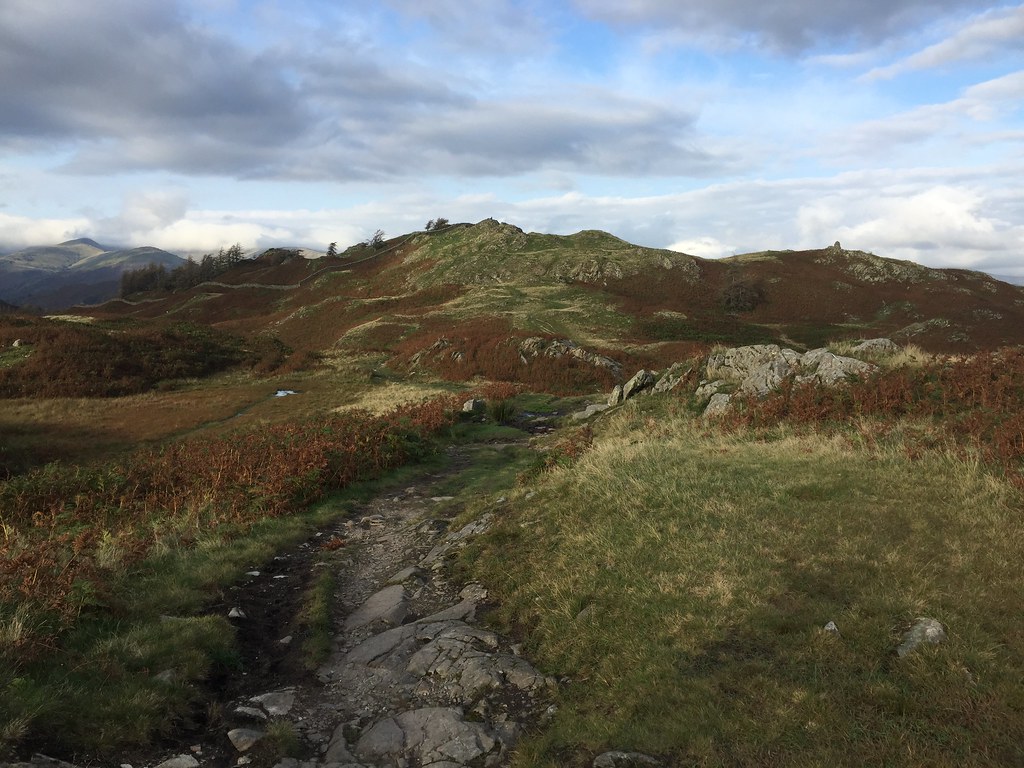 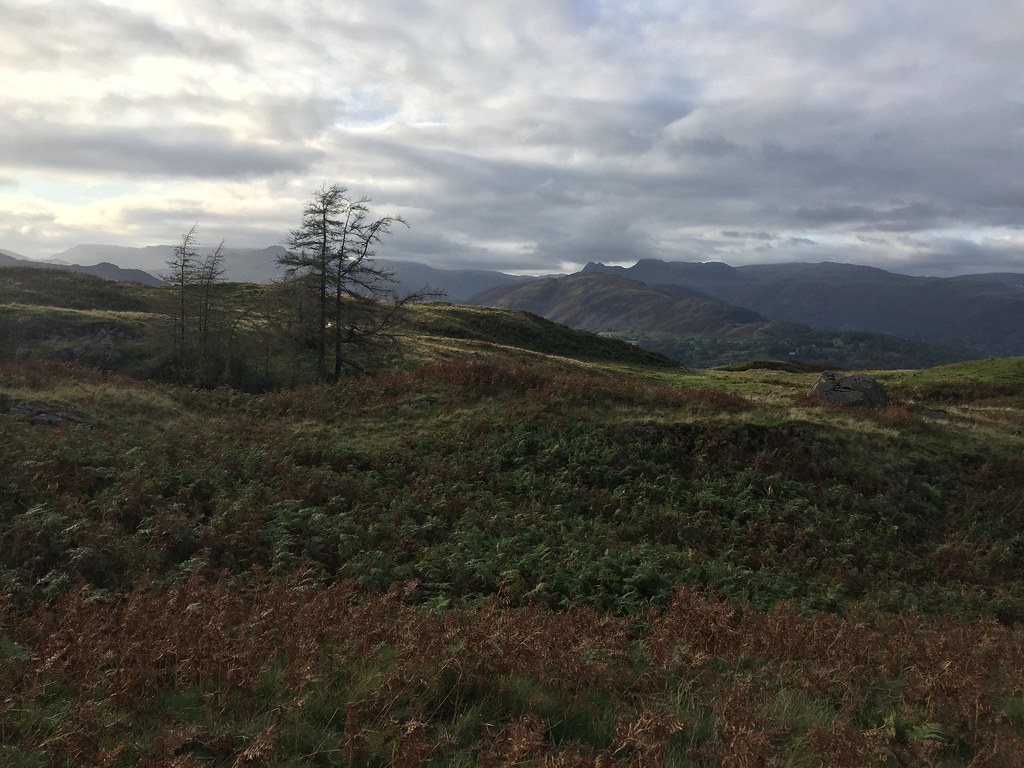 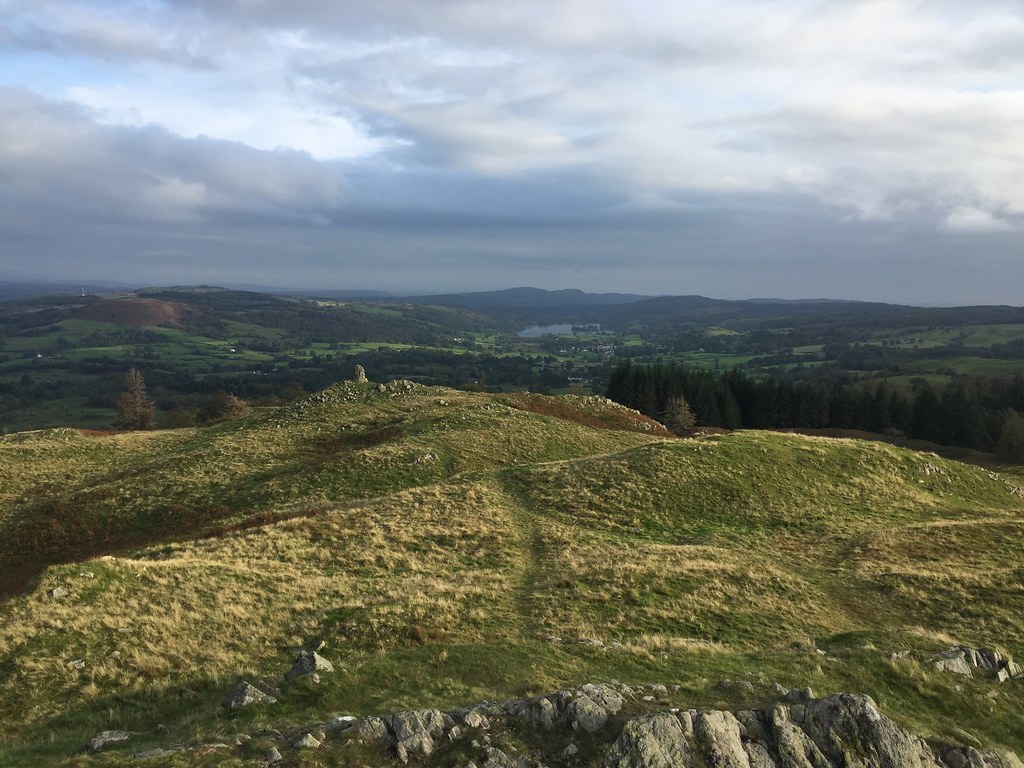 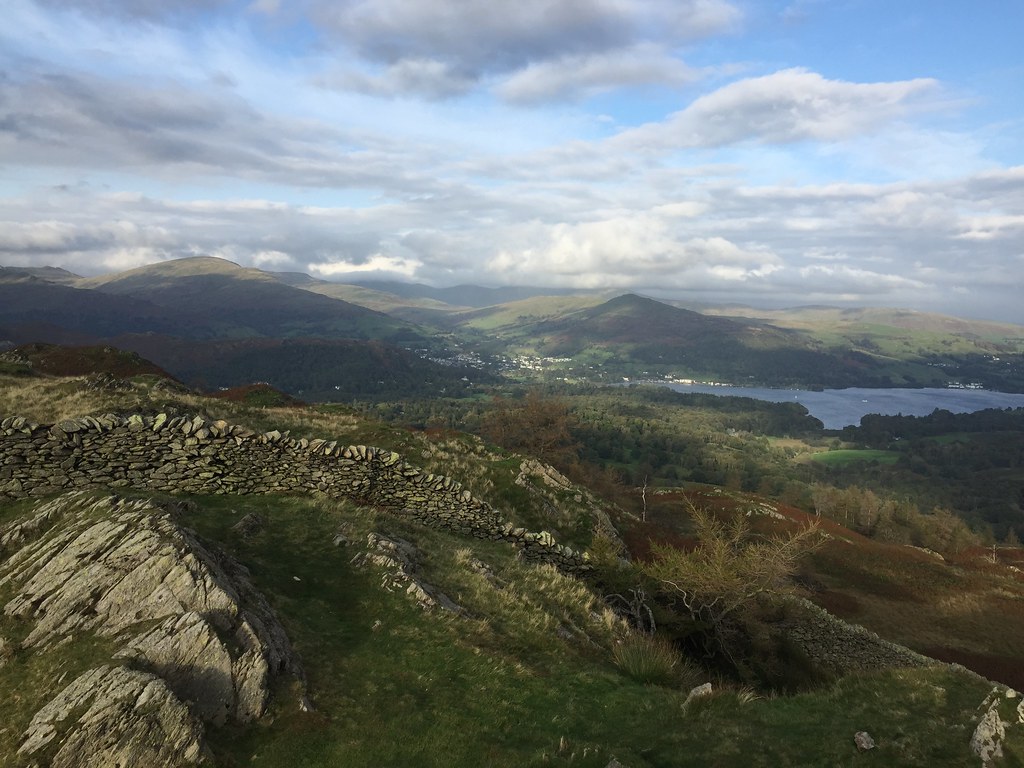 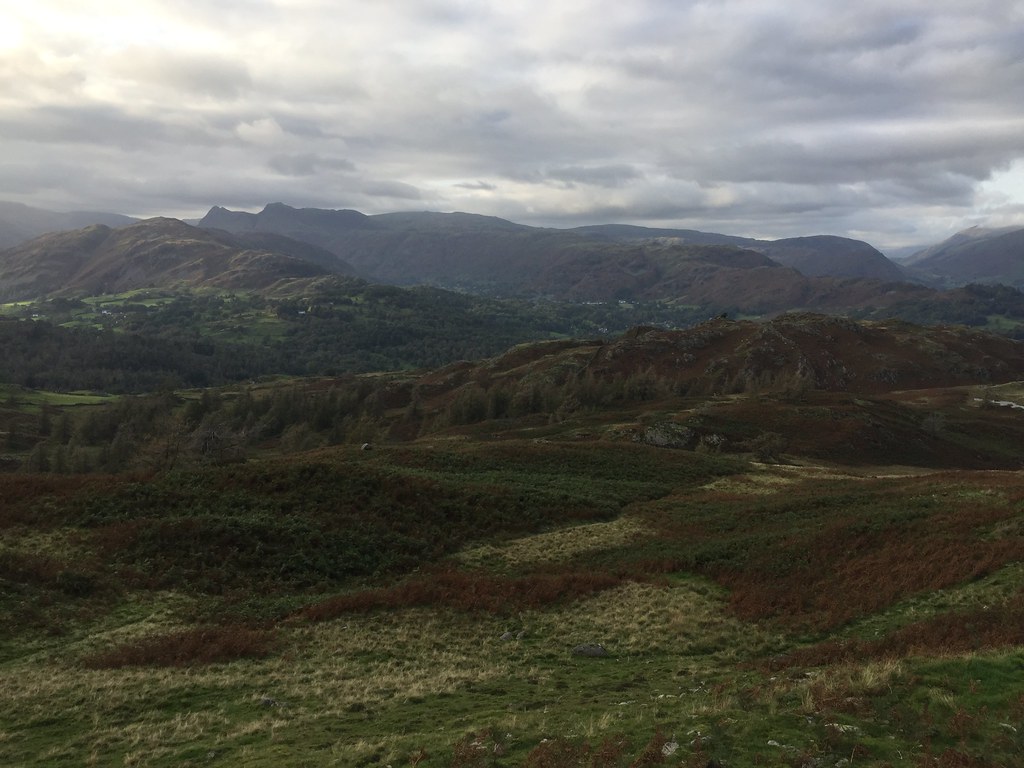 Pikes from the summit 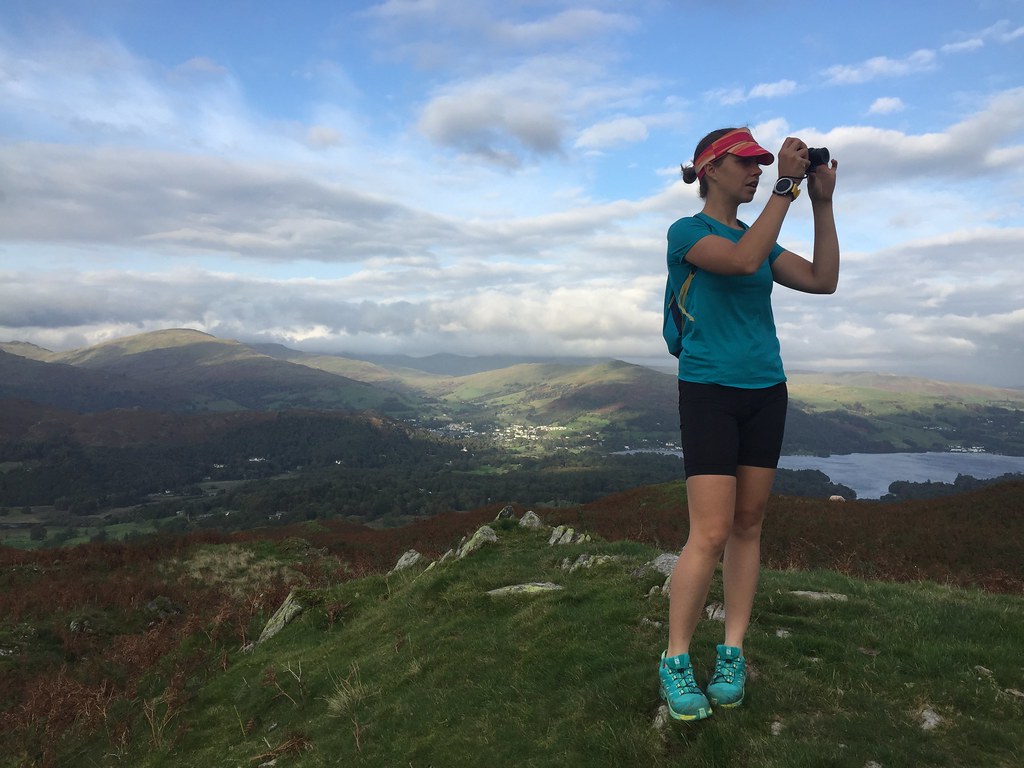 Jackie on the summit of Black Fell 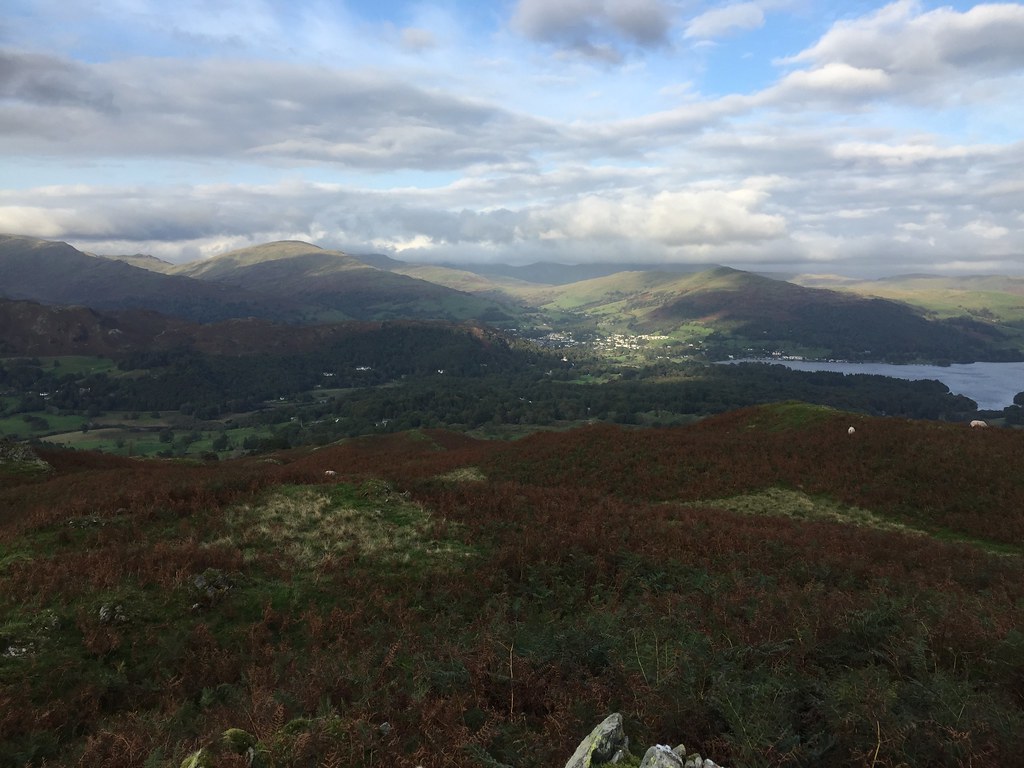 Back at the bikes, dad called. It turned out he and mum were all of half a mile away on the track we had just cycled, having walked around Tarn Hows. I considered going back by the same route to meet them, but having persuaded Jackie we wouldn't have to cycle back across all of that rubble, I didn't think changing the plan would be a good idea

Instead we descended to Knipe Fold after agreeing to meet up with mum and dad tomorrow. The track was still rough, but it was all downhill and much better than what we had cycled over so far. Lucky blag!

All that remained was a few miles of country roads back down to Skelwith Bridge, then a short pedal back up Langdale, which we reached in the last light. Not a hill I had ever really noticed on the map before, but a nice diversion of an evening. 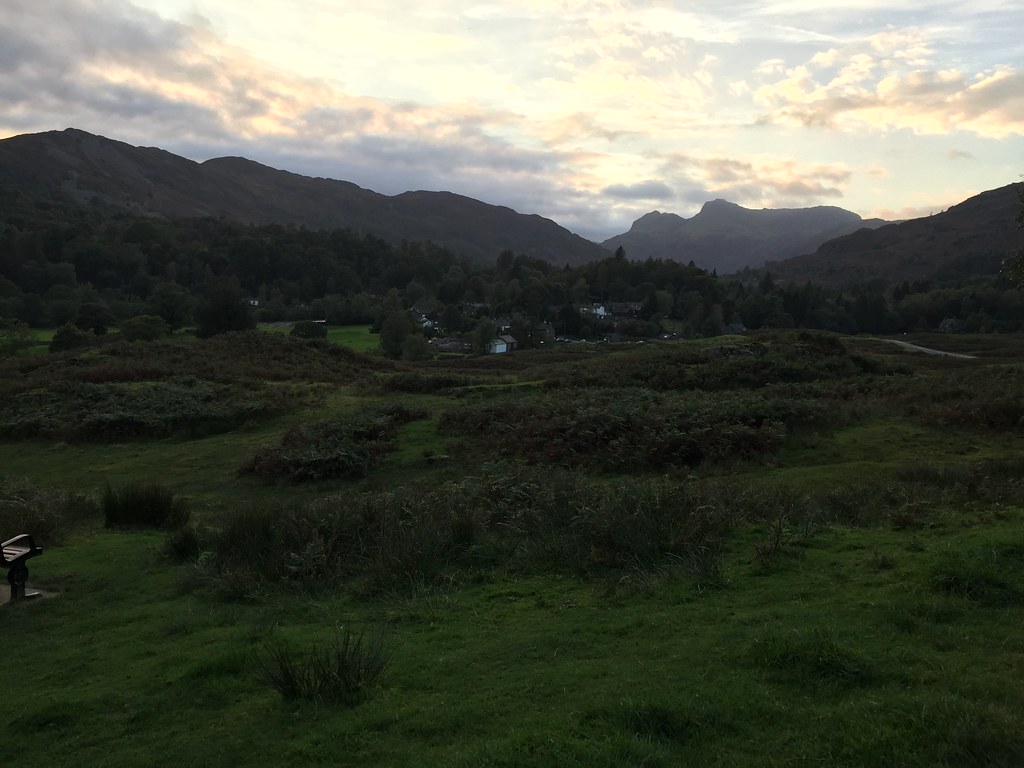 The following day I had about 2/3 of a day of work. The wind was supposed to be almost non-existant, so we opted for a cycle round Windermere that Jackie had suggested. I pimped it up a bit by suggesting we cycle over the steep minor road past Gummer's How (nothing to do with it being a Marilyn of course - just trying to keep us off the busy A592

We set off mid afternoon down the somewhat busy road through Skelwith Bridge and Clappersgate - this is probably just as fast on the bike as it is to drive! We hit Ambleside just as rush hour and the influx of people arriving for a long weekend hit, and the next few miles down to Bowness were even worse. Fortunately I have got quite used to cycling in Glasgow traffic, so it wasn't too alarming, although less fun than I was hoping for.... 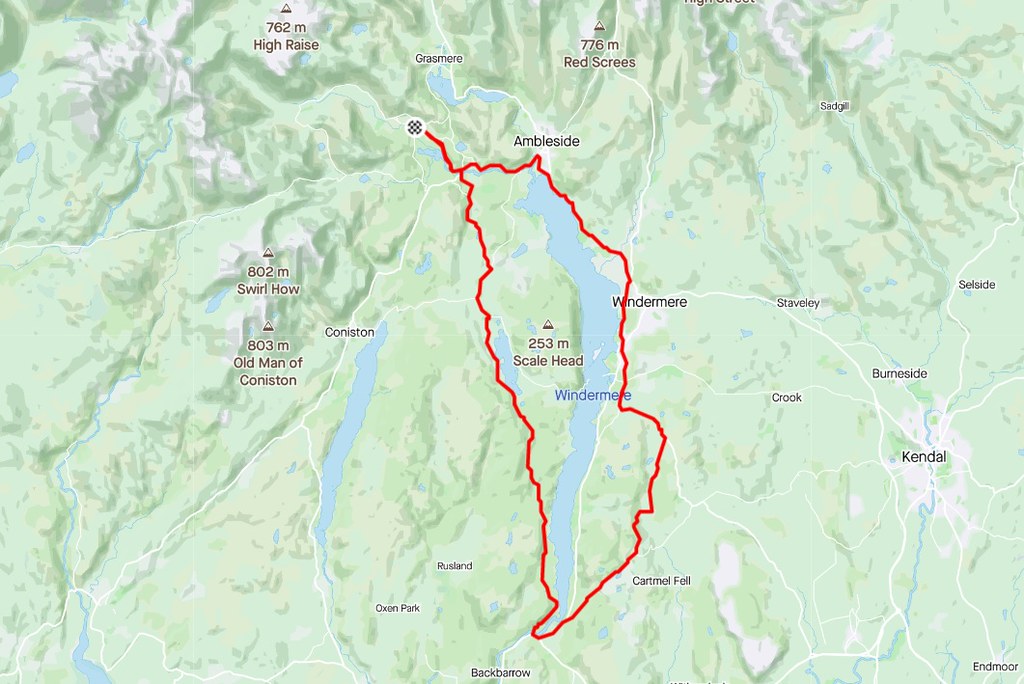 In Bowness, we decided to get ourselves clear of the traffic mayhem and headed for Winster. Although we had to climb upwards, the road was much quieter, and once we turned onto the back roads at Winster, the traffic was almost non-existent. Bliss 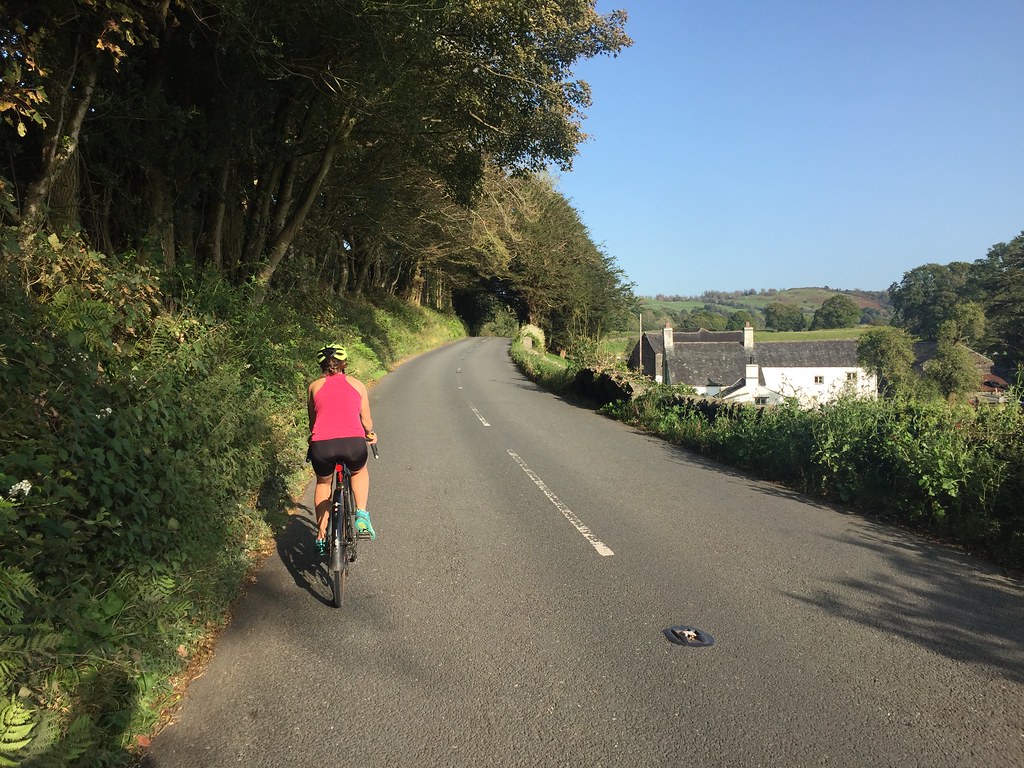 The price to pay was some steep climbing on narrow roads (including the avoidance of a tractor which took up almost the entire space between the two hedgerows). Still, there were good views up into the Kentmere horseshoe and over to the Howgills and Ingleborough. 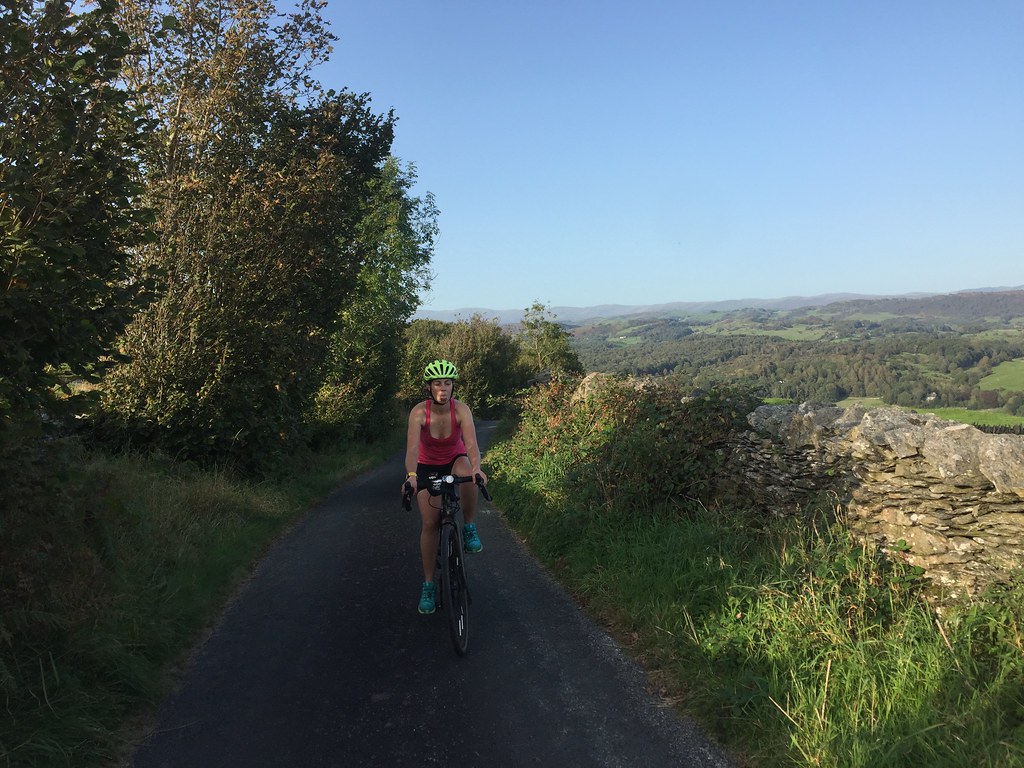 Near the top of Strawberry Bank

After the steep section came the really steep section on the slightly busier Fell Foot Brow. When we had finally dragged ourselves over the 2 or 3 false summits on this road, a short descent took us to the Gummer's How footpath. Jackie was tired, but I thought this would provide a nice break from the cycling. 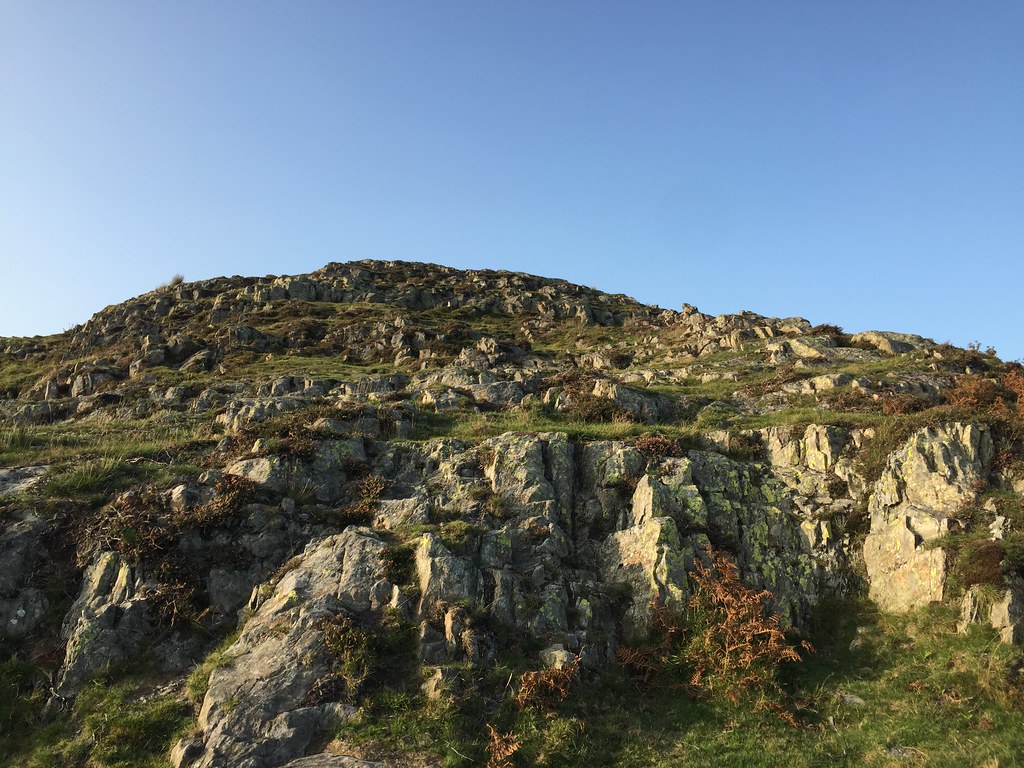 Looking up Gummer's How


GH.gpx Open full screen  NB: Walkhighlands is not responsible for the accuracy of gpx files in users posts
Unlike Black Fell the evening before, Gummer's How was pretty busy. A good footpath passed through trees and onto a rocky ridge of sorts, before leading us to the trig point. Views were pretty extensive, and we saw a lot more of Windermere from here than from just about anywhere on the route round it

. We also realised we would be pretty late back to Langdale, so decided to get a shift on. 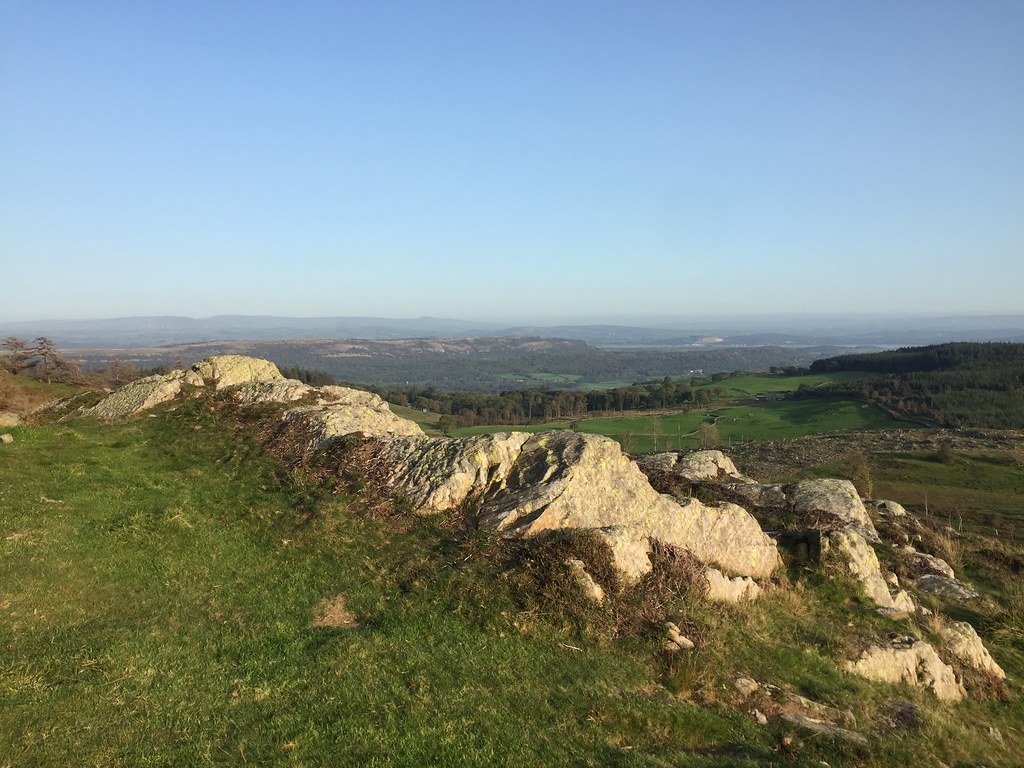 Whitbarrow and the Yorkshire Dales from Gummer's How 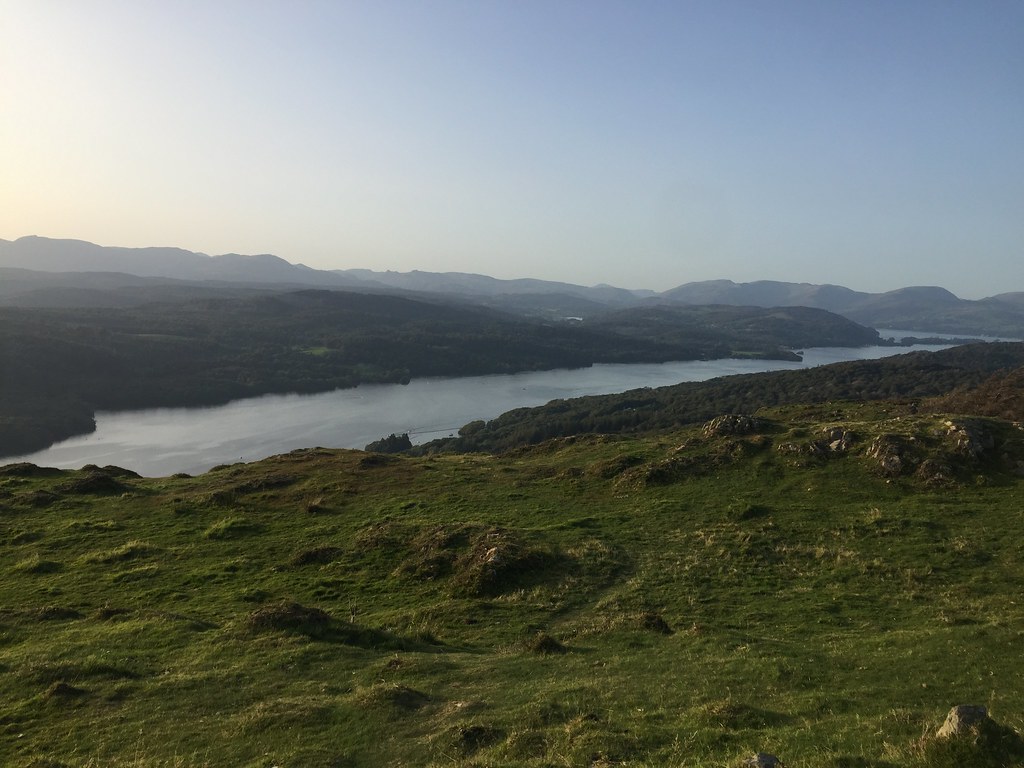 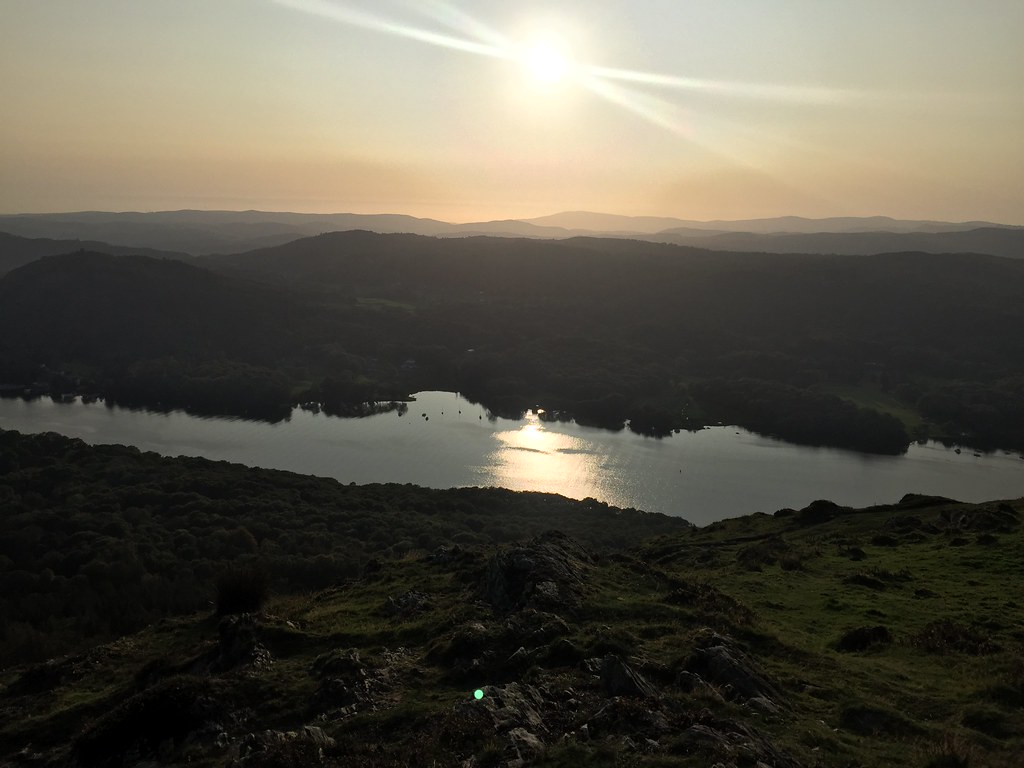 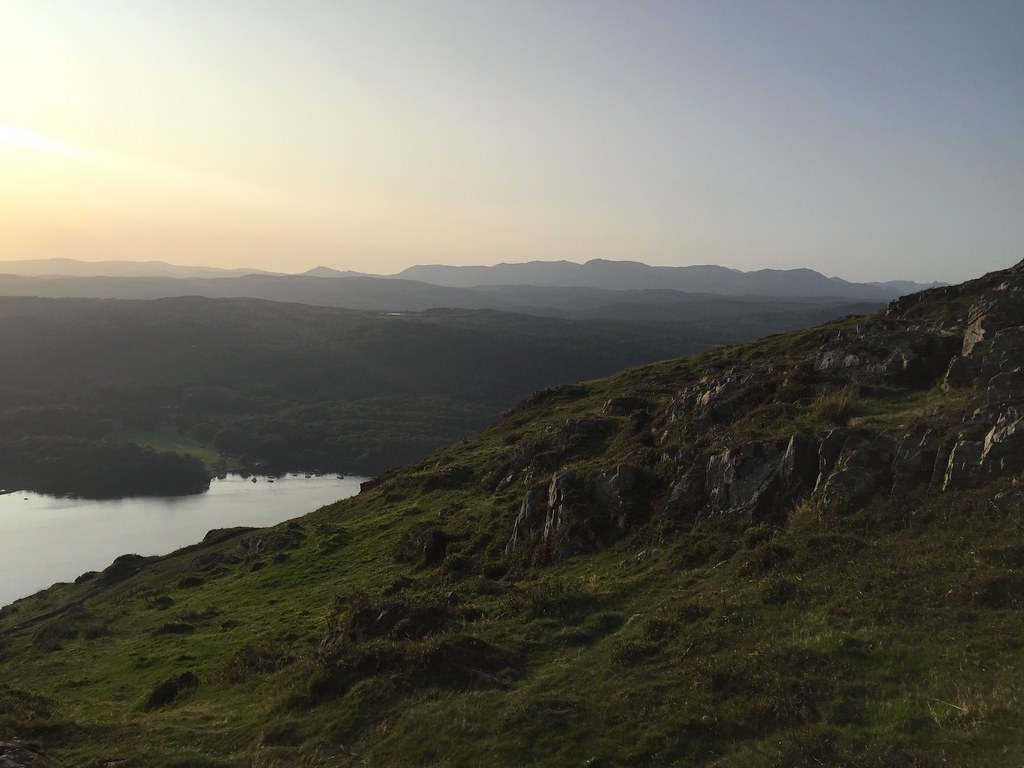 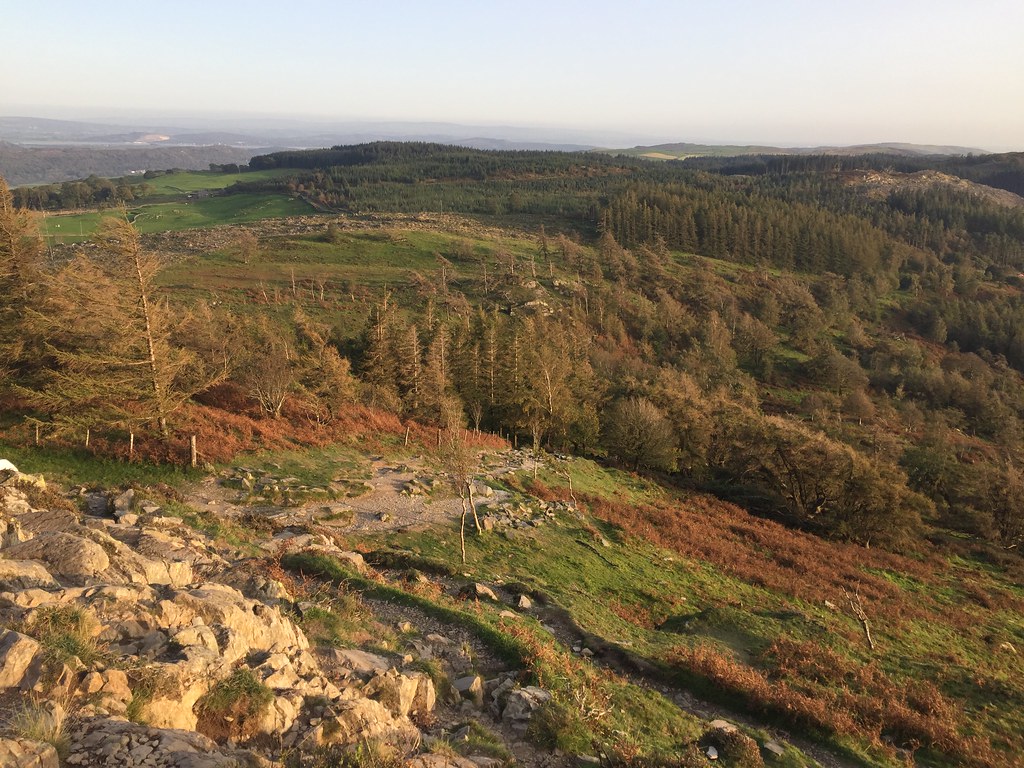 Back down Gummer's How 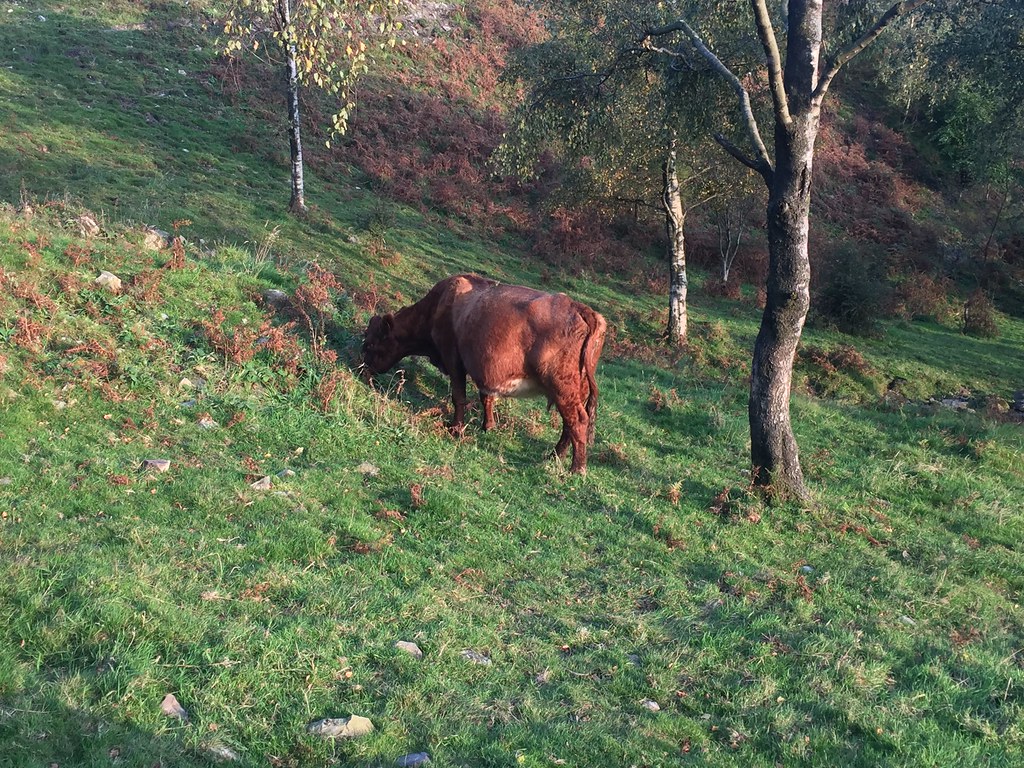 Luing cattle on Gummer's How 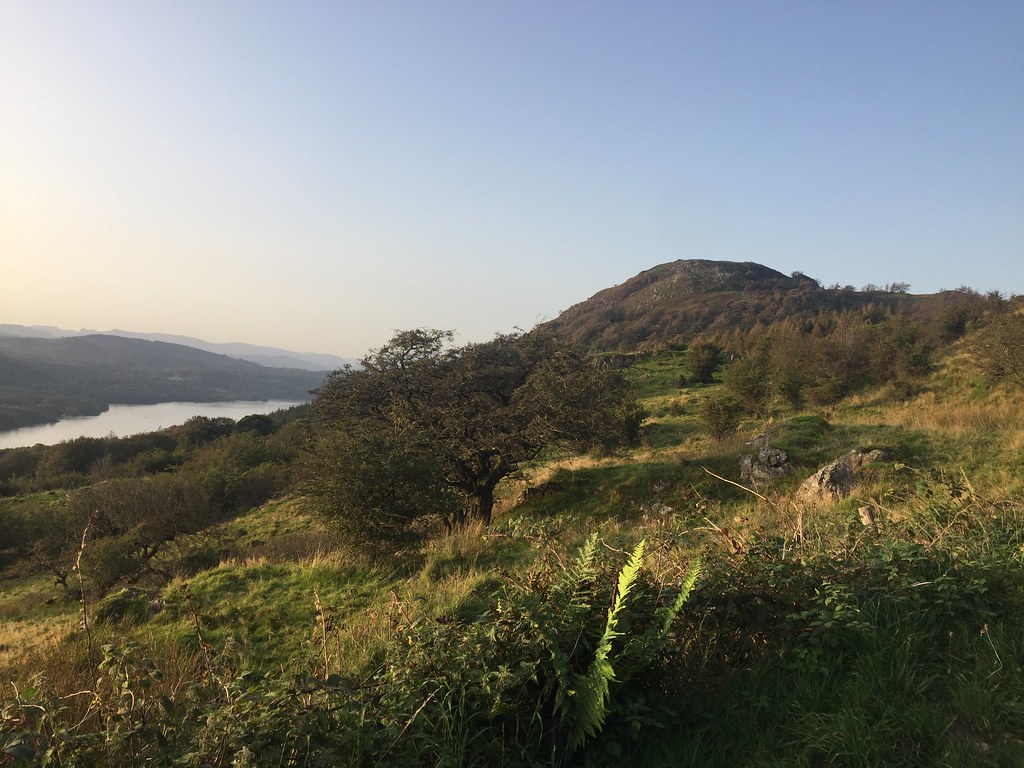 Gummer's How from Fell Foot Brow

An extremely rapid descent landed us on a short section of A592, which was perhaps less busy than I had anticipated (but our route had been superior). Then a short bit of pavement next to the main Barrow road took us onto quieter roads to Lakeside again. 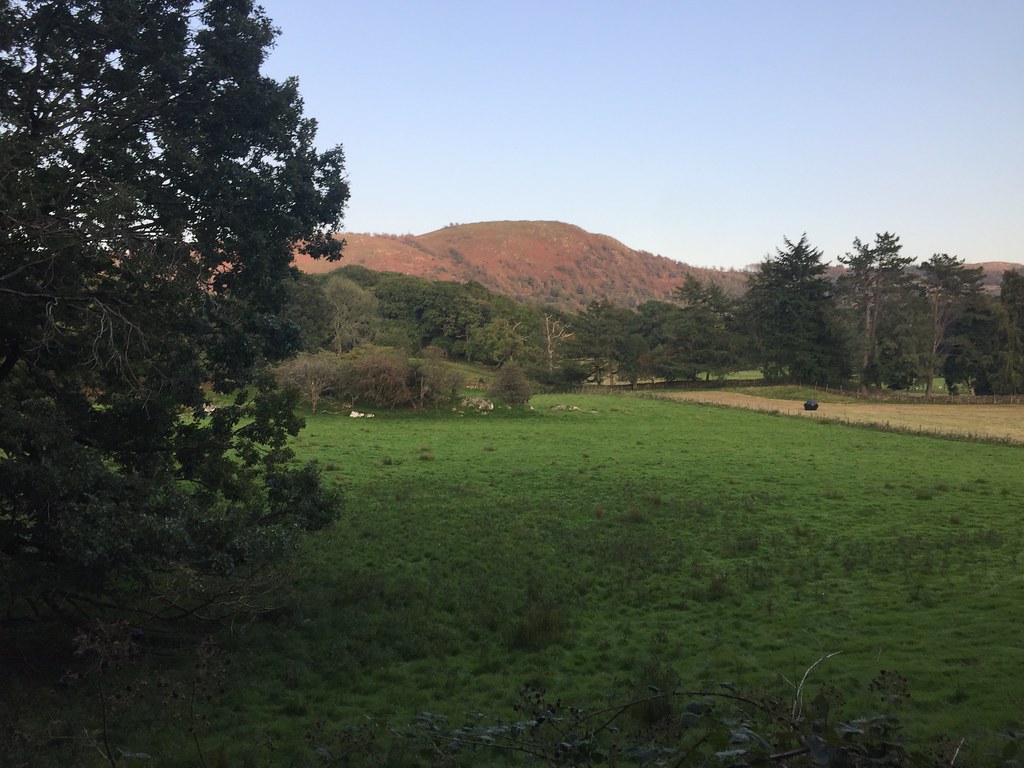 Gummer's How from Lakeside

Actually the pedal up through Lakeside and Hawkshead wasn't as quiet as I expected - I didn't appreciate that this is probably a popular through route from the south of Windermere to Langdale. It also had an assortment of up and down in it which pleased Jackie no end

. The light had pretty much deserted us by the time we reached Hawkshead, and a couple of miles further on, we re-joined the previous evening's route down to Skelwith Bridge and back up Langdale. 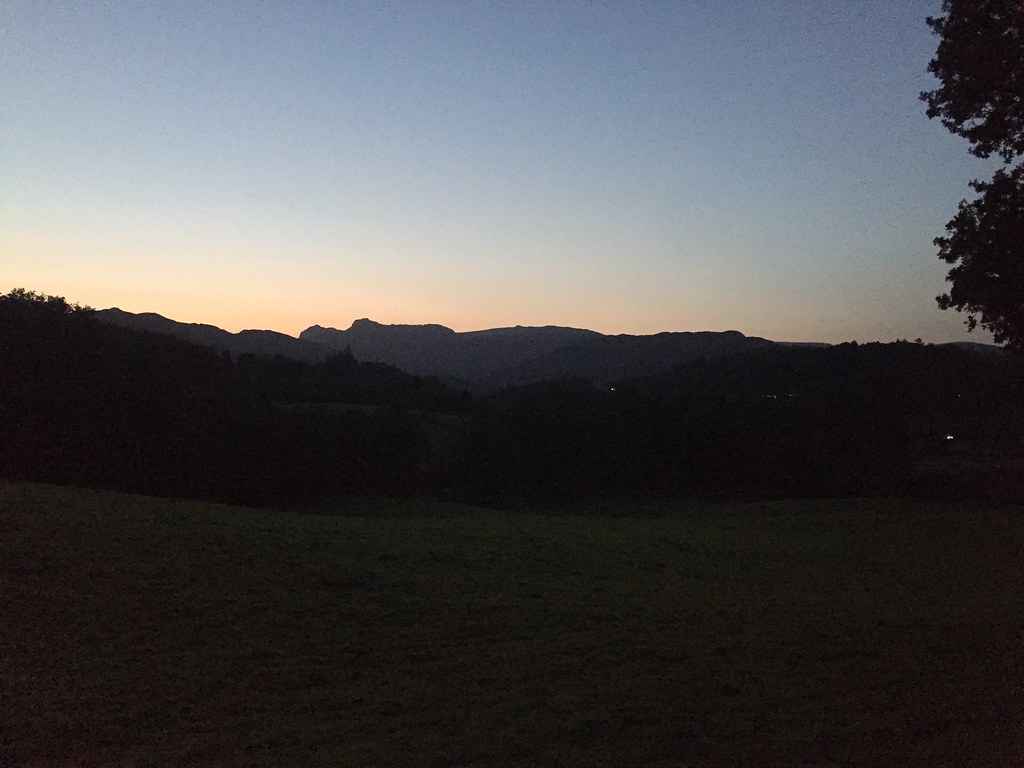 Last light over the Langdale Pikes

A great circuit, if a bit more hilly than we had anticipated. Gummer's How was a great add-on too, as it is a pretty spectacular viewpoint for the amount of effort required to reach it.