July 14 - Sept 12, 2020. With Covid-19 restrictions making flights less attractive, a road trip around the Alps and southern Italy was an obvious choice for 2020, with plenty of 1000m prominence (P1000m) peaks to choose from (Ribus, named after the Indonesian word for 1000, as that’s where the Ribus list started life). When the Britain and France lifted their mutual quarantine requirements, I booked at 2-month Eurotunnel ticket and headed for the Alps, with a long list of possible peaks, and the vaguest of plans. As it turned out, the trip would include 117 P600 peaks including 74 P1000s, five of them P1500m ultras filling gaps in my Europe collection. These high-prominence peaks are often range highpoints and given their dominance they are usually excellent viewpoints. 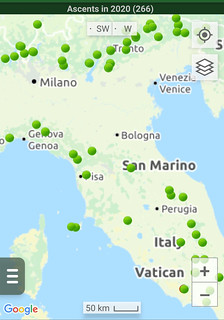 July 14: After an early morning Eurotunnel crossing I drove via France (Episode 1) into Switzerland for a brief foray (Episode 2) before starting on the main focus on my 2020 trip which was the Italian Ribus. The country has 98 P1000s listed, mostly straightforward good quality peaks, several posing more of a challenge, and a few I wouldn’t be climbing – certainly not solo. Lee and I had some harder Dolomites peaks in our sights, and I had ten days to peak-bag my way east to meet him. I’d climbed most of the ultras (P1500m peaks) plus a few others, but it was good to explore this northern part of Italy in more detail.

Into Italy
July 18. After a few days of mixed Swiss weather I enjoyed a sunny ascent of Pizzo Tambo 3279m P1165 on the Italian border, 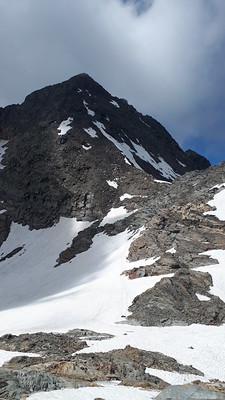 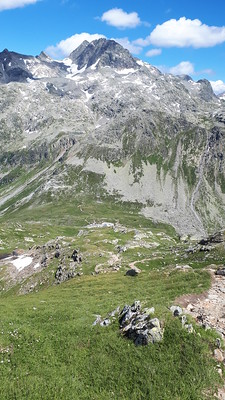 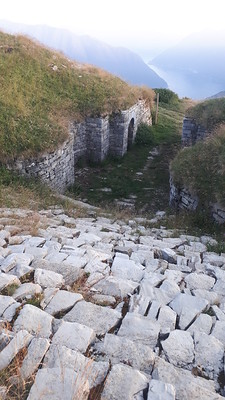 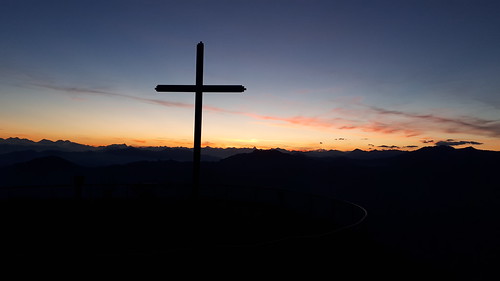 July 19 the rather niche Monte Torezzo 1378 P1031 (the only peak of the whole trip where “normal walkers” would be unlikely to visit the actual summit, which is in trees) 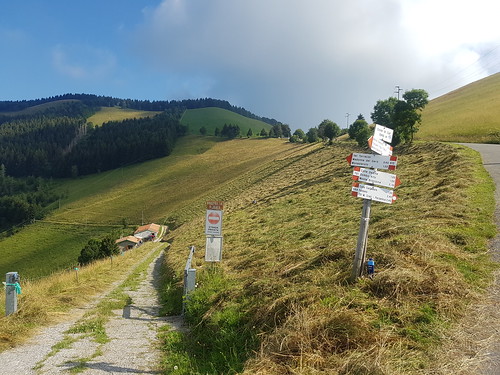 was followed in the afternoon by the busy scenic Pizzo Formico 1636m P1050 set in pasture and woodland. 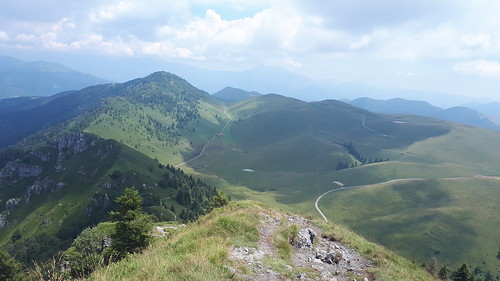 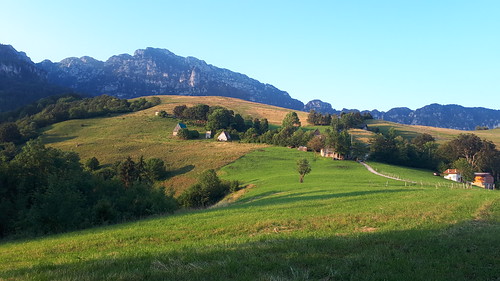 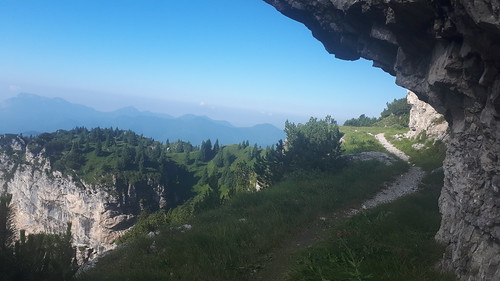 followed by Monte Misone 1803m P1040. Misone stands defiantly among taller peaks and it was a steep hot afternoon ascent, to a summit crowned with an ingeneous balanced three-boulder cairn. 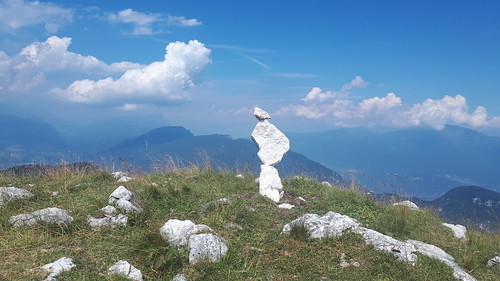 July 21 I’d made a date with the first ultra of the trip, the more challenging scrambly Pizzo di Coca 3050m P1788. The peak is usually climbed in two days, but for me it fitted nicely into an eight hour day (and even so, I was overtaken on the ascent) 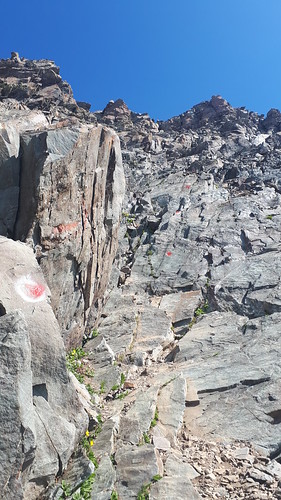 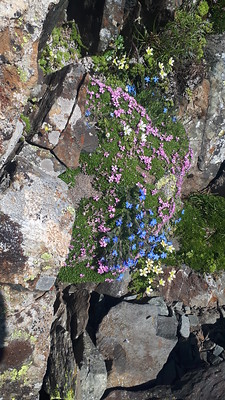 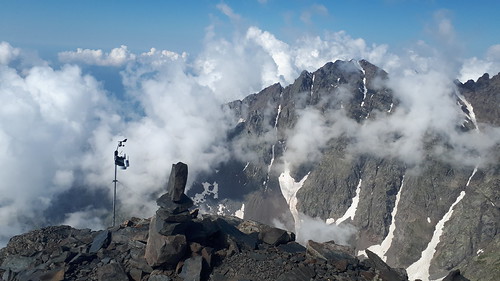 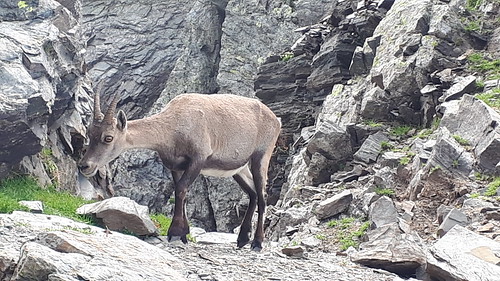 Then the forecast bad weather arrived, which sent me scuttling to central Italy for four days, for a couple more Ultras and 8 Ribus.

Back to the Northeast
July 26 I returned north, making a quick morning bag of the dramatic Monte Mezza 1679m P769 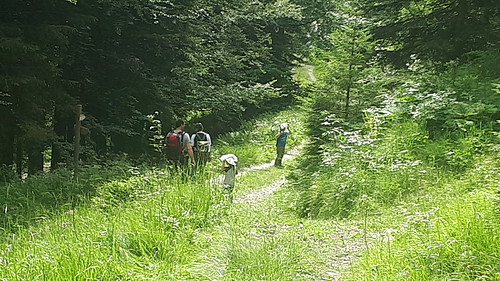 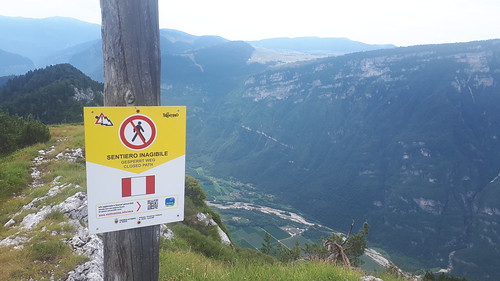 Then around midday I met Lee for Cima d’Asta 2847m P939; close to the Dolomites, but its granite rock setting it apart from the limestone of most of my summer peaks. This together with the mist playing around Lago di Cima d’Asta made it feel more like the Scottish Highlands than Italy, 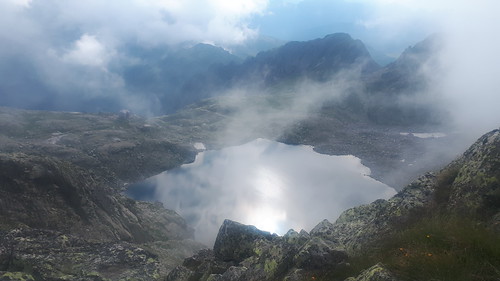 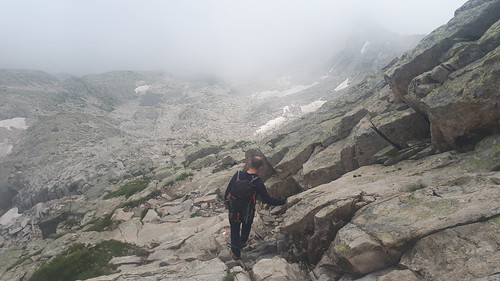 but our gamble with the weather paid off and we just about stayed dry. The weather came good for some harder Dolomites peaks (Episode 4) culminating in the notorious Antelao 3264 P1735, and its challenging neighbour Sorapiss 3205m P1085 just before the weather broke.

East to Slovenia
I bagged the five Slovenian Ribus (Episode 5 - the Covid restrictions had been lifted by the time I arrived on August 6), before working through central and southern Italy (see Peakbagger), including island trips to Sicily (Episode 6) and Elba (Episode 7), before meeting Lee again for the impressive Argentera 3297 P1295 close to the French border. Then after a selection of fine peaks in SE France (described in Episode 1) I linked with Lee again for a Swiss weekend (Episode 2) before spending my last week in Germany – a week there would count toward the 14-day quarantine period required by the UK; I returned to Britain on Sept 12. An excellent trip exceeding expectations, with an ever changing plan, including many good peaks, some challenging, most of them easy, especially those in Italy.

Route descriptions, GPX route files and Facebook photo albums for the individual peaks, are linked from within this report and can also be accessed via my Peakbagger.com ascents page for 2020

Might just manage Pizzo Formico or Monte Terrezo some of the others look a bit challenging. . You are truly in a class of your own...most of us would expand these into a trip report each.

Kind of you but there are a huge number of easy peaks in Italy (and indeed the Alps), just a few hard ones (some are way beyond me). An amazing playground and just a day or two's drive away. The Dolomites peaks are special though and deserve a TR each - hint taken

- I was going to say the same thing as Sgurr, each one could make a great TR in itself. Makes me feel even lazier when I think of our mostly road trips/sightseeing in Europe.
At first I thought the war time fortifications were something far more ancient.Beautifully made.

- I was going to say the same thing as Sgurr, each one could make a great TR in itself. Makes me feel even lazier when I think of our mostly road trips/sightseeing in Europe.
At first I thought the war time fortifications were something far more ancient.Beautifully made.

There are a lot of fortifications along the old front lines, some amazing engineering, sadly testament to a lot of bloodshed. Monte Pasubio via the "road of 52 tunnels" is an extraordinary route and very poignant. Plenty of TR material, to be sure! Meanwhile, my TR on Peakbagger.com includes a photo album.