This was an absolutely perfect walking day, clear and sunny throughout with hardly a breath of wind, enough frost still in the ground that you could skip across the top of the boggy areas but balmy enough for shirt sleeves on the lower slopes. There isn't an awful lot to say about this walk - it's absolutely straightfoward to follow and easy walking on clear paths almost throughout. The peaks might not be absolutely the most characterful, but it was just a really pleasant morning's walk.

our_route.gpx Open full screen  NB: Walkhighlands is not responsible for the accuracy of gpx files in users posts
Tal y Fan is probably the star of the show - a nice winding grassy path and then a little rocky scramble up to a shapely enough peak with lovely views along the coast - even if getting up there in half an hour from the road beneath feels almost like 'cheating'! From here, although a long way down and then back up, the route along the wall and over Foel Lwyd and Carnedd y Ddelw to the peak of Drum is easy enough going all the way (although you may not want to take the - very boggy-looking - direct route between the last two peaks once it has thawed out; drop down to the track to the west instead). The views which open out over the Western Carneddau - especially Llwytmor, which looks massive from this side - are the best of the walk, although the peaks themselves are only really little lumps on the ridge. 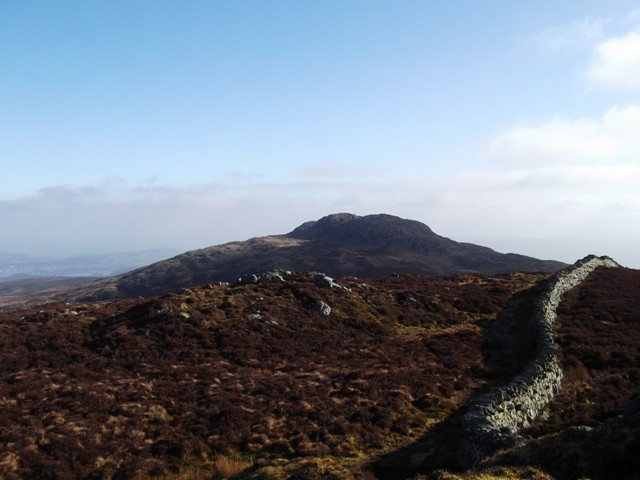 From the top, it looks not much more than a short stroll to the 3000ft+ top of Foel-fras, but it must feel like more to actually do it... The drop down towards Pen y Castell, and its pretty little tors, is through another slightly sticky area at first, but then the rest of the route is very comfortable, even if the last stiff drag back halfway up Tal y Fan to the car slightly makes up for the effort you dodged at the start... There are some pretty open views towards the higher southern Carneddau during the descent, but straight into the hazy sun this day nothing seemed absolutely clear. 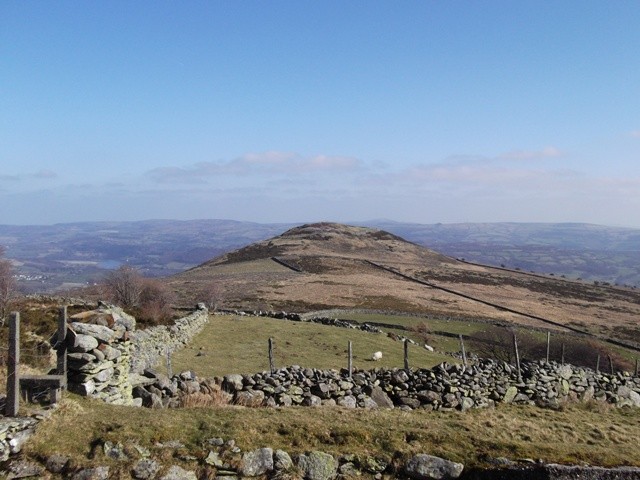 P great photos, these 2 hills are on my hit list maybe summer time!!!!

.. So its nice to see what they look like on a fine day! because sure as eggs are eggs the weather will be pants when i go up them!!