2021-08-18 Bessyboot.gpx Open full screen  NB: Walkhighlands is not responsible for the accuracy of gpx files in users posts

Back in the Lakes (because where else is there to go) - unusual for us to be here in August, but it does mean no worrying about getting back before sunset.

Also staying in a hotel rather than a cottage, as a reward for putting up with each other for 25 years...

Making a gentle start to the holiday with a fairly mild walk directly from the hotel, just to see what we are still capable of... 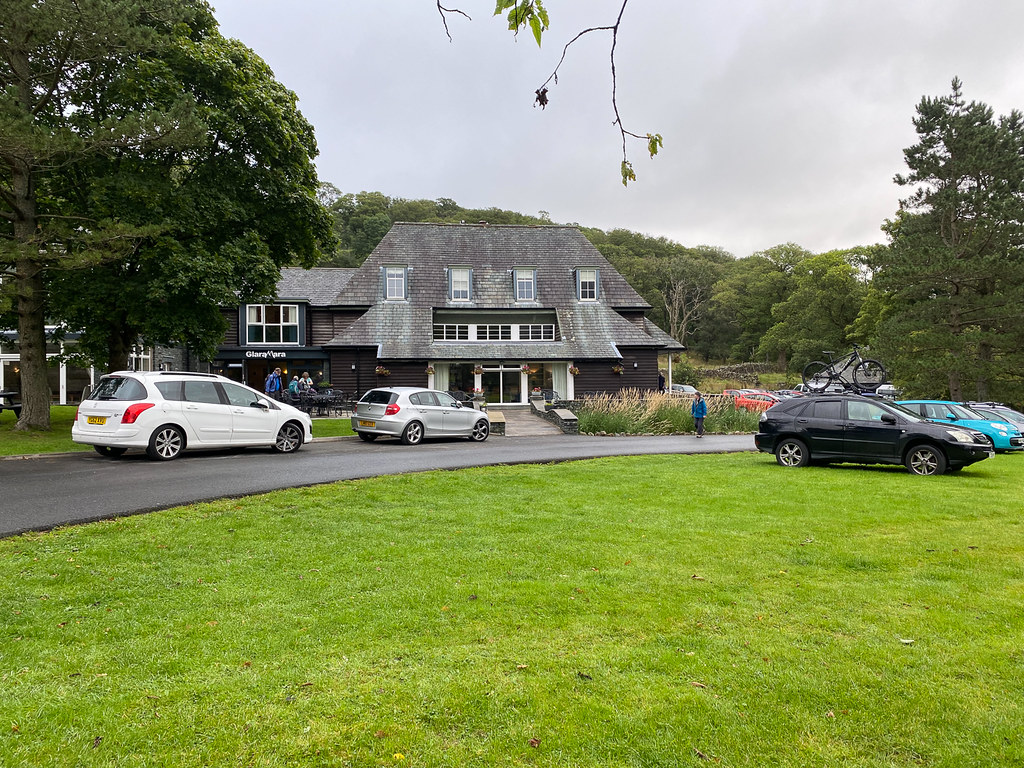 Plan was to walk to Stonethwaite, up Wainwright's recommended ascent of Rosthwaite Fell (Bessyboot sounds much nicer) and down the western flank back to the hotel. 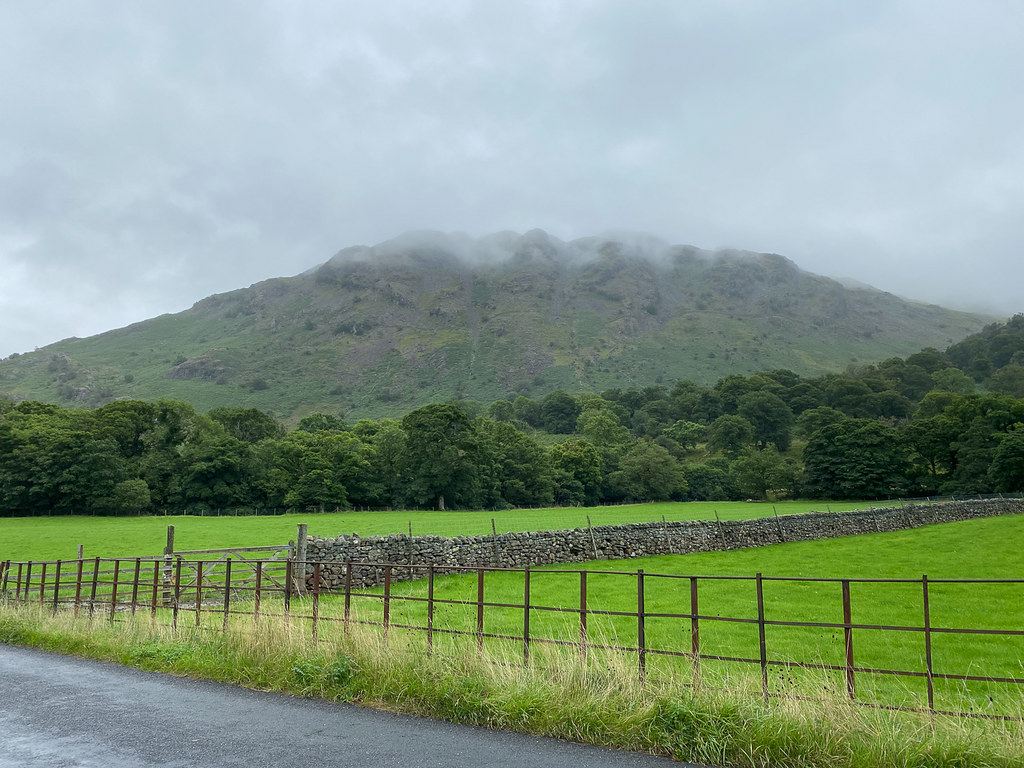 As we set off the weather was not the best (but very far from the worst!). Low cloud meant we were unlikely to get any great views, and a fine drizzle was just enough to keep us cool while walking (I actually quite like that). 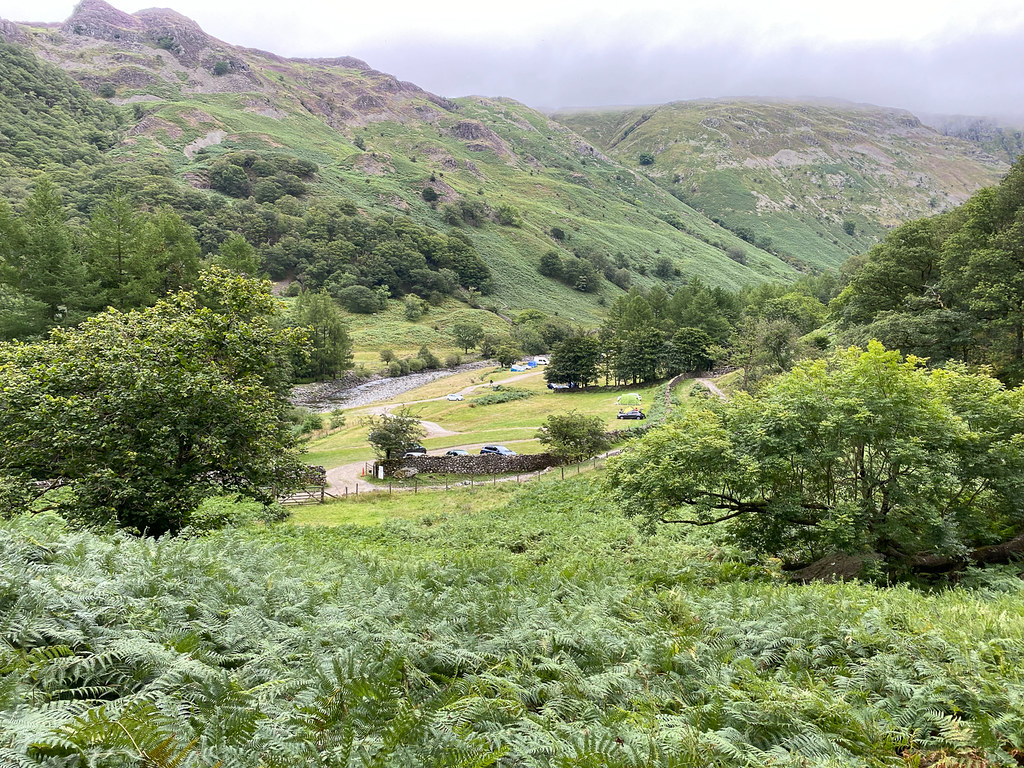 Stonethwaite is a pretty little hamlet, and the campsite at the end of the road looked like a pleasant place to camp - though the dog that was constantly barking the entire time we were within earshot of the place might have been annoying after a while! 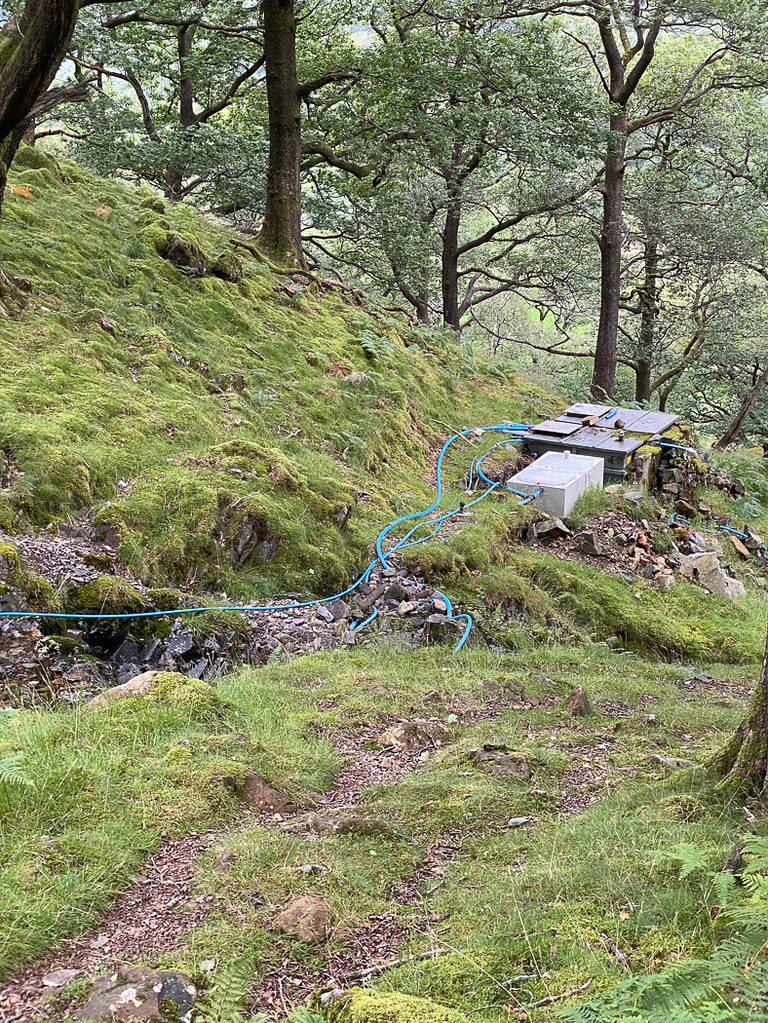 The path up the side of Big Stanger Gill was well laid, though quite steep. 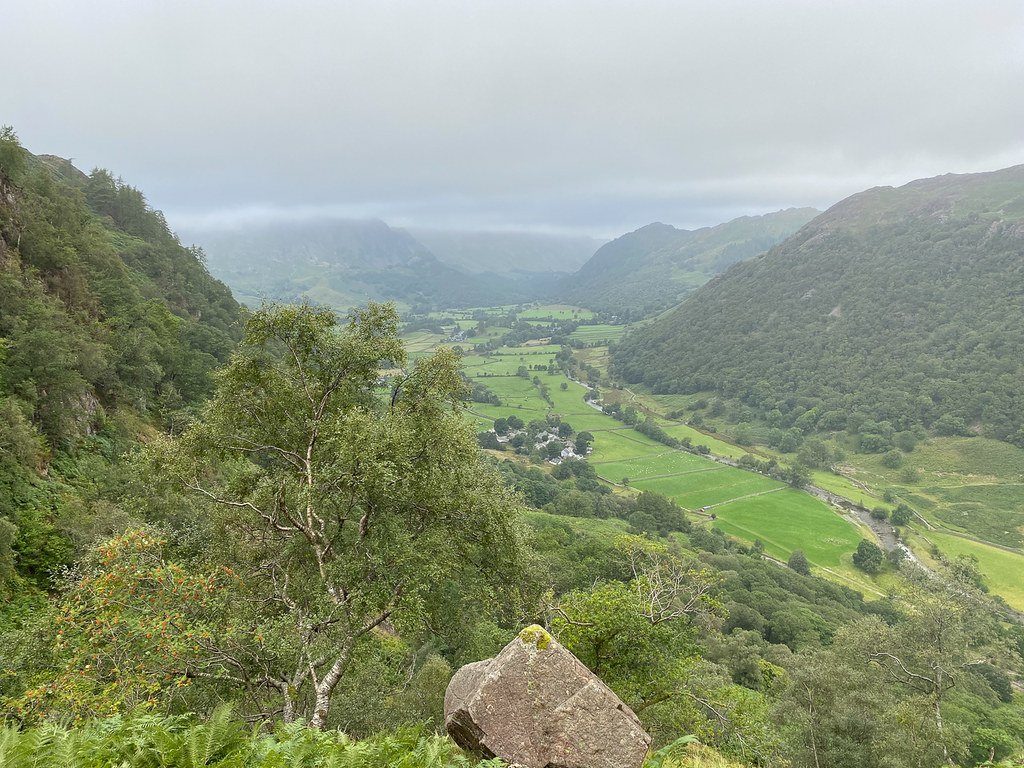 Some nice views (well , they would have been if the clouds had been higher) back up Borrowdale were good distractions from the climb.

Around the time that the ascent levelled off, we also reached the base of the clouds, so not many more pictures. Except of sheep. 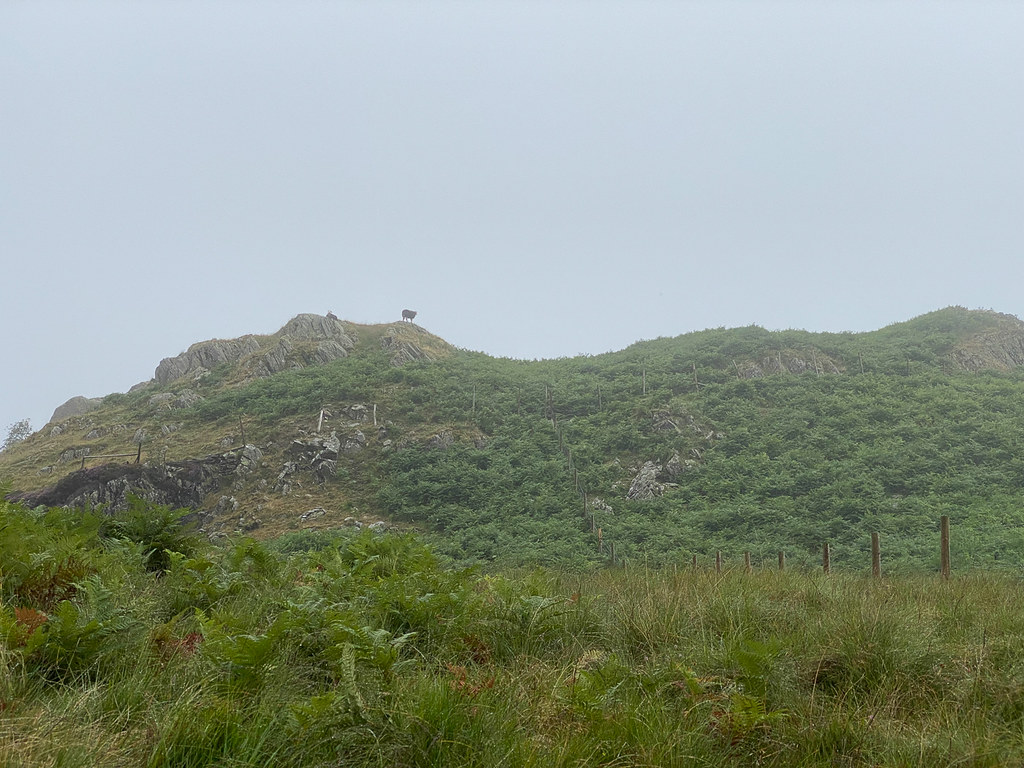 We crossed the stream just below a cute little waterfall. 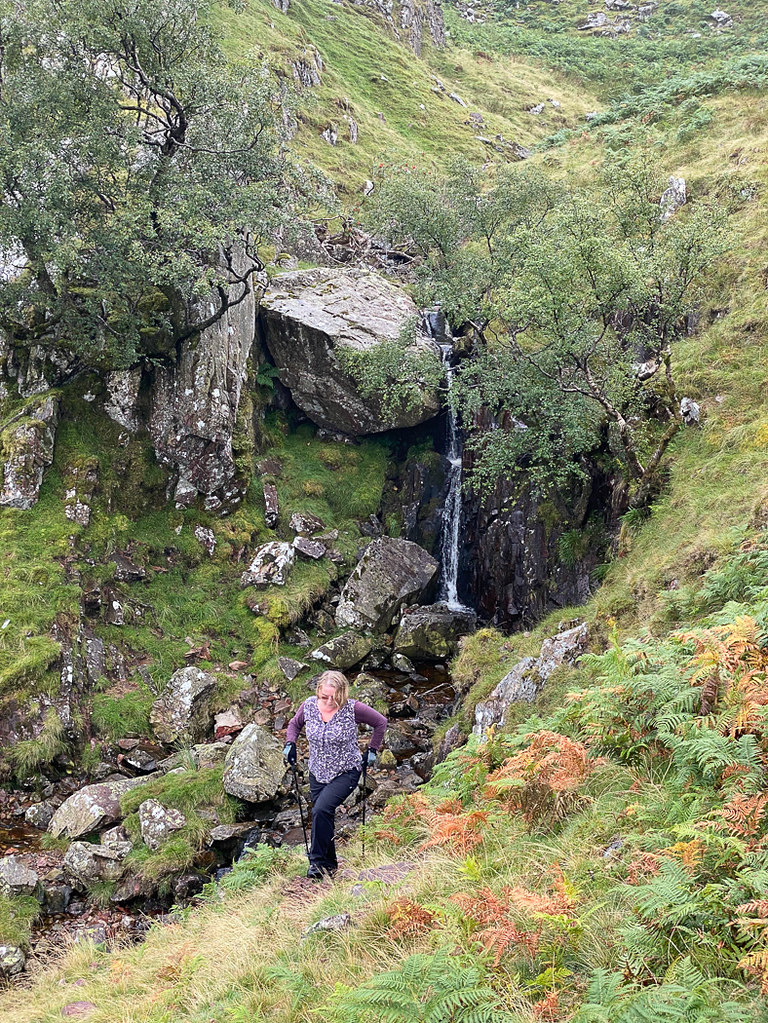 The path along the ridge following the stream back to its source was very peaceful - hard to be sure in the clouds but it felt like we had the place to ourselves. The path was clear all the way, up to the point where we needed to branch off for the Bessyboot summit, where it was a little indistinct. The summit itself was cloudbound.

We met a couple of inquisitive sheep on the way off the summit mound. 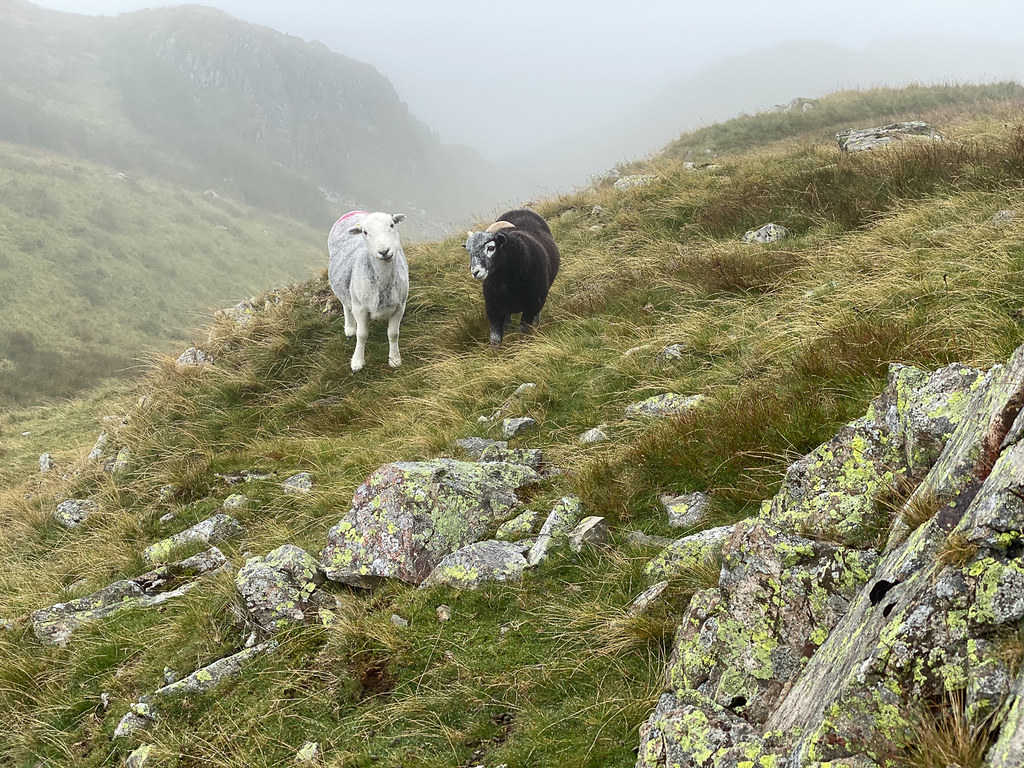 The path down the western flank started off pretty clear but then seemed to fade in and out - but it was simple enough to find a route down just by sticking to the green bits between Rottenstone Gill and Dry Gill. The only slight challenge was crossing Combe Gill (but that was pretty easy too).

An enjoyable walk despite the low cloud, and a nice easy start. Still felt a bit stiff at the end though - we may be a bit out of shape!