The first day of our fortnight in Gritsa was a quintessentially perfect Greek day: clear blue sky, not too hot ... .... and a view to the West absolutely dominated by Mount Olympus.

This is the view of the mountain from the beach in front of the hotel. Difficult not to get VERY restless just lying on the beach with this in the background

But this was intended as a family holiday. Fortunately one of the others expressed a desire to go at least part-way up the mountain (he is 75, so understandable that he had some misgivings about the full 2000m climb), so eventually we managed to get a date agreed by all - just before several days of heavy rain was forecast.

The route we decided to go for was from Prionia - the highest point one can reach by car, at an elevation of 1100m - to Spilios Agapitos at 2060m. 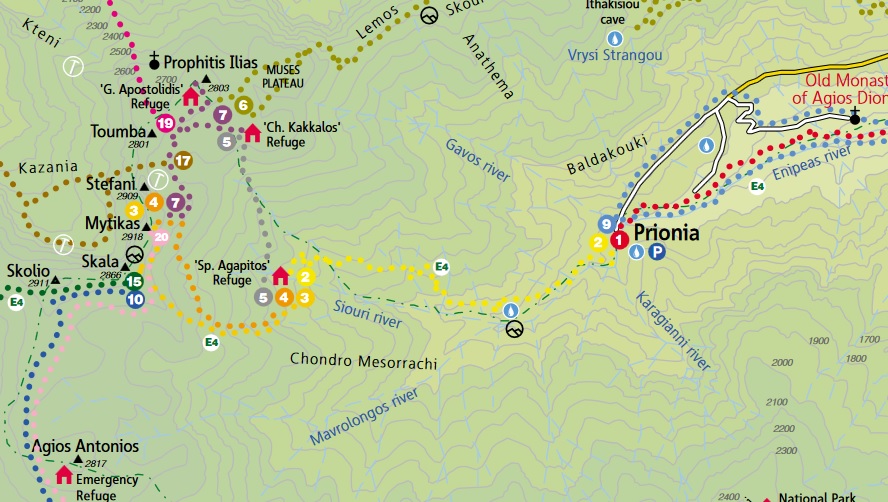 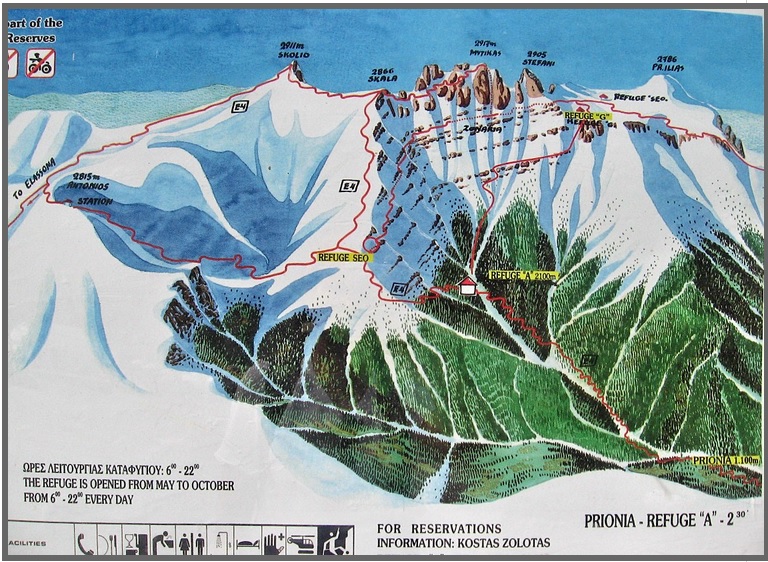 3D view of Olympos, with various trails shown, including the one that we took (Prionia to "Refuge A" on the 3D pic).

When we stop for fuel on the way to Litochoro, the mountain is looking quite superb in the dawn sun.

It's about 5 km as the crow flies from Litochoro to Prionia - but about 20km of road, that winds and switchbacks its way up the side of the gorge. We arrive at Prionia at around 08.25, and are quite surprised to see that most of the parking spaces in the large car park were already taken - probably not far short of 100 cars!

We get going quite quickly, and are not too intimidated by this sign at the start of the walk!!!! 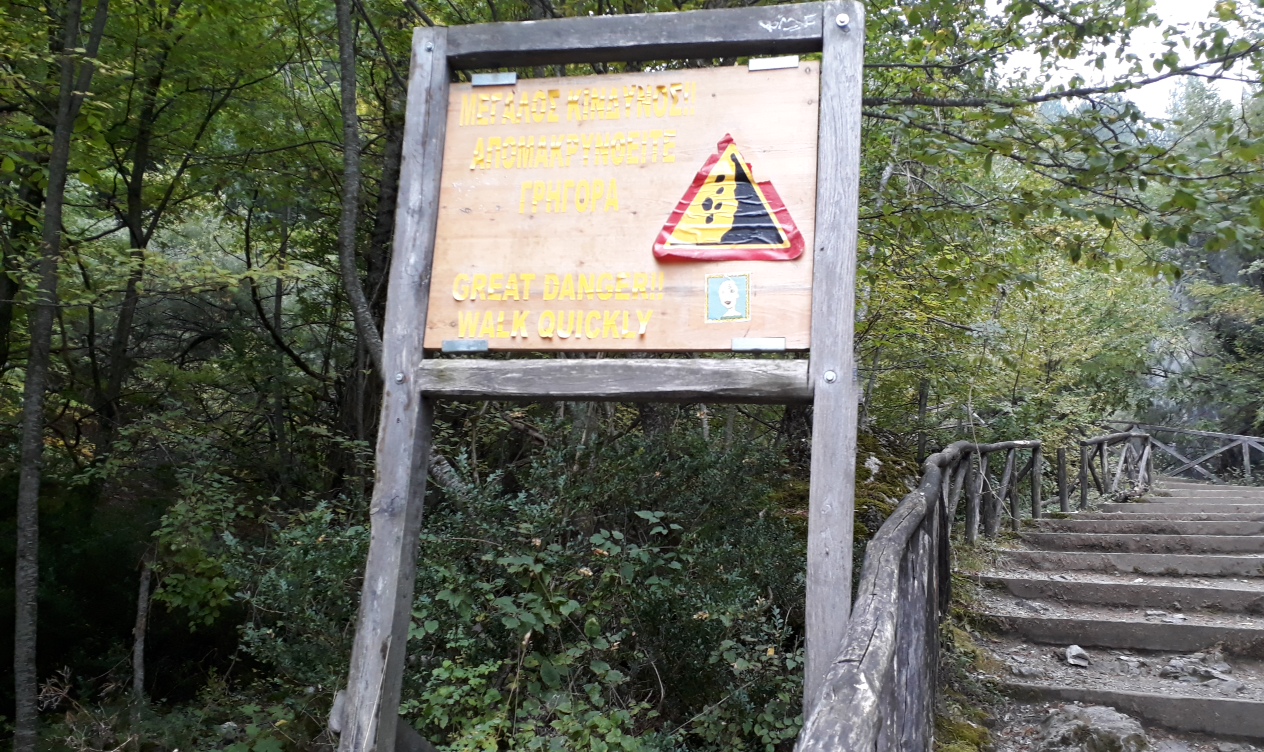 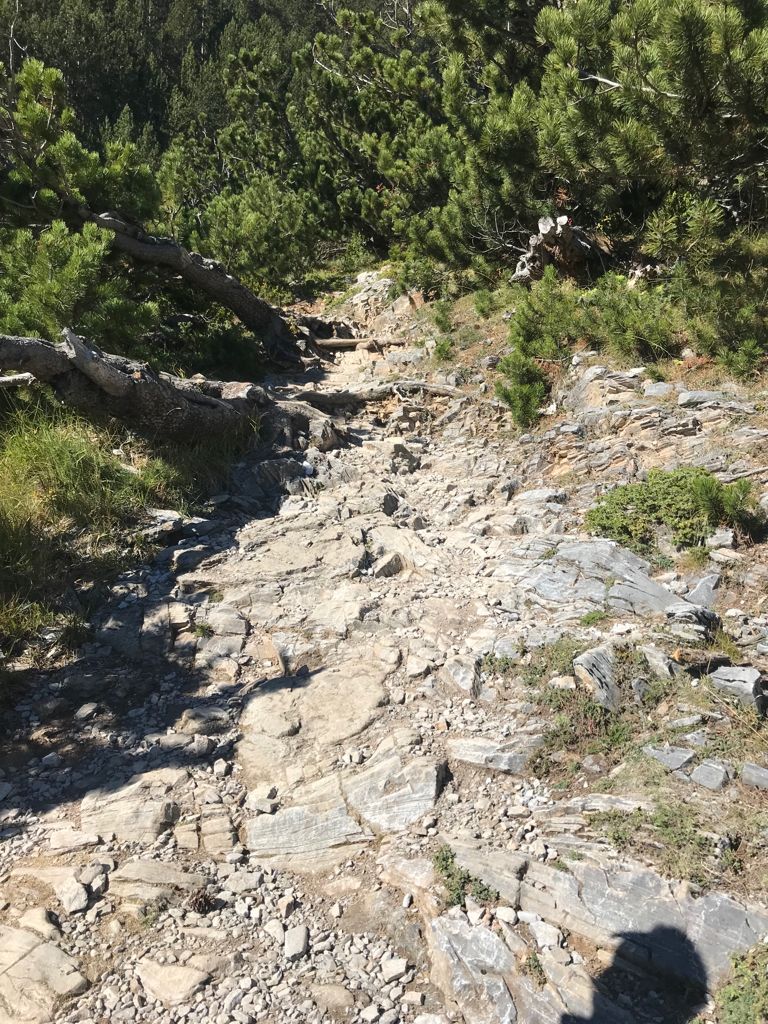 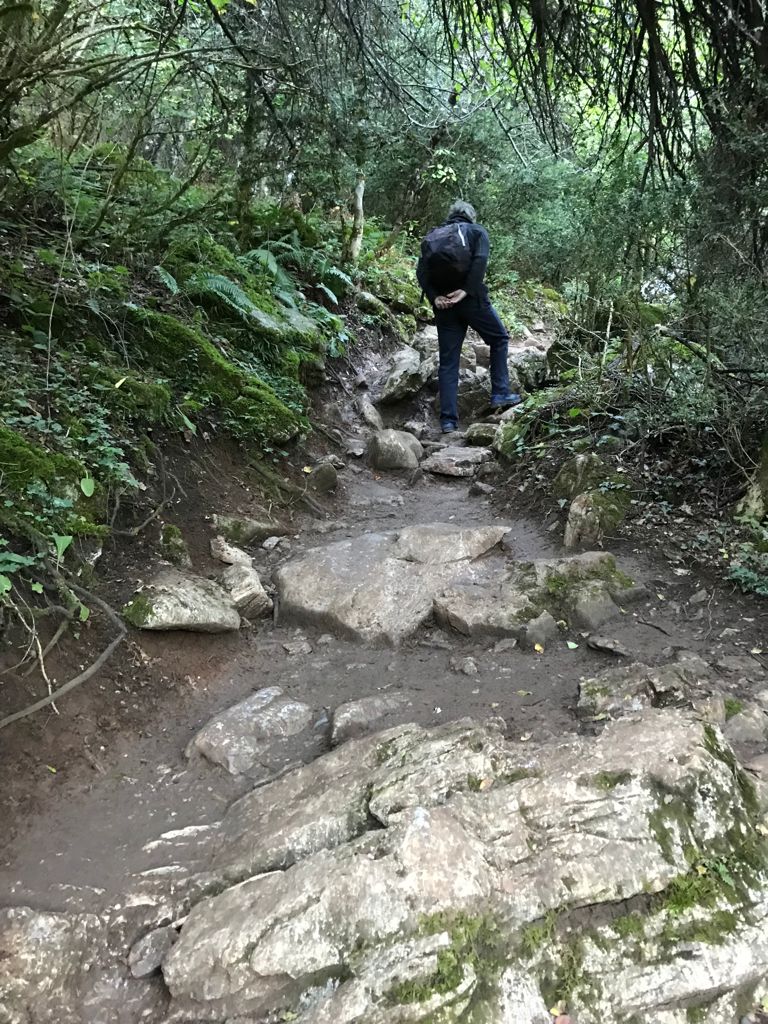 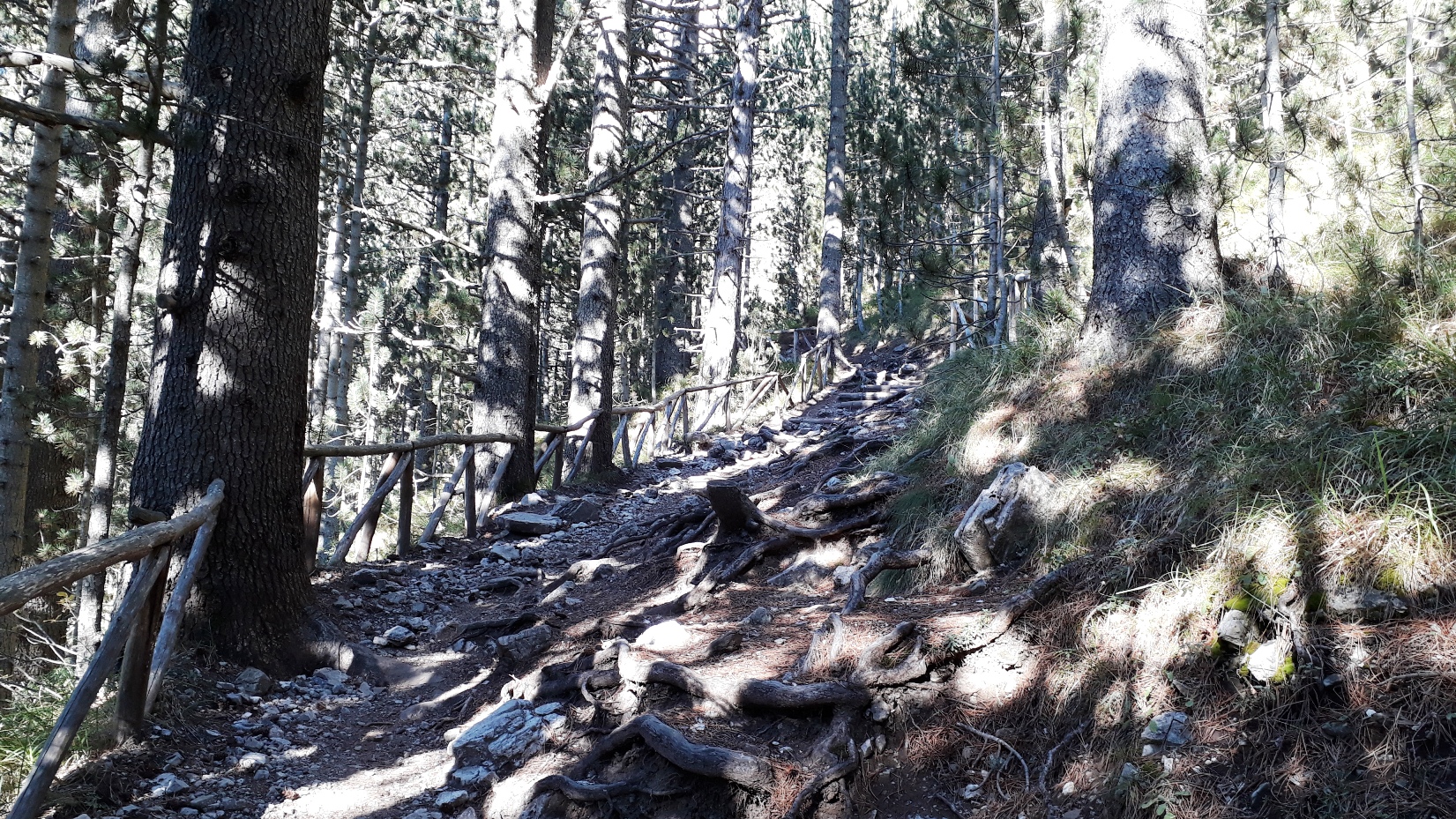 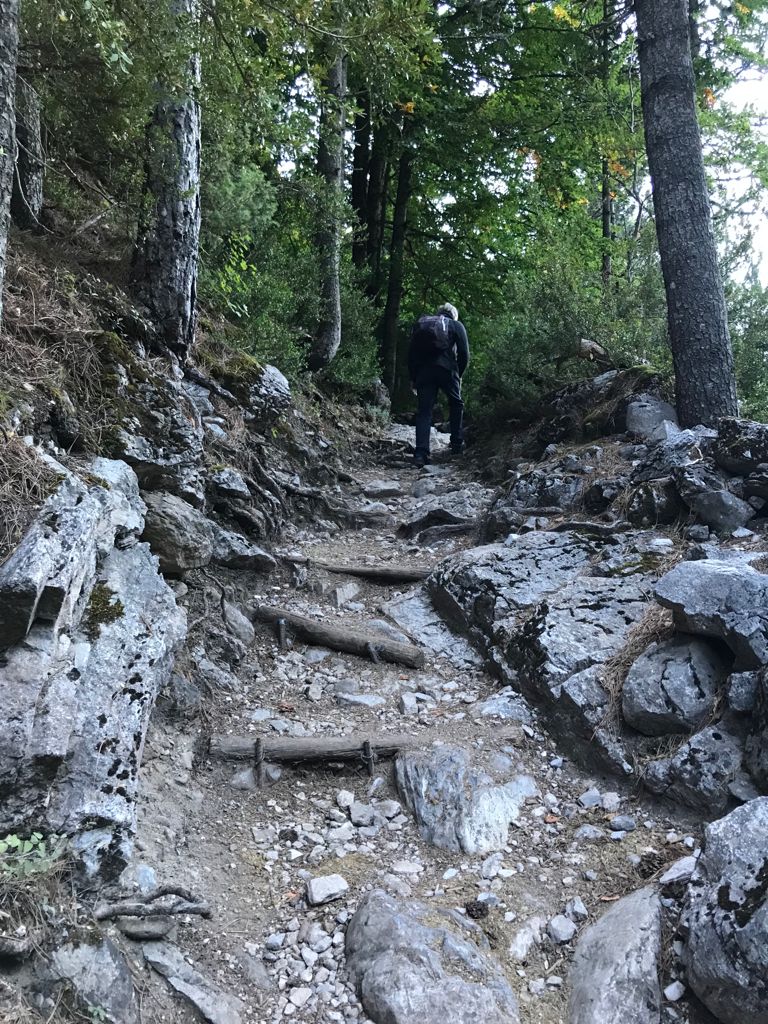 Then back into the forest... 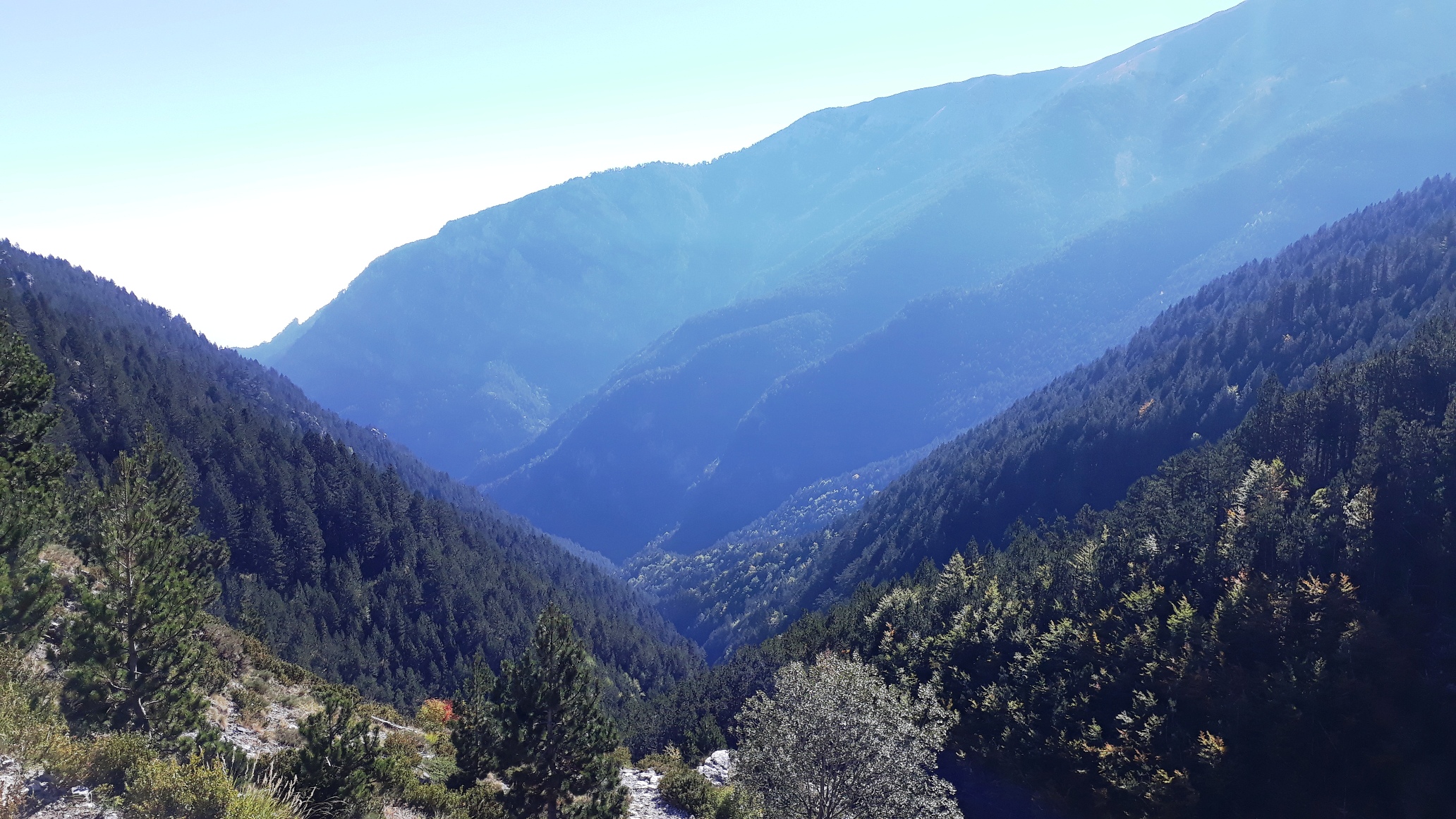 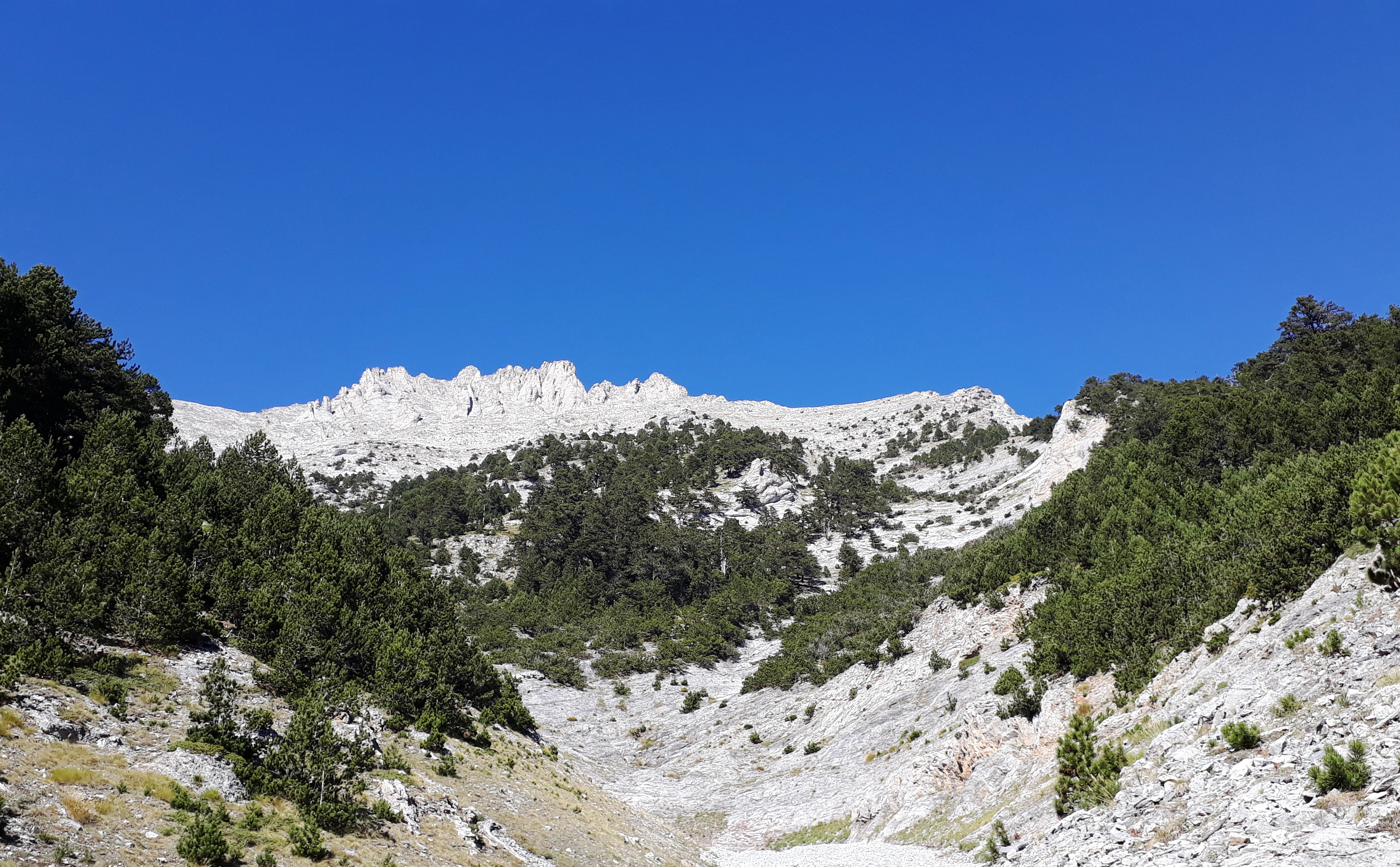 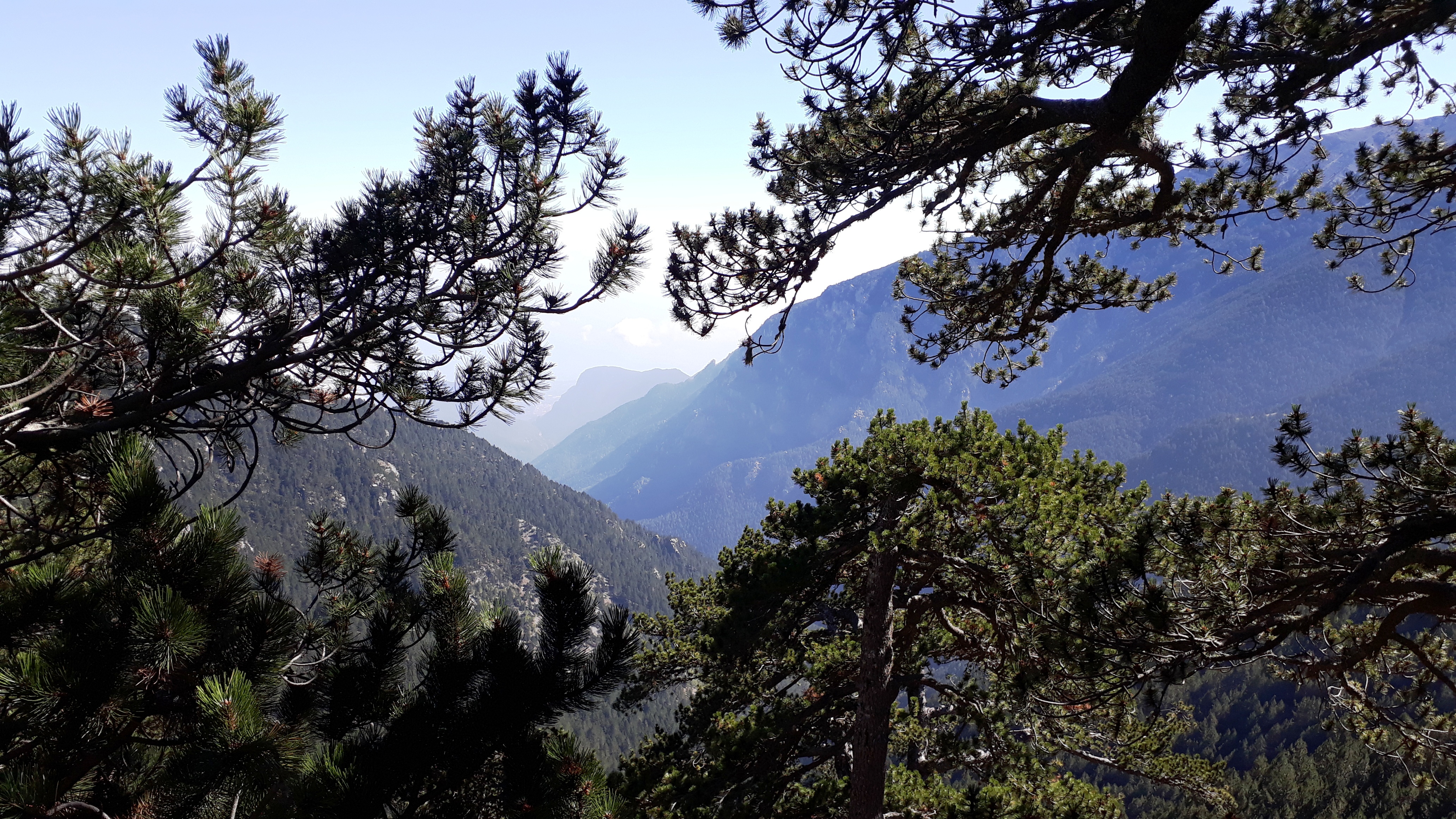 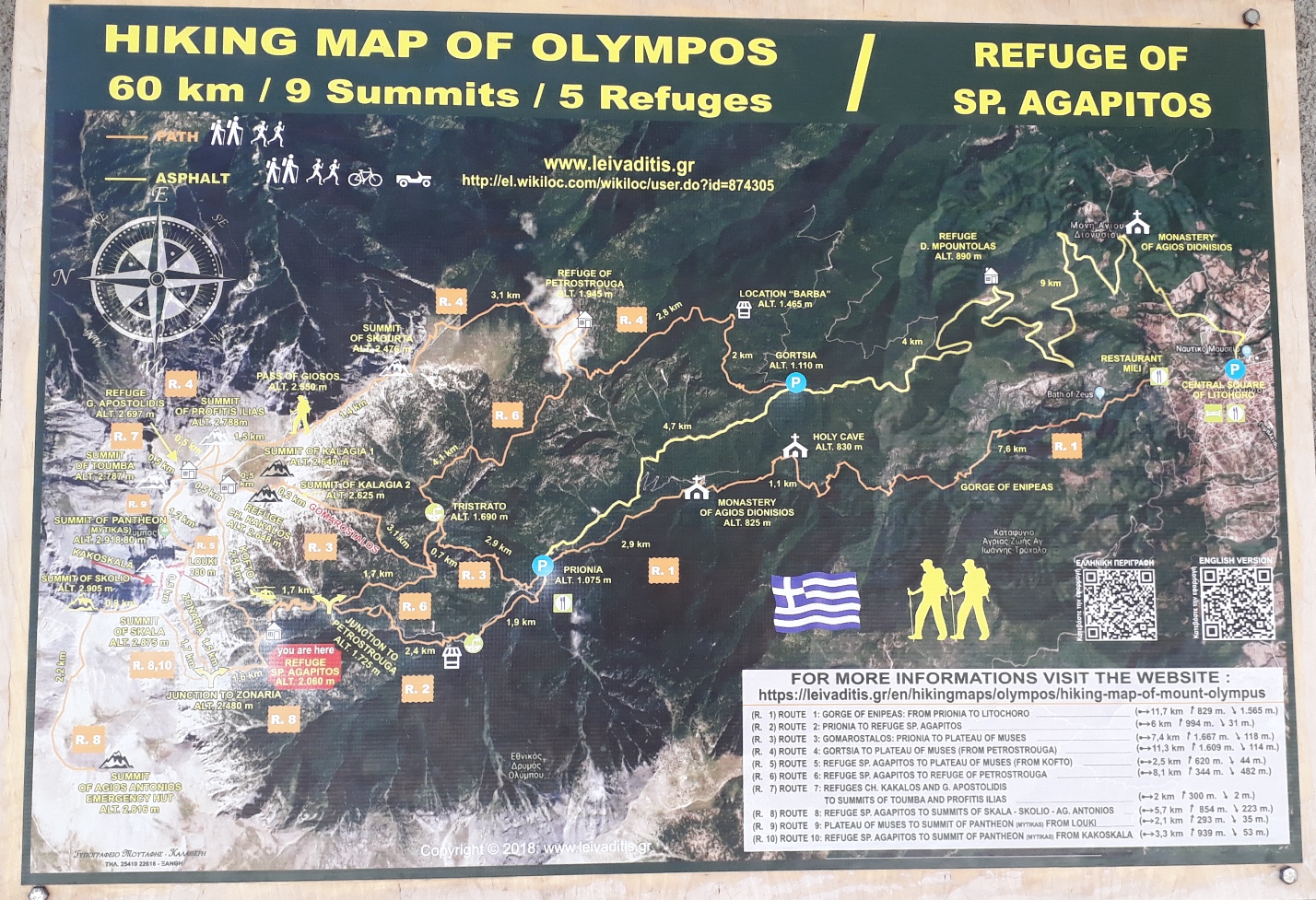 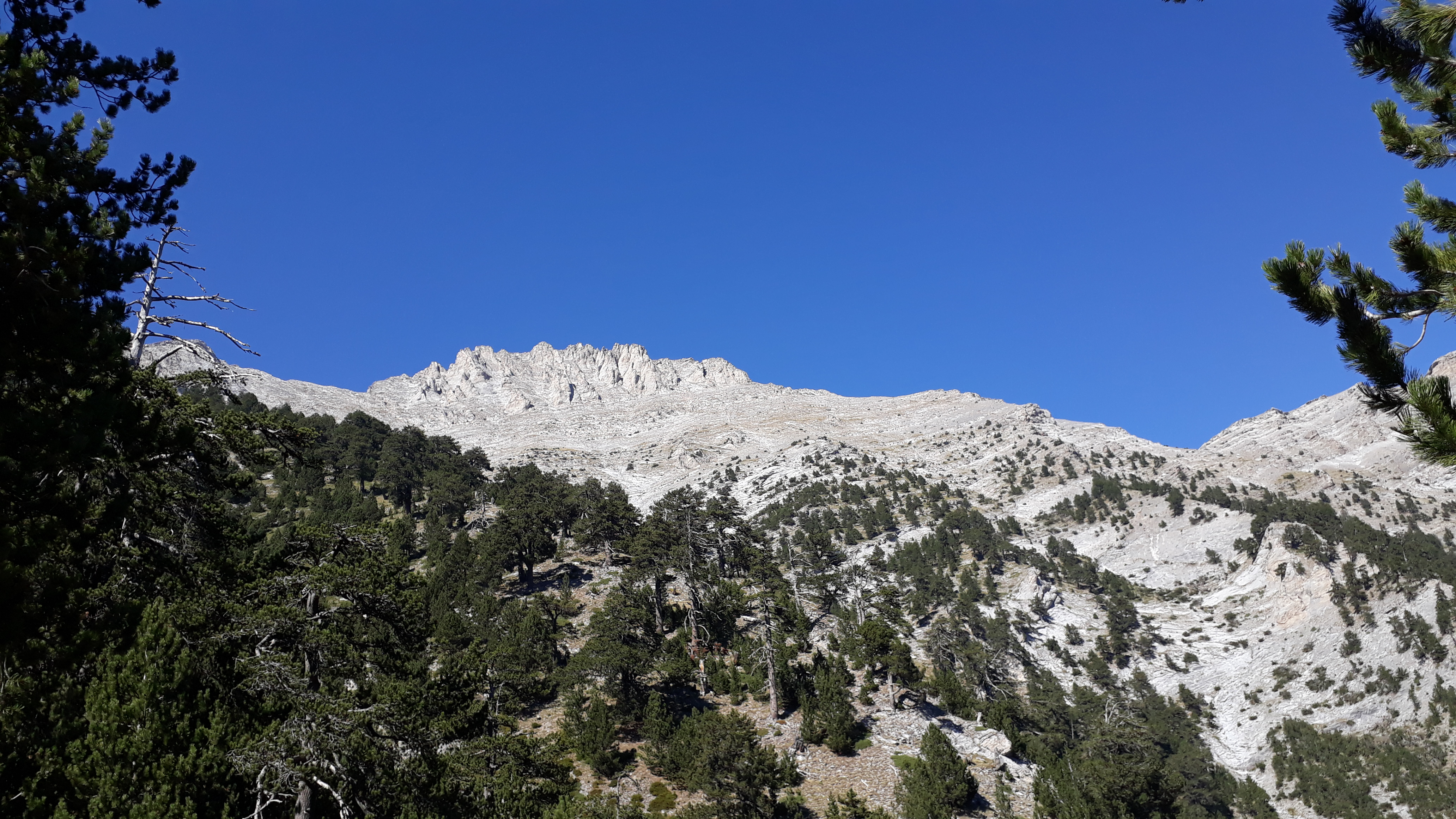 We head off back, the way we've come, shortly after 12.30. We get about half way down when Ales's knees start playing up, and so the walk back down unexpectedly takes longer than the walk up.

The CEO is talking about going back next year to the same hotel, and if we do, I'll definitely have a go for the summit.