Having had a fairly grim first taste of the Arenigs a couple of months before, Arenig Fawr was a very pleasant surprise. Even on a day that started off quite misty and never cleared up completely, this was generally - bar a few testing miles towards the end - a lovely route in the prevailing dry-ish conditions.

our_route.gpx Open full screen  NB: Walkhighlands is not responsible for the accuracy of gpx files in users posts
Even though there aren't all that many Welsh mountain walks about where you have travelled over four miles before seeing anything like a summit, the gradual route up Arenig Fawr circling the llyn is terrific, cutting through the pretty high valley, before climbing steadily on a good grassy track to the shores. The steep, but clear and stony, ascent west above the Y Castell crags afterwards is particularly enjoyable and - after following a clear contouring path around and up to the shapely summit - you seem to have expended very little effort to reach such a high vantage point. Not the best views today through the haze, but enough of the next parts of the route to draw you on... 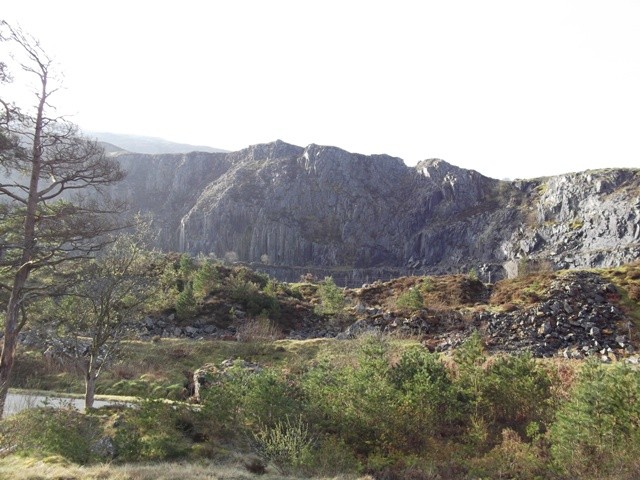 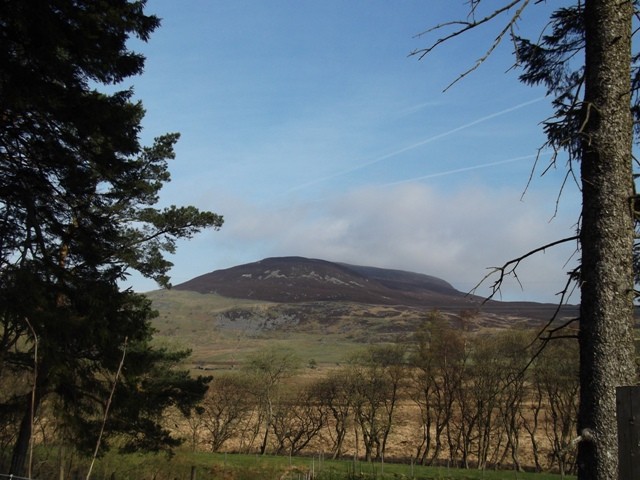 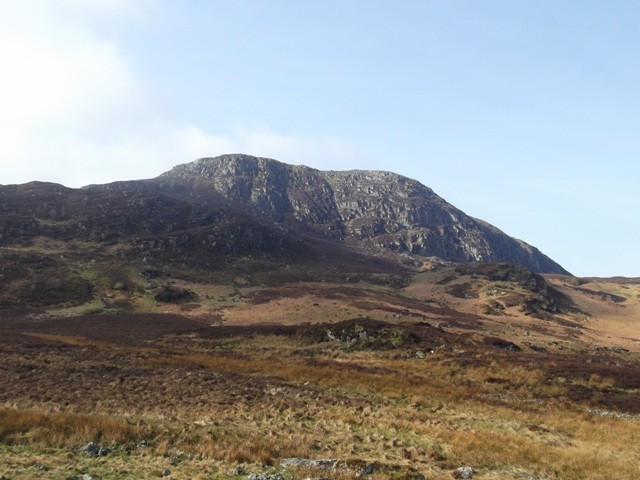 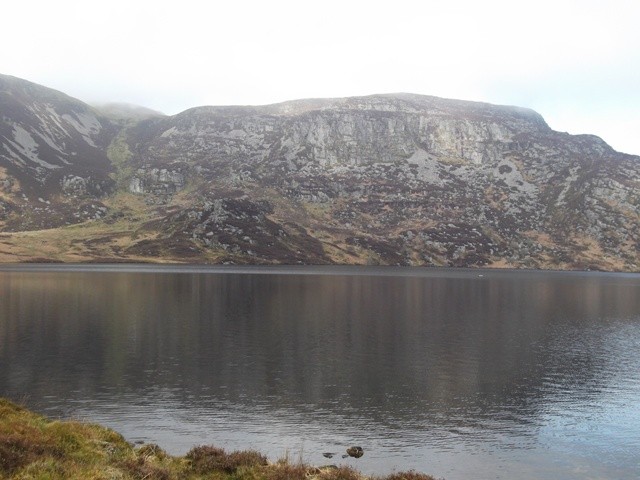 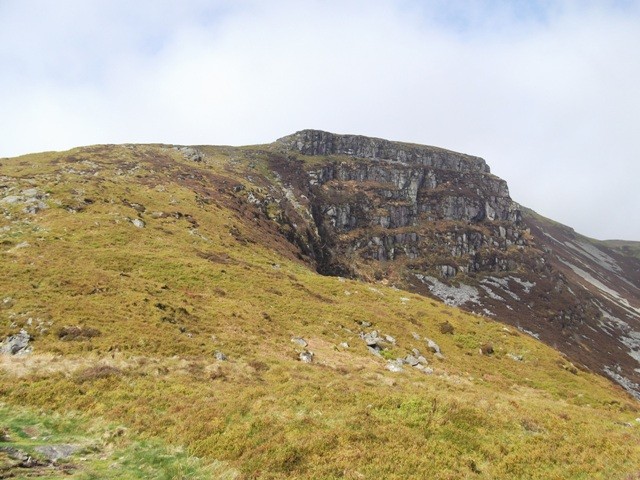 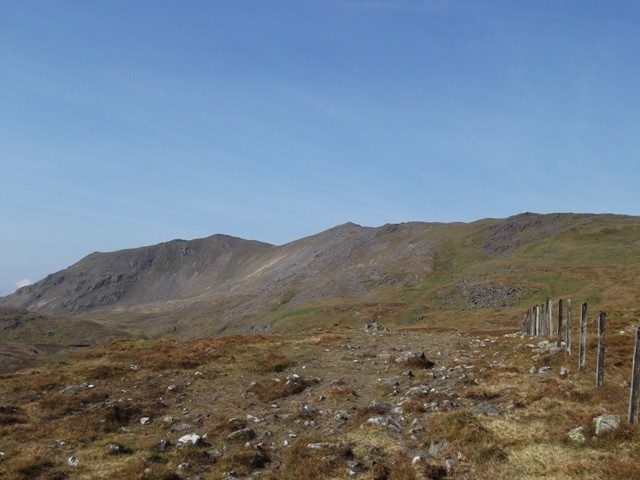 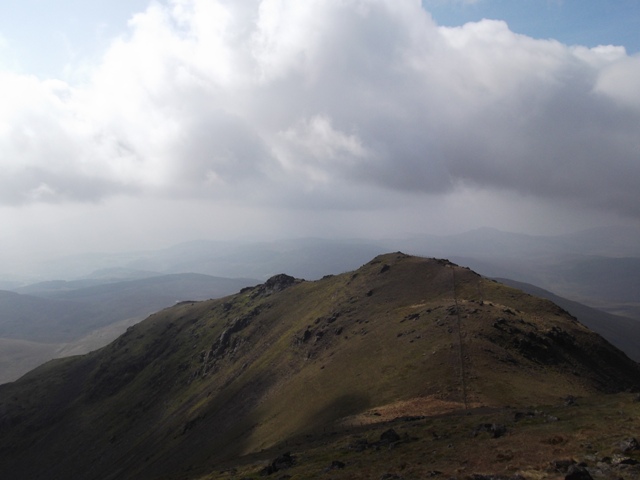 The descent onto the south ridge remains good going, and with the right route-finding (head down SW from the top of the south ridge to a track leading S to a bright green sheepfold and then pick up the clear path from there to the slopes of Moel Llyfnant) you can traverse the col between this and the next peak without any of the serious bogs you might have been led to fear. The climb of Moel Llyfnant is another pleasant and easy grassy trek, even if it's only in the final few minutes where the rock breaks through that you feel you have climbed anything other than a tall farmland hill... 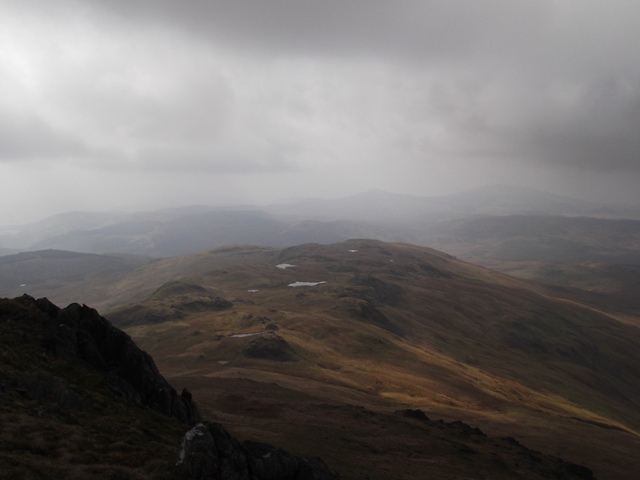 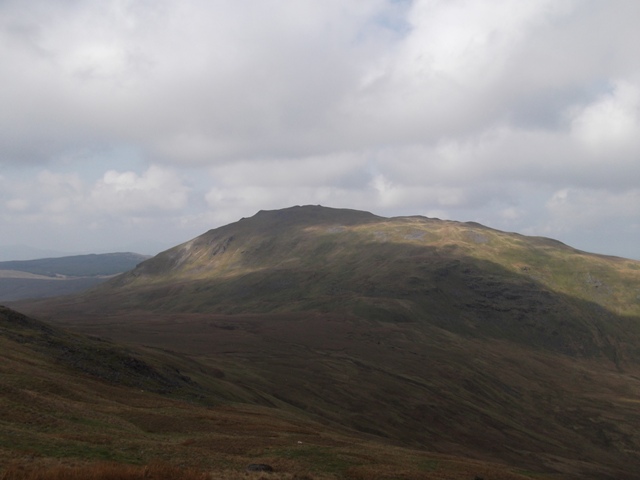 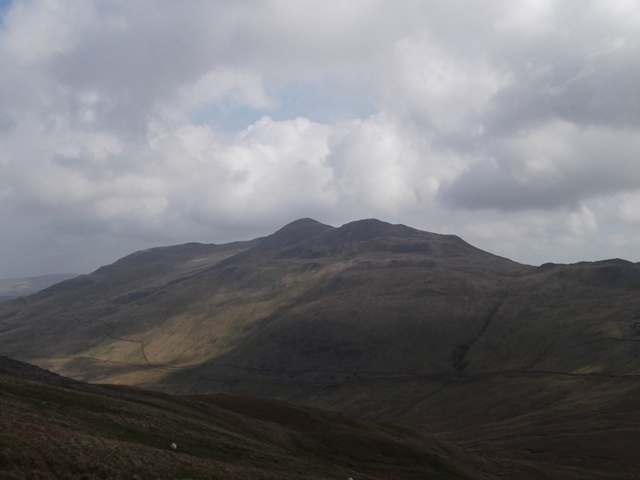 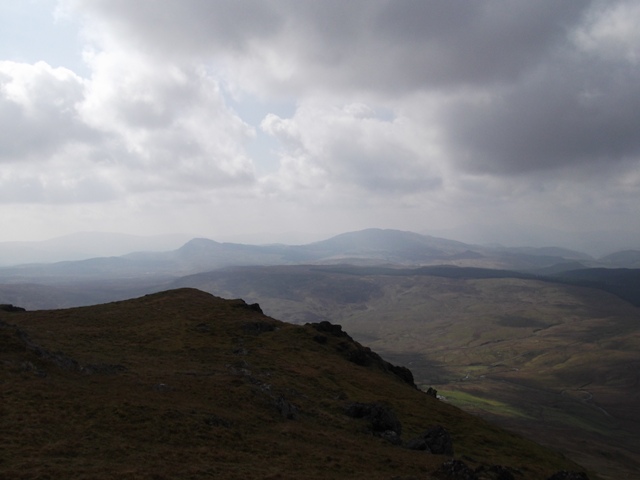 After the descent towards the forest, the paths disappear and things do deteriorate rather - maybe the very best version of this route might involve finding a route north off Moel Llyfnant to complete a tighter circuit, and leave the western peaks for another day? Even in a dry period, the next col is reedy and pretty damp and the ascent to the Foel Boeth ridge, late in the day, unclear and fairly tough going. 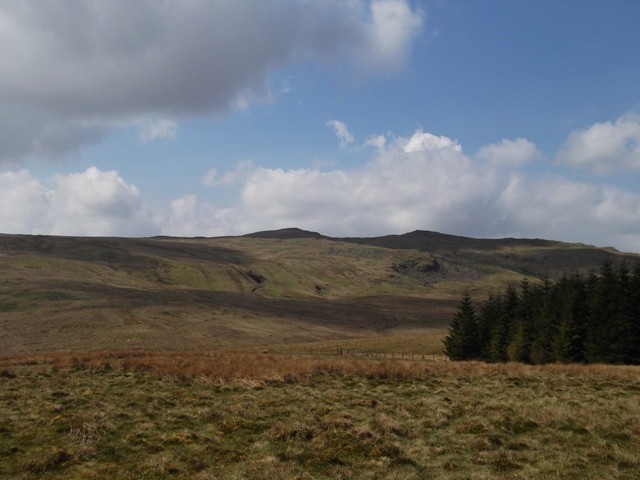 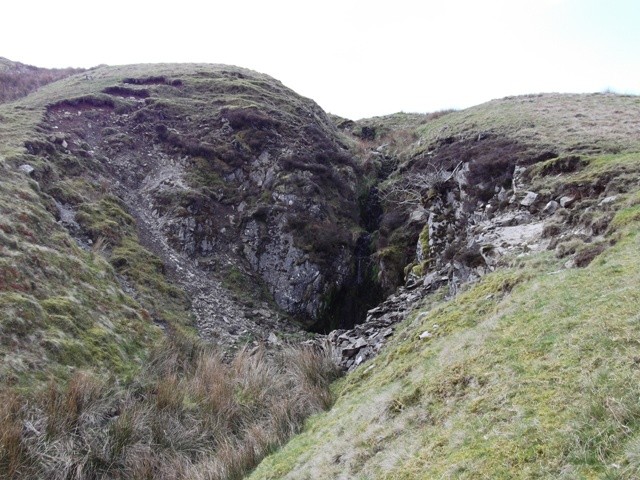 Gully on slopes of Foel Boeth 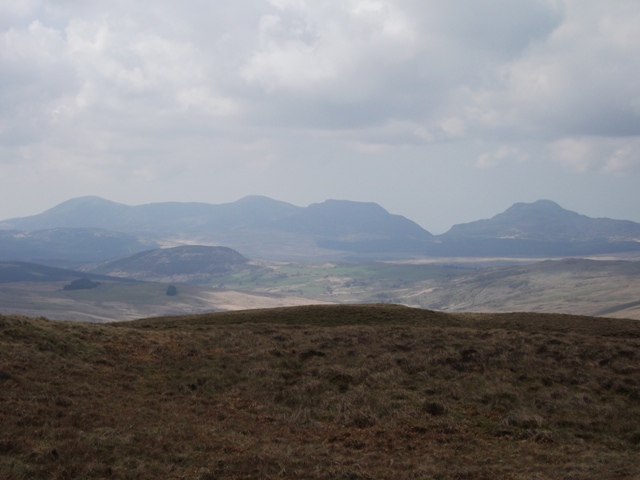 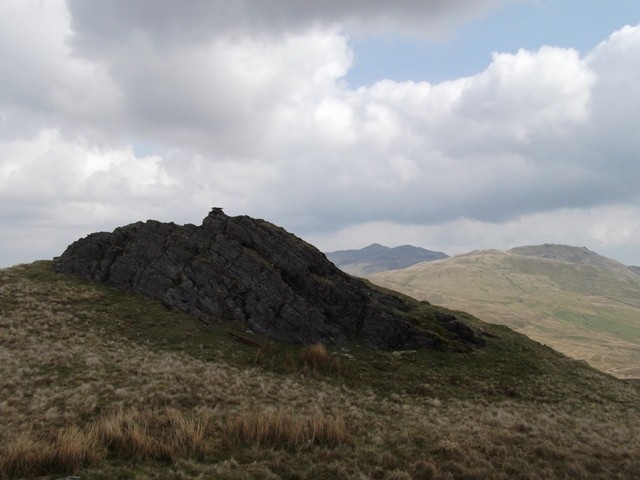 The area around the peaks of Foel Boeth and Gallt y Daren is nice enough, but the ridge descending north thereafter is very boggy and makes for slow, high-concentration walking, albeit with some good views north to enliven things. And after you drop down, like (seemingly...) most Nuttall ideas of pathlessly 'following a stream', even with the pleasant sights and sound of the Nant y Gist-faen beside you, you spend a good time on going that feels like you may as well have saved some trouble and waded straight down the middle of it instead! Reaching the old railway bed that takes you - albeit over flat and quite unvarying terrain - the couple of miles back to the start is a very definite relief after that, but a testing stretch towards the end doesn't really detract from a very rewarding and generally enjoyable - albeit long - path through these outlying hills. 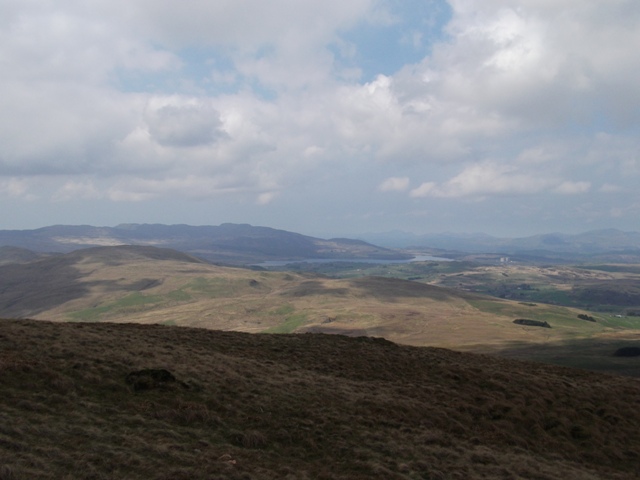 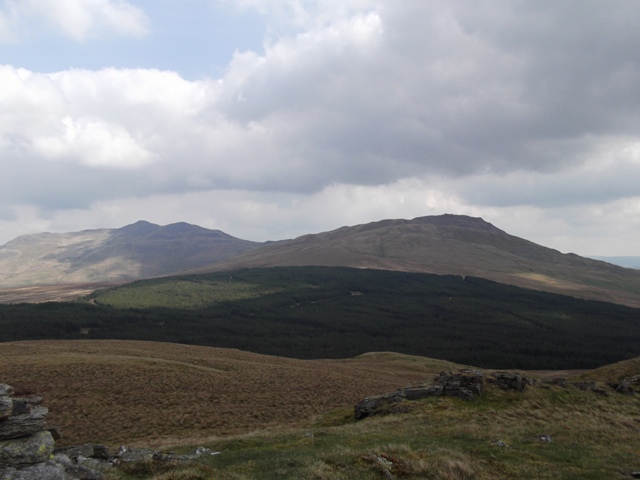 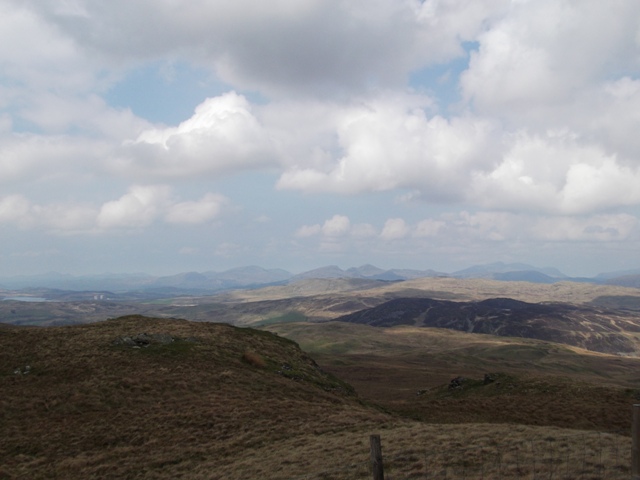 Nice photos poppies, those like like some interesting hills there.
You must walk fast to go that distance in only 5 hours.

Thanks skuk. I guess perhaps so on this one - bar a bit of skipping around bogs there isn't really much to slow you down and it's pretty easy going - but certainly not always!

Great report and some cracking pics, even through that damn haze

I loved this quote, been there - done that

most Nuttall ideas of pathlessly 'following a stream', even with the pleasant sights and sound of the Nant y Gist-faen beside you, you spend a good time on going that feels like you may as well have saved some trouble and waded straight down the middle of it instead

Users browsing this forum: past my sell by date and 12 guests