With good weather forecast i’d decided to have a crack at these five Wainwrights. After two quick stops on route, Troutbeck Bridge for petrol and then Windermere for a few photo’s i arrived at the car park next to Maggie’s Bridge and was on my way by nine o’clock. 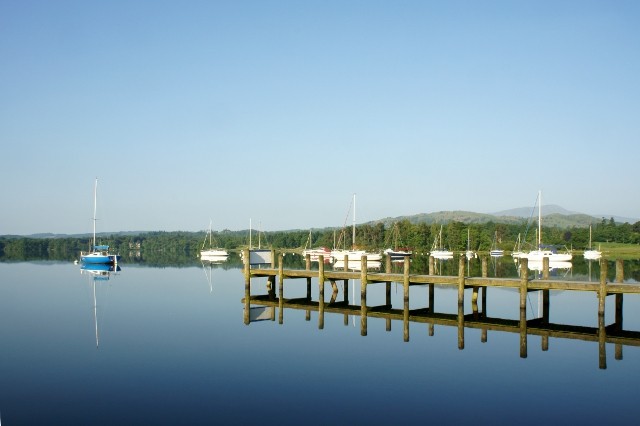 From the car park i walked back up the lane turning right at the junction then right again at the inn, down past the church and over a bridge which led to Kirkgate farm. After continuing a few hundred metres along the track i took the path which passes through the forest to Grid Ref 140201.

From the lane looking to Carling Knott 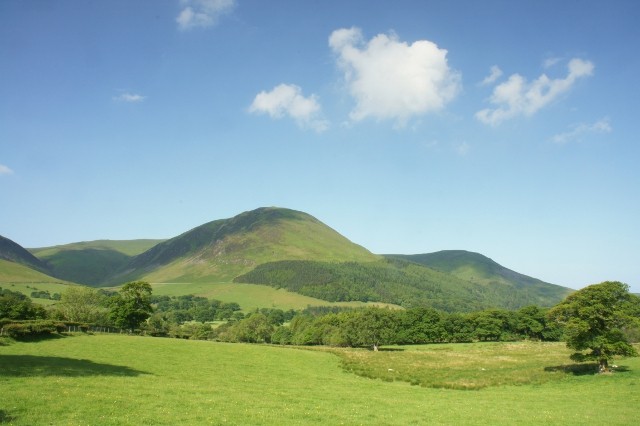 Loweswater with Low Fell on the right, from 141200 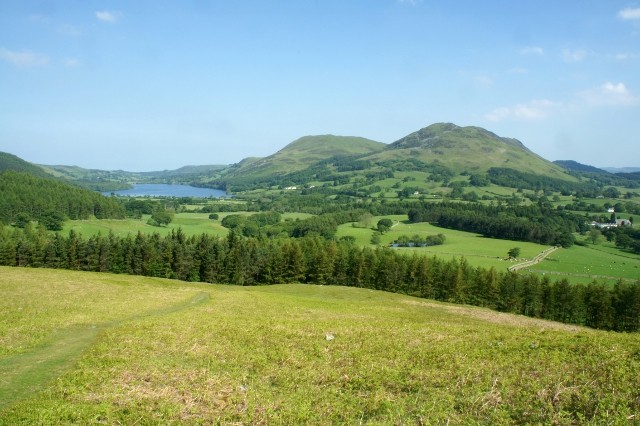 Loweswater with Carling Knott on the left, from 141200 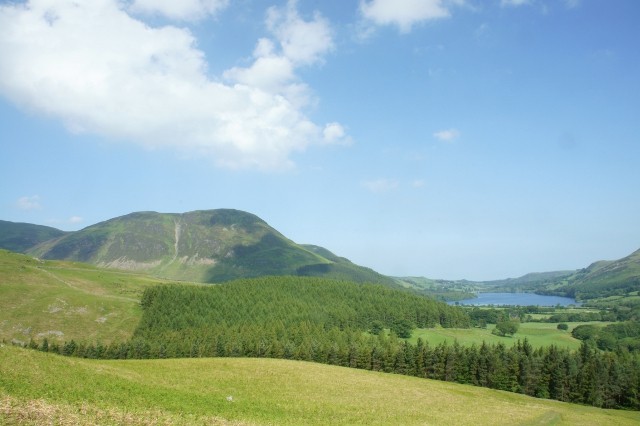 Loweswater from a small level area on the way up Mellbreak 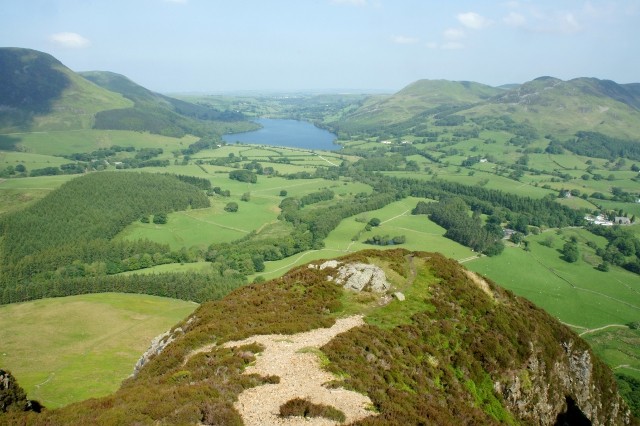 From here the grass soon gave way to a scree slope which was obviously the way up. I must have picked a good line as no problems were met, above the flat area in the photo above the scree gave way to rock steps and in no time the angle eased and the north west top of Mellbreak was reached. 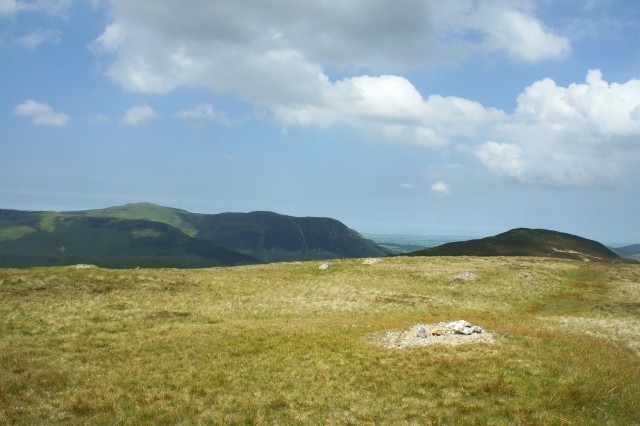 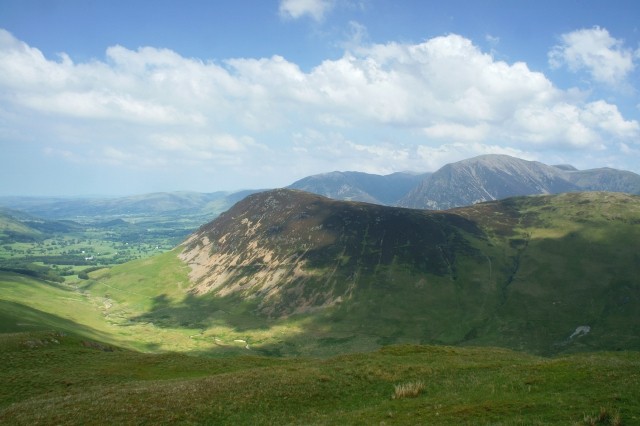 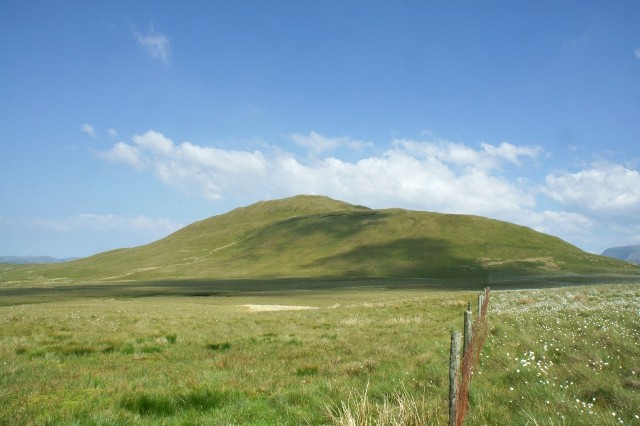 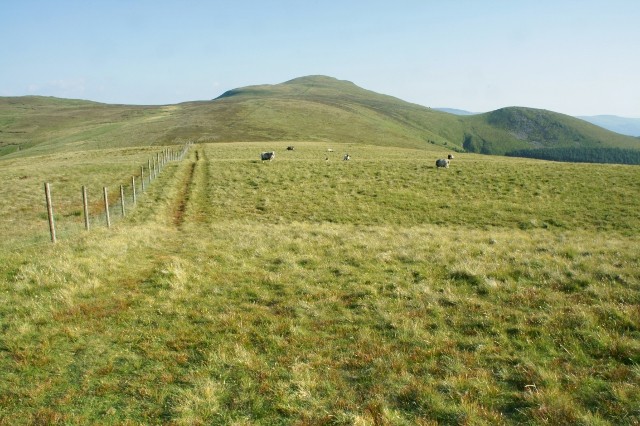 I continued to Mellbreak’s true summit before stopping for a 1 hours rest. The best views of the day were had towards Buttermere while descending south from Mellbreak, but the sun being dead ahead ruled out photography. The route to Hen Comb was straight forward and once the summit was reached another hour was spent resting. Once Gavel Fell was reached the hard work was over with only a short distance to Blake Fell then Burnbank Fell and with only a little height to be gained. 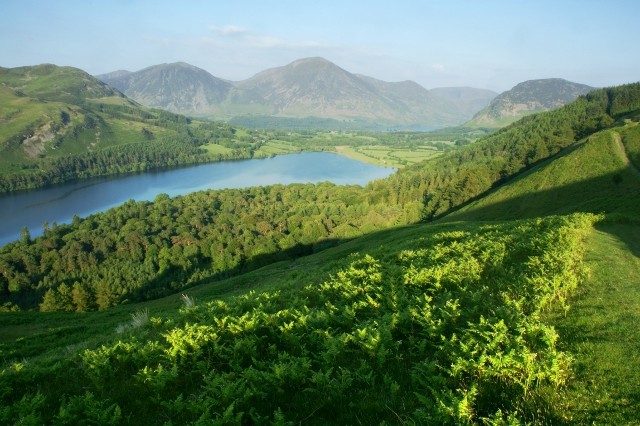 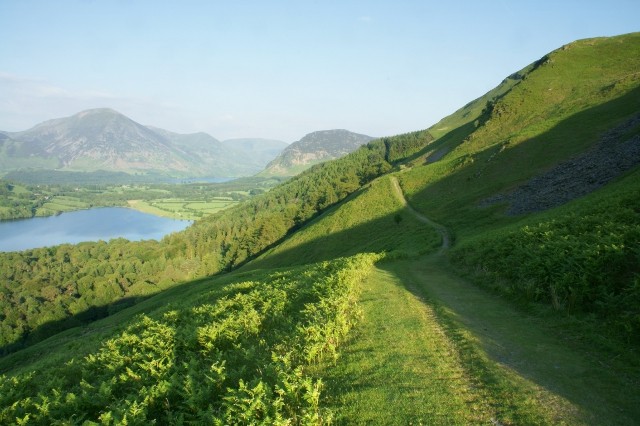 Descending the path through Holme Wood 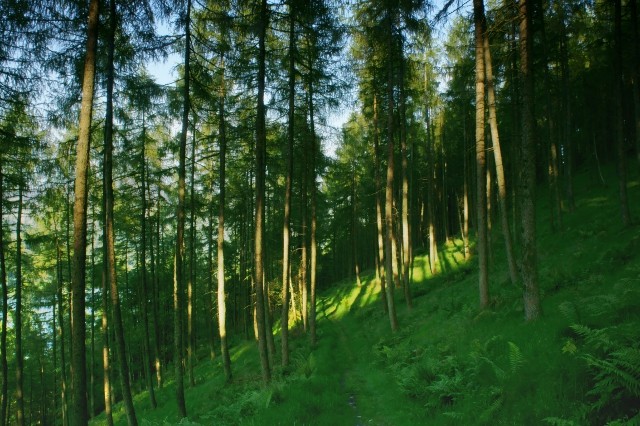 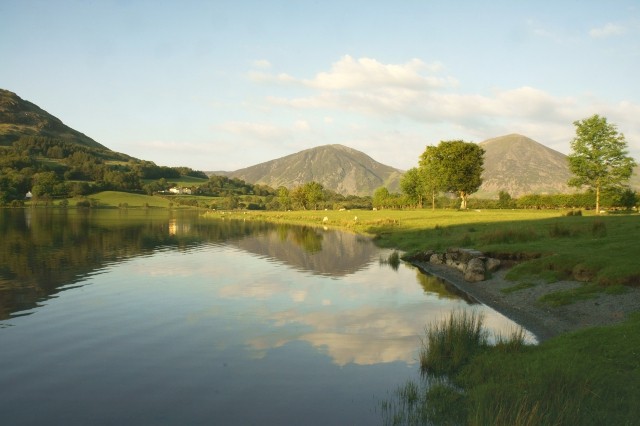 From Burnbank Fell a grassy path heads north east then north as it gets steeper before reaching the track shown on the map. Leaving this track i descended through Holme Wood to reach Watergate farm from where less than 1 km put me back at the car.

Mellbreak from near the car park 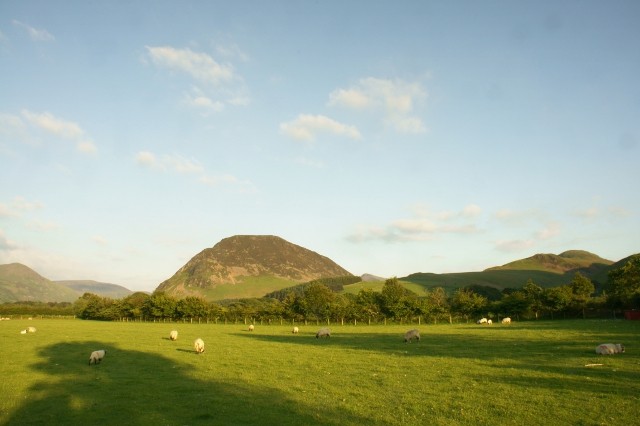 Mellbreak (zoomed) from near the car park 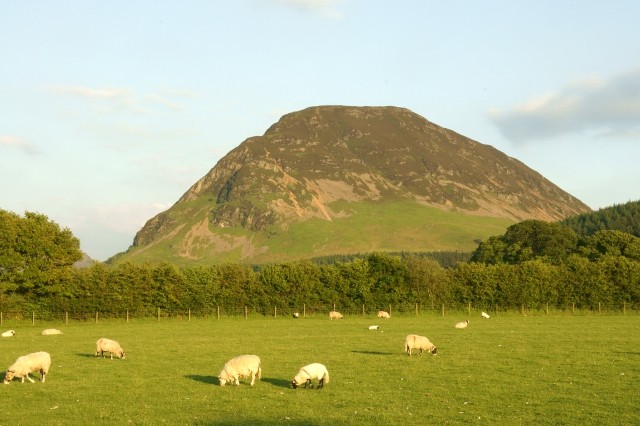 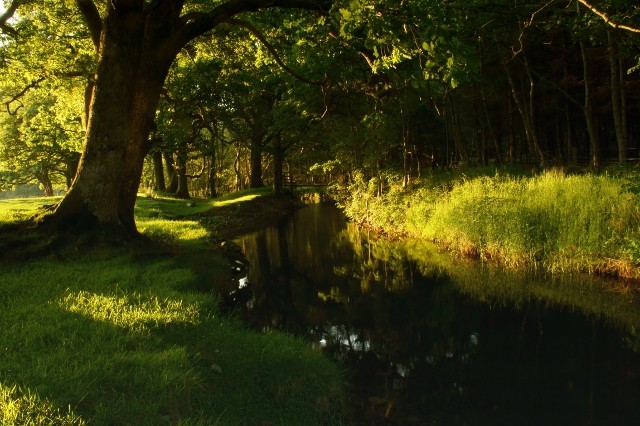 That looks like a good circuit canisp - I'll file it away for when we get around to these - and great pics as usual. Funnily enough, the day you did this we were going up your namesake hill, though not in quite such good visibility.

You've got some really beautiful photos there especially the Windermere one. Often wondered about that route up Melbreak but it always looks like it would be horribly loose

Still got a few of these to do, thanks for pics on a lovely day

john923 wrote:Funnily enough, the day you did this we were going up your namesake hill, though not in quite such good visibility.

I envy you, Canisp was one of my earliest hills done in the distant past, i need to get back there.

Crawler wrote:Often wondered about that route up Melbreak but it always looks like it would be horribly loose

I was expecting it to be loose but on the day didn’t find it too bad.

Good luck with the weather on the day.