The Dodds and the Deepdale Horsehoe

The Dodds and the Deepdale Horsehoe

Dodds.gpx Open full screen  NB: Walkhighlands is not responsible for the accuracy of gpx files in users posts
This was a trip based on a route suggested by Bill Birkett in his book Complete Lake Land Fells but also described by Bob Allen in Ridges of Lakeland book 1.
The work starts at High Row to the west of the village of Dockray. There is plenty of car parking space for a very quiet area. I always find most of my route finding difficulties occur from the car park to the fells but no problems on this one, in the northwest corner of the parking area there is a gate and immediately through the gate a path leads to the left and that is it you are on route. A very steady and simple climb and 15 minutes walking brings you to the first summit of Low How. The view is typical of the smaller Birketts with extensive views all around of peaks from different angles. From Low How there are great views of Gowbarrow and the fells above Ullswater.
A slight dip and very easy walking leads to High Brow with good views of the days walking laid out before you. The Dodds from High Brow

The next objective is Randerside and this is a very easy stroll across a flat level with a steady rise for the last kilometre. It was reasonably dry when we walked it but obviously could be quite boggy with a longer period of rain than the Lakes have had. The view to the north now predominate with some spectacular views of Blencathra.
A steady pull from here leads to the first Dodd, Great Dodd. 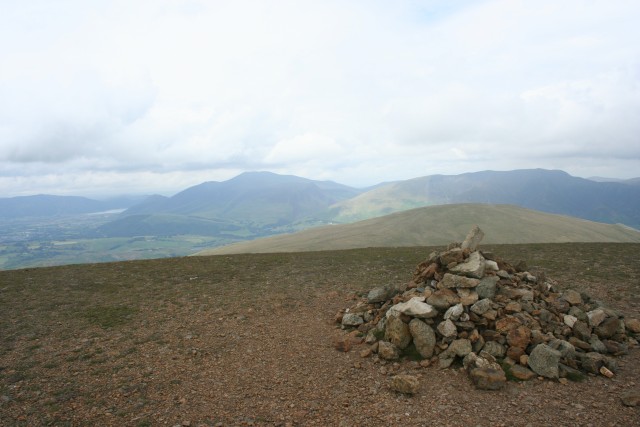 Skiddaw and the northwest from Great Dodd

No shelter at all on the summit but to the east is a good stone shelter with views back over Deepdale. Bob Allen describes this part of the walk as the Dodgers route rather than the Dodds because the broad and very clear path does not actually visit any of the summits. In mist it would be very easy to bypass all the summits so if you are peak bagging care is needed to achieve your destinations. Particularly with the next peak Watson’s Dodd, leave the main path at around 341202 and bear 223’ crossing a flat grassy plateau. Watson’s Dodd gives great views of Thirlmere and the fells above Derwent Water. Skiddaw and Bassenthwaite from Watson's Dodd

Back to the main path and the steepest climb of the whole walk up to Stybarrow Dodd, again don’t be fooled by the obvious cairn ahead of you on the path. The summit is of to the left with a little extra climbing. Summit of Stybarrow Dodd with views of Skiddaw and Blencathra

From Stybarrow Dodd drop down southeast and you will eventually cross a small path follow this to the left and you will head due east to White Stones. From here there is a good view of Catstye Cam’s northwest ridge which looks quite forbidding but is actually a really good route to summit of Catstye and never fails to bemuse people when you pop up on the summit from that side. 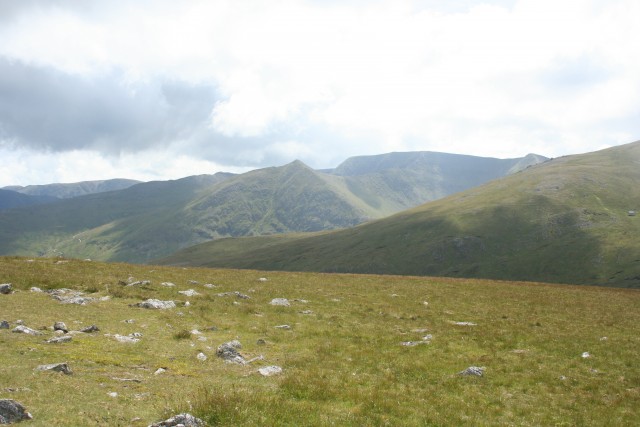 All the hard walking and on this route there was never very much of that, is behind you. Follow a straightforward path to Hart Side and then on to Birkett Fell where there are terrific views of Ullswater. 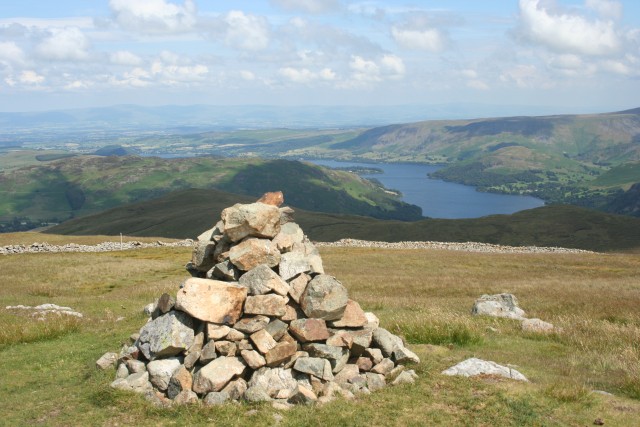 Cairn on Birkett Fell with view of Ullswater

And no, Bill Birkett didn’t name a fell after himself; apparently it is named after Lord Birkett and his work in fighting the water authorities in the Lake District who wanted to flood even more of it. There is a plaque on the east side of the cairn naming it as Birkett Fell. I can’t think of another summit so identified in the lakes, definitely helps with the route finding. Drop due east to the wall and follow this right down to the point where there is a stile in the wall, cross over and head to Brown Hills, this is the most indistinct summit on the whole walk and I couldn’t find any clear evidence of the highest point. From here it is back to the track and on to Swineside and Common Hill. 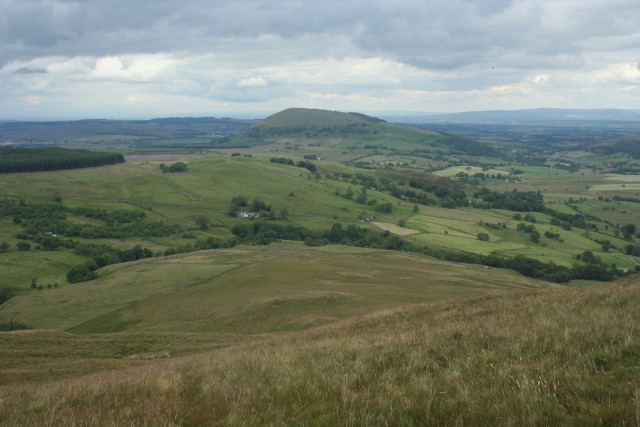 The final section is a little tricky as Birkett suggests following the left hand side of Blake Sike down then crossing over to a small gate in the wall at 382212 but there is a worn National Park sticker that says there is no public right of way beyond the gate. Allen suggests following the obvious footpath from Common Hill on to Dockray adding a great deal to the walk. We chose to go through the gate, across a small footbridge and up through a field to join the footpath in front of the building at Crookwath. Immediately past the building turn left through the gate and you are on the road leading back to High Row.
A long and very enjoyable walk of an area of the lakes I had never visited before with easygradients all the way. A definite rarity.

Re: The Dodds and the Deepdale Horsehoe

Excellent report, a similar walk we have planned for october, thanks