If you want a walk on the quiet side then come to the Howgills. We had a good day out last week taking in some of the north-east tops in the group. It's easy walking throughout, and although quite often rather soft underfoot, never descends into awful boggyness.

Howgills261011.gpx Open full screen  NB: Walkhighlands is not responsible for the accuracy of gpx files in users posts
We started from Ravenstonedale, an attractive village and worth a detour off the A685, and took the track leading roughly SSW towards Knoutberry, which itself is just a spur leading from the more significant top of Green Bell. After a few minutes, a footpath sign points you towards a crossing of Wyegarth Gill, after which the path pretty much disappears. Well, that was helpful

. Anyway, we skirted round grassy Knoutberry and then the path became more obvious again as it rejoined the original farm track. This now followed Long Gill up to Spengill Head. 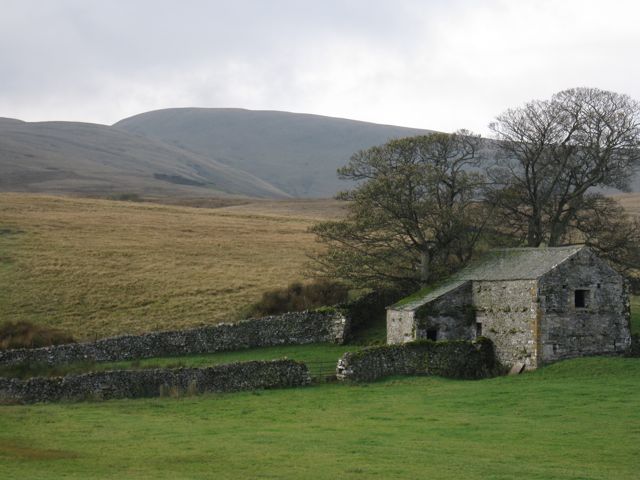 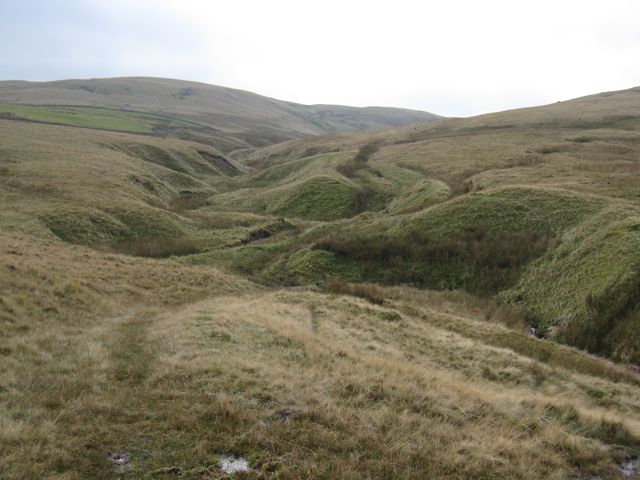 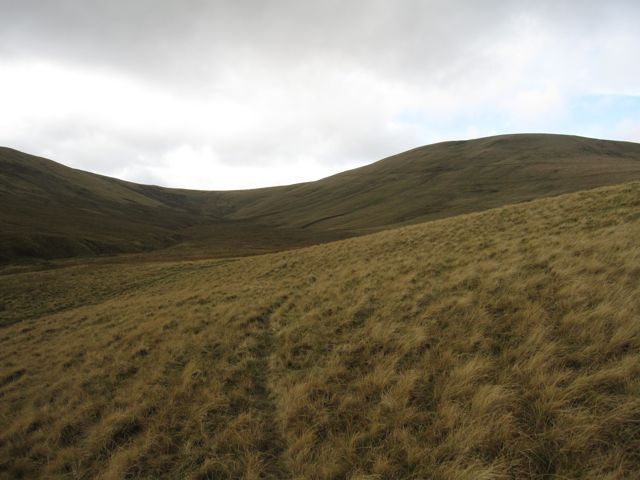 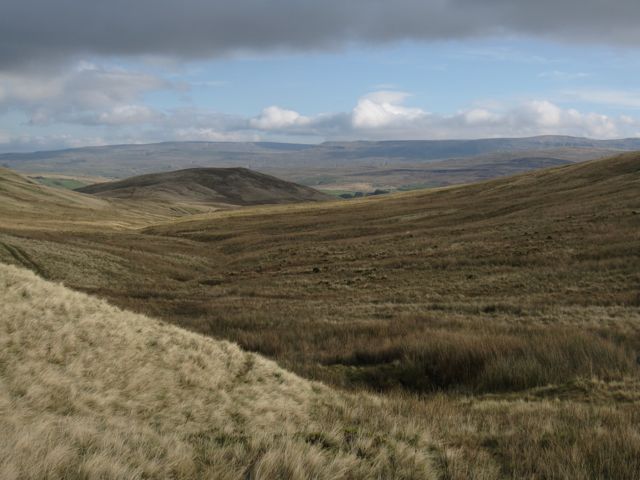 From here the route to Randygill Top was obvious, but with the stiff breeze we didn’t hang about. Nice clear views all around though. To the south, Yarlside looked a very separate hill and the next section was a bit of a rollercoaster, down Randygill Top and up Kensgriff, down Kensgriff (brief lunch stop) and up Yarlside. Very steeply up actually, but the slightly stepped ground made it easier than it looked. 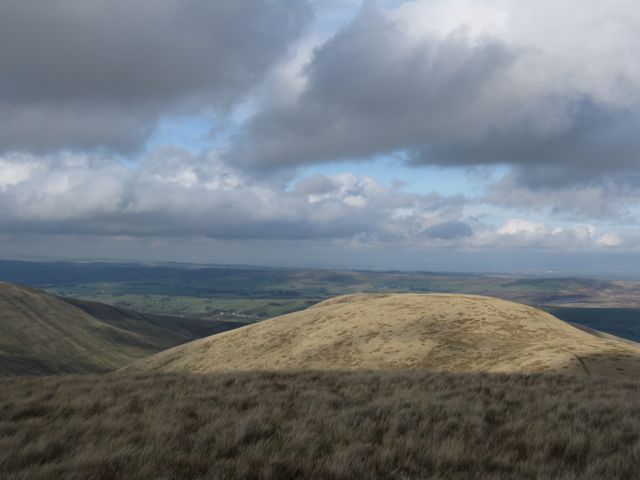 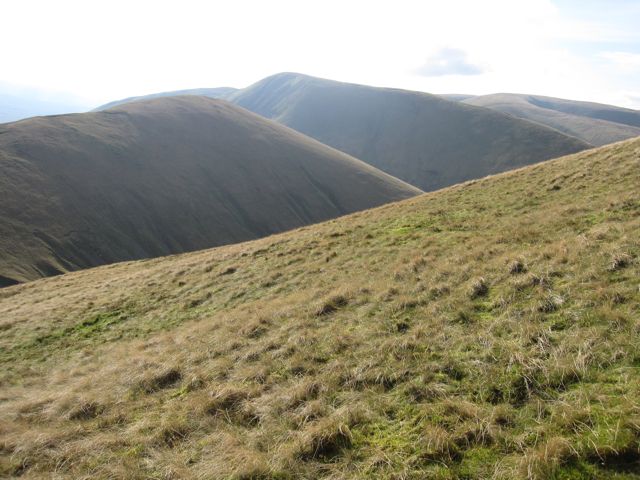 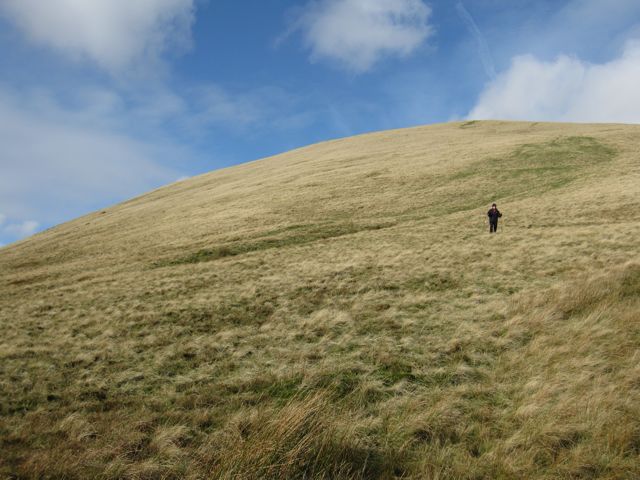 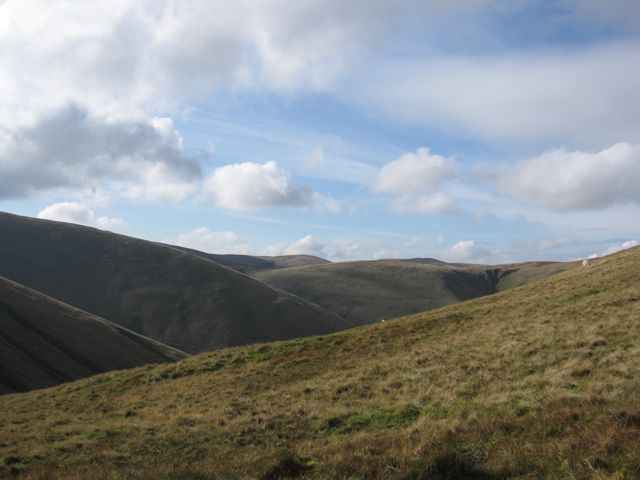 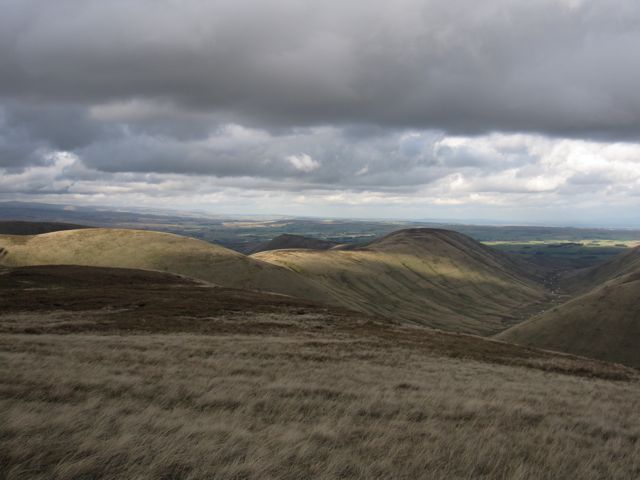 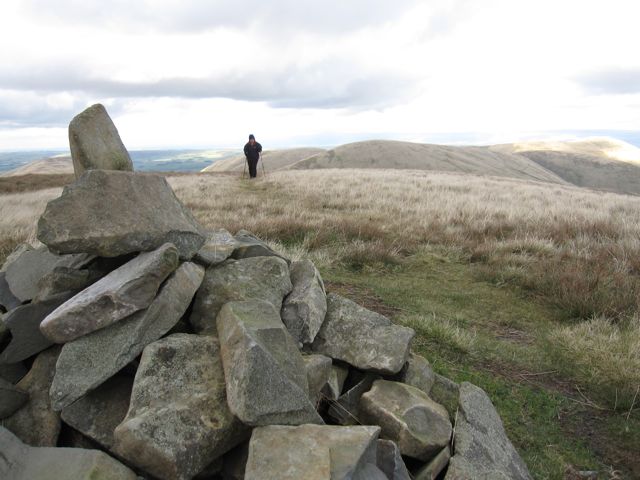 We continued past the Yarlside summit cairn just far enough to see Cautley Spout below but there didn’t seem to be that much water going over it today.

Our return route took us back over Kensgriff a second time but then we were able to pick up a very convenient sheep trod that countoured very nicely round Randygill Top and and left a much more level stroll to the trig point on Green Bell. At 605m this is only 15 feet short of Hewitt status itself. 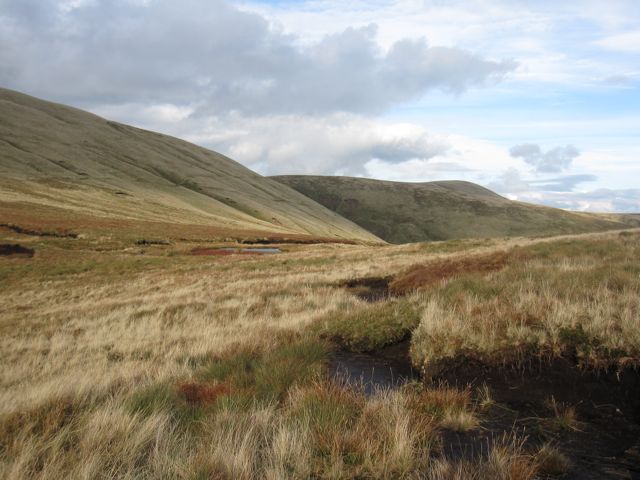 Looking towards Green Bell from the foot of Kensgriff From here we headed north, then north-west to descend over Dale Tongue. After crossing the stream at its foot we then picked up a rather waterlogged farm track which led back to Greenside. A short stretch on the road and then a path across fields took us back to Ravenstonedale. Incidentally while we were staying in the area we had good food at both The Black Swan hotel and the King’s Head – it’s a lucky village that has two decent watering holes. 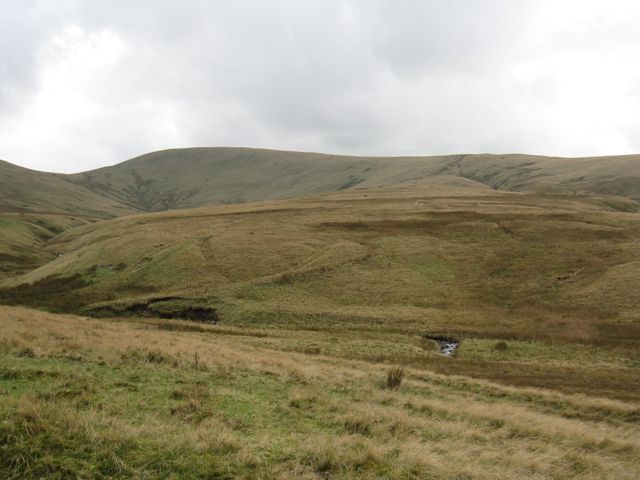 Route back over Dale Tongue

These last pics were actually taken the day before, from Crosby Garrett fell. We'd just gone out for a short walk which tuned out to be a bit longer than planned. But it meant we were around just at the right time to catch the sun descending. Hope you like them. 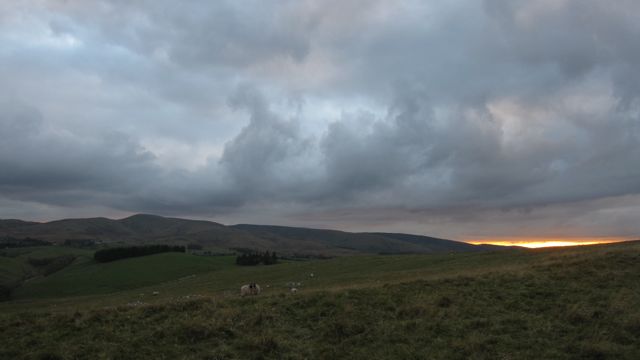 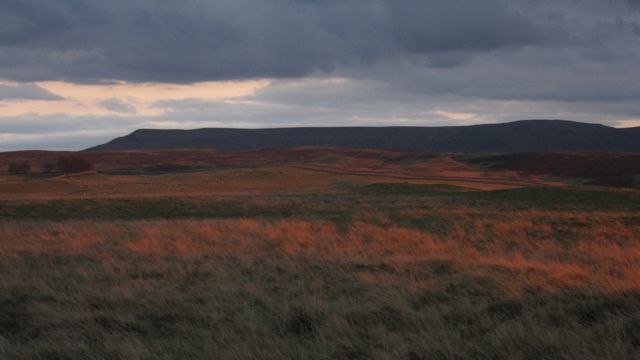 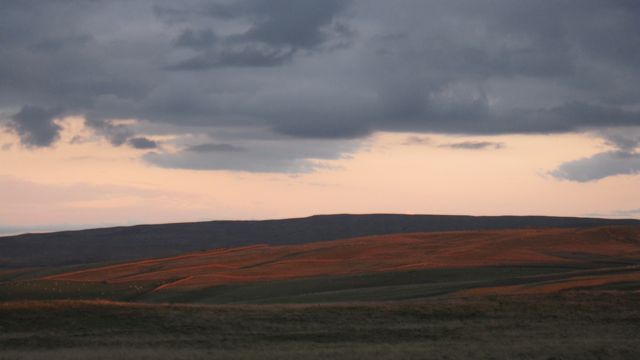 Looks a good walk. Randygill is one I need to do along with Fell Head to complete my Howgill Hewitts. I had a walk planned to combine the two on one big day but with the shorter days creeping in I'll either have to split it into two or wait until next year.

We stayed in Ravenstonedale one October half term, many years ago, and had a fantastic time walking the Howgills. We saw very few people and yet the walking is wonderful