My 1st trip on Walkhighlands. I hope you enjoy it.

The last time I managed to get out on the fells was 11th of August and being lazy it's took a whole month to put up a trip report of what was a cracking walk.

The weather forecast was unusually sunny for this summer and I managed leave my sun cream at my mother's house. I managed to stumble across a free sample I got through the post which had enough in for a day's walking. So off we went a little but late to Bassenthwaite. Thankfully it's around 30 minutes drive away, so we weren't going too be too late onto the fells.

This area is somewhat remote from the major settlements and we made our way off the main A591 onto some back roads, parking near Peter House Farm then taking the short road walk north to the path which leads onto Great Cockup.

As with all major walks, the 1st fell always feels difficult. The path meandered in, before splitting off into the flanks of the Great Cockup and climbing very sharply for a fair distance, before turning back towards the fell and the climbing sharply again towards the ridge of Great Cockup. The path on this route becomes sketchy but you soon find a wide path approaching the final ascent to the summit of Great Cockup. The last part was steep, but I must have been suitably warmed up by now as it didn't seem too bad.

There are some odd looking stone pits on Great Cockup, which I can only assume is similar to the fox trap on Great Borne.

Not entirely sure though, as they were fairly shallow. The summit was fairly unassuming, with a very small cairn, but good views of the lowlands and to the fells ahead.

The next fell on our day was Meal Fell, this was reached a quick ascent to Trusmadoor and initally steep, but reasonably easy ascent, having not lost too much height before reascending. The summit of Meal Fell was also unassuming and was dominated by the main ridge of the fells in this area of the Lake District. We didnt linger and were soon heading for Little Sca Fell (not a Wainwright), to asses where to go next.

The annoying thing about the Wanwright's in this area is that they send you out on a massive loop. We decided to do Longlands Fell next as it was lower and quickly covered the distance to the summit. The problem we had now was that it was not obvious how to climb Brae Fell. We basically went off piste, following a direct line down the steep slope of Longlands Fell, across Charleton Gill, which awkward but not difficult to cross, then onto Brae Fell.

It was at this point I realise it would have been sensible to do Longlands Fell and Brae Fell in the other order, as Brae Fell from this direction was a complete whaleback, with an incredibly steep climb for the majority of its ascent. It was very tough going in the late morning sun and when the summit was reached it was definitely time for a lunch break.

Once suitably recovered and no longer hungry, we reascended the short sharp slope to Little Sca Fell and straight onto Great Sca Fell, which is somewhat uninteresting and not worthy of a long visit.

It was the onto Knott via a fairly boggy section, probably the boggiest part of the whole walk. The ascent to Knott didn't take long and the views were better here, even if the summit is somewhat wide and barren. We were flagging now and with only Great Calva left our ascent for the day was almost over.

We quickly lost the height to the col, and then had the last of our energy sapped by the incredibly boggy ascent to Great Calva. It really saps the energy our of your legs. The ascent flattens out for a while as you reach the fence and AW's fearsome bog before the final ascent was fairly dry and easily cleared today, before a final steep ascent to the summit.

Great Calva cuts a lovely figure from afar and its summit is fairly rocky, easily the best fell of the day. The views are great with good views of the rear sides of Blencathra (you can just pick out Sharp Edge) and Skiddaw as well as the view down the full length of the Lake District (not great on this day due to the haze).

We took a well earned rest on Great Calva. This was our longest walk to date (11 miles) and also had plenty of ascent. We took a fairly direct descent back to the car, one which is not the best. It took us over a rather boggy Little Calva, then into what appeared to be dry river bed, before we took up the path that goes alongside the fence, which when then abandoned and had to negotiate thick heather back to the river bed. It eventually lead to a horribly eroded and steep path back down to Dash Falls, which was only negotiated with the help of the accompanying fence and my own arse. I managed to do the splits on the easiest part of the descent, but not harm done.

Finally we reached the track and passed the excellent Dash Falls and amazing Dead Crags before making our way back to the car.

The fells were rather busy and I must have seen around 20 people during the course of the day. Not a lot, but more than I expected in this outpost of the Lake District

Here are some pictures

Skiddaw from the ascent of Great Cockup 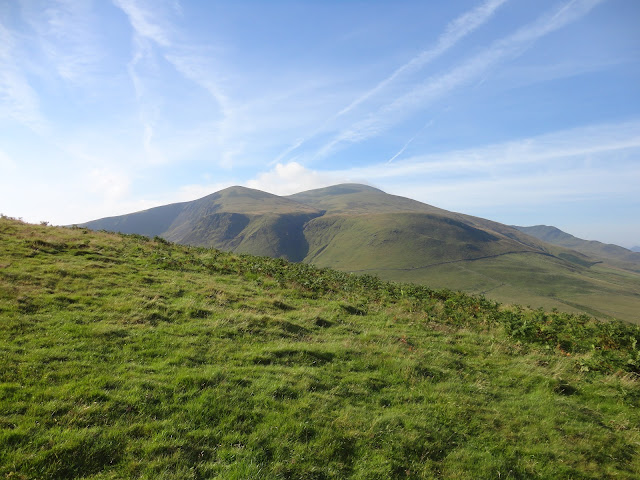 Heading for the ridge onto Great Cockup 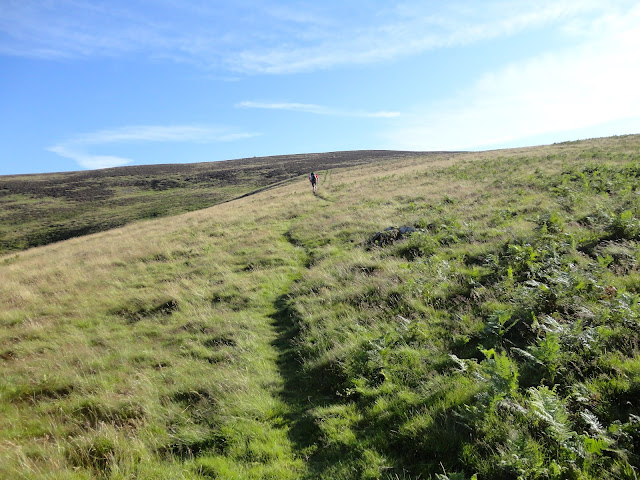 A better view of Skiddaw from Great Cockup 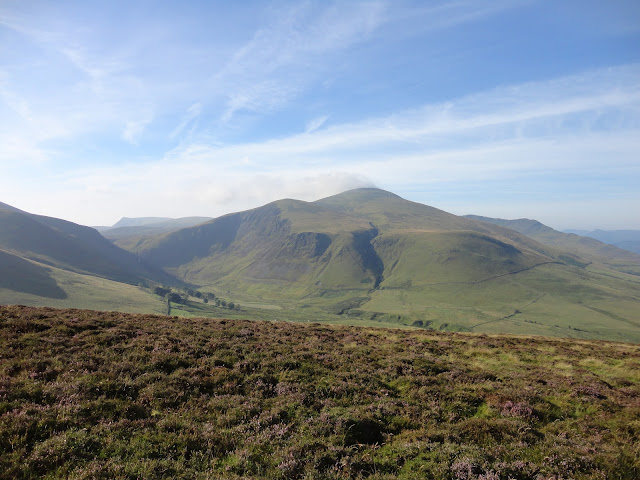 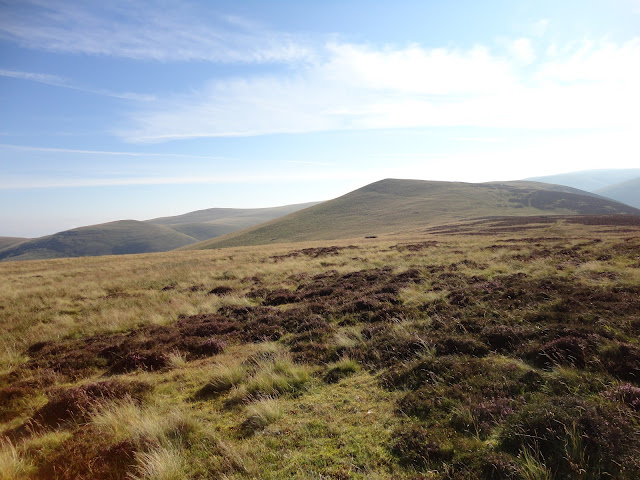 Not sure exactly what this is?!? 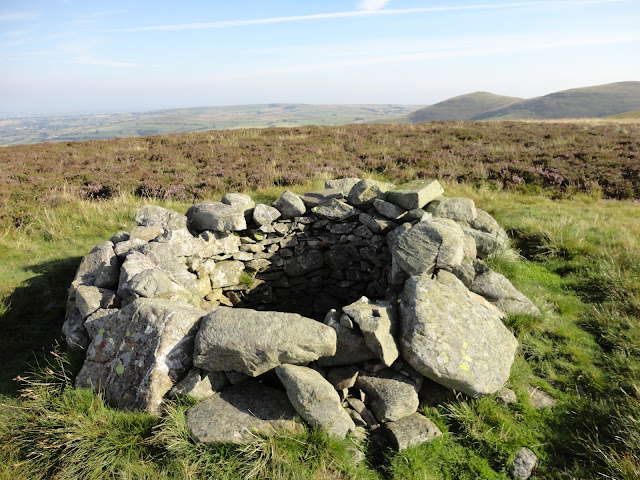 Great Cockup summit with Binsey behind 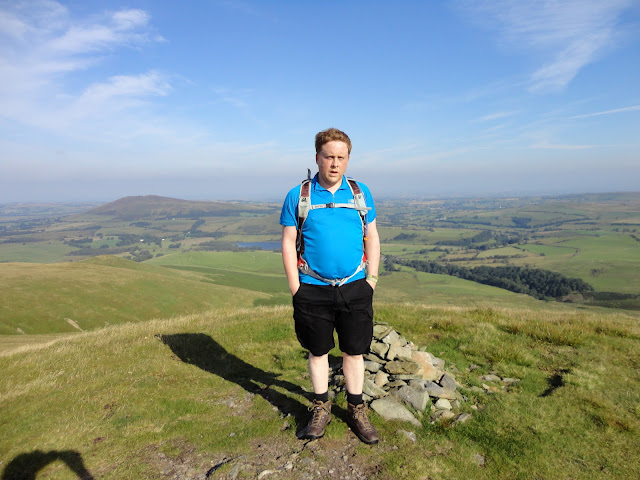 Looking over Trusmadoor to Meal Fell 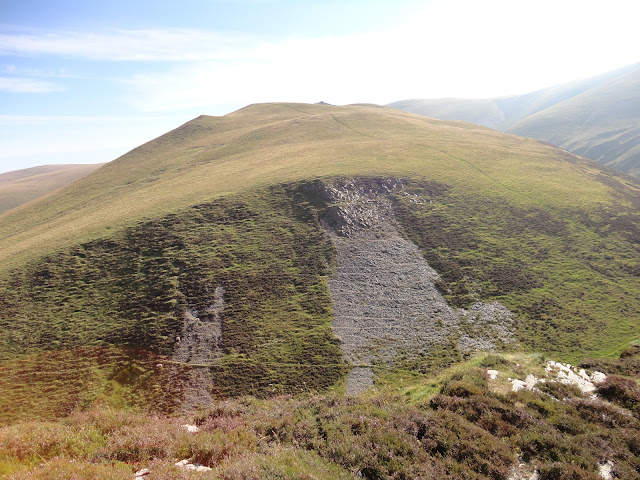 Looking back to Great Cockup 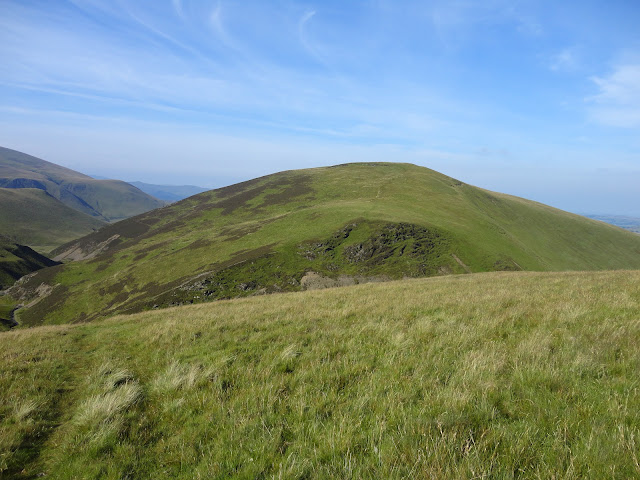 Looking somewhat red-faced and windswept at the Meal Fell summit 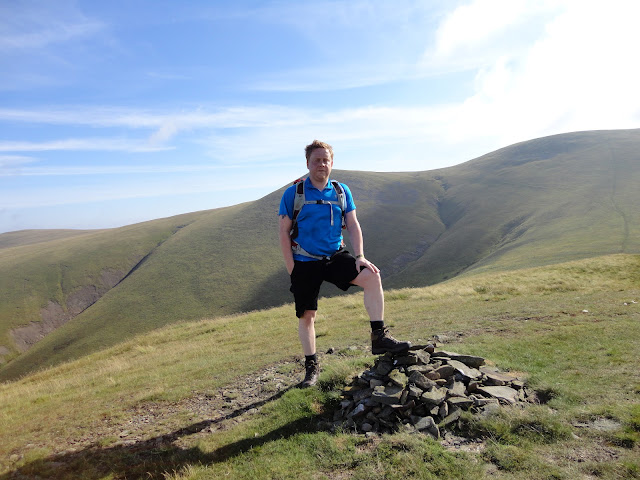 The main ridge of the fells in this area 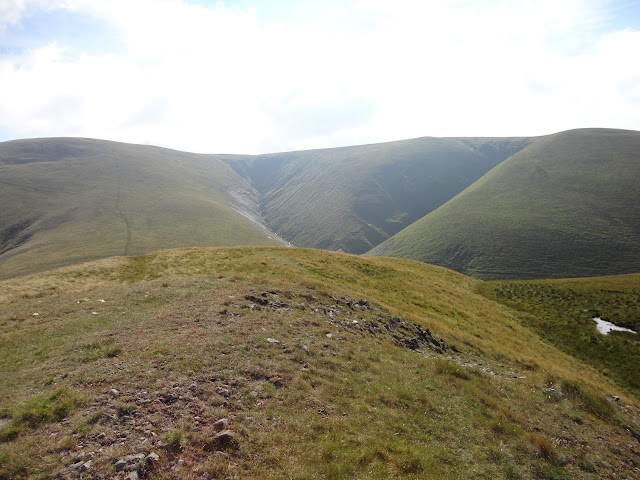 Looking back at our route, with Skiddaw in the background 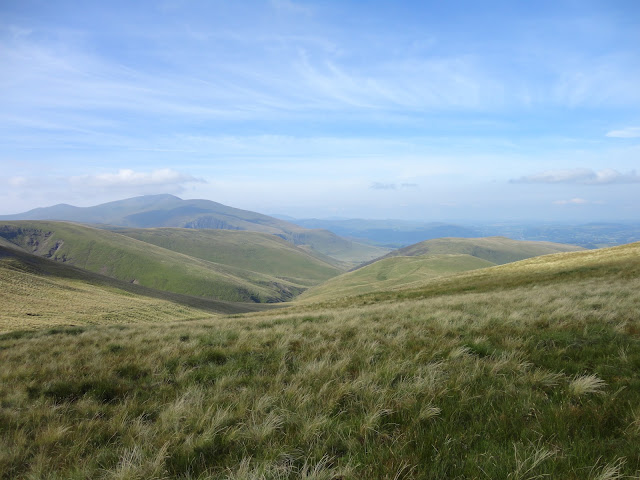 Longlands Fell summit. It must of have turned cold, since I put my jacket on for some reason 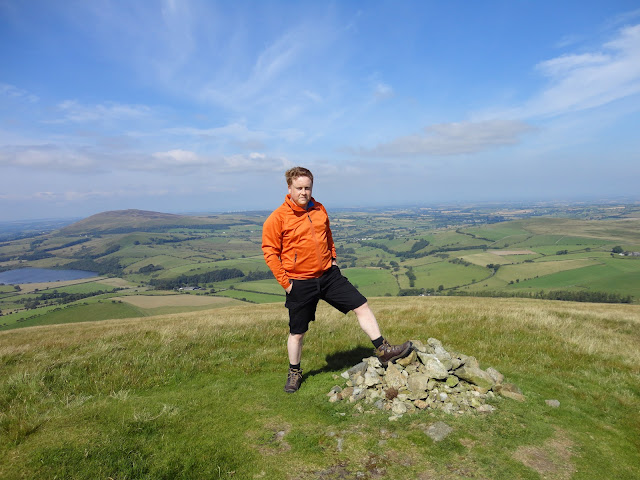 Again, looking back from where we had came. 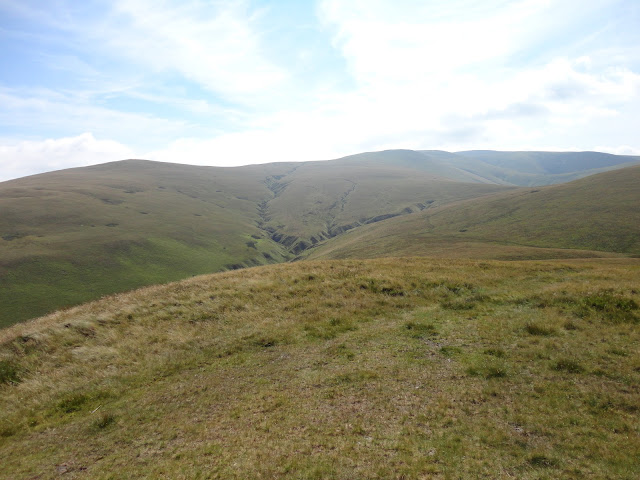 Time for some off piste. We had to get down to Charleton Gill, then ascend Brae Fell 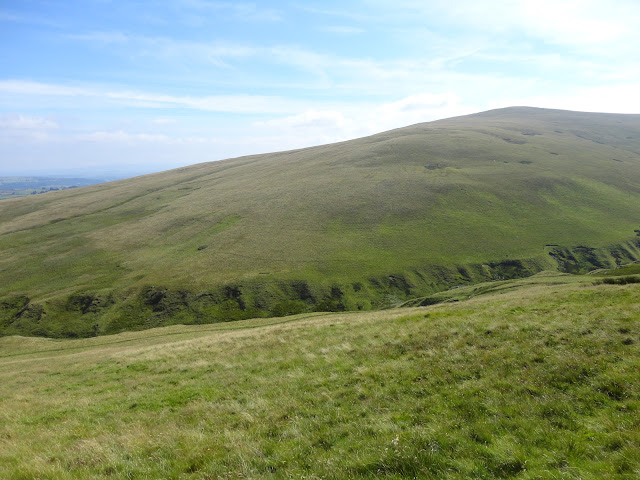 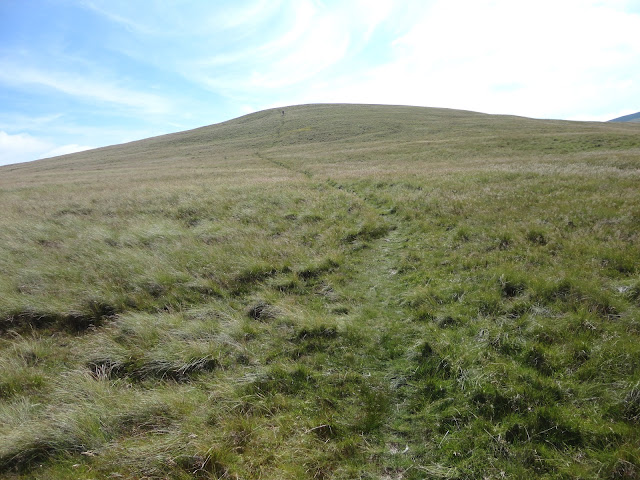 Brae Fell summit. I was knackered at this point 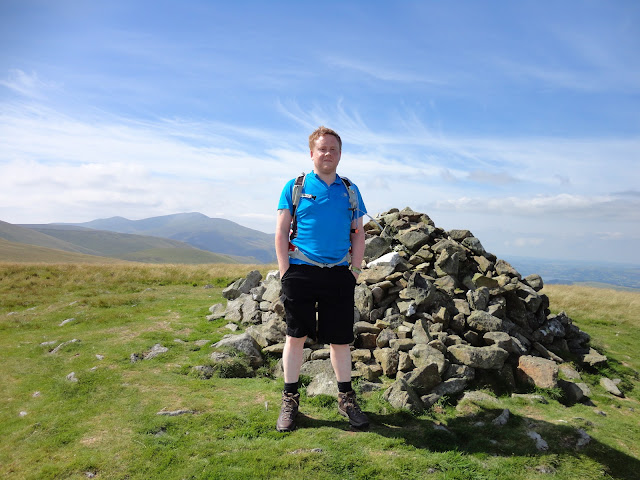 Ascending back up towards Little Sca Fell 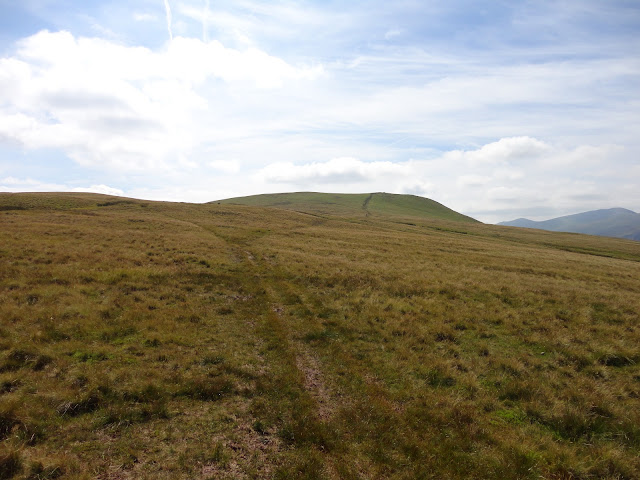 Great Sca Fell, nothing like its namesake I'm sure you agree 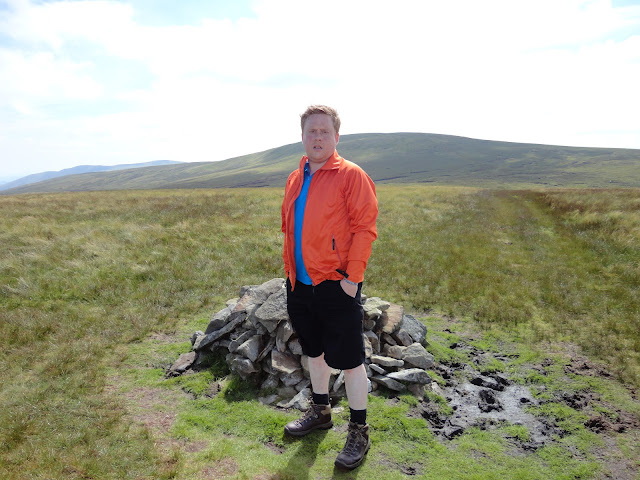 Knott, with Blencathra in the distance 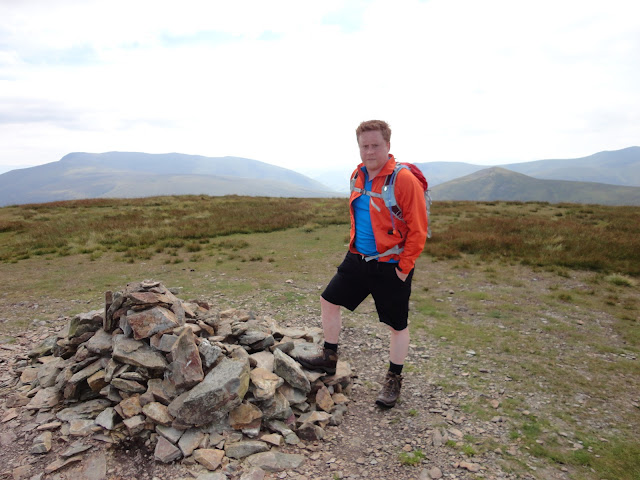 The view from Knott summit, with Great Calva in the foreground and Skiddaw behind. 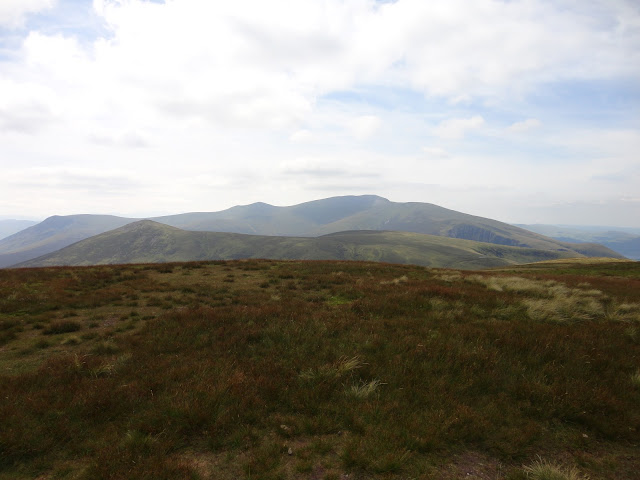 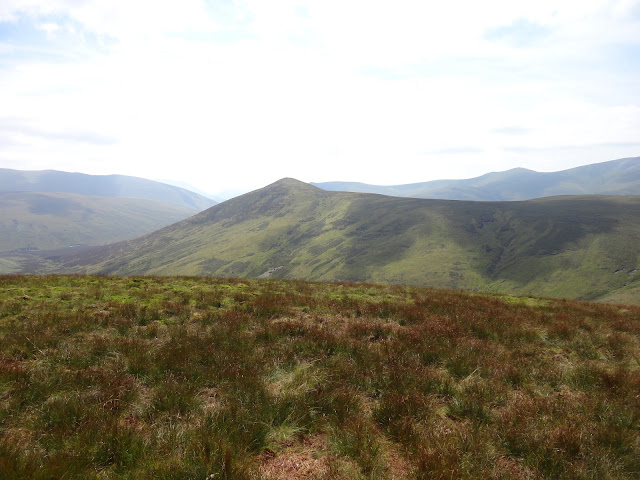 The ascent of Great Calva 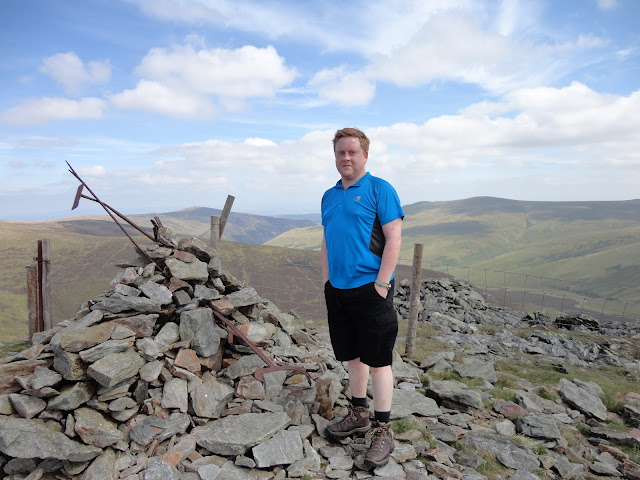 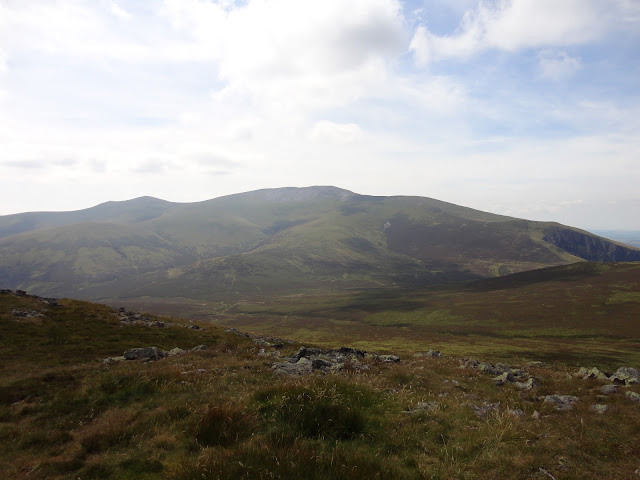 Carrock Fell and High Pike (I think) from Great Calva. You can see Blencathra in the background 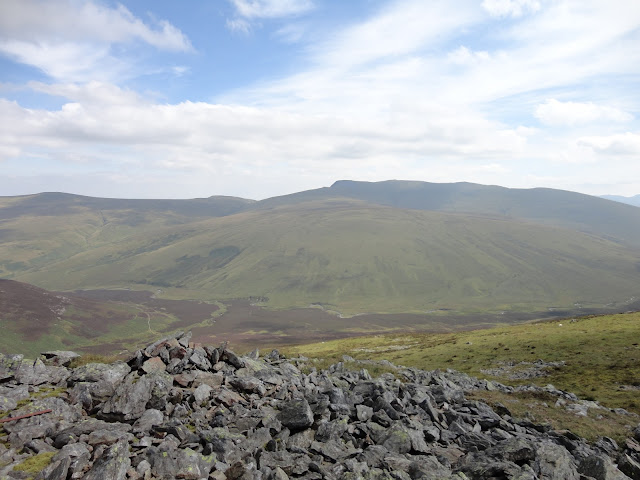 Looking down the gap 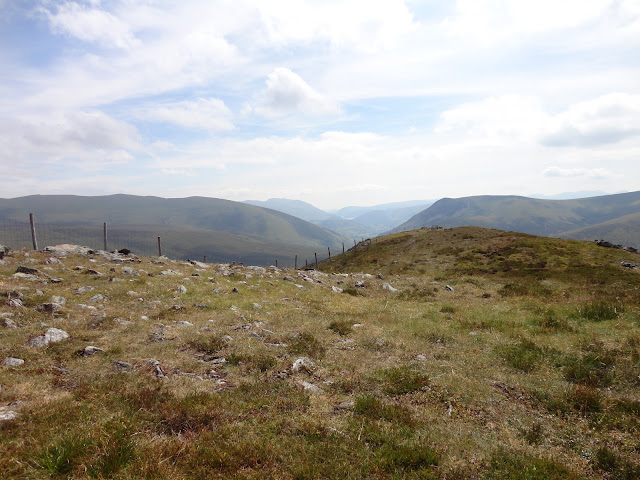 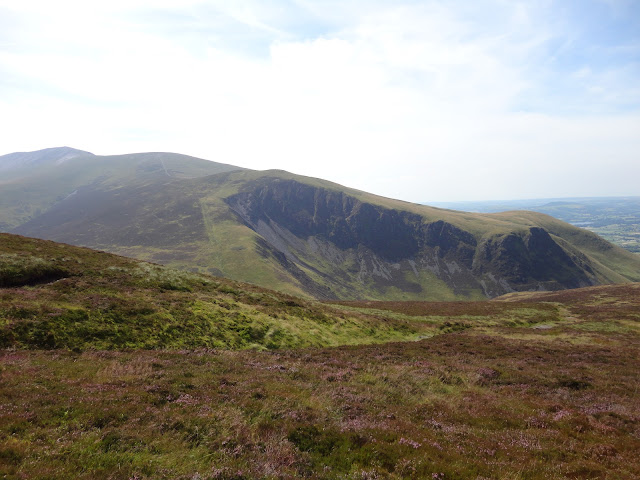 Dash Falls. That tree gets in the way of the best angle for a photo 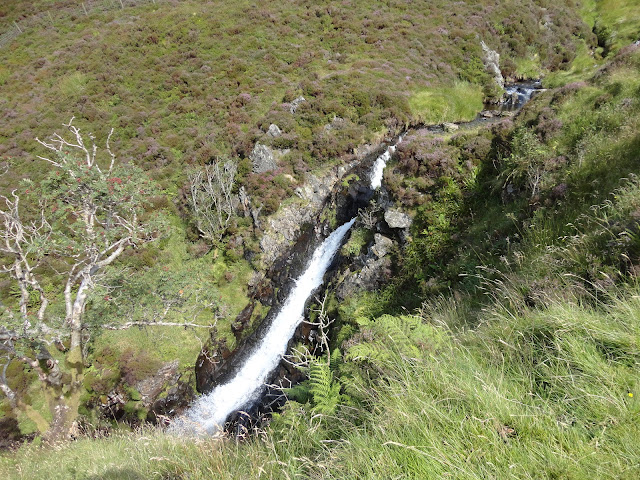 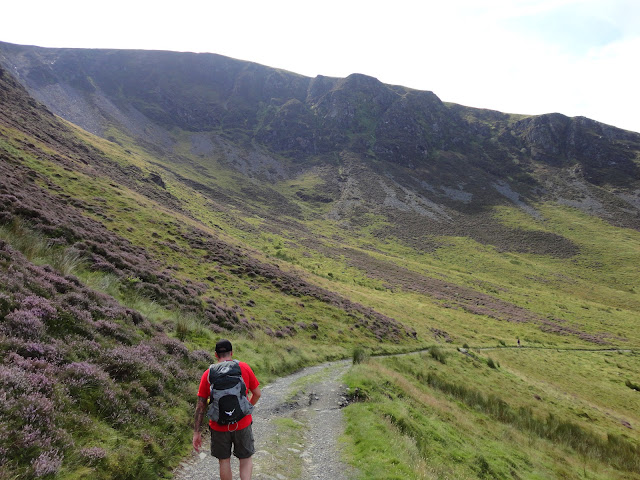 Enjoyed reading your report and superb photos also. You had good weather for this one.
Very enterprising to stick Great Calva on the end where the going is a bit rough.

It's fairly unassuming terrain in this area, so I wanted to save the best until last. Really rough (but fast) descent though!

Seems to be a fair old trek but you did well to find some sunshine in August. Probably a good thing that AW's fearsome bog before the final ascent was fairly dry, that would certainly have dragged the last out of the legs

Welcome to WH, footix. I've enjoyed these back o' Skidda hills when I've done them, especially in good weather like you look to have had. Will we be seeing reports from you of walks in Scotland soon?

I do plan to do some walking in Scotland at some point.

footix2 wrote:I do plan to do some walking in Scotland at some point.

After your experiences in the Lakes, Ben Nevis by the mountain track would be very disappointing. But by the CMD arete, it would equal or better anything you've ever done. Your choice, Footix!

Obviously I will be going via the CMD Arete.

footix2 wrote:Obviously I will be going via the CMD Arete.

Good choice. Carn Mor Dearg and the arete will probably be quiet, but it's hard to avoid the crowds on the Ben's summit!

Beautiful pics and a real appetite wetter for when I get around to that part of the Lakes. Thanks for posting