A lovely walk with great views of the highest peaks of the Lakes on a day of unbroken sunshine.

harter fell.gpx Open full screen  NB: Walkhighlands is not responsible for the accuracy of gpx files in users posts
There’s plenty of rough parking on the narrow road through Eskdale and the usual mix of visitors on a bank-holiday weekend. Accosted by a carload of teenagers wondering which way and how far it was to ‘Scafell Peak, is it?’ from here, I tried to steer them to at least starting from Wasdale (‘Can we walk there?’) and following the crowds, but they seemed worryingly determined… I hope they enjoyed it, wherever they ended up! Not many of the crowds seemed to be heading up Harter Fell, but it’s a terrific short climb, on a beautiful path angling up the hillside and then up the western slopes and an easy scramble to the rocky summits. One of those routes where – whether through steepness or the breadth of the views – you find yourself stopping almost as much as you move. Sca Fell from near Brotherilkeld ...and from Harter Fell summit The lower summit from the higher, Green Crag & Devoke Water behind Descending to Hardknott Pass, over fairly relentlessly damp ground, is a bit of an anticlimax – it definitely isn’t the best side of the mountain – but it’s not that far, and things pick up once over the road, rollercoastering along a succession of rocky knolls across Border End (worth the detour for a good viewpoint) to Hard Knott. Border End across the descent to Hardknott Pass 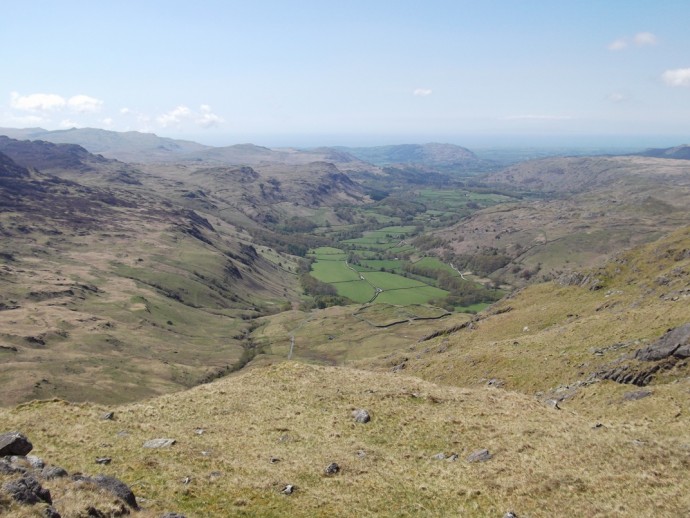 I didn’t see a soul on the ridge north down to Lingcove Beck from here, but on a clear day it’s a stunning mile or so with daunting views of the high peaks from Sca Fell to Bow Fell closing in around as you drop gently down. The tarn by Great Gill Head 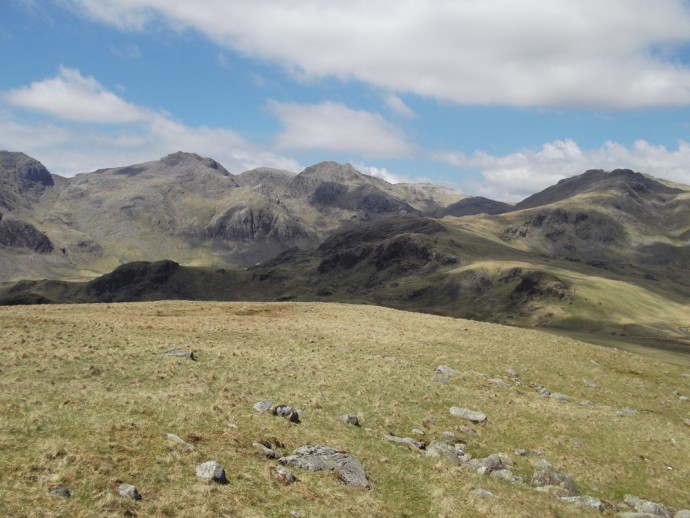 It’s an easy – if longish (it would seem a lot at either end of a trip to the Scafells, I think, as tempting a prospect as that looked today) – walk down picturesque Eskdale back to the start to finish a fine day in the lower fells. 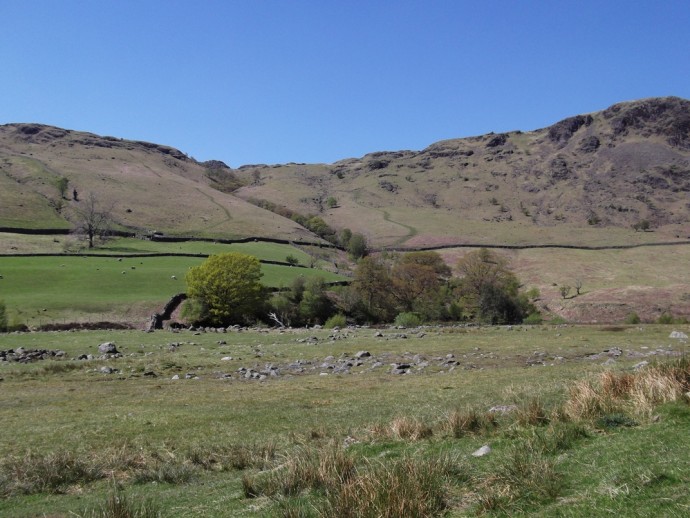 Some lovely pics of a great wild part of the Lakes. Harter Fell is a beauty and Hard Knott has got to be one of the best view points of the scafell range.

I am jelous of the views you got there. Stunning!
Fantastic views of the Scafrell massif and some good further shots of Bow Fell and Crinkle Crags.

The only problem with this report is its making me have flashbacks to the drive over Hardknott Pass.

That looked like an amazing wander and some good weather thrown in too!!