Wainwrights included on this walk: Carl Side, Long Side, Skiddaw, Ullock Pike

I had originally intending to do a round involving Glaramara and Great End last weekend, but a lack of time from my walking partner meant we had to find a shorter walk instead. Skiddaw via Ullock Pike had been on my list for a long time, so we decided on this instead as we could knock off 4 Wainwrights in a half day walk.

The day started from High Side near Bassenthwaite where there is car park with room for about 7 cars. The route starts from this car park through a gate, then up hill and dog-leg left, into another field, you then turn right up twards the ridge, but we passed through another gate and found ourselves unable to reach the ridge. The was solved by climbing the dry stone wall near the corner of the field and a commando roll later we ready to go up the Ullock Pike ridge.

This a nice easy walk along good gradients. There are short sharp climbs, interpsersed with flatter section and you climb the route rather gradually. Eventually after around 1 hour or so, we reached the final ascent. This part is slightly different to the rest of the ridge with some very simple scrambling, before joining a path big enough to drive a car along, a final short ascent gives you the summit of Ullock Pike which is reasonably airy and offers great views across Bassenthwaite.

The ridge the carries on to the summit of Long Side. There are no difficulties in reaching Long Side and the summit is reached quickly. I had not managed to find the part on the ridge where AW said you may have to watch your feet, so perhaps he may have been exaggerating any danger on the ridge. Long Side summit is similar in nature to Ullock Pike and has great views in the same directions.

The next fell is Carl Side and the ascent is very short walk over easy gradients. The summit is fairly exansive, but a shirt walk the edge gives great views over Keswick and Derwent Water.

Sadly, it was a little hazy today, so while the views were good, they were somewhat reduced thanks to weather.

It was then we turned our attention to Skiddaw, now the one thing the route from Carl Side to Skiddaw isn't, is pleasent. We dropped from the summit of Carl side past the small tarn and onto the diagonal track through the scree towards the top of Skiddaw. The route starts out gently enough, but soon get's rather steep and lacks much in the way of grip thanks to the thousands of boots that have worn this track down. The weather also seemed to move on and for such a nice day, we suddenly found ourselves shrouded in thick cloud. I often wonder if Skiddaw is ever out of cloud for long.

The going as tough and the last 100 yards were hard on the lower back, given then general steepness. We eventually reached the middle summit of Skiddaw with the Back O'Skidda fells and Blencathra massive fleeting in and out of clouds. We turned left and climbed the summit of the fell proper. There appears to be some kind of optical illusion on Skiddaw as wherever we stodd, it seemed to be the lowest of the fells summits, so a check of the book was needed to confirm we were on the highest point. It was midge city on top that day, and while I ate my lunch, the insects tried to eat me. it was reasonably busy on top, but by no means overcrowded.

We headed down via Broad End. The PG did not give the best indication of a route down, nor did the map. The tactic of taking a straight line route over the top of Broad End paid off and we picked up a clear path heading back in the general direction High Side. The descent should not be underestimated from such big fells, this was long and thigh bursting. It was rough through heather and eroded paths and finished with us dipping our toes in a rather marshy final section before joining the path back to the car at the foot of Ullock Pike.

A great day out and when to visit again when it is less hazy.

Here are a few photos:


View from the car park towards Bassenthwaite 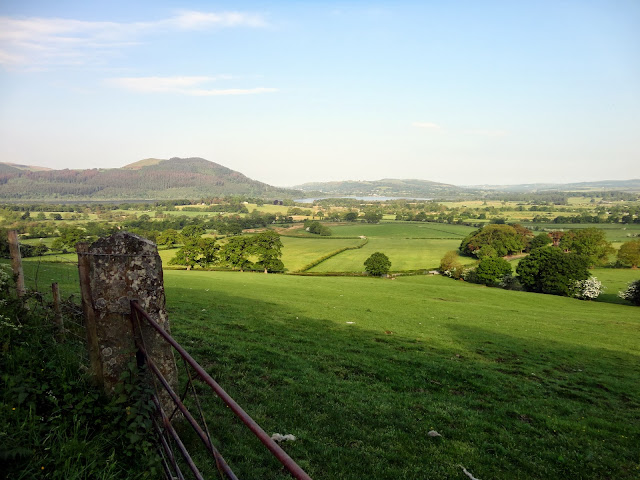 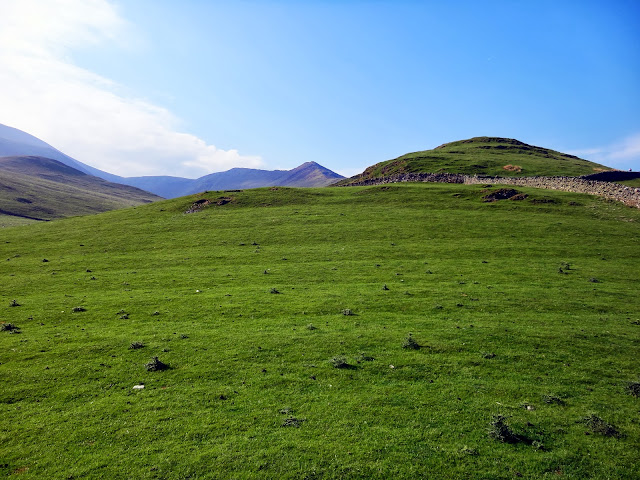 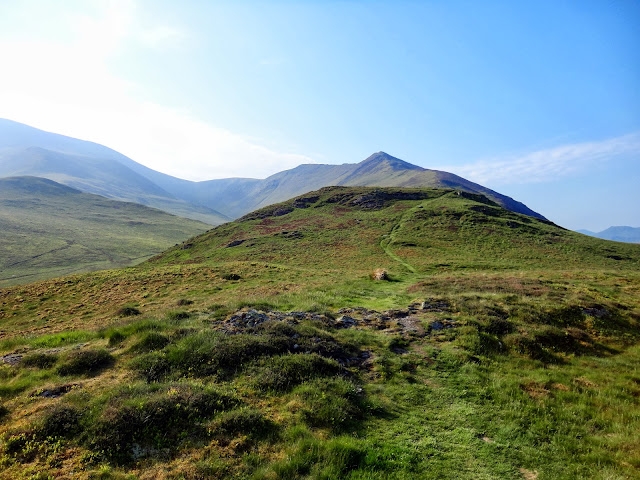 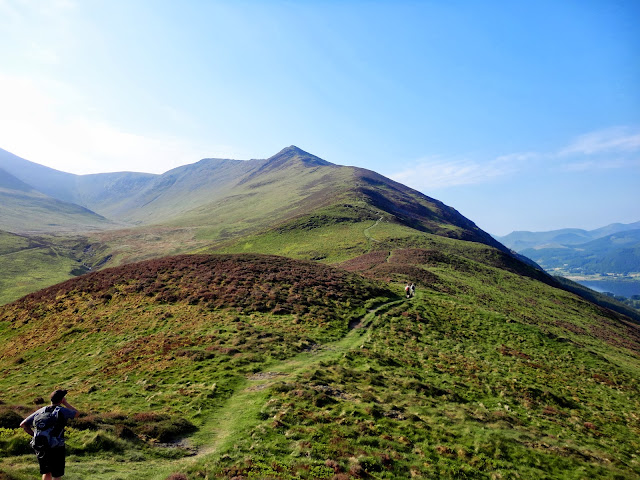 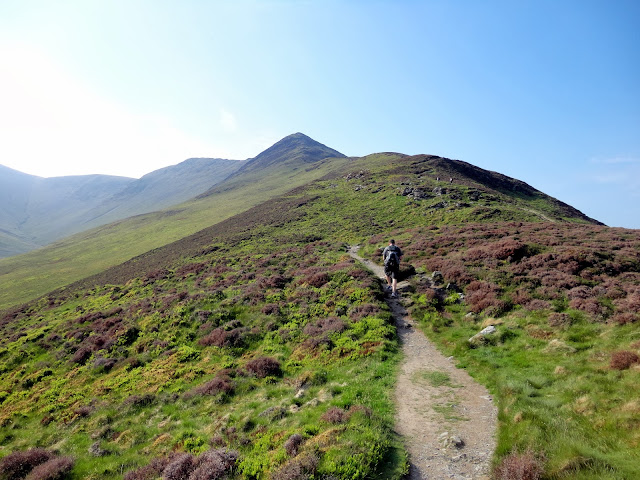 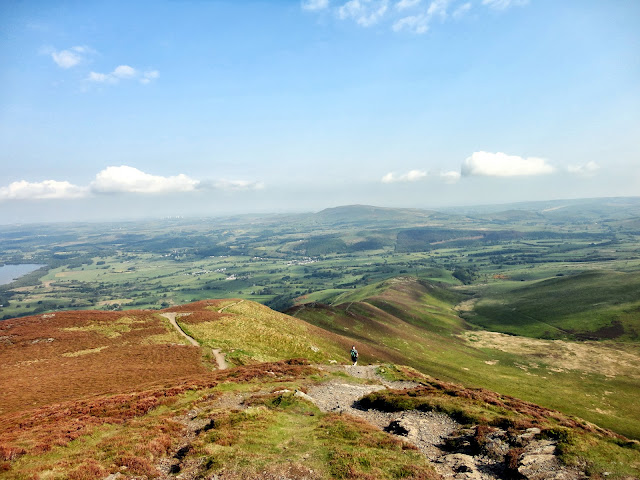 Long side from near the top of Ullock Pike 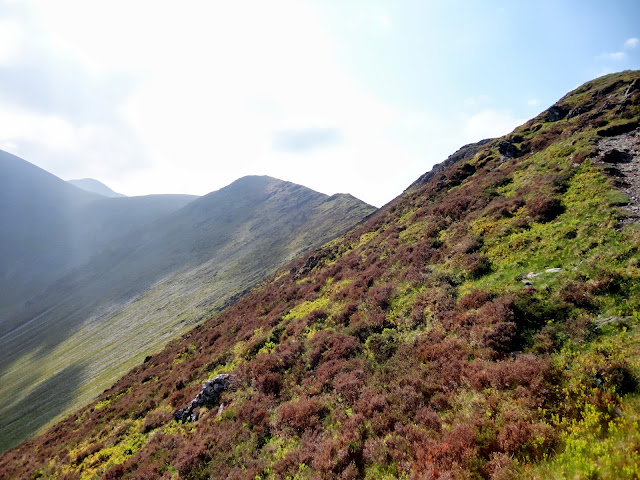 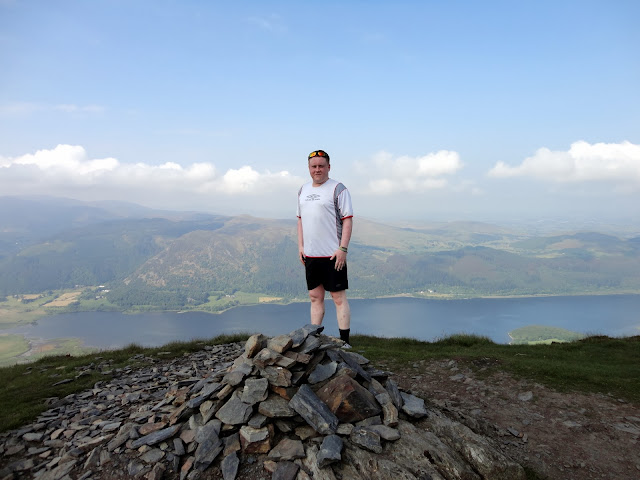 Looking back to Ullock Pike 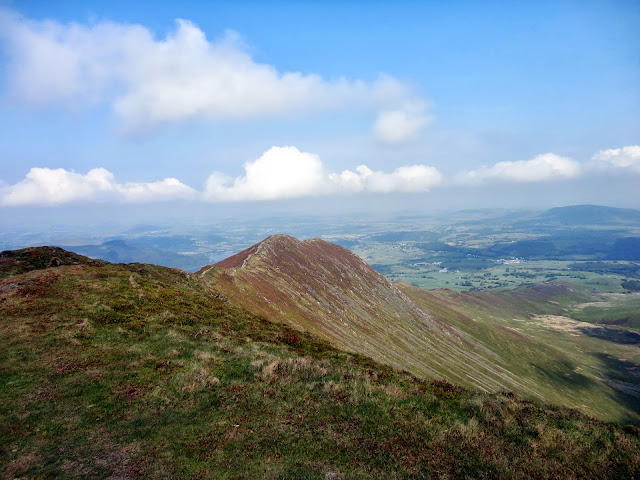 Having rest at Long Side 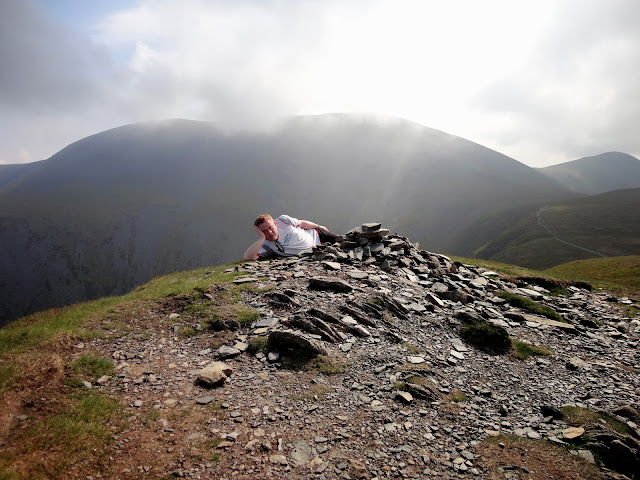 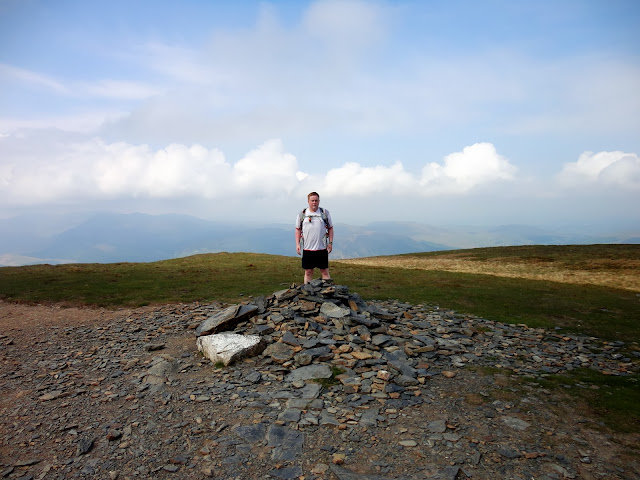 The lovely path to Skiddaw 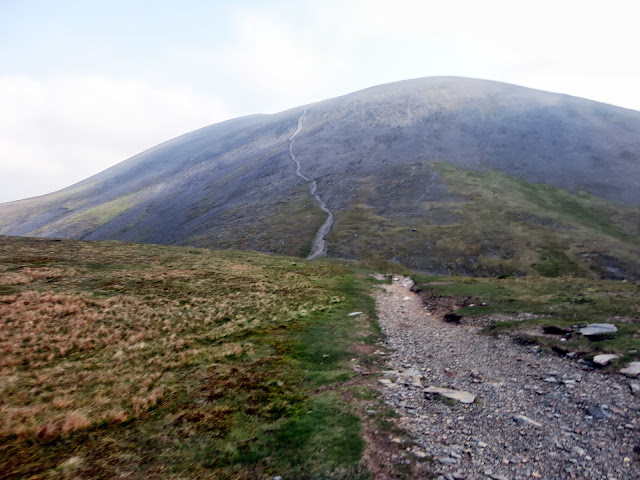 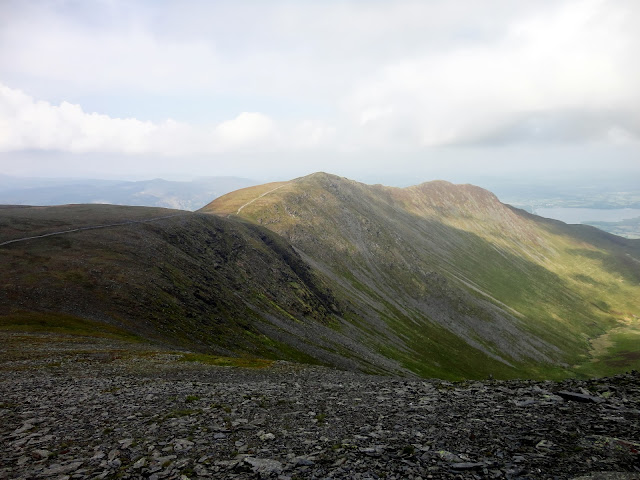 Yes, this is a steep as it looks 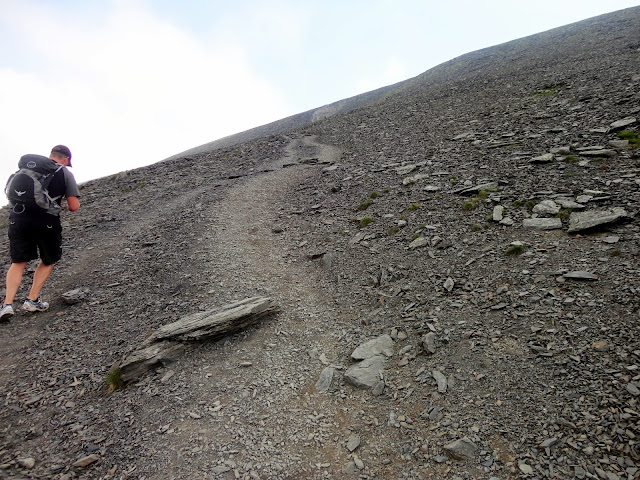 Hang on, it was sunny about 10 minutes ago 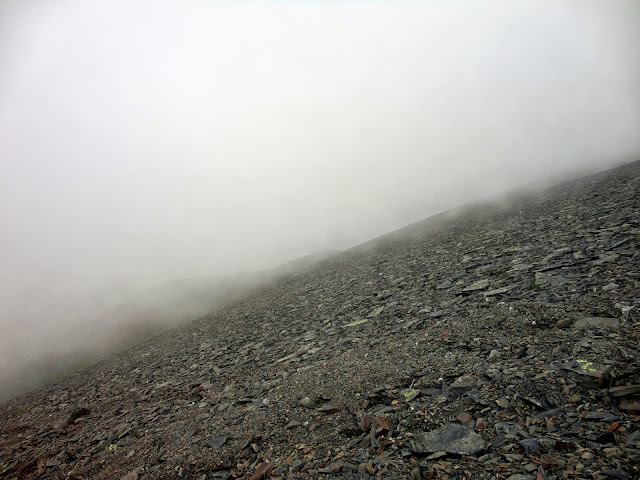 Finally on the summit ridge 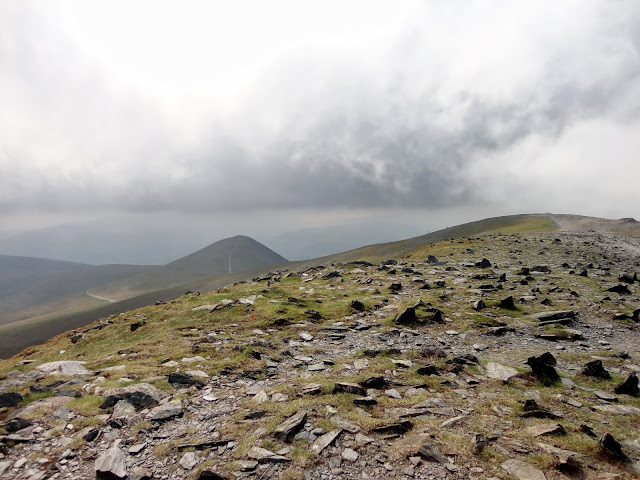 Towards the summit of Skiddaw 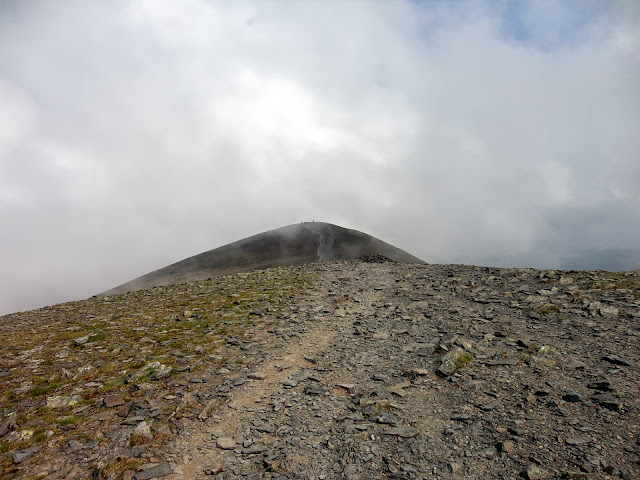 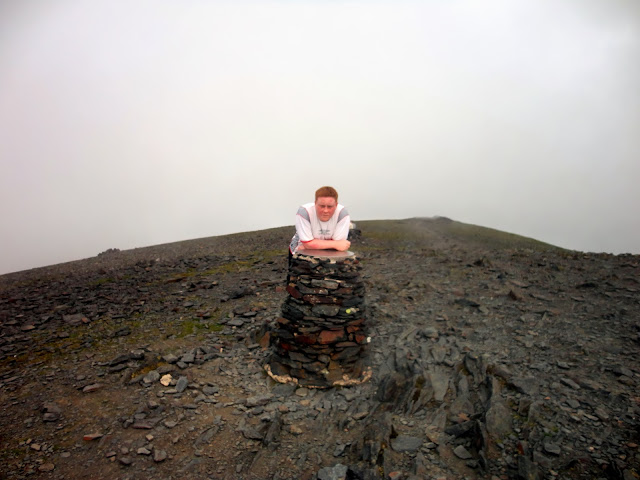 Viewfinder (we couldn't see much) 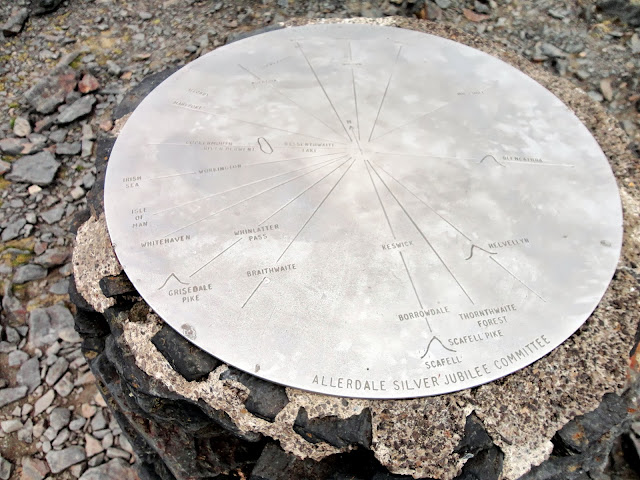 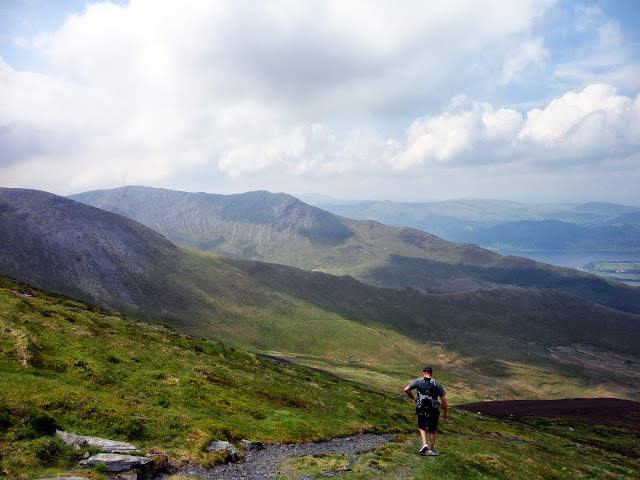 A last look at Ullock Pike 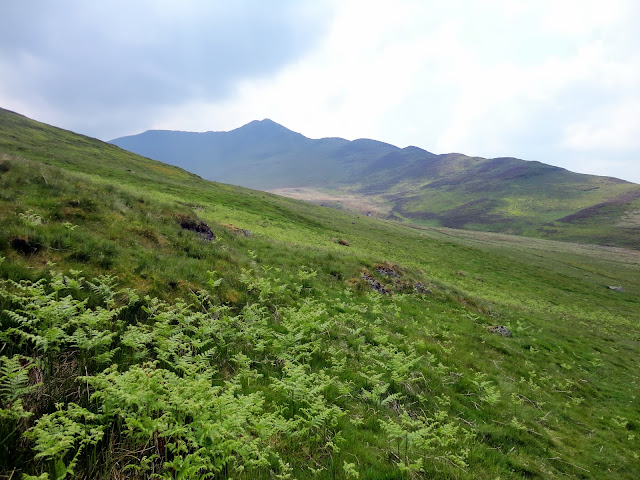 Re: Skiddaw via Ullock Pike

Goot report on a grand route. Typical Skiddaw, beautiful weather until you get to the top then a cloud comes along spoils it!!