A week off work and my step daughter and family are coming up to the Lakes to join us for the week, on one condition !! As neither Amy nor Kelvin drive I had to pick them up from Leominster and bring them back up to Cumbria.
A perfect excuse then to set off very early in the morning to avoid traffic and grab a few Brecon Beacons to start the holiday off on the right foot.
After a 04:00 start I made my way down the M6 to Warrington then across to Chester before proceeding south past Shrewsbury to the nearest Beacons to Leominster, parking up in the nice little village of New Radnor.

I was out onto the first track leading up to Sunnybank by 07:30 on a slightly cold, dry morning before passing round the flanks of the first hill to Lower Harley, across the bridge over the ford and the start of the long grassy stretch up the left hand side of the fence line leading up the side of Fron Hill. About half way up the path turned up a sharp left bank to skirt the Army artillery testing range that we would completely circumnavigate by the time we'd finished this morning. The ground was firm underfoot but as everything had a coat of rain from the previous night, the heather and long grasses made both boots and trousers very wet despite walking round in T-Shirt a little later when the sun had a chance to catch me up.

The path passed through an old quarry before opening out onto the grassy uplands and a broad ridge leading up to the first summit of Great Rhos. The final summit was strewn with purple heather and very wet as we reached the trig point. 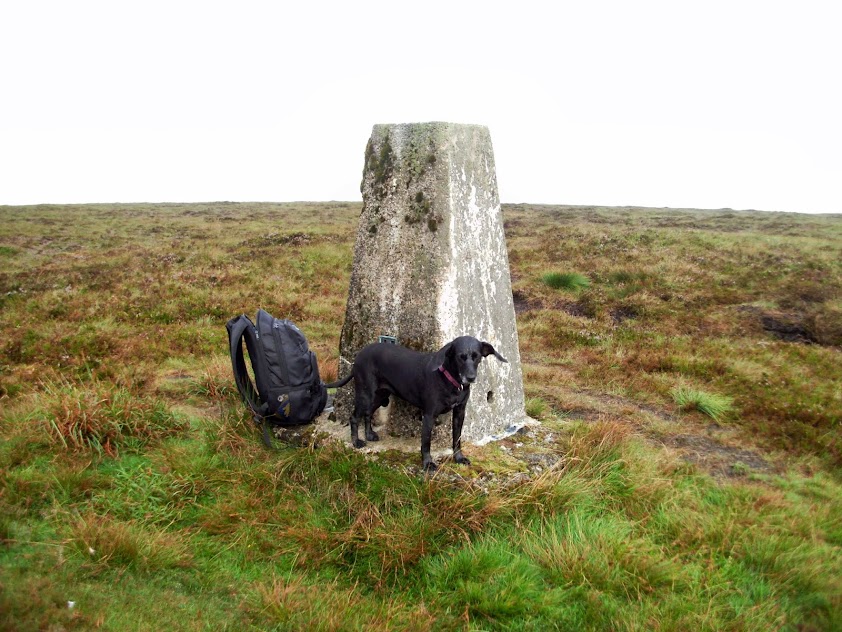 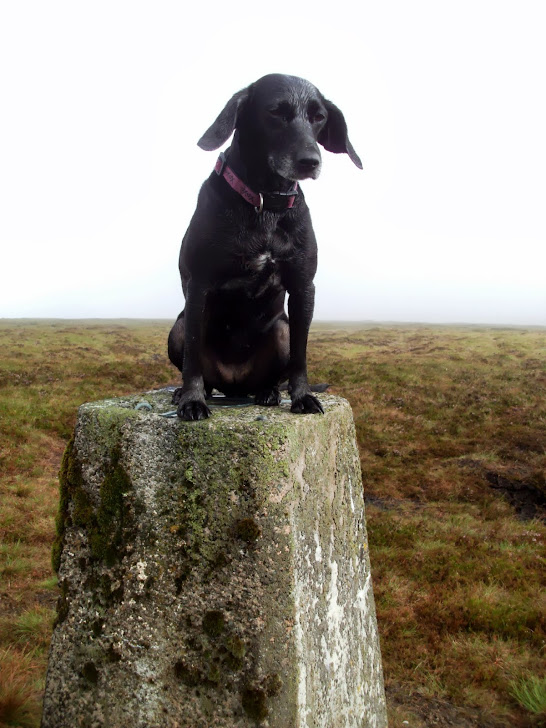 The path from the summit led north around the edge of Harley Dingle towards the wood. My GPS showed a track around the wood which we started to follow before being blocked off and returning to a small gate leading through the wood and a clear forrest track leading to the head of Shepherds Well.After navigating the stile to our right we followed the fence up the hill to the left and up to the summit of Black Mixen with its transmitter tower and building. 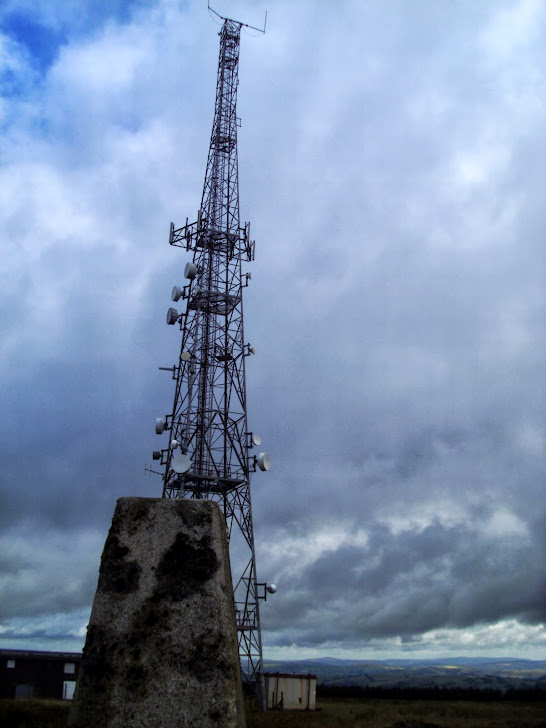 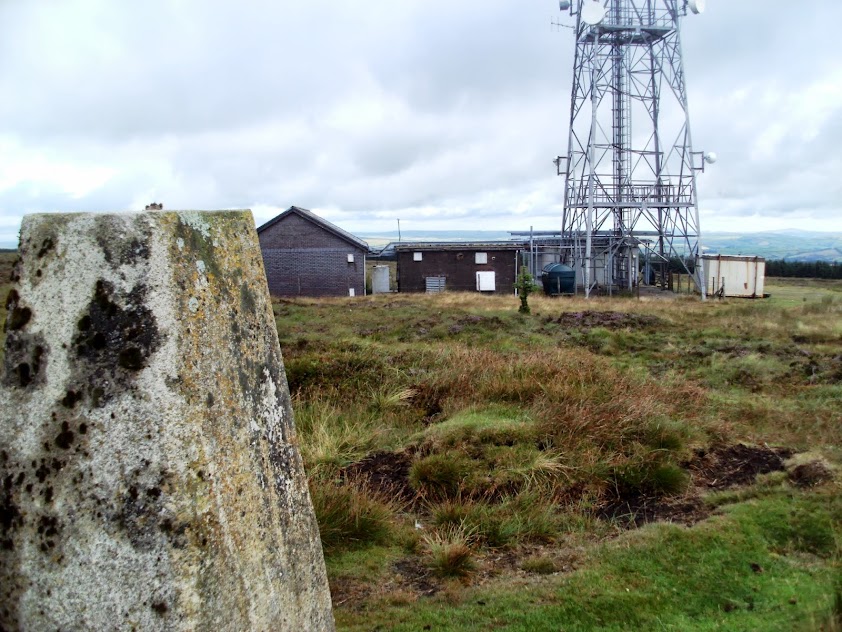 A rough and wet track led over the hilltop to pick up a small road track leading over to the next high point of Great Greigiau before dropping down to a cross roads at the foot of Bache Hill. No clear path was showing here so we made a direct bee-line to the top of the hill trying to avoid the grazing sheep before hopping over a small stile in the far corner of the field and popping up onto the summit lump of Bache Hill. 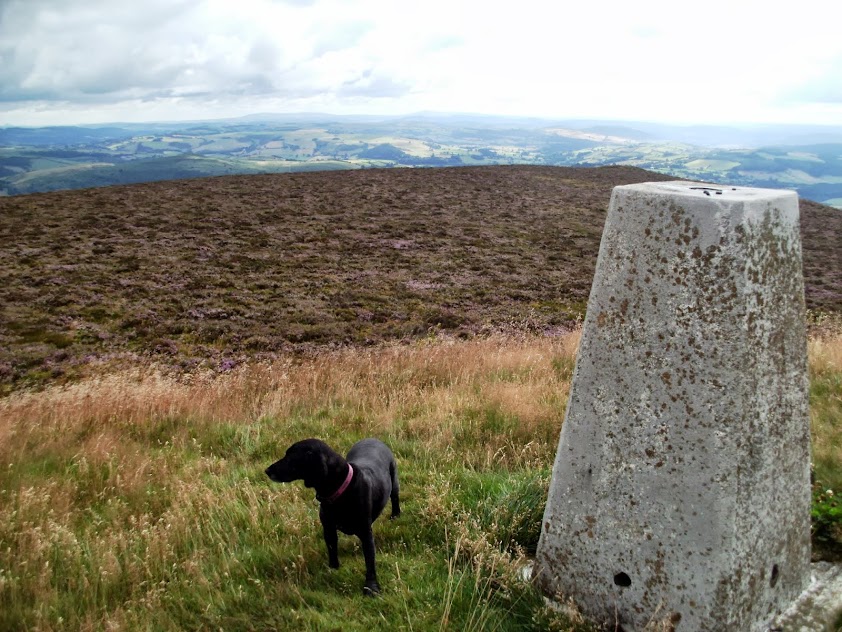 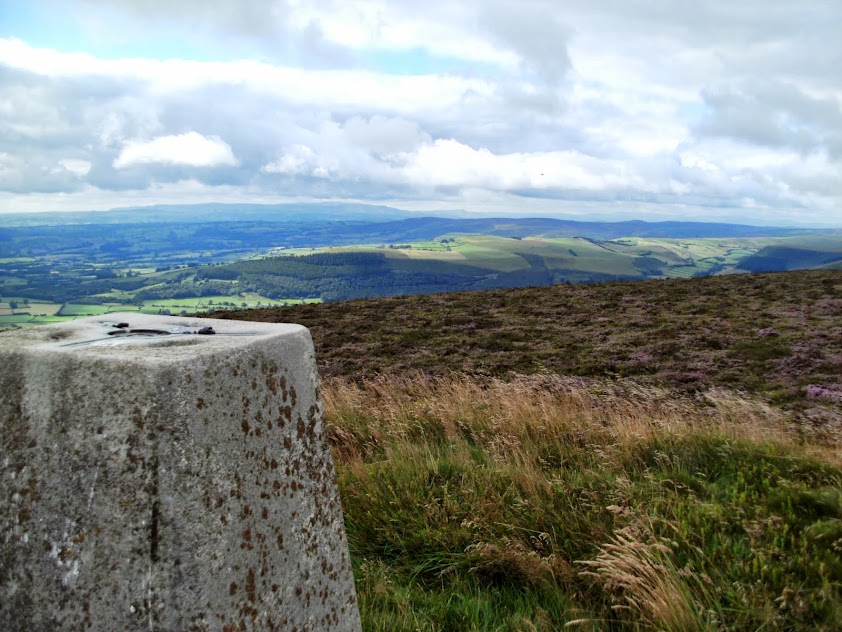 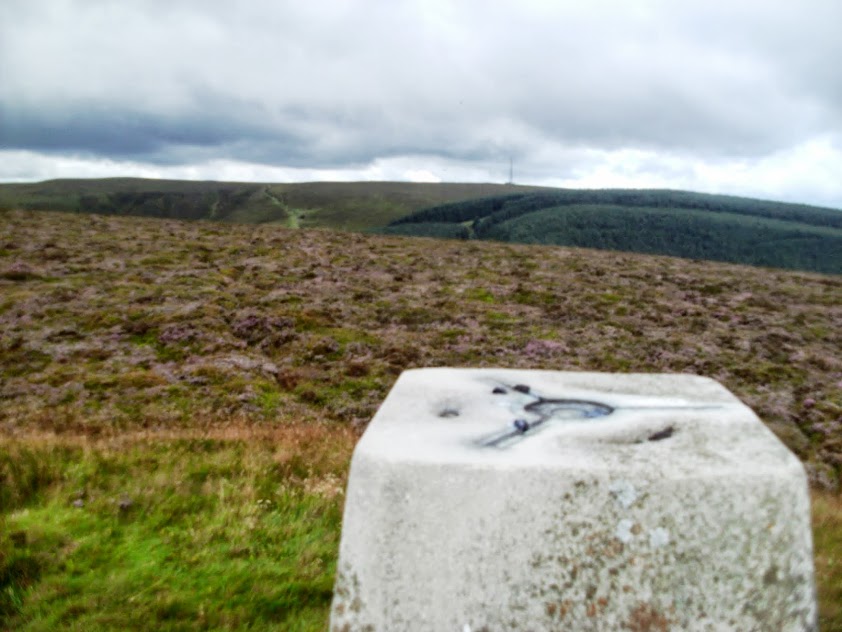 Looking back to Black Mixen from Bache Hill 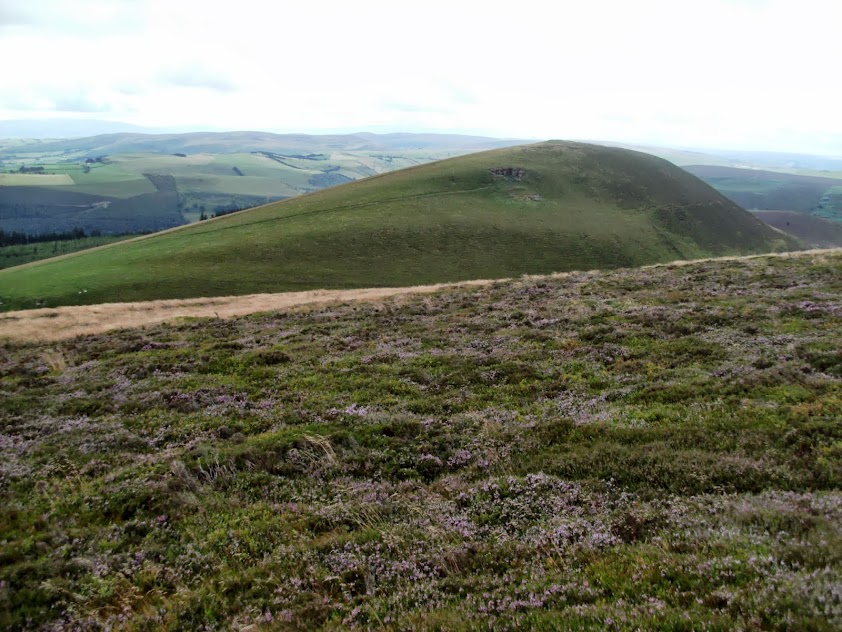 View to Whimble from Bache Hill

Hopping back over the stile, we made our way down the opposite side of the field heading for the little knoll above Whinyard Rocks before dropping down the steep slope to the farm yard. The last upward push was for the summit of Whimble on the steady grassy gradient to its almost cairnless top. 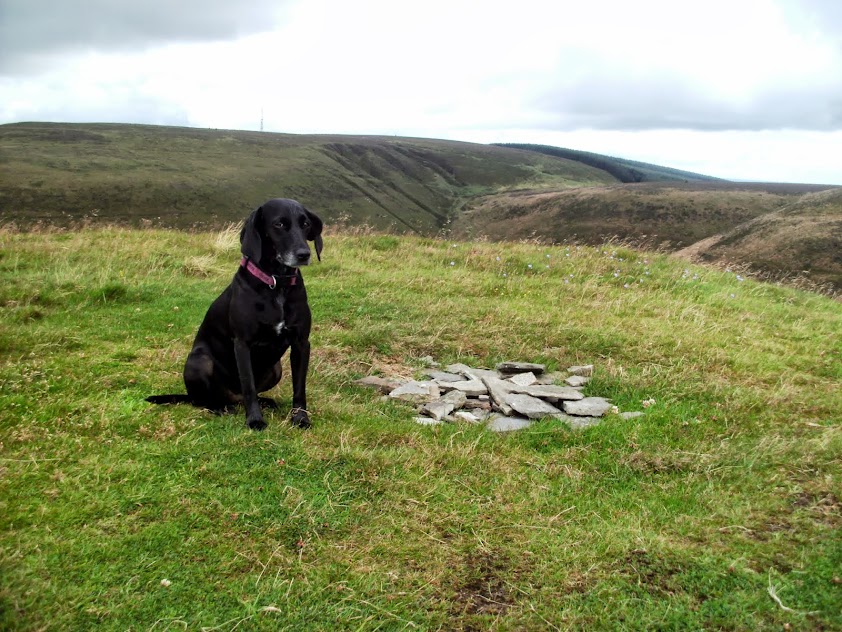 The descent back to Great Rhos led initially down the opposite flank to that we climbed, down to a clear path on the right hand side of the wood below before following its fenced tree line all the way round to Mutton Dingle and a housed lane leading back into the village and back to the car.

Both Damson & I were feeling a little tired and very wet but had enjoyed our first outing into the Beacons.
Half an hour later and we had arrived in Leominster to get beaten up by Charlie my 9 my year old grand daughter and a rather more gentle Sophie who's nearly one.

Later that week, Charlie, Kelvin, Damson & I did a hike and camp through Borrowdale, but that a different blog.

A wet start to the week then Phooooey.....still beats the hell out of working