There was recently an excellent report written here by mgmt! (http://www.walkhighlands.co.uk/Forum/viewtopic.php?f=16&t=45199) so this is just a relatively brief note as we finished slightly differently .
We must have taken an early cable car, and wandered along the delightful snow slopes to the Col du Plan where it gets a bit more serious Mont Maudit and the Dome de Gouter come into view Looking back along the route with the Midi on the R The Tour Ronde and the striking Aiguille du Capucin 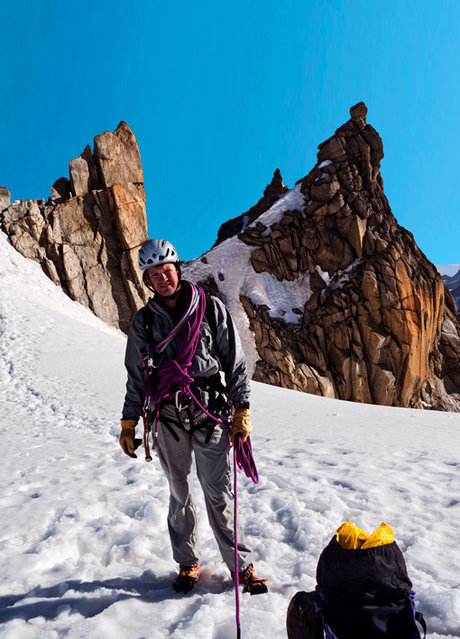 Steve getting sorted where the climbing begins - The Rognon is on the R and the Aiguille at the back
At this point you make an ascending traverse of the N side of the Rognon du Plan: the snow was quite icy and a bit sparse. I find traversing with a single axe quite hard: going up or down your C of G is more or less below the placement, whereas traversing it is always to one side - I guess you get used to it. Anyway there were lots of large rock belays so we made good progress back to the ridge where one abseils down to the snow The Plan from the abseil point - the Drus, Verte and Droites are behind Steve preparing the abseil
As mgmt found, the slopes leading to the Plagne were already softening in the sun, but we reached the summit with no real difficulty 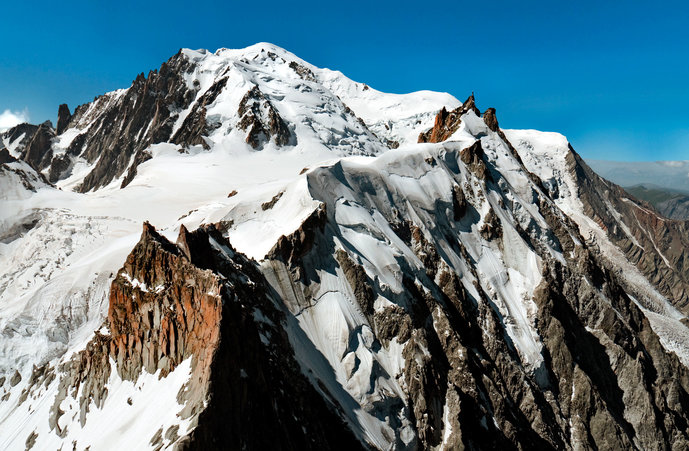 Looking back along the whole route to the Midi Panoramic view from the summit : the Mer de glace is down to the L with the Talefre basin above and the Grand Combin is on the horizon above it
The snow on the way back looked so soft that we decided against reversing the route, but to descend the Glacier D'Envers du Plan to the Requin hut. The glacier is quite crevassed, but others before us had made the same decision and we were able to follow a reassuringly wide track. We stopped at the Requin hut for the obligatory beer Once on the Mer de Glace we traversed into the centre to avoid the large lateral crevasses at the edge and descended towards Montenvers. I noticed that a substantial river was forming on our L and was wondering how we were going to cross it - when it suddenly vanished down a moulin

. Scary - you wouldn't want to be Kayaking down that 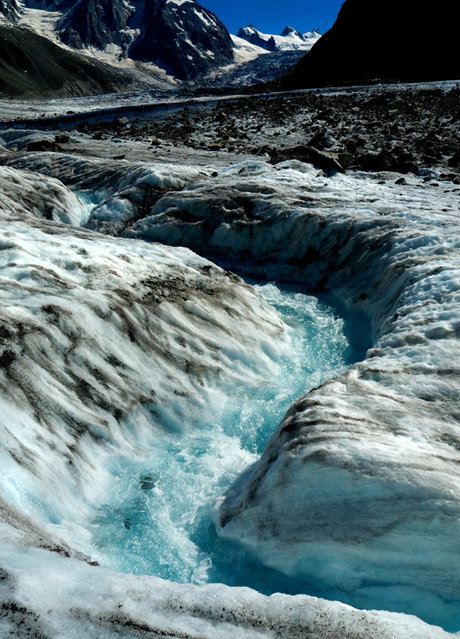 Any way we reached the ladders that lead (again endlessly) up to Montenvers and returned to Cham. A nice route but in the conditions not that easy for PD

fantastic report and pictures there past my sell by date, will need to go back to finish this one day.

Fabulous pics. Enjoyment greater than the feelings of envy....