Lovely sunny day in the Brecon Beacons – two out-of-the-way walks to do more justice to a couple of Fans that I’d previously only climbed as detours from other routes.

fan y big.gpx Open full screen  NB: Walkhighlands is not responsible for the accuracy of gpx files in users posts
Only a mile or two away from a very busy-looking holiday-weekend Pen y Fan, the northern approach to Fan y Big via Cwm Cynwyn was deserted; a wild, rough and pretty damp traverse above the stream on little more than sheep-tracks. Quite a surprising sense of adventure on this route, especially on the steep climb up the headwall of the valley to join the popular Beacons Horseshoe path, sensitively pitched on the final climb up from the Bwlch to the fine ridge-end summit. Typical Beacons views here of sweeping green ridges – Cribyn and Pen y Fan as eyecatching as always – and long flatlands stretching away north. Fan y Big and the head of Cwm Cynwyn Gently descending along the north ridge, Cefn Cyff, makes for a contrastingly easy end to a good little walk. 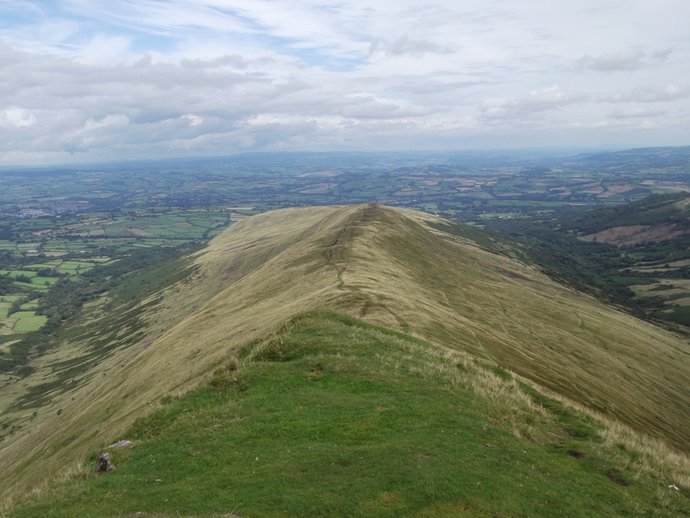 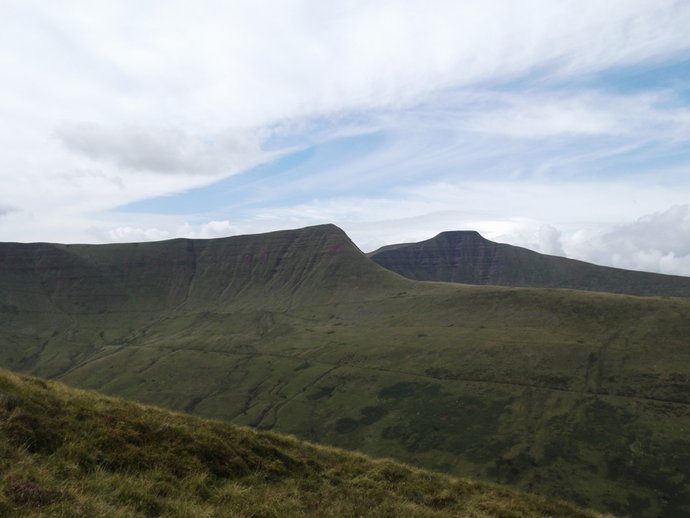 The high Storey Arms pass gets you over halfway up plenty of mountains on four wheels, although most head east up the trade routes to the highest Beacons. A little south, past the Beacons Reservoir, a half-path climbs west up the south bank of the Nant yr Eira past a series of nice little falls and onto the empty expansive moors of the Fforest Fawr. This starts off really well, but – confined by an unmapped barbed-wire fence – turns very boggy and it’s a relief to stumble upon a stile at last and start to pick a way north-west across the open moor to Fan Fawr in the distance. This overtops the range west and north and is a decent viewpoint summit, but away from the edge of the eastern cwm, there isn’t much evidence that it sees many visitors.

fan fawr.gpx Open full screen  NB: Walkhighlands is not responsible for the accuracy of gpx files in users posts Fan Fawr across the moor 5 minutes across the grassy plateau to the trig takes you away from even the few, with long undulating views to the quieter Beacons west. Back on the edge of the valley, there’s a pretty clear and tolerably dry offmap path, furnished with stepping stones, stiles and even a rough footbridge, all the way back to the main road that would make a decent ‘quick bag’ way up this hill (it’s nice enough up there, but I guess that’s how most will want to visit Fan Fawr) – the start is hard to see from below but only a short climb northwest from the foot of the falls. 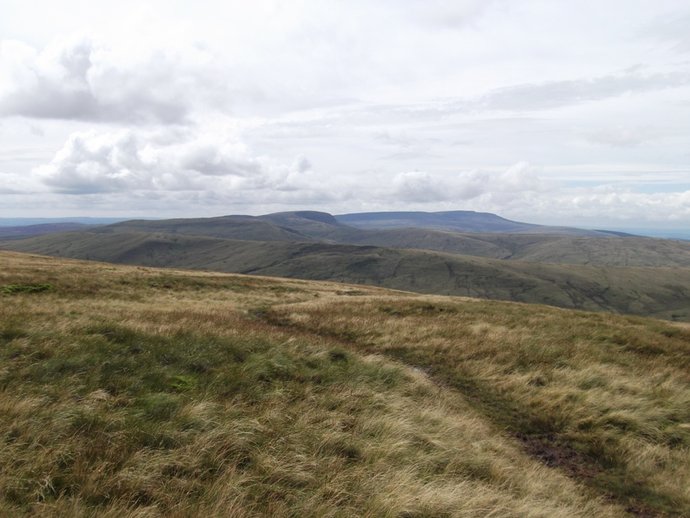 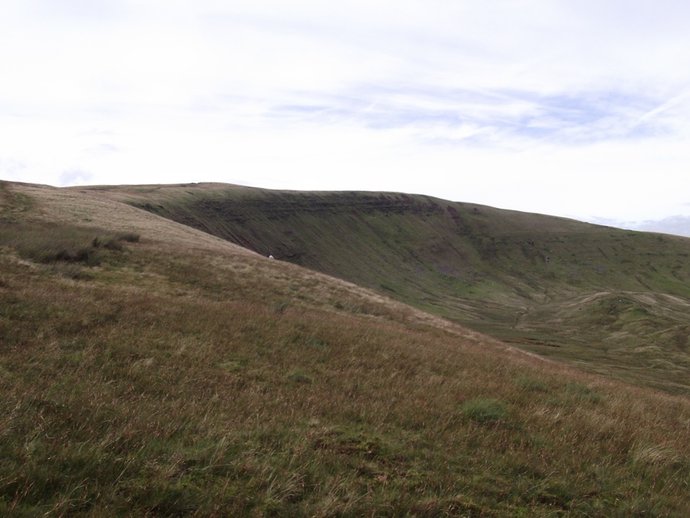 Love this area... thanks for posting!

A pair of beauties there P, hard to believe you could find such solitude on a holiday weekend though I guess the tourists stick to the tourist trails. I love the patriotic trig shot but the shot of Cribyn from Bwlch ar y Fan really struck me, there's something about it that holds the attention....it must have looked stunning in the flesh.

Thanks for posting. We've still got Fan y Big to do, it got missed out of our other Beacons walks, so your route looks a good way of doing it by itself.

The trig on Fan Fawr has obviously been painted since our visit 3 years ago. Not sure I really like painted trig points but I suppose this is more neatly done than most.