Been over a year since I had been to the Cheviots (apart from the PW) and also nearly a month since I had last been out. Had arranged to meet two mates and we all had checked the weather and the Cheviots seemed a better option than the Lakes. With the Cheviots being almost on the doorstep of the meeting point it meant a later and leisurely start to the morning instead of the usual hammering over the A69. Did the pick up and then drove over the back roads towards the small Coquetdale village of Elsdon and then onwards to Alwinton. Care was needed on the roads as the back roads are never treated and one particular point needed great care going over an iced up bridge. After Alwinton its a 5 mile drive up the valley on an undulating single track road. That is the trouble with the Cheviots in the winter, the approach roads can sometimes block your access. Got to Barrowburn where there is an off road picnic site with a parking area ( which is free!) and set off walking from there. 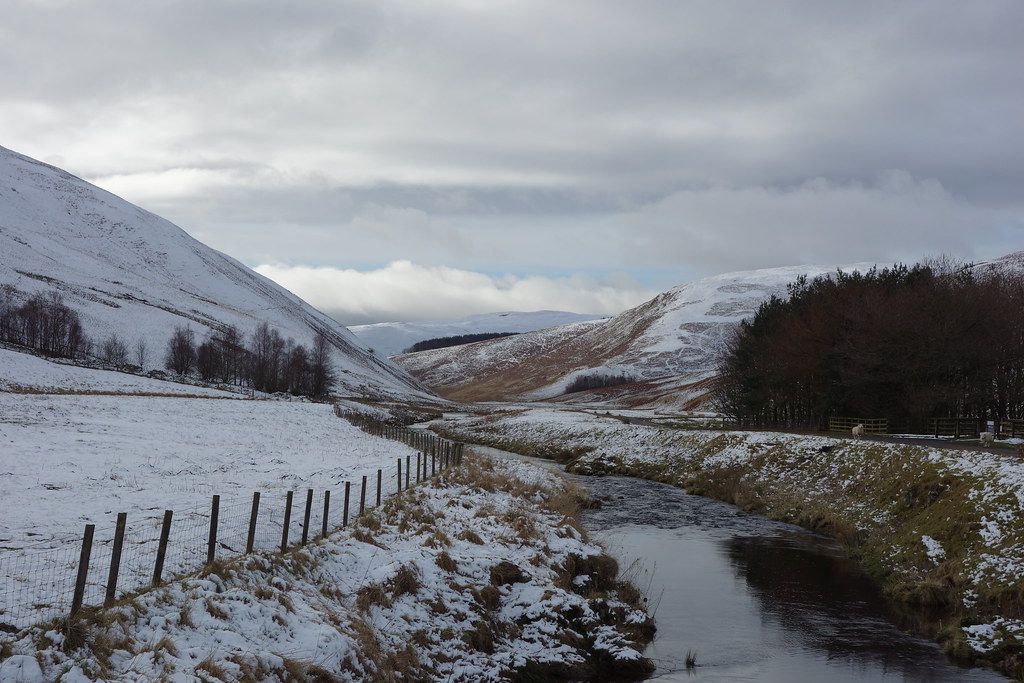 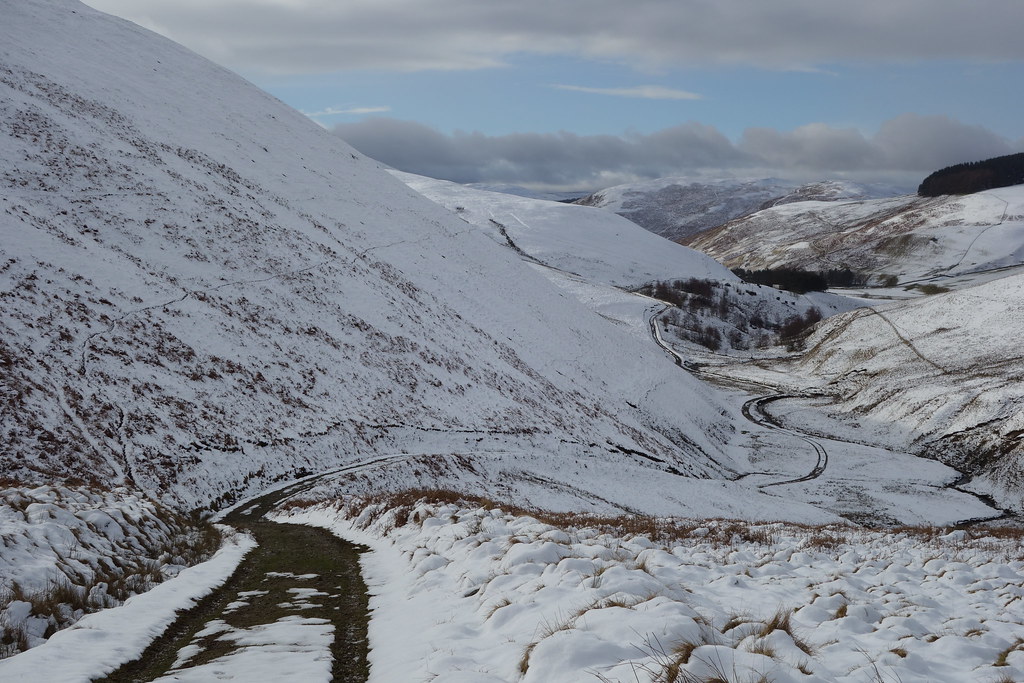 The path goes across the river almost immediately and then cuts behind the bunkhouse before following the vehicle track across the open fellside, before coming to woodland. From there , there are two paths , we chose the right which drops down to a boarded up house at Fairhaugh, which would an excellent bothy. From there you follow the track through the deforestation to the track going to Uswayford and then we headed to the left of Hazely Law before going to the border ridge. Going up this section the snow got shin deep In places and was hard to walk as it was soft. Initially the plan had been to walk to Cheviot and back but the slabs had a 2 /3" covering on making walking difficult and the Cheviot was covered in dark cloud so the decision was Windy Gyle instead 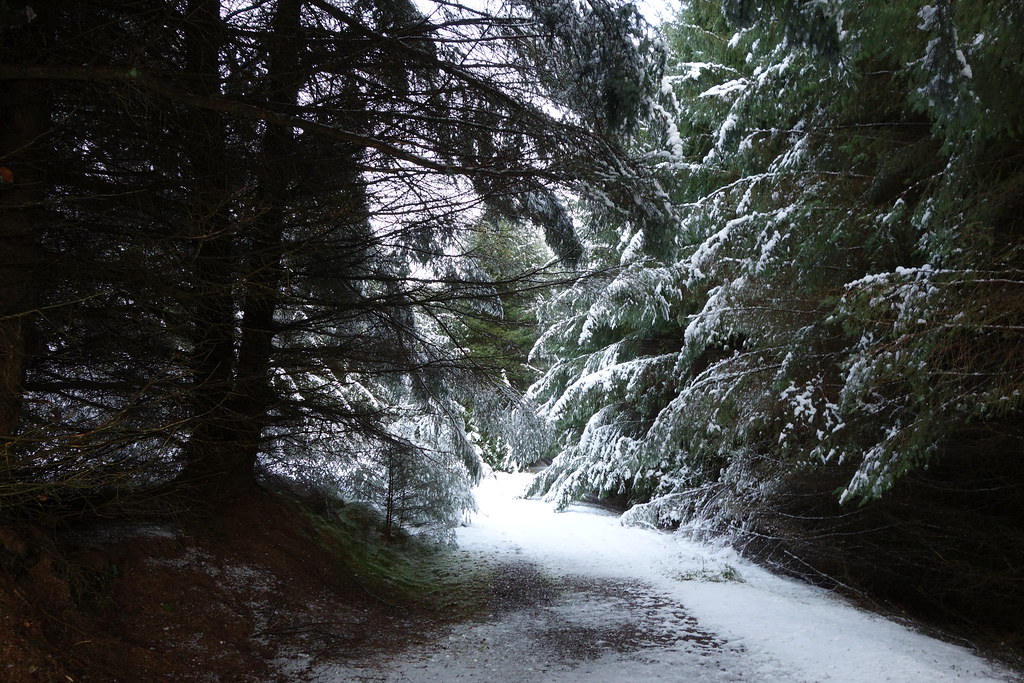 Got up to the border ridge and had lunch there. Stepped over the fence and stood in Scotland, first time since the end of Oct last year. Continued on , seeing 4 people, the only ones we saw all day. As we ascended Windy Gyle I could sense a changing of the atmosphere and sure enough after about 10 minutes on the top the clouds broke and blue sky was revealed 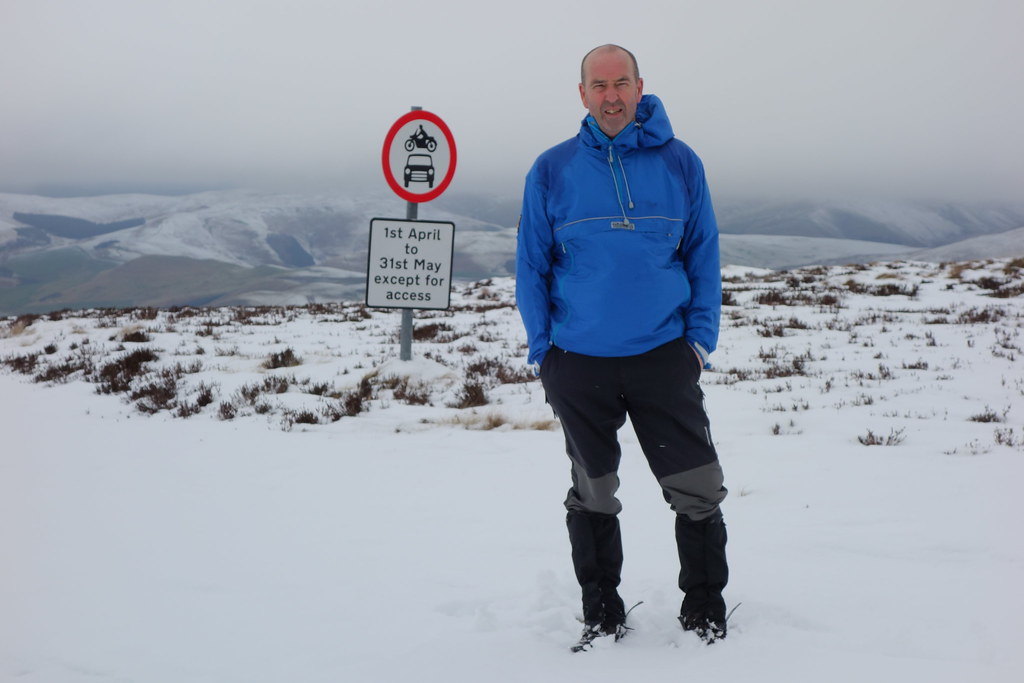 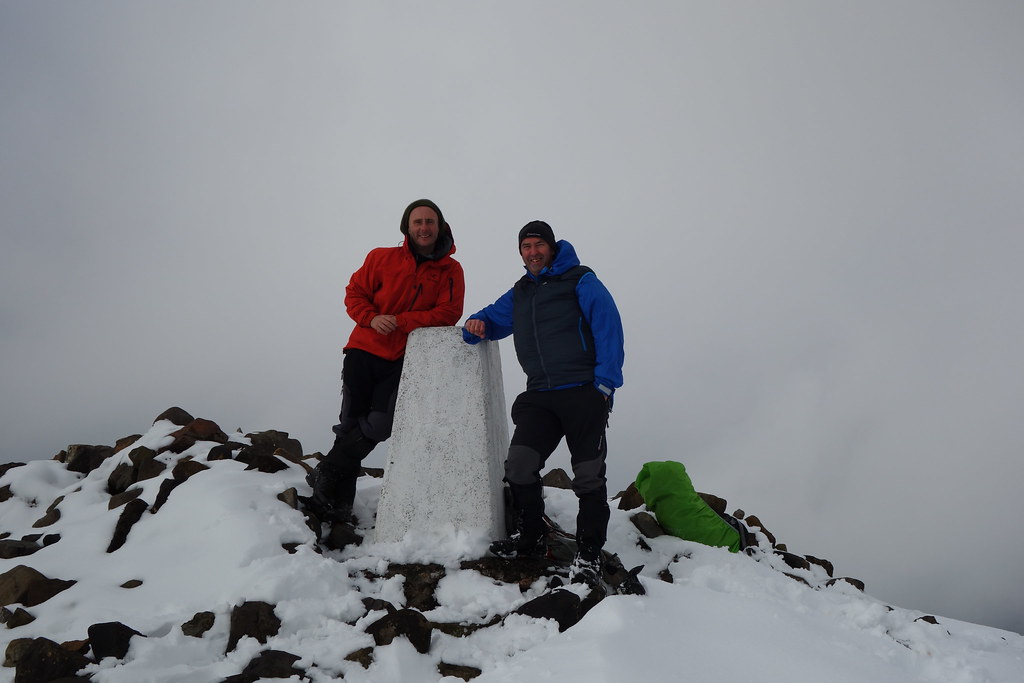 You can continue straight down from the top of Windy Gyle but there was plenty of time so we continued on the border ridge towards the descent path of the Street. it was certainly a contrast to when I was last here doing the Pennine way in August 2016 when I bombed through this section doing a 25 mile 12 hour day along the ridge. From there it was a simple matter of following the well trodden path of the Street on a warm still afternoon, all the way down to the valley and back along the road to the car. We were on about 8 hours. The snow did make the walking difficult probably adding 2 hours to the day. Good day to be out. I need to more though, big trip coming up in 6 weeks time. 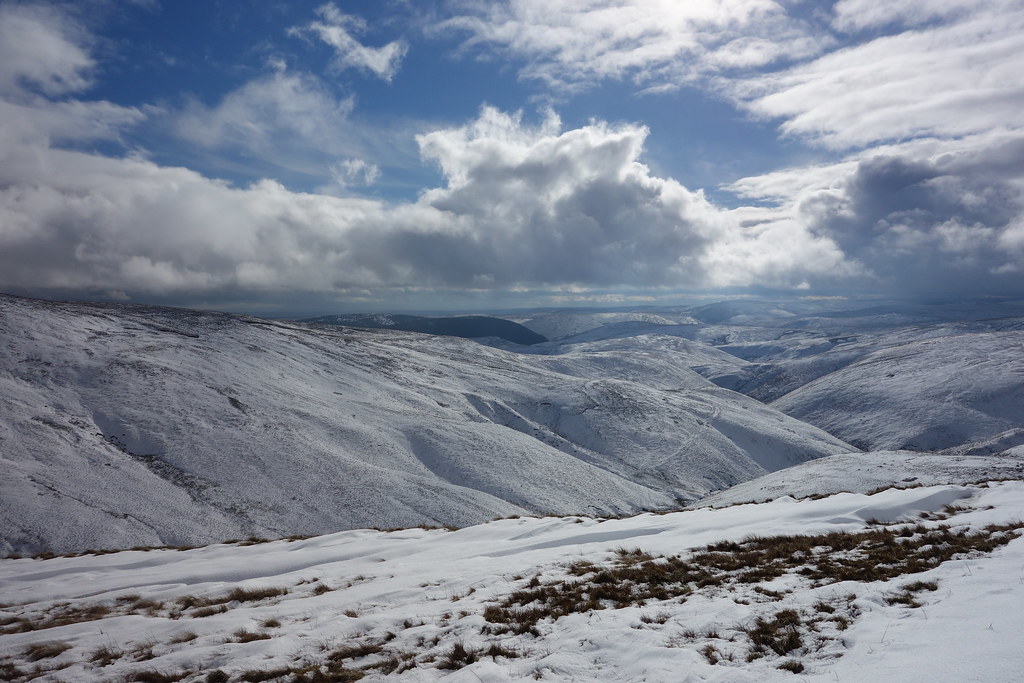 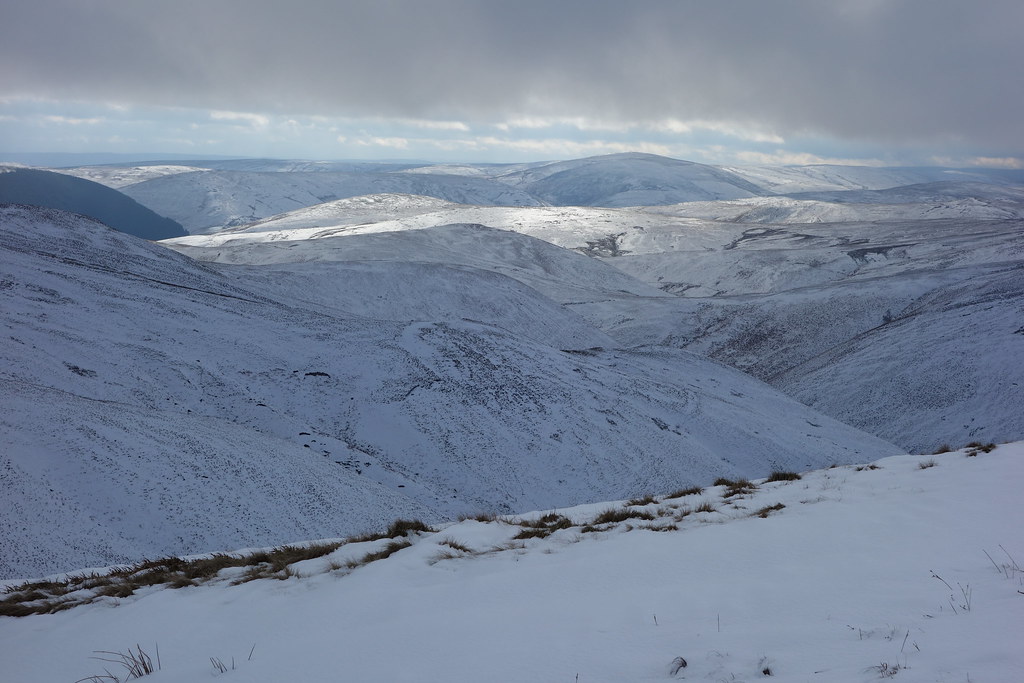 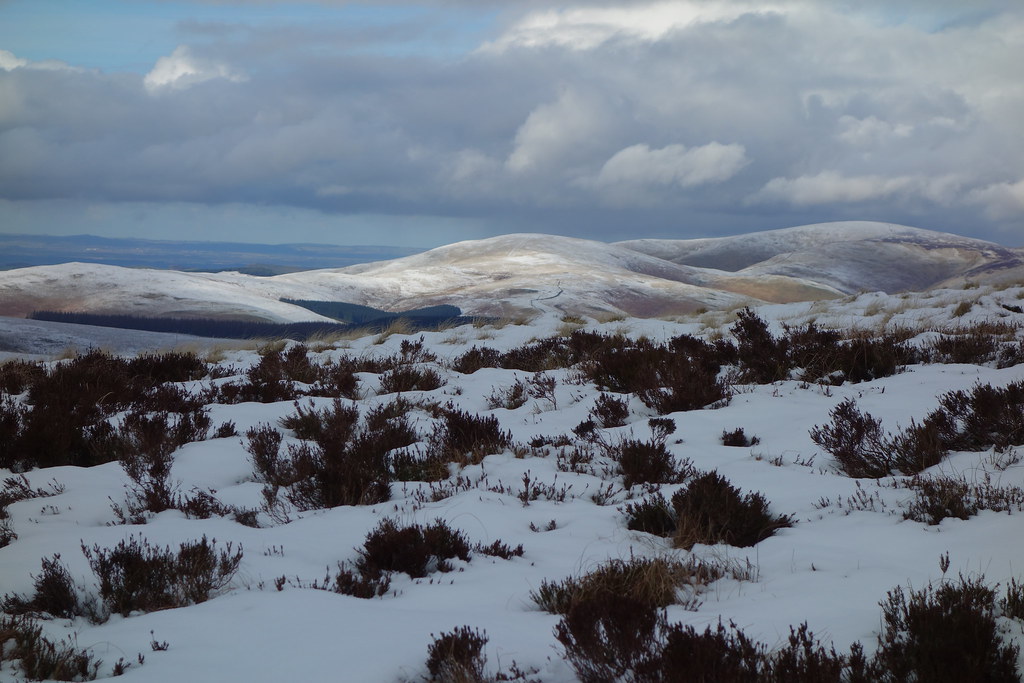 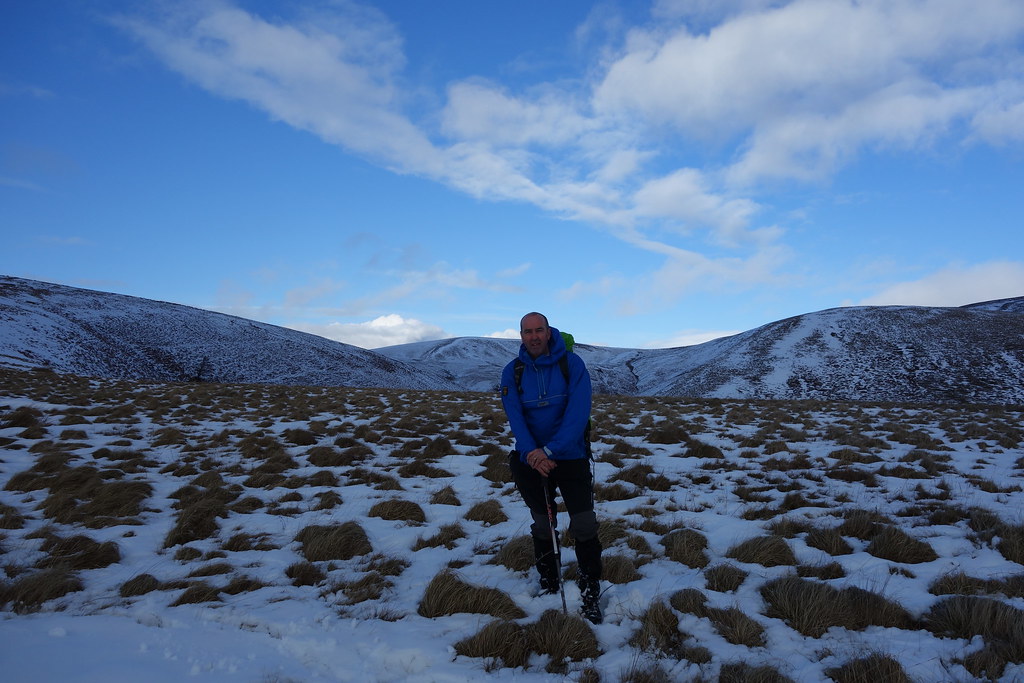 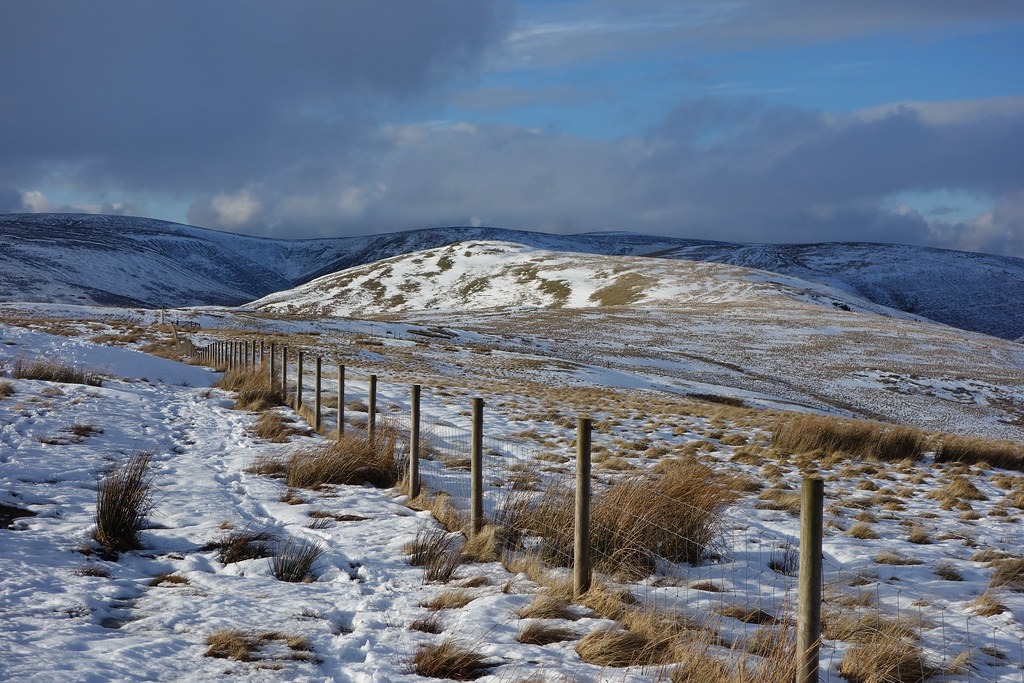 Tremendous, one of my absolute favourite wals that

OpenC wrote:Tremendous, one of my absolute favourite wals that

thanks for that OC, half expected to bump into to you!

Thanks for that Trailmasher. always prefer a winters day up that way.

Perfectly picturesque Gman, but I thought the summits back home were supposed to cloud over as you approach, that was always the way of it