Cheviots round with a wild camp

Cheviots round with a wild camp


I had 4 Hewitts in the Cheviot range that I wanted to bag, and as it's a long drive up to Northumberland I decided to combine all four in one trip. Windy Gyle and the Cheviot (both of which I'd climbed previously) could be added on with a couple of short detours, making it a round of all six hills.

I had to buy a new rucksack before starting out, as I found when I tried to pack that the old one wasn't big enough, so I didn't get a very early start, and arrived at the beginning of the walk at about 3 p.m.
I started from Hartside, which is down a minor road off the A697. There's room to park on the road just before the farm entrance. 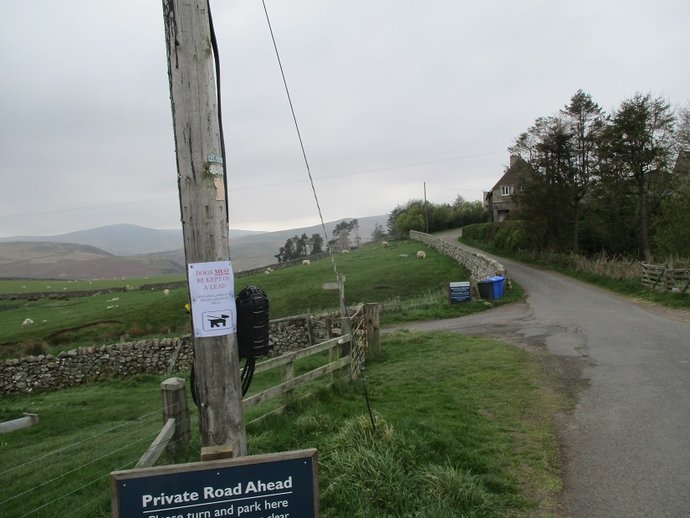 The first couple of miles were along a vehicle track which winds around the side of Shill Moor.The track comes to a dead end, but if you carry on a short distance in the same direction you soon reach another track, called Salter's Road. From near the top of the pass on Salter's Road I turned left to go uphill onto Bush Knowe, and then a path along the ridge leads up to the summit of Cushat Law. 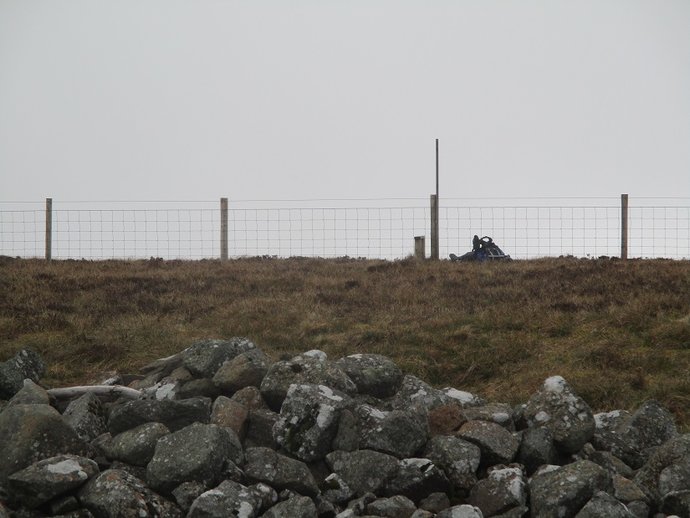 Although the walking so far had mostly been quite easy, the unaccustomed weight I was carrying was giving me a pain in the neck and shoulders. I managed to adjust the rucksack to make it a bit more comfortable ( it's got about 20 different straps on it. I'm still not sure what half of them are for), bit it was still a bit of a pain for the rest of the trip.
The next hill, Bloodybush Edge, was reached by a simple walk along the fence line. Fortunately, it hadn't rained much recently so the ground was quite dry. This would be a much more difficult walk in wet conditions. I'm not sure why it's called Bloodybush Edge, as it didn't seem very bloody, or bushy, or edgy. From here, I followed a fence line heading west, and then a path down into the valley towards Uswayford. Until fairly recently, this was a bed&breakfast which was used by walkers on the nearby Pennine Way, but now it's just a private house. There's a path from Uswayford leading up to the border ridge, but it wasn't easy to find at first- it may be starting to fall out of use since the b&b closed. Once you find the path, though, it's a nice easy climb up through the woods. At the top of the path there's a crossroads, with a bridleway going across the ridge towards Cocklawfoot, and the Pennine Way path going along the ridge, which is also the England-Scotland border.There's also a bit of flat grassy ground which is good for putting a tent on. It was now getting close to sunset, so I quickly put the tent up and headed along the ridge to the next hill, Windy Gyle. Thanks to a good path, and the fact that I no longer had a heavy weight on my shoulders, I was able to make good progress, and got up to the summit and back down without having to use the torch. Getting back to the tent,I had a sandwich and made a cup of coffee, but as it went dark it quickly began to get very cold, and the only way to get warm was by going to bed.Unfortunately I didn't sleep too well and when it started to get light decided to make an early start. There's a stone path along the Pennine Way, although there are gaps in the path where it could still get boggy in wet weather. After a couple of miles the PW splits into two, with one branch going up to the Cheviot, and the other heading down towards Kirk Yetholm. I left the rucksack at the junction and made a short detour to visit Auchope Cairn. Although this is only a minor summit it's a much better viewpoint than the Cheviot. 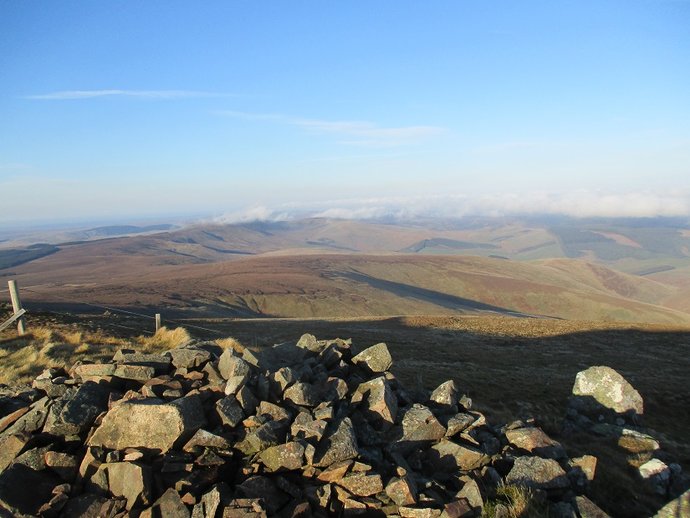 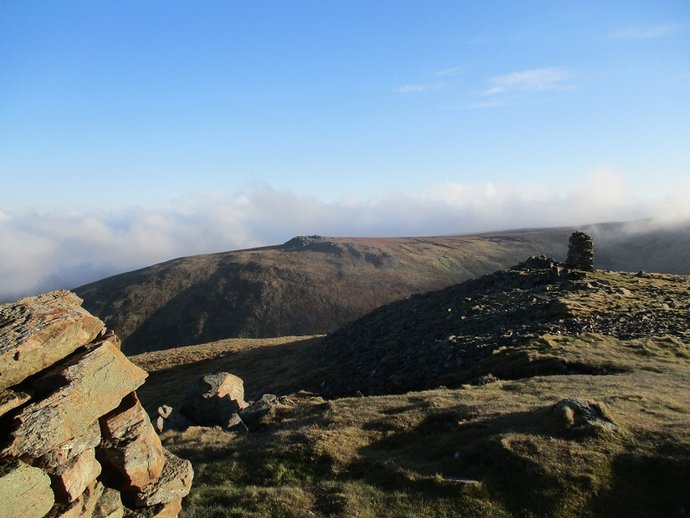 I then went back to the bag and carried it a bit further to Cairn Hill, where I left it by a fence junction and headed up to the Cheviot summit. Although this is the highest point in the area, there's not much of a view as it's in a big flat plateau. Returning to pick up the rucksack, I followed the fence downhill towards Comb Fell. across a very boggy col. Even in dry weather this was hard work with a series of large peat hags to climb over. From the undistinguished summit of Comb Fell, it's another boggy trudge along the fence line to the sixth and final Hewitt, Hedgehope Hill. It was quite a pleasant descent from Hedgehope Hill, with a good path leading south-east from the summit to join a long grassy track down to Linhope, and a short walk on tarmac back to the car. Re: Cheviots round with a wild camp

Tremendous walk around my local hills, enjoyed that