Was taken aback when I read Mountains of Scotland's report on MacGillicuddy Reeks I didn't think Ireland had mountains of this grandeur. 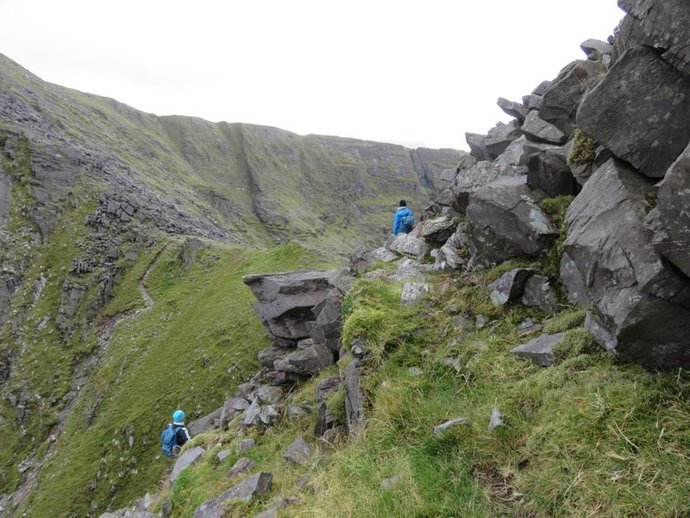 This is a great route. No path up to the start of The Bones when I did it either!

arjh wrote:This is a great route. No path up to the start of The Bones when I did it either!

I thought so as well arjh, always good to get a circular.
Easily achievable in under 5 hours. I was dawdling and chatting to the germans, very enjoyable company.

Some dramatic looking ridges. Would like to go there one day but I'll probably be visiting a few smaller hills in Ireland before this one.

litljortindan wrote:Some dramatic looking ridges. Would like to go there one day but I'll probably be visiting a few smaller hills in Ireland before this one.

It was as I say a benign day. It was a lot less difficult than I thought it would be, easy scrambling

Going to try Glencoaghan Horseshoe next which does actually look as though it will have a few demanding scrambles...