Best walk I never want to do again!

Best walk I never want to do again!

Hewitts included on this walk: The Cheviot

Sitting in front of the fire, planning a winter route, it's easy to bite off more than you can chew. Most people of my age have learnt this lesson well and plan their routes with a few escape options - easier alternatives if things don't quite go to plan. In the Cheviots that can be quite hard to do, because of the distances and sparse footpaths. Experience also tells you never to try and go 'off piste' in the Cheviots - the terrain can be unforgiving peat bog, heather moor and hummocky grass. Deep snow adds another obstacle. Here I managed to find a way to commit myself to a 22 km round (easily do-able without the snow conditions, but with very few options), then tried a stupid off-piste 'short-cut' that ended up (predictably) adding a couple of grueling hours to an already tiring day. It ended up taking 9.5 hours altogether - enough said! In my defense, weather conditions were superb, otherwise I'd have turned around a lot earlier. Bottom line, I don't recommend this as a winter route to anyone apart from the extremely fit, and certainly won't be repeating it myself, but it was mostly a fantastic day out. 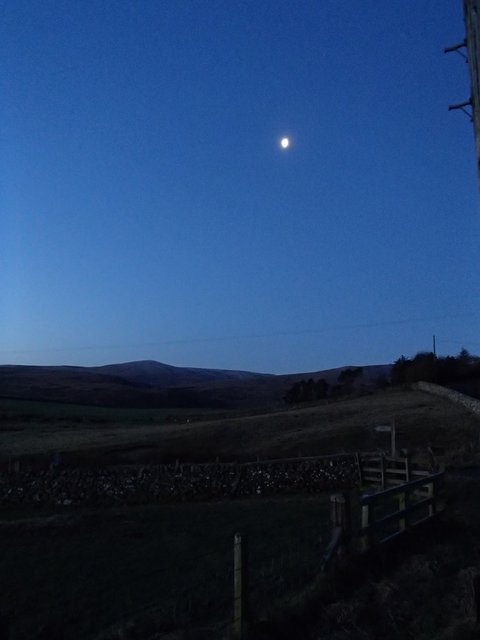 Not everything about the day was poorly planned - I managed to get to Hartside farm for an early 7:30 start - here on the road towards Linhope. Conditions lower down were pretty good - cold enough to freeze the bog in most places. Hedgehope Hill from the point the path forks off towards High Cantle. Although 'path' is a bit of a misnomer - it is marked on the map, but there's little sign of it on the ground after you leave the farm track. 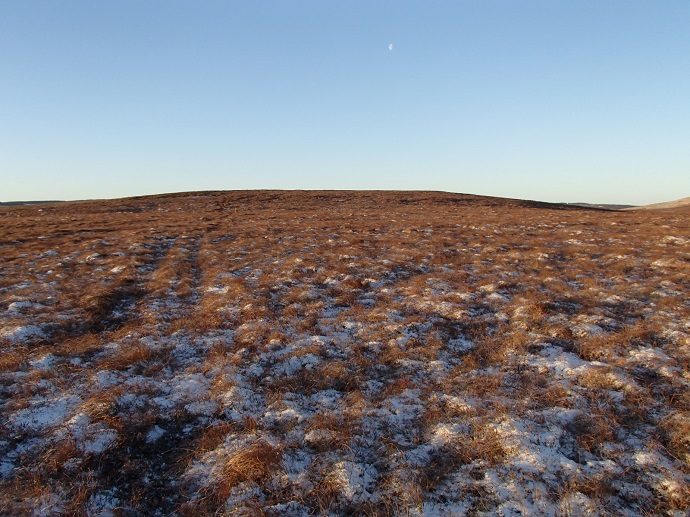 Typical view of 'the path' up to High Cantle. I had no idea what was to come so thought it was pretty hard going. 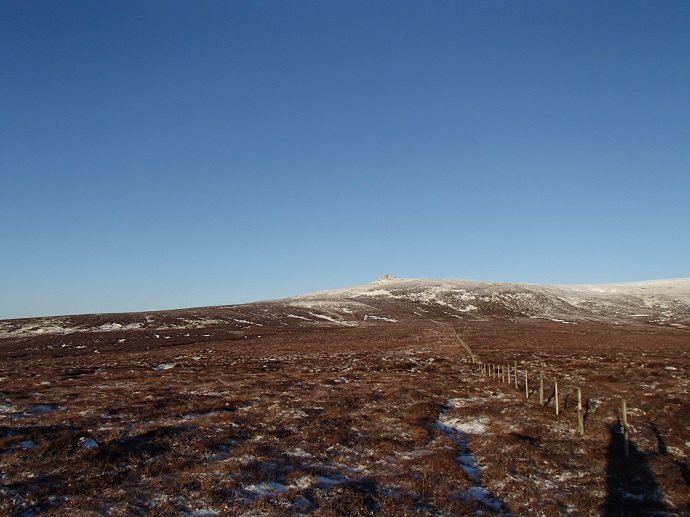 The first 'off piste' section, following the fence line north past Shielcleugh Edge was pretty good. The going wasn't too bad until the peat bog at Scotsman's Knowe, which I was expecting. Here looking towards Coldlaw Cairn.

Reached the snowline just below Coldlaw Cairn - with fantastic panorama of Cairn Hill and Cheviot to the north. 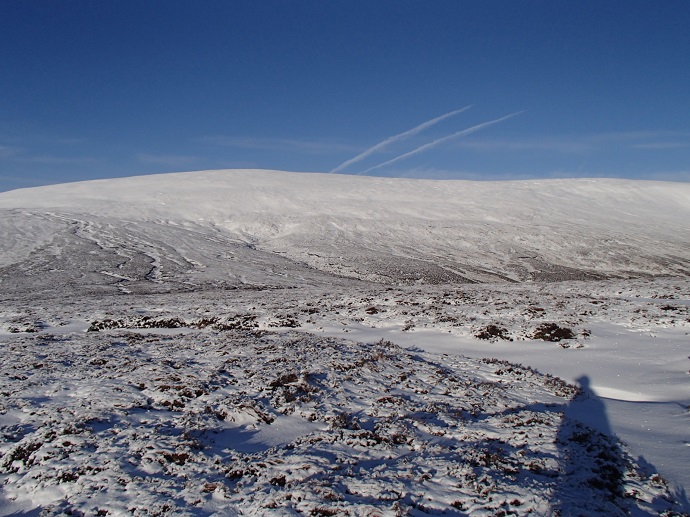 The peat bog in the dip before Scotsman's Knowe was probably made a lot easier by the deep snow in the ravines, which was mostly solid enough to get across the boggy bits. Signpost at Scotsman's Knowe, Hedgehope Hill in the background. Great snow conditions up to Scotsman's Cairn, soft enough to not need crampons, but mostly hard enough to support your weight. 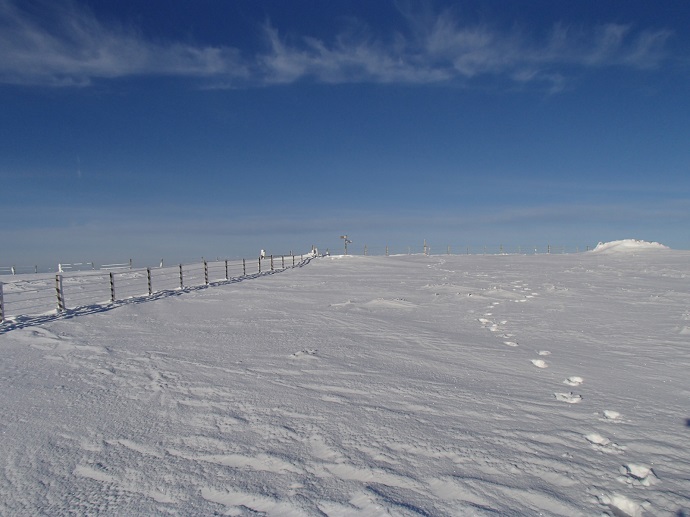 The rest of Cheviot was cake icing landcape - here coming up (with some relief) to the top of Scotsman's Cairn. The summit cairn of Cheviot. The gentleman carrying what looks like a long fishing pole had brought up a heavy-looking and unwieldy-looking aluminium mast in sections - apparently 'fishing for radio stations'. Hats off. The stile on the descent route into Langleeford towards Scald Hill. Looking back up to Cheviot from below the snowline. 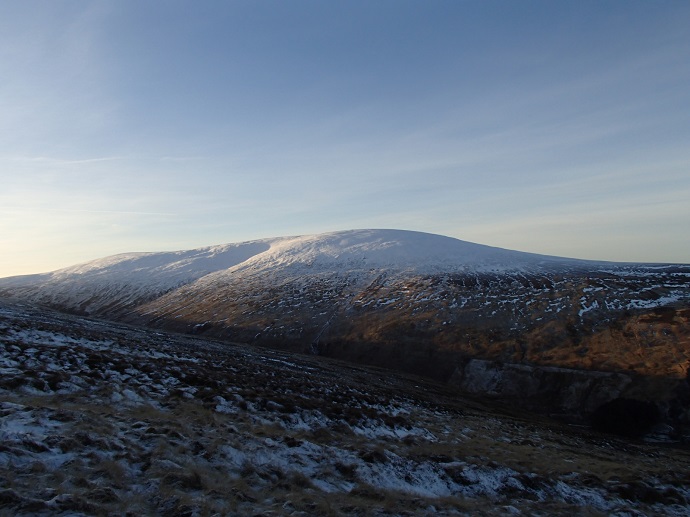 Beautiful view of Cheviot looking back from the other side of the Langleeford valley. This is where I had made the first stupid shortcut though. The going was strength-sapping hummocky grass over steep ground. I then made the bigger mistake of deciding not to summit Hedgehope Hill and to skirt around it to the west instead. Further round, the going was a mixture of steep snow slopes and deep grassy hummocks. It took another 2.5 hours to negotiate a way around. From my high point at about 650 m I could have been up and over the top in less than an hour I reckon. 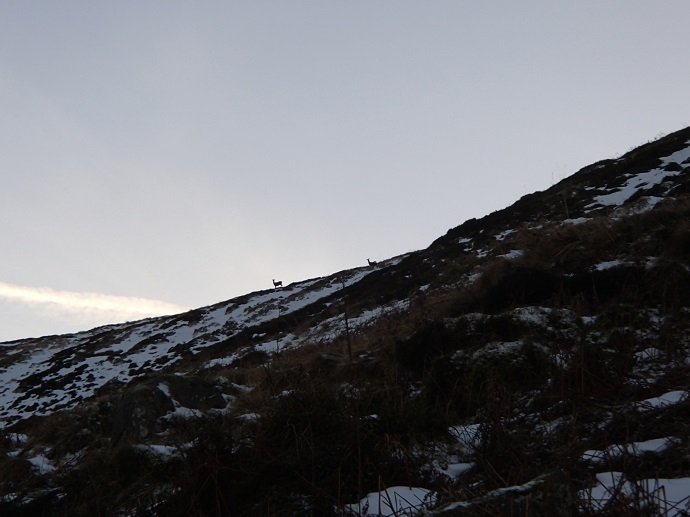 I was rewarded with a sight of some deer on the eastern slope, but this shot gives some idea of the hard going across the slopes. Even the last leg down to Linhope was hard going - icy farm track needing care. 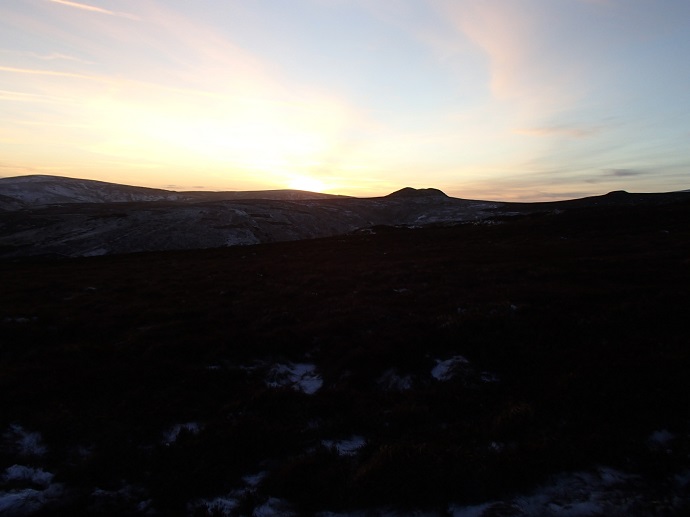 The sun was setting over Great Staindrop on the way down to Linhope, and I got back to the car well after dark.

Overall, it was a pretty special day in the Cheviots. One of those rare, windless, bright winter days. Definitely a day to remember, but maybe not to repeat.