The weather reports on the Monday suggested that things were going to take a turn for the worse on Mount Charleston. Looking out of the hotel window in the morning in Las Vegas suggested, it was going to be yet another lovely day.
I could have done this walk on the Sunday but the need to visit another attraction that closes during the week made me have to take the risk.
My plan was to drive Mount Charleston which is a resort town for the rich to live and a ski resort. Confusing I know Charleston Peak should be called Mount Charleston?
The drive in was a pleasure although very windy with me dodging the odd large bit of tumbleweed on the road. Then as altitude is gained it changes to forest, with snow markers at the side of the road and verges especially for chaining up wheels for snow.
Upon reaching the car park for Trail Canyon trail head, I was surprised that no other cars were there. If this was the UK surely there would be a few cars even in the week.

Getting out of the car was a shock, it was freezing but with clear skies I was in the mood for an attempt on this 11,916 ft (3,632 m) objective. The plan was to follow Trail canyon trail to North Loop trail which takes you to the summit.
Rather a long route but the South Loop trail was closed off for winter. Walking through the forest was nice and further up the trees turned to skeletons, lots of dead trees everywhere which had a spooky feel to it.
The trail headed up very slowly with lots of zigzags before reaching the top of the north shoulder of Charleston Peak. From here, it was more interesting contouring with drops and views to my left. At this point even the trees were frozen then the final steep zigzags before the summit came into view.
The summit had a mast with a US flag and other bits and bobs. Then it started snowing!! So with no time to hang around I had to make a fast retreat. My worry was not being able to drive out of the place in a Dodge V8 Hemi. All ended well and although the snow started getting faster, lower down it wasn't so bad. All in all a very enjoyable ascent. 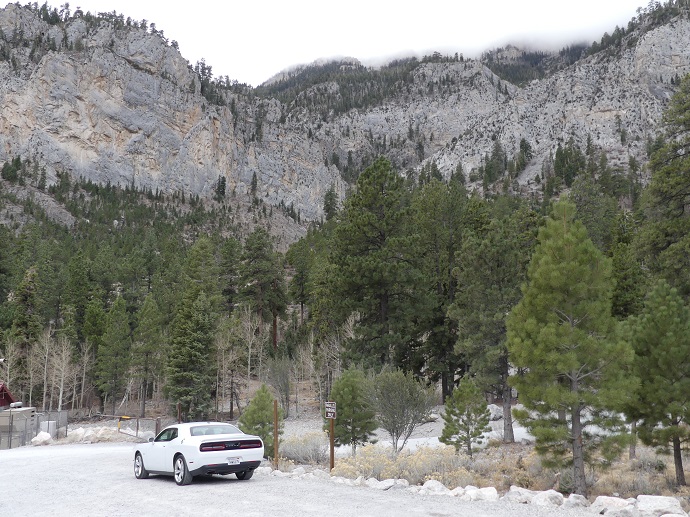 Heading through the forest, good thing this isn't Bear country. 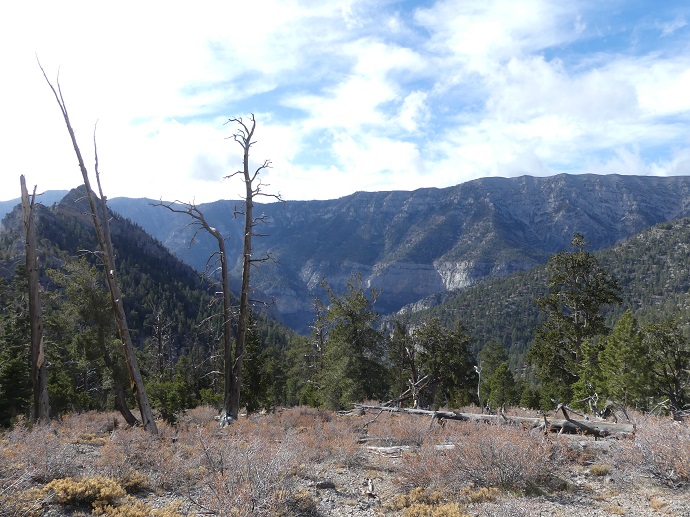 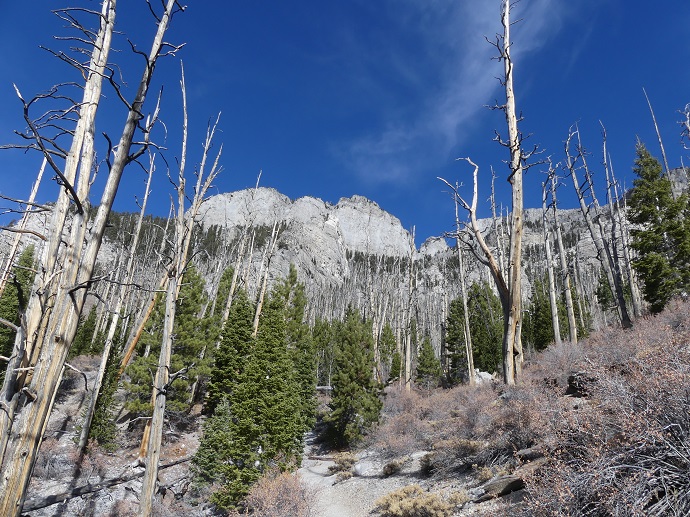 The lifeless trees higher up. 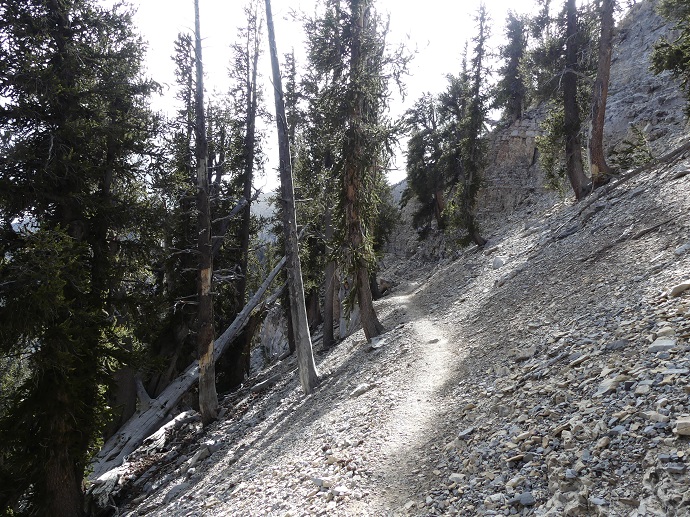 The summit with all its paraphernalia. This looks like a pleasant trail up the the summit. A good day out. Looks as if replacement trees are coming through where dead one's are. Were these maybe burned during a fire a long time back?

It was a good route with no real difficulties gaffr.
You are most probably right, summer is hot up here and I seem to recall warnings regarding forest fires.