Brandon across the bay

Although the weather was good I still managed to end up at the wrong start point. Let me just say that the sign posting leaves a lot to be desired. I think I started from near the Heritage Centre at 518 138. It soon became obvious that I was on the North and not the South side of the Binn Fhada ridge as I had planned. Wrong side of the ridge

I must admit the ridge looked pretty impressive as I progressed West. As I gained height I feared that I was going to reach a dead end with no way up onto the ridge. Is it a dead end

However, on entering the corrie holding An Loch Dubh there it was in front of me, the way up onto the ridge. The way out and up

The summit was now only a kilometre and a half away to the South.
Looking back down on An Loch Dubh I knew I was home and dry. As I progressed along the ridge I could look down on the side of the Binn Fhada ridge I had meant to come up with its chain of lochs and lochans. The side I meant to come up

The Binn Fhada ridge is quite spectacular and I would certainly give it a go if I'm ever in the area again. 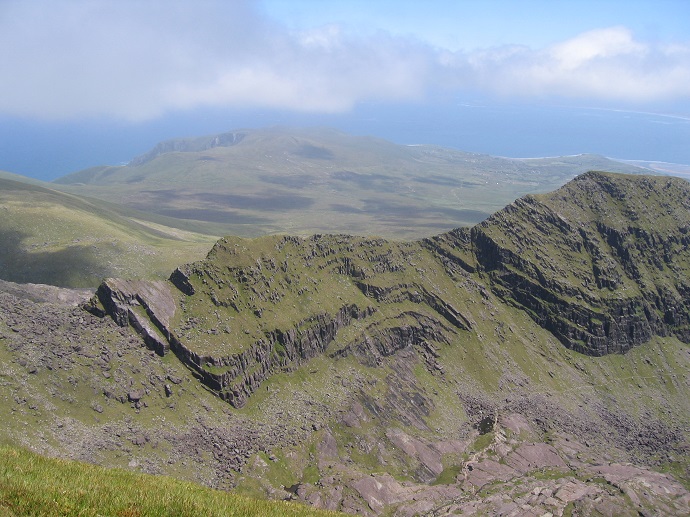 By this point I'm within a couple of hundred metres of the summit and the view West to the coast are spectacular. 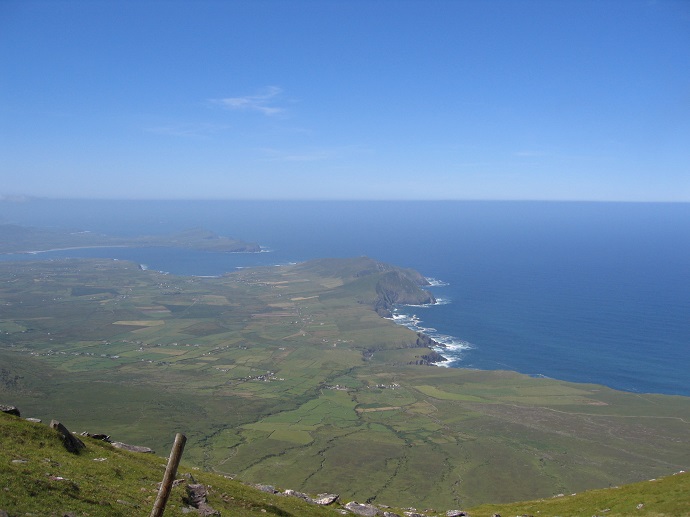 A few minutes later and I'm there - the summit. I decided to descend by the South side of the Binn Fhada ridge and cross over to the North side lower down. Crossing over ridge S to N looking to start of walk Crossing ridge S to N looking back at ascent route

What seemed like a disaster at first turned out to be a fantastic day and due to the route of ascent i did take I never met anyone until I was about half a kilometre from the summit.

That's an amazing day on what looks to be a stunning mountain.