Staying at Sleepzone Connemara for a few days to do a couple of walks and decided that my first hills would be Ben Bury and Mweelrea. Went round the night before and had a look at the hill to see how I was going to approach it so that I wasn't dithering about in the morning.
The next morning I drove down and through Leenaun to pick up the R335 which I followed past Delphi and up the side of Doo Lough to the wide causeway between it and Glencullin Lough.
I crossed the causeway and headed up and to the left into Glencuillin. I'd noticed the night before that there was a ramp ran from bottom left to top right up the back of the corrie and hoped to make use of that. 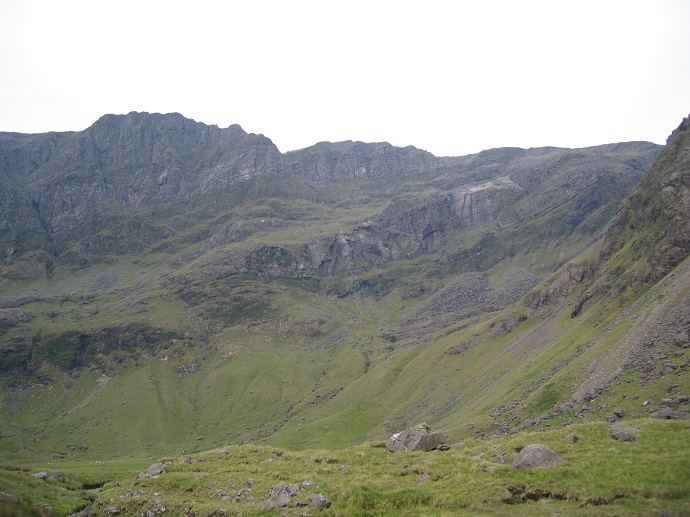 It made for quite an easy ascent

apart from near the top where this was a outward sloping section covered in small pebbles. 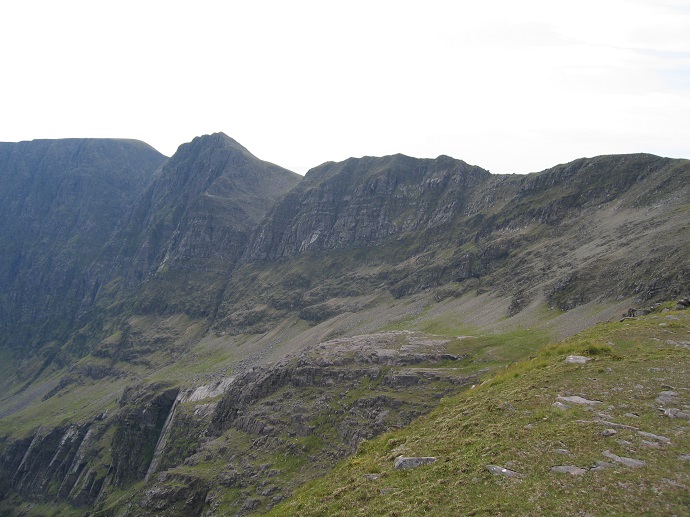 Looking back down top of ramp

From the top of the ramp I got a good view of the Sheeffry Hills 762m on the other side of Doo Lough. 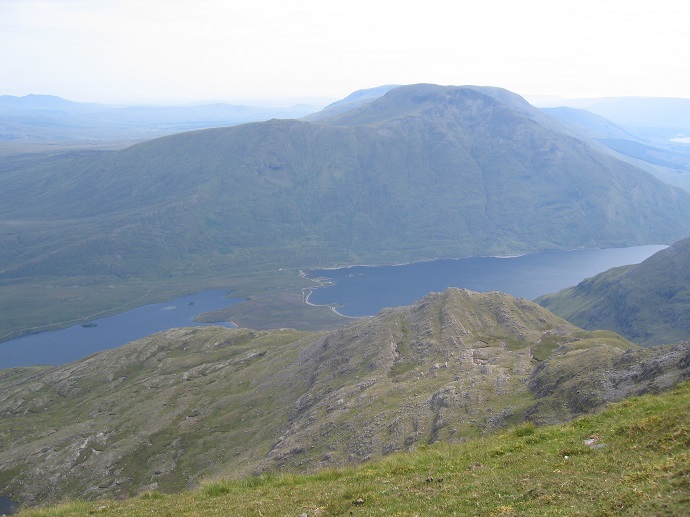 Sheeffry Hills on opposite side of Doo Lough 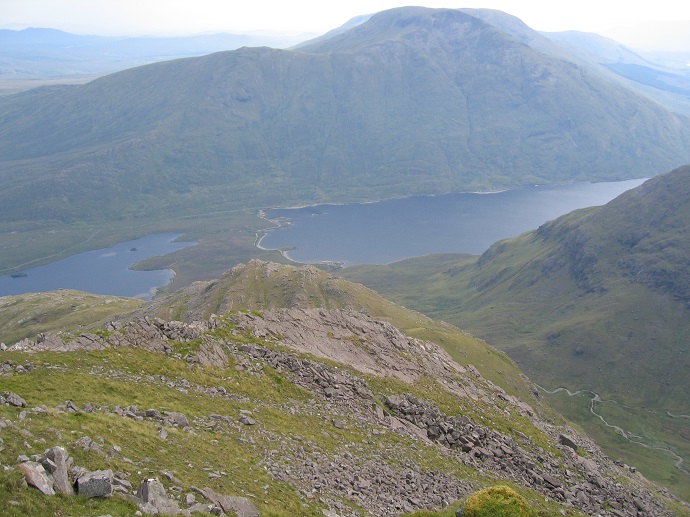 The Ben Bury ridge also looks quite spectacular from high up on the ramp. 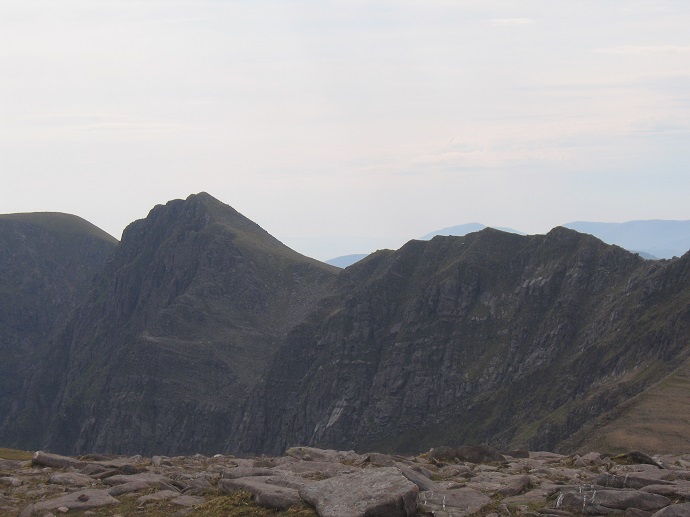 Once over the top it was a short walk North West to the summit of Ben Bury 795m. 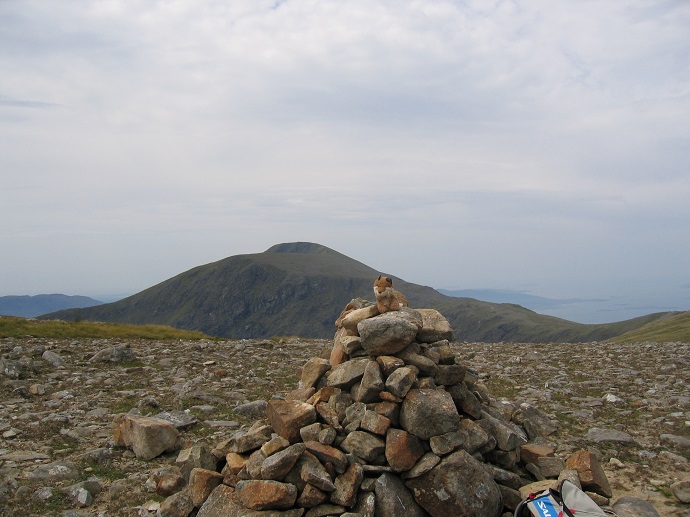 From here one could see the summit of Mweelrea about 3km away to the South West. 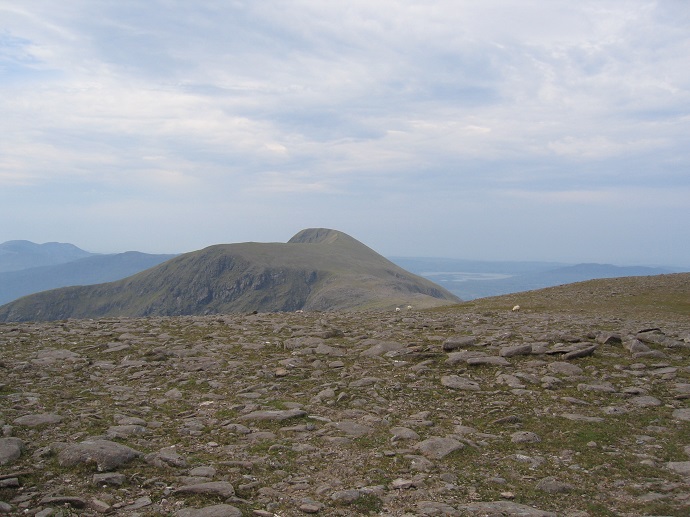 Looking from Ben Bury to Mweelrea

From the summit of Ben Bury I descended West and then South South East to the col separating them at 650m.
The ground here made for easy walking

and a steady ascent South and then South East soon brought me to the summit of Mweelrea 814m. 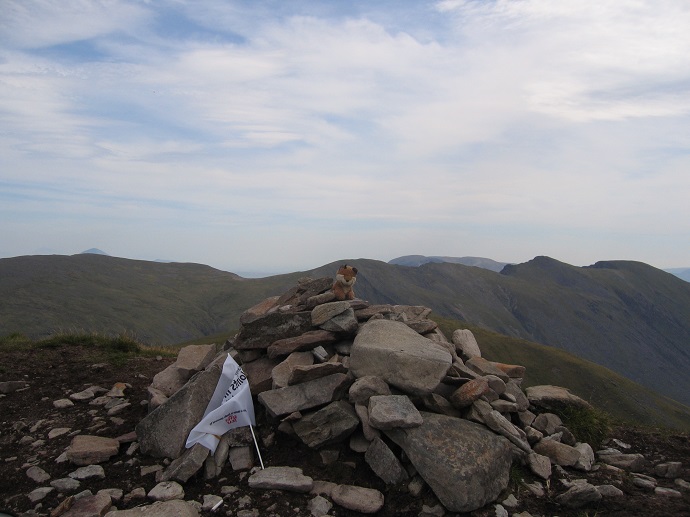 The views down to Killary Harbour, sometimes called Killary Fjord due to its length are very impressive although it is rather spoiled by all the salmon farms. The return journey was the route of ascent in reverse.
That evening as I sat outside on the veranda at Sleepzone Connemara supping some golden nectar

the views all around were magnificent as was the hostel. It was the first time I had ever seen a midgecutor. It was about 4ft tall and stood on the veranda to suck in all the midges

which were just as prevalent as on the West coast of Scotland. 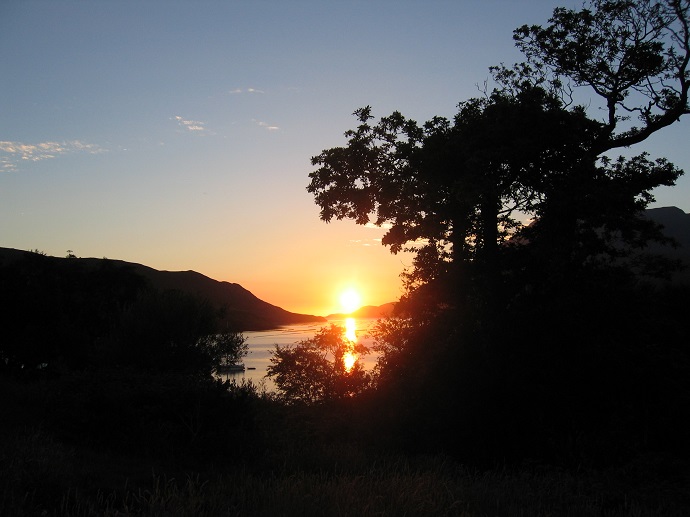 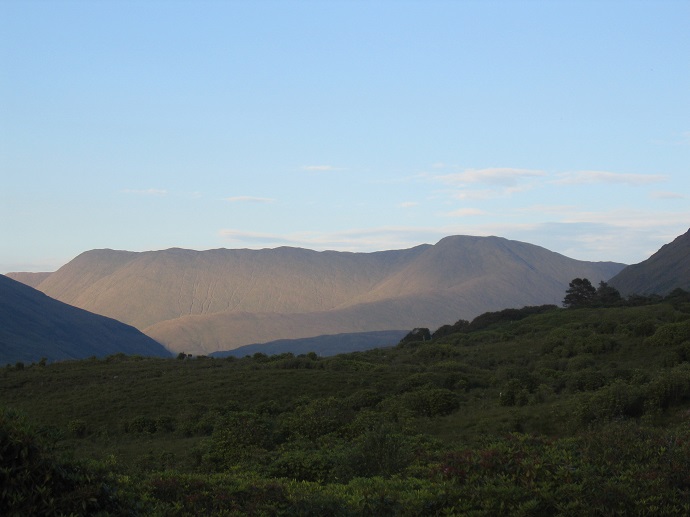 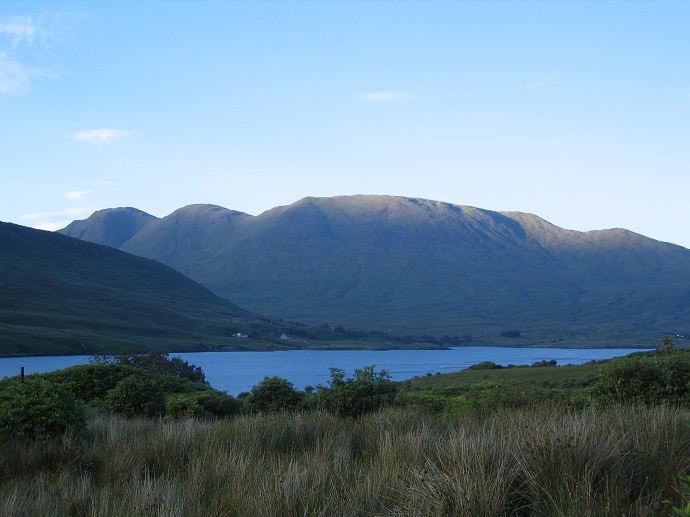 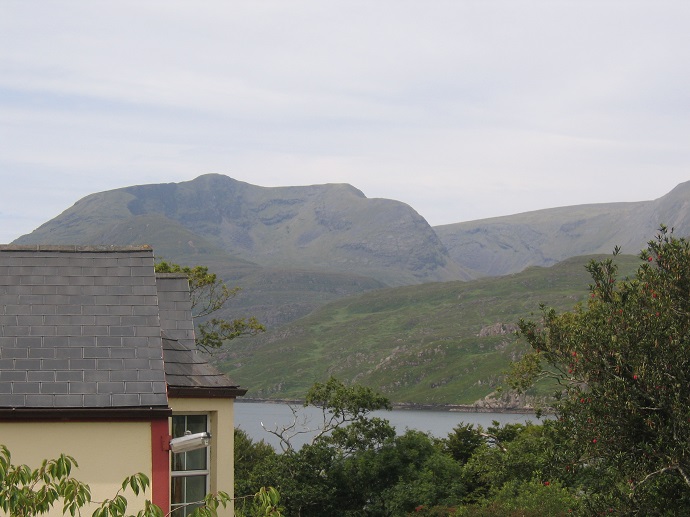