I was down in Keswick for a few day's break with my wife and she was quite happy for me to head off up the hills while she 'did' the shops. However, the weather was so poor that I only managed one day out - and even that was cold, wet and cloudy for the most part. I drove round to Seatwaithe to have a walk up Scafell Pike via the corridor route. It was fairly early but it was still tricky to find a parking place along the grass verge. I walked through the farm and up to Stockley Bridge and then followed the path up beside the swollen river to Sty Head Tarn and Sty Head itself.

A pan of the hill from near Sty head tarn

From here I walked east to the start of the track called the corridor route and followed this all the way up until it joined the main track (or motorway, as I heard one walker call it) from Wast Water. 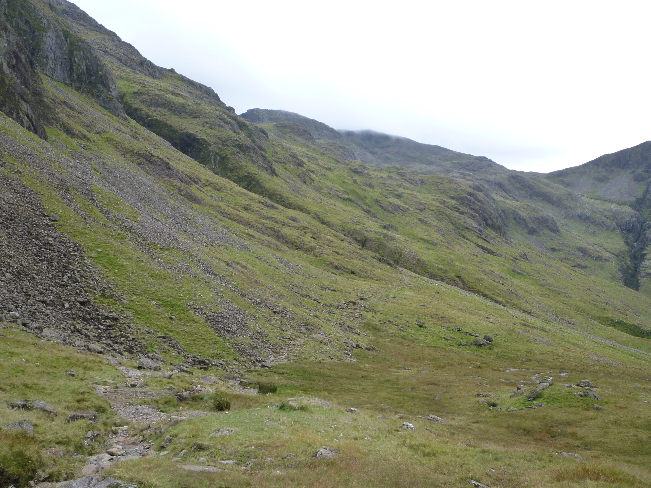 The start of the corridor route beyond Sty Head tarn 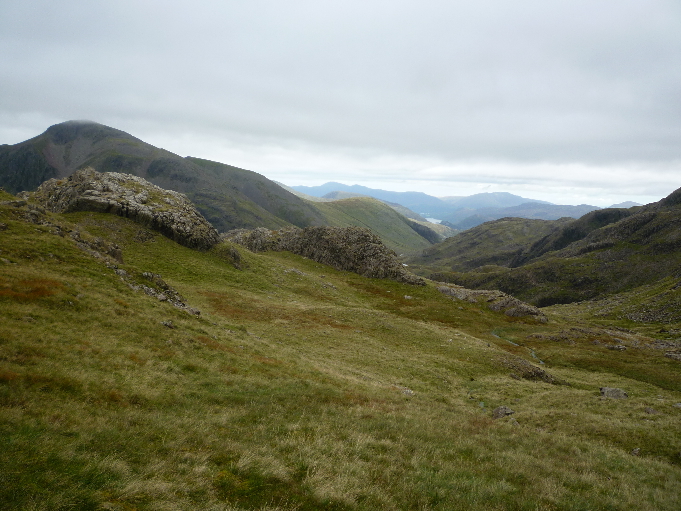 Looking back down the corridor route

I must confess that I have never seen so many people on a hill. The weather by now was very poor: windy, wet, cold and cloudy and I would have liked to get up to the summit quickly and get back down to a more sheltered spot for lunch, but the pace of the 'snake' of walkers heading up and down was so slow that it seemed to take an age until the huge summit platform/cairn was reached. I took a photo (which was pretty pointless, really) and headed off back down until I was out of the wind and cloud before I sat for a snack for lunch. It was a pleasant, if rather slippery at times, walk back down the hill to the car.

Re: Scafell Pike from Seathwaite

That's a great route up, we did it a few years ago and absolutely loved it.