Wainwrights included on this walk: Base Brown, Haystacks


This is it, my last two Wainwrights of the round. I'd decided to finish on Haystacks after I'd got about halfway through (the point when I realised I may as well go for it and finish the lot). It seemed appropriate to finish on Wainwright's favourite hill, rather than something nondescript like Shipman Knotts. The weather looked perfect over the Easter weekend, in contrast to last year when we had rain and 60 mph winds

First, I needed to climb Base Brown. I wanted to go for the direct ascent up the north side of the mountain, rather than the easy but boring climb from the West. The Base Brown direttissima has got a bit of a reputation for route finding difficulties but it seemed OK to me. Not really a scramble but an interesting route up an underated hill. 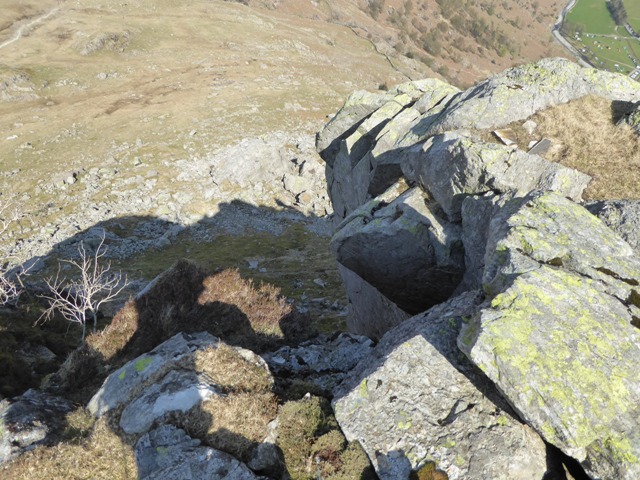 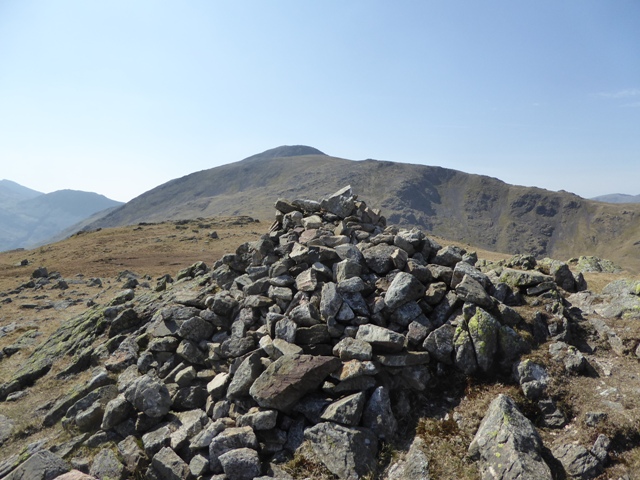 The route from Base Brown to Haystacks passes very close to the summit of Green Gable, so it seemed a shame to leave it out. The last time I climbed GG was on New Year's Day 2018, all alone and in poor visibility. What a difference this time around: Then it was off to Haystacks: I guess lots of people have their own ways of celebrating. I'd bought a banoffee slice from Booths in Keswick, planning to save it for a treat on the summit but decided to leave alcohol for later. Really, the only thing I wanted was to be alone. As I approached the summit of Haystacks it looked deserted, but this turned out to be an illusion. The summit was littered with people, screaming children, dogs swimming with Wainwright's ashes in the tarn. A family were hogging the summit cairn and the parents were trying to take photos of their children. Again and again they couldn't get it right. Every time one of the children had her eyes closed. Again. Again. On and on it went

I patiently waited for them but they weren't budging. Let's try one more time. You've still got your eyes closed. Again. Eventually, at long last, they gave up and left the summit

I hope they enjoy looking at the dozens of identical photos of a child standing on a hill with her eyes closed.

What a misery guts I am! Honestly, it's great to see so many people enjoying the hills and considering this was Good Friday and the weather was nice, the crowds were inevitable. Plus, queuing to reach the summit is good practice for climbing Everest The traffic continued all the way down: After finishing the descent I walked along Buttermere to the Bridge pub in Buttermere village. It must have been one of the best pints I've ever tasted. I can't remember what it was. Jenning's something or other probably. Beer always tastes amazing after a long thirsty day

All done then. I doubt I'll bother doing further rounds, although there are a lot of Wainwrights I have climbed several, even dozens of times. There are a few I'd like to do again 'properly' i.e. via a decent route on a good day, especially Pillar, Great Gable and Blencathra.

Here are my main memories:

MANY CONGRATULATIONS. Great idea to finish on Wainwright's favourite. Alas, it is a Marilyn and we have bagged all those in the Lakes. Love to finish myself, but it will be years at this rate. I like your most whatever list at the end. A (now dead) friend of ours wrote a little pamphlet for friends and family about his hill walking life. My husband looked himself up in the index and found he was under Most Scary (the Aonach Eagach) and Most Mysterious, where they had seen a walker approach them along a ridge and then just disappear. "Well, he just went down." said my husband "There was nowhere for him to GO down, " replied our friend. It was obviously playing on his mind, but husband had never given it a second thought.


Do you have a most mysterious? Or are you a prosaic sort of person like husband?

That's a lovely area to finish in - I've got a real soft spot for Green Gable, so much nicer than its big brother which is hard to get on and hard to get off..

Congrats on completing the Wainwrights

Sgurr wrote:Do you have a most mysterious? Or are you a prosaic sort of person like husband?

Actually I had a similar experience on Sgurr a'Bhealaich Dheirg in Kintail recently when a man and a dog simply vanished on the summit ridge. I did seriously start to wonder if I was losing my mind

Perhaps the greatest mystery was how there weren't mass casualties on Helvellyn when I climbed it last March. Folks were down climbing the steep and icy Swirral Edge with no crampons, no ice axe, not even poles. I wanted to say something like "well if you're trying to kill yourself this is a great way of going about it" but was rendered almost completely speechless.

A couple of nice fells to finish with. Green Gable has great views so good for you to enjoy that on a good day as well.

Very well done and a lovely day and report to finish.

Do you remember what the 'buggiest' one was?

Thanks. I guess the 'buggiest' must have been Low Pike, near Ambleside. I went decidedly 'off piste' and endured a long climb up through thick vegetation, constantly pestered by cleggs.