Picked this one as an easy half-day outing: the forecast was a bit dubious and Gillian wanted a proper rest day, so I went out on my own. The route starts from the end of a side road off the E6 at the Øse campsite, initially following a marked track through the woods. I was not sure if there would be any path up the hill, so I stuck with the waymarks until they crossed a marshy area close to Litjevatnet lake. There was no sign of a path heading towards the hill, so I made my way across some glaciated slabs and up through some trees, which was a bit steep but not too bad. Once out of the trees, I followed a slabby rib, looking for the best route through some outcrops higher up: there always bit of excitement setting off up unknown terrain! I settled on a line between two obvious streams, which turned out to go pretty easily with only a tiny bit of easy scrambling. When I reached the shoulder of the hill I built myself a small cairn to make sure I got the descent line right. The next section was covered in snow, which was surprisingly firm after the warm weather of the previous couple of days, so I picked a line that avoided the steeper bits. A willow grouse with a clutch of chicks did a broken wing act as I passed them.

Once off the snow there was a just a pleasant stroll across some easy rocks and turf to the summit cairn. Despite the general cloudiness, the views were quite good, with a fragment of a rainbow over the island of Andørja. After a leisurely lunch break, I went back down the same way, taking care on the snow and kicking over my cairn once I had relocated my line of ascent. It would be feasible to make a longer trip by including Lofttinden, and heading north to pick up a branch of the initial path, but with good timing, I reached the end just before a shower of rain came on. 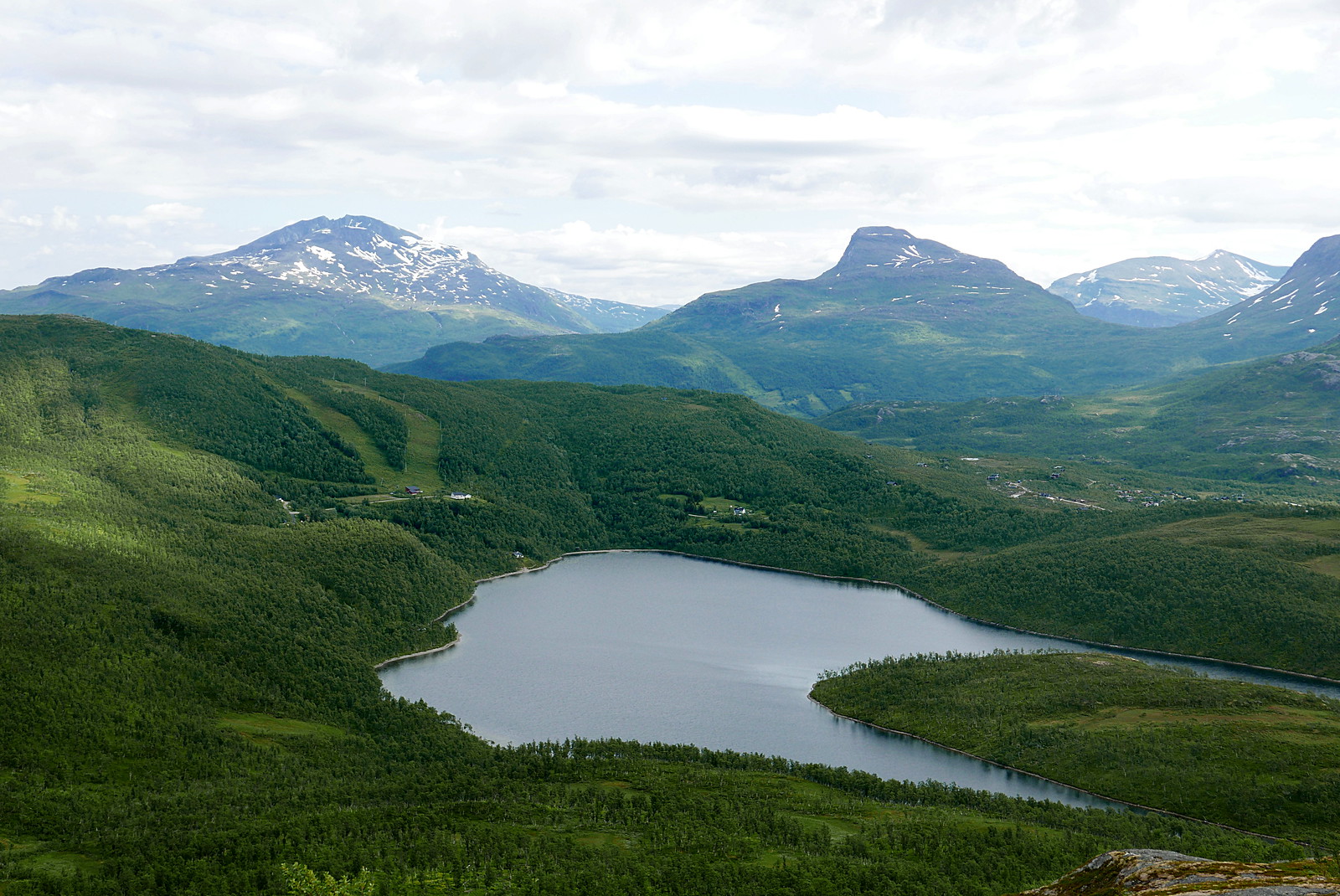 Looking back down towards the start: Spanstinden and Høgtinden in the distance. 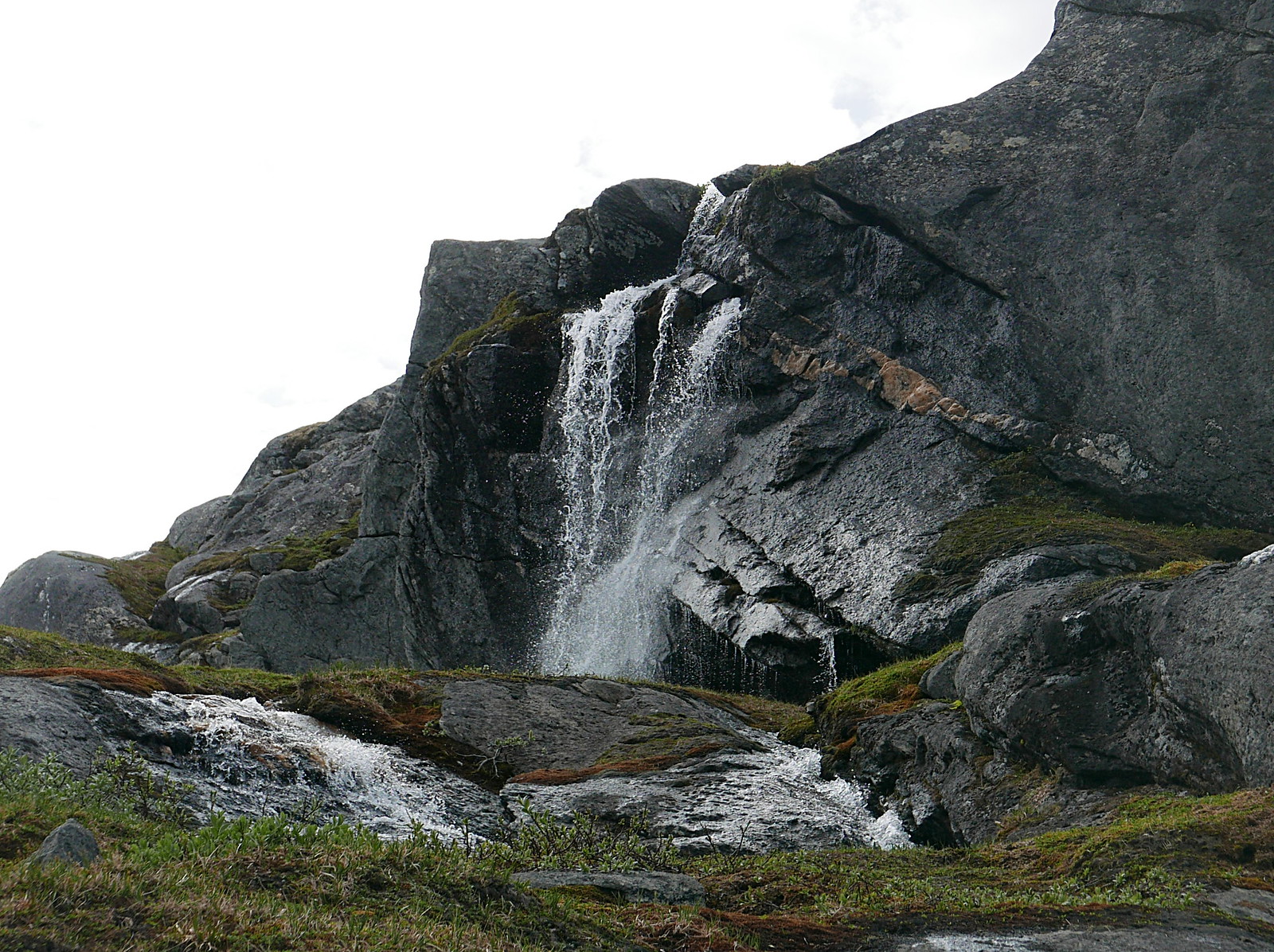 Waterfall on the way up. 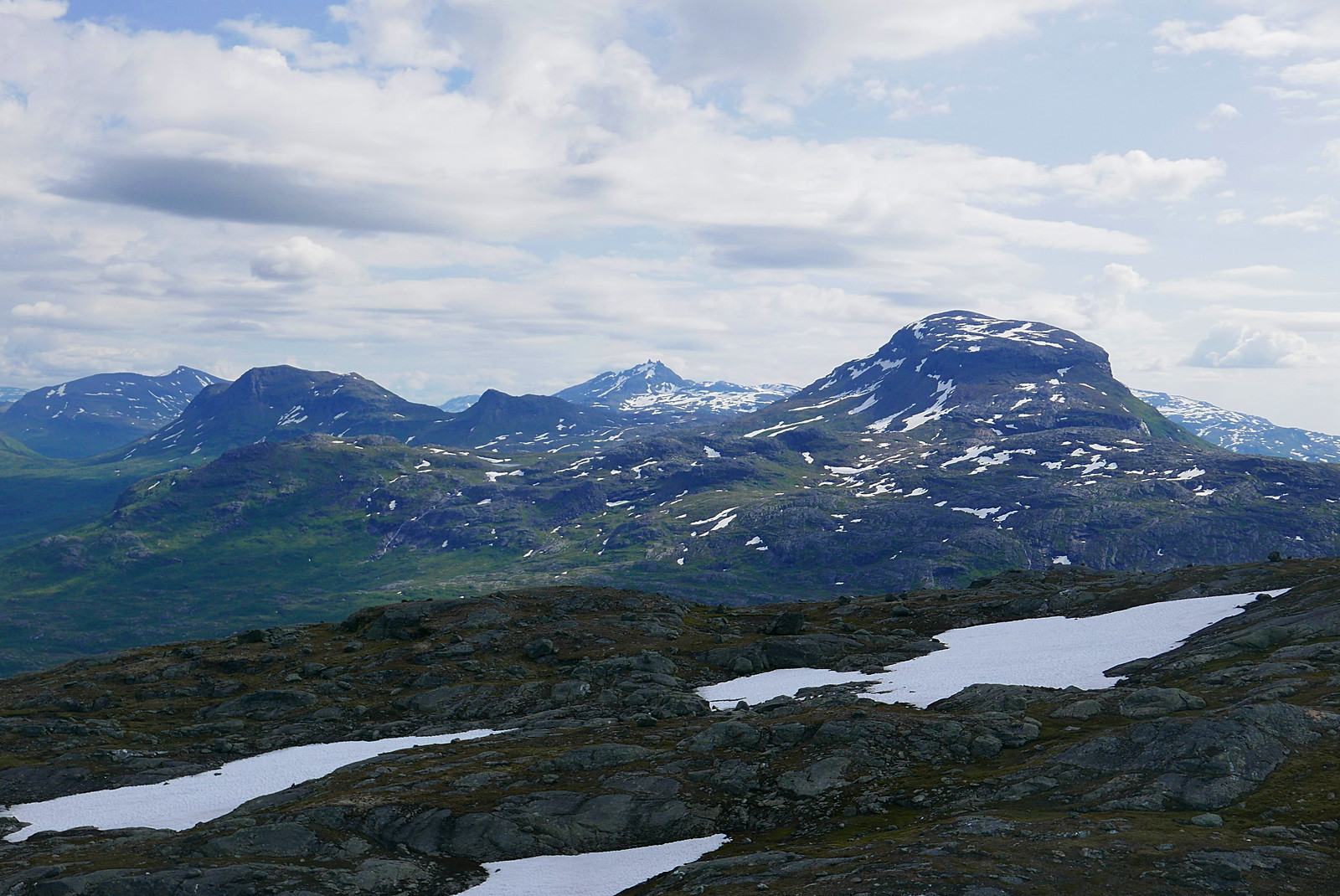 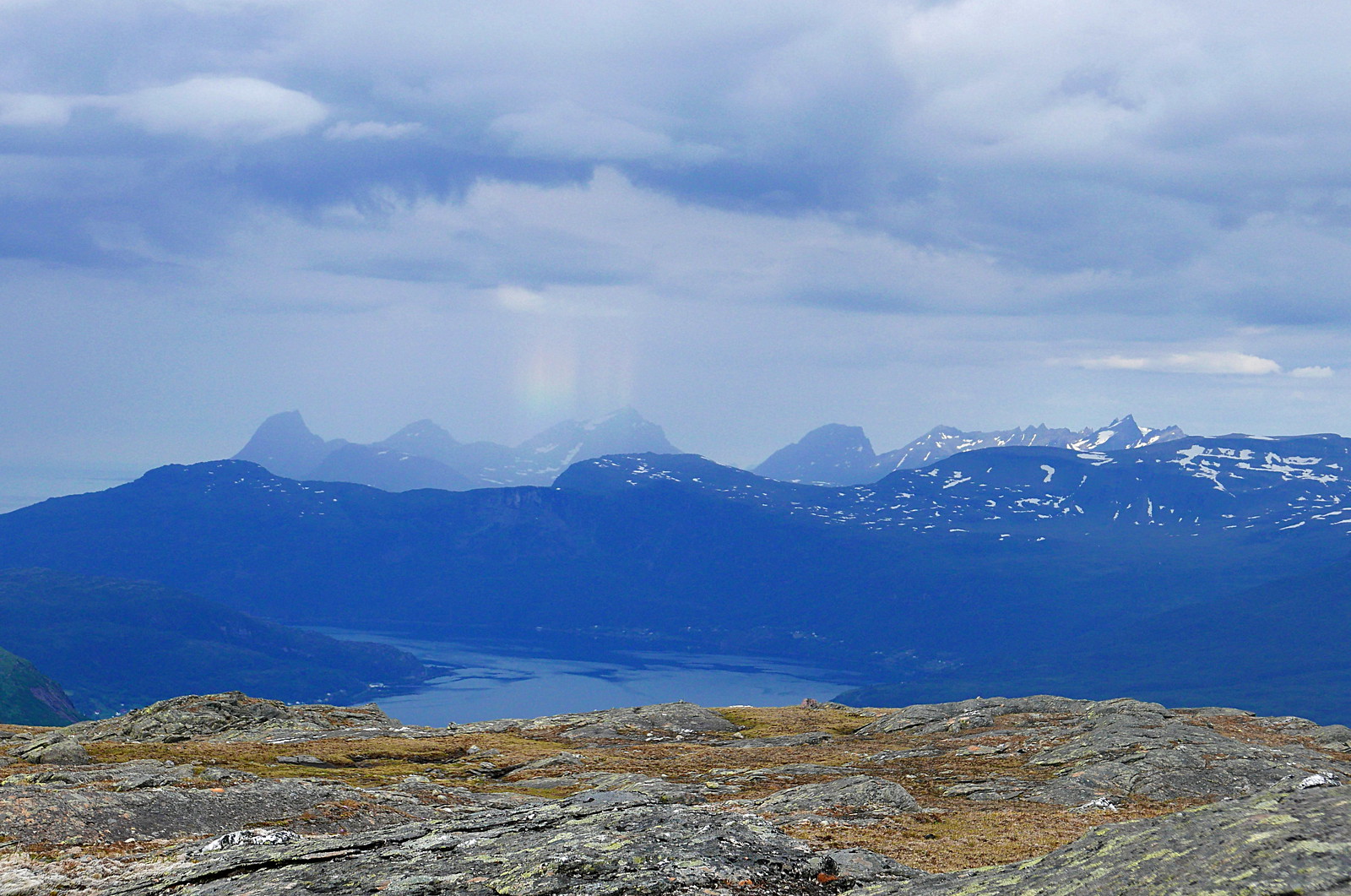 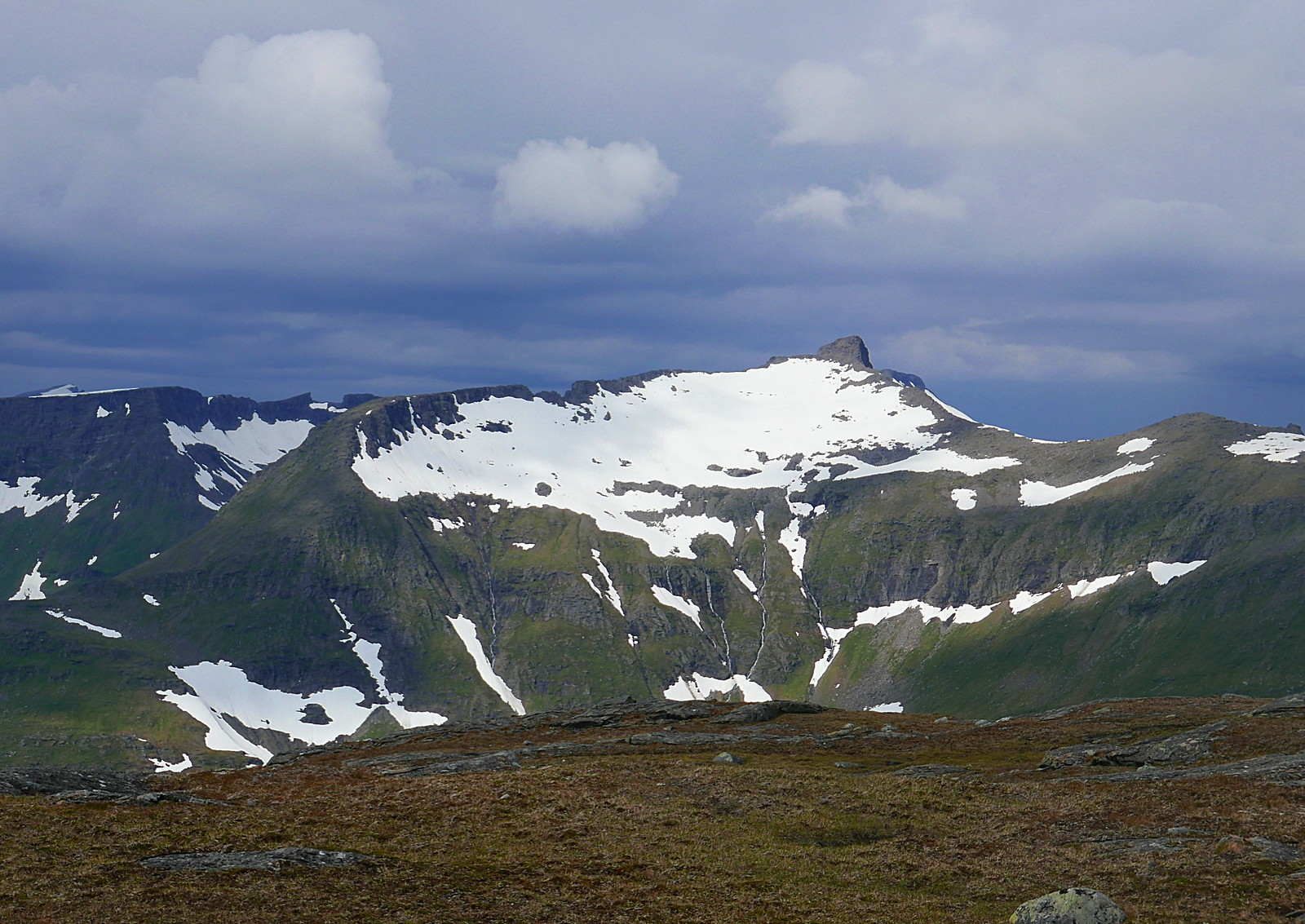 A patch of sun on Nonstinden 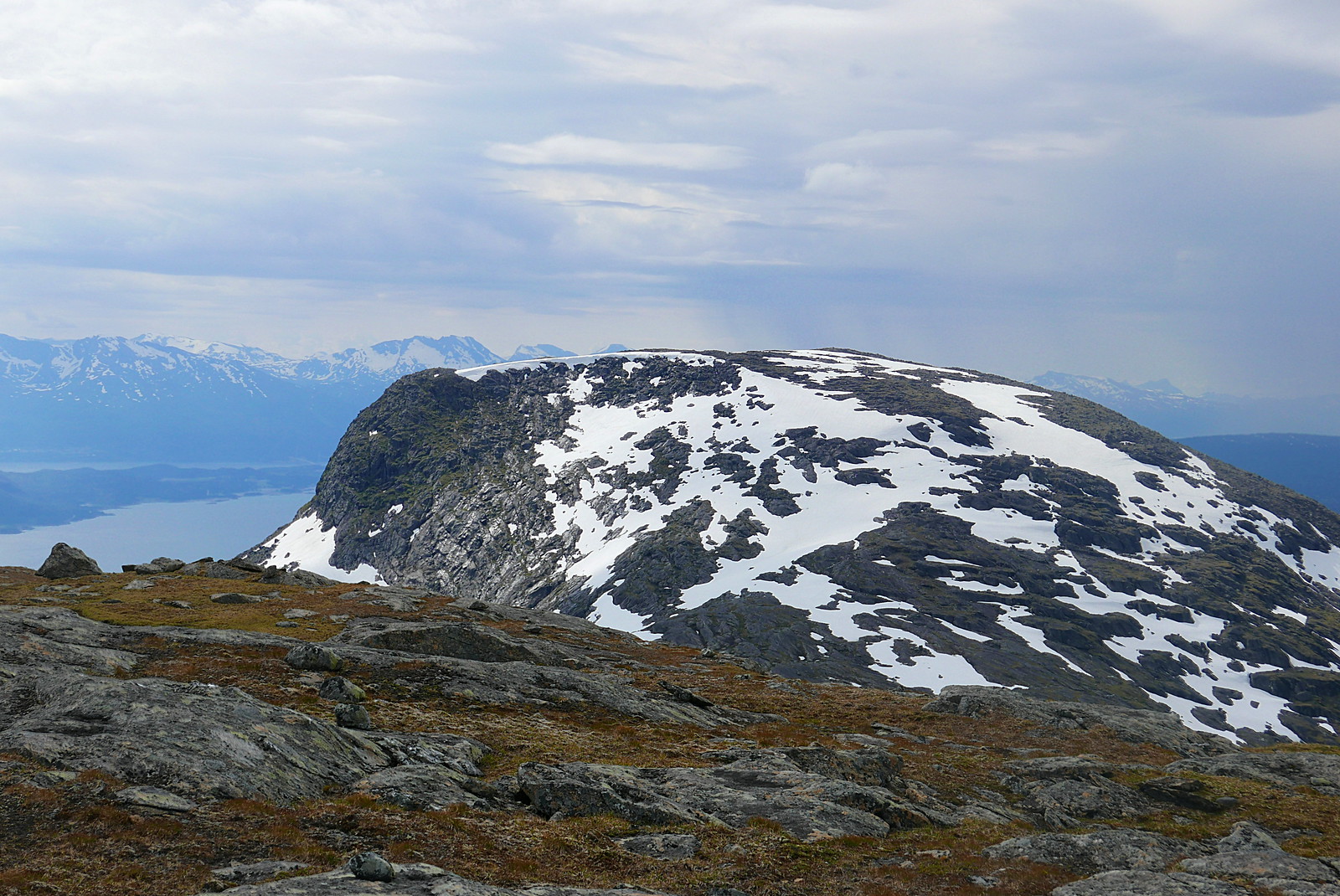