Årsteinhornet is an elegantly shaped summit at the end of a long broad ridge which gave us some delightful high-level walking. The route starts at the floodlit ski track behind Tennevoll and follows forestry tracks to a cabin at the tree line, with good views of the dramatic north side of Spanstinden. It was a very warm morning, and the flies were out in force, so we were glad to get out of the trees to where there was some breeze on the open hillside. The route is well waymarked, though there isn't much of a path. A short steeper section next to a stream gave way to increasingly easier going as we gained height along the broad ridge. Near the top of Hornaksla (928m) there is a fenced off area in some disrepair: we guessed it might be for gathering reindeer. Beyond the top the ridge dips slightly, before climbing again and becoming better defined before a final steeper, but still straightforward, section leading to the summit. 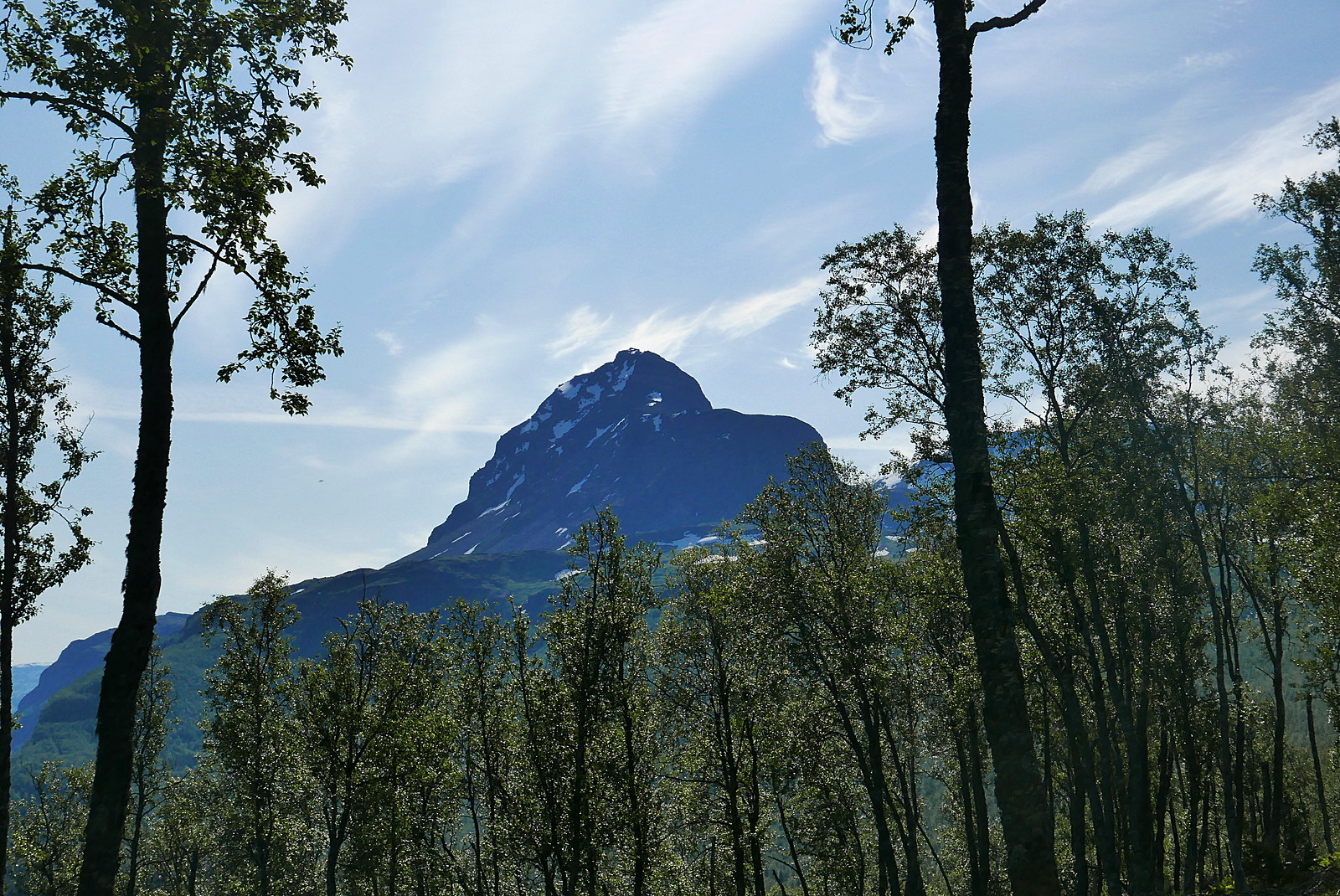 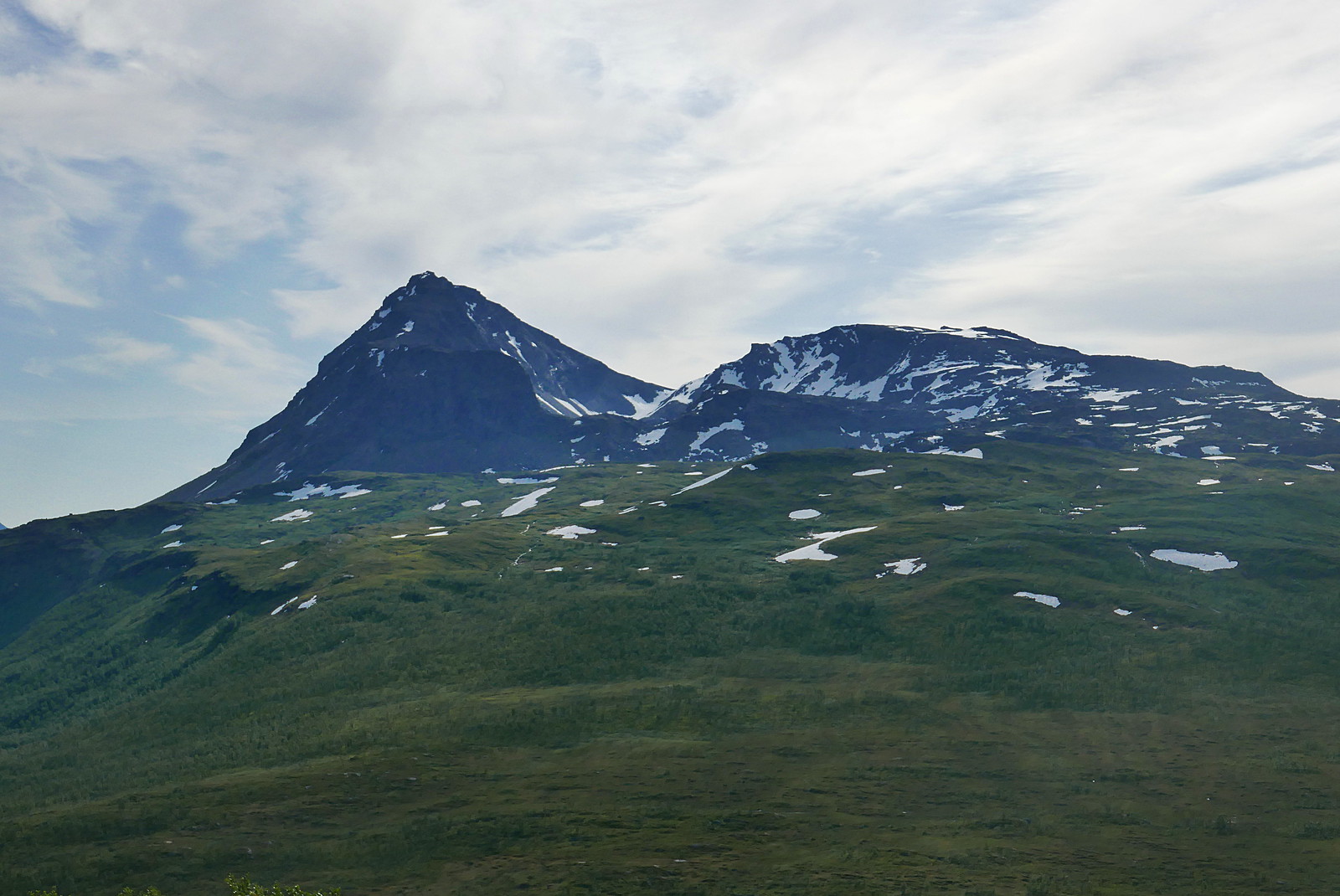 ..and again from just above the cabin. 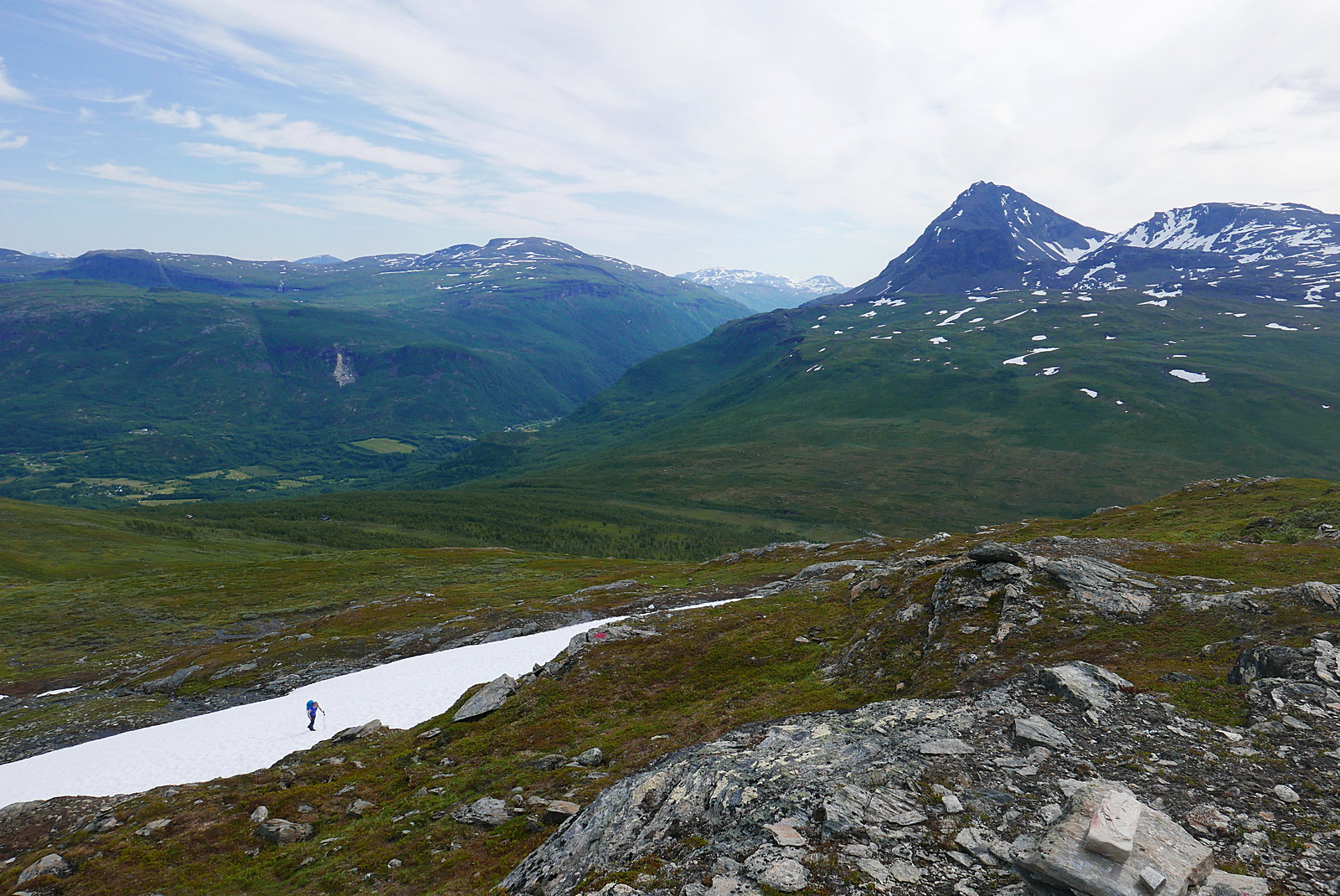 Above the steeper section on Hornaksla 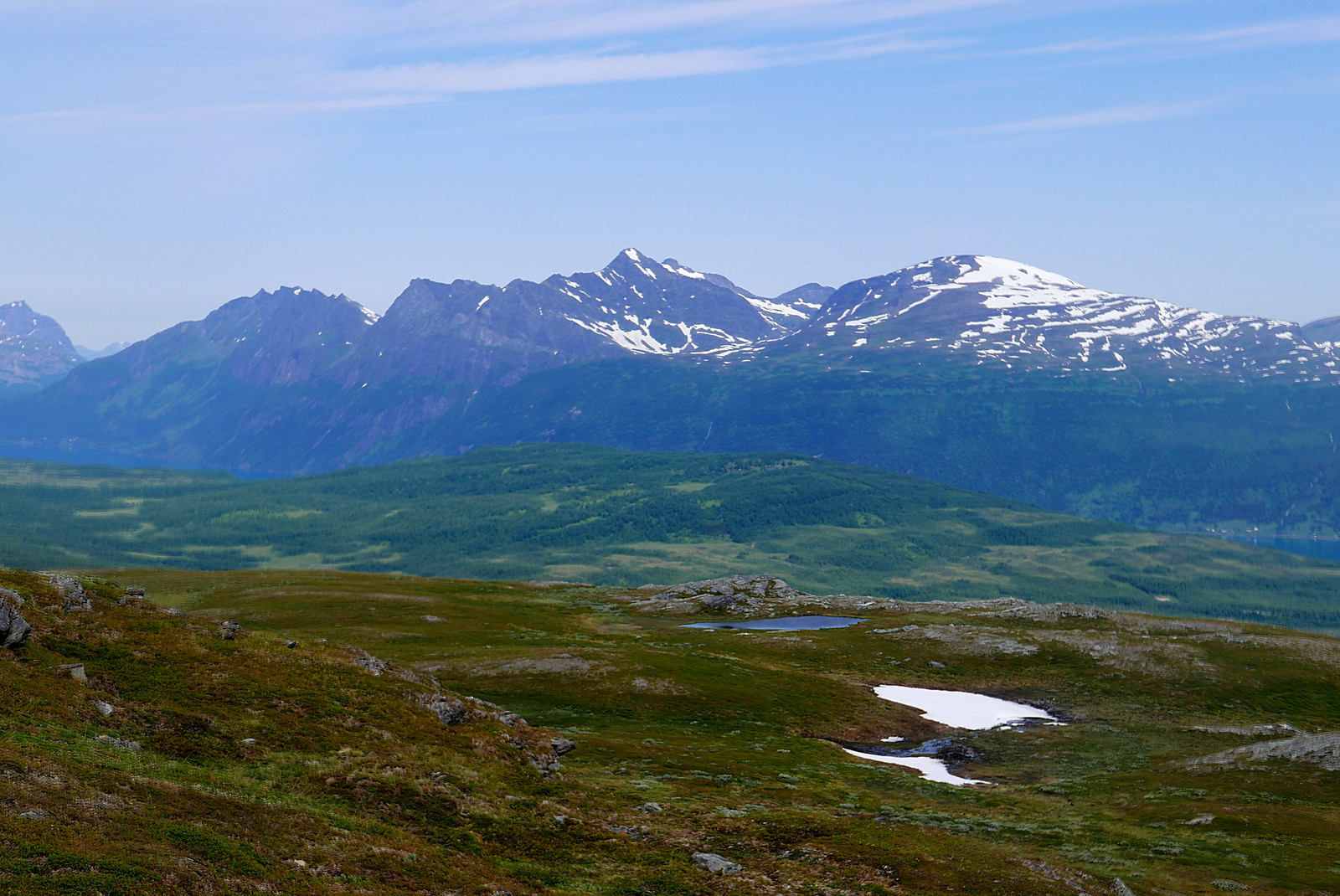 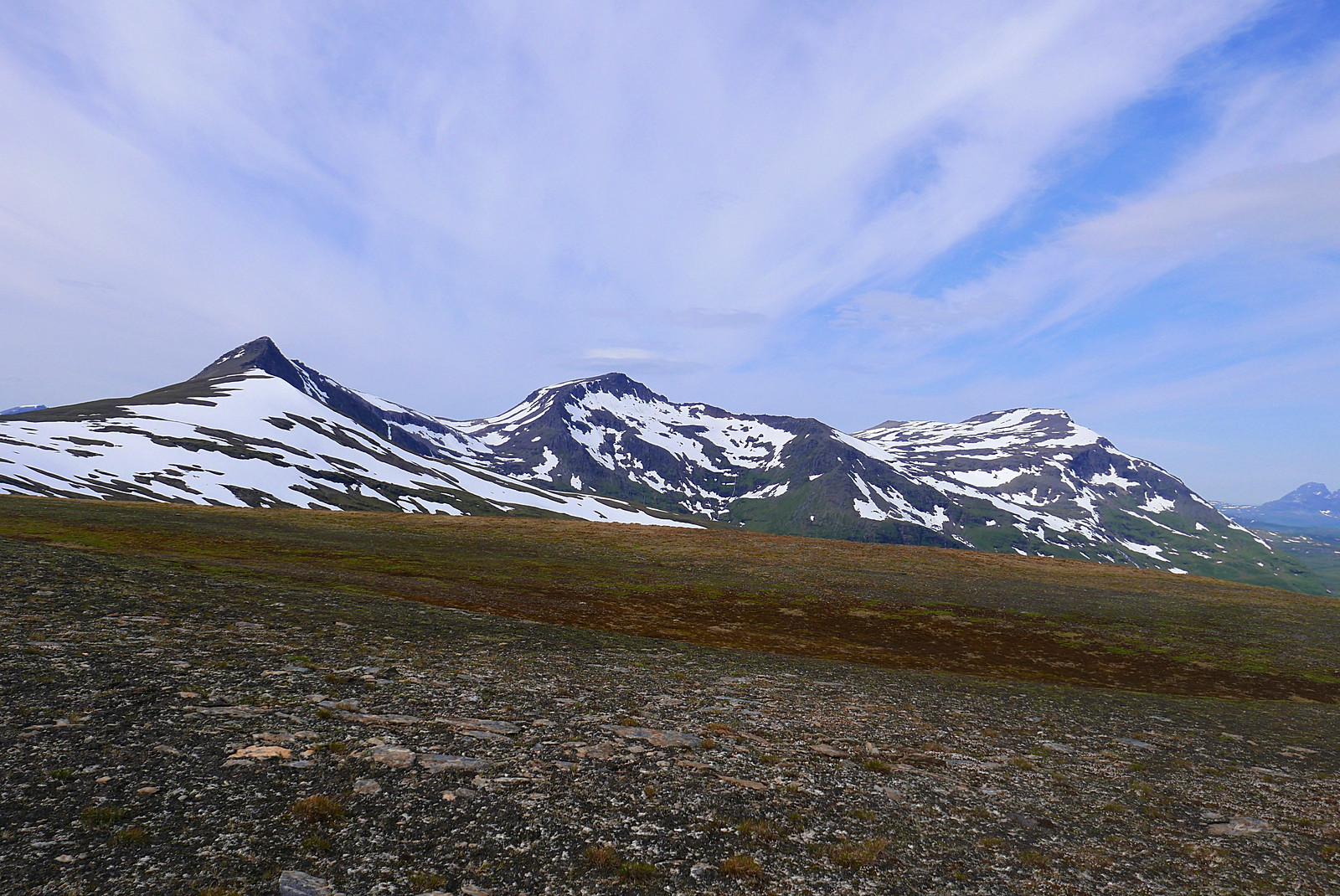 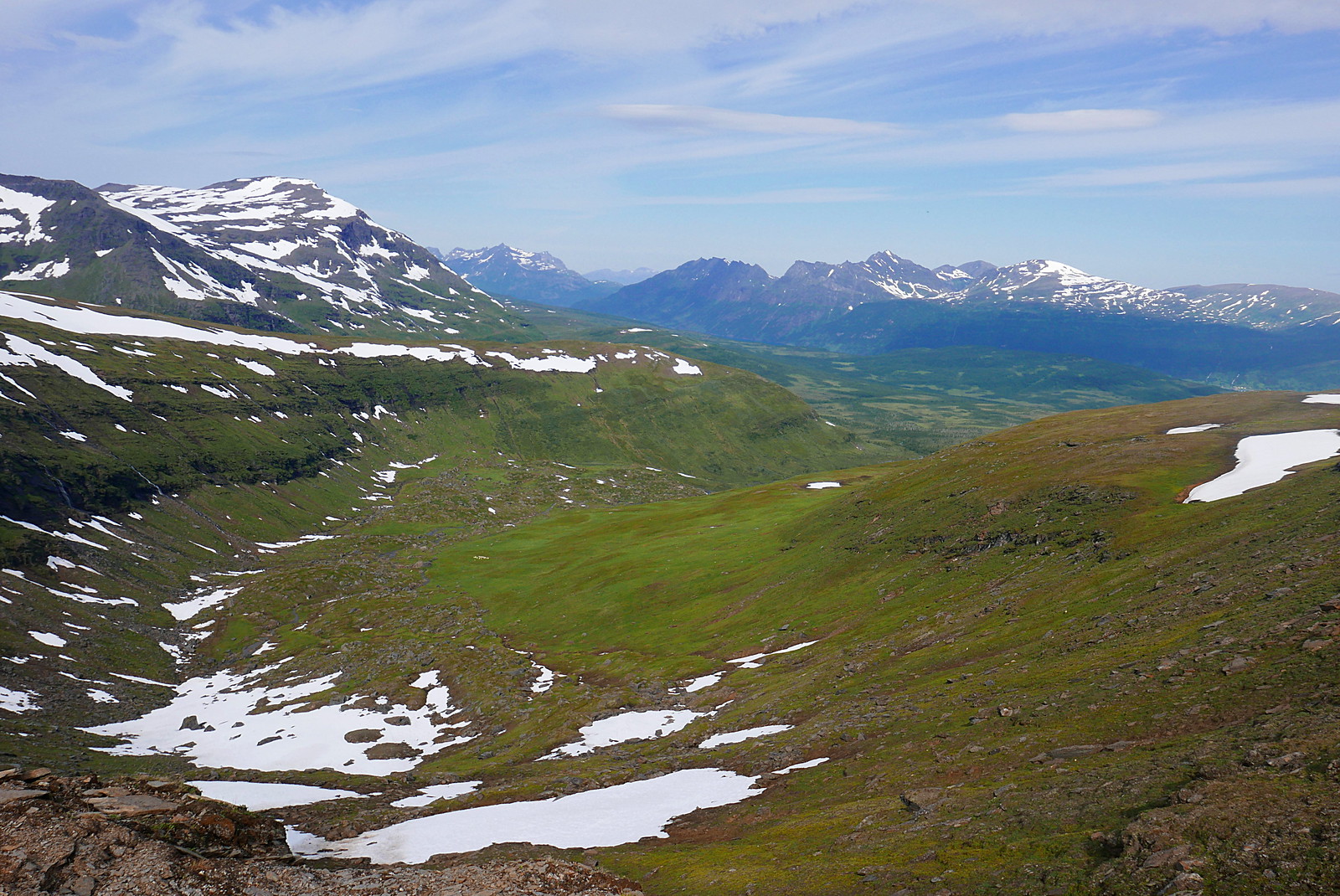 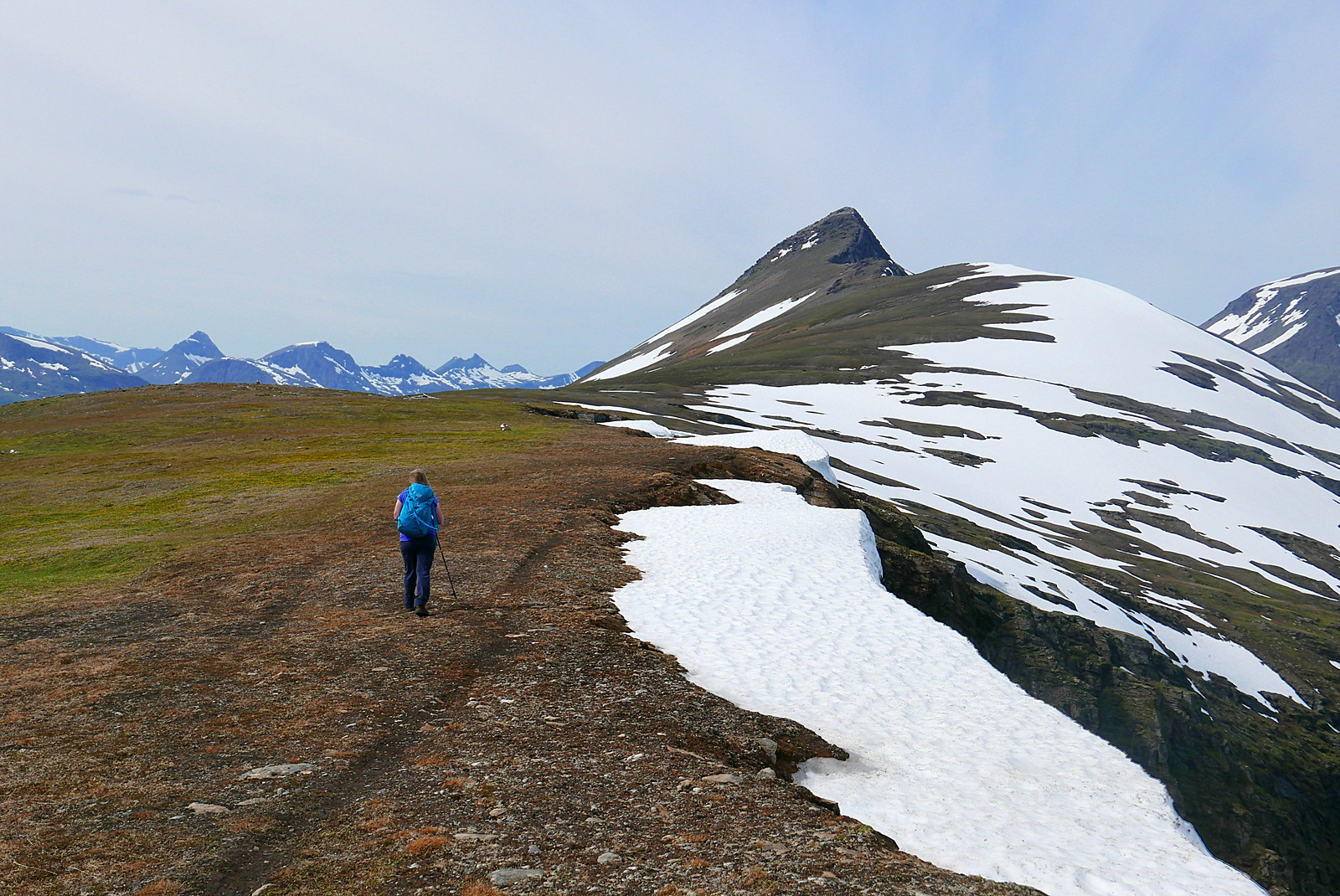 At the dip in the ridge 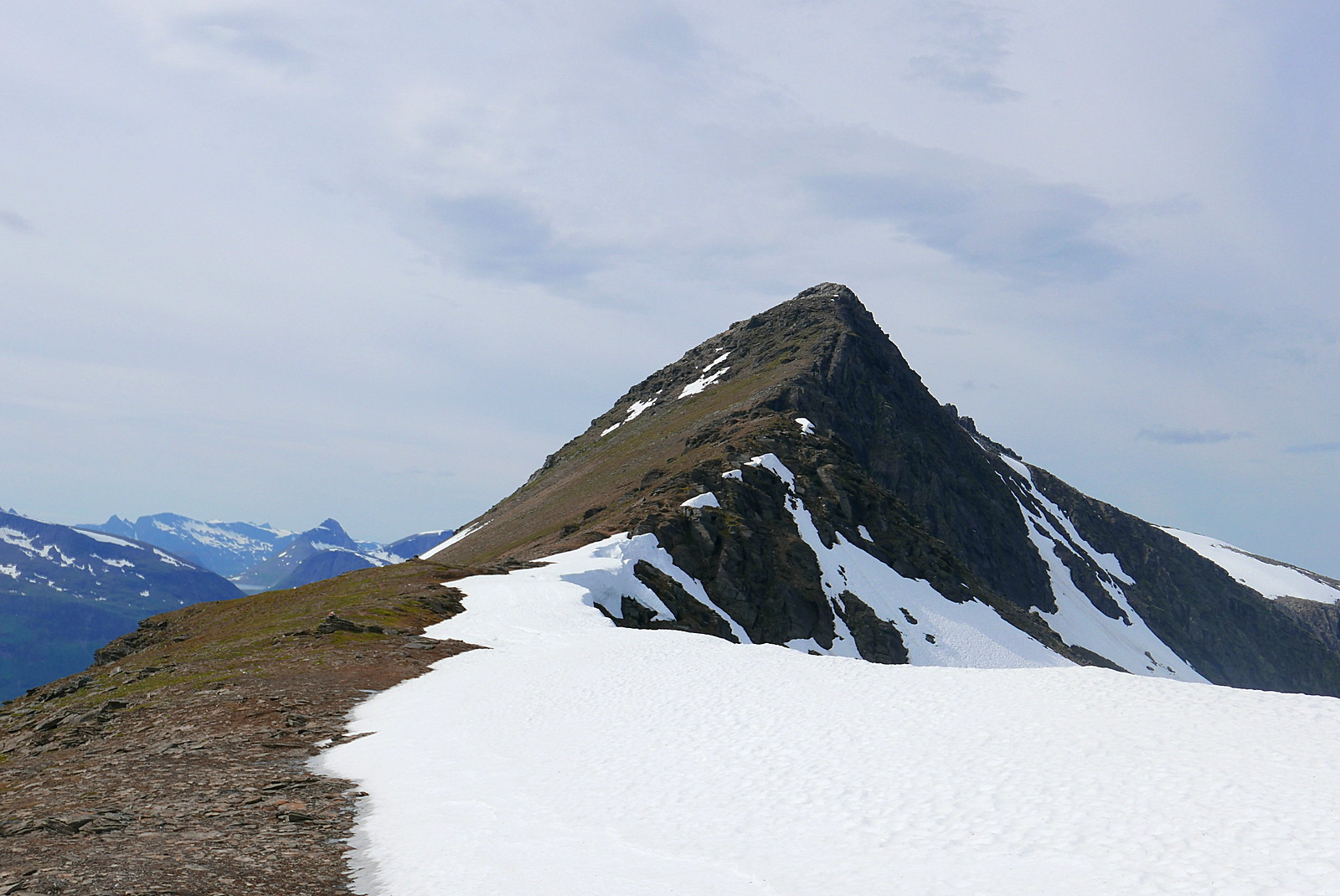 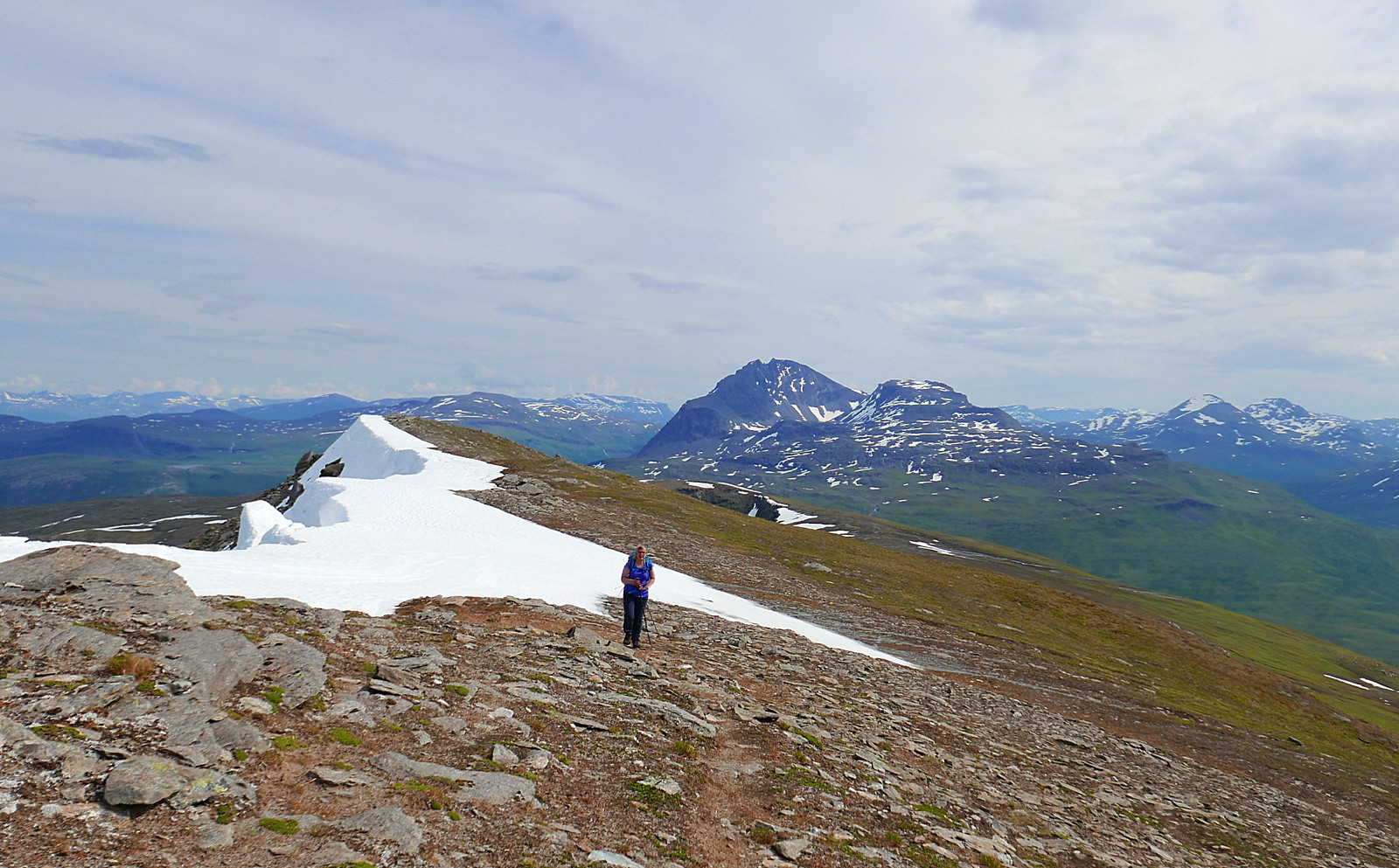 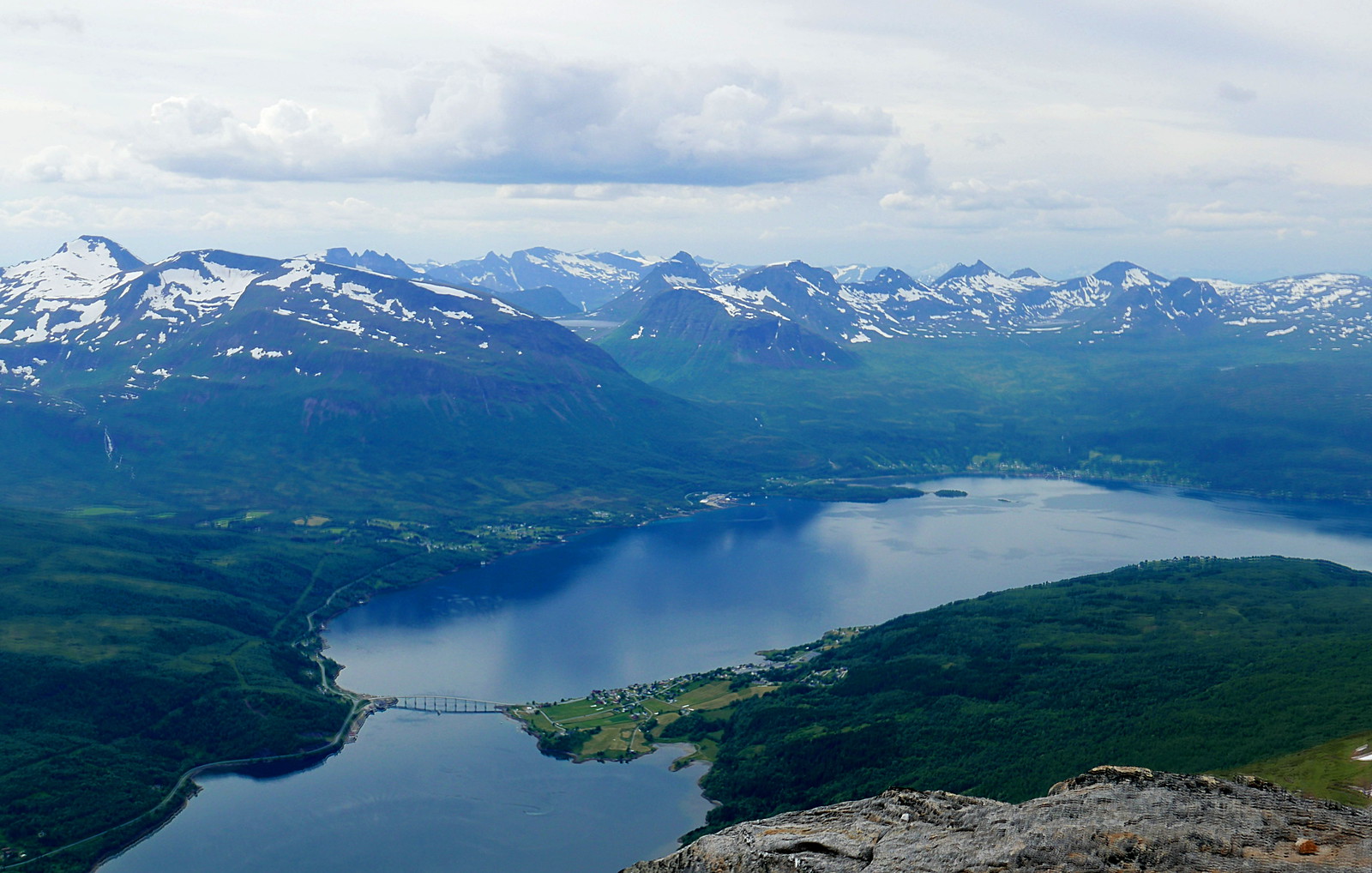 Gratangen fjord from the summit