Skavneskollen (1196m) is a straightforward mountain with good views and a nice approach through birch forest and a high corrie. The route starts near the end of the dead end road to Gamvik. There is a well marked path which initially zig-zags steeply up the side of the fjord, through pine trees and meadows. Mysteriously, there were several pairs of abandoned welly boots alongside the path, which soon eases off in angle (we were glad of this, as it was very warm and humid), and winds its way through the birch woods past a series of lovely waterfalls on the Gamvikelva river.

We had contemplated crossing this to make a circular route on the mountain, but the quantity of water in it dissuaded us fairly rapidly! The path leads to a cabin near the edge of the woods, where we caught up with a group of Russians. These turned out to be the owners of the welly boots, and despite a lack of much common language, we figured out they were on a multi-activity holiday, and today was hiking day, though they appeared not to have a guide with them! Beyond the hut, the river does a remarkable Z-bend through a deep gorge, and then the terrain opens out into a wide corrie with a couple of lakes. The path became sketchier here, but the route is well waymarked, and eventually climbs the back of the corrie to reach a wide col at just under 800m.

The way to the summit was now up a broad ridge that became increasingly stony, but it was possible to use snow patches and flat slabs to avoid too much boulder hopping. The summit is broad and rounded with a large cairn and extensive views. We went back down the same way, but it would be easy enough to add Rundkollen for a longer trip. 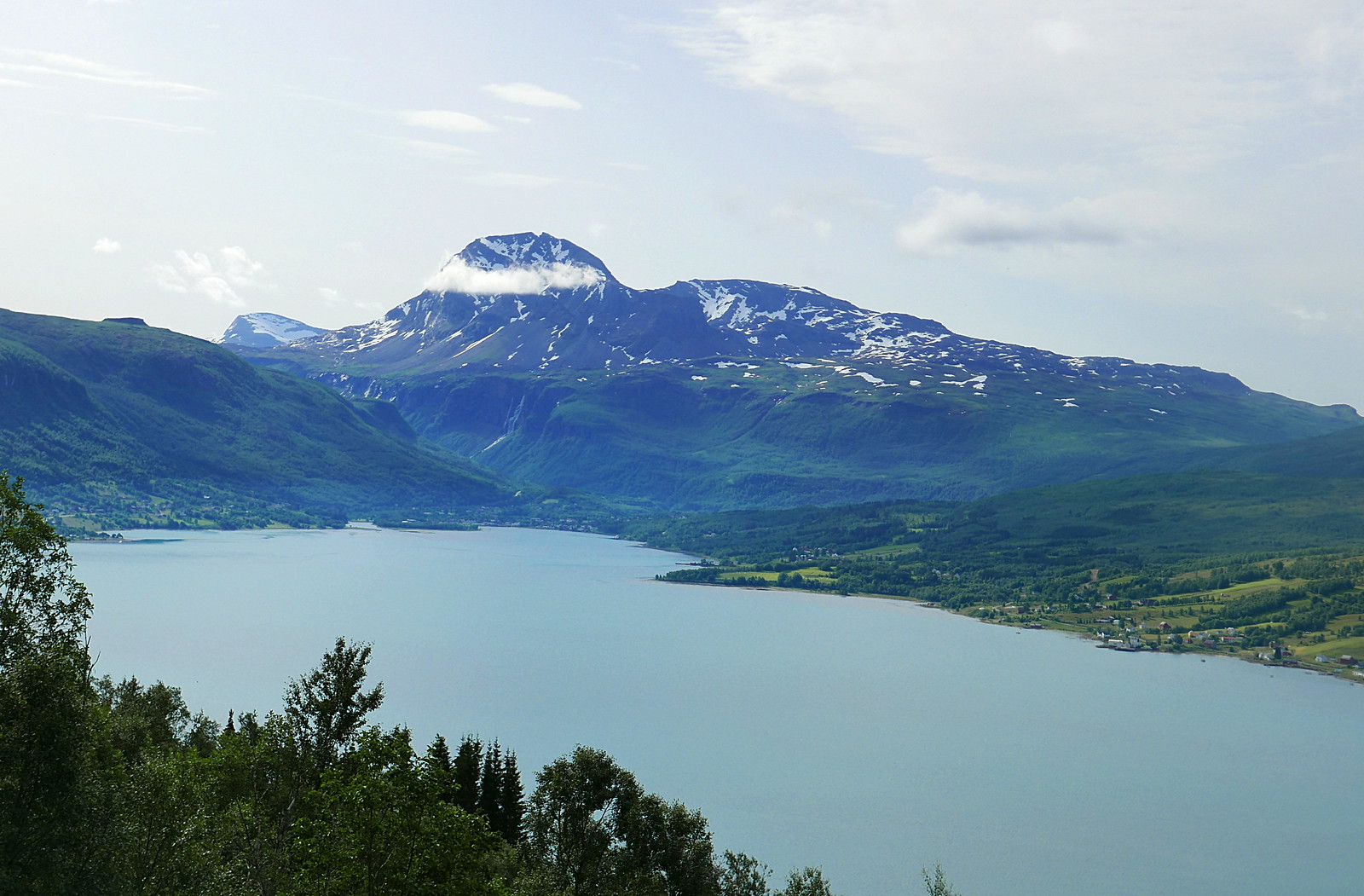 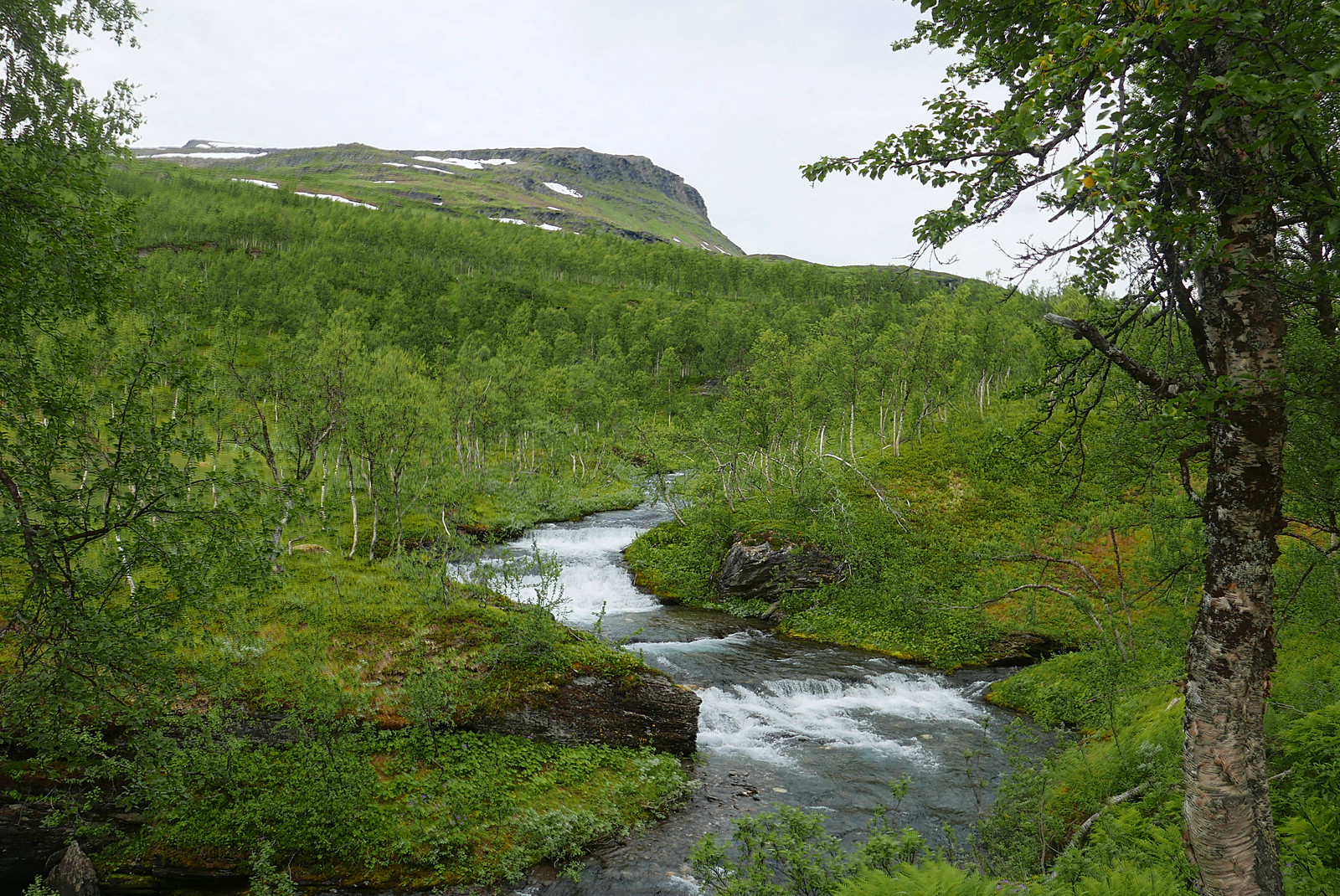 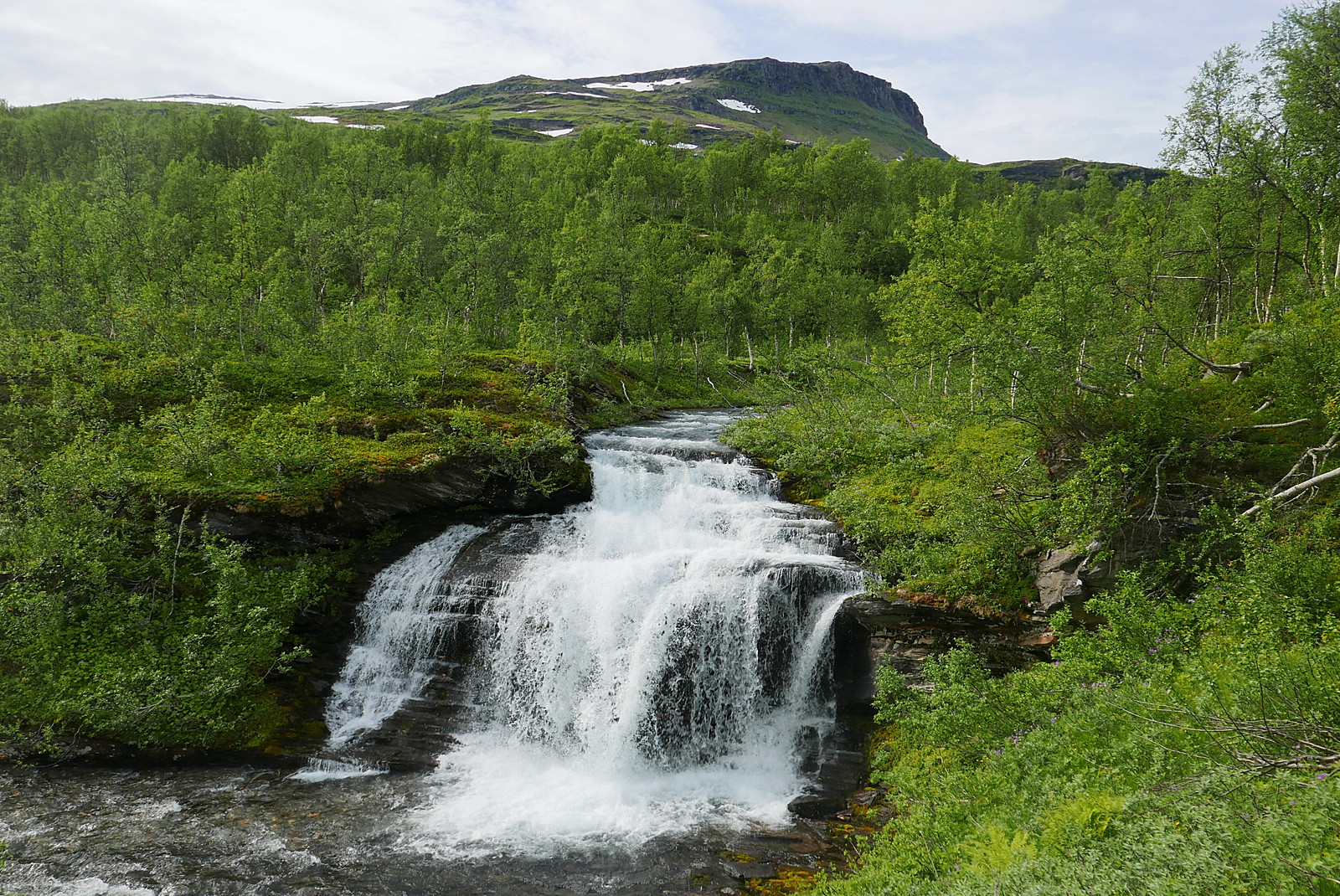 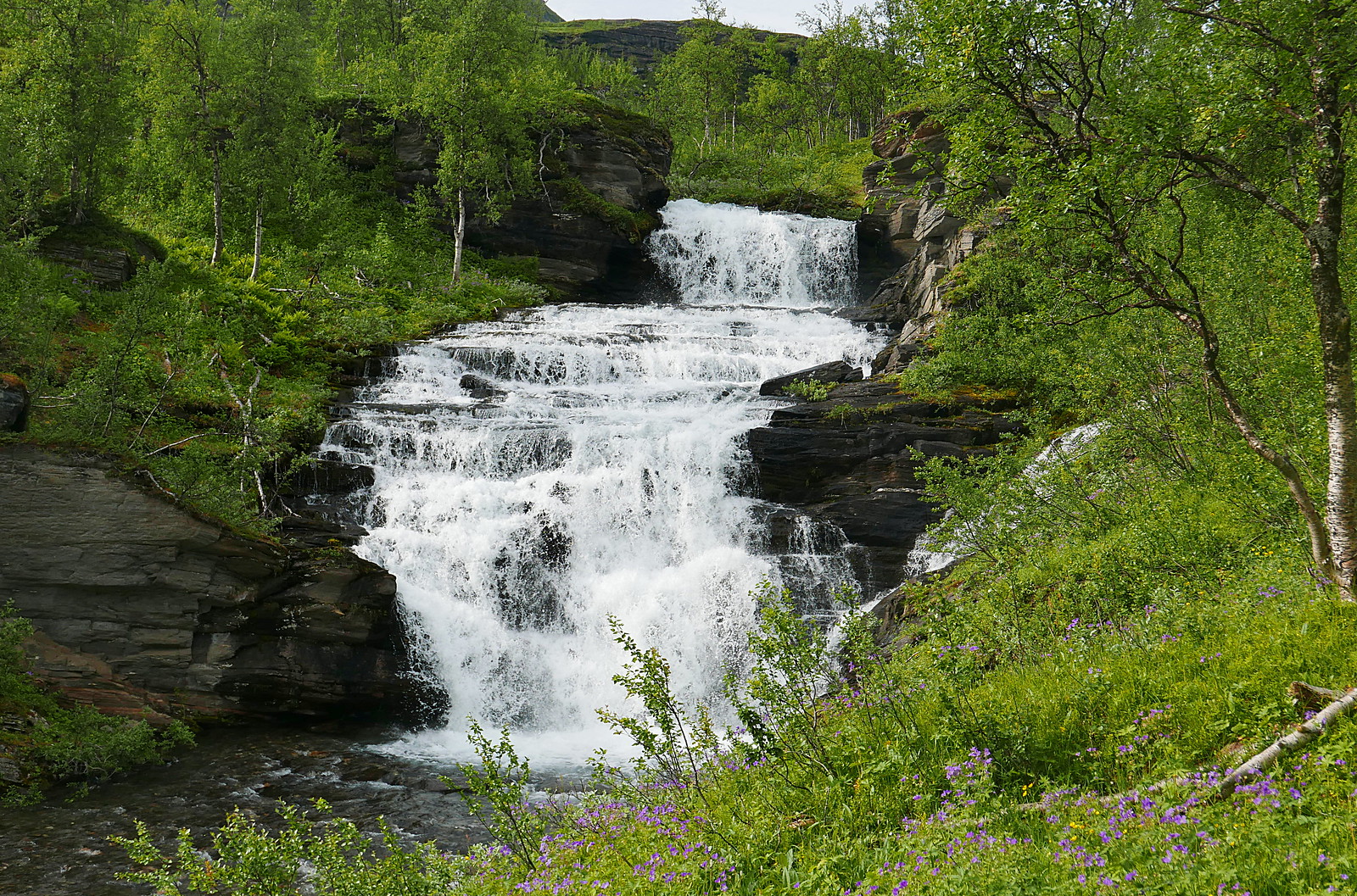 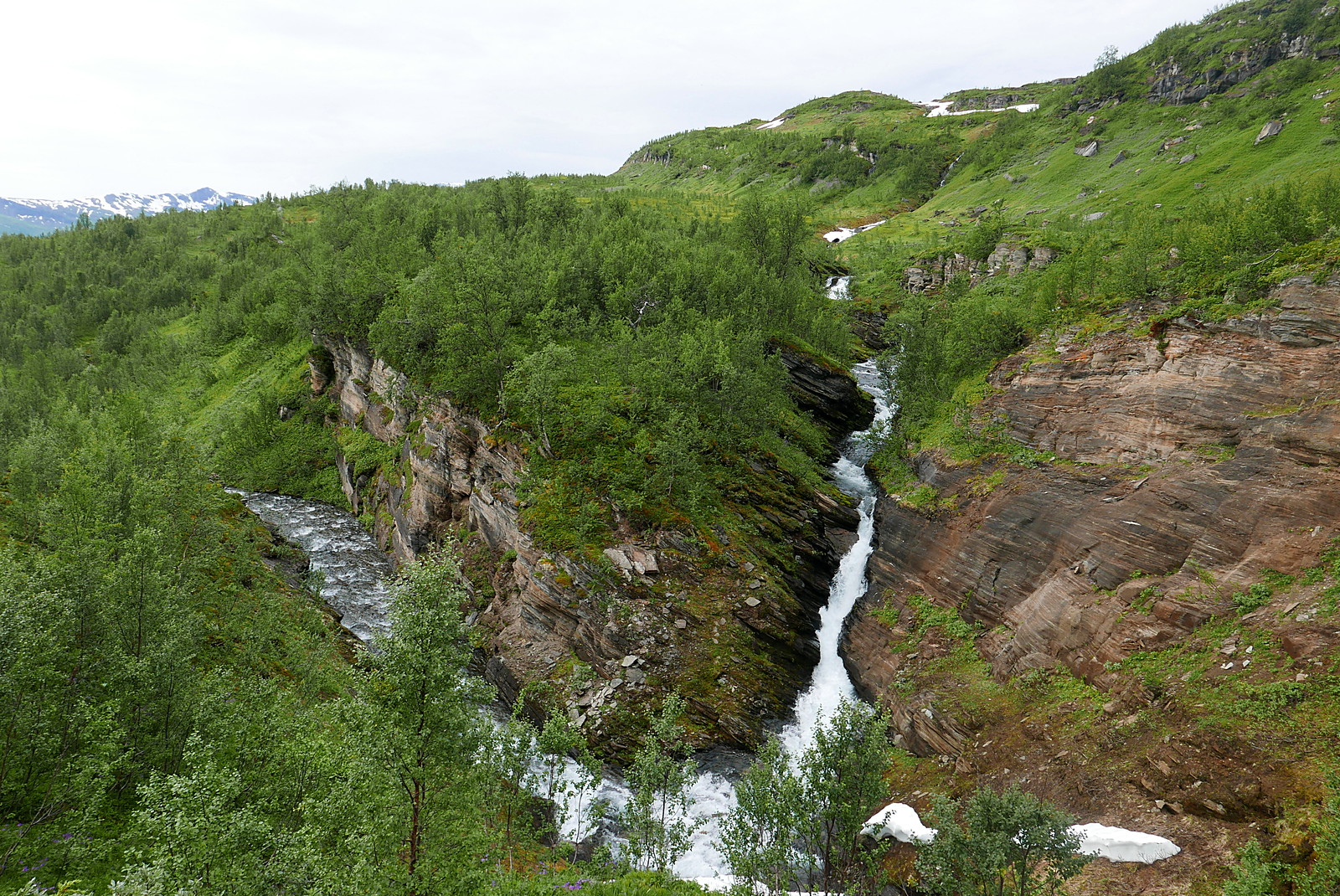 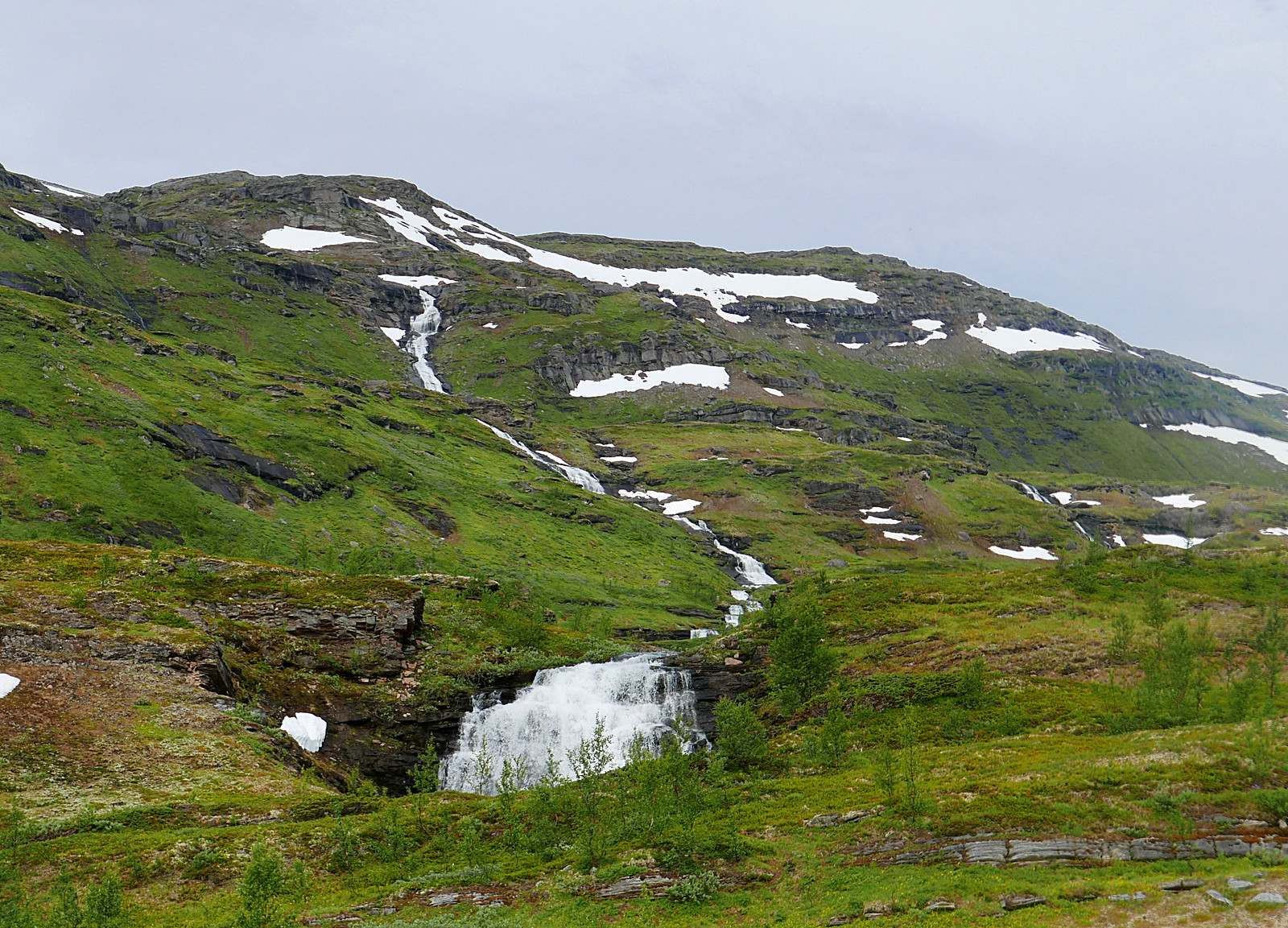 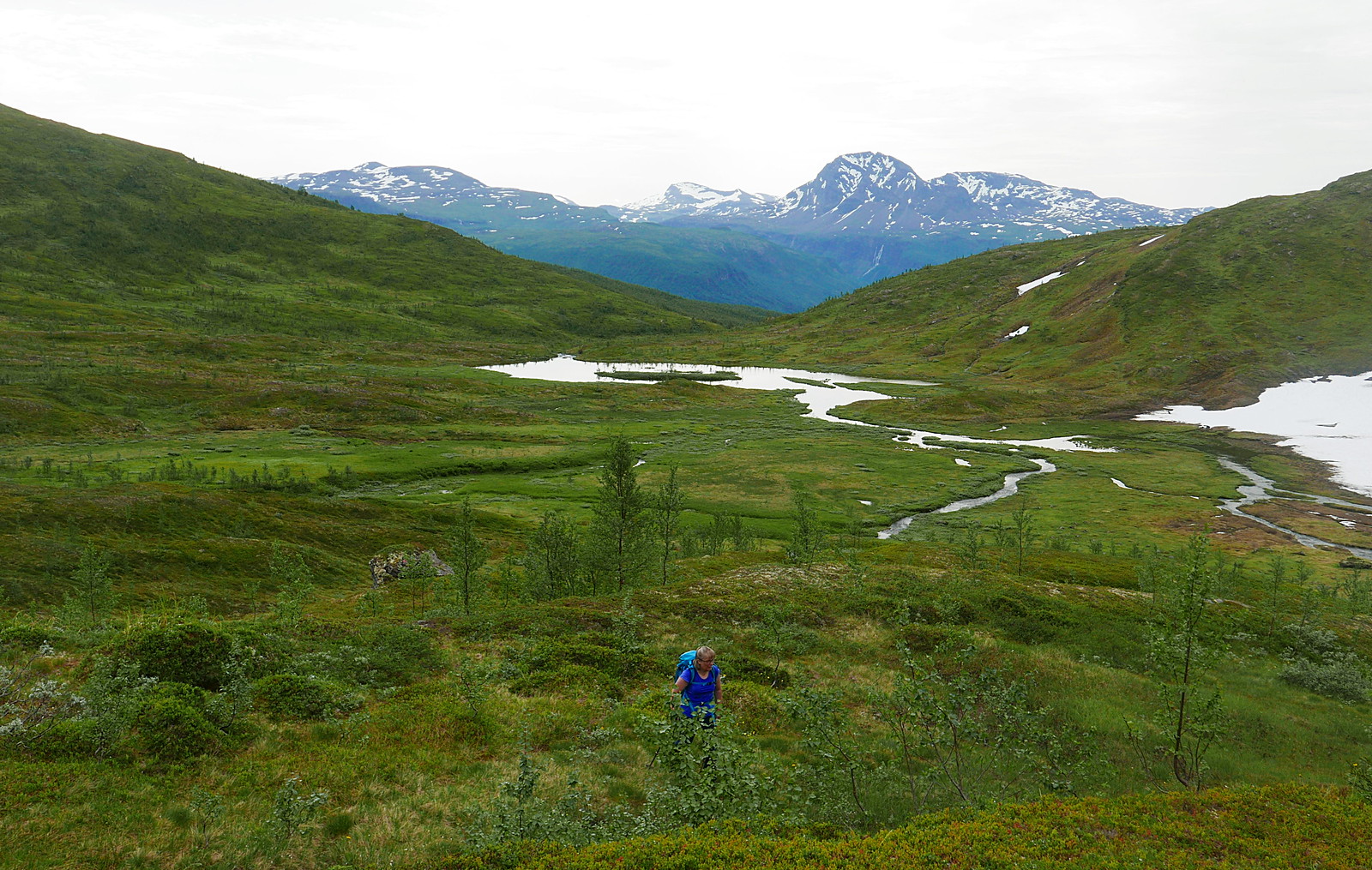 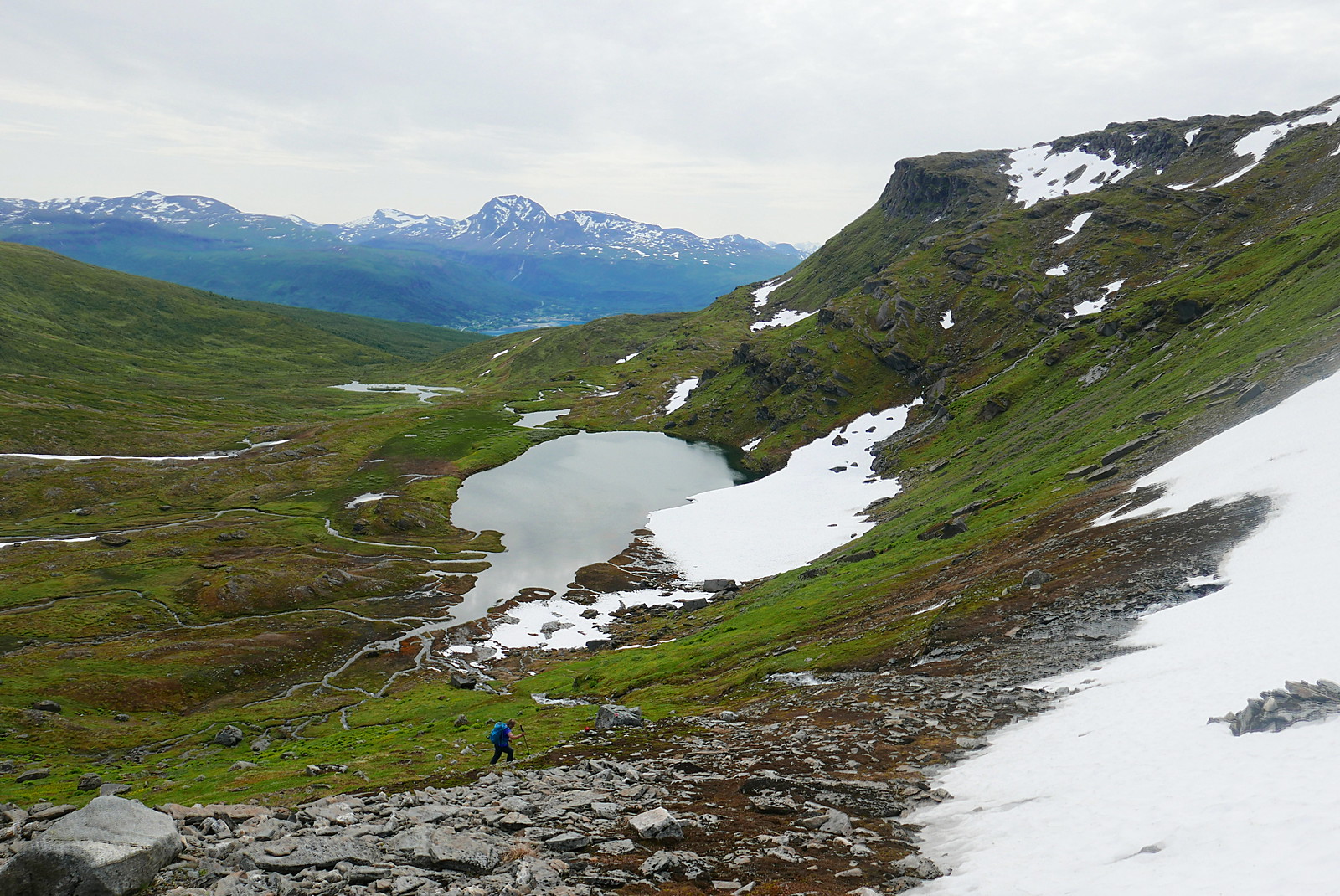 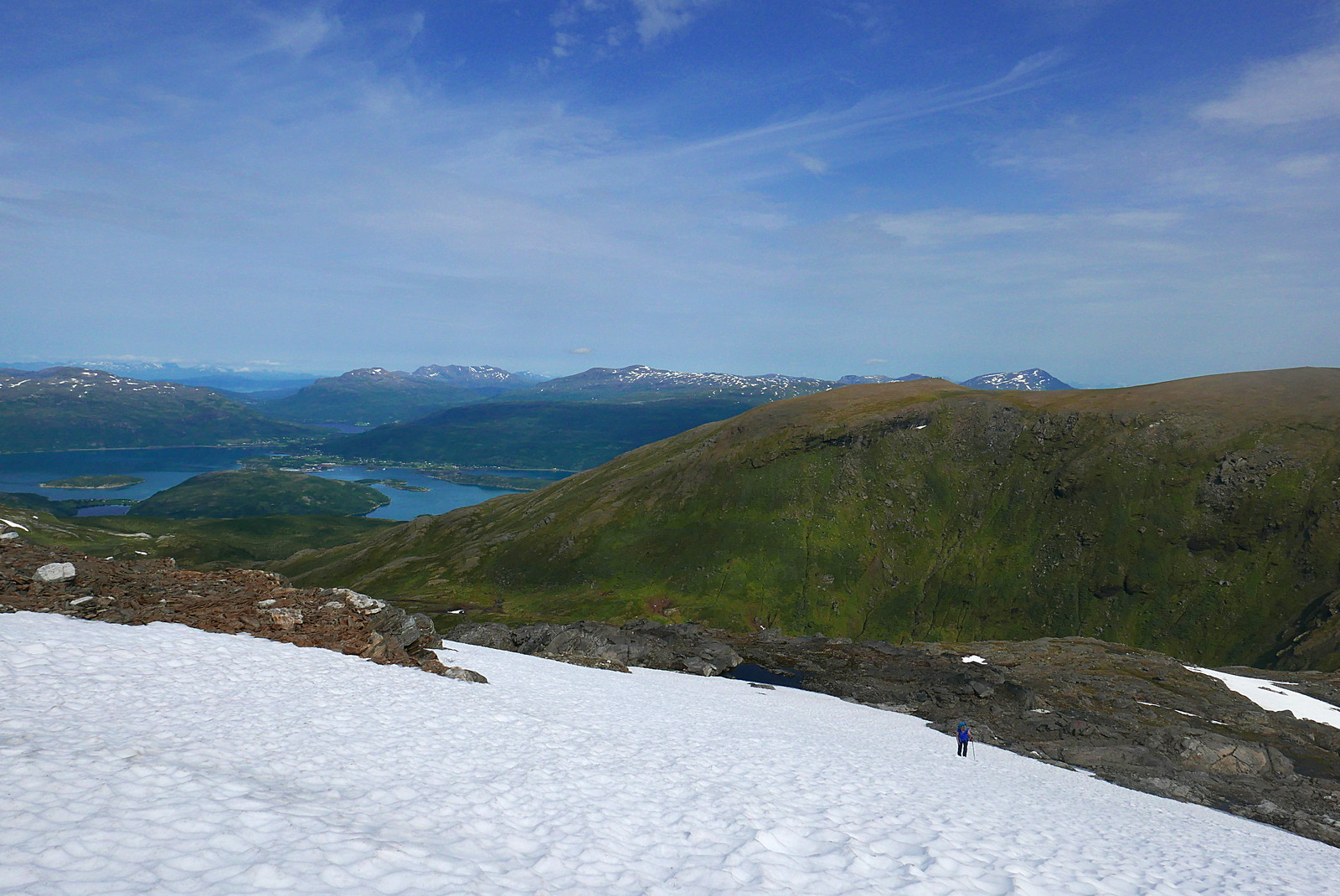 Crossing a snow patch above the col 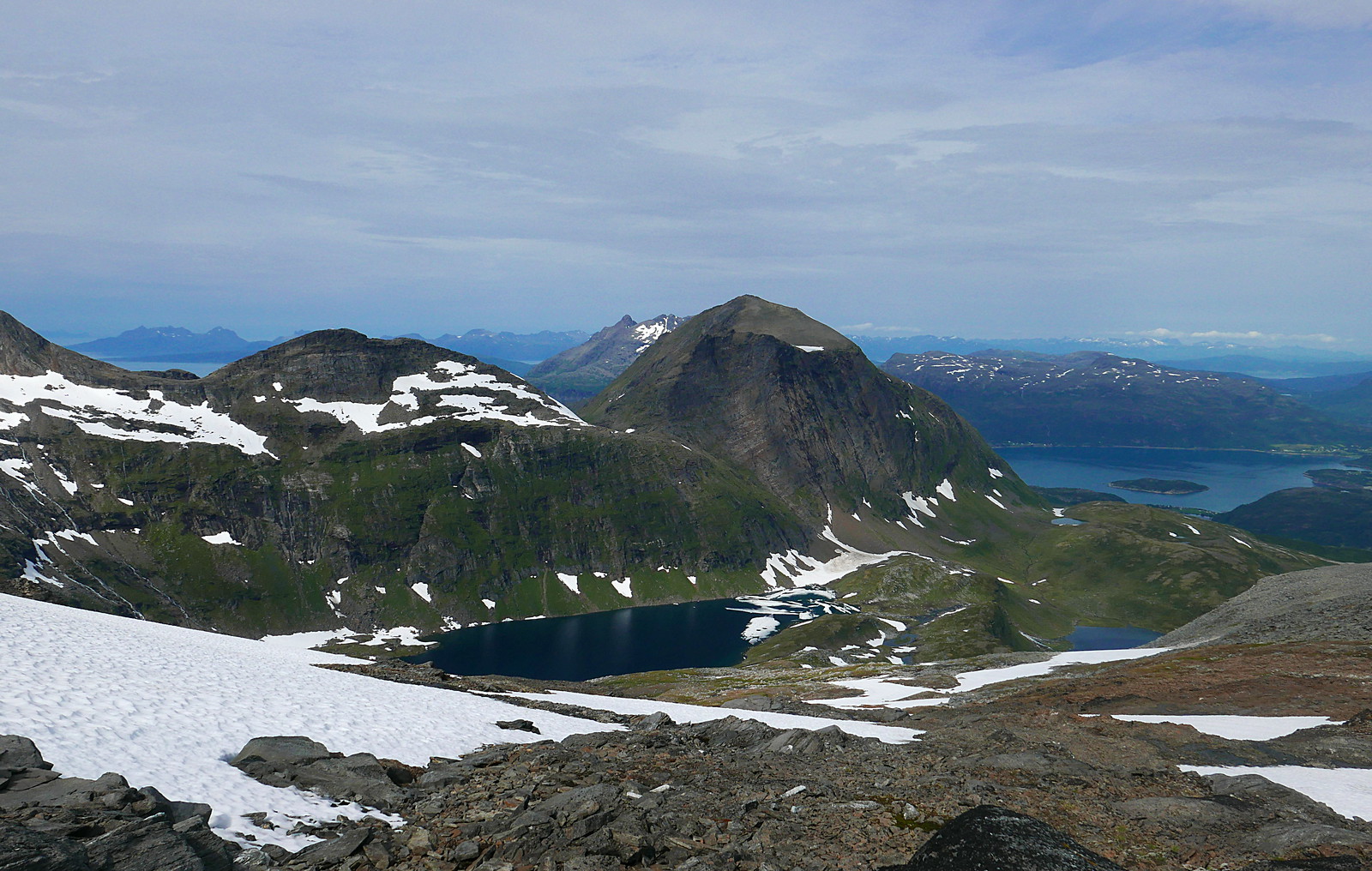 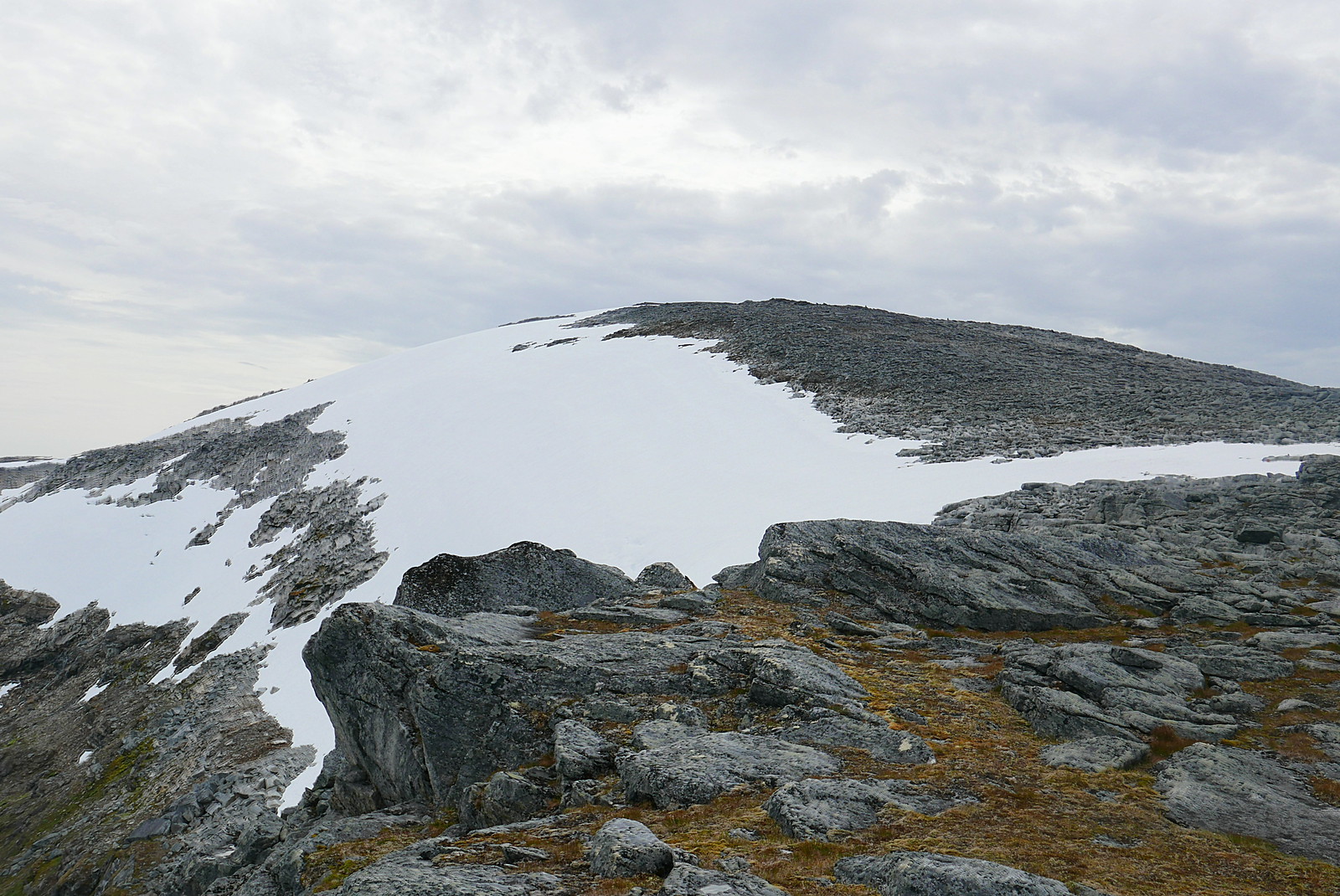 Stony ridge to the summit 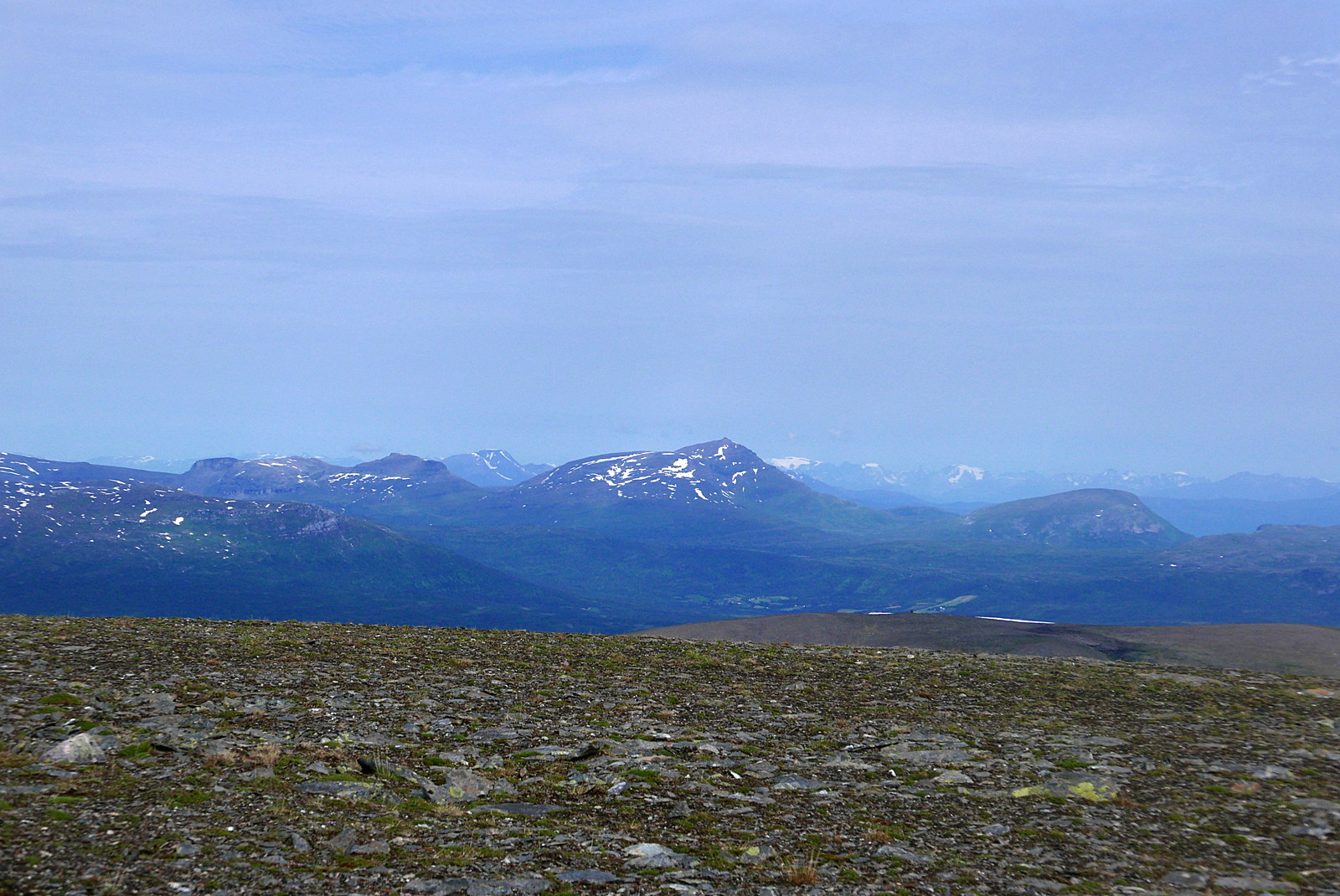 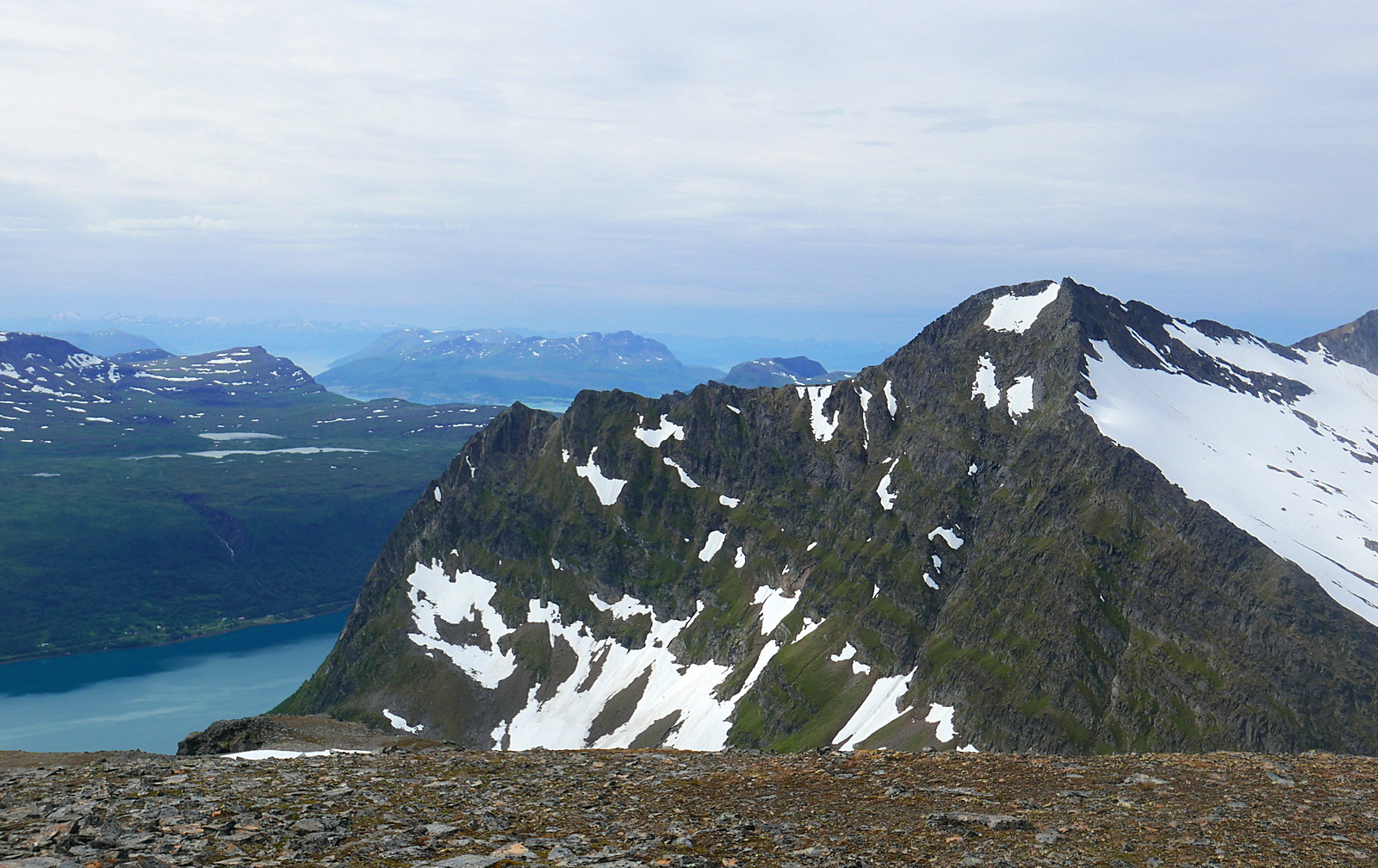