During the summers I tend to work offshore on survey and construction vessels, mostly in the North Sea. However every so often we get to go somewhere quite interesting. One trip this summer we were sent to Hammerfest in the very north of Norway. Luckily we also were to have a couple of days alongside which meant that I would have a chance to go out and explore the local area.

A little background, Hammerfest is VERY far north, it is well within the arctic circle which starts at about 66deg N, Hammerfest is about 72deg North. This means that during the summer months it is light well into the night, some days the sun doesn't set at all, sadly we were a couple of weeks too late to see the midnight sun. However the sun barely dipped below the horizon during the night.

The local hill in Hammerfest has a huge concrete tower on it which is used for different communications, and television ariels as far as I could see. Hammerfest town is pretty much situated at the bottom of this hill, the hills name? The Theif.
So called as coming to the end of the dark months in the winter, when the sun does come back above the horizon the town of Hammerfest is still cast in shadow due to this hill "stealing" the sunlight from them, so even though there is a small sliver of light in the sky, the town is still in darkness.

I left the ship at about 7pm after dinner, and set off out to explore the town and the local area a little, I kind of half had it in my mind that I would like to go up to the top of the highest hill in the area, and set off in that direction, although I wasn't sure that there would be enough daylight left by the time I would get to the top. However off I trotted in my slipper like trainers.

Walking through the town in the general direction of "that big hill over there" I passed several reindeer just walking down the road. Including this family. I then made it to the edge of the town where there is a deer fence, to keep the reindeer out of the town.... And a notice board with some information about the area I was about to enter with a handy map. 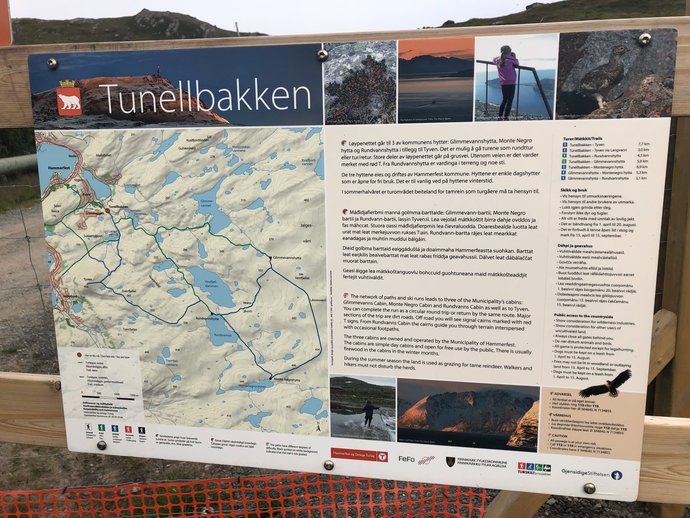 I could see that the paths were well made and that it really wasnt that far up to the top of the hill. So off I set. 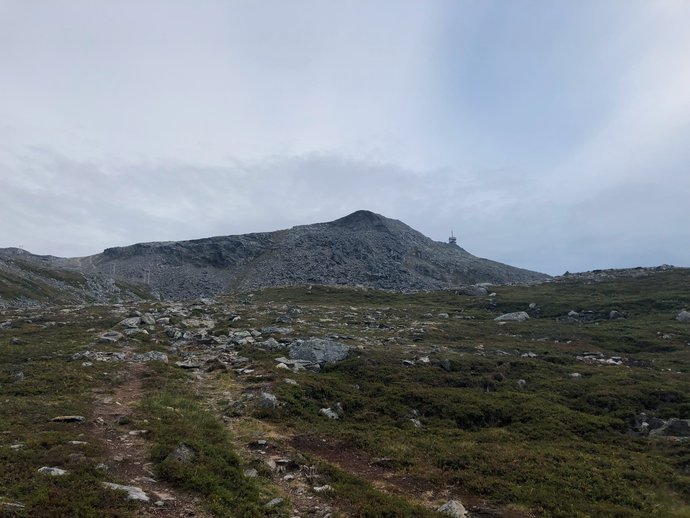 That big hill over there Looking back the way I had come whist taking a breather. 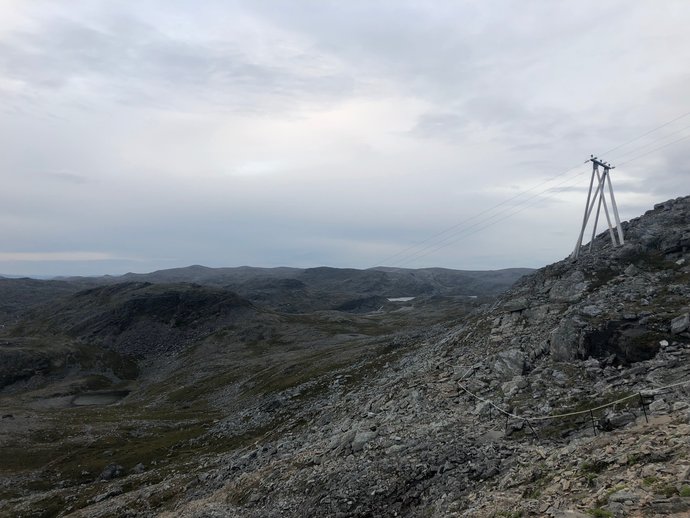 Looking at the path I should have taken 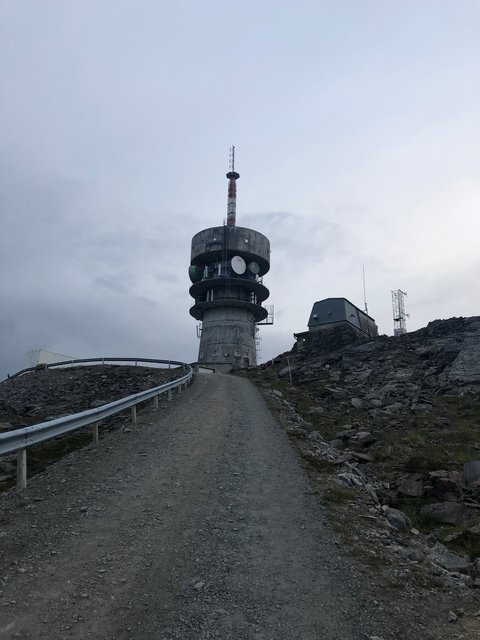 Views from the top, this was at about 10pm Looking over the town of Hammerfest, again about 10pm. 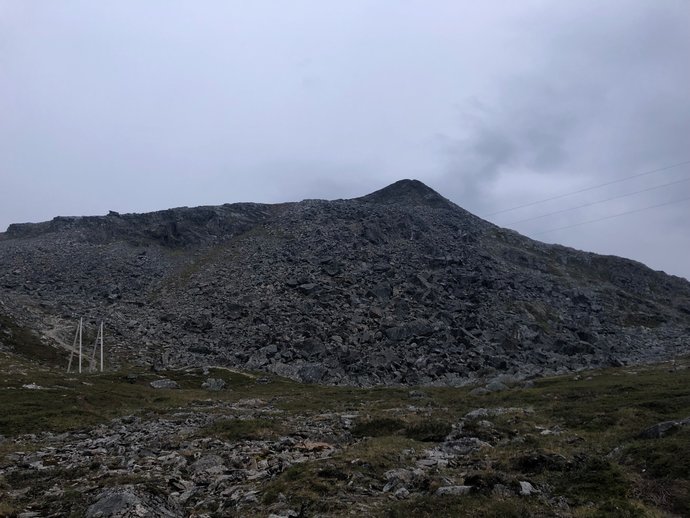 Looking back at where I had just been 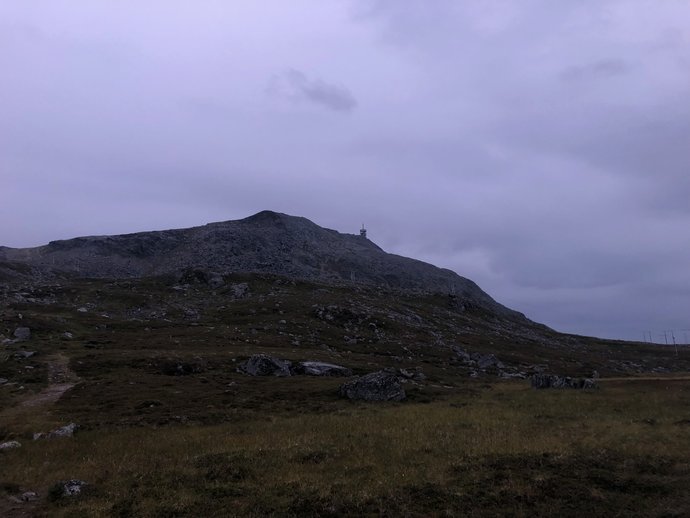 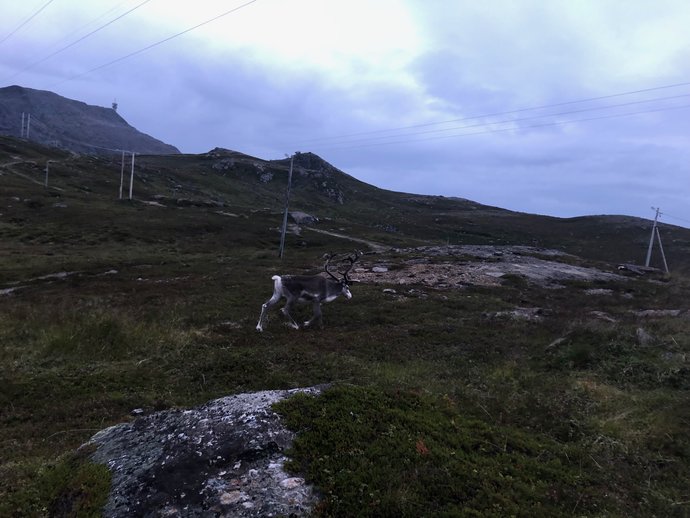 Another reindeer close encounter on the way home. 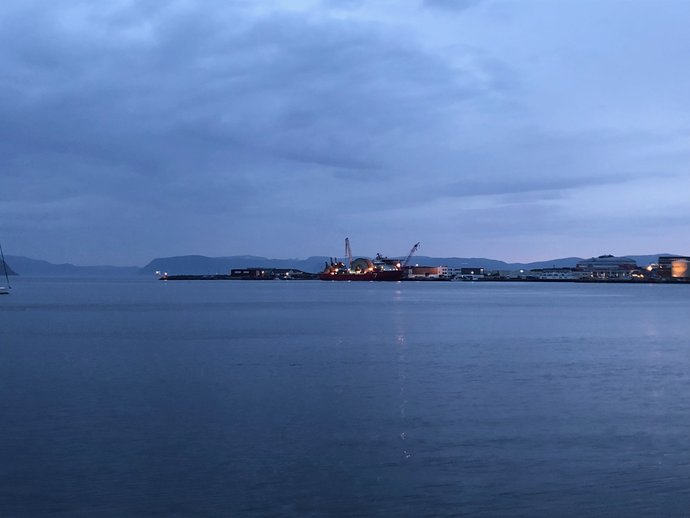 I arrived back at the ship at about 1130pm, just before shift change. I had some pretty epic blisters that I had to get the medic to look at as one had burst and some of the hill had managed to get under the skin.

God that was painful. And that my friends is why we wear the thick socks and the well made boots, not a knackered old pair of trainers.

Most of my shipmates didnt believe I had been up there until I showed them the pics and the unflattering selfies I took at the top.

Overall a good leg stretcher after being cooped up onboard for a few weeks.

Very much enjoyed that - great photos and it took me back to my camping trip to northern Norway, including a two night stay in Hammerfest - some very familiar scenes including the reindeer walking along the road!

HalfManHalfTitanium wrote:Very much enjoyed that - great photos and it took me back to my camping trip to northern Norway, including a two night stay in Hammerfest - some very familiar scenes including the reindeer walking along the road!

It’s a fantastic country. I have seen a lot of the airports and ports but it’s rare to get enough time alongside to get out walking like that though.

I would highly recommend anyone to go on holiday to Norway. Especially if you enjoy outdoor pursuits.

Norway's been on the bucket list for years, being seeing these pics REALLY makes me want to go now!

That is properly North! It is the most northerly proper town in the world, I believe. The lack of trees reinforces this!

I'd love to get that far up, Norway is amazing. I've been above the Arctic Circle, but that was still 300 miles short of Hammerfest! Always nice to get a sneaky exploration in when working in interesting places, I try to make a point of it.