A trek in the Indian Himalayas

In 1999, aged 19, I spent five weeks travelling around India. During that trip I saw the beautiful rural landscapes of Karnataka and Kerala, the hustle and bustle of Mumbai, the magnificent Ellora caves, as well as the famous sights of Rajasthan, Agra and Delhi. But I did not see anything of India’s great mountains. This was more than a decade before I started to really appreciate hill walking and mountaineering and for whatever reason, in 1999, the Himalayas held no allure for me. At the time, the urban environment thrilled me much more, as you will see from photos of that trip: https://www.flickr.com/photos/sbk21/albums/72157627886434593.

Earlier this year, 20 years on from my first visit, I made my way back to India. The main purpose of this trip was to reconnect with a friend in Delhi whom I first met in ’99 and with whom I have maintained a regular correspondence in the years since. After arrival I spent a couple of days at her home in Delhi, overcoming jet lag and enjoying generous hospitality. I was joined by a friend and former colleague from London. We had booked flights onwards to Manali where we would join a week long trek to the base of Mount Deo Tibba (6001m) in the Pir Panjal range in Himachal Pradesh.

A very early morning flight took us from Delhi to Manali in a little over an hour. Although the flight was expensive it was surely more comfortable than the alternative - a fourteen and a half hour overnight bus journey from Delhi. We checked into accommodation booked for us by the trek organiser and rested. Later in the afternoon we met our guide Nawang as well as the three other trek participants.

On the first day we rode by jeep up to the trailhead near the village of Jagatsukh. We then walked for about 6 hours, steadily gaining height through forests up to our first camp, just above the tree line. I wasn’t carrying a GPS or altimeter with me on this trip and detailed mapping is unavailable - so I have no accurate record of each day’s walk. I estimate we gained about 700m in altitude on this first day and camped somewhere around the 3000m contour. During this first day’s walk a friendly dog started to follow us near the site of a temple. She continued to follow us for the rest of the trek and was a peaceful, well behaved companion throughout. 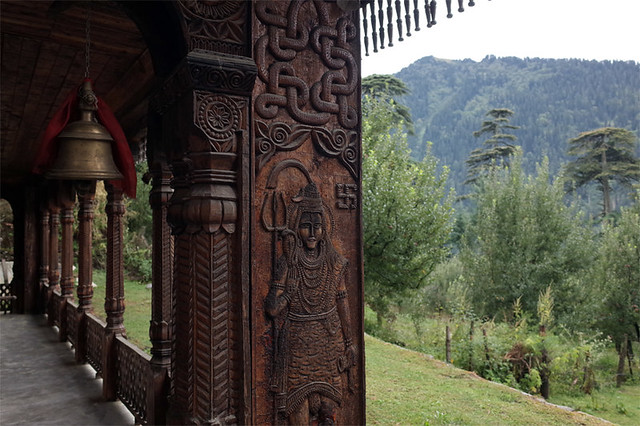 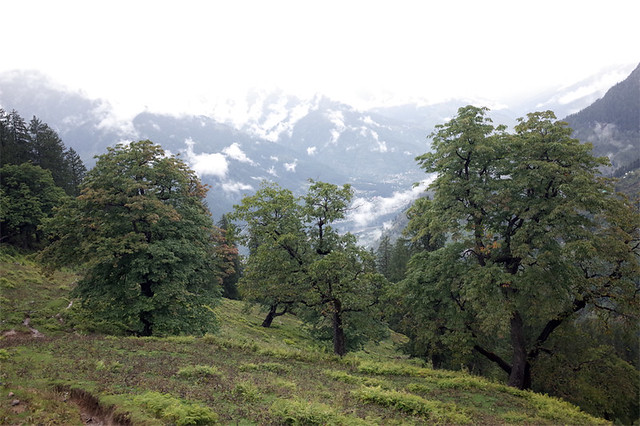 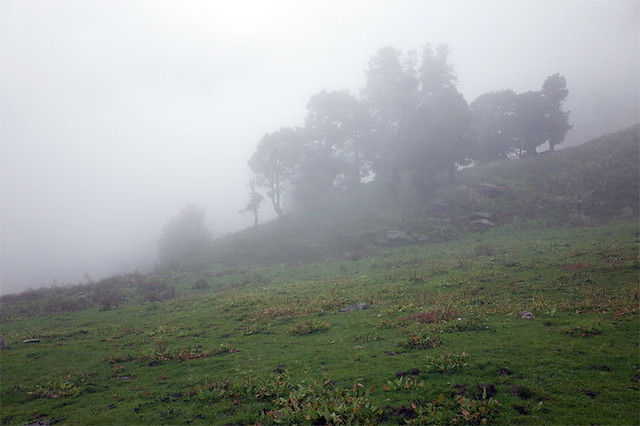 The team from White Magic Adventure run a very professional operation. The five trekkers were well attended by a team of two guides and two cooks, with a horseman leading several horses to carry our tents and food. Upon arrival at our first camp tents were erected for us and a latrine dug. Delicious vegetarian dinners and breakfasts were prepared and served in a separate dining tent. We were really in the lap of luxury. During the second day the weather remained mainly cloudy and we had yet to catch a glimpse of any of the larger nearby summits. They all remained hidden in cloud for the time being. That would change during the week but by and large conditions on the trek were not as clear or dry as one might expect for the time of year. We were told that this year the monsoon had started rather late and was ending late too, hence the damp, cloudy conditions during much of our trek. 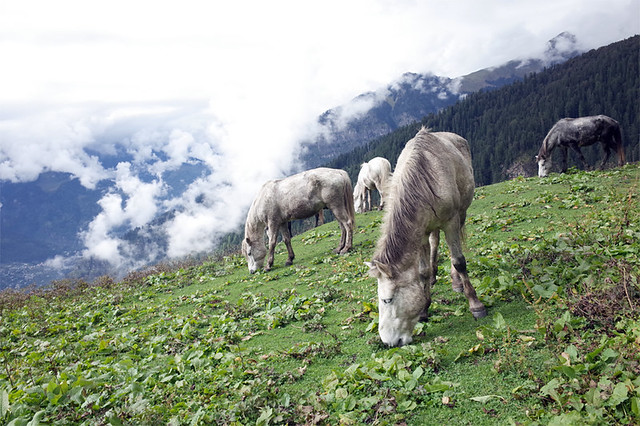 Our third day’s walk led us over gorgeous high alpine meadows to a campsite well above the 3500m contour. Weather conditions improved too and in clearing skies we caught our first glimpse of high, glaciated peaks reaching above the 5000m contour. This was to be our highest camp. Having crossed a glacier in Switzerland earlier in the year to gain a rocky summit of around 3400m, it was a surreal experience to be lying in a tent pitched on soft grass at a higher altitude! 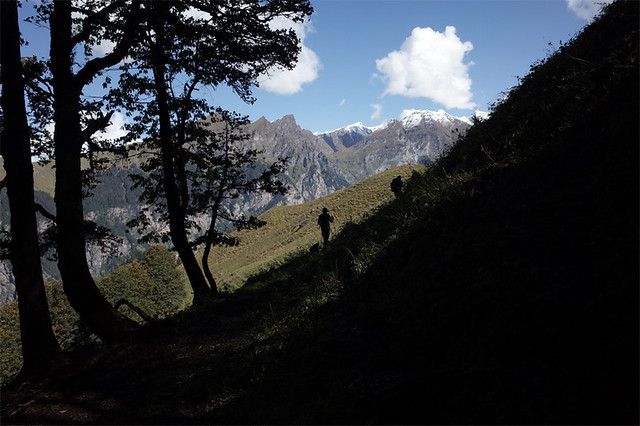 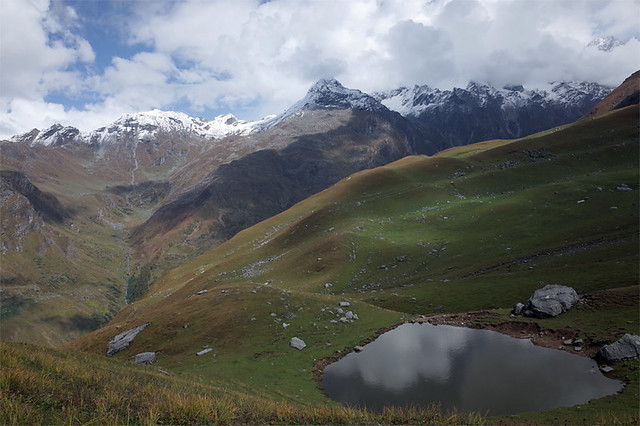 Camping spot higher than many a European summit!

On the morning of the fifth day we woke to a clear, icy dawn. In the very far distance I could see the snowy dome of a 6000m peak which Nawang explained remained unclimbed as it is a holy peak. Today’s walk was definitely a highlight of the trip. At first we gained some altitude towards a ridge line but then dropped down into another valley to the north. At the eastern end of this valley lay the west face of Deo Tibba. Although billed as the Deo Tibba base camp trek, our trek did not actually take us to the base camp of the normal climbing route (the mountain is typically climbed from the south east) but instead afforded us exciting views of the mountain from the west as well as its loftier neighbour, Indrasan. The pinnacled ridge of Indrasan looked pretty terrifying. Like the north ridge of the Weisshorn on steroids. 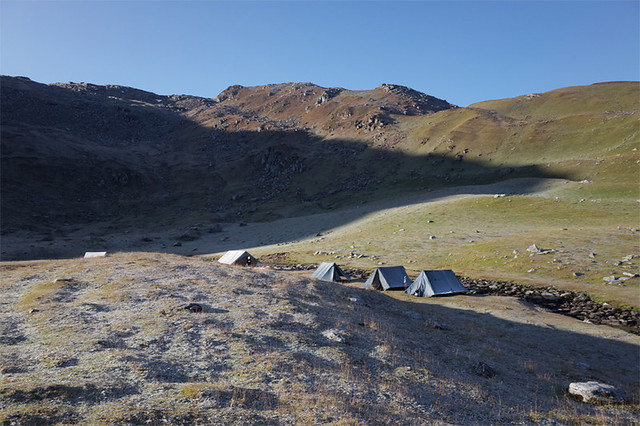 During the day, and before sighting Deo Tibba itself, a snowy dome caught my eye. Asking one of our guides about the peak he explained that being below 6000m it was not a mountain identifiable by name and in all likelihood remained unclimbed. This was a reminder of the exciting possibilities for true explanation that still abound in the Indian Himalayas. Admiring this skyline and thinking on the theme of Himalayan exploration I remembered the tragic fate of Martin Moran who, earlier in the year, had been killed in an avalanche, along with seven others, during an expedition to Nanda Devi. I was lucky enough to climb with Martin for three days on one of his courses in 2018. Six years earlier I met him for the first time on another winter course that had really opened my eyes to the world of mountaineering. 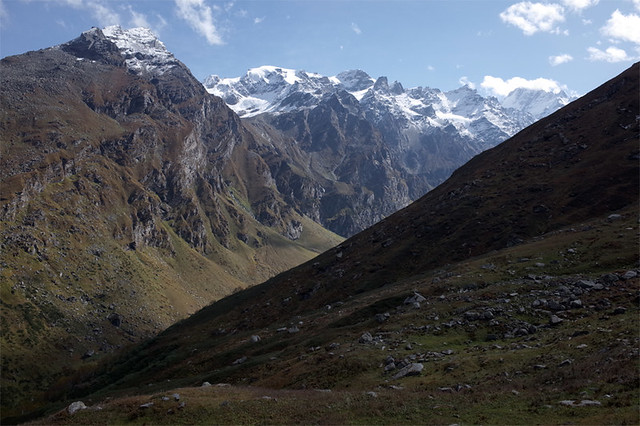 Un-named (and unclimbed?) 5000er ahead. Indrasan ridge in cloud at far right. 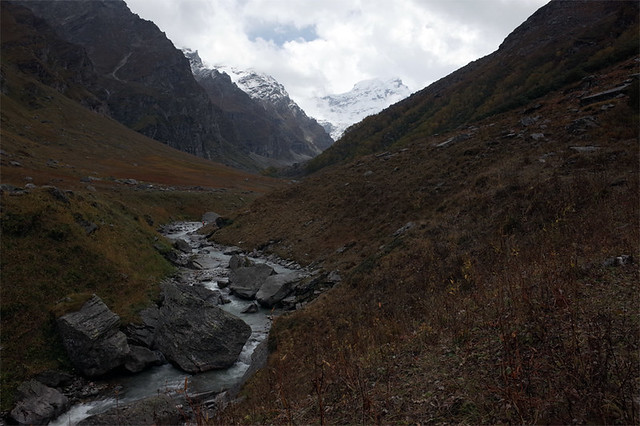 As we approached our penultimate camp the weather deteriorated. After the guides and porters had set up our camp some shepherds arrived at our camp and stayed for tea before heading back up the hill. These were some truly hard men. Clad in tough woollen coats they spend much of the year in the hills, far from their villages. I was stunned at their footwear. Mostly cheap plastic shoes worn without socks at nearly 4000m above sea level! By nightfall, a real storm was underway. The dining tent (in which the White Magic team normally slept) collapsed in the wind and snow and they all crammed into the cooking tent for the rest of the night before re-erecting the dining tent under a clear sky the following morning.

I woke very early to a frozen landscape. The view down the valley to Deo Tibba was clear and I managed to get some decent photos. With the sun rising behind the mountain to the east, I knew I had to get my snaps taken before the sun was truly up, otherwise I’d just be pointing my camera into the sun. After breakfast, and as the sun warmed the landscape a little, we began our walk westwards out of the valley and then northwards into the Hamta valley where we pitched our final camp. 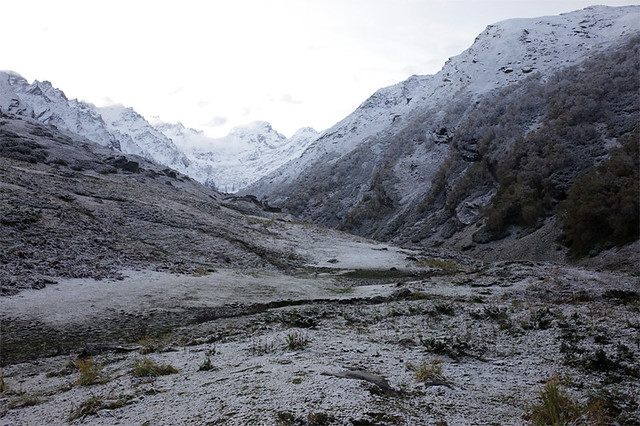 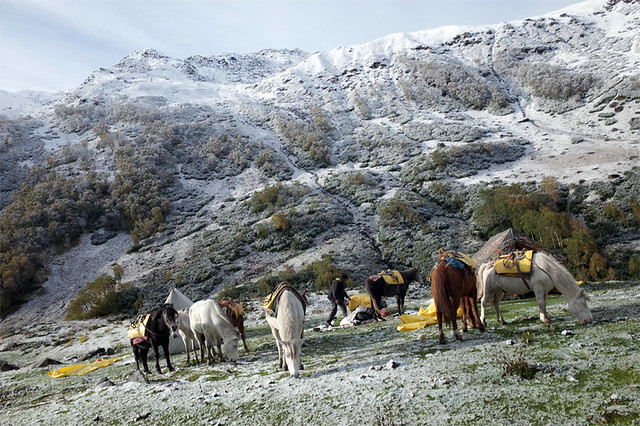 The final day involved a short walk in the morning out of the Hamta valley to waiting jeeps that carried us down seemingly endless switchbacks towards Manali. Irony of ironies, the weather during this jeep journey was undoubtedly the best we had seen all week! In Manali we parted ways with the rest of the group and took another car back down the Beas river valley to a hotel close to the airport at Kullu, ready for our early morning flight back to Delhi the next day. Two more days in Delhi gave us further time to catch up with my friend there and to make a quick dash to Agra to see the Taj Mahal and fort. 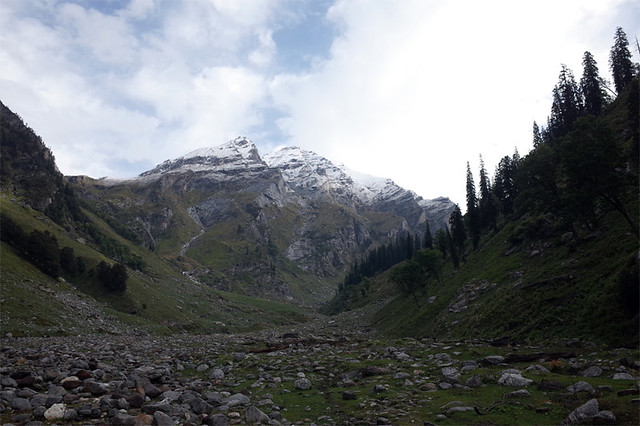 Hamta valley reminiscent of some corners of Scotland

All in all the experience of the Indian Himalayas was an unforgettable one. Anyone who loves the mountains should jump at any chance they get to see these most impressive mountains. White Magic Adventure were an excellent trek operator and I would heartily recommend them. Thanks to their whole team for such a superb experience. If I trek again in the Himalayas it will certainly be with them. Thanks also to my fellow trekkers for their company throughout the week. 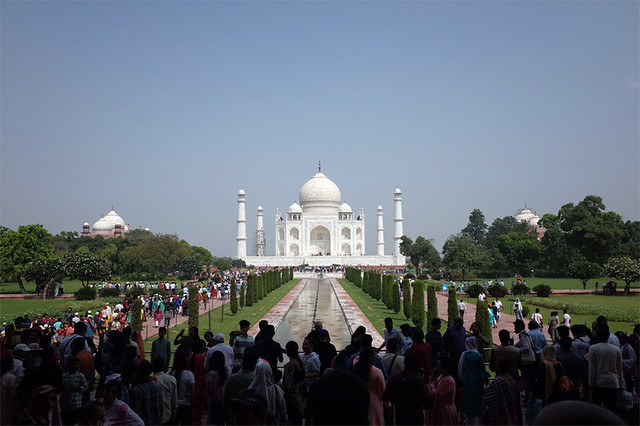 Having now seen a 6000m giant in the flesh, I’d be lying if I told you that the thought of climbing one had not crossed my mind. For now though, I think the Alps will remain my focus, considering the cost (not to mention carbon impact) of trips so far afield. Never say never though. Being of relatively modest technical difficulty, Deo Tibba would certainly be a good place to start for someone with experience of alpine climbing looking to bag their first 6000er.

All the photos above were taken on my Ricoh GR. Amazingly, despite the cold, its single battery held charge throughout the trek. I was however also carrying Nikon FM3a which needs batteries for the meter but can operate completely mechanically. A good option on remote trips. The remaining photos were shot on the Nikon. 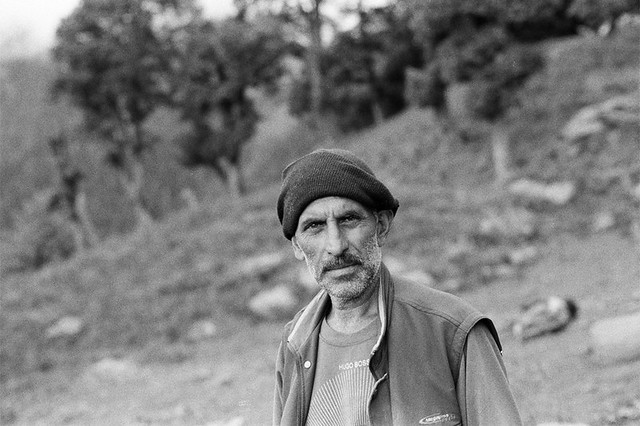 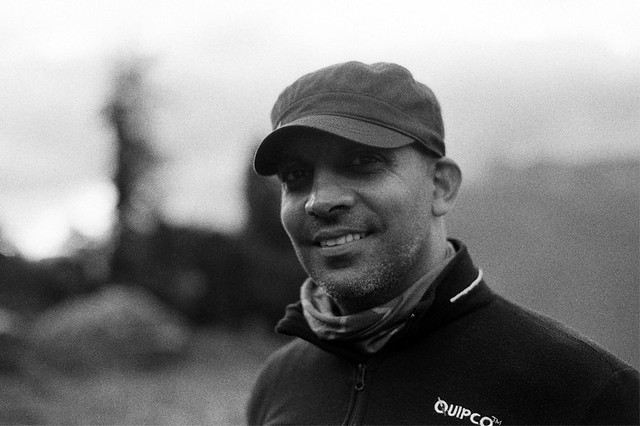 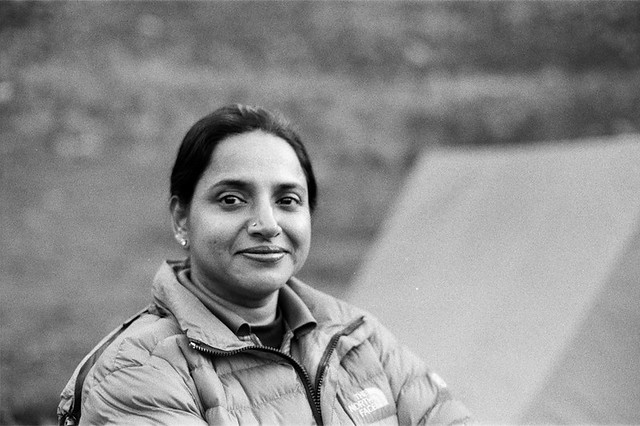 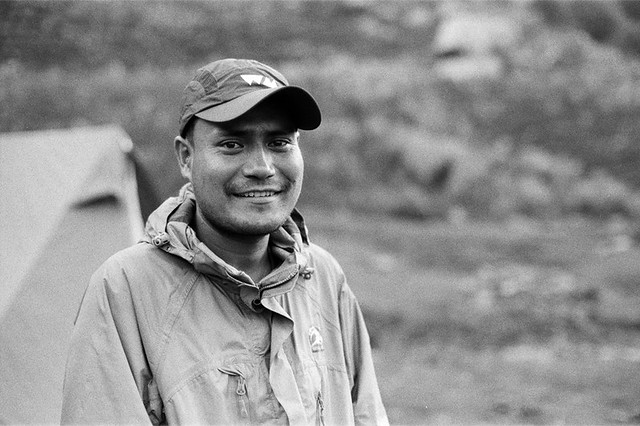 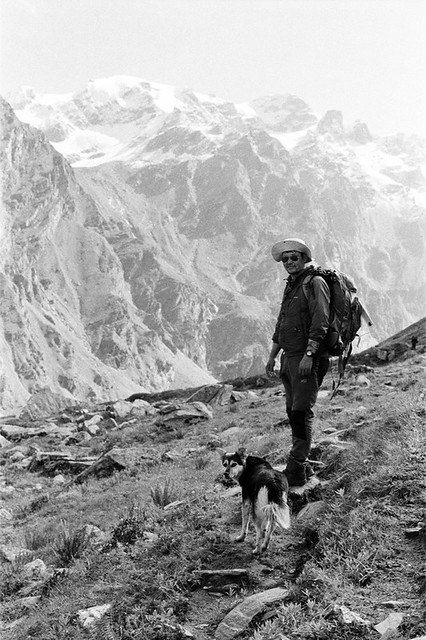 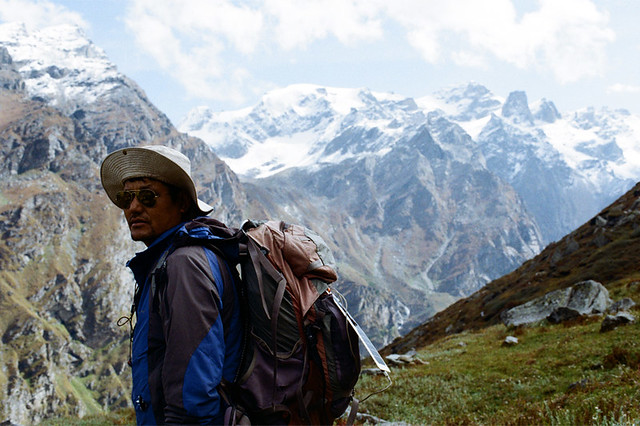 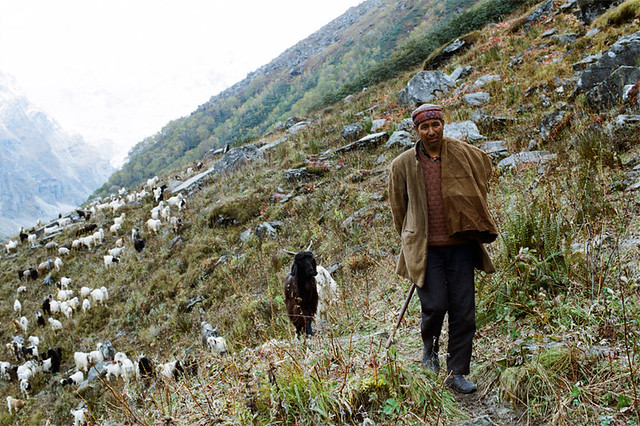 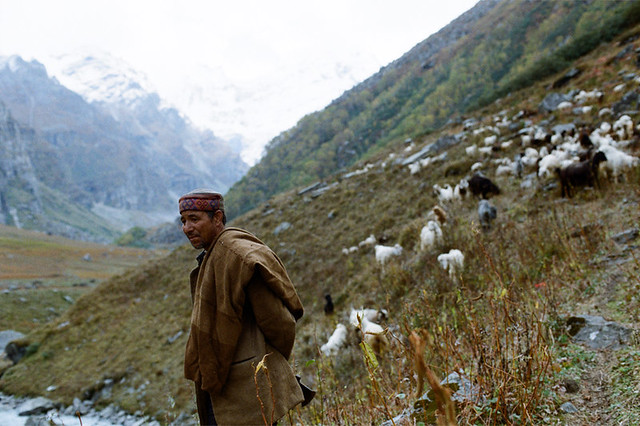 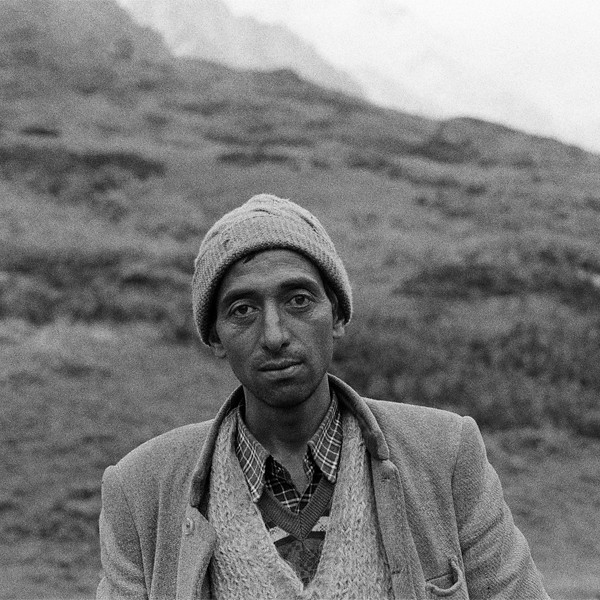 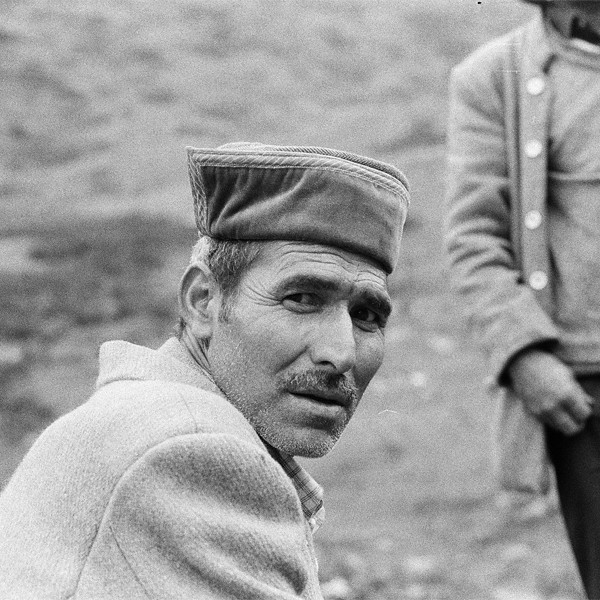 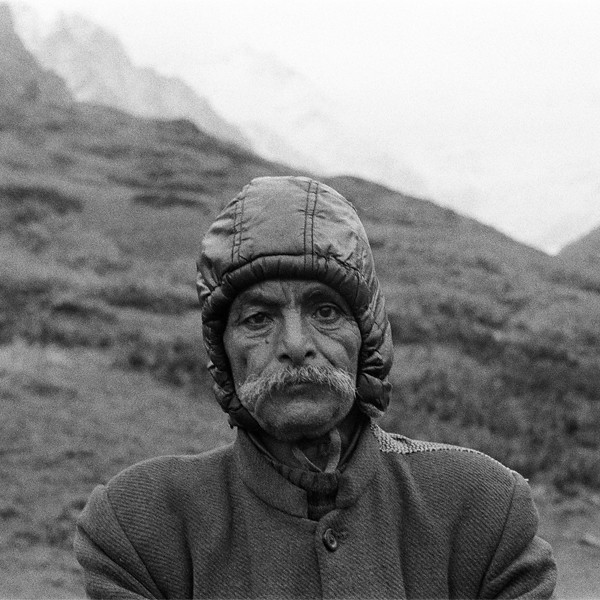 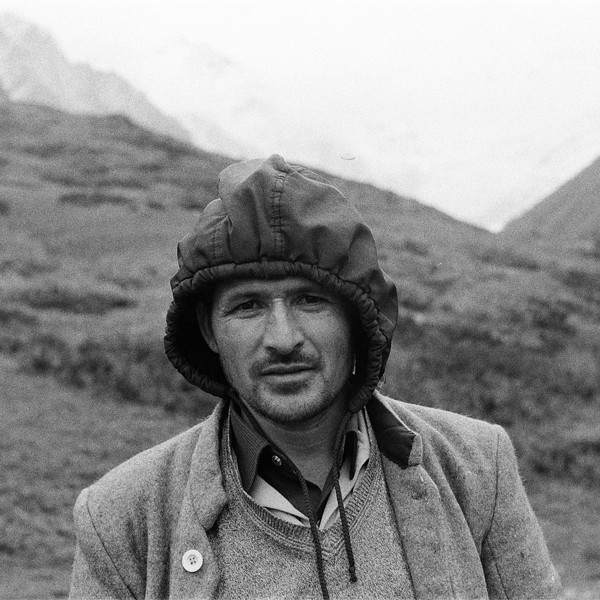 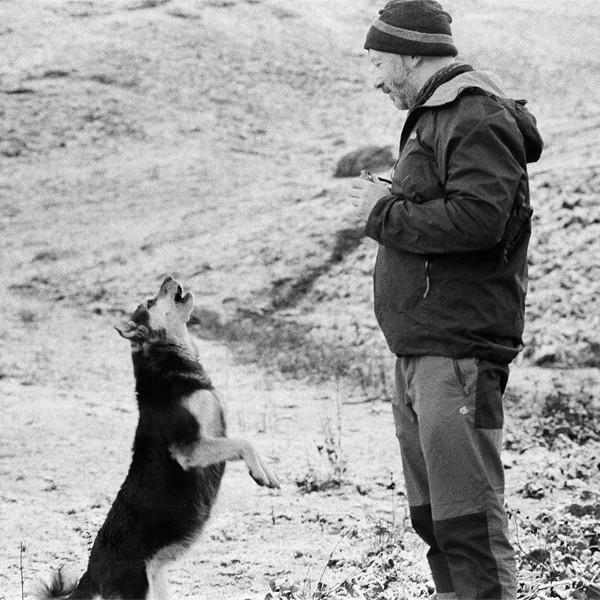 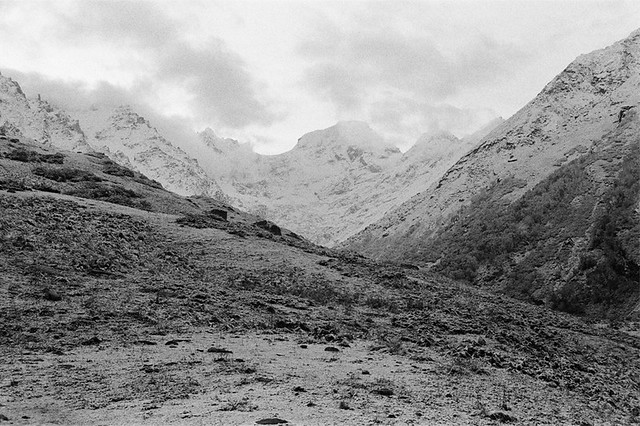 Re: A week in the Indian Himalaya

Wow Riverman, the Himalayas. Impressive place to visit. Nice touch to combine the mountains and the portraits.