The East Coast: Seaburn to Seaham

The East Coast: Seaburn to Seaham


It was a new year trip away that brought me back to the Norh East coast a year and a half later, very different from the warm June day when I had seen it last - I often did go away somewhere at this time of year, since I was off work anyway and might as well make use of it.

When I reached the coast the long stretch of Whitburn sands was still fairly busy with people enjoying the sunshine, even if they had to wrap up warm to do it. 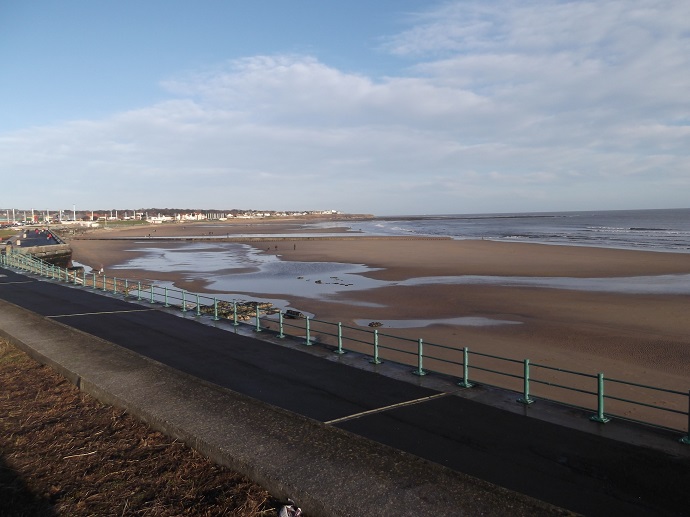 My starting point was the little white lighthouse on the seafront, once the lighthouse at the end of Sunderland's South Pier. This stretch was seaside rather than just coast, and the next real landmark, Roker Pier, had a kind of artwork for looking at it through. I seemed to be in the land of sculpture now, because having worked my way down the seafront and round the corner to Sunderland Marina I found it all decorated with great flying birds. 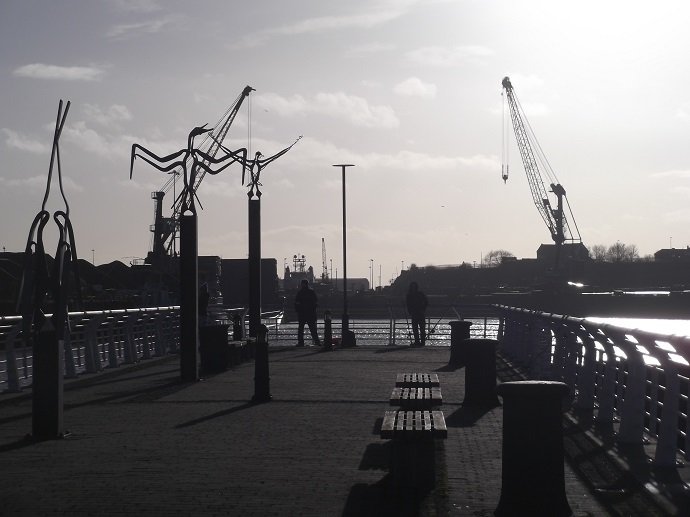 The sculptures continued along the riverbank, doors and windows which weren't really there, and a kind of ruin which had never been a house.

You have to turn more than mile inland to cross the Wear, but the bridges are worth waiting for - two arches, one carrying the road, and the other the railway and metro lines. I'd walked on the roof of the Glass Centre before and not enjoyed the experience very much, so I didn't feel any need to make that detour again, and then I was going past the University of Sunderland to the last sculpture, a great metal tree. One detour that I did have to make was to the church of St Peter, originally part of the monastery which makes this side of the river Monkwearmouth - the other half of the twin monastery which included Bede's Jarrow. The base of the tower and the wall around it date back to the late 7th century and the rest of the tower to the 10th, with the rest of the church mostly later medieval - an odd setting here now, where almost everything around it is new. The riverside path finally brought me to the bridge and into Sunderland proper, which gave the impression here of being new buildings on an old layout. Further along the path brought me to the High Street, which really is high, and still has one or two of the lanes running down to the Low Street closer to the water. From here on it becomes quite difficult to see anything of the coast, as most of the roads which look on the map as if they run close to it are really inside the closed dock area. A view into the docks showed a mixture of old and new buildings, and a striking yellow bridge. 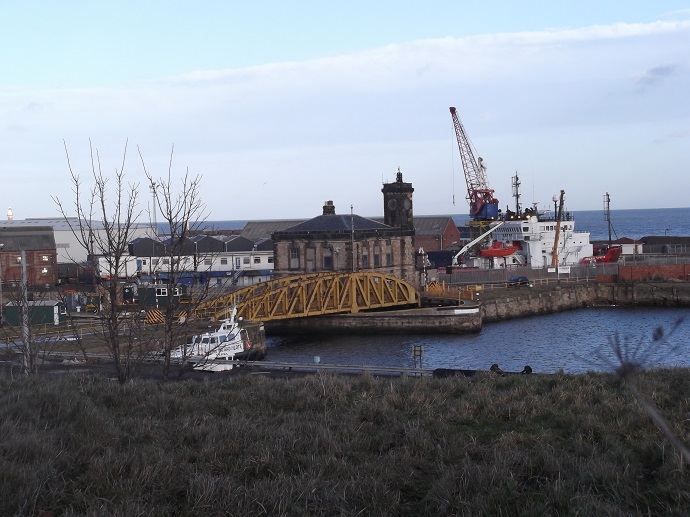 For a long stretch, then, there wasn't an awful lot to see except industrial estate and wasteland, until I could finally come back down to the water's edge at Hendon Promenade - a long bare space only really interesting to fishermen, but it was nice to be back by the waves. The promenade curves out a bit towards the end, and as the river mouth does too there's a good view back along towards it. Looking back to Sunderland

By this point, however, it had really stopped being a promenade and become just a kind of pier, because there was no real way out and I had to retrace my steps for a bit to get back up onto the clifftop above.

This is the first place since Whitburn where the coast really rises up - the railway line comes back to the coast here, too, where it hasn't been for a long long time, and a goods train went past. 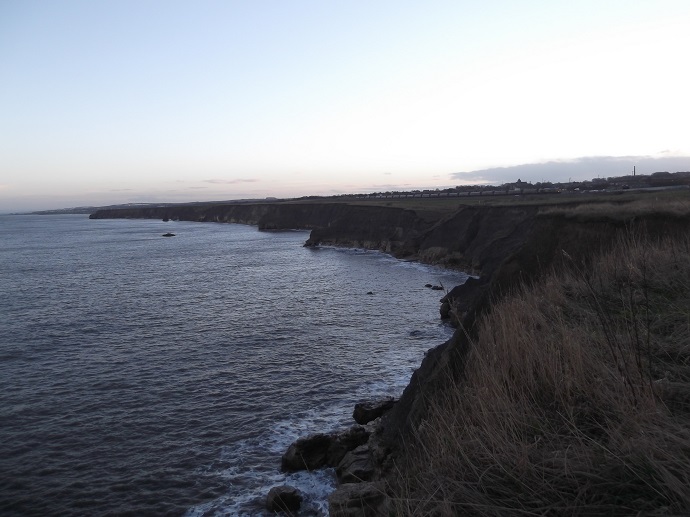 A bit further along sea stacks were starting to reappear as well - this one was certainly the pointiest I had seen. At Ryhope Dene, just at the border of County Durham, the path has to turn up to the road, and although I had meant to stick to the coast as far as Seaham, the light had failed enough that I preferred to leave the rough path and take to the road for the last long stretch to the station, and the train back to Newcastle. Re: The East Coast: Seaburn to Seaham

I used to run along Seaburn beach every Sunday. A surprising amount has changed since 2014, including a new restaurant and the demolition of the old leisure centre. Was the 'Tommy' sculpure in Seaham back then? This is a fine piece of art the locals bought after a big campaign, and well worth a visit.