our_route.gpx Open full screen  NB: Walkhighlands is not responsible for the accuracy of gpx files in users posts
The Watershed Route


Coming to write my next report on my Watershed journey I discovered that I had totally missed writing up the section from Parlan Hill to Crianlarich. Whoops. So here it is in summary

25/10/2017 I grabbed the opportunity of window of good weather , due to arrive on 26/10 and zoomed back to Benglas. I camped below the bealach the first night then in poor weather the next day stopped and camped at about 700m on the slopes of An Caisteal after poor views on Beinn Chabhair. 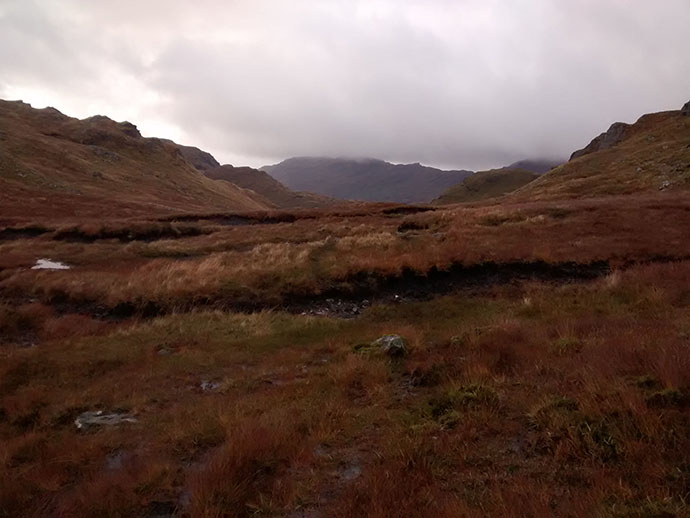 The skies cleared overnight and the morning was clear and sunny but with wisps of clouds threading through the summits. Unfortunately, the weather window was more of a letterbox flap and after a brief period of sunshine, it shut with a blast of wind and rain. However, I did have an amazing early morning on the top of An Casteil. Clouds clearing the ridge on An Caisteal 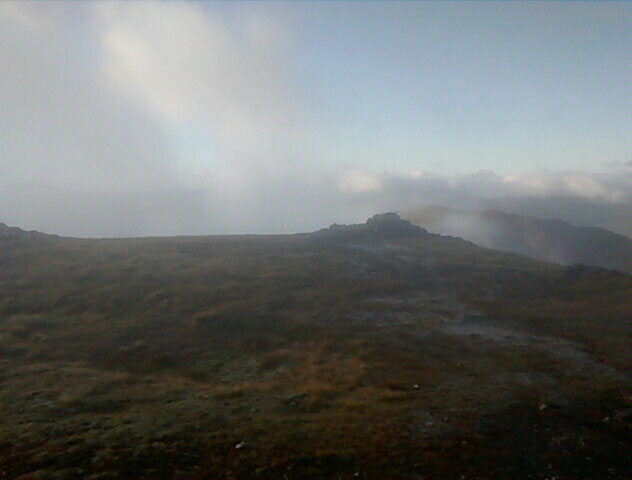 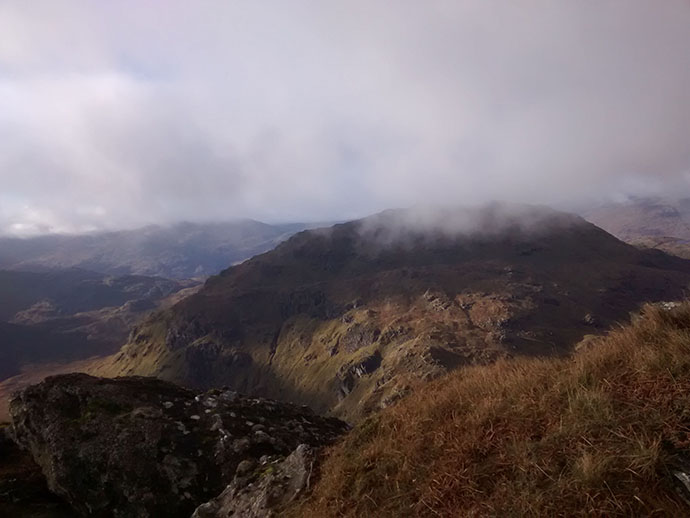 
On Beinn A Chroin I started being severly buffeted and a fellow walker advised that the forecast was for it to worsen. I knew that I would struggle to get over Cruach Ardrain so I walked down by the River Falloch. I was fortunate to get a lift from a couple of fellow walkers, down to The Drovers where I could catch the bus back to Glasgow.
27/12/2017 in absolutely stunning, winter conditions I returned to do the final section from Beinn a' Chroin over Cruach Ardrain to Crianlarich. Cruach Ardrain has 3 major rivers rising on it, The Forth (which I also bid good bye to here, it having been my campanion since Craigengar back in the Pentlands,) whilst I say hello to the River Tay. The Clyde is still with me until Ben Lui.


I was able to take my DSLR on the day trip to Cruach Ardrain but in the low temperatures, I failed to notice that my lens fogged up each time I took my camera out and I have very few non-blurry photos from that beautiful day. The snow was deep in places which made for fairly slow progress but it was a clear. crisp winter's day. There were spectacular icicles on Stob Glas, occasionally crashing down as the sun melted their attachement. Rather than walk down the road back to my van in fading light, I left the final short forest section til the morning , walking in and out from Crianlarich.

our_route.gpx Open full screen  NB: Walkhighlands is not responsible for the accuracy of gpx files in users posts
My route to ,on and from The Watershed 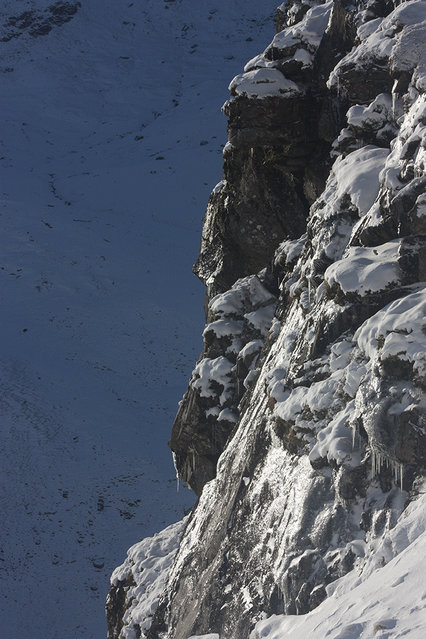 Moon over An Caisteal An Caisteal and Beinn a' Chroin Looking towards Dubhcraig, Oss and Lui

An Caisteal (R) and Beinn a Chroin (L)


I love a good winter with lots of snow but being fickle, not when I am trying to walk the Watershed and the sheer amount of snow and frequent high risks of avalanches neant I was unable to do the walk from Crianlarich over Dubhcraig, Oss and Lui to Tyndrum until April
Days on Watershed - 2.5
Distance on Watershed 14.4km (9 miles)
Total Watershed distance from Peel Fell 391km (254m) which represents 1/3rd of the route

Now we're into the hills!

Real pity about the condensation on your lens, for it looks like the weather for the 2nd part was just superb.

I love these rough and gruff hills - walked them in August 2014. I recall that there were some pretty steep and rocky ascents and descents though, which I imagine could be quite challenging in winter conditions.