Been a while since I've done a report. In the warm up to do the TGO in May I needed to get some backpacking in to get some mileage into the legs and get used to the load carry again. I decided to do the WHW, a route I hadn't done since 1996. I knew it wouldn't take much planning with it being waymarked all the way and with the provision of shops, no need really to carry more than 2 days supplies at a time. First day began with a train journey up Milngavie and then a visit to Costa for lunch and then it was onward for the first 12 miles to Drymen. I had booked a room at the Drymen Inn for the first night as a storm was predicted and I didn't fancy getting a soaking on the first day. The walk is uneventful, full of dog walkers initially and then farmland and a bit of road before getting to Drymen. The next morning dawned wet after the storm and various parts of the early route were flooded out. Todays destination was Rowchoish bothy. I was going over Conic hill this time as the first time round I gave it a miss due to time restraints. The rain continued through the morning and started to dry out by around 2pm. By late afternoon I was at the bothy and joined 3 German lads who said I was welcome "to stay in the house". Thanks for that. Later on the 3 of them went for a swim in the loch, in their cotton T shirts and jeans. I went to sleep that night with the sight of steaming clothes by the fire 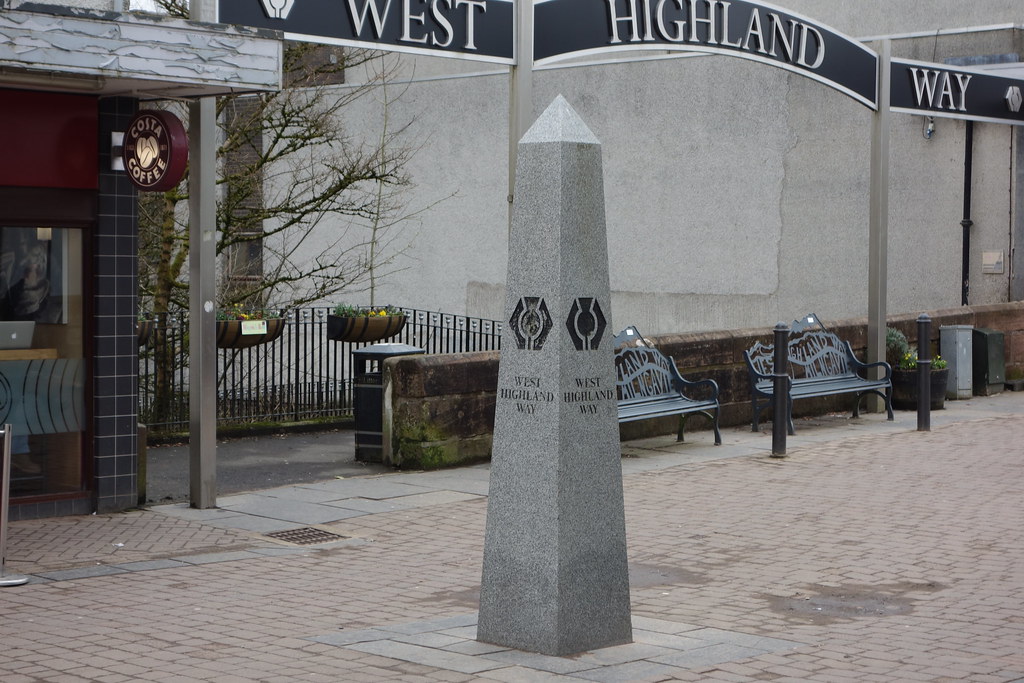 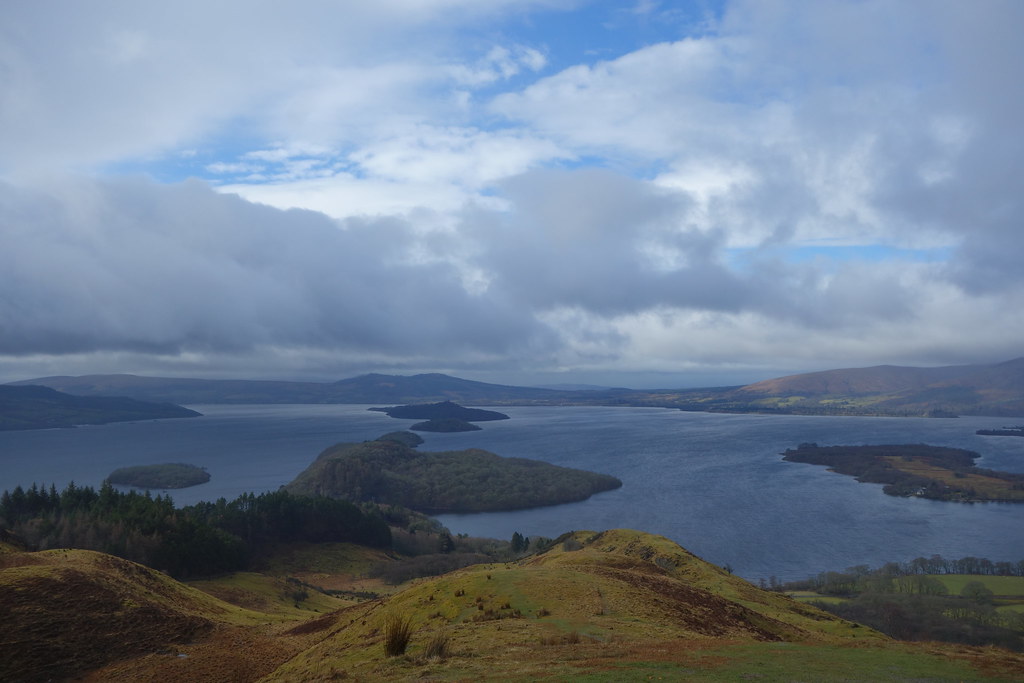 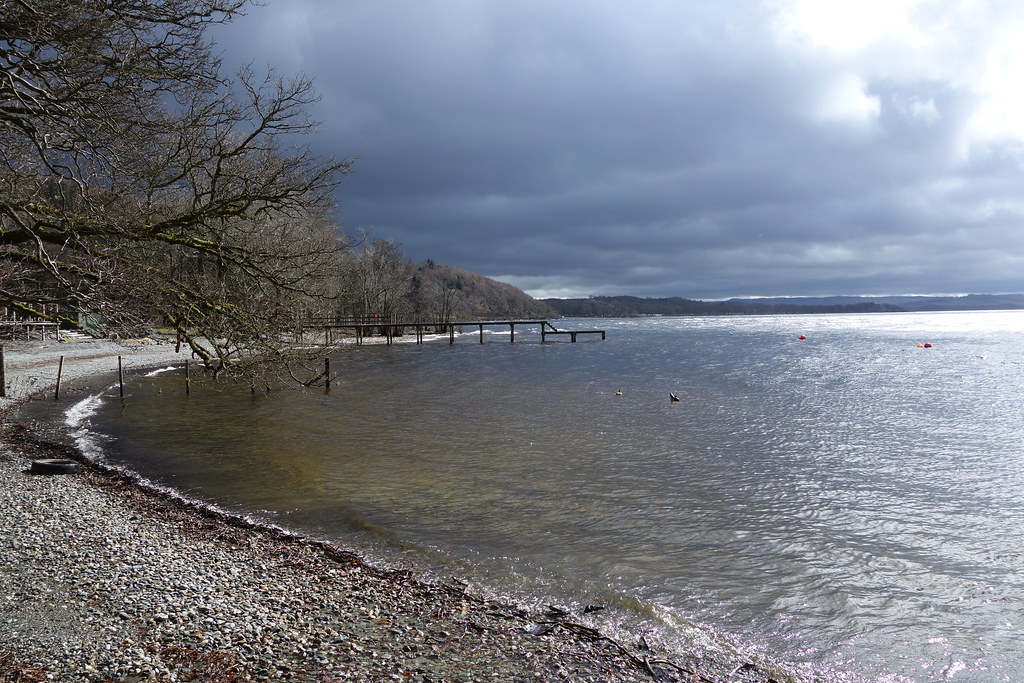 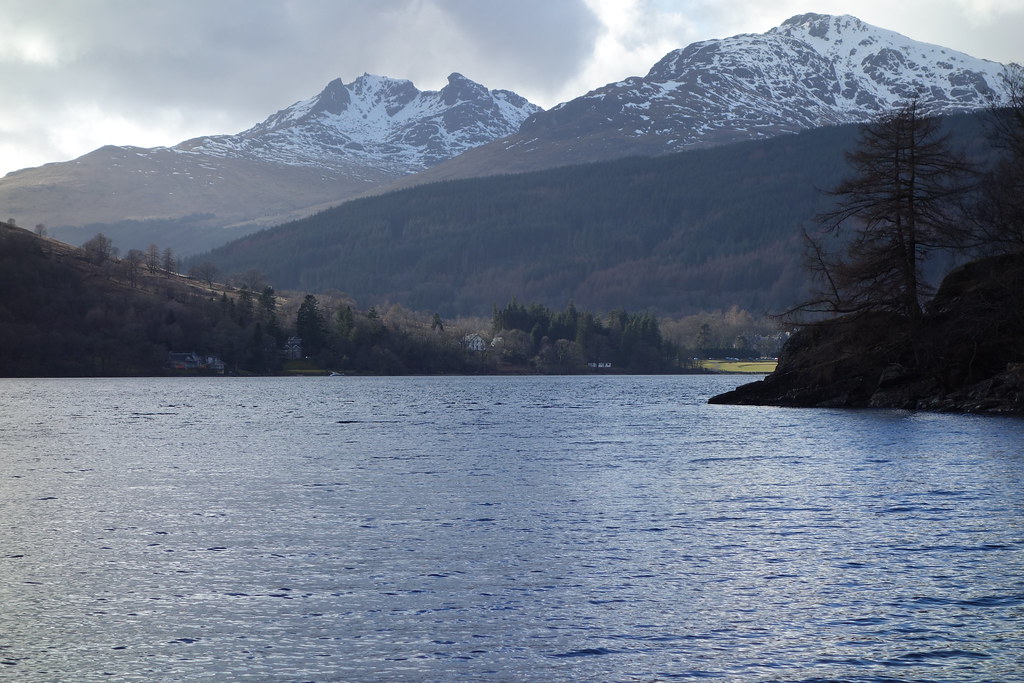 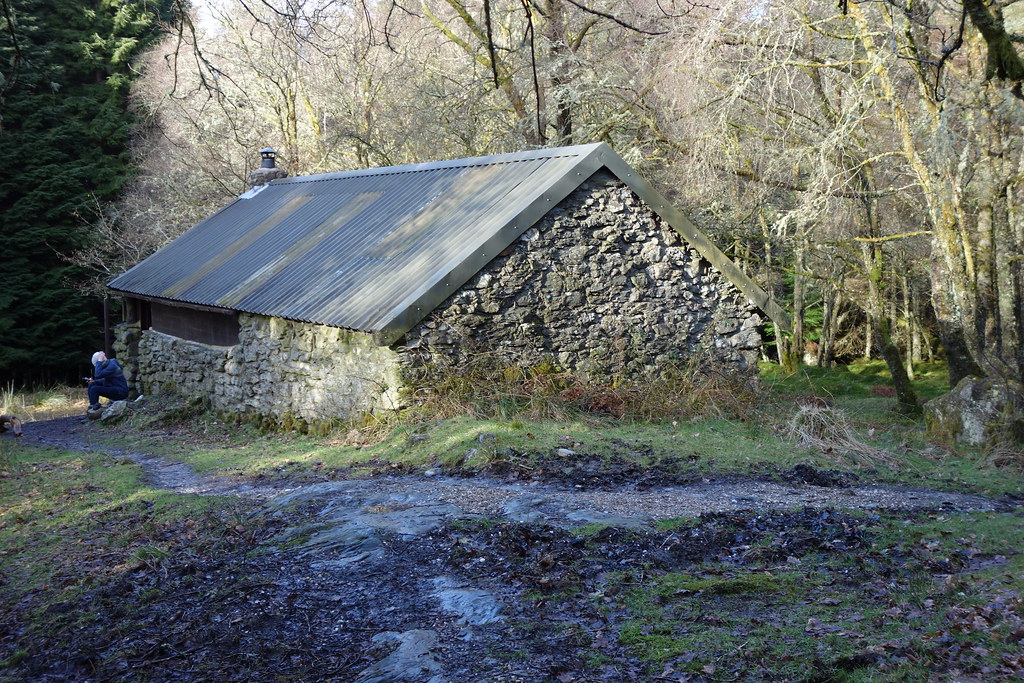 DSC02275
From the bothy it was fairly easy going up to the Inversnaid hotel where I took a 5 minute break before continuing on the hard section beyond on which quick progress cannot be made. Passed several teams of bikers on the way lifting bikes over long sections of boulders and ladders. I was heading for Crianlarich YH, having previously booked. Got to the campsite at Beinglas intending to get food only to find it not yet open for the season so it was over to the Drovers inn for dinner before the continuation to Crianlarich. 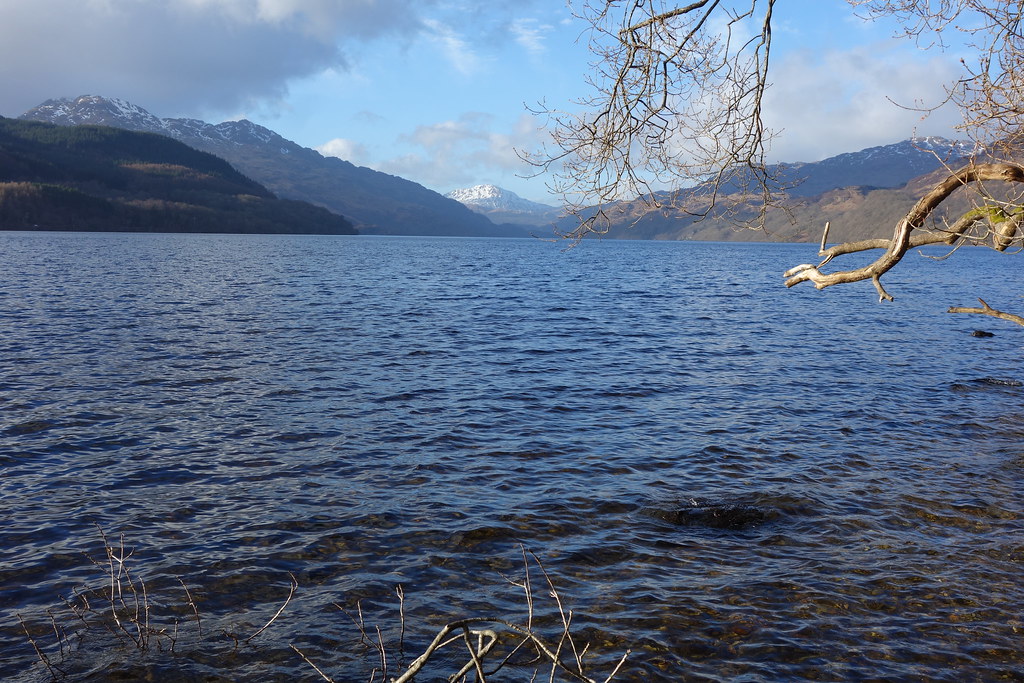 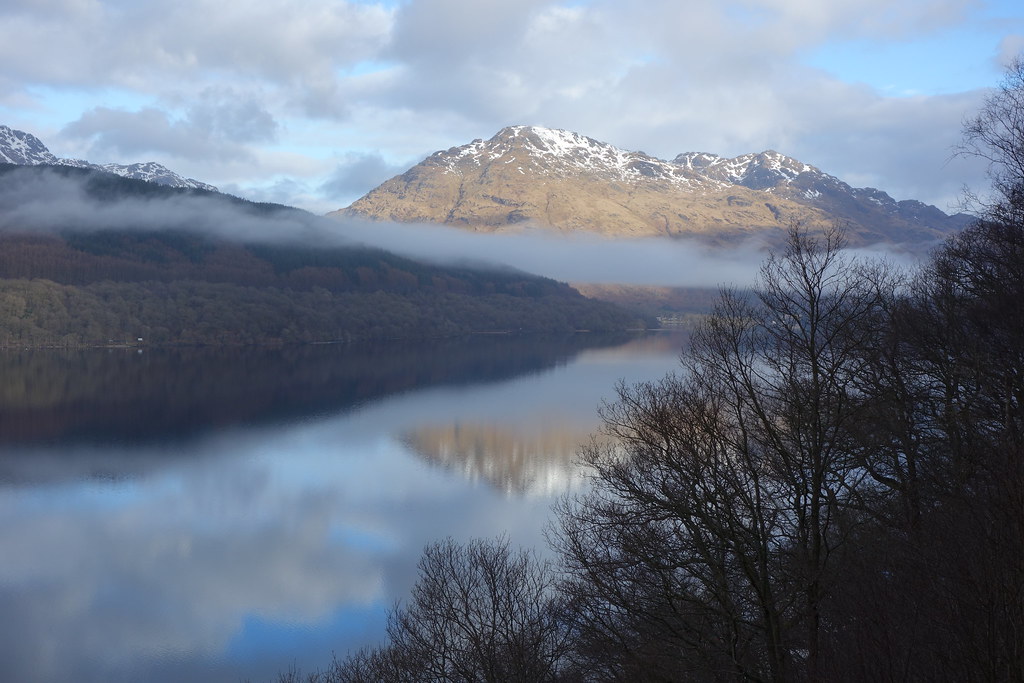 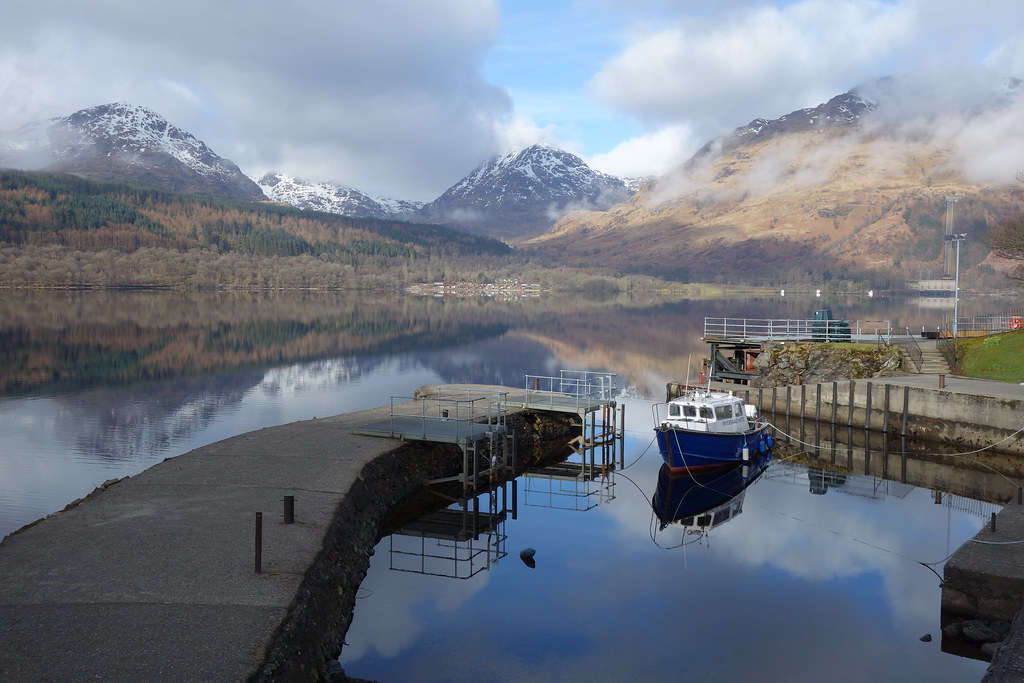 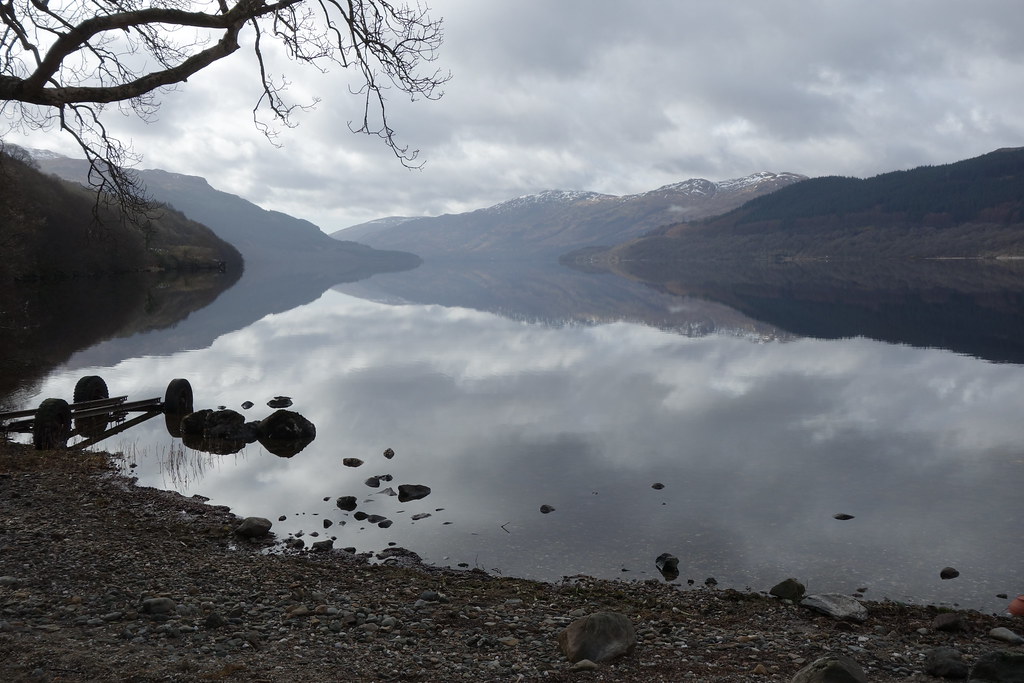 DSC02286
Feeling refreshed after the overnight stay at the YH it was back up to the crossroads and onto towards Tyndrum. Only about 16 miles today to the overnight camp at Inveroran, in the event it tuned out to be a lazy day with two coffee stops. Got the first one at Strathfillan camp site and then onwards to Tyndrum for the second before the 6 mile walk up Bridge of Orchy and then over the top to Inveroran before the overnight camp beyond the hotel. 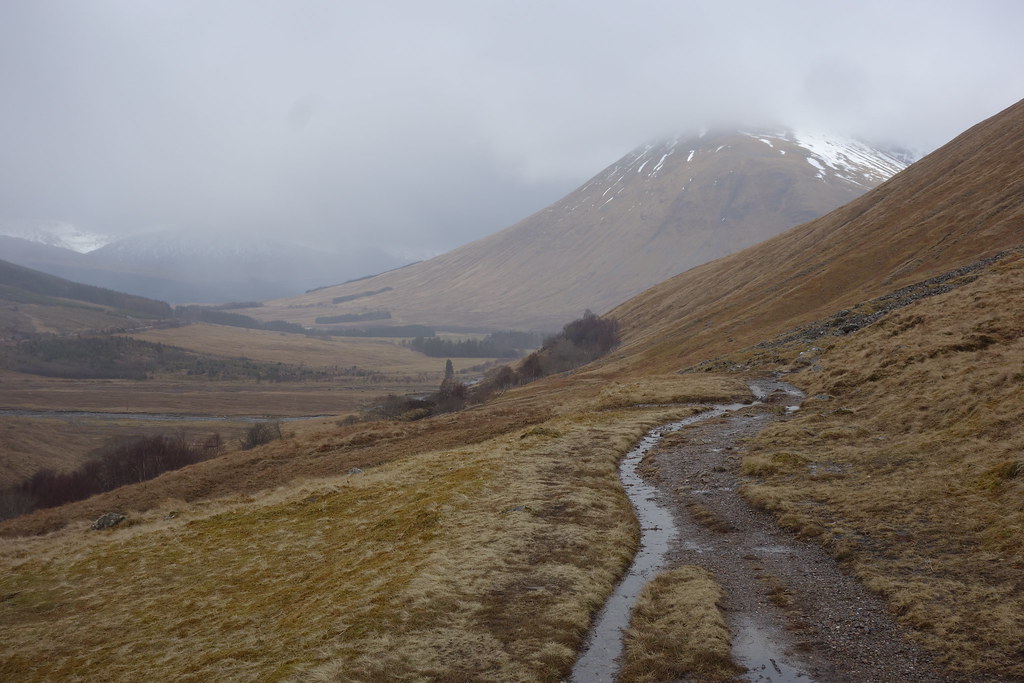 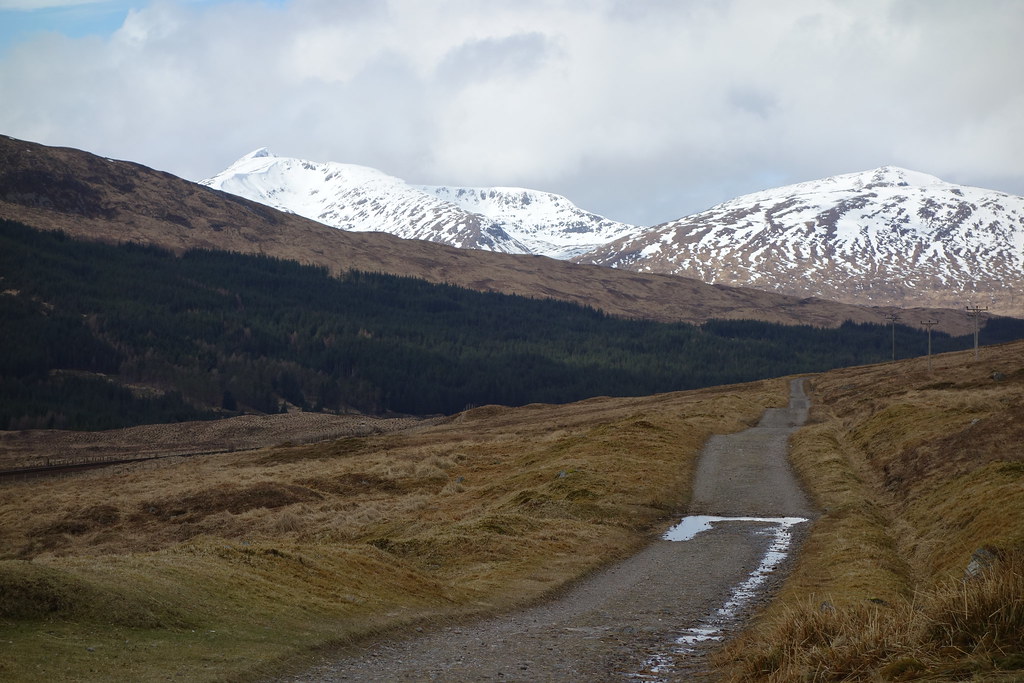 DSC02307
Morning visitor to the tent. Another fine day and up onto Rannoch moor where I met the first WHW walker I had come across. Down to the Kingshouse, now in ruins, for dinner break on the river bank behind the hotel, an old camping spot. Then it was on over the devils staircase and down the long descent to Kinlochleven, a part which I found the hardest part, rough on the feet and tiring. Booked into the camping area at The Macdonald hotel. 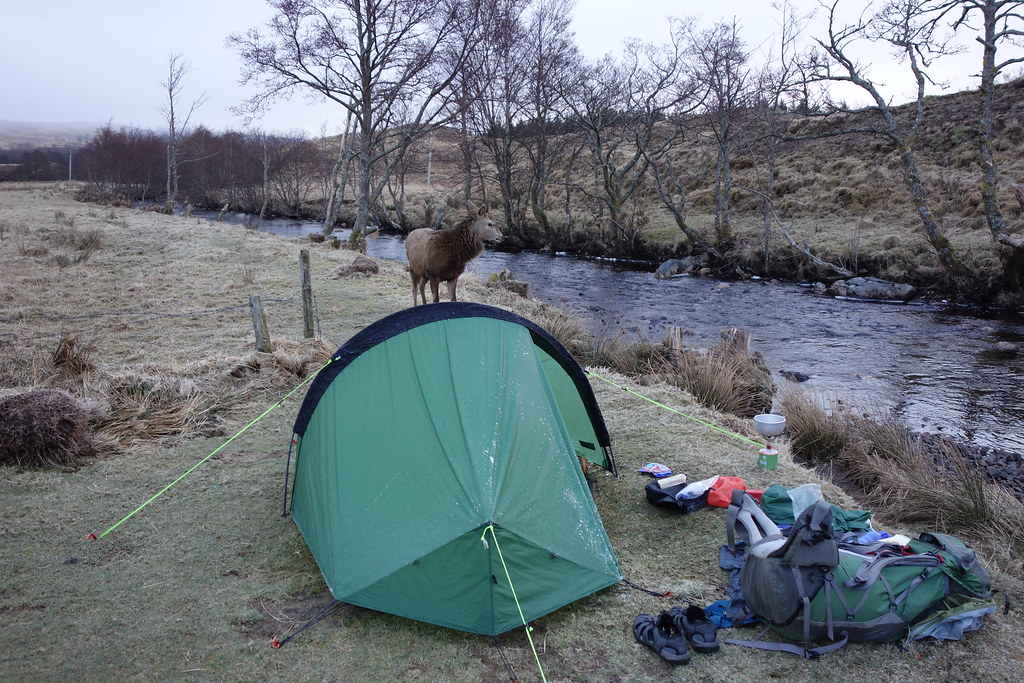 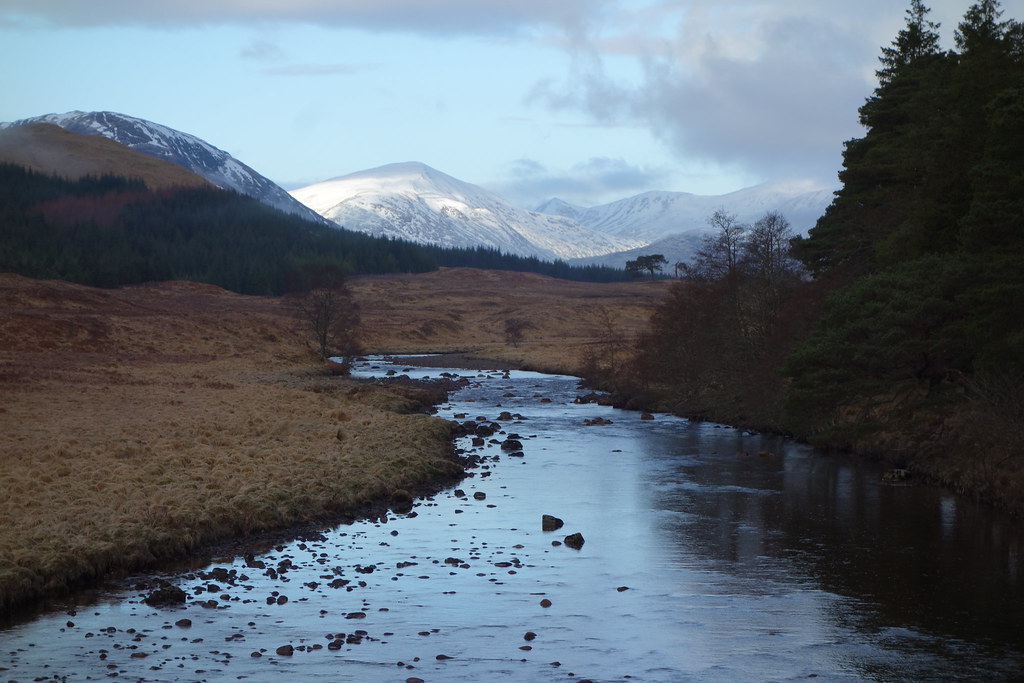 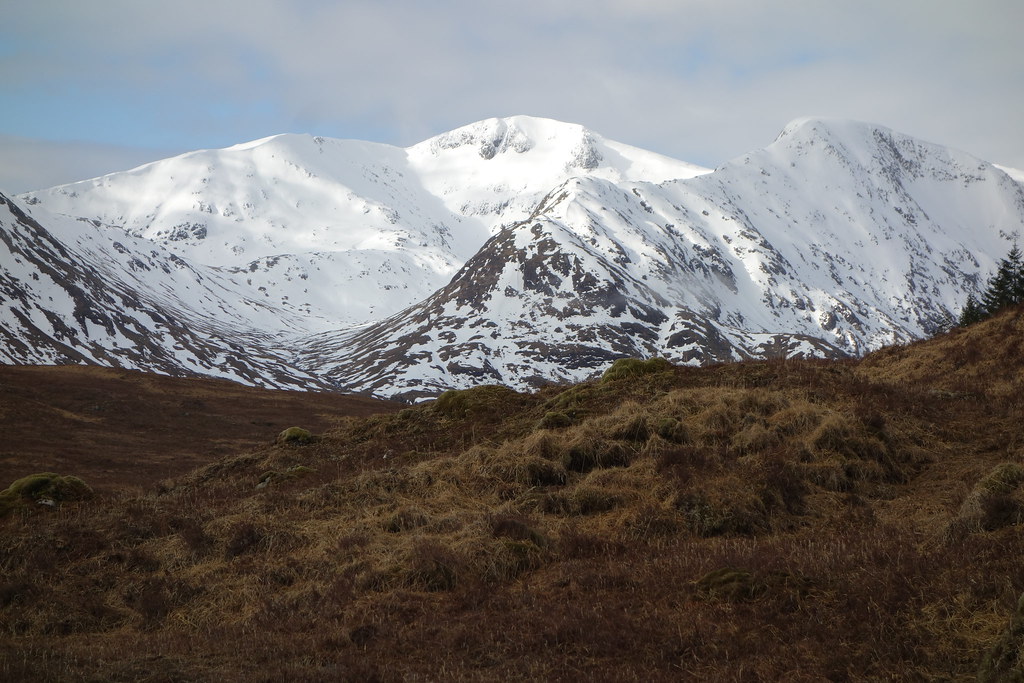 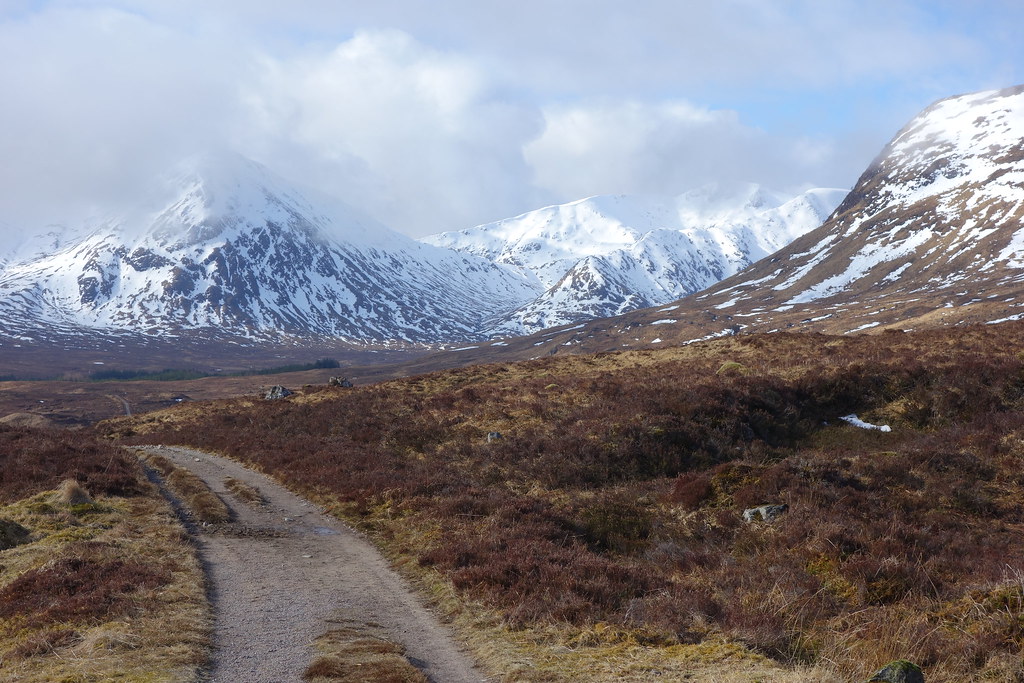 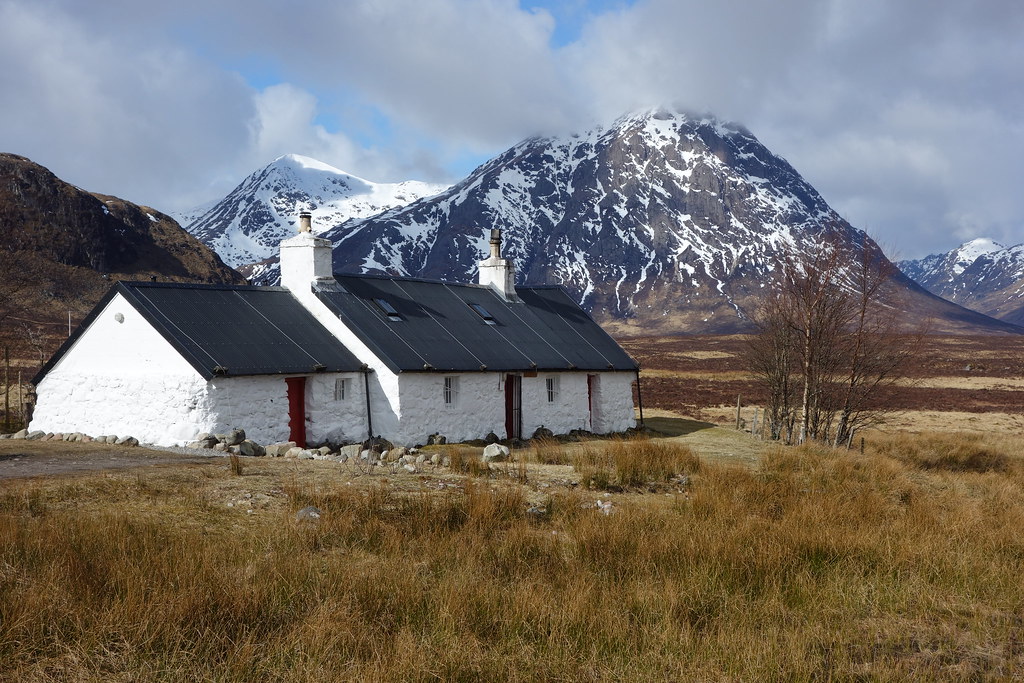 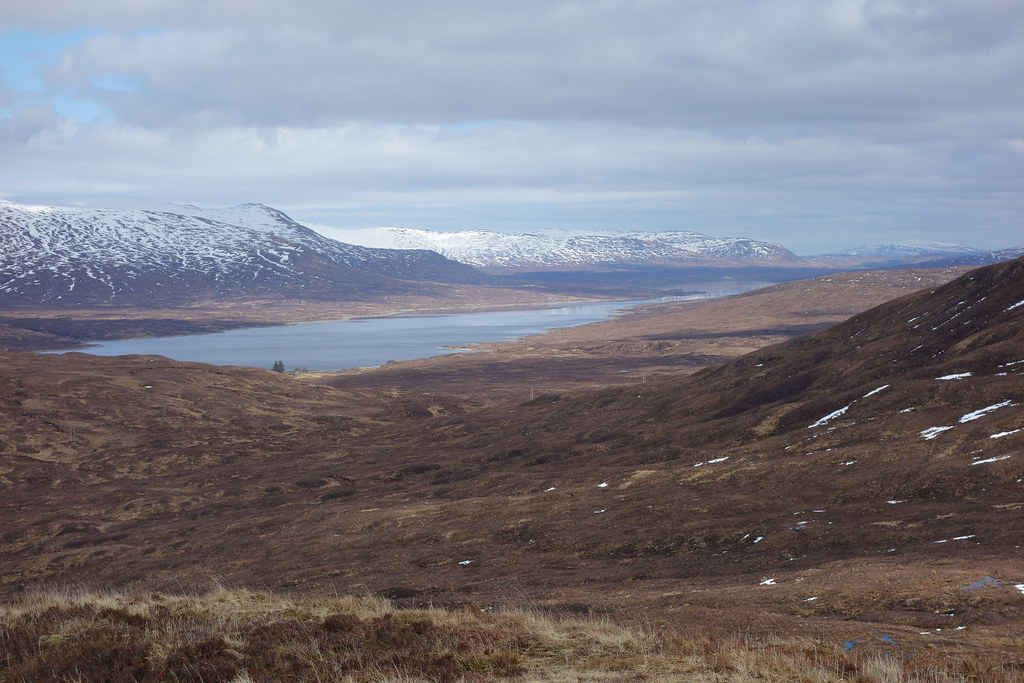 DSC02364
The last day was wet and it was wet gear that got packed away. It was the final stage to FW where I was booked into a backpackers hostel. Very uneventful, looking at the feet most of the way. Got FW around 2pm and went straight to the hostel to get booked in, only to find that you cant book in till 5pm, there was a sign saying you could shower while waiting so it was all the wet gear out to the tiny drying room and then a warm shower. 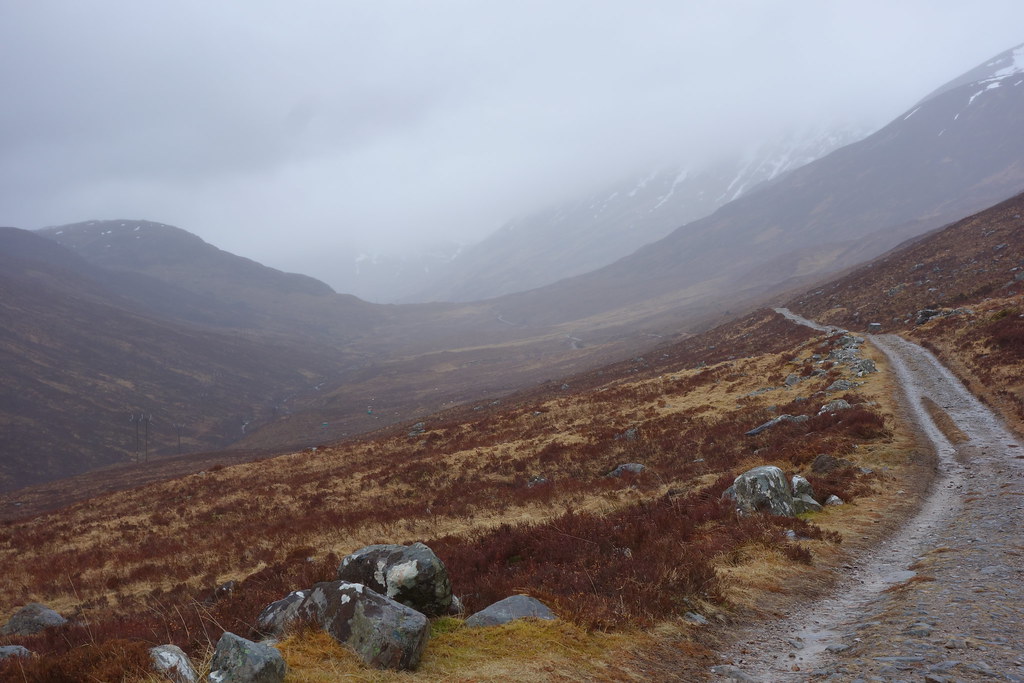