My second TGO, the previous one being last year.. This year I had chosen Torridon YH as being the start point on Friday May 10th. Torridon however is difficult to get to via public transport and usually involves an extra days walking so this year I opted to travel on the Tuesday and get a combination of train/bus to Gairloch, camp there and do a 2 day walk down the coastline to Torridon, stay there on the Thursday ready for the Friday start. This added an extra 27 mile to the trip.
Day 1. Left the YH around walking around to Annat and doing the obligatory dipping of boots in the sea, this case being Loch Torridon. From there I took the stalkers path up to Bealach nan lice, then to Coire Lair and down to Achnashellach before ascending again and camping nr pollan buidhe. A very cold night followed, bottled cold water freezing over. 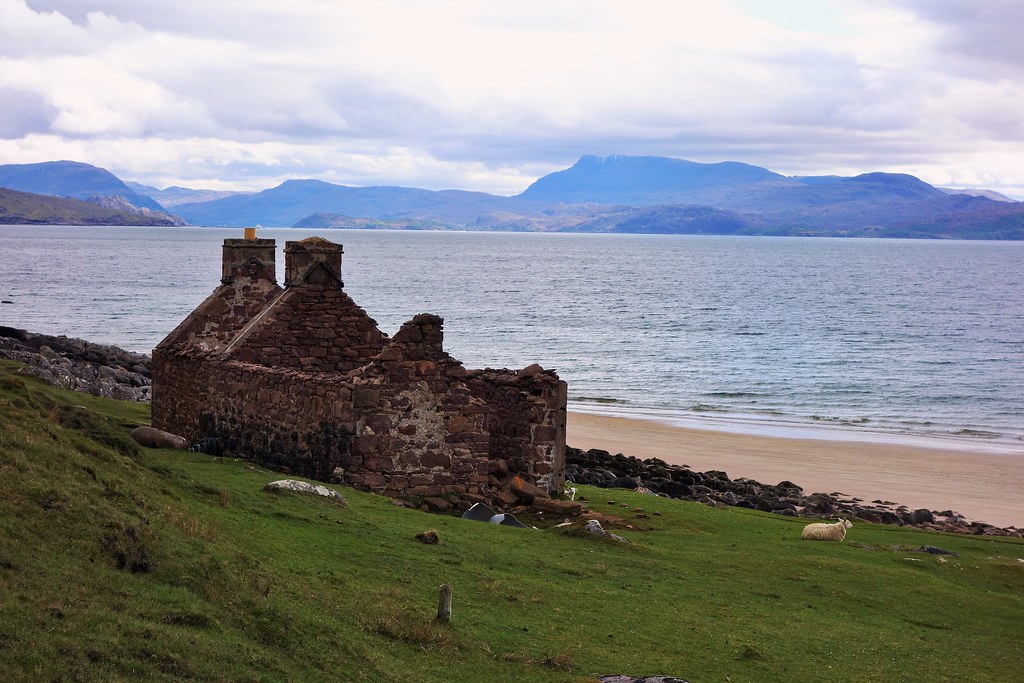 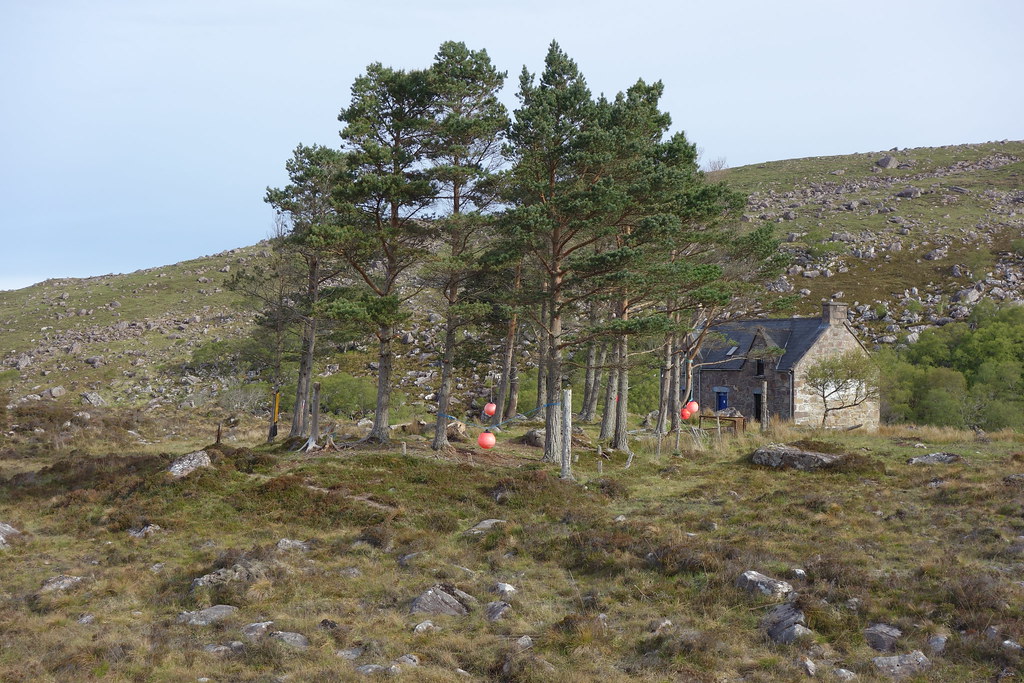 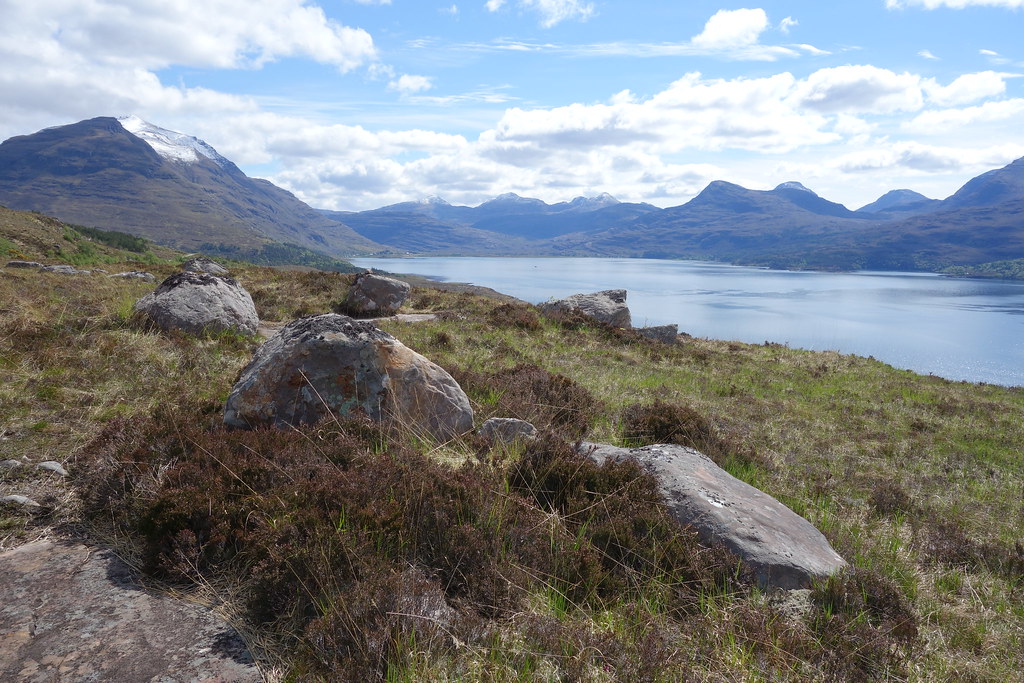 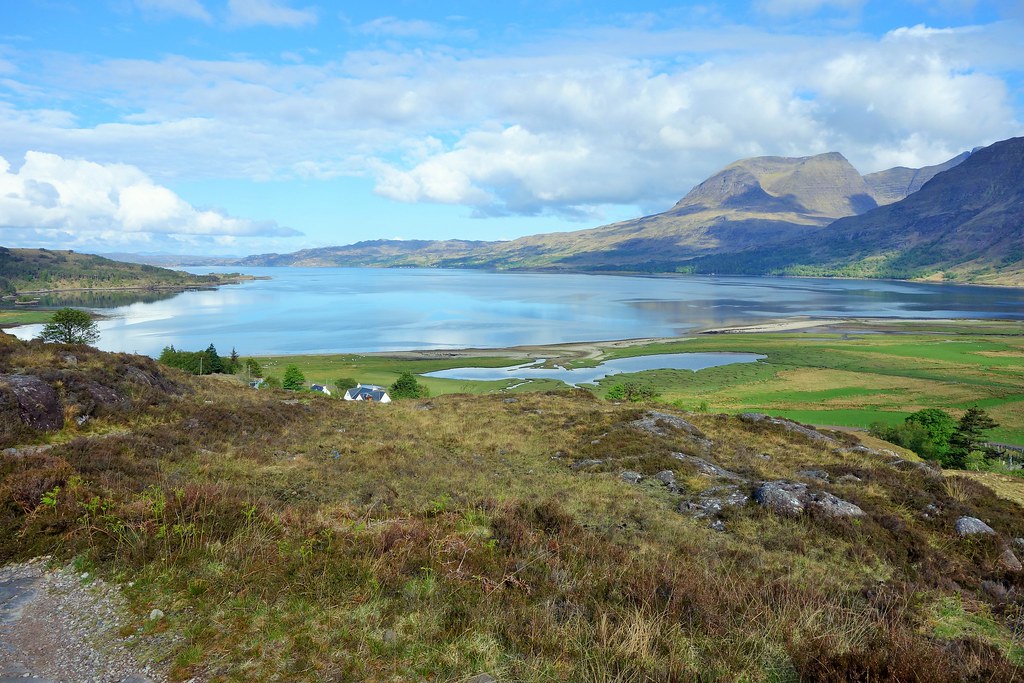 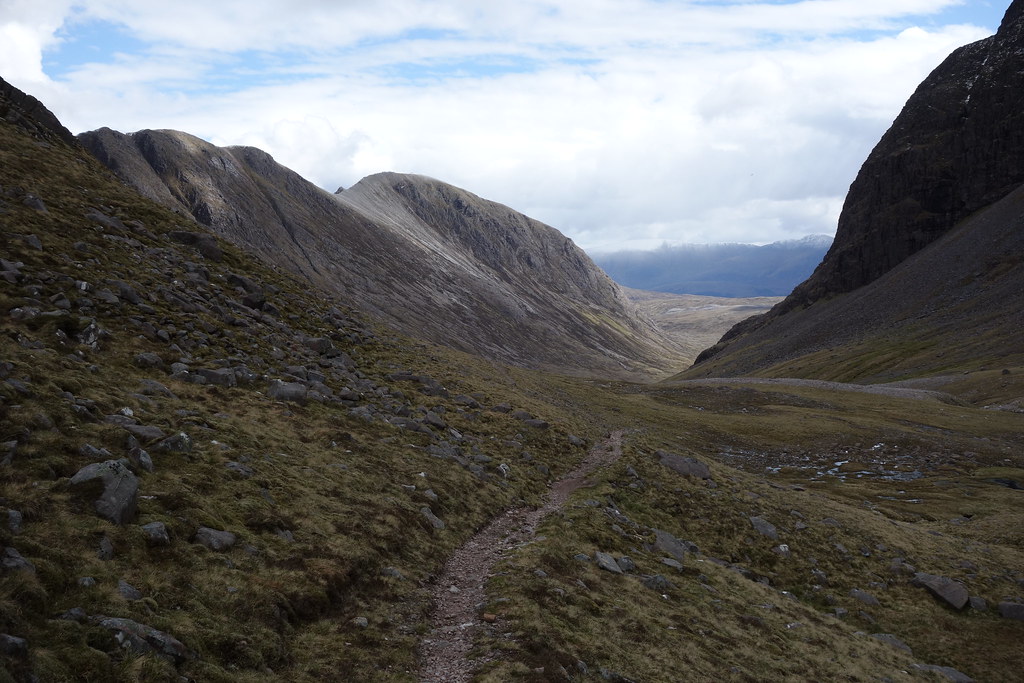 DSC04688
Day 2. Initial plans to climb the 2 munros Sgurrs Choinnich and Chaorachain and continue along the ridge were quickly discounted and instead I continued along past Glenuig lodge and ascended by the Allt an Amise and Coire Fionnarach meeting fellow TGO,er Dave on the way and down to the loch and then continued down the glen to an overnight camp 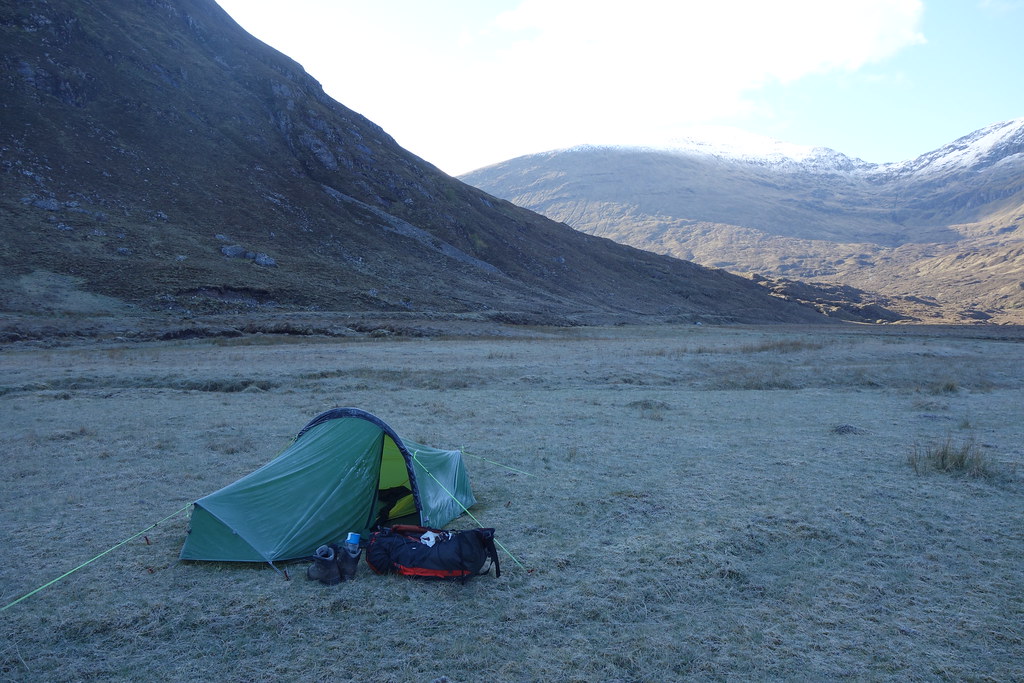 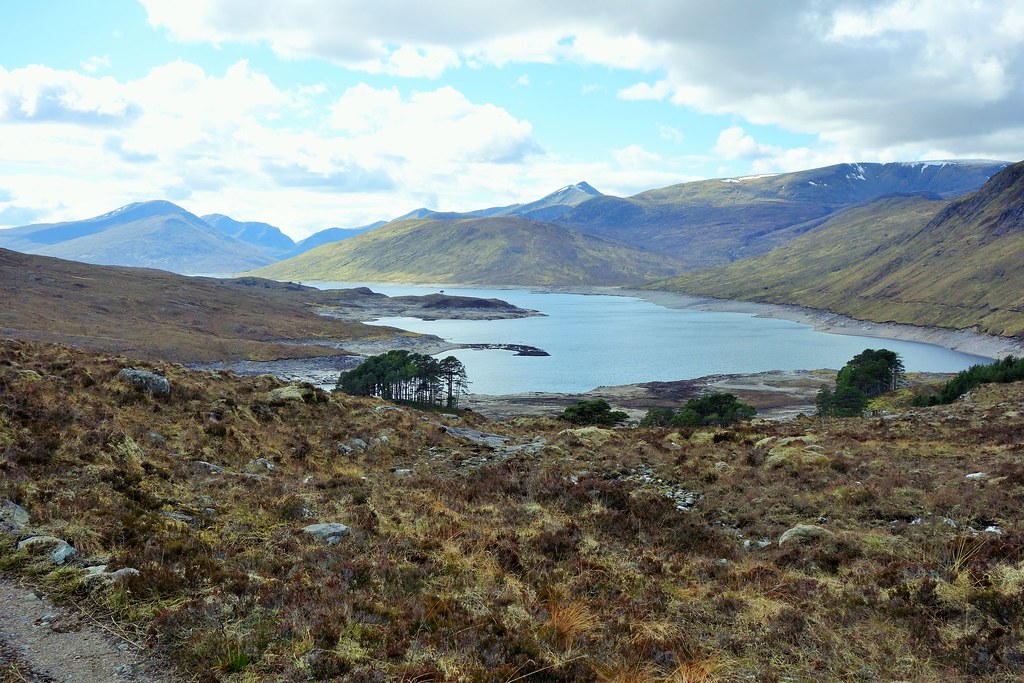 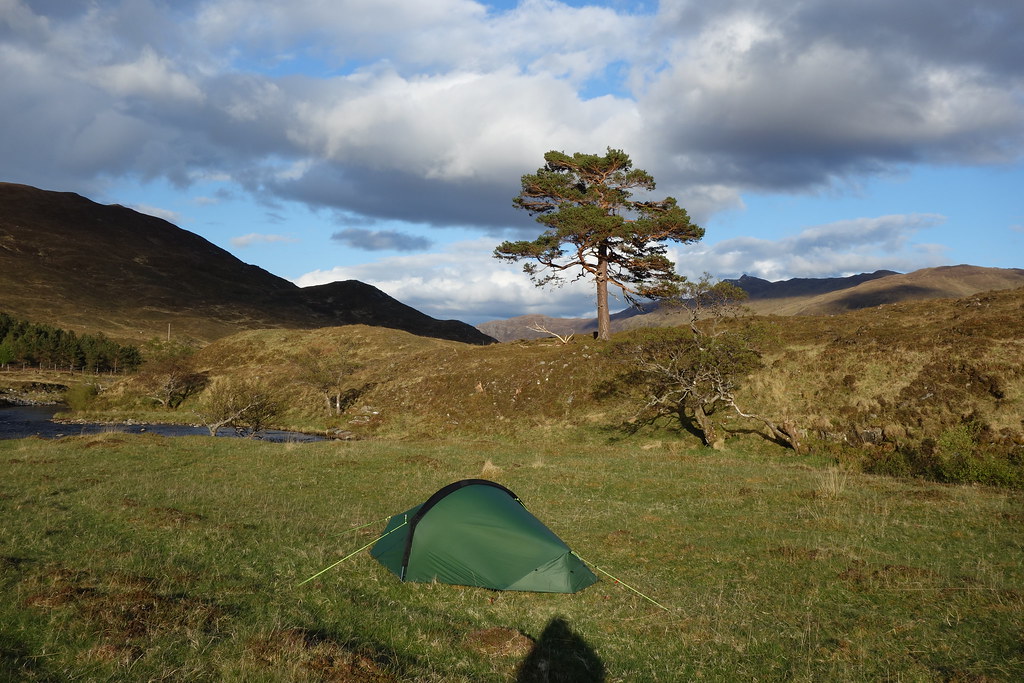 DSC04718
Day 3. Took the track up to Bealach a Bhaca and then dropped over the other side to find a new Hydro track which wasn't on my map, which made for quick progress through the glen before joing the road for a walk into Cannich. From there I walked the back to Tomich and camped at Loch a Ghreidhlein in the company of another TGO,er Anna 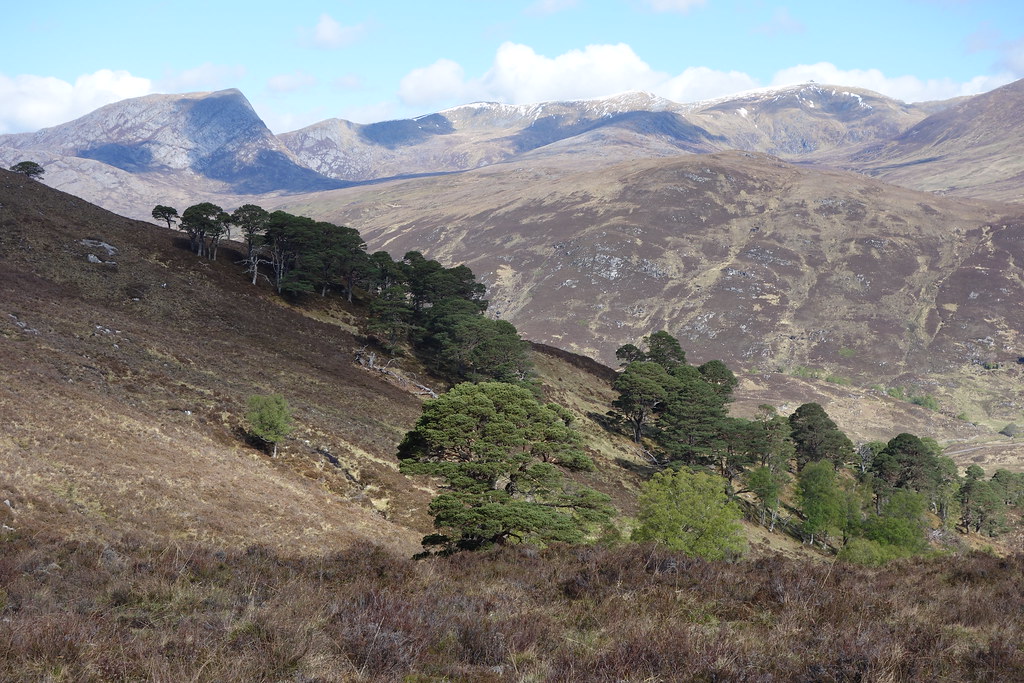 Day 4. Didn't take any photos. The route was the pass over to Glen Moriston and then onto Fort Augustus
Day 5. First of the really hot days. My route took me up through the Stronlairig wind farm, where with the assistance of a fellow TGO,er we managed to find the correct track which required only about 1 mile of rough trackless walking before dropping down to the site of the old lodge and then into Glen Markie where there are some fantastic camping spots. 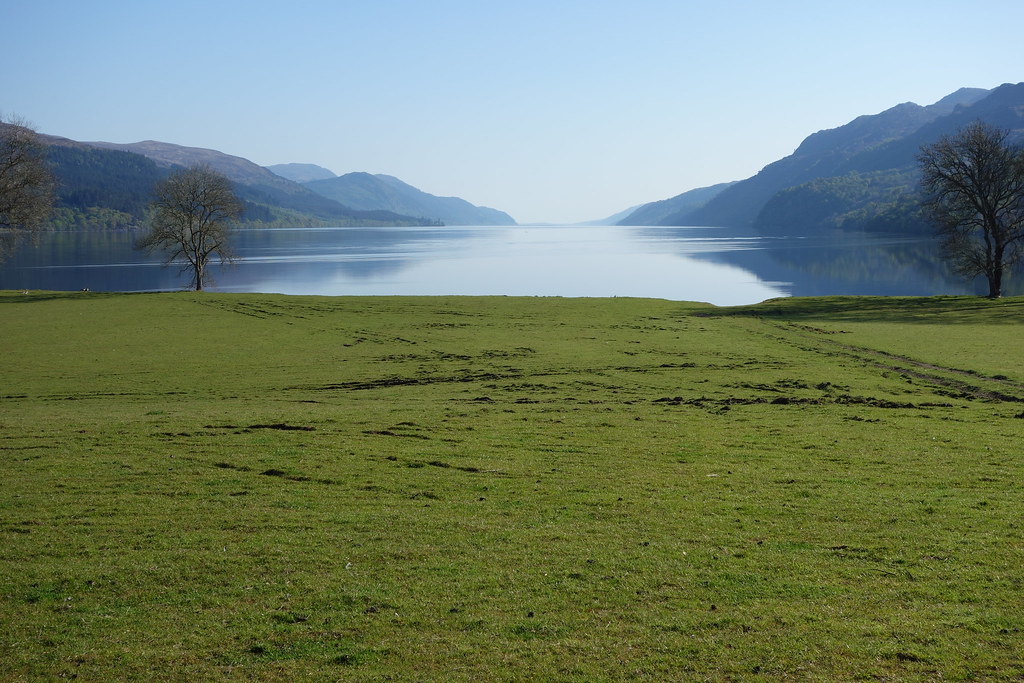 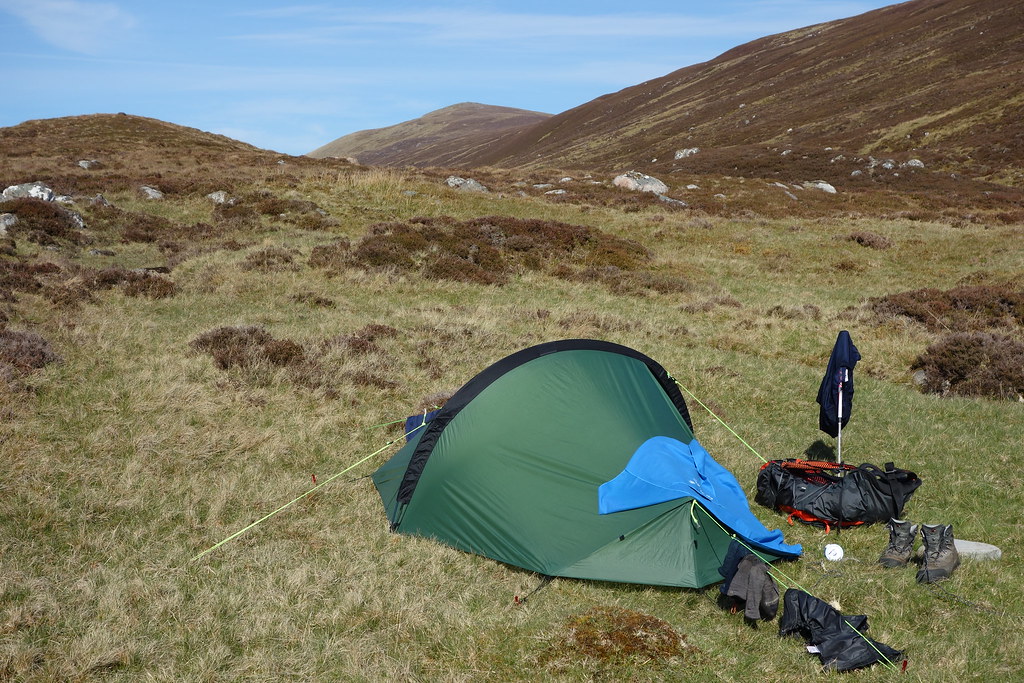 DSC04732
Day 6. A really hot day, with some welcome cloud cover only coming over about 4pm. From my overnight spot I followed the glen NE to River Eskin and then to Dalbeg and Coignafearn old lodge. From the old lodge I took a track about a mile down the glen going over the hills towards the red bothy camping high about 3 miles from the bothy. During the day I had lost my cap, if tomorrow was as hot I would be in trouble 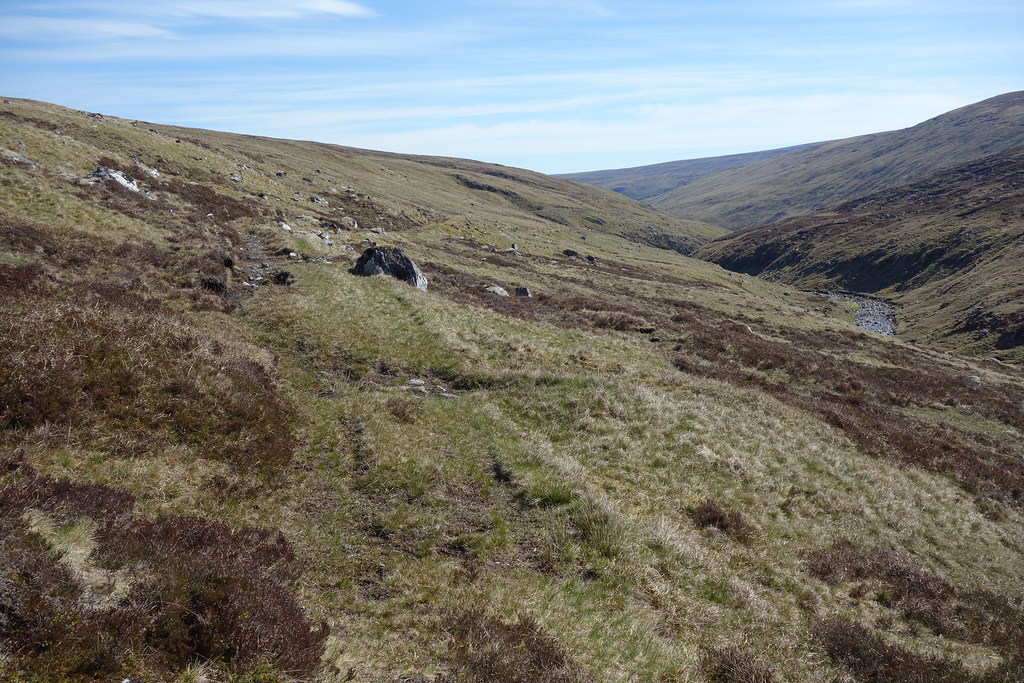 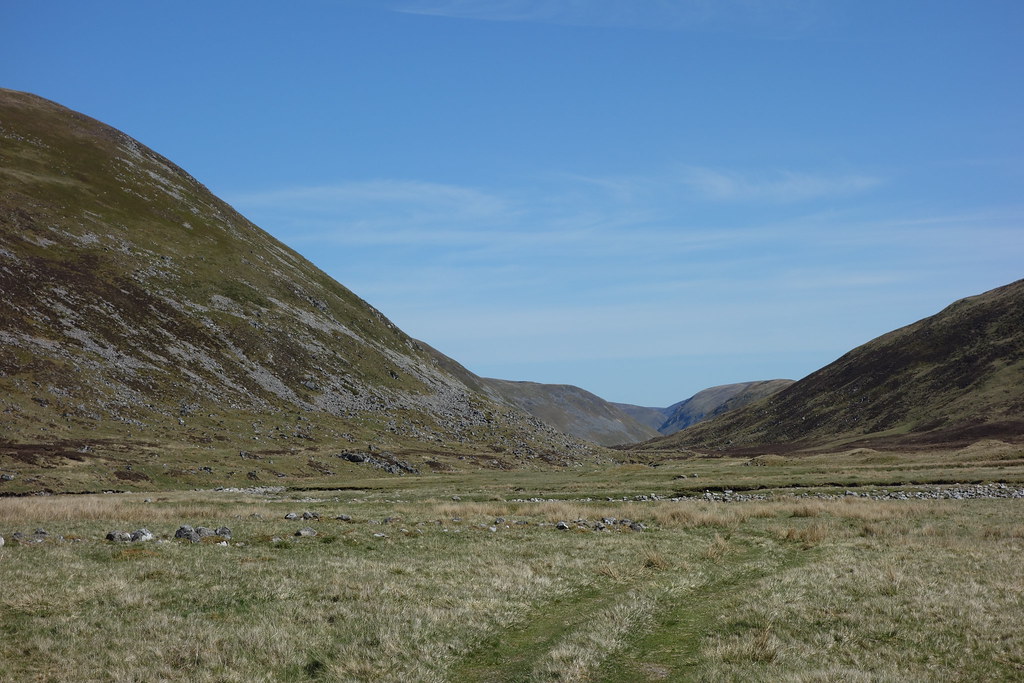 DSC04744
Day 7. Easy half day, which was good as it was hot again. Dropped down to the bothy and up over the Burma road to the Aviemore bunkhouse where I was booked in for the night. 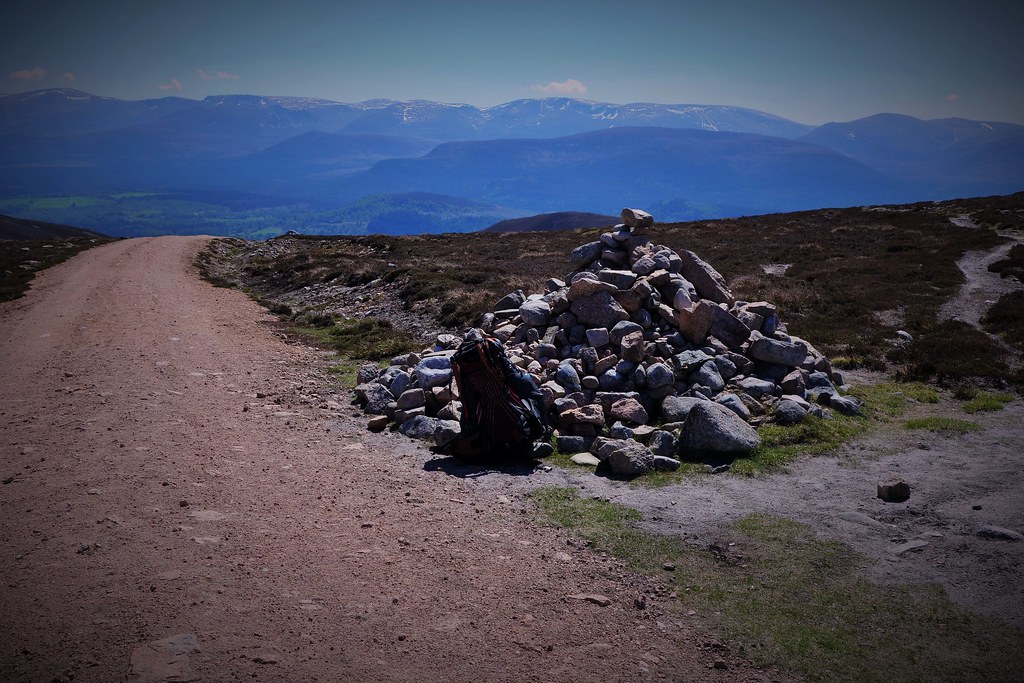 DSC04755
Day 8. Original plan had been to go down Glen Einich and ascend onto the plateau for an overnight camp before doing Monadh mhor and Beinn Bhrotain on the next day. However the weather was changing and rain and misty conditions were forecast for the next day so I changed the plans and went via Lairig Ghru to Derry Lodge. 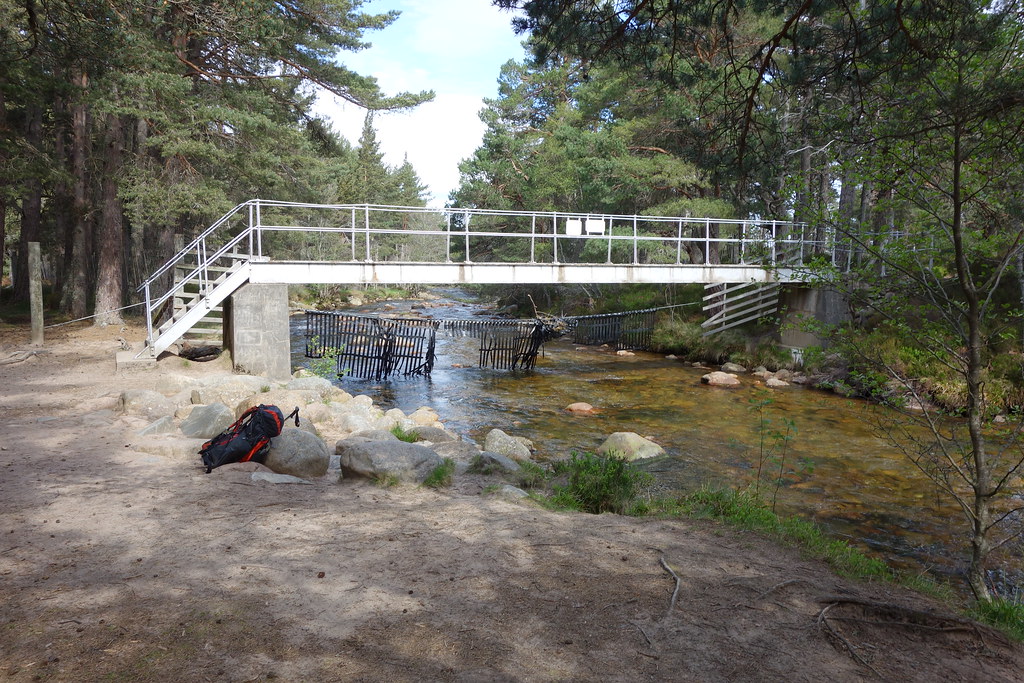 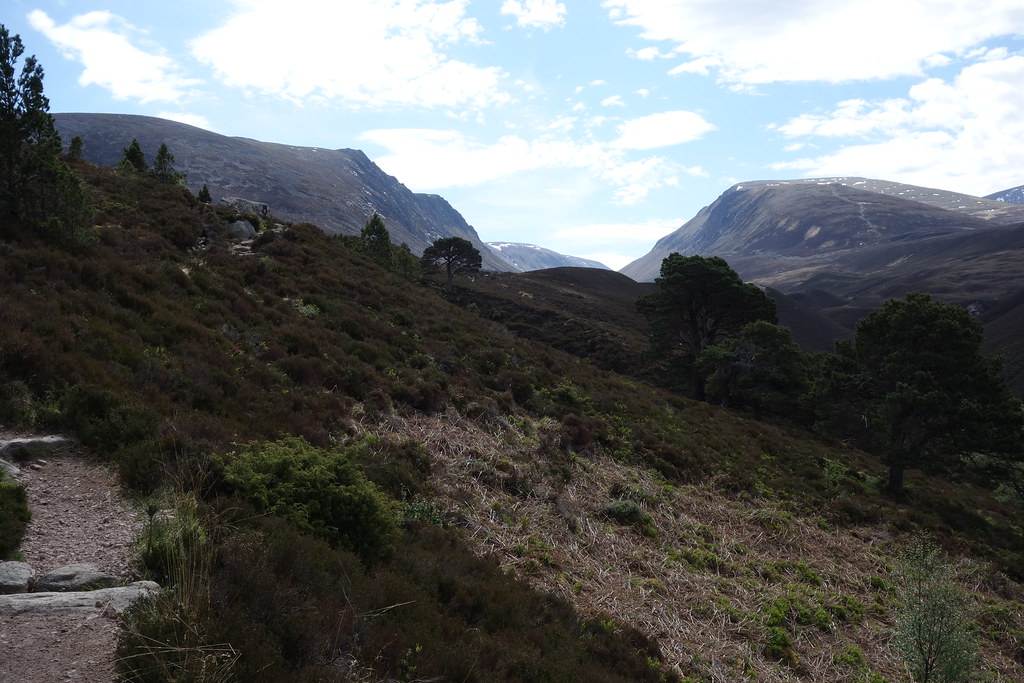 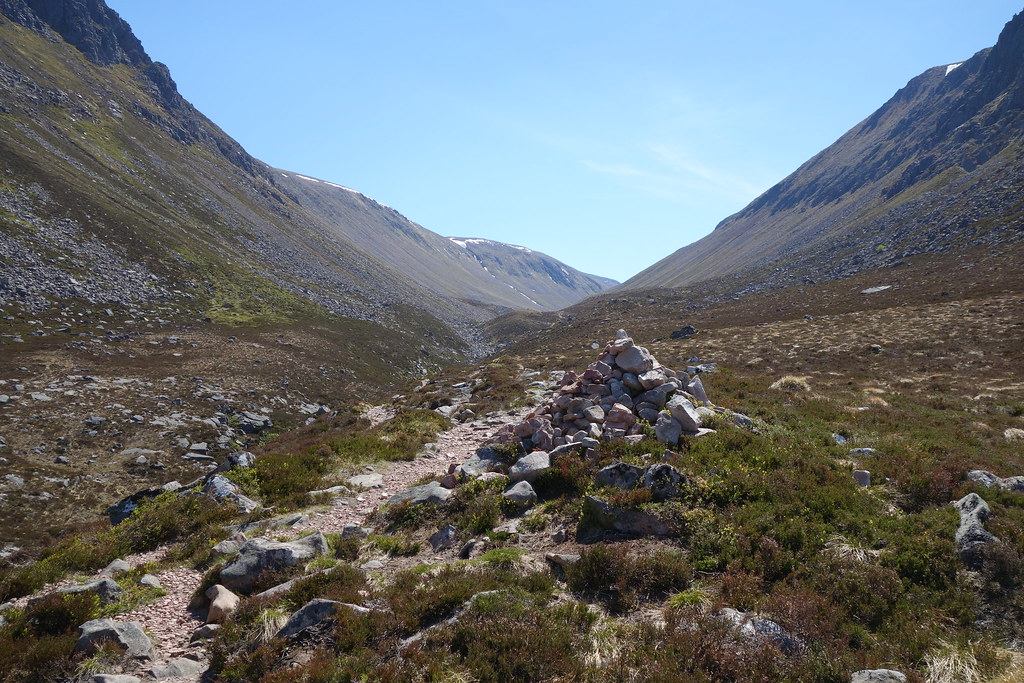 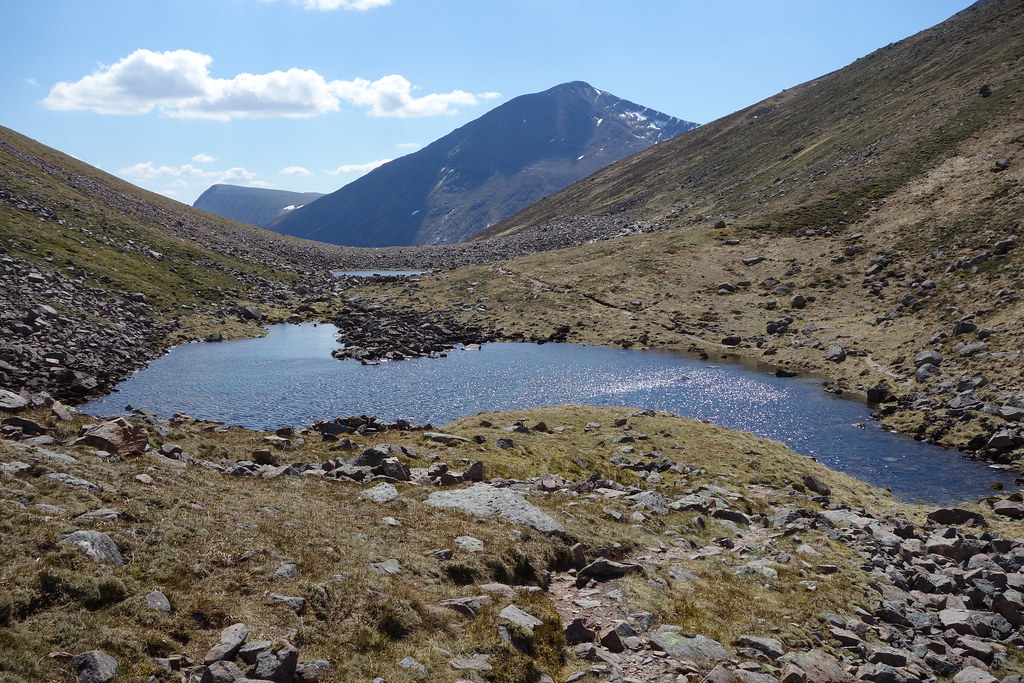 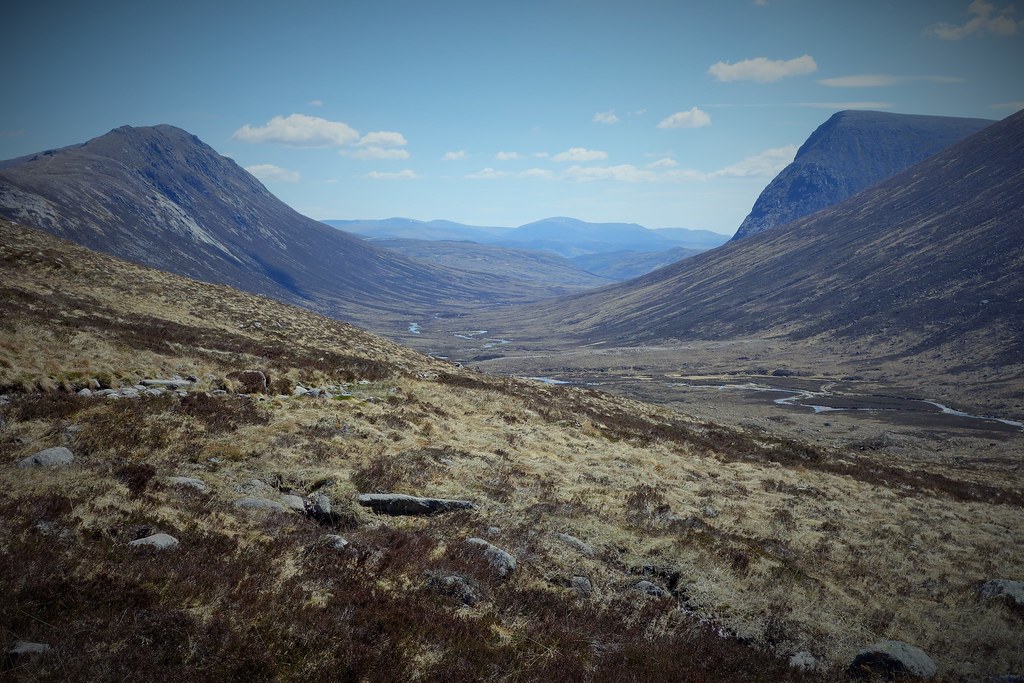 DSC04794
Day 9. A very wet morning. I had got up around 6am then went back to sleep surprisingly waking at 9.30am to find everybody gone. There had about 15 tents around the area of the lodge. Took the easy track to the Linn of Dee and then the back road to Mar Lodge for a brew and then into Braemar where I was booked onto the YH. Met up with Dave again and had a few beers. Due the changing weather changed my plans again. Had planned to go Lochnagar, Sheilin of Mark, Tarfside, Mount Battock and the Fettereso forest before a Stonehaven finish, however opted for an easy finish to the coast at Aberdeen via Ballater and the Deeside way