Closest yet but too far west.

Congratulations! Carn Chuinneag, the hill of the churn or bucket.

was on it less than 2 months ago

rockhopper wrote:Doh :roll: was on it less than 2 months ago

I thought if I pointed that out, it would give you an unfair advantage. Black Panther has written 2 reports.

was on it less than 2 months ago

I thought if I pointed that out, it would give you an unfair advantage. Black Panther has written 2 reports.

Thanks, rohan. I was on it just a few weeks ago as well, but didn't clock it without the hints (I'd read quite a few of the WRs before I went). It's a grand hill!

OK, here goes. What's the hill behind Evie? I'll also accept the name of the hill we're on; if you get one, the other should be easy. 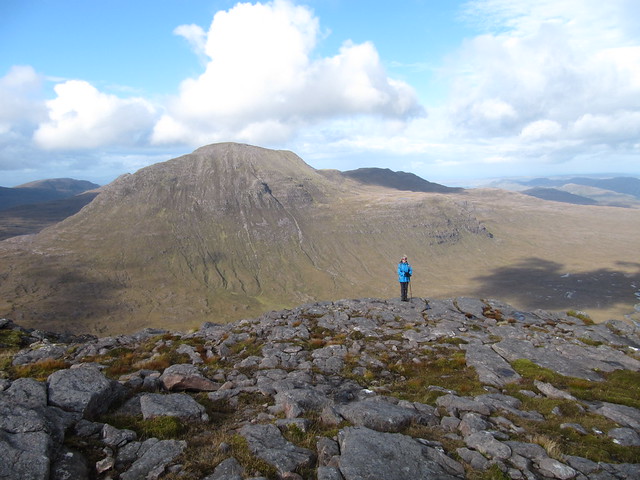 The hill in the photo is a Corbett, the one we're on is...not.

The one we're on is a Graham. Here's another photo -- approaching the summit -- which should help: 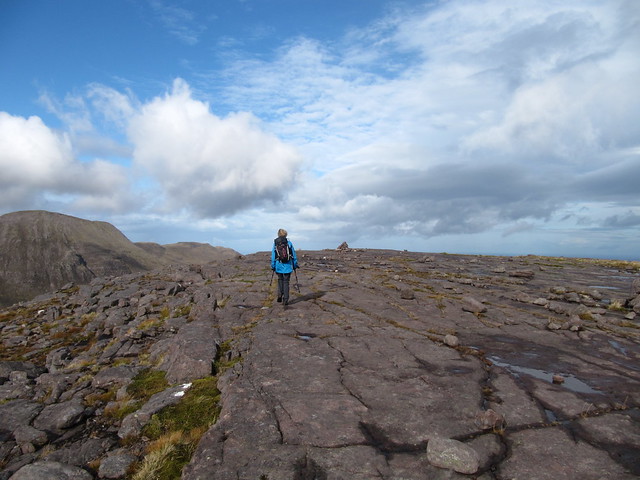 Beinn an Eoin, seen from Beinn a’ Chearcaill? Clue - I am on a Munro, looking towards another.

No, although I see the resemblance!

Will give it another day then will add more clues