Easy for me, for a change!
What lake is this? One of my coldest wildcamps ever! 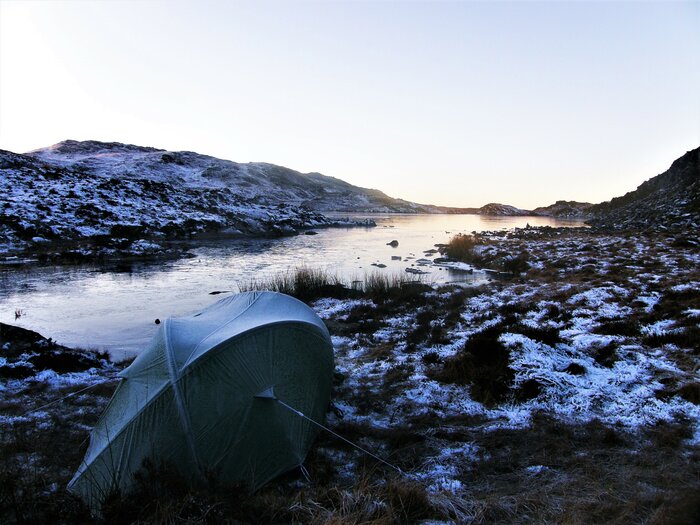 No, I'm not sure where the last 2 lakes are, but to give a clue this is in Snowdonia.

Clue needed?
Its in the heart of Snowdonia, not too far from the big mountains. Sugar, I should have recognised that one

A clue: one might say this is close to the only Lake in Wales, north of Swansea.

I thought that clue would make it easy. Here's another clue - this photo was taken not far from the last one. Well, the image reminds me of Pistyll rhyd-y-Meinciau, near Lake Vyrnwy. Doesn't fit the N of Swansea bit, other in that most of Wales is, or the only lake bit, but I'll give it a go anyway.

If that's another name for Rhiwargor - I can't tell for sure - then yes.

Yes, the Pistyll is the falls just up from Rhiwargor. Nice spot.

Ah, didn't find the Lake bit, as its also Llyn Efyrnwy on the maps, though I did get the capital bit. I also had a vague feeling that Llangors Lake was also the official name, but I think I'm wrong in that.

Anyway, thanks, I'll dig something out.