Check this board for announcements about new features and content on Walkhighlands
Post a reply
28 posts • Page 1 of 2 • 1, 2

We've added new interactive personal island-bagging maps to Walkhighlands alongside the hill bagging maps, so you can record which islands you've visited so far - and which adventures still await you.

This ties in with our new book Scottish Island Bagging, which is being published by Vertebrate on Oct 3rd, but is now available for pre-order at 20% off.

There's details about the book and the islands on our Scottish Island Bagging page. 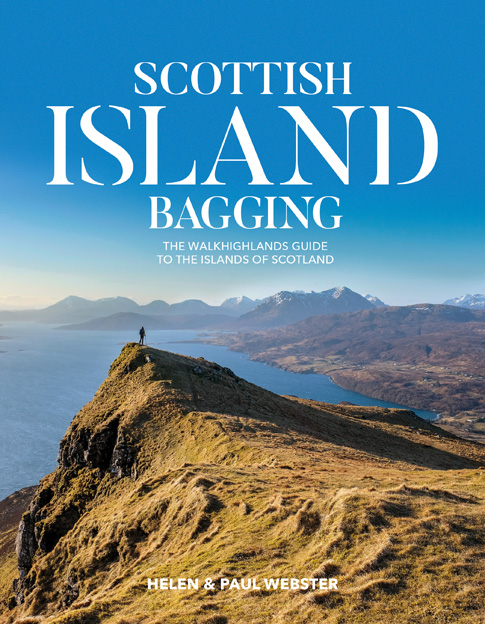 I am very lacking in ticking these (adding in islands on inland lochs would make a huge difference to my count, but isn't really realistic on a walking website!!!)

There's one I've been on that is of a decent size but not on the list: Oldany in Edrachillis Bay. Spent 2 nights there back in 1985, I think, taken over by local boat. There's no ferry though. It has one of the most stunning double beaches anywhere on the east side.

Thanks! We did think about and discuss with the publishers about the freshwater islands - I reckon Inchcailloch is a real gem amongst the Lomond ones, and then there's the ones in Loch Leven, Maree and the Lake of Menteith etc.... but it was decided stick with islands in the sea.

Oldany is as big as any that didn't make the cut - that beach looks fab. We decided not to have a strict size definition as there were some really tiny ones that were too good / fascinating to exclude, but then if the net got much wider the book might have been less interesting for it - didn't want it to become a dry reference.

Hopefully we've struck a good balance; the book assumes most readers don't have their own boat.

I cannot find a box for ticking off to allow Red to become Blue on the Island Bagging site.

Thanks for that I'll check it out👍😁

Helen is ahead of me. We have been working on a book though!

Paul Webster wrote:Helen is ahead of me. We have been working on a book though!

Might be tempted to get a copy of that book. Looks interesting!

Yep, there‘s a report of my Rona trip on this site https://www.walkhighlands.co.uk/Forum/viewtopic.php?f=9&t=65631 and a dude even made a website with some of my pics https://www.historyofnorthrona.com/

I remember that report now - superb stuff, a real adventure.

Oh dear, oh dear, I am a grumpy old git. I loathe and detest the term "bagging" which implies taking something and stuffing it in your bag. Indeed a lot of people will state "another one in the bag". Unexpected item in the bagging area, indeed. I have absolutely no problem with people ticking something off a list, turning a red dot, blue, logging it in their log book but "bagging" , oh no!. I would like to mount a campaign against the term but I suspect it is too ingrained in the human psyche and I am in a minority of one. Now when I look for the mountain drop down lists, I see "Bagging" aaargh. Sorry ( 'cept I'm not really!)

I do know quite a few people have that reaction! I think it's associated for many with just rushing around tourism hotspots like Glenfinnan Viaduct or Eilean Donan to take selfies at them before rushing off to the next and not really taking them in. It's a bit of an unfair association, as doing a round of Munros (or indeed islands - though there's really no end to that) is actually going to take a lifetime for most people - the opposite of 'doing' Scotland in a few days.

We're trying to claim the term back from this - hence:

How do you bag an island?

Even if you are happy with your choice of island destination, the question remains: what does it take to 'bag' it? True island-bagging is S-L-O-W tourism. Most people would say you had to at least visit it, but if you simply tag the island and then leave, have you really experienced it?

What makes each island special? There is no one answer, and so there is no single way to bag an island. We think you really need to experience something of each island's unique character. If it's a small island, you might just have a day visit, or you might stay overnight; you could climb its highest hill, or circumnavigate its coastline. You could uncover its history and culture, sample the local island produce, or take part in a community event. Which island experience you choose is entirely up to you... but you need to go slow and really soak up what each island offers to be able to truly count it as 'bagged'.

Hi Paul, does Rough Island not count near Kipford, Solway Firth, it's tidal , just wondered as it would my increase my number bagged by ONE😁

Following my GOG post, I am delighted that the island I am named after is featured as one of the islands "of interest" but without a regular boat service. I have yet to make it there (although have viewed longingly it from the mainland). My name is the anglicised version of the name as that was the form used on the map my father chose it from.

Hi Rodmeister, I've actually been to that one too

I think access is discouraged during the nesting season, but fine at other times.

As we've explained on this page, we didn't go for a rigid definition.

We're thinking me might add further minor islands like this to the map in an update later in the year so you can record them, though obviously not to the book. But we will still have to draw the line somewhere, as island bagging really goes on for ever - there are always smaller and smaller islands, stacks or skerries to consider. It's not like other lists as I don't really think there's a finish line.

Rohan, I've not worked out which island you mean. I'm guessing something related to the gaelic for seal?

Return to Walkhighlands announcements and feedback