First real walk after lockdown restrictions eased. Jist a wee walk to check if the legs still worked.
Parked up at the Tap o Noth car park. The first bit of the path up to the double kissing gate had been re-surfaced nicely.
A bit dubbie at bits on the path to the comms mast before heading up to the fort. 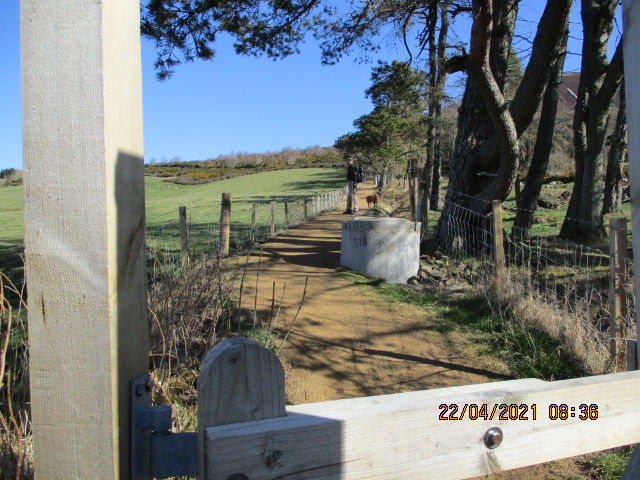 Stopped for a pic at the trig. We'd both done Tap o Noth before and were only using it to get across to Hill o Noth more easily. 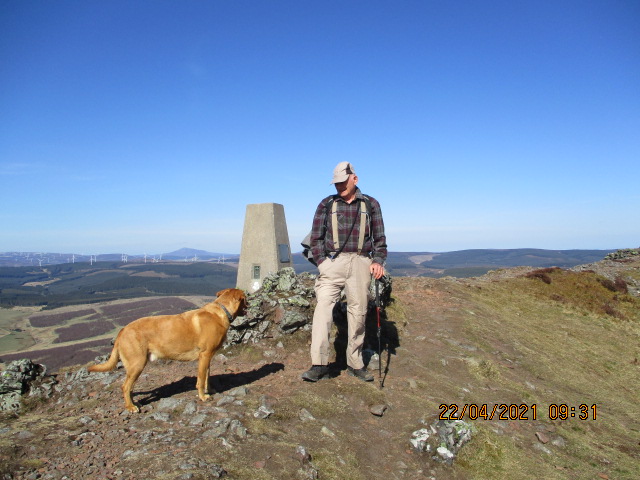 There was a chilly breeze on top so we picked up a path at the SE end of the fort to the ENE down to the bealach through a broken down fence, followed it SE for a bit then broke off to the top of Hill of Noth through the heather. as there didn't seem to be a path. 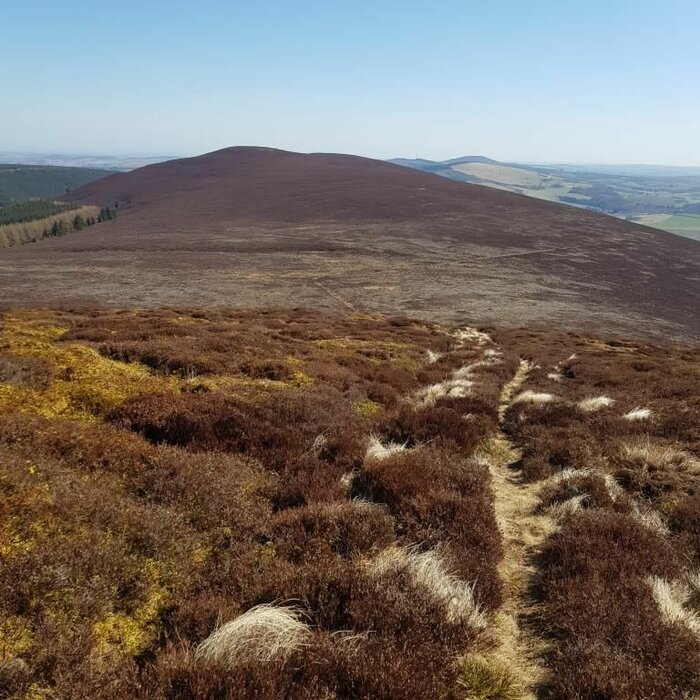 The path across to Hill o Noth 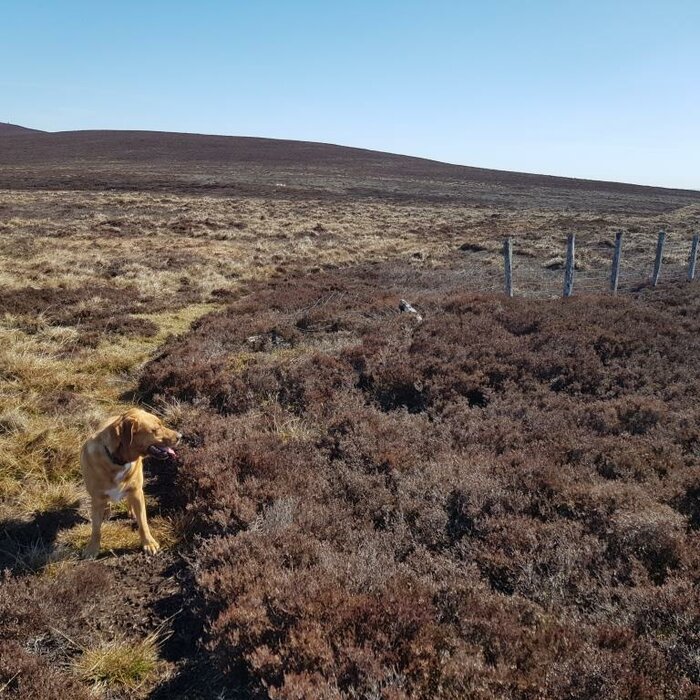 The broken fence on the way across to Hill o Noth

The top was marked by a paltry cain, but we continued to the fence strainer a wee bit further on. 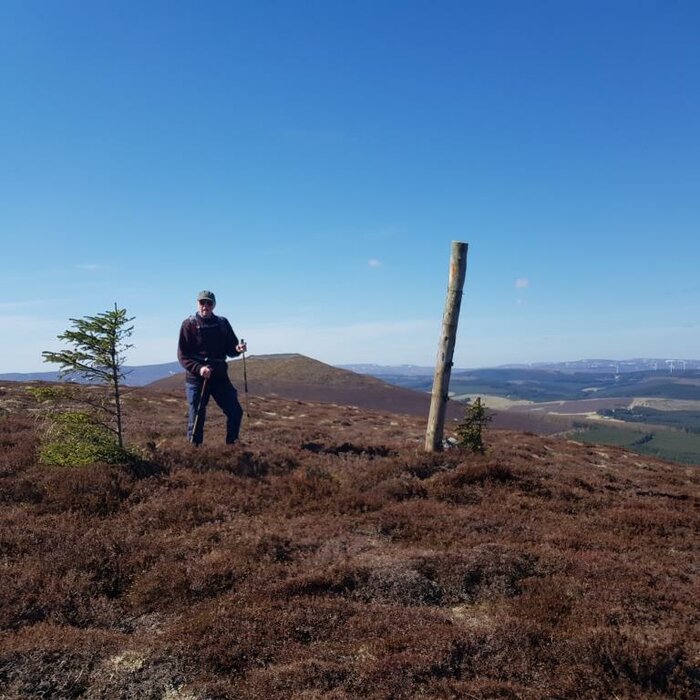 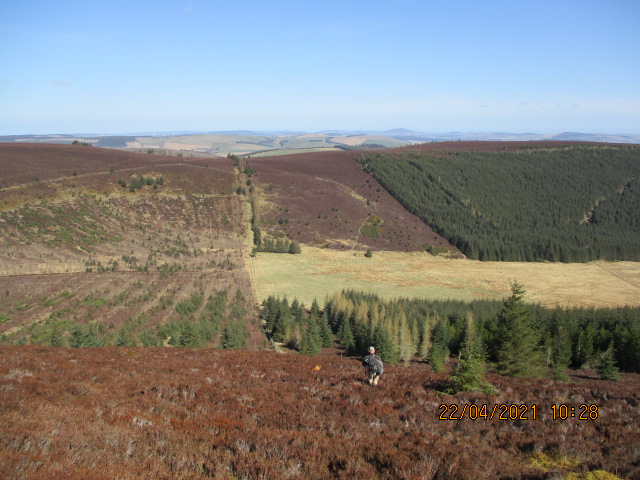 The way across to Cat Craigs ( CC on Left)

Scoping out the route to Cats Creag, we altered our original plan and descended along the fence line from the top of Noth to avoid a deer fence enclosing a bit of new forestry. A bit steep and heathery, but the route up the other side was grassy with an animal path alongside the deer fence. 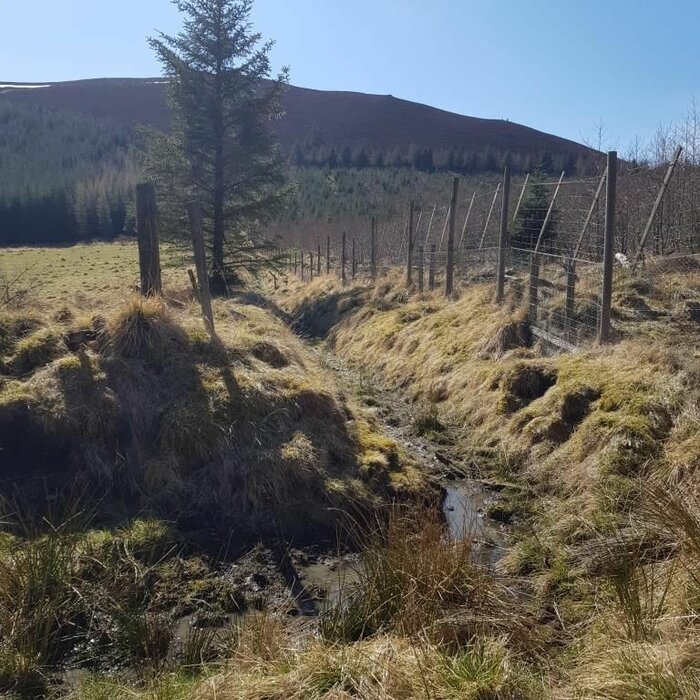 At the top of the fence we cut up and over to the top of Cat Craigs, passing the very overgrown track on the way.
Good job we didn't follow the original plan, as the track didn't exist and the heather we descended from Cat Craigs was quite deep and would've been a toil ascending it
Near the top GordonC found a warm bit o moss to lay our weary selves on for a piece.
H fairly woofed down his bonio snack ( he's on a diet ) and bits o GC's apple. 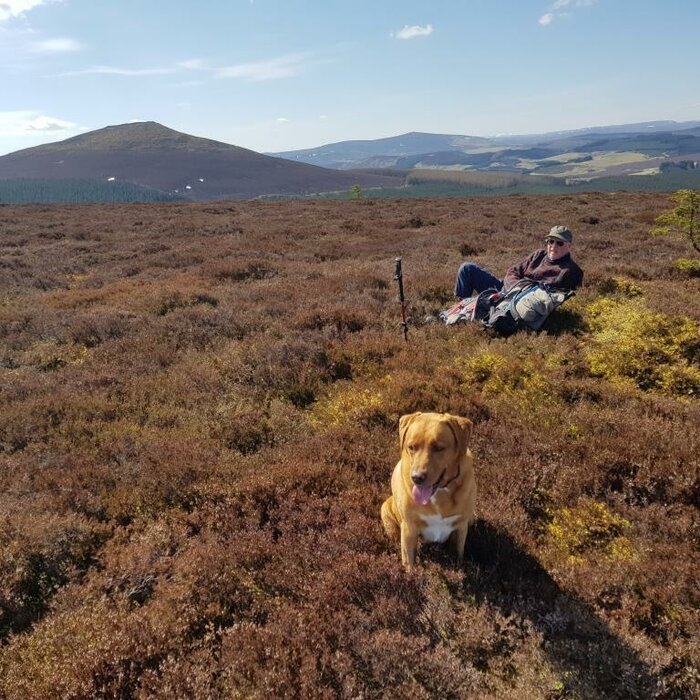 GordonC's comfy moss seat at the top of Cat Craigs

Headed straight down to the track, then along the edge of the deer fence until we came to a track in the forest formed by a harvester. It was a bit trashy, but not too difficult. 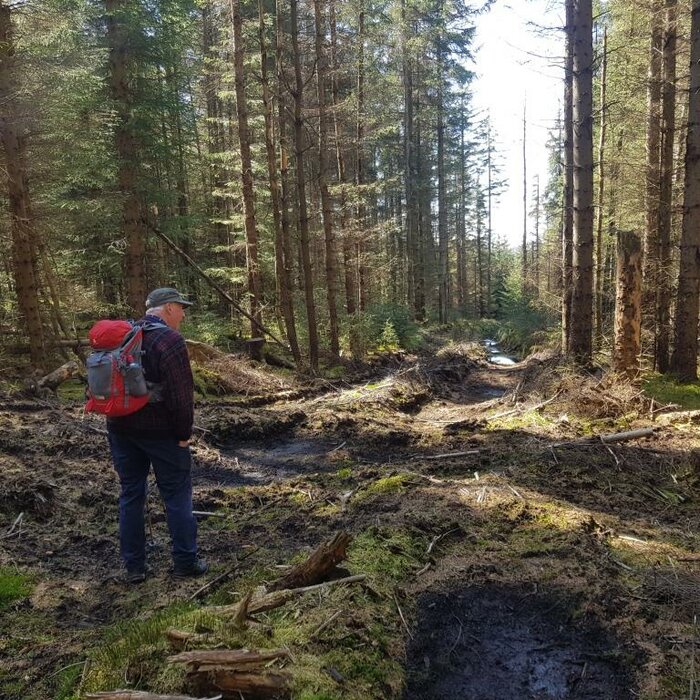 The harvester track through the forest on the way home

As usual, when we intersected the track used to service the comms mast, we could see a good track disappearing back into the forest parallel to the harvester track we'd just followed and about 50m away ! 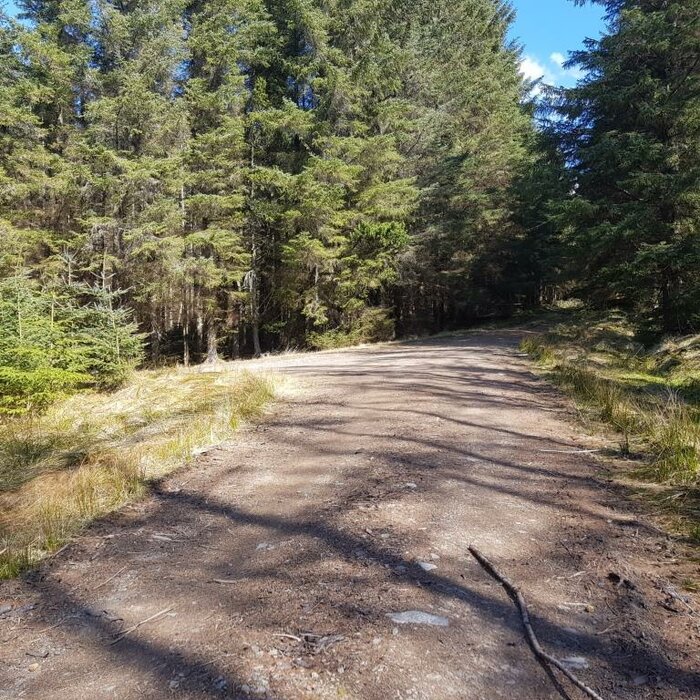 The parallel track through the forest that we should've taken...

Och well, we followed the track back to the comms mast, with its diesel PSU thrumming away, then down the Tap o Noth path to the car.
We lucked out this time at Alford - the cafe was open, so we had our coffee and bacon roll sitting outside, before heading home.
A great day in blazing sunshine to ease us back into our weekly walks. - what not to like ?