Cairnpapple Hill And The Cow That Wasn't There

Cairnpapple Hill And The Cow That Wasn't There

On the way to Edinburgh in October I finally got round to "climbing" Cairnpapple Hill: possibly the most straightforward hill on this entire country. The word "easy" is banned in all my walk reports: I never want to feel complacent about a single hillwalk, and I also never use words like "conquered" or "I've done that hill" for similar reasons. But if there's one exception to the rule, it's Cairnpapple Hill. 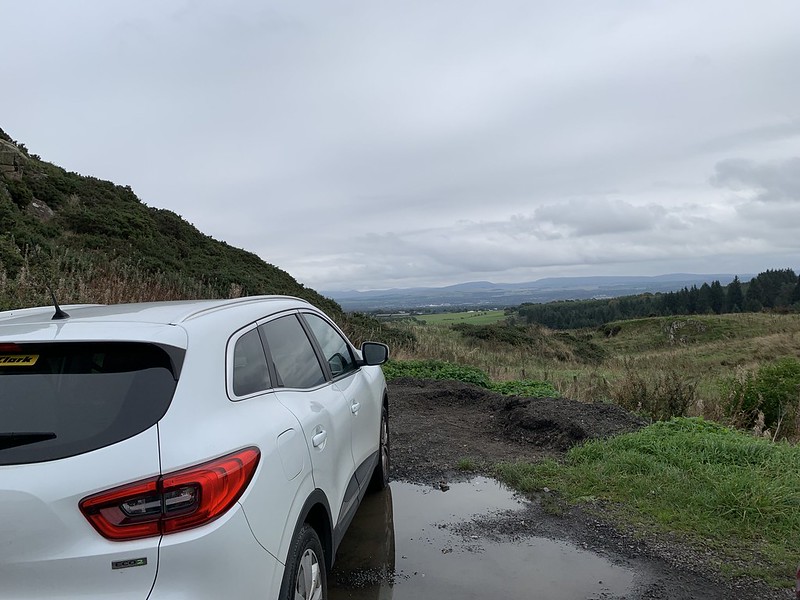 My wife hates hillwalking so stayed in the car. Thankfully this wouldn't be a long wait for her. 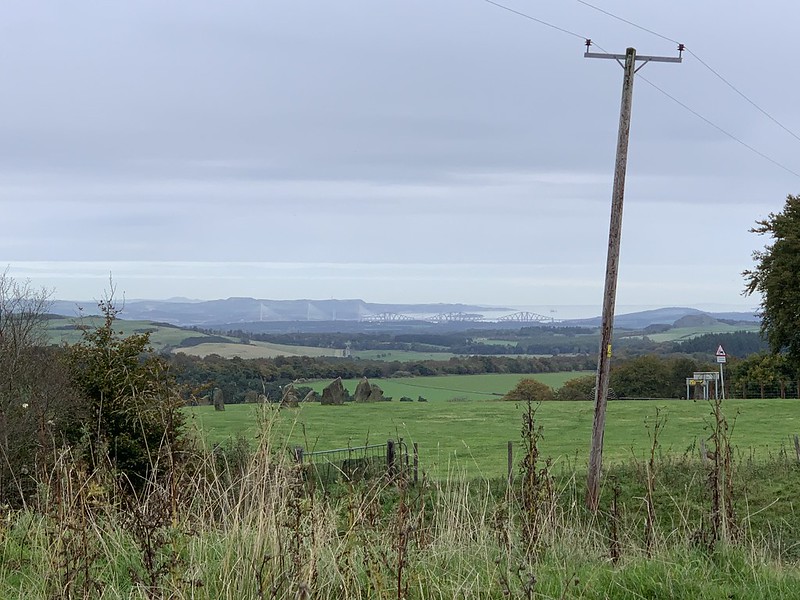 I thought about taking my daughter (she's technically climbed three Marilyns so far, with Daddy's help, and this would be an "easy" one to get to No.4). Unfortunately I had read about a terrifying bull in one of the fields at Cairnpapple Hill, and didn't want to risk it. I felt scared enough for myself, in fact. This would have to be a smash and grab... 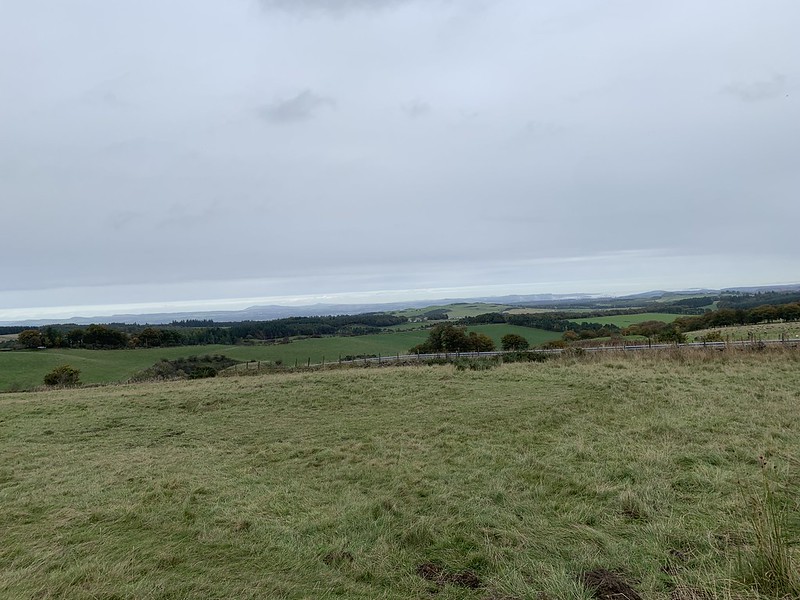 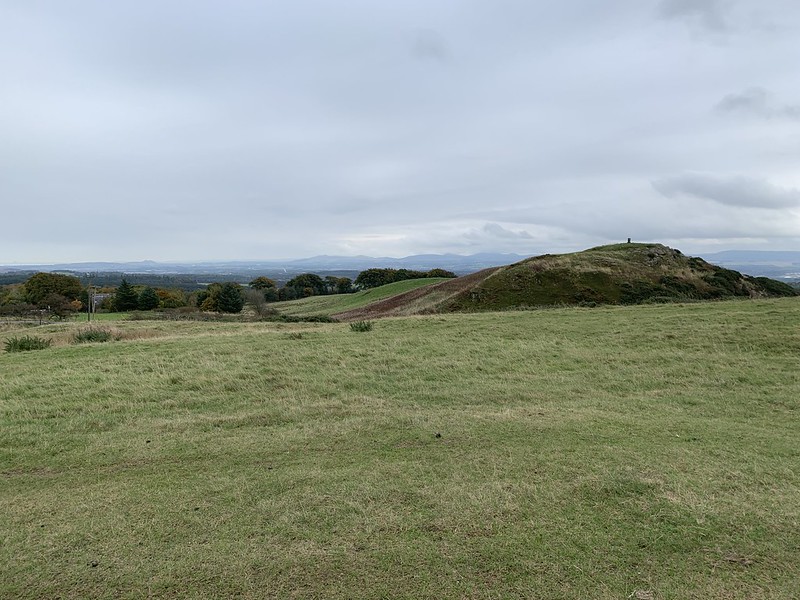 I wish The Knock was the true summit for several reasons (not just the cow), but it's a handful of metres lower. 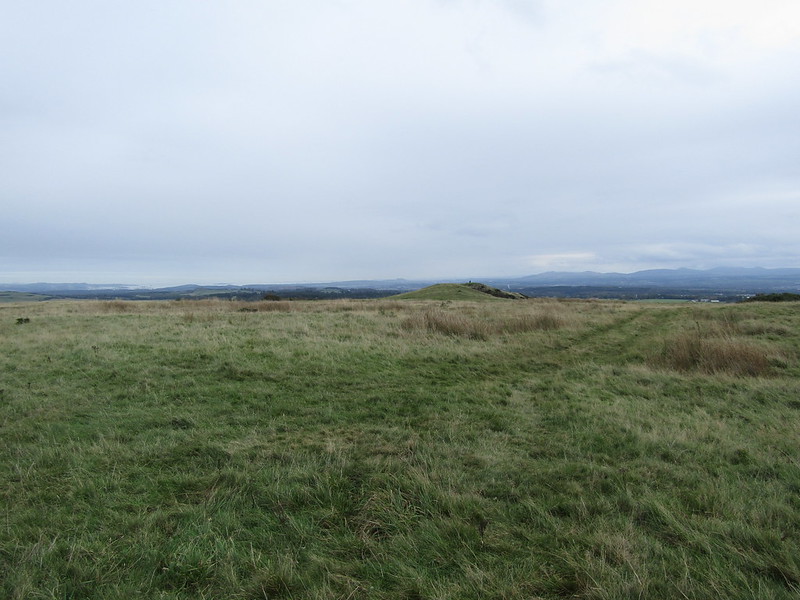 Looking back at the strenuous climb so far. 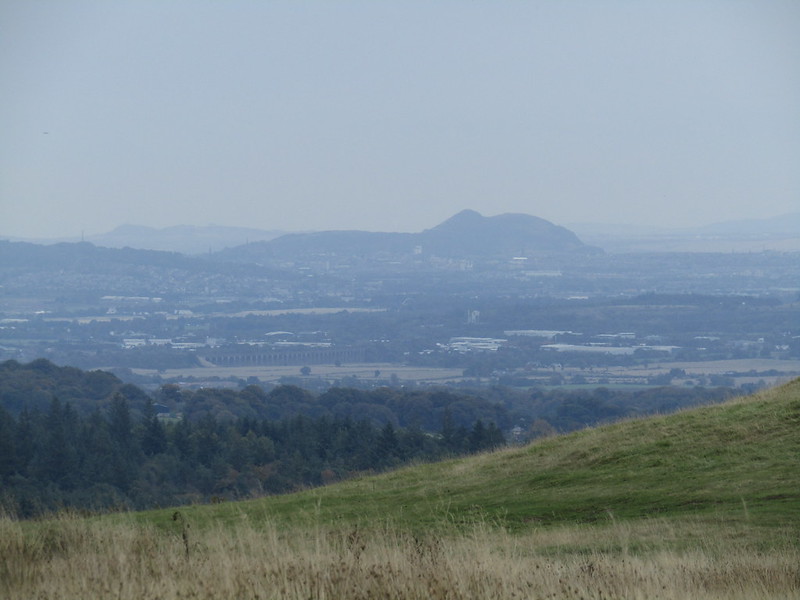 Great views towards The Capital. 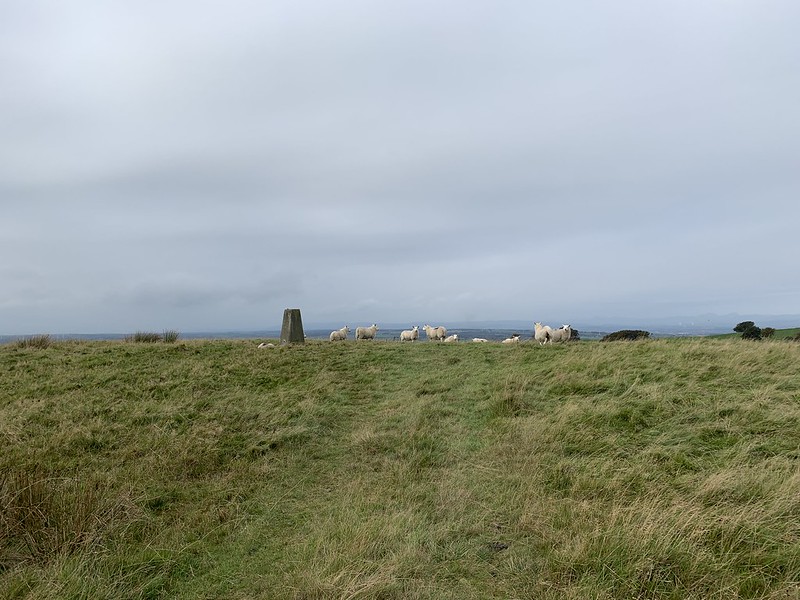 Finally! After eight long, hard minutes and about 30m ascent...and there's a security team around the summit. But no sign of The Cairnpapple Bull... 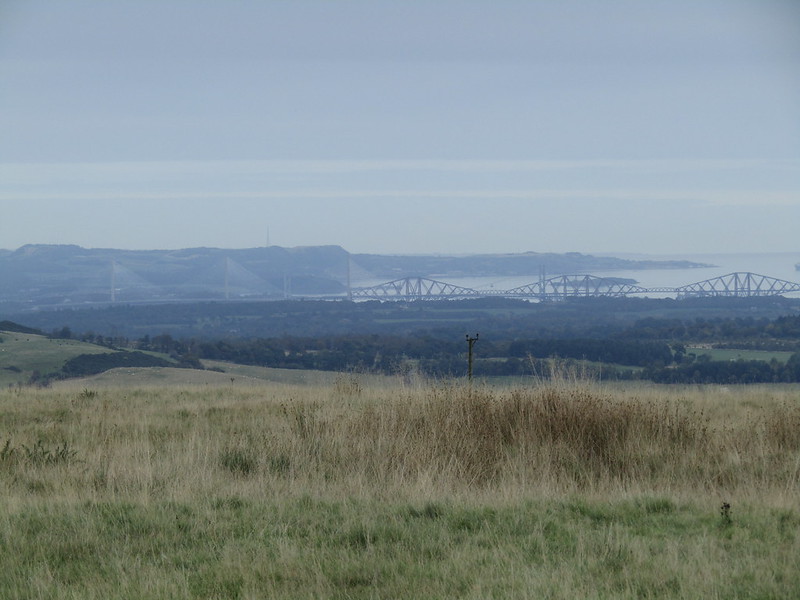 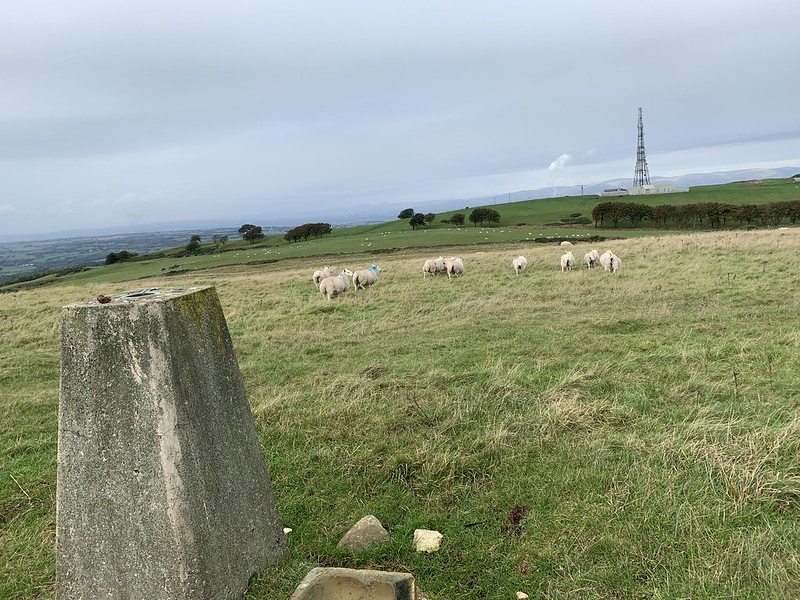 All the people on the Hill Bagging website (who write down all the metadata about trig points) say the "true summit" is about 5m Northeast of the trig, but I forgot to walk over every individual blade of grass. Maybe if it was a Munro I would have. There wasn't anything that was obviously higher than the ground underneath the trig, and in that situation as long as I touch the top of the trig then logically I've summited. In any event, I couldn't guarantee The Cairnpapple Bull wasn't lurking with intent, so it was time to go... 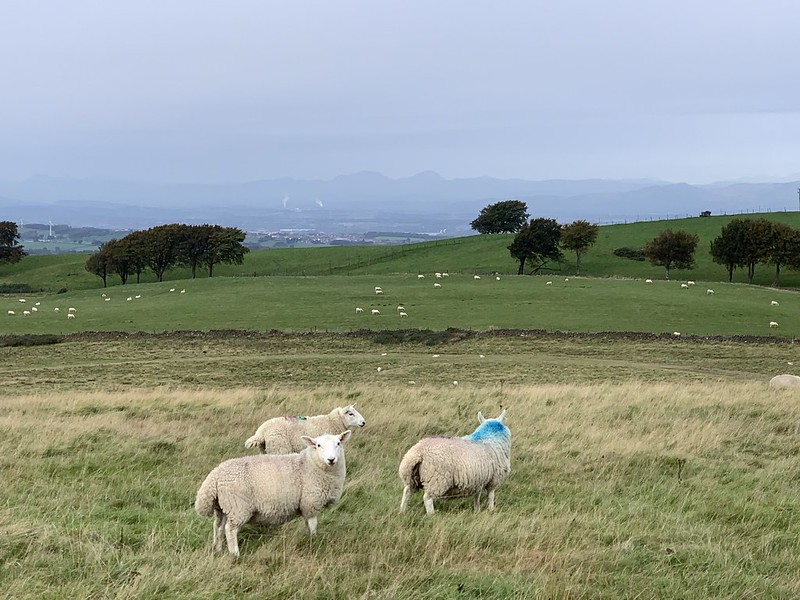 Stuc a'Chroin and Ben Vorlich (and some sheep). 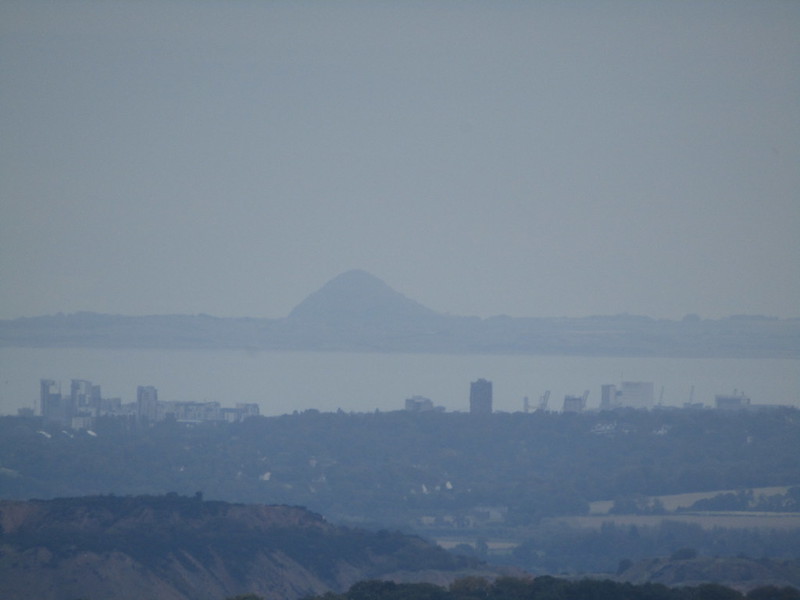 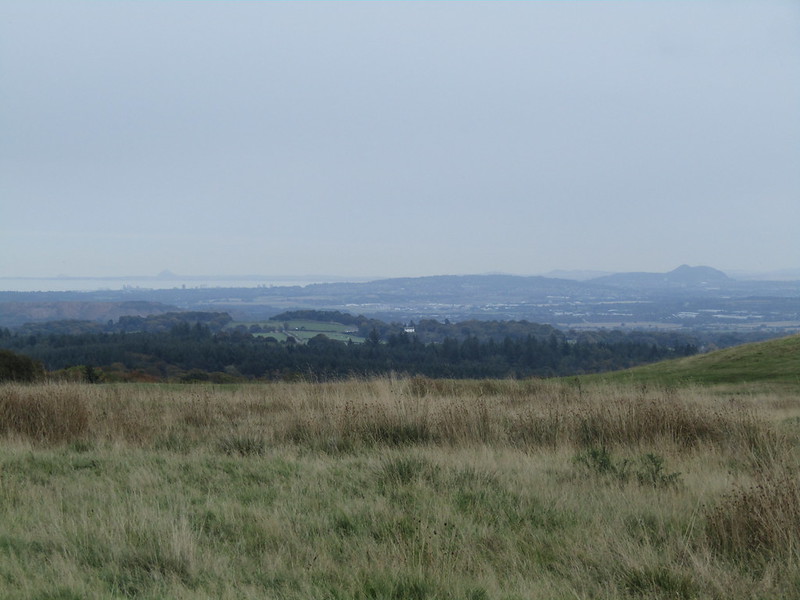 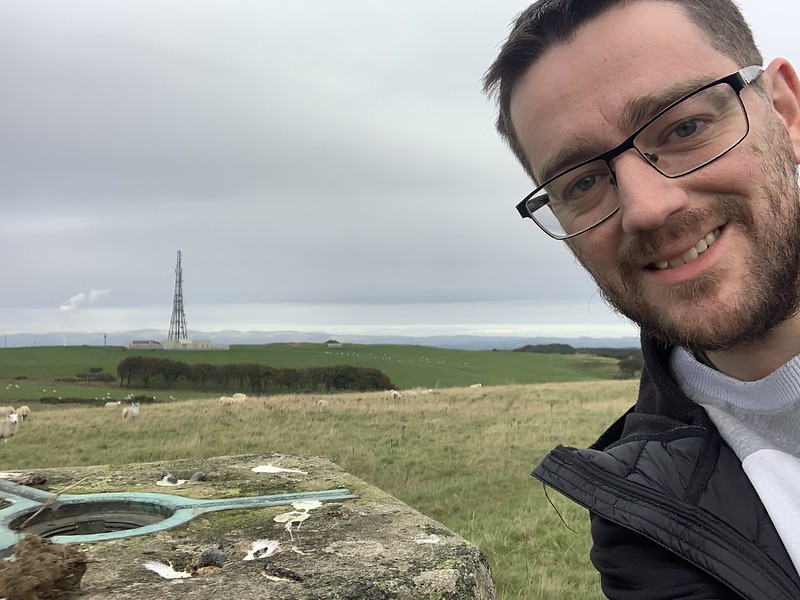 The only "easy" hill in Scotland! 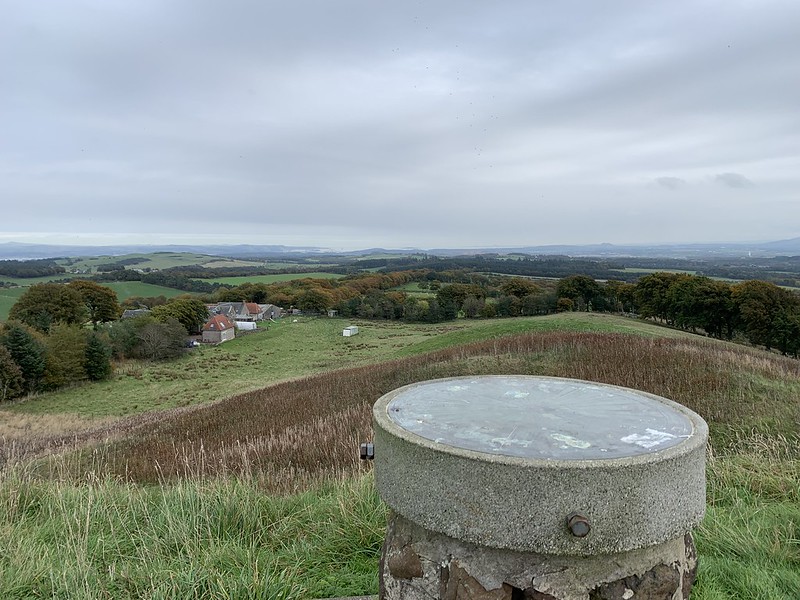 I went over The Knock on the way back "down". 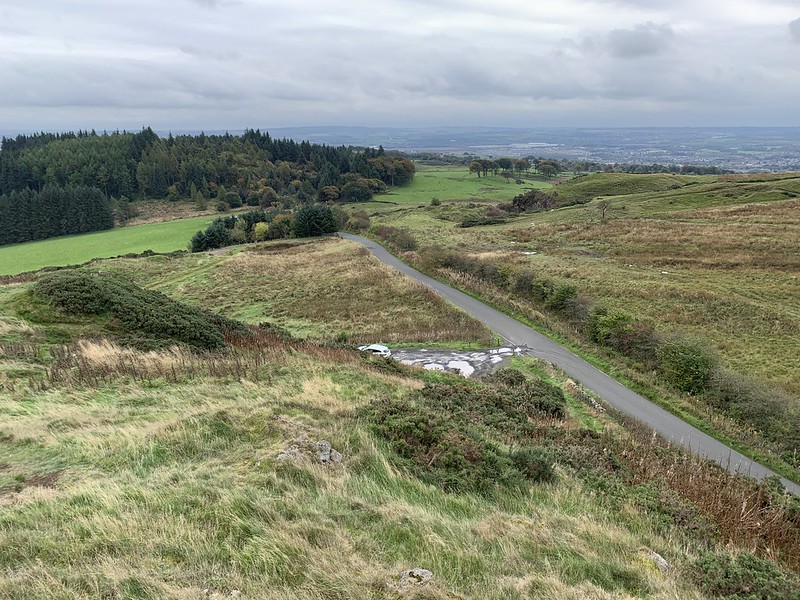 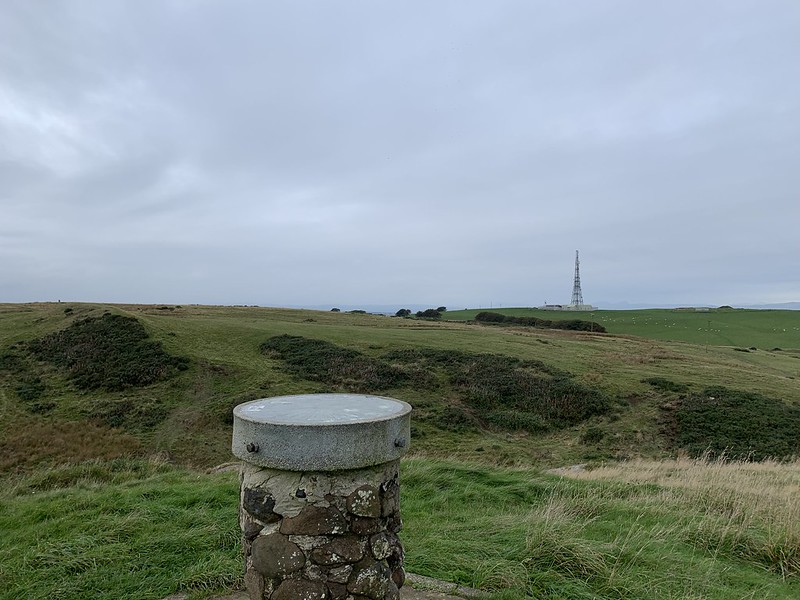 The view back towards the "climb" up Cairnpapple Hill, and the other hill (2m lower) to the right. 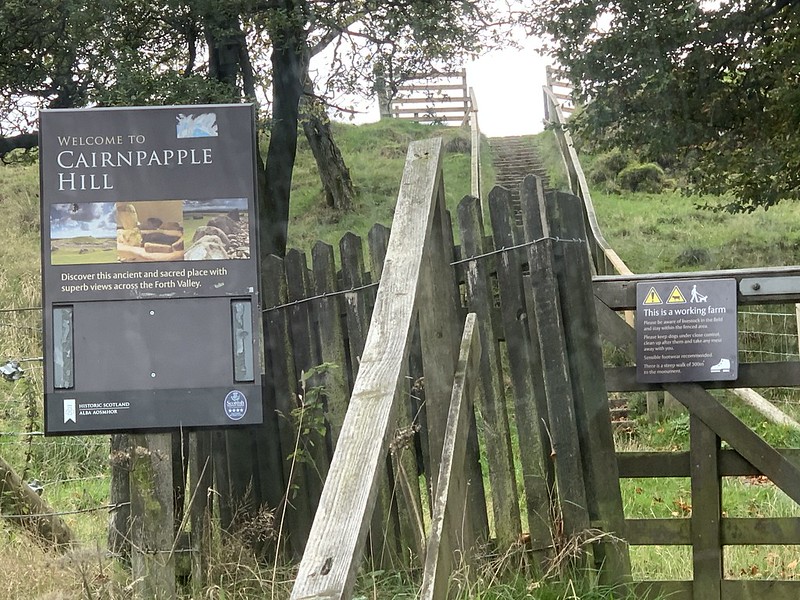 I was intrigued to complete the set and climb the third and final hill, as this is the one that houses the famous cairn. In the end all three of us climbed this one, as it was fenced in. Also, it appears that the sign about The Cairnpapple Bull has now been removed. Has he moved onto that great farm in the sky...? 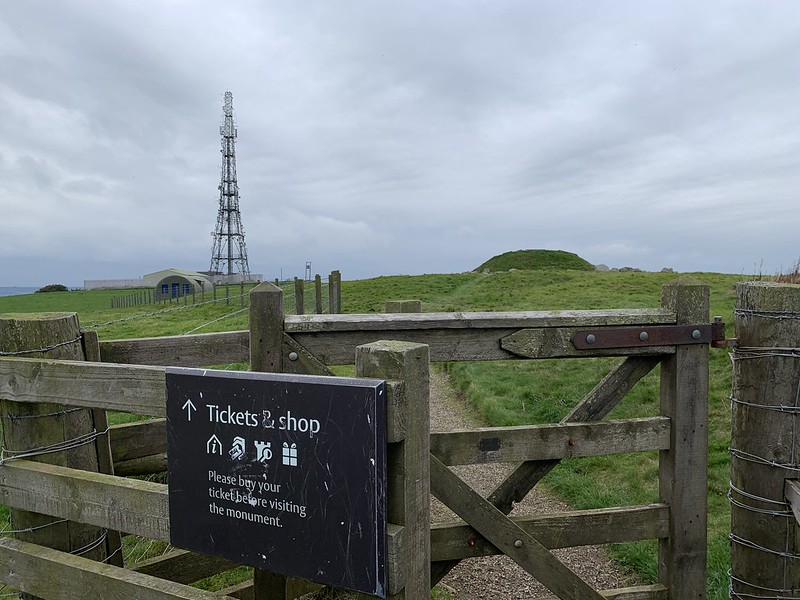 Tickets for a hillwalk? Is this the "Marble Arch Mound"? 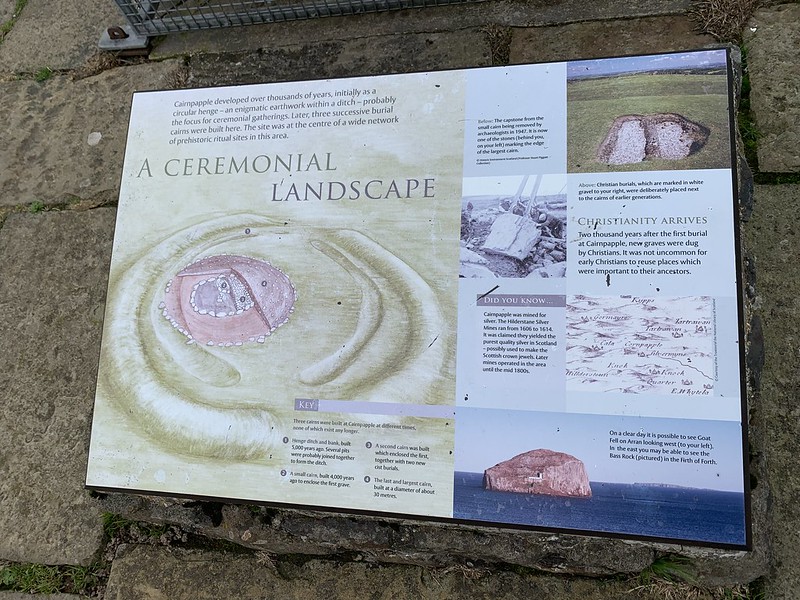 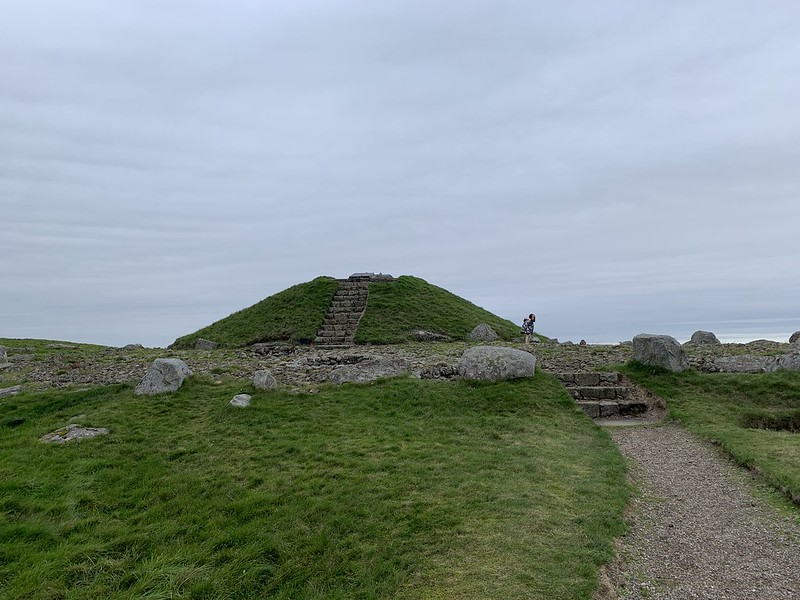 The shop (and the inside of the cairn) was closed for winter, so we explored it briefly then returned to the car. Maybe one day when I'm passing Bathgate again I might bring my daughter back up there for an "easy" fourth Marilyn. Assuming The Cairnpapple Hill has not returned... (god rest his soul)...? 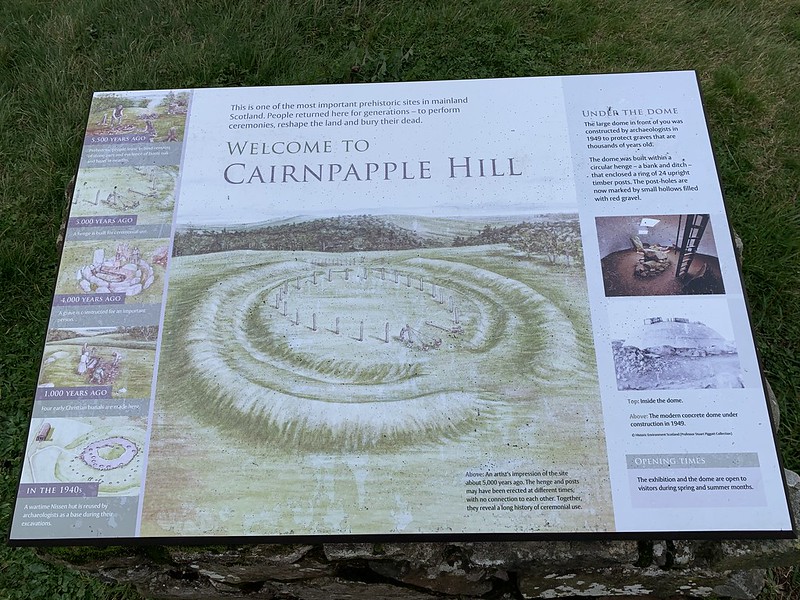