A glimpse of the Fannichs

A glimpse of the Fannichs

Sub 2000' hills included on this walk: An Cabar


A good day in amoungst a lot of bad, Malky suggested using the bikes to get to Loch Fannich. This was somewhere I'd never been to so I was keen - we've discovered that I can generally do more on my bike than on foot and it gives me a feeling of having actually achieved something. Of course, this works better on the flat. 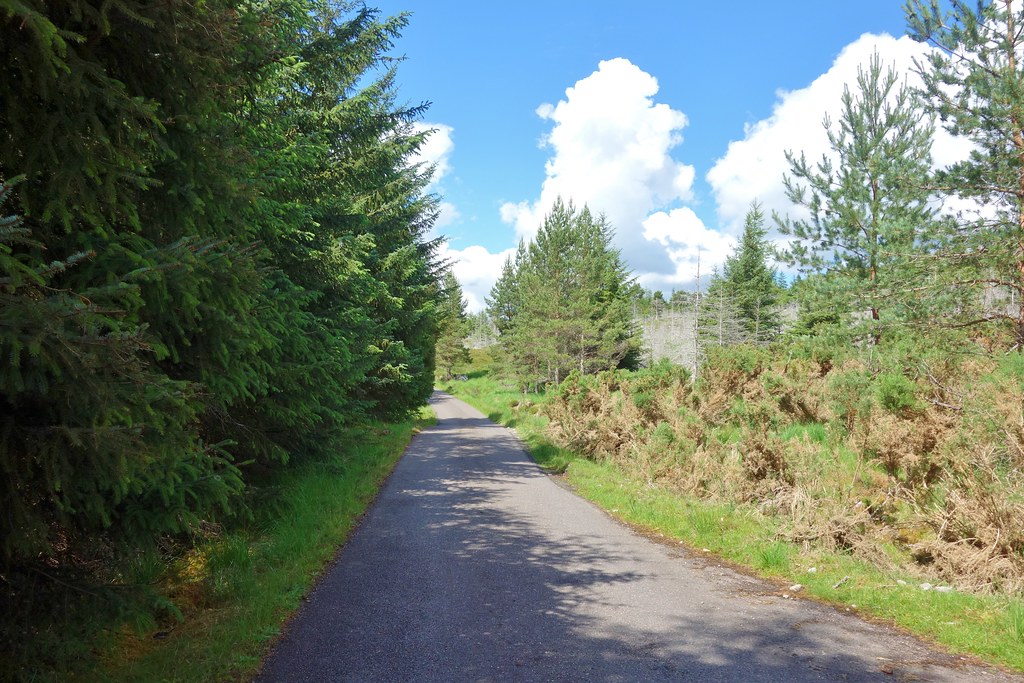 Although I was feeling knackered already, there was no denying it was a stunning glen and definitely worth exploring 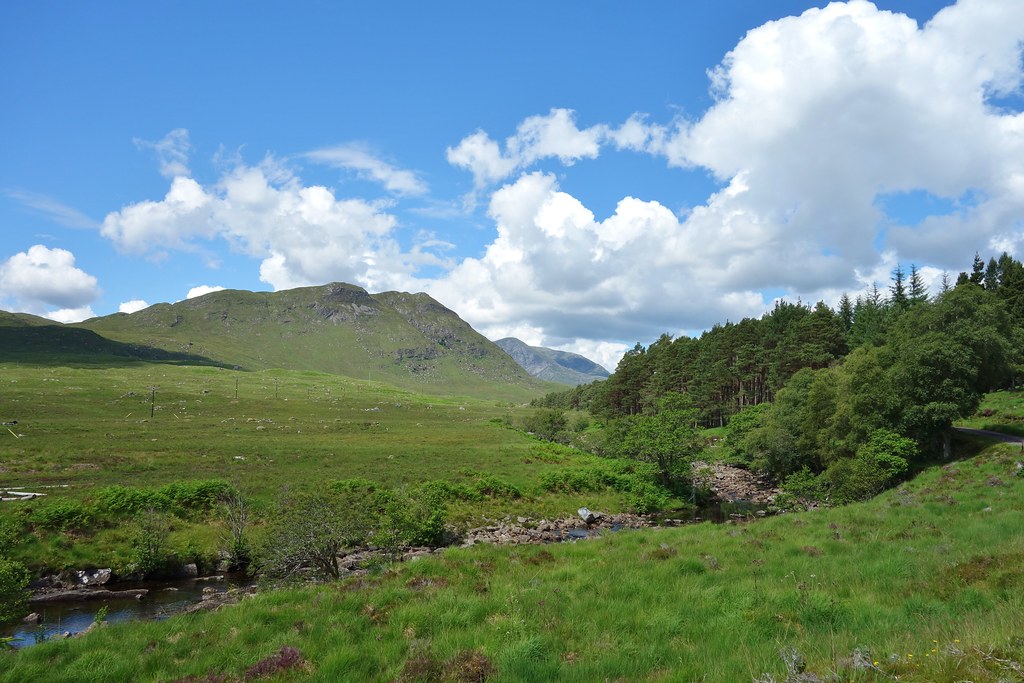 Once past the initial bit of track, it did level out a bit and made for better progress. Of course we then dropped a bit towards the loch - great news for now, but of course we would have to climb back out afterwards

The impressive Faire nam Fiadh on the end of An Coileachan 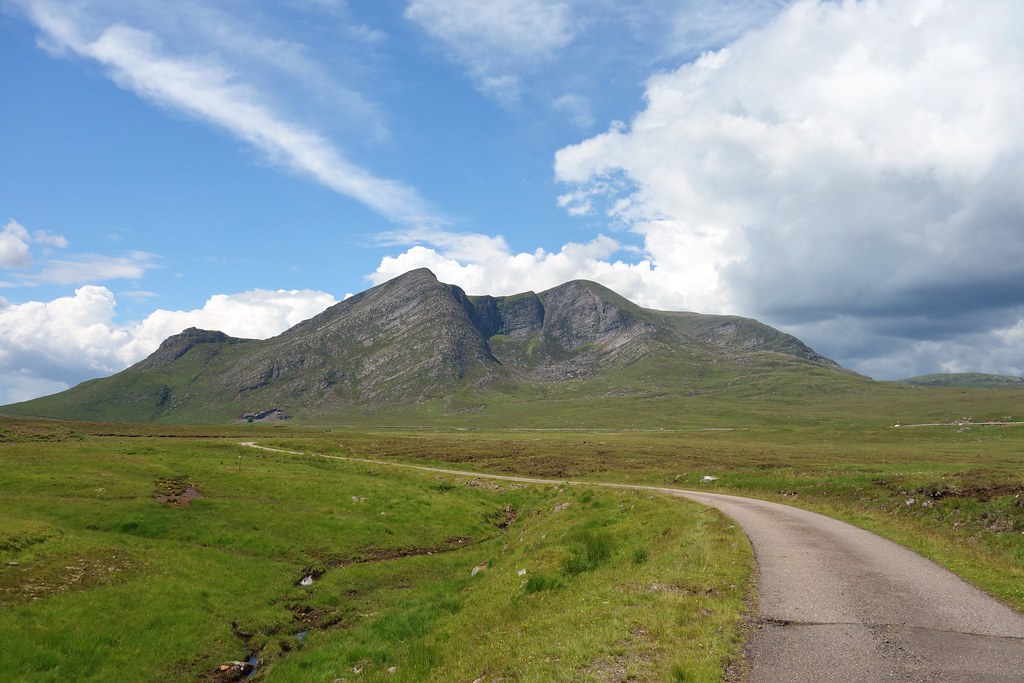 We had reached the dam 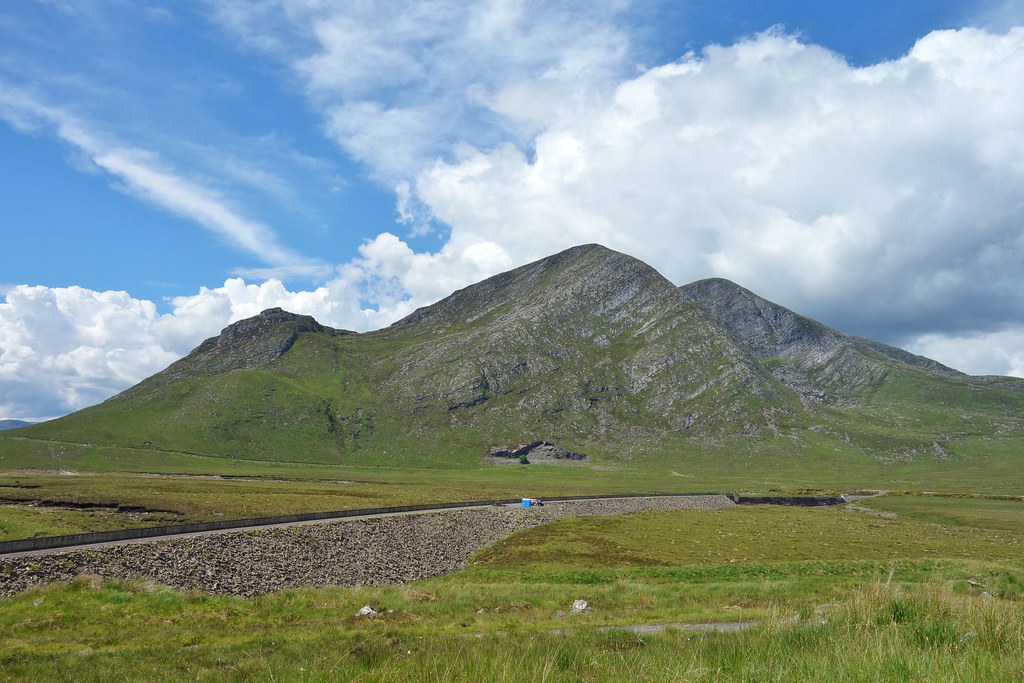 The track continued along the side of Loch Fannich - not all the way - but we were only going a short distance anyway. Malky wanted to go up An Cabar - from here it was a very short distance and he reckoned I could do it. I should probably stop listening to him.... 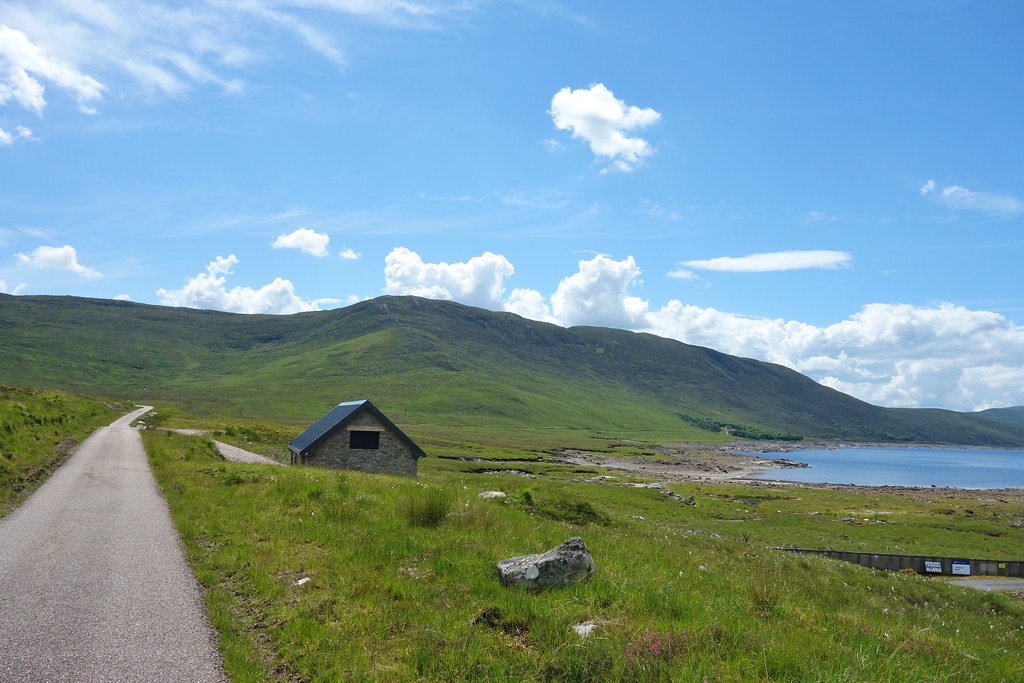 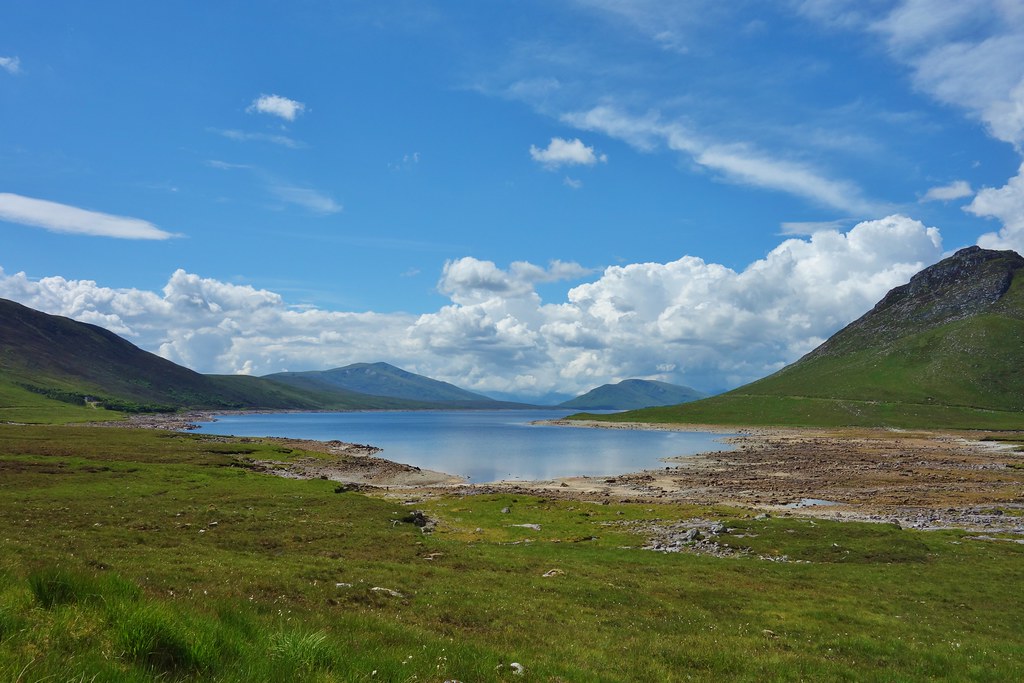 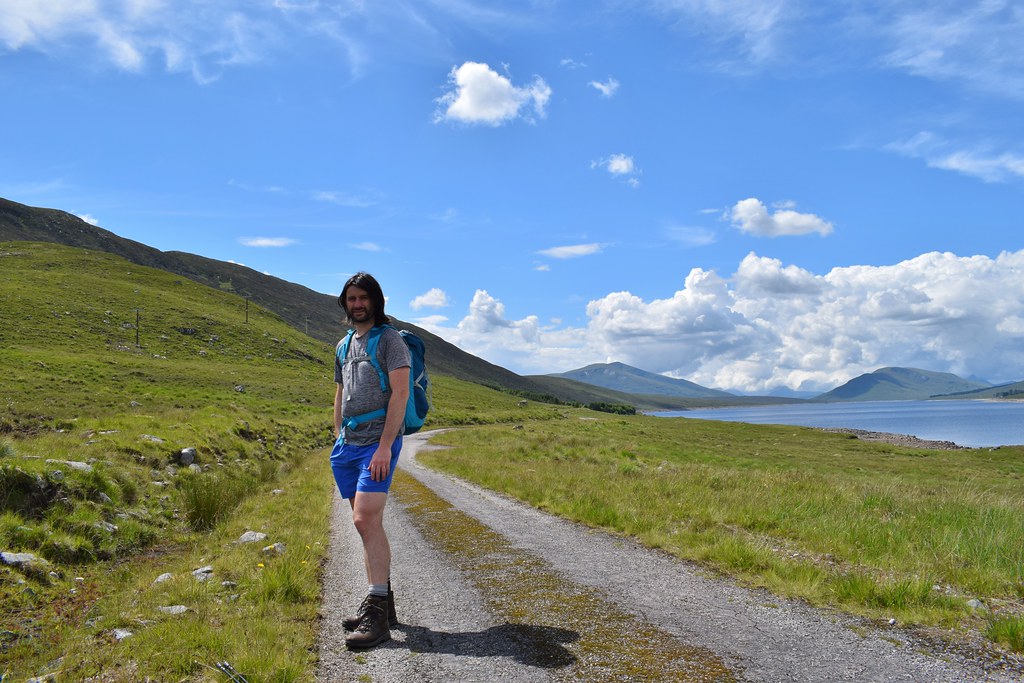 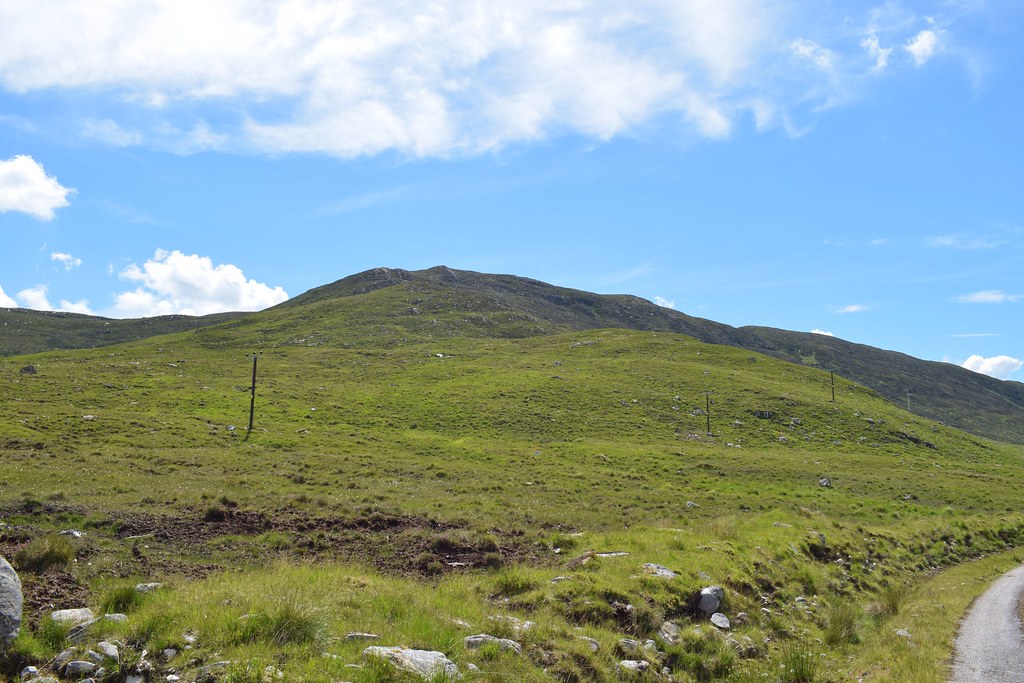 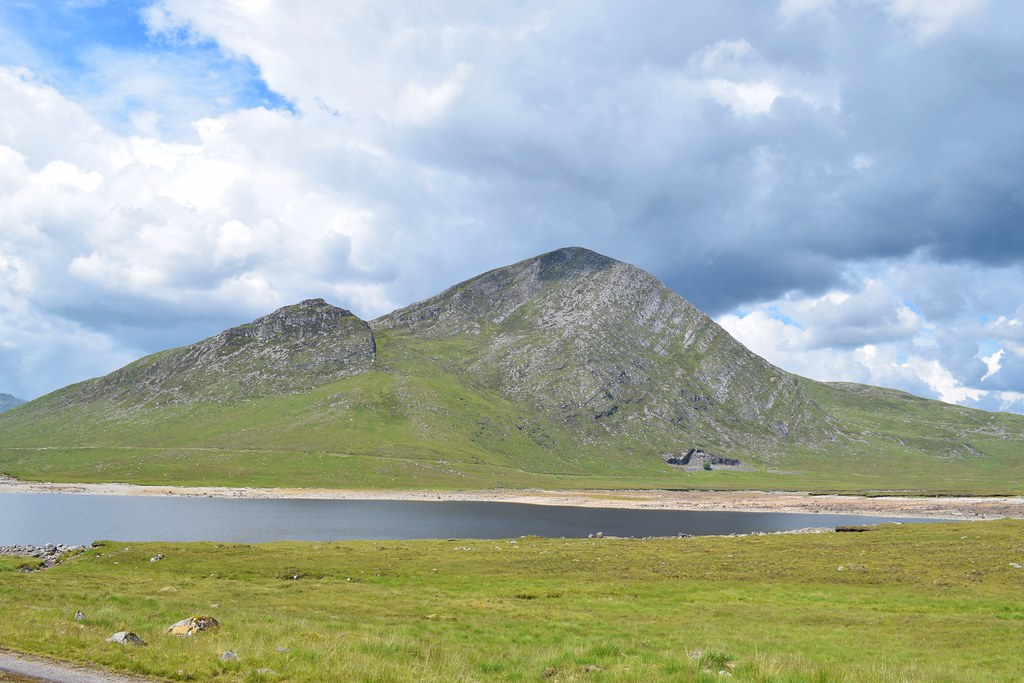 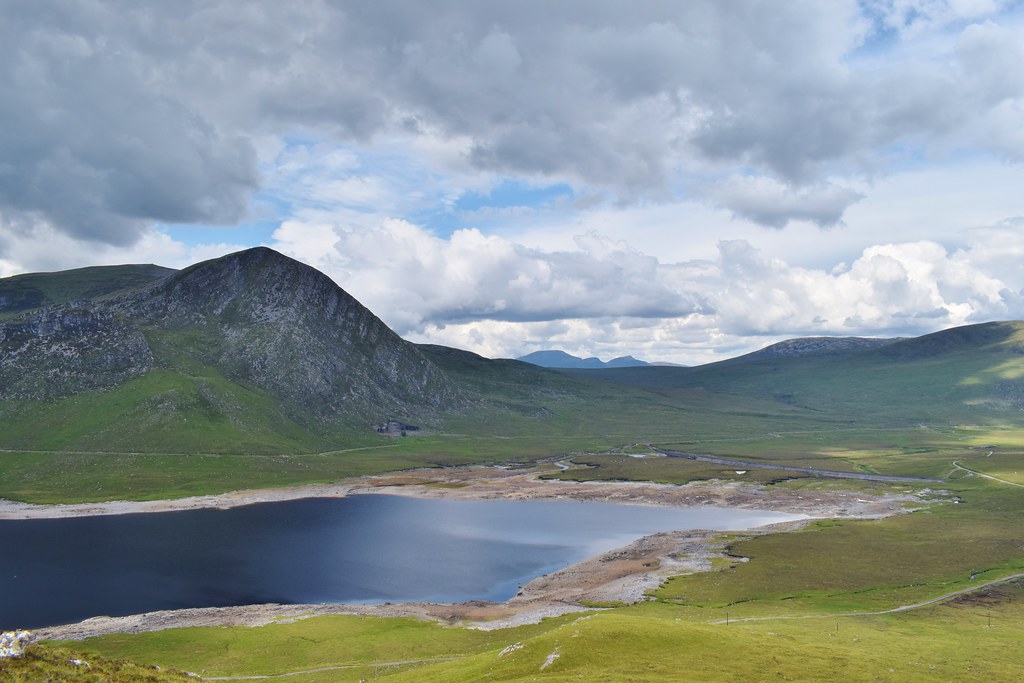 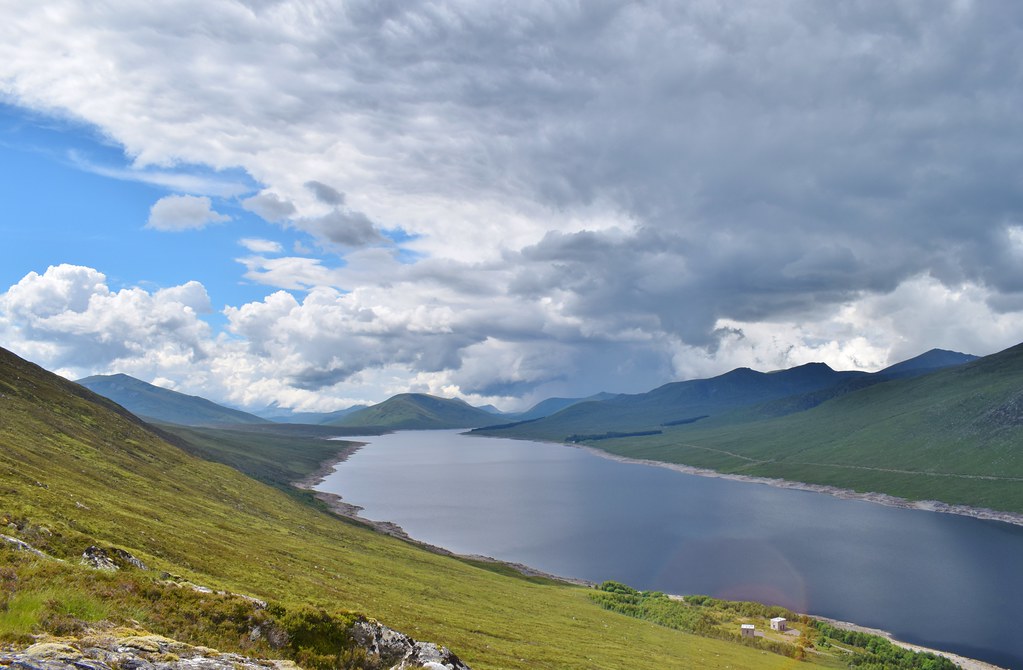 To be fair, the ground underfoot wasn't bad - there was plenty of rock especially higher up. I was just tired, and should not have been trying to do stuff like this (the benefit of highsight eh 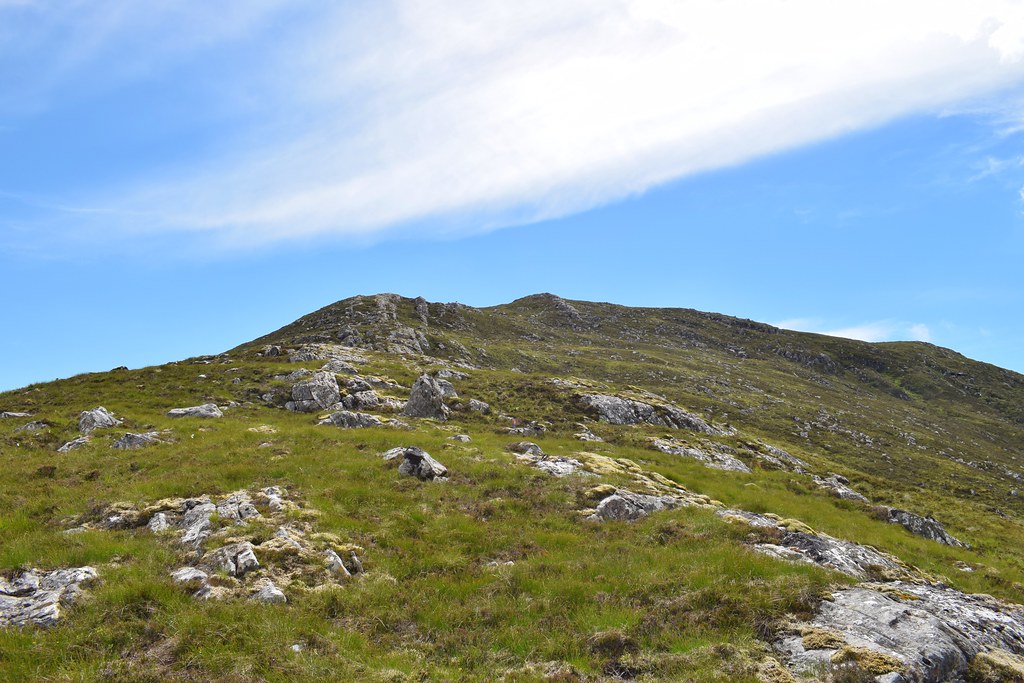 Our track home winding away 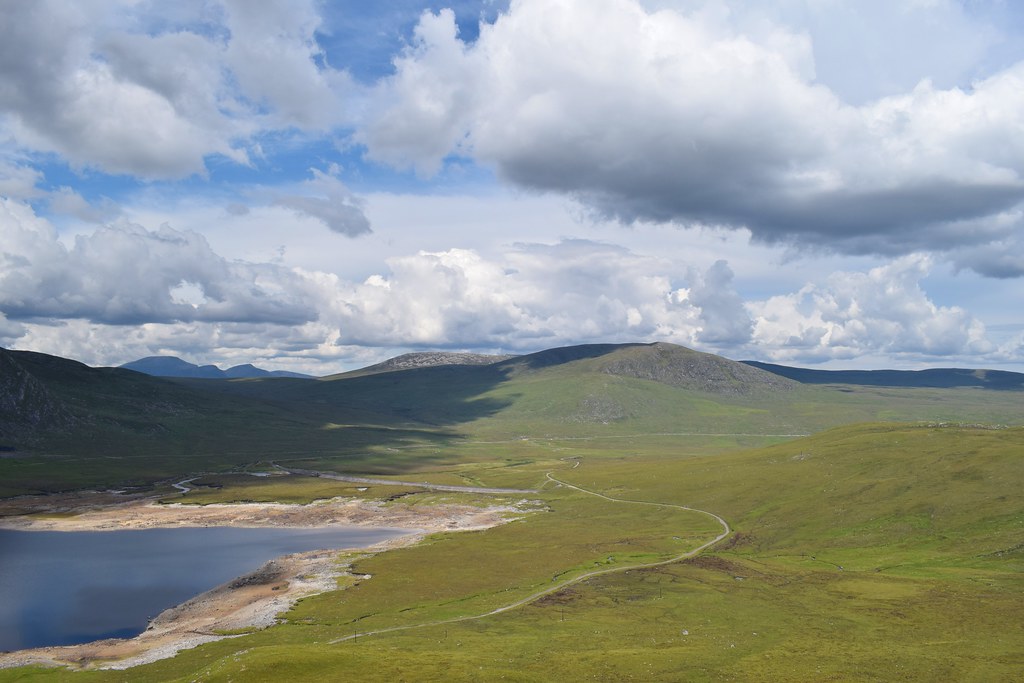 Finally at the summit, the views were awesome - there was barely a breath of wind (and we all know what that means in the summer

) but I had to have a break because I was pooped. 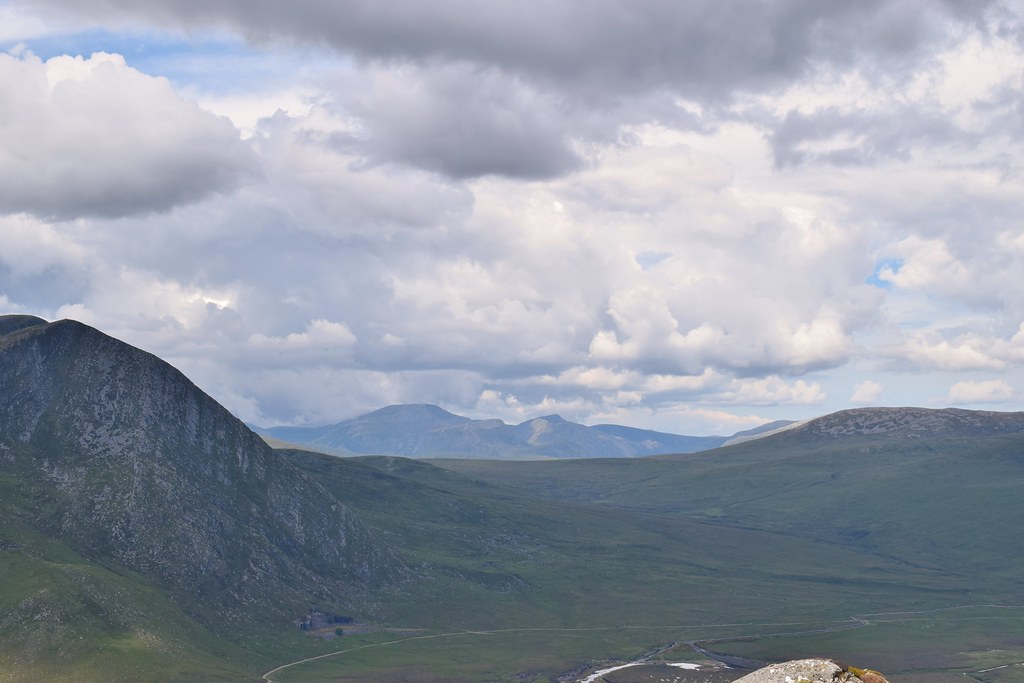 Fionn Bheinn with the Monar hills to the left 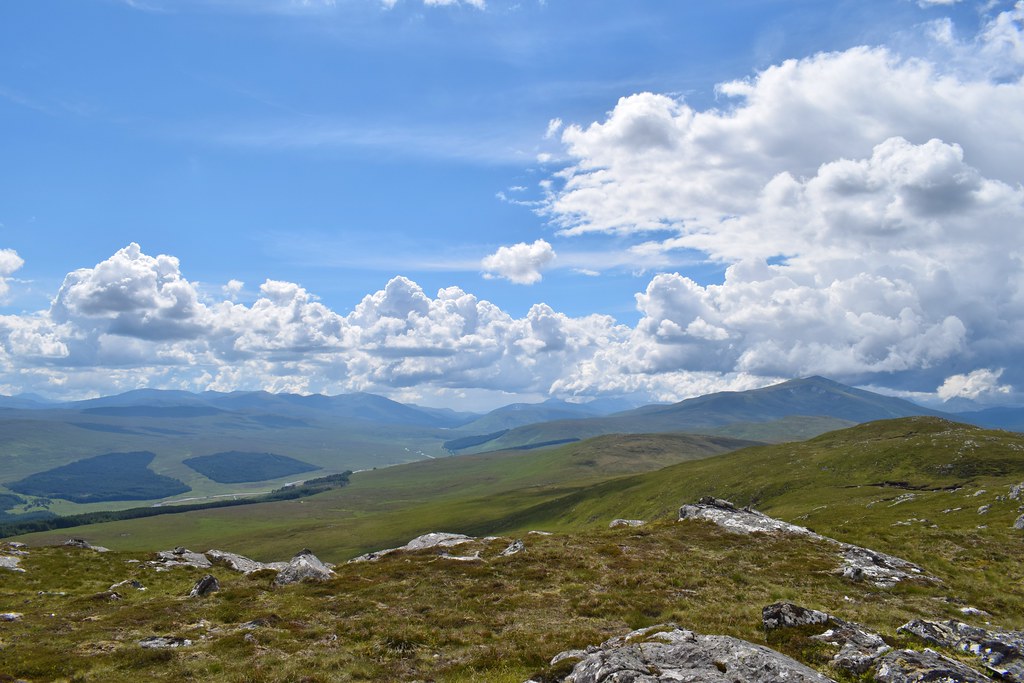 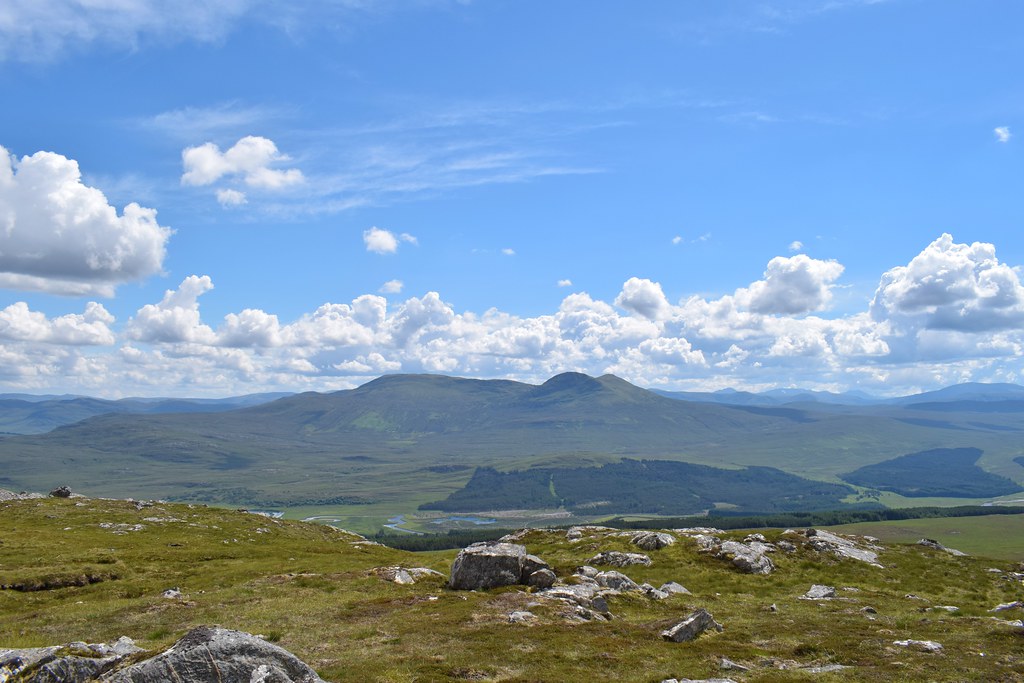 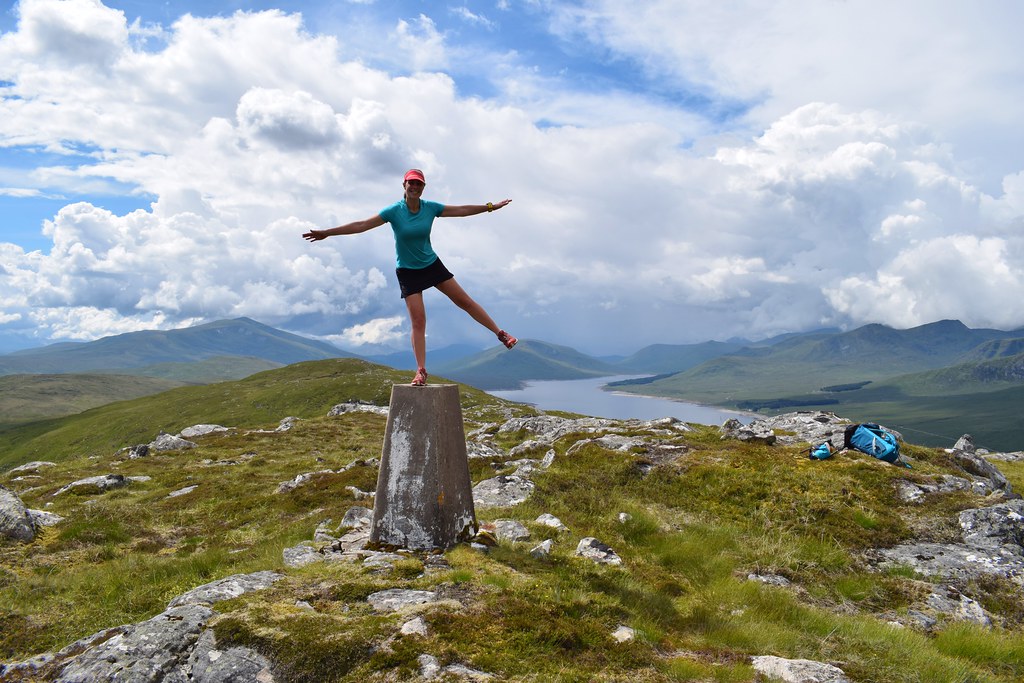 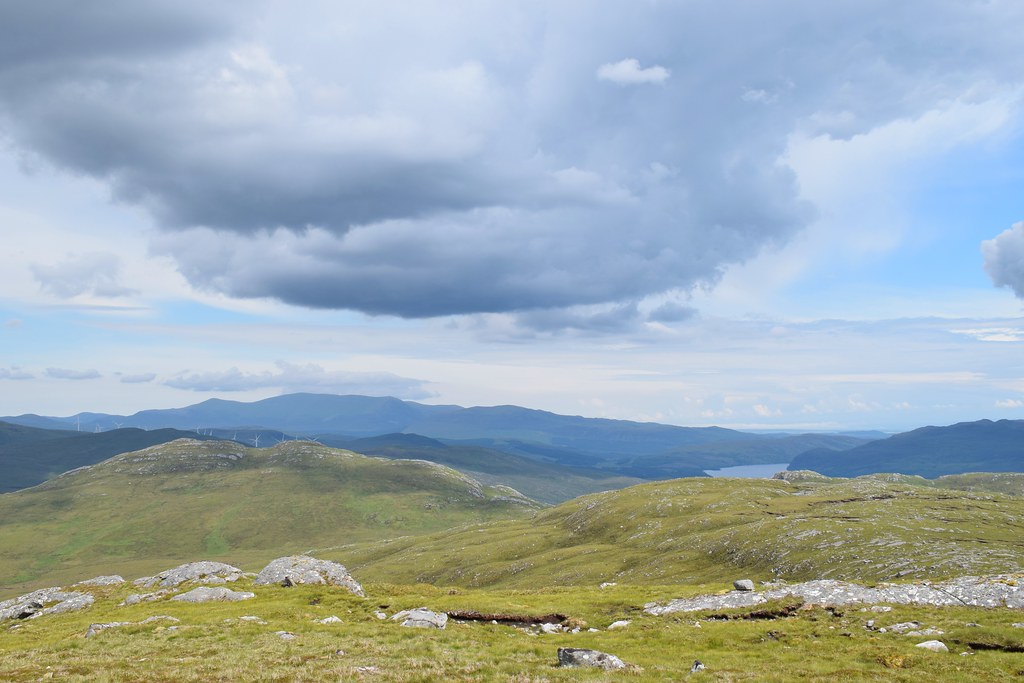 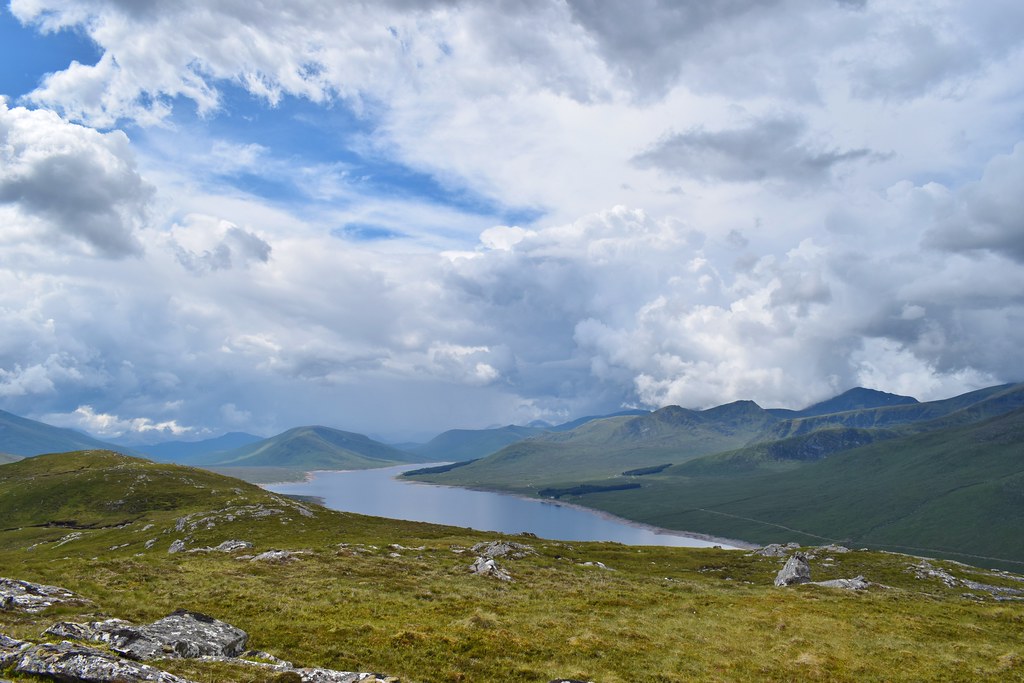 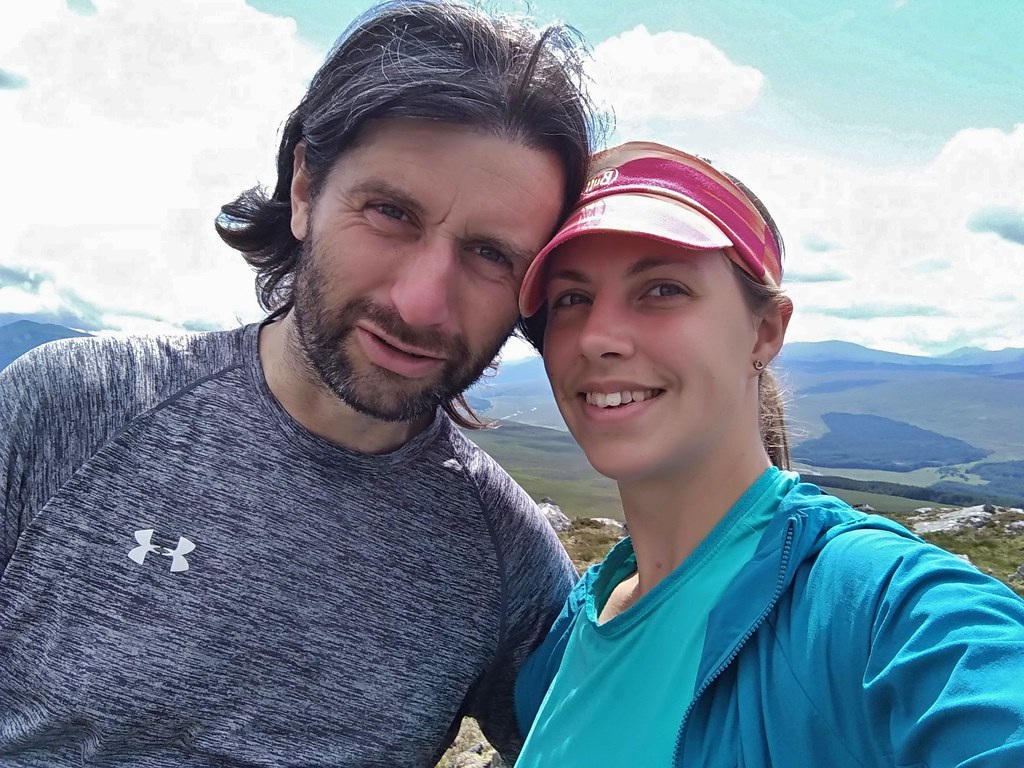 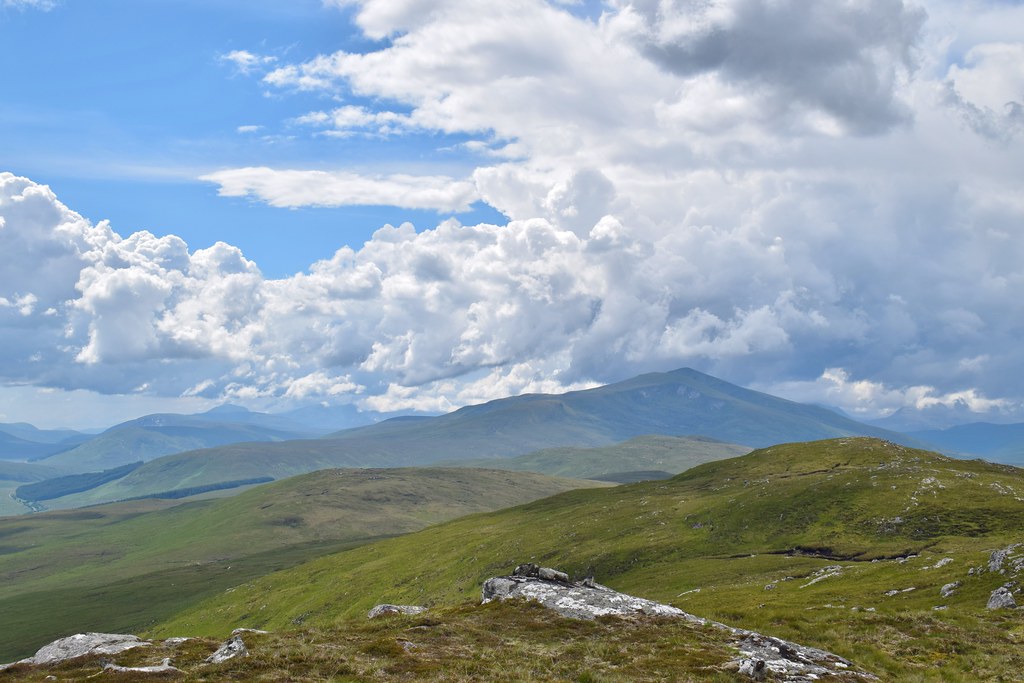 It was time to get going - it could be hard work getting back. We dropped off the summit and tried to follow a similar route back down 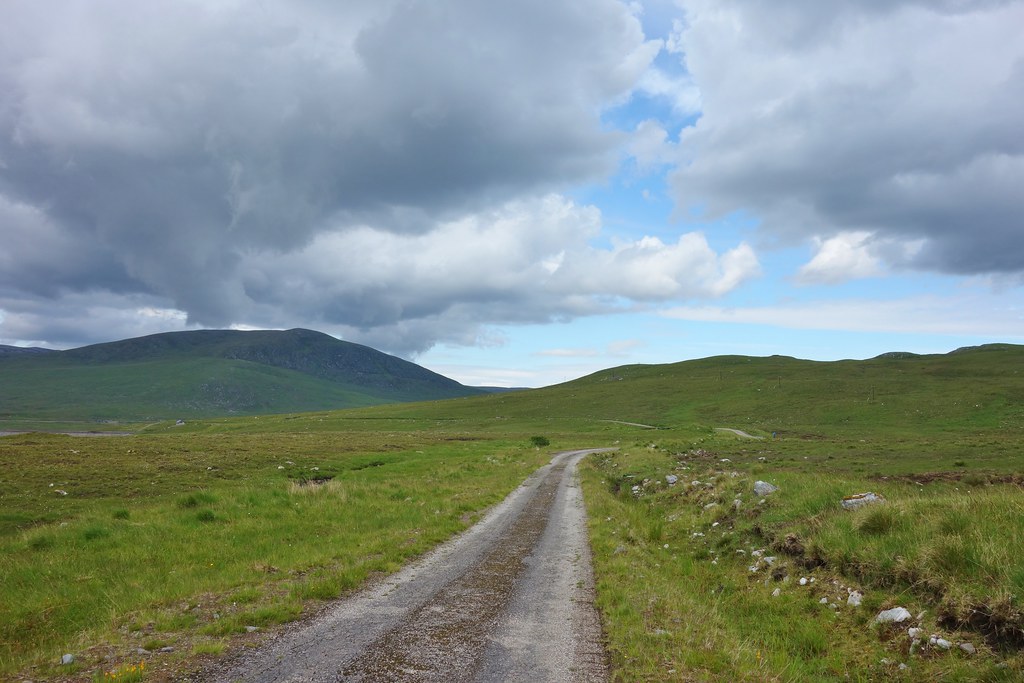 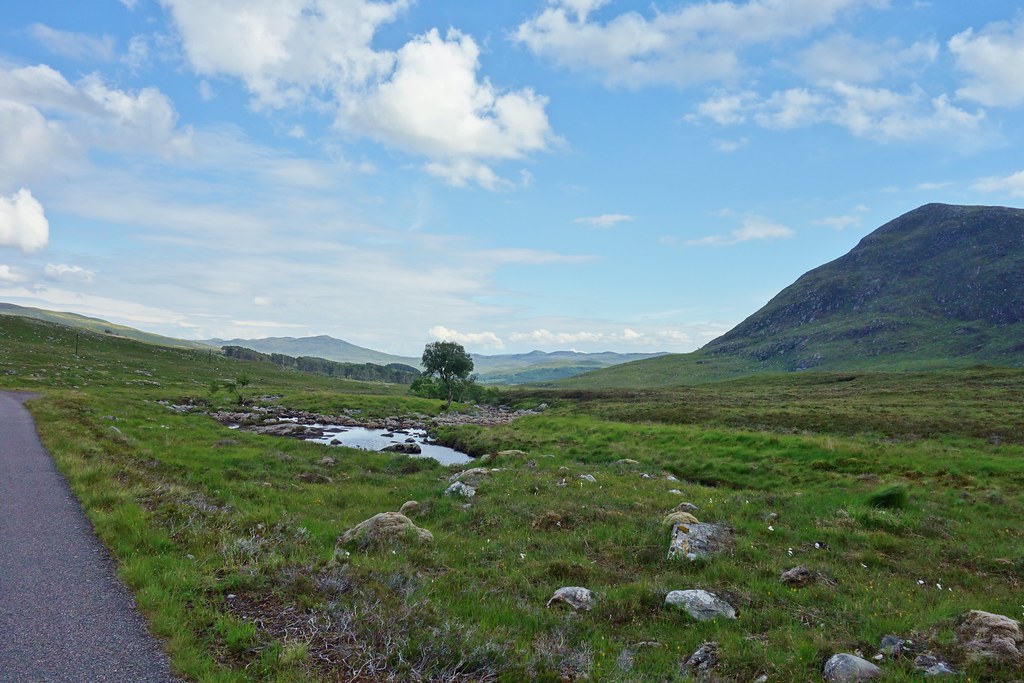 Fortunately the last wee bit was basically a free-wheel and I was very happy to be back at the car and able to zonk out on the way home. In hindsight, even this version of "doing less" was far too much, but at the time I seemed to be happy to keep bashing my head against a wall in the hope that it would help

An_Cabar.gpx Open full screen  NB: Walkhighlands is not responsible for the accuracy of gpx files in users posts

activity_7080310687.gpx Open full screen  NB: Walkhighlands is not responsible for the accuracy of gpx files in users posts

Re: A glimpse of the Fannichs

I've still never ventured up that way, looks good. Thanks for showing its worth the trip.