The MWIS had forecast some pretty crazy weather for the weekend but since there is a very good path up Ben Vorlich Gill, her mum and I decided to plough on to the north western shores of Loch Lomond to Inveruglas to tackle this Munro. Ben Vorlich is my most westerly Munro to date and I was fairly surprised at the geographical and geological differences to the ones closer to home in the Angus/Perthshire area.

We parked the car at the Inveruglas car park by the power station and set off along the road to the gate that would take us up to the Loch Sloy Dam and our path up the mountain. After passing underneath the railway bridge the path leaves the road and heads over a grassy section to cut out the long winding route of the access road. The land the access road goes over is used for cattle and sheep grazing. We passed a few on the way up and were almost unnoticed by them as they grazed. The first boggy patch of the day. 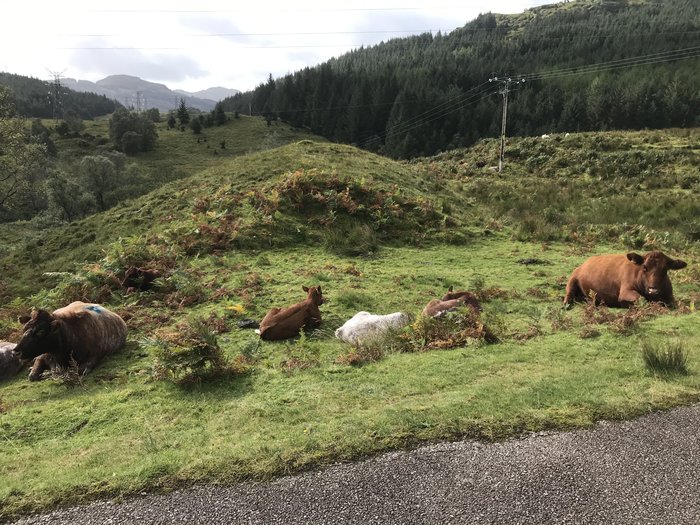 After a thirty minute walk up the access road we reached the path that would take us up Ben Vorlich. There were patches in the cloud which allowed the sun through and when it shone it was hot, oh how this would change. The path is very well made and from the point we joined, right to the top, the path is easily followable, albeit quite steep and very rocky at parts. There are some remarkably interesting rock patterns that can be seen on the way up, with some deep chasms opening up by the path the further up we went. 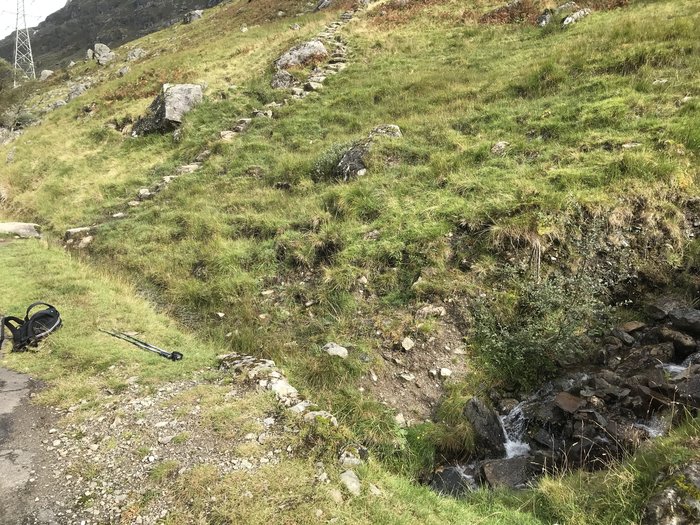 The start of the path from the access road 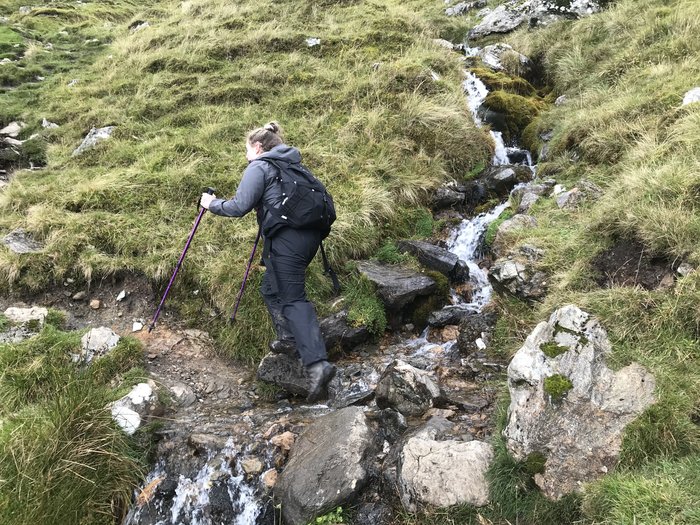 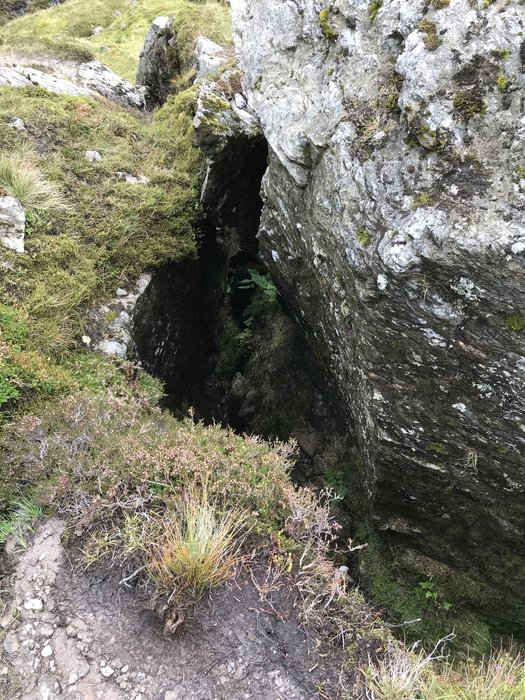 Chasm by the path

After a while, the steepness of the path gave way significantly as we reached the flatter, final portion of the walk. The warmth of the sun that made it’s way through the cloud earlier in the day was now a distant memory. The forecasted wind gusts were ever increasingly making their presence felt the higher we climbed. As we climbed into the cloud we were met with blinding rain, hail and at times a faint flurry of snow. The walking conditions were arduous but, in a strange way enjoyable

. We shortly after made it to the trig point and then made the short walk from their to the true summit of the mountain which sits around 2 metres higher than the summit with the trig point. 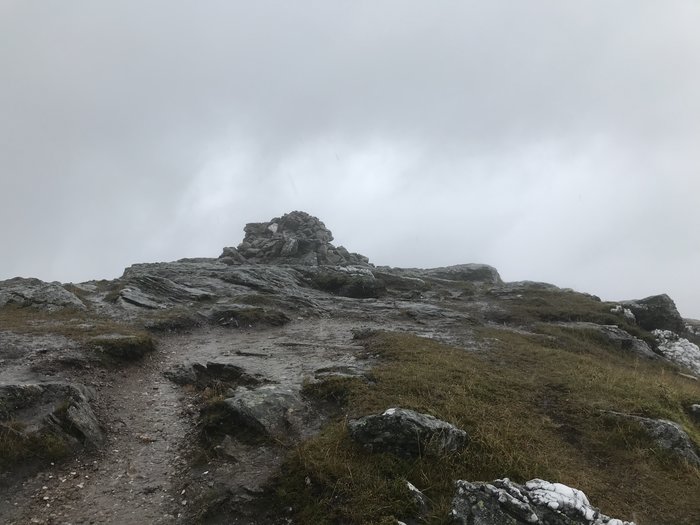 The true summit of Ben Vorlich

With the weather being the way it was we decided not to eat at the summit so after a quick phot at the top we quickly made our way back down out of the weather.

Another good day up the hills, good to get one done on the west coast.