Been hoping to do this walk for a while now and the plan was to do the horseshoe but due to the weather, mainly the wind, i decided to drop off the ridge from the summit cairn and head down into the valley. The forecast was drizzle, which was to clear early afternoon, but unfortunately for me it didn't.

So anyway i set off at 11 from the cottage in light rain making my way upto the ridge, and as i gained the height the drizzle turned to sleet, then hail and a driving wind which left me walking with my head facing the ground. What looks like a view point, which i avoided to the wind and lack of view

Eventually i reached the summit with sore eyes due to the hail and wind. 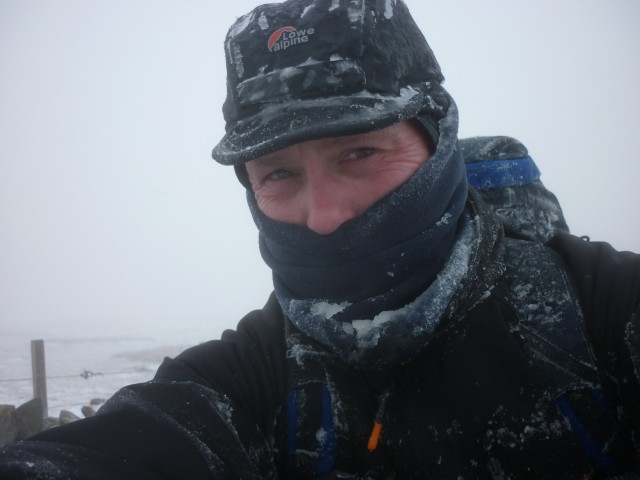 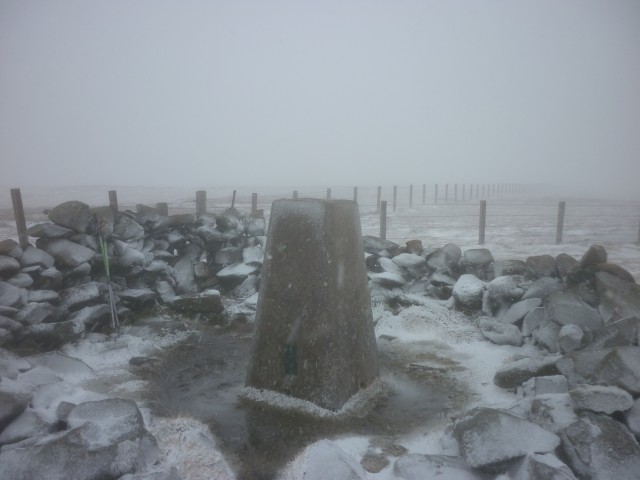 After a quick couple of photos on the summit, it was time to get off. 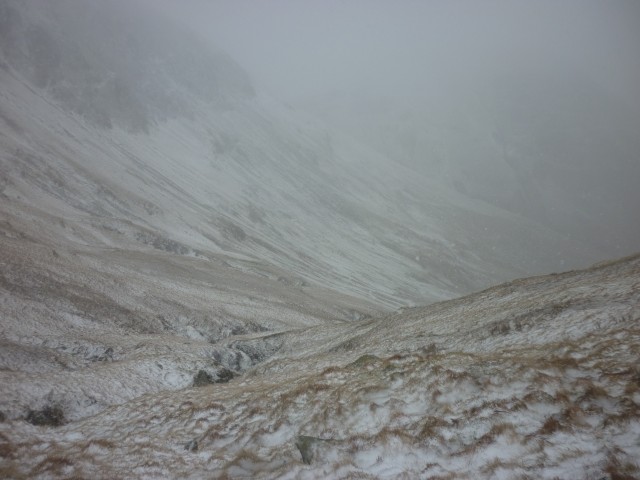 Unfortunately on my way down i didn't cross the river early enough to get on the track so i was left to carry on down the boggy route as there was no places to cross the river.I still enjoyed the day even though the weather was against me and i allways say you need to be out in days like this for when the weather does turn to prepare you for the worst.

Your right, you should experience days like this. Once your out its good fun battling the elements.

Well done for getting out.