Travelling back from the south west of England I spotted an opportunity for a little hill time. I set off from Bristol at 3.45am and at 9.30 I was astonished to find myself parked up sipping tea and looking at maps in Moffat.

First choice was the Hart Fell horseshoe, but that's one I'm saving for a good day and the cloud was down over the hills after a night of heavy rain in southern Scotland, so a trip out to one of the Donalds' lesser lights seemed about right.

It's an easy enough route - park at the forestry gate, follow the Annandale Way until it turns right and just head straight up. If nothing else, it's a good excuse to stop and gawp at the lovely Devil's Beef Tub. The way down from Annanhead Hill, the first small hill on the route

The route is "undulating", working its way over Annandale Hill, Great Hill and Chalk Rig Edge before parting company with the Annandale Way at the cairn for the final climb. 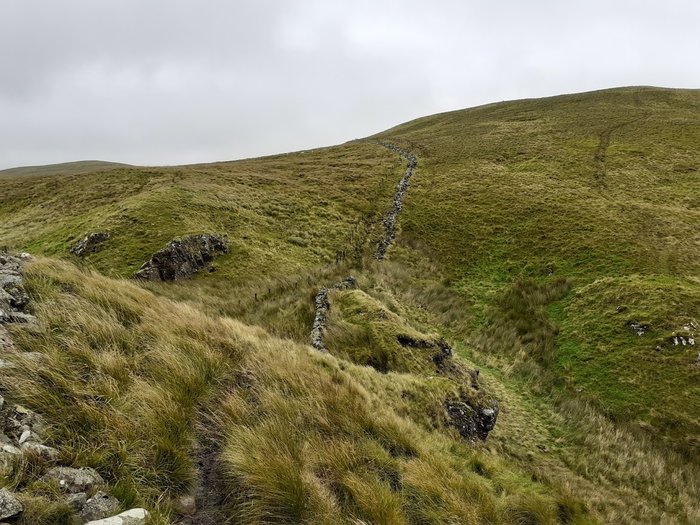 Short ascents and descents made this a surprisingly interesting outing 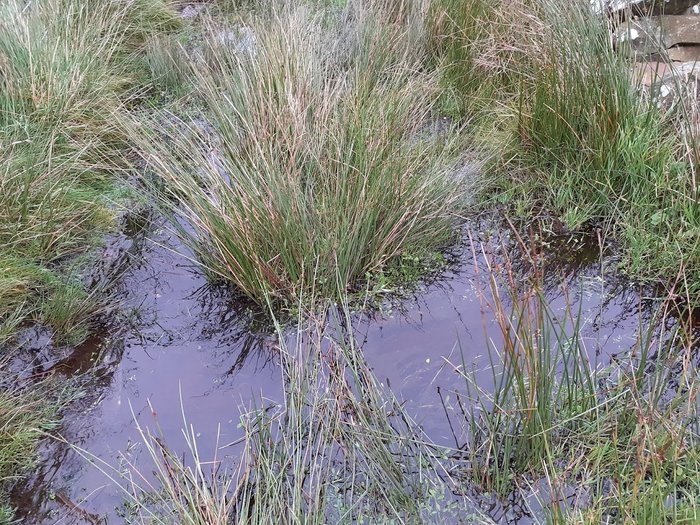 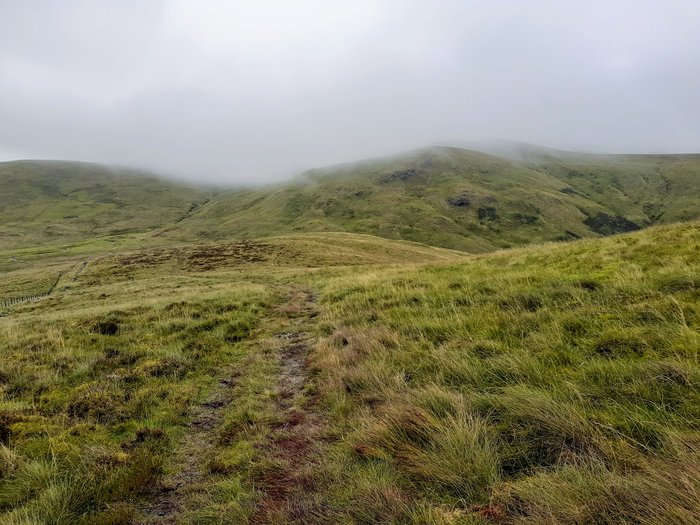 Whitehope Heights was covered in cloud most of the day Cairn where the Annandale Way drops down towards Moffat

The going had been wet on and off and there's a fairly big boggy patch near the deer fence just before the way through to the summit which is now a strangely sloping gate, replacing the stile mentioned in several other reports. 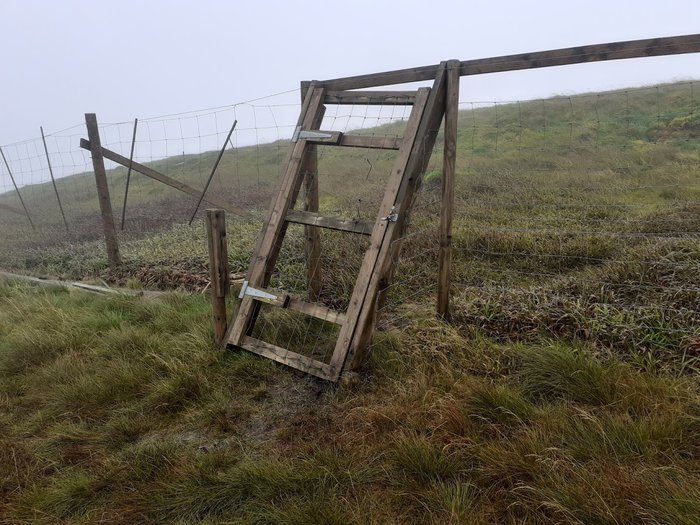 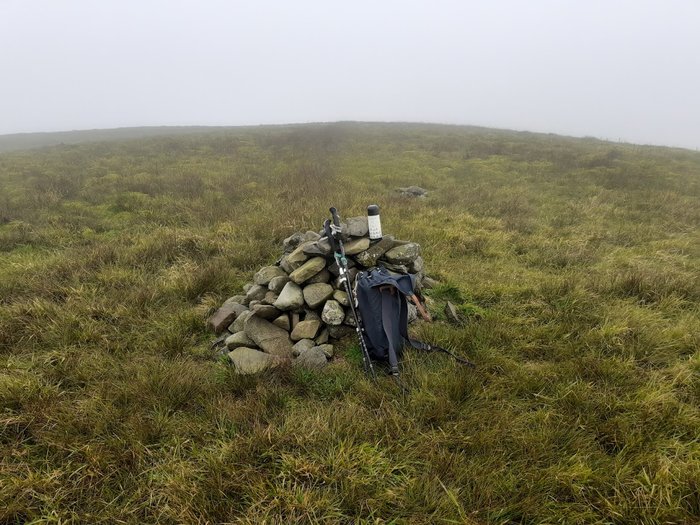 There was nothing to see at the top other than thick cloud. I waited a short while to see if it lifted and held out then possibility of a circuit including the Crown of Scotland, but there was no chance and it came in lower and started to rain as I made my way back. Nevertheless - a pleasant short walk to one of the Donalds' lesser lights. Another smash and grab, this time on the sloping grouse moor that is Whitehope Law. Unlike its partial namesake, Whitehope Law is a simple case of start and keep going up until you get to the top.

I'd checked Weaselmaster's report and decided to start off between Whitehope Farm and the house at Glentress, crossing the water at the footbridge. From there we zig-zagged along sheep paths through the bracken, watching for ticks, until the gradient levelled out a little after the tree plantation. Glentress from the slopes of Windside Hill No mucking about on this one, you just head uphill.

From there it was a simple walk through rough grass to the top of Windside Hill before making our way over to the slopes of Whitehope Law itself. Whitehope Law summit in all its lack of glory

The summit lacked drama, just a few stones near the fence, but the views were fine and we hung around with tea and biscuits before following the ATV track on the west side of the fence down the "ridge" towards Whitehope Farm. At the point where most folk skirt around the trees above the farm, my son was 100m ahead and went straight into the wood. I wan't going to correct him and followed to see what happened and it worked out well enough, coming out at a paddock by the farmyard which we walked through, challenged only by a group of locked in sheepdogs, and returned to Glentress Water.