For the last umpteen years, it turns out my parents and Jackie's parents have been going to the Lake District in the same September week as each other, and staying a couple of miles apart in Langdale. This year it looked as if we'd be able to join them for a bit, and wound up staying the whole week with Jackie's parents.

Having come down from Inverness to Glasgow on Thursday evening, we left for the lakes at lunchtime on Saturday, arriving at Mungrisdale a couple of hours later. I thought this edge of the Lakes would be relatively quiet but there were cars lined along the road into the village. Fortunately, being late we were able to park easily. We had looked at various routes, settling on this horseshoe as a best-case walk and knowing we could cut it short in a couple of places if Jackie wasn't up to it. 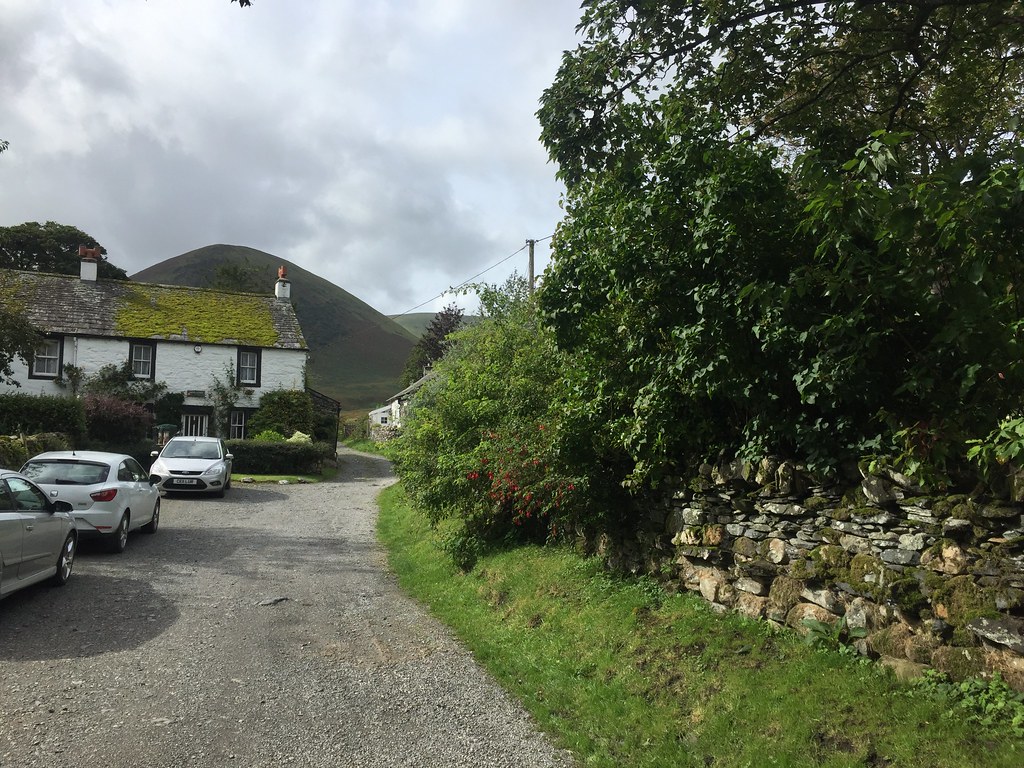 Start of the route at Mungrisdale

The floor of the valley was very wet but the path was largely OK. We passed a few people down here, but soon found ourselves alone in Bullfell Beck. We were avoiding the northern arm of the horseshoe to stay out of the wind, which was pretty gusty today. 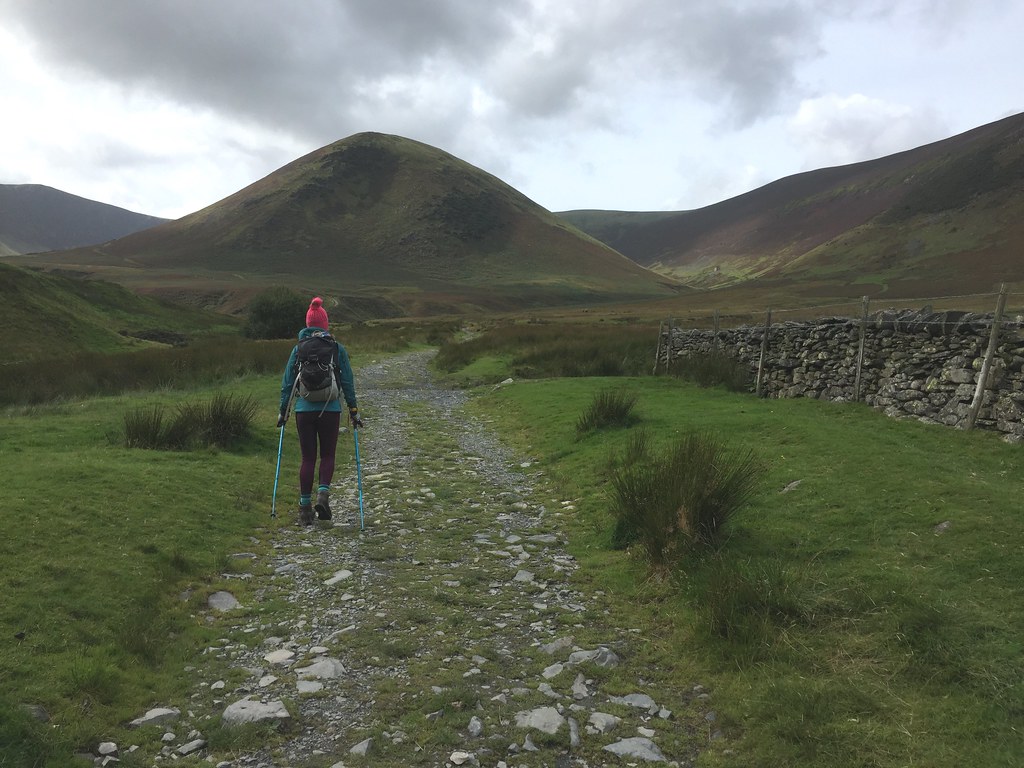 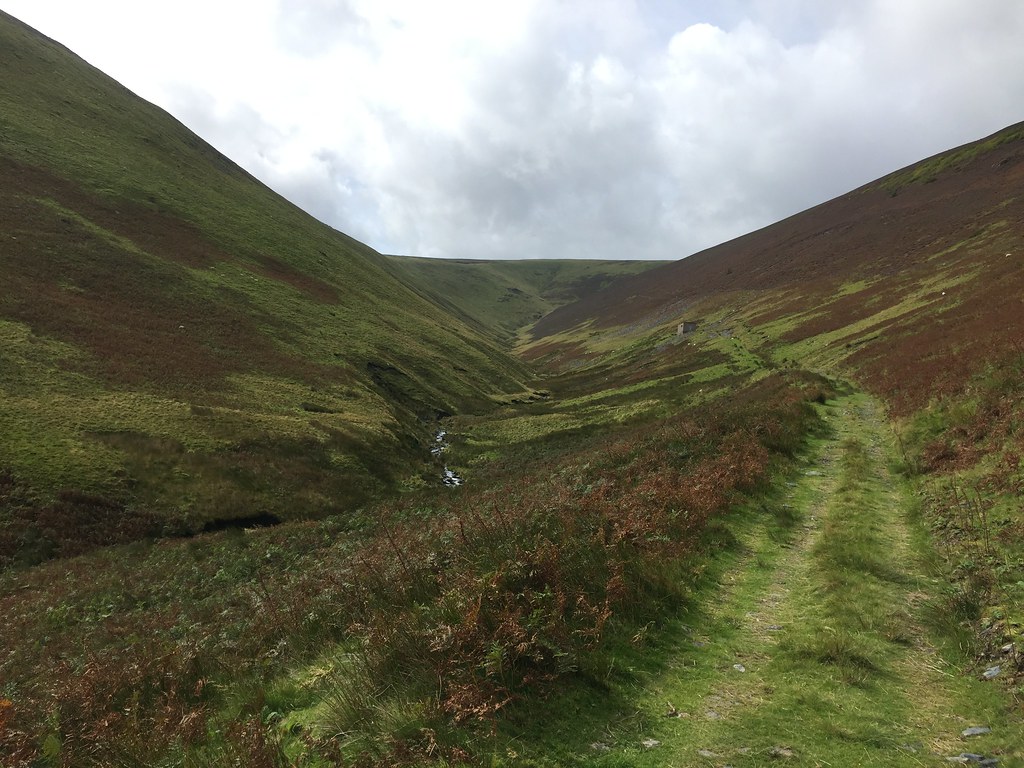 Once past the water intake, the path became less obvious and the going steeper, and we followed a tongue between two corries up onto the plateau. I took us north so we could look out over Bowscale Tarn before heading to the summit of Bowscale Fell - this minor detour was worth it for the views of the tarn and Carrock Fell. 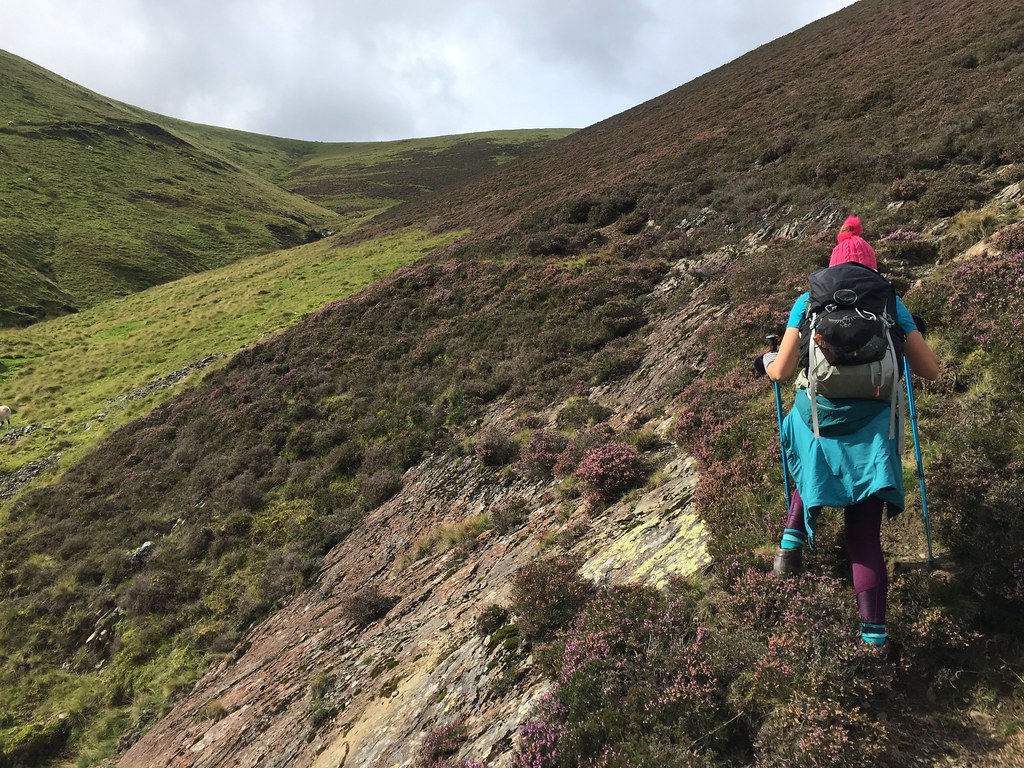 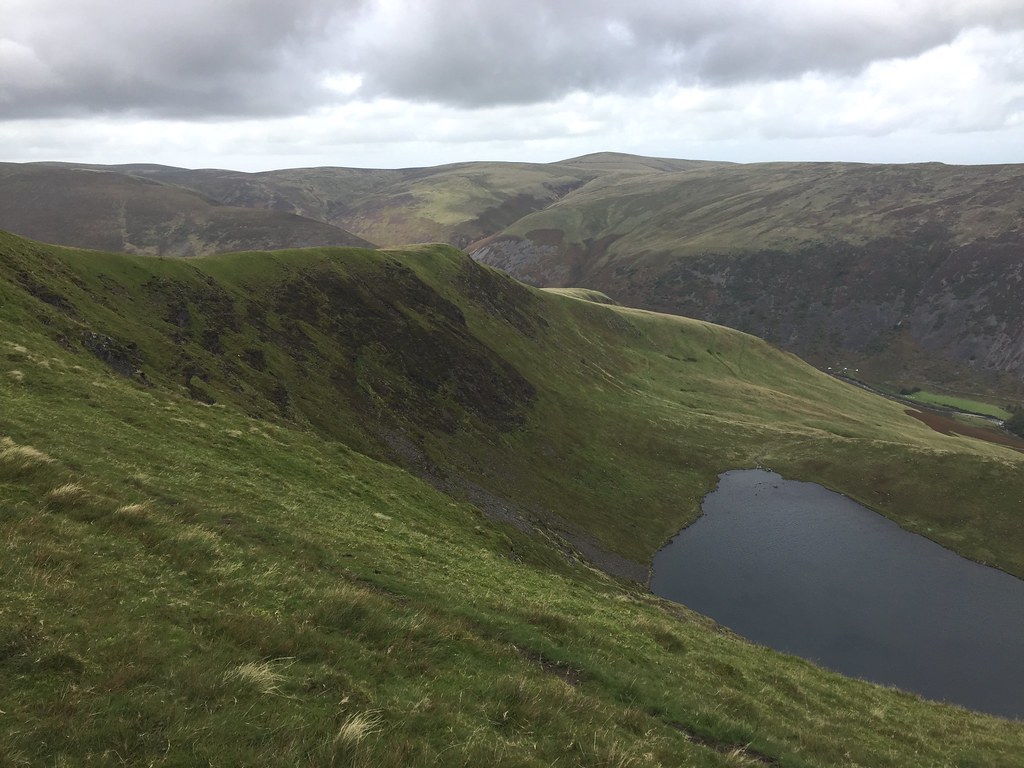 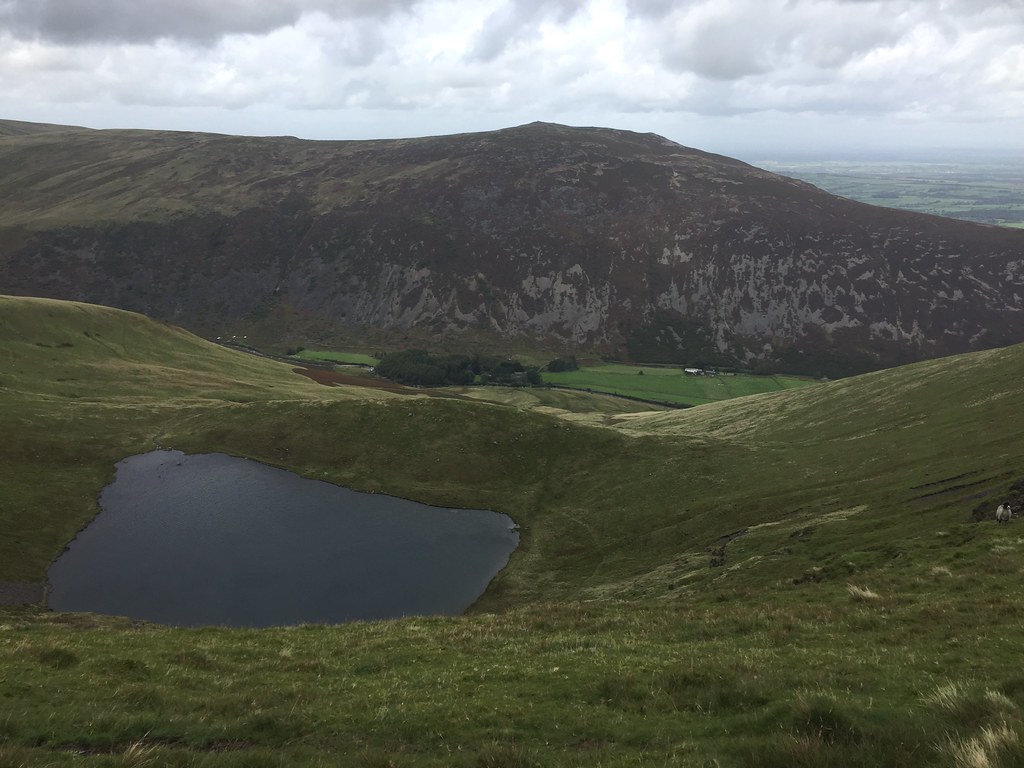 It was certainly breezy, but just annoying than actually difficult to walk in. We made good progress round the top of the crags, able to stay out of the wind a little as the path dropped slightly from the plateau. Nice views over the crags and to the back of Blencathra from Bannerdale Crags, although the weather wasn't up to much photography-wise. The east ridge of Bannerdale crags looked interesting, but probably better in ascent. Jackie was feeling quite reasonable anyway, so we decided to continue to Souther Fell. 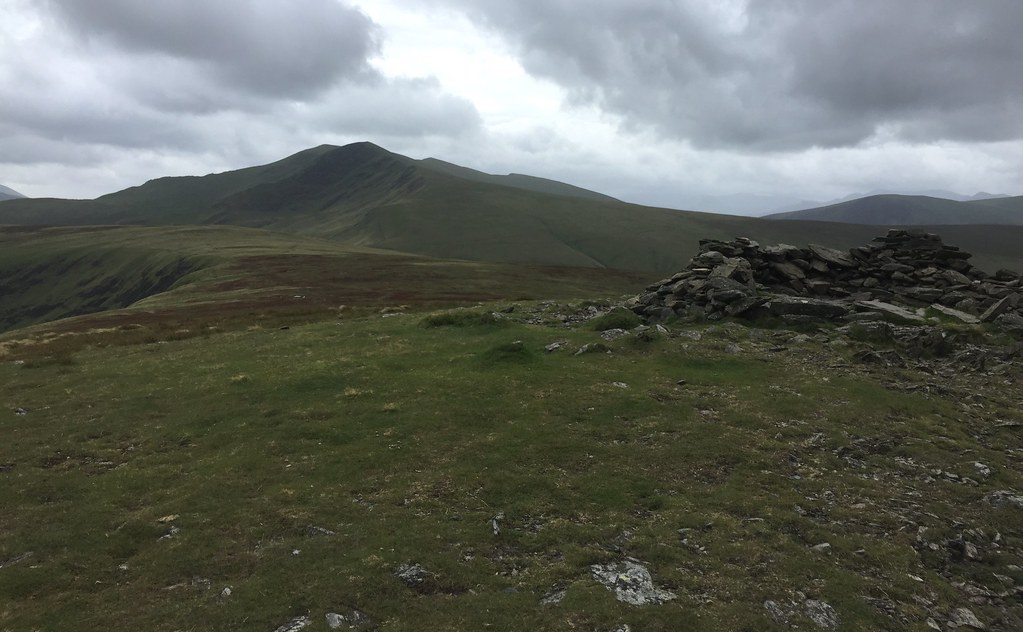 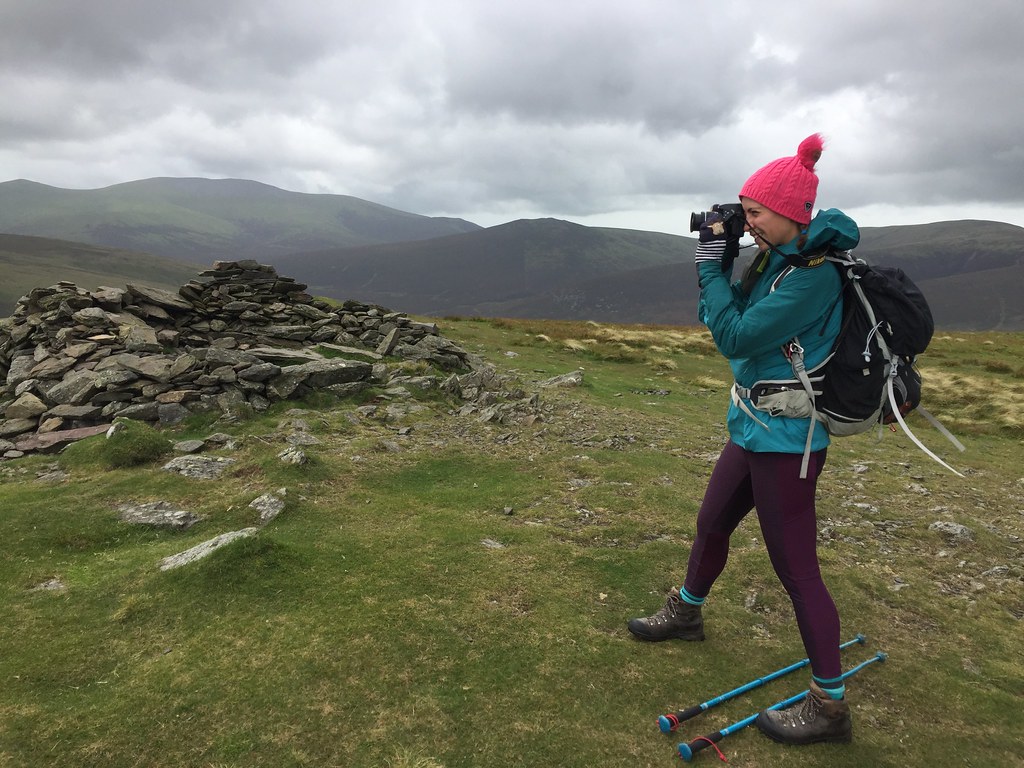 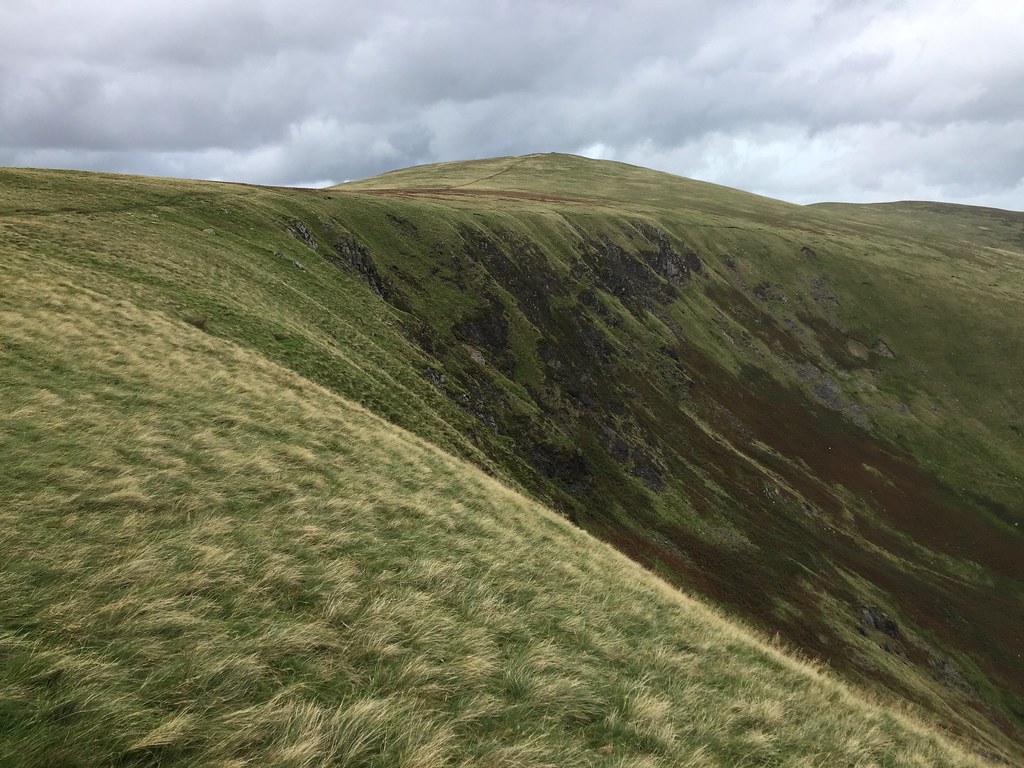 Around the top of Bannerdale Crags 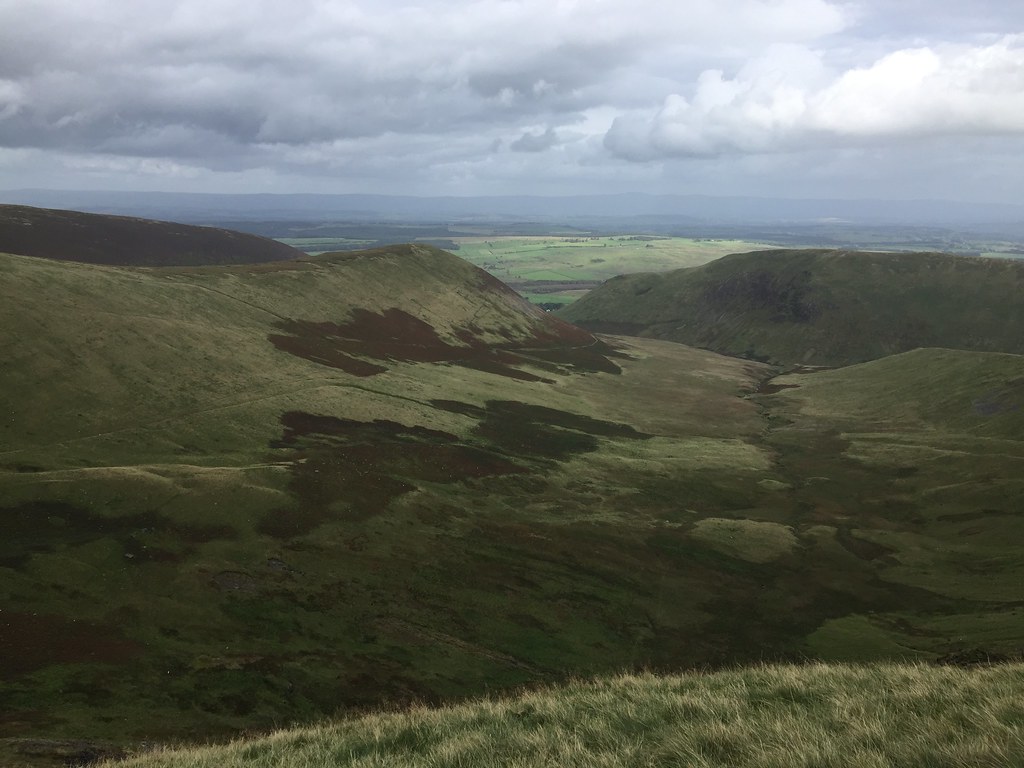 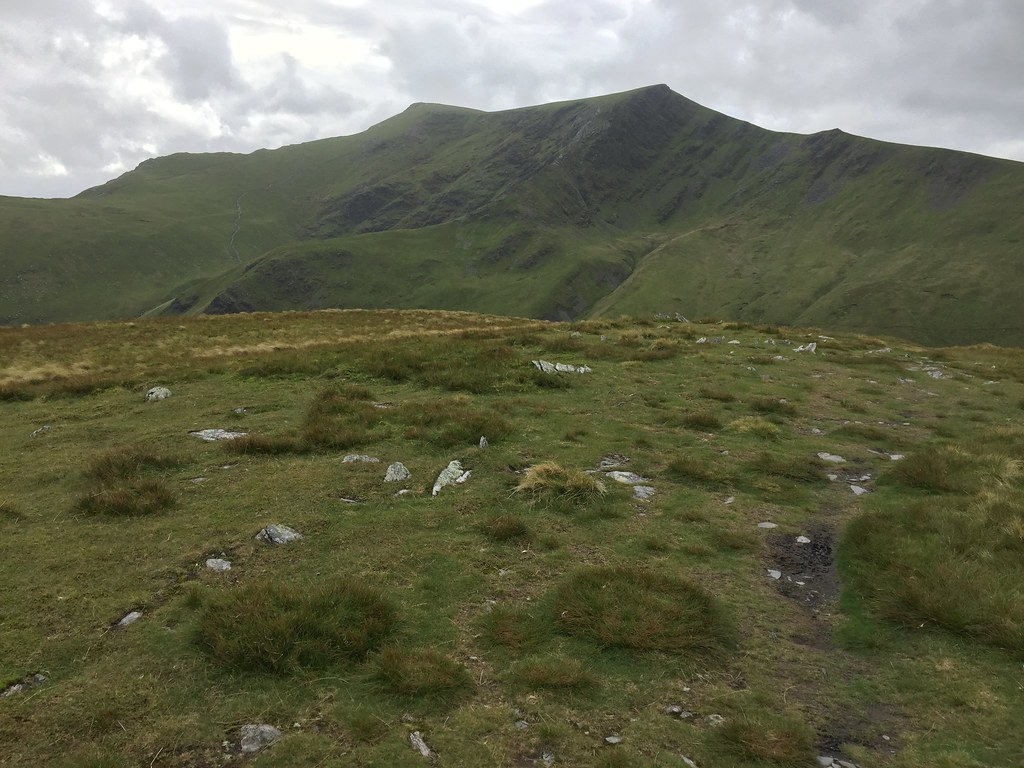 Foule Crag and the back of Blencathra

There was a bit less in the way of a path down to the river, but the going was easy over grass. Once over the River Glenderamackin, the ascent to Souther Fell was much shallower than it had looked so far. There was a glimpse of sunshine to the west, but the weather stayed fairly similar throughout the day. 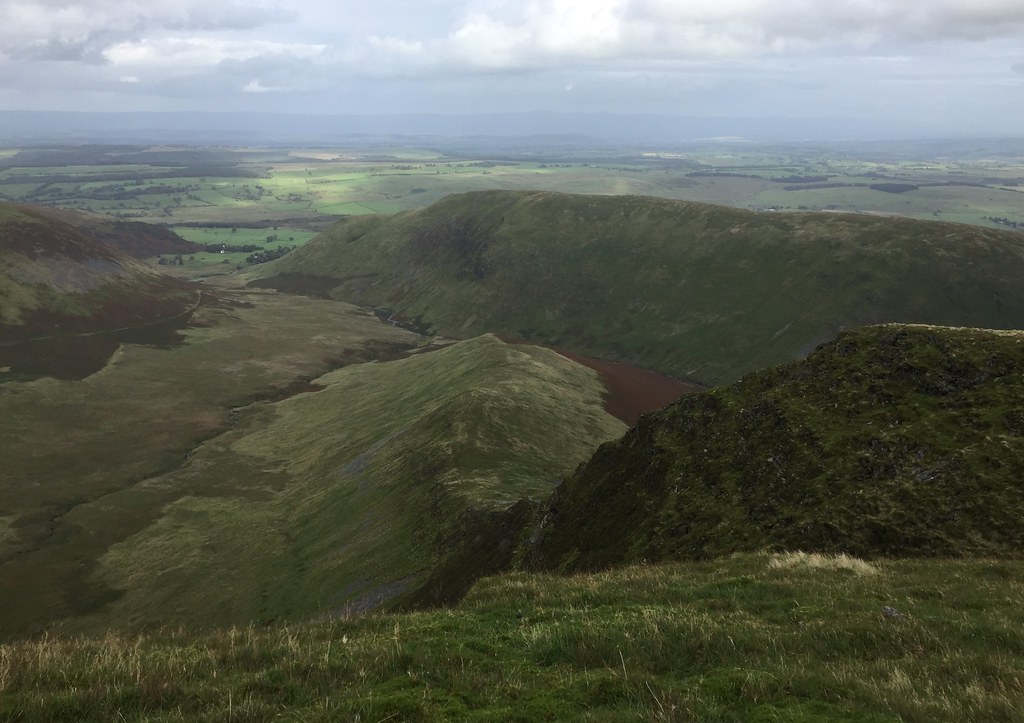 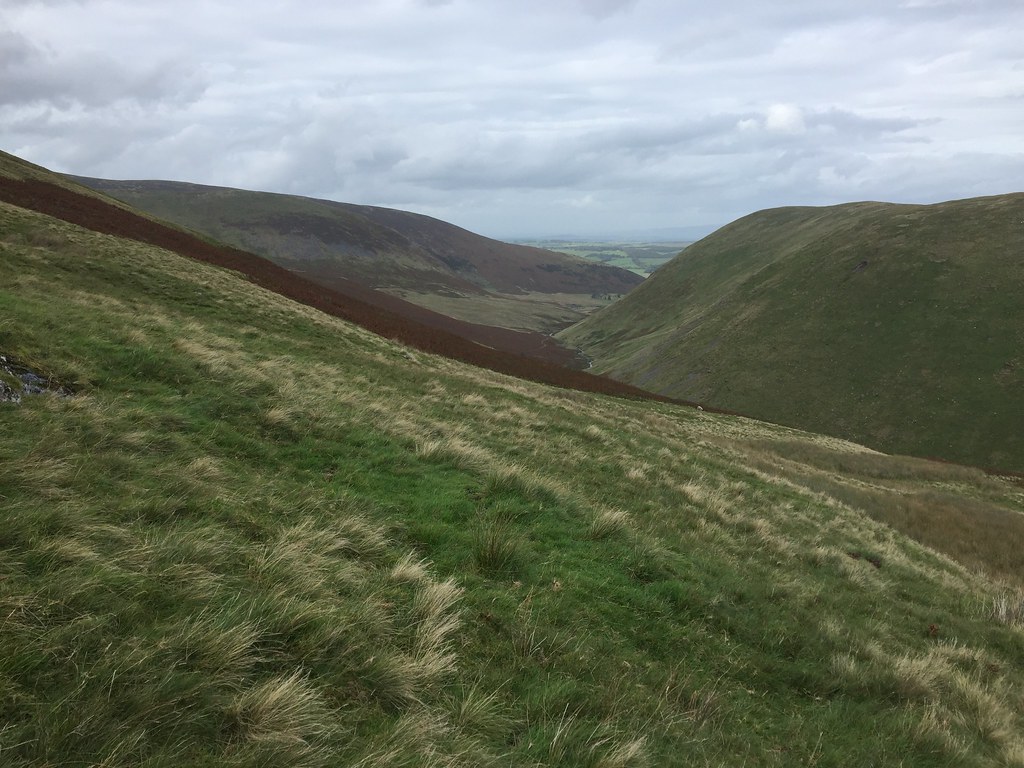 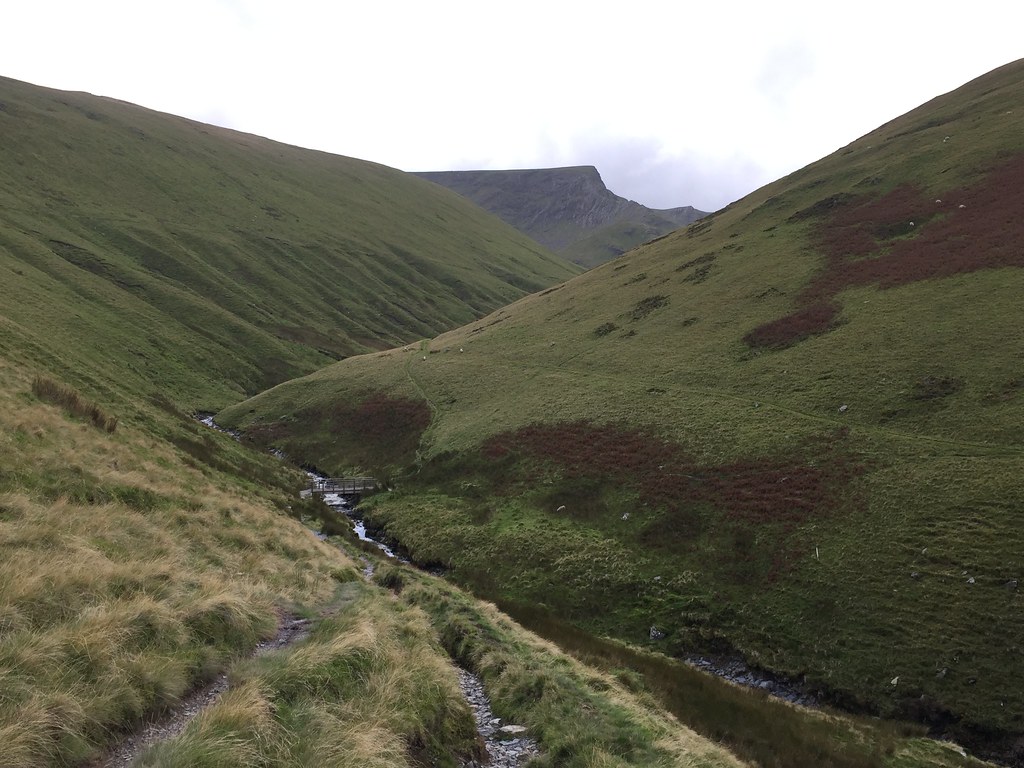 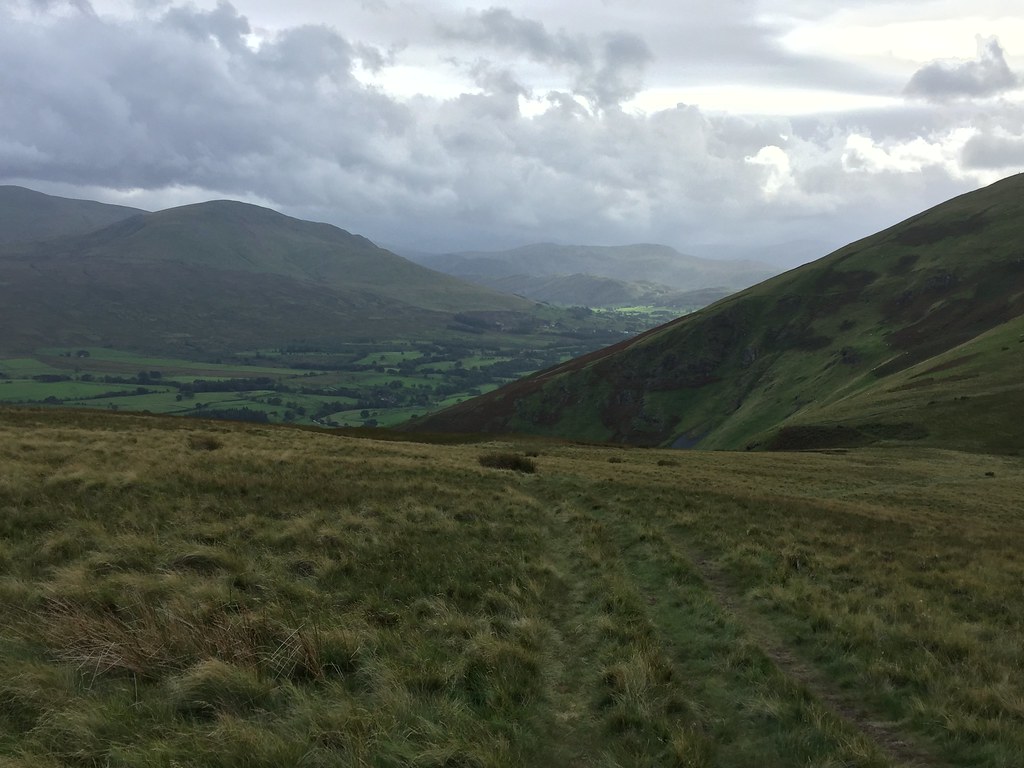 Clough Head and St Johns in the Vale 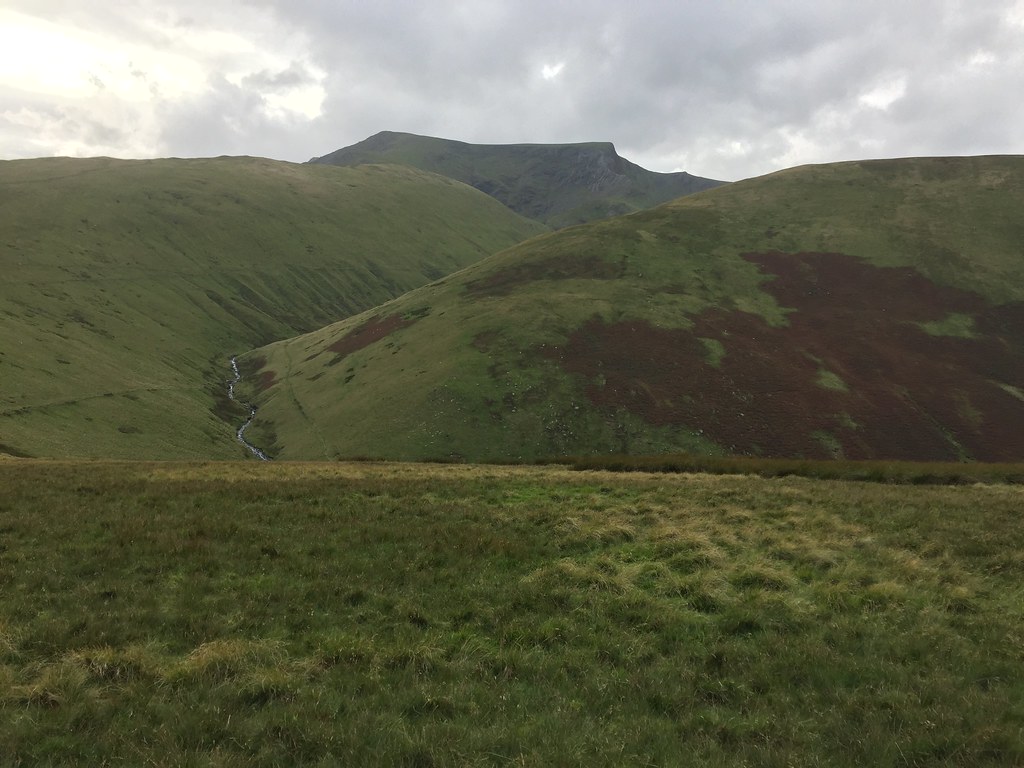 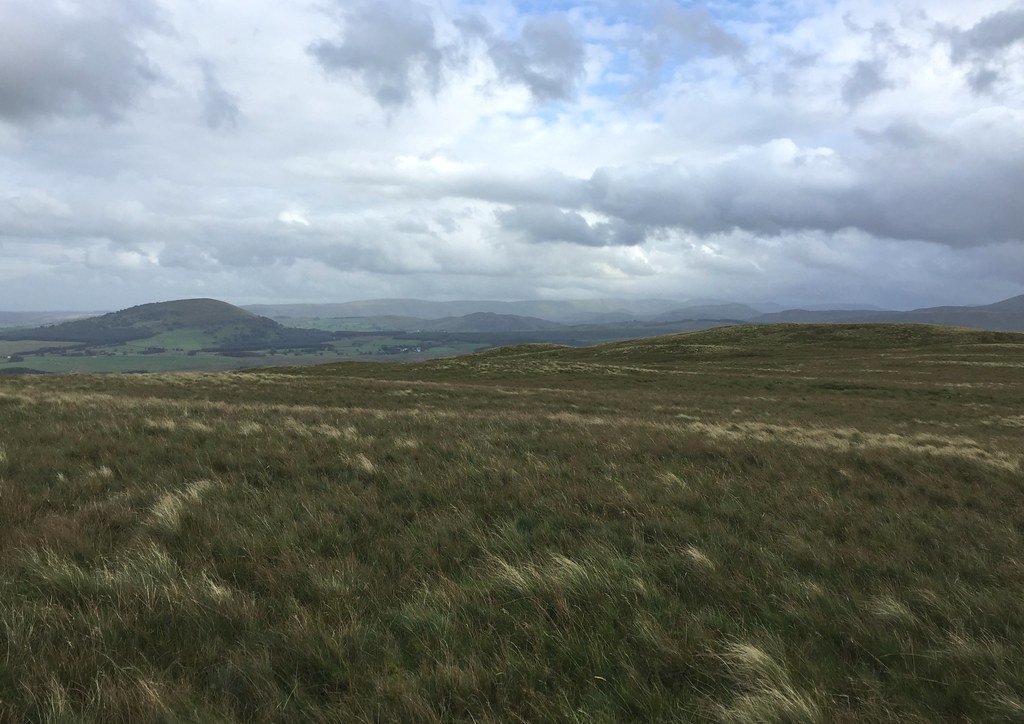 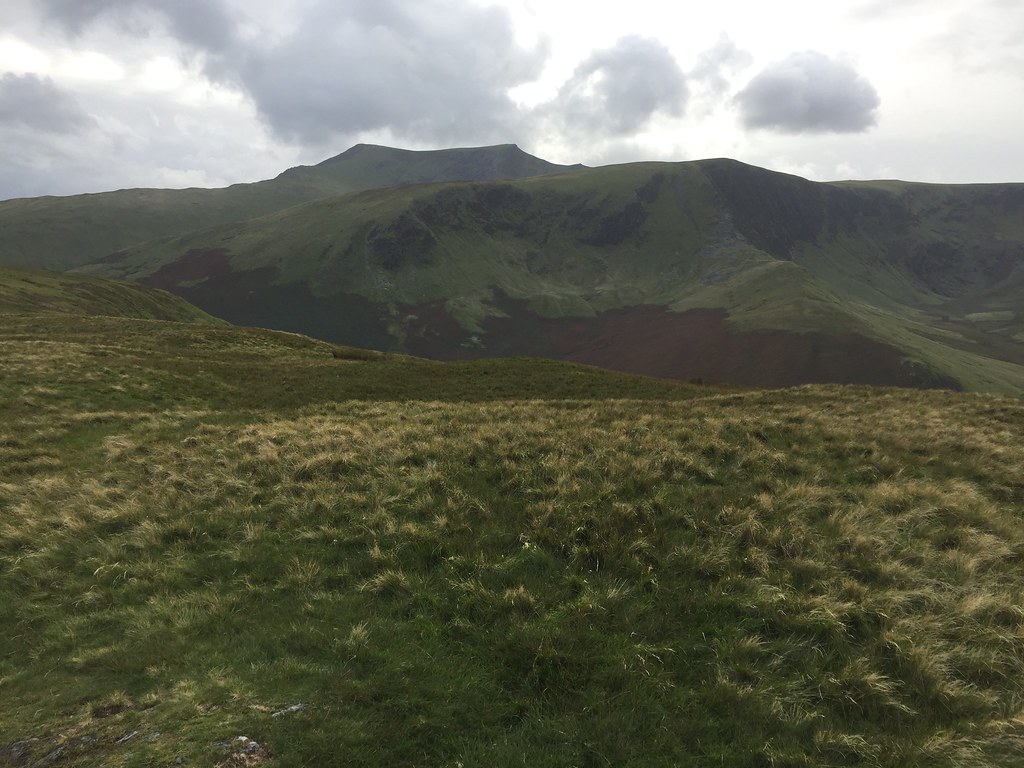 Jackie began to run out of steam as we crossed the various summits and bumps of Souther Fell, but before too long we were on the final descent. We took a right fork initially, before changing our mind and reversing a short section to pick the route that drops more directly to the car. I was vaguely aware of some 'gerroffmyland' attitude in this area, but I wasn't sure where it was - it now became obvious that it was the final field that we needed to cross to reach the road! The detour looked tedious so we just climbed the fence anyway and dropped down to the gate at the roadside. Not sure why this particular landowner doesn't allow this. 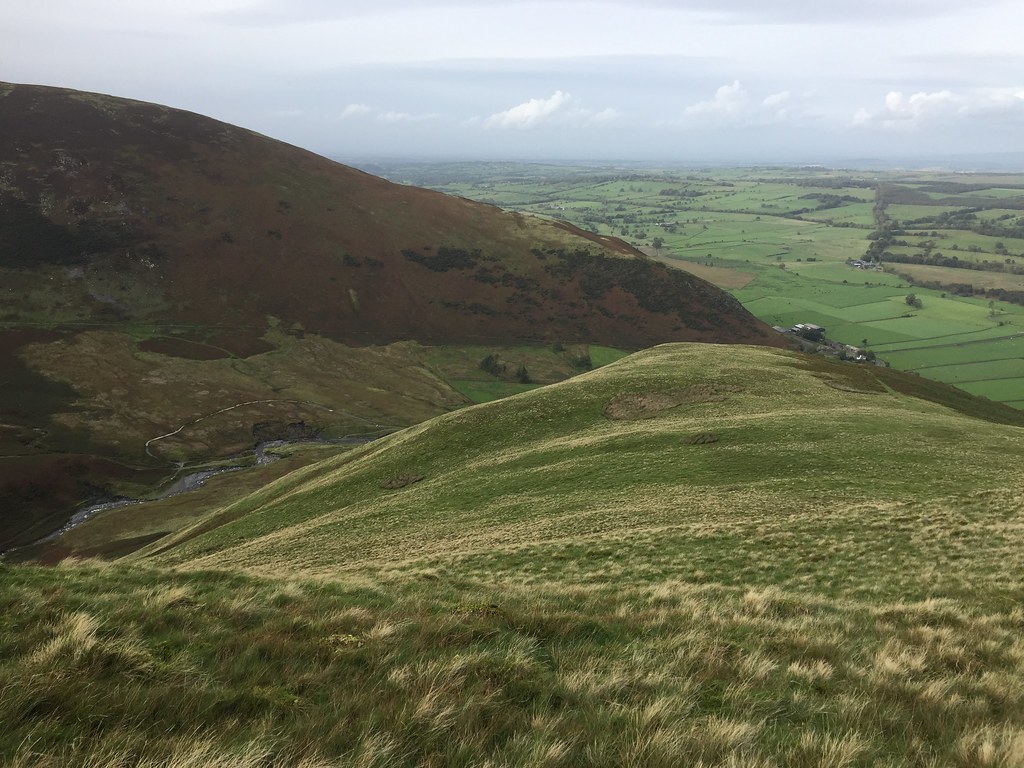 Back at the car, the rain had just started, and it got more frequent (but never too heavy) as we headed down the side of Thirlmere and over to Langdale. Not a bad start to what ended up being over a week of walking!

I crossed Bannerdale Crags in frozen conditions, but from the quantity of ice on the ground I'd have expected you to have been walking through bog at this time of year - but evidently you weren't!