An early start this morning, leaving the car park at 7:15AM. It's no wonder this car park fills up quickly as the far end seems to be inhabited by various vans that seem to overnight in there on a pretty regular (if not continuous) basis plus there were the usual three or four campervans.

I'm usually first out on to this walk but I passed two other people in the first twenty minutes - I'll need to sort this out in the winter as I always start in the dark and disturb the deer as they rest near the track. It can be quite spooky seeing lots of pairs of yellow eyes reflecting off the light from my head torch. Once we have the dark mornings I also get to listen to the owls as I head up towards Mill Dam - not long to wait now.

Anyway, it was a cool morning and pretty breezy even in the more sheltered wooded lower section of the walk. 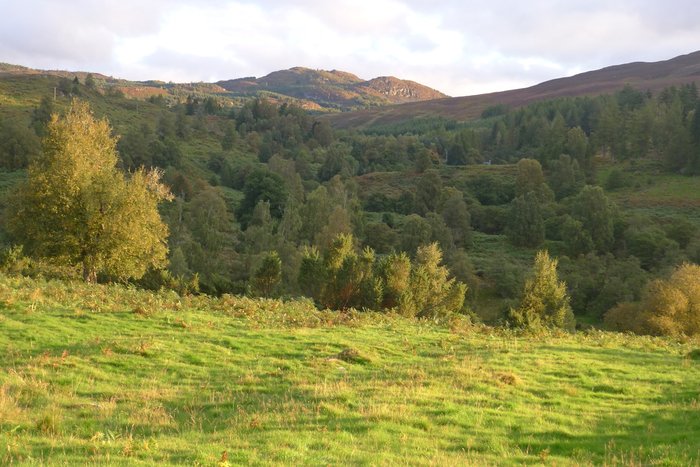 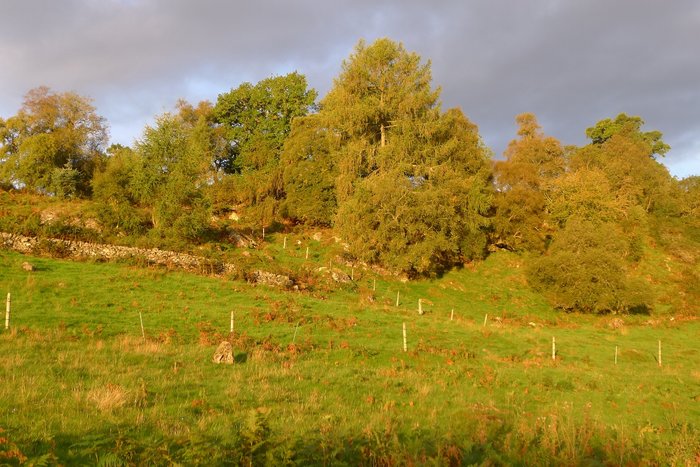 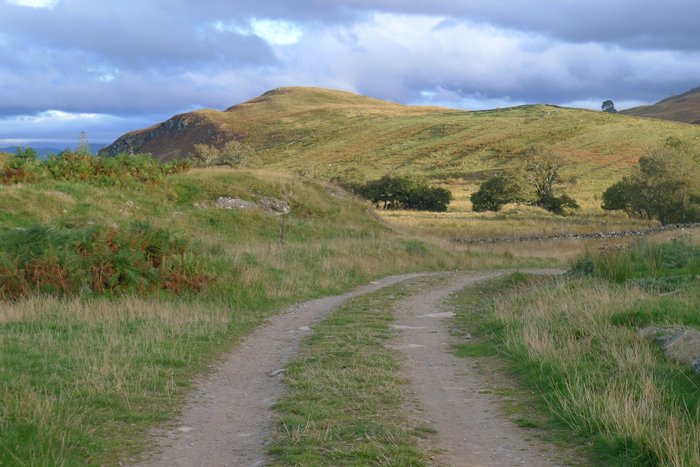 Between Raor Lodge and Loch Ordie 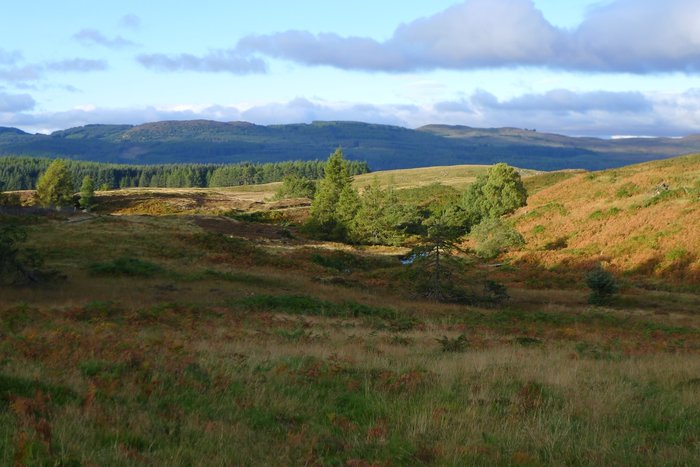 Looking back towards Raor Lodge

As usual on reaching Mill Dam I continued on the main track to Raor Lodge then up to Loch Ordie. The early morning sun had gone by now as clouds rolled in and it was noticeably colder as the shelter had gone and I was now being hit by the strong northerly wind. 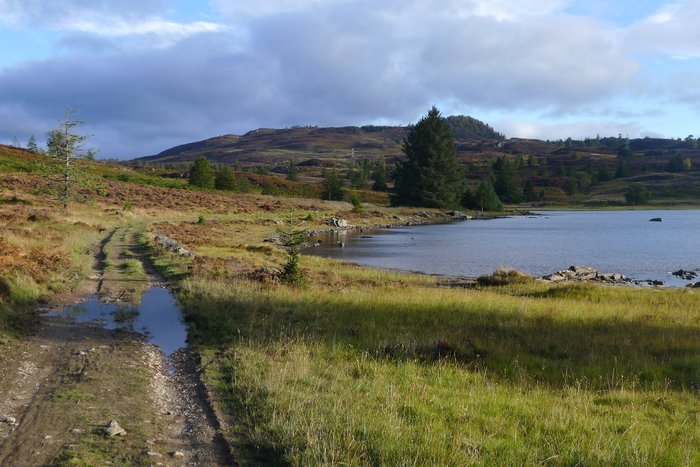 The climb from Loch Ordie to the two lochans is on a very easy gradient which makes up for the underfoot conditions. 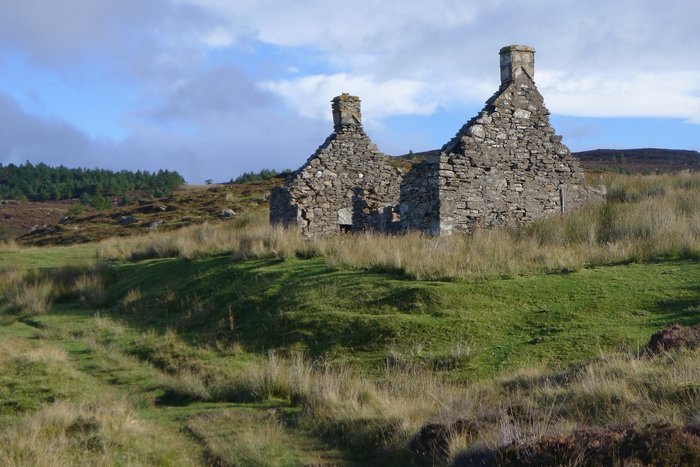 Not sure how many times I've been to Lochan Oisinneach Mor but every visit is special and it's a place I can never tire of. So quiet and so beautiful.

From LOM to LO takes about thirty minutes and I stopped by the trees at the far side of LO. 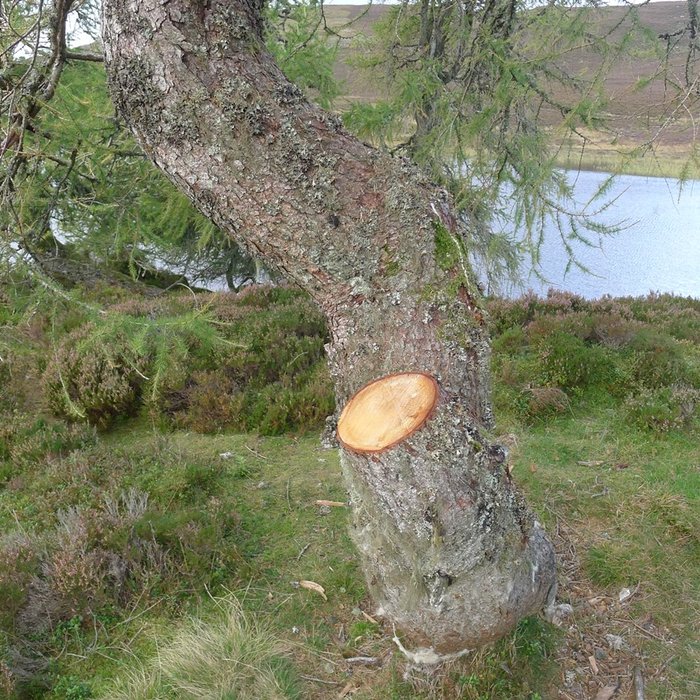 Someone has taken a saw to this branch Love this tree - it might be down but it doesn't give up!!

Dairylea cheese and strawberry jam sandwiches eaten so time to head for home. Really cold at this point, felt more like November than September. Heading back to LOM 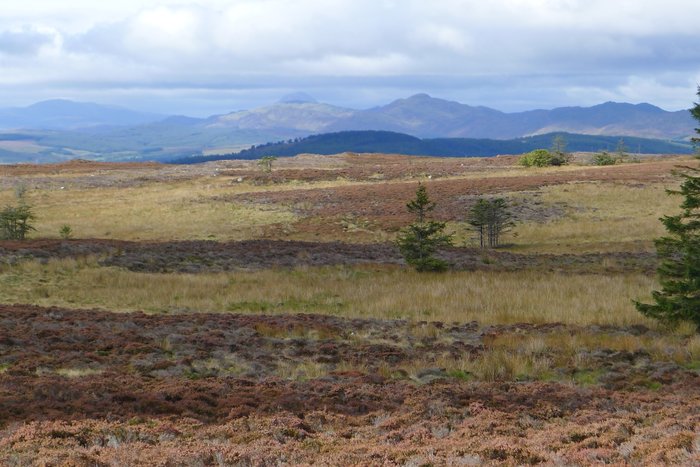 Back at the ruin I took the right hand track and headed towards Guay before taking the first left hand turn to take me back to just north of Loch Ordie. 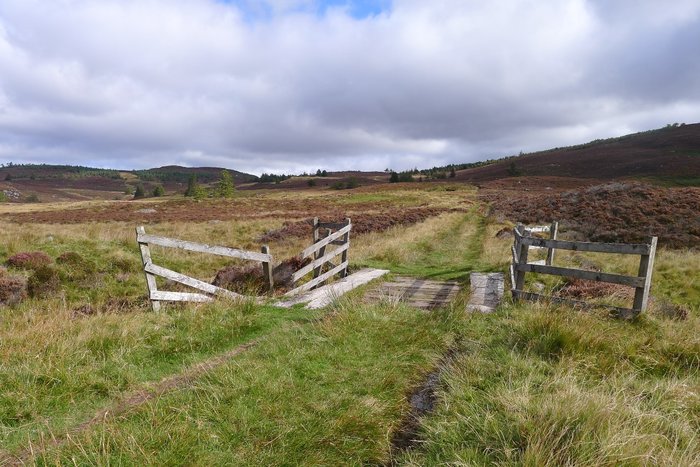 Bridge is stable, sides less so Back at the bridge at the far end of Loch Ordie I stopped to stick the ear pieces in so that The National could keep me company for the last hour and a half. By now the sun was fully out so November had retreated and September had returned.

The track back to the car park was surprisingly quiet with only a few peeps around. 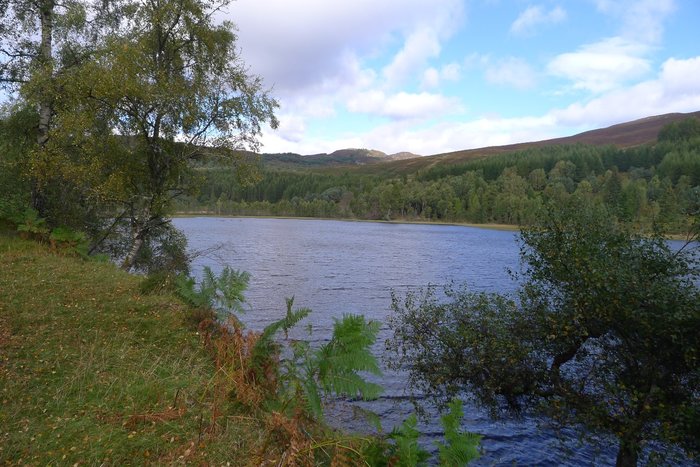 Mill Dam with Deuchary Hill beyond

Great day to be plodding around on some great hill tracks.