We had thought to have a crack at getting up the Langdale Pikes today, but I was just too tired from the last few days. We both had the day off though, and decided on Harter Fell, which is an easy walk from the top of the Hardknott Pass. The drive however....I hadn't been across the Wrynose & Hardknott passes since I was a kid and the complete mentalness of them took me by surprise 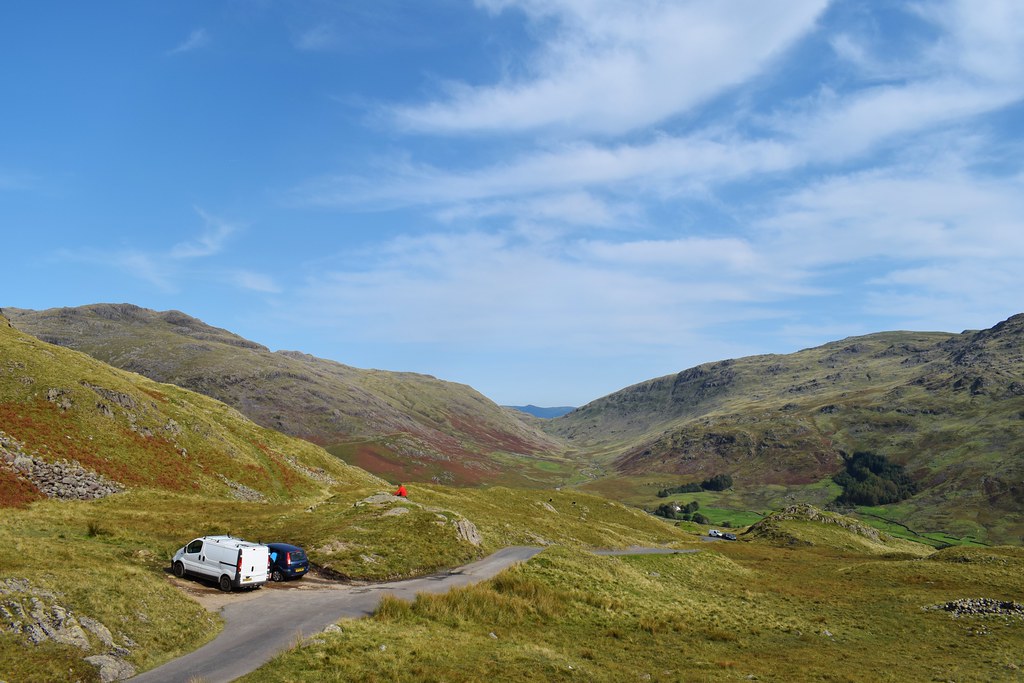 Ahead to Harter Fell 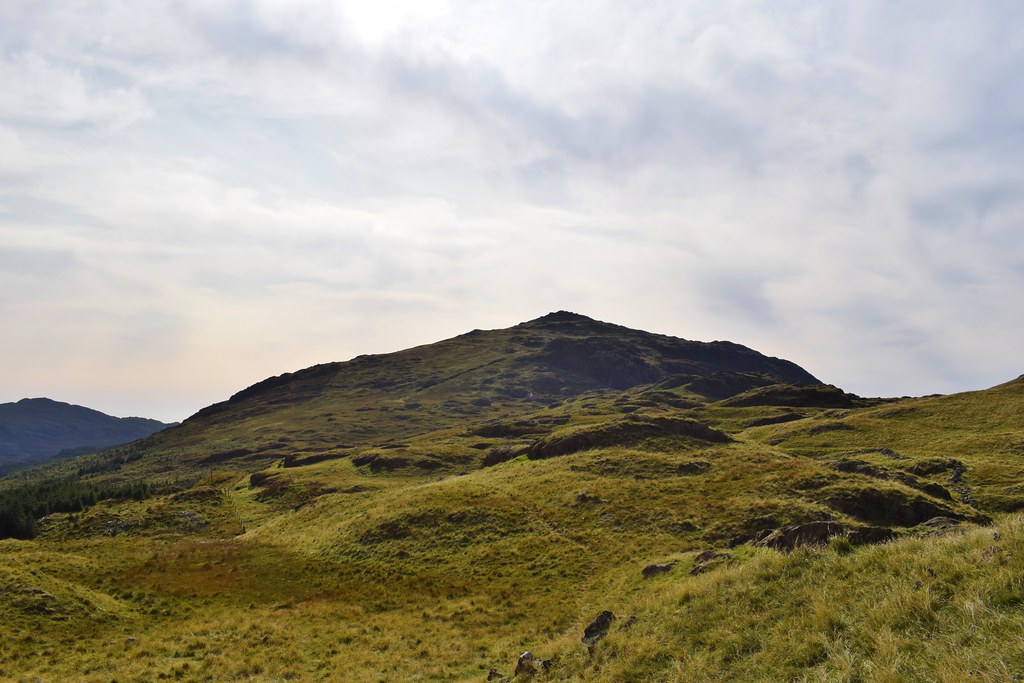 Malky may be giving birth to his rucksack here... 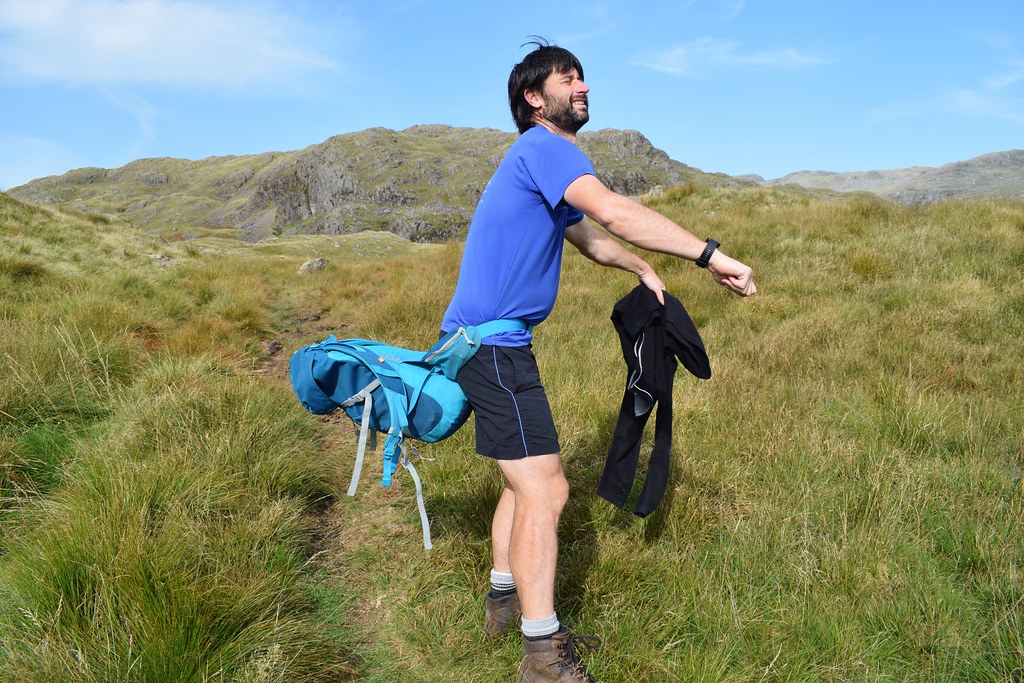 Unfortunately we had to drop down a bit before really getting into the climb, but as we gained a bit of height we started to see the big hills poking through - this promised to be a good hill! 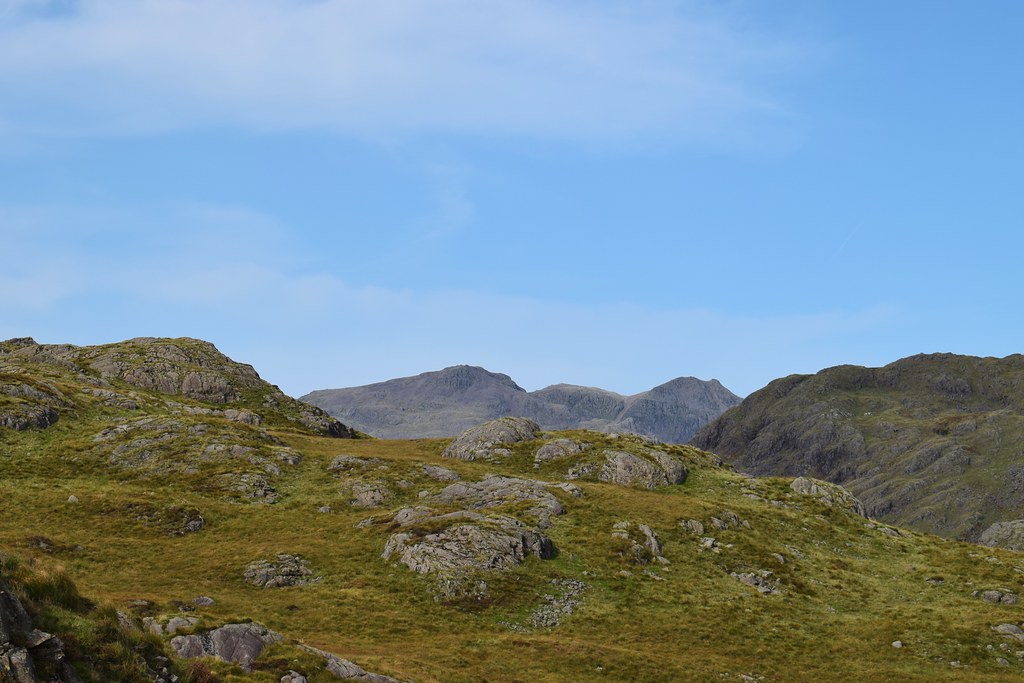 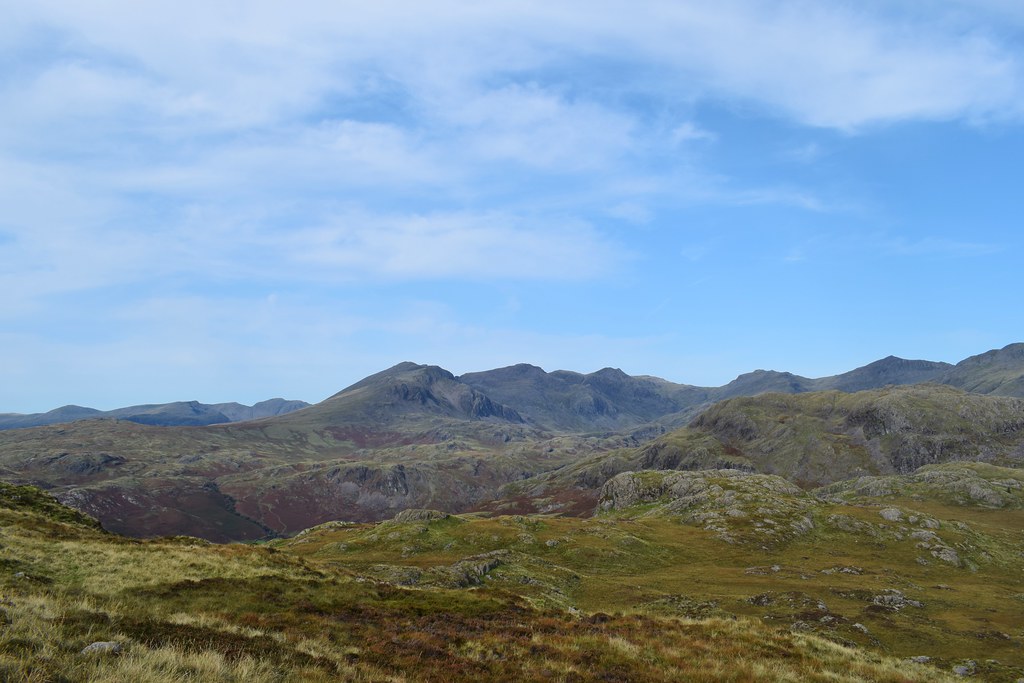 Sheep leading the way - this must be about the only hill in the Lake District that doesn't have a big path up it! It was quite refreshing actually, although I was definitely pondering whether trail shoes were a good idea... 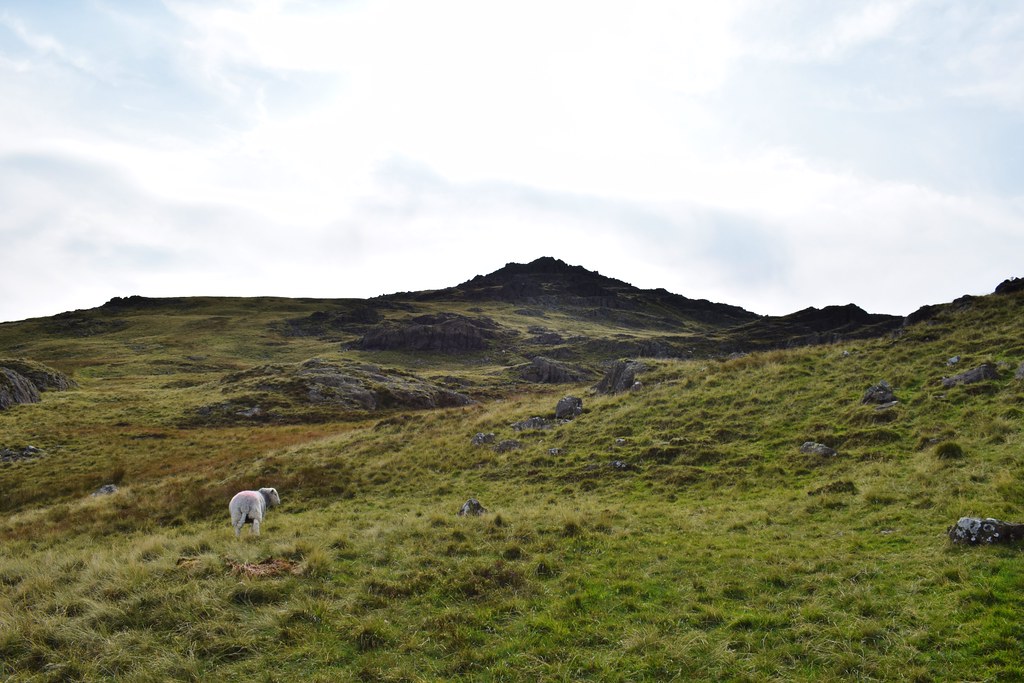 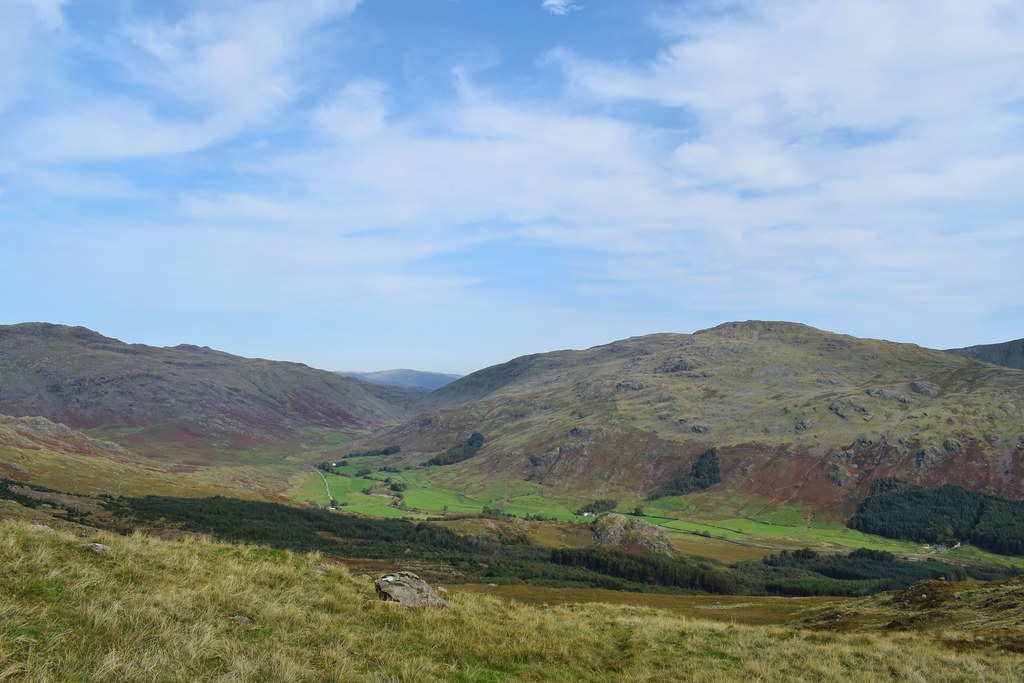 Isle of Mann poking out from behind some impressive crags 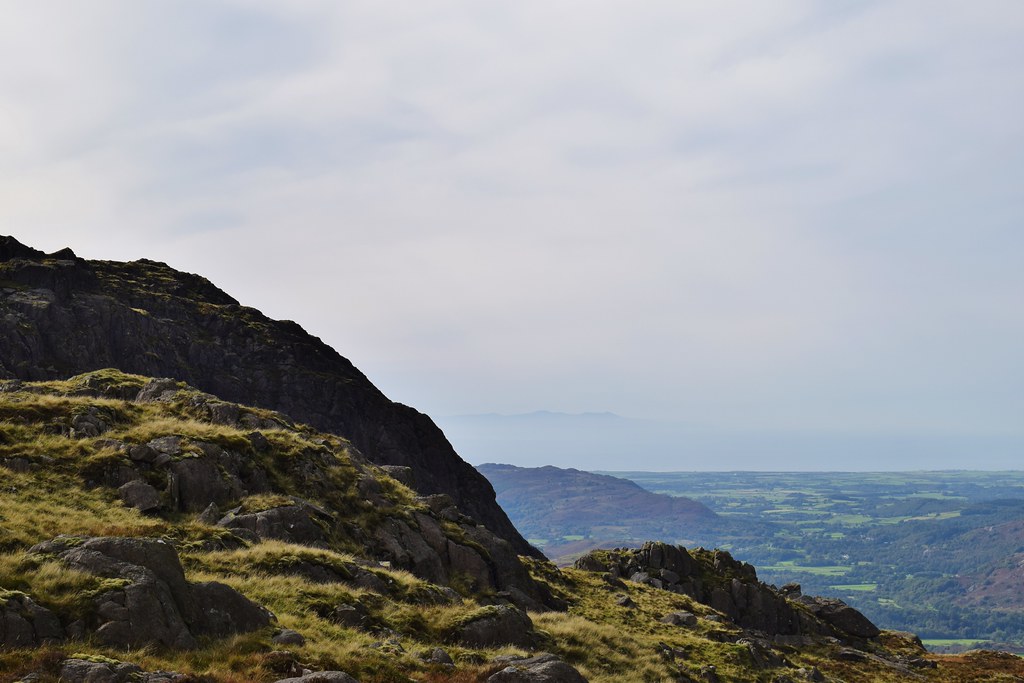 It did give me a chance to get a look at the Hardknott Hill Fort which is impressive from above! 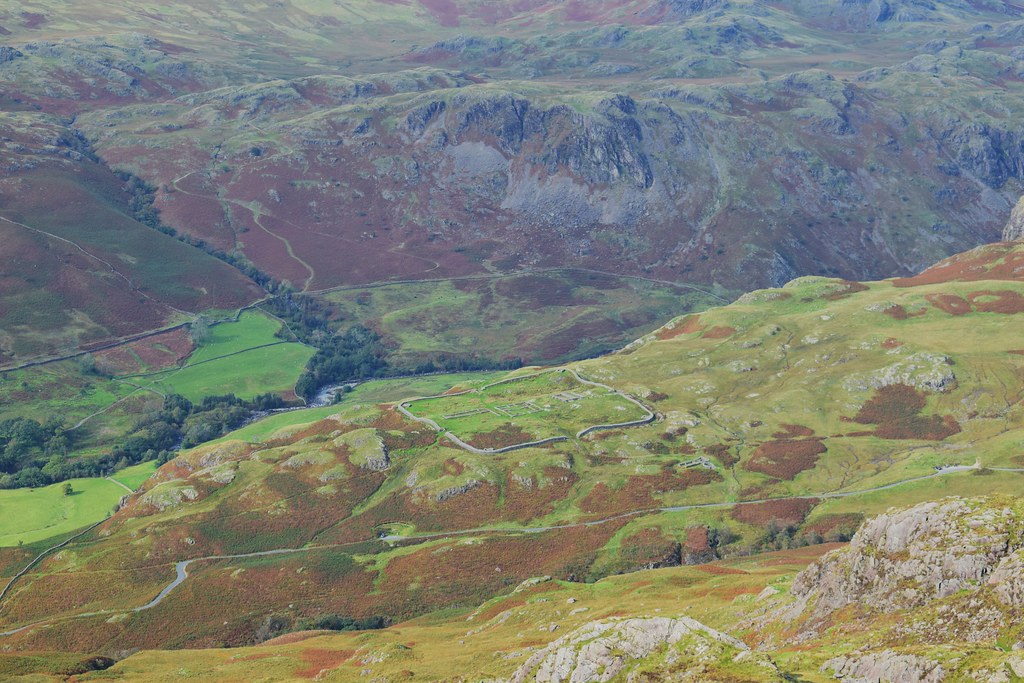 The views to the Scafells were pretty good too! 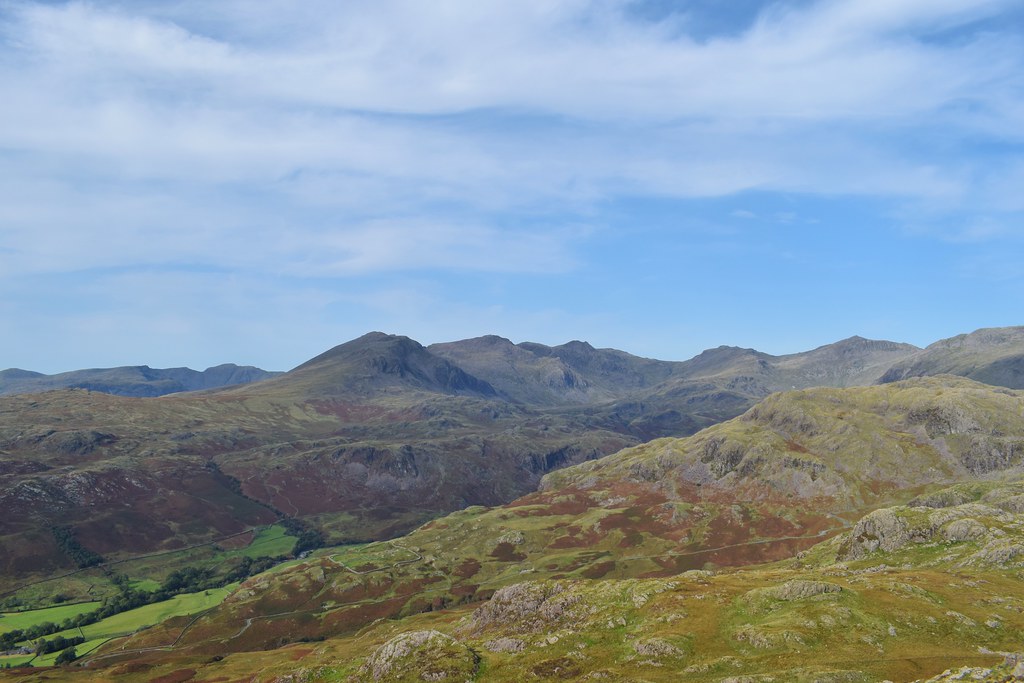 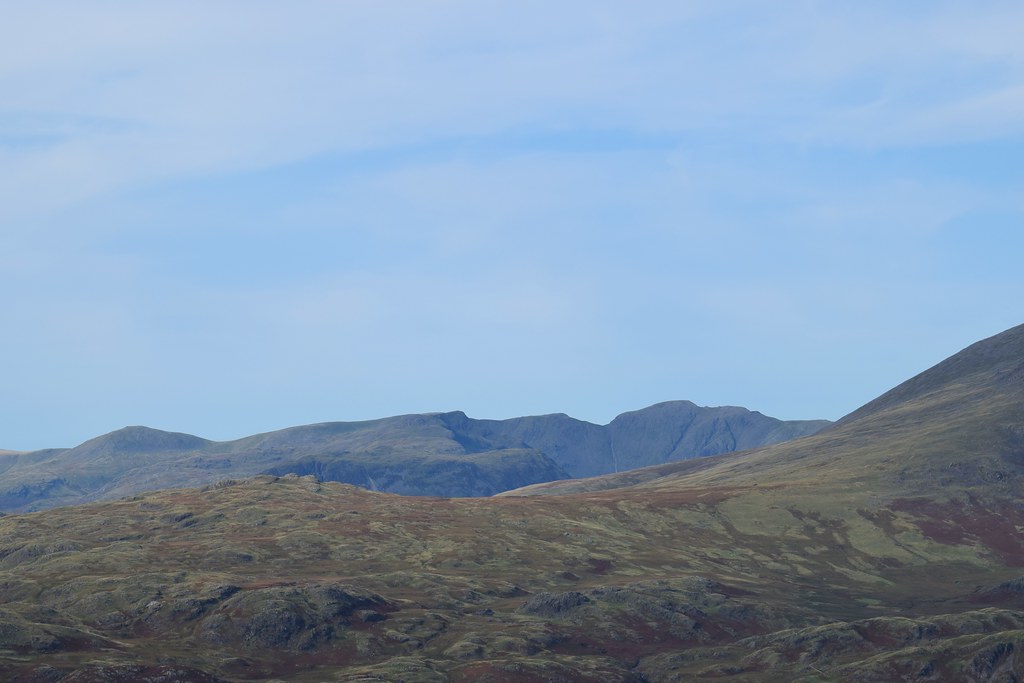 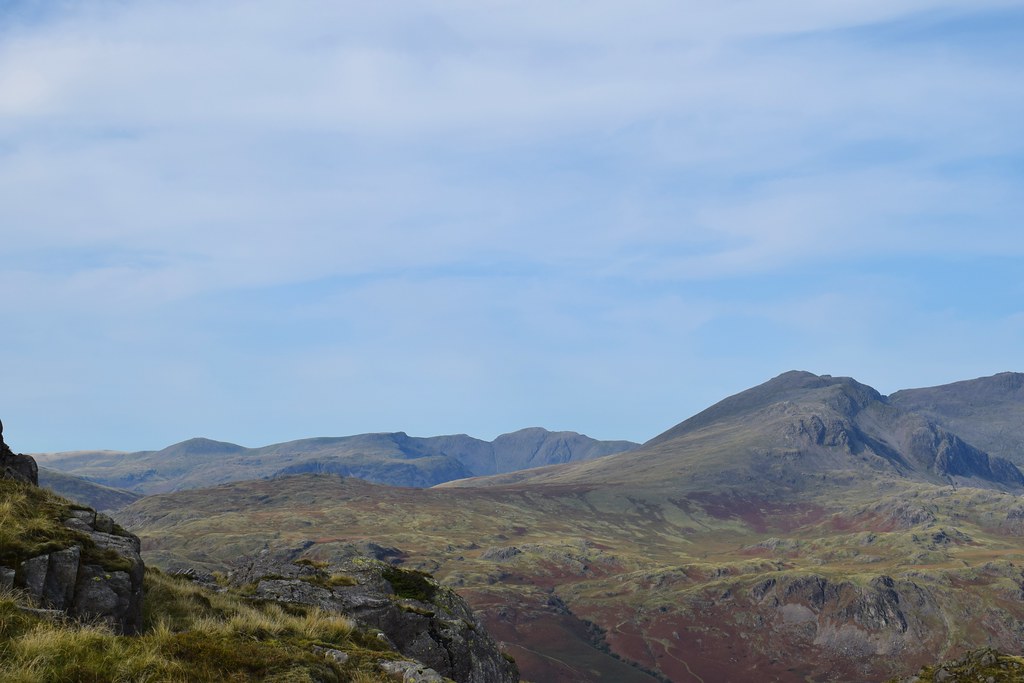 The final climb was rocky (especially as we'd lost the path

) but the views from the summit were awesome 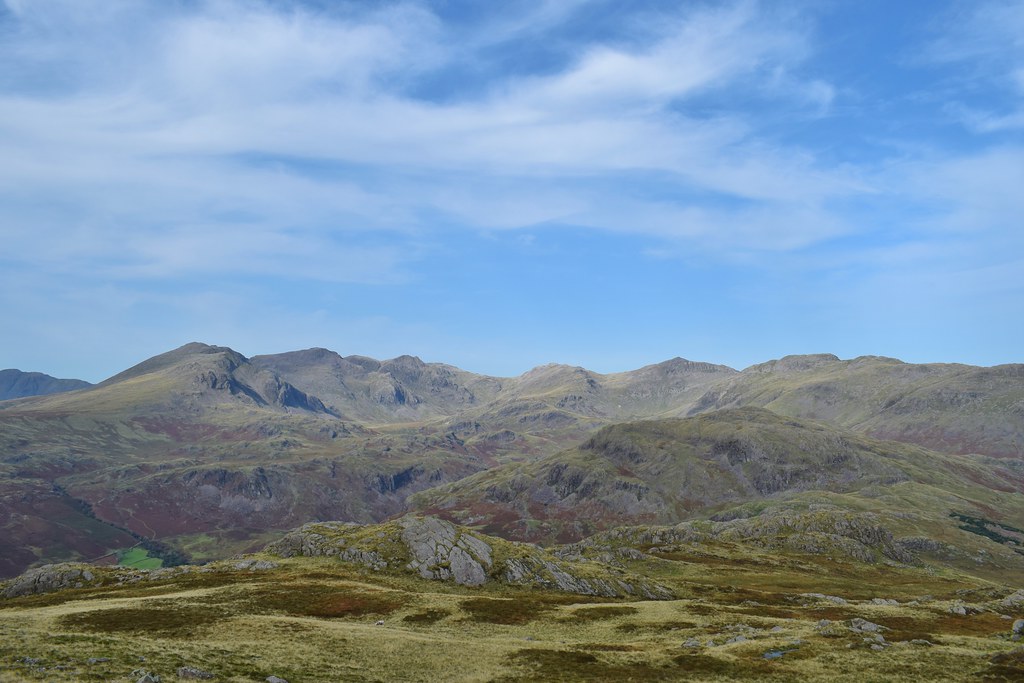 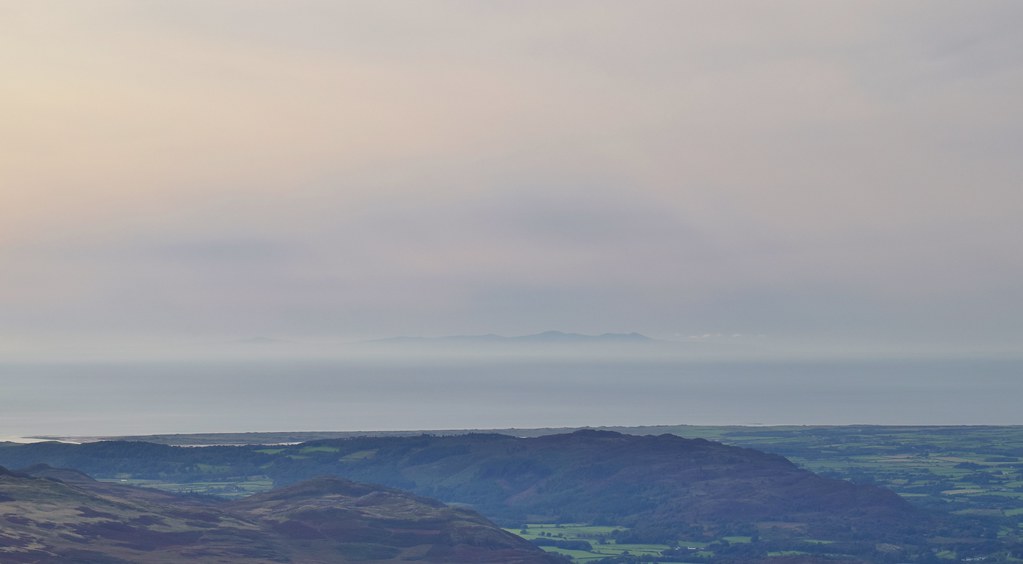 Summit of Harter Fell! (except it wasn't - we had to climb a big rock for that) 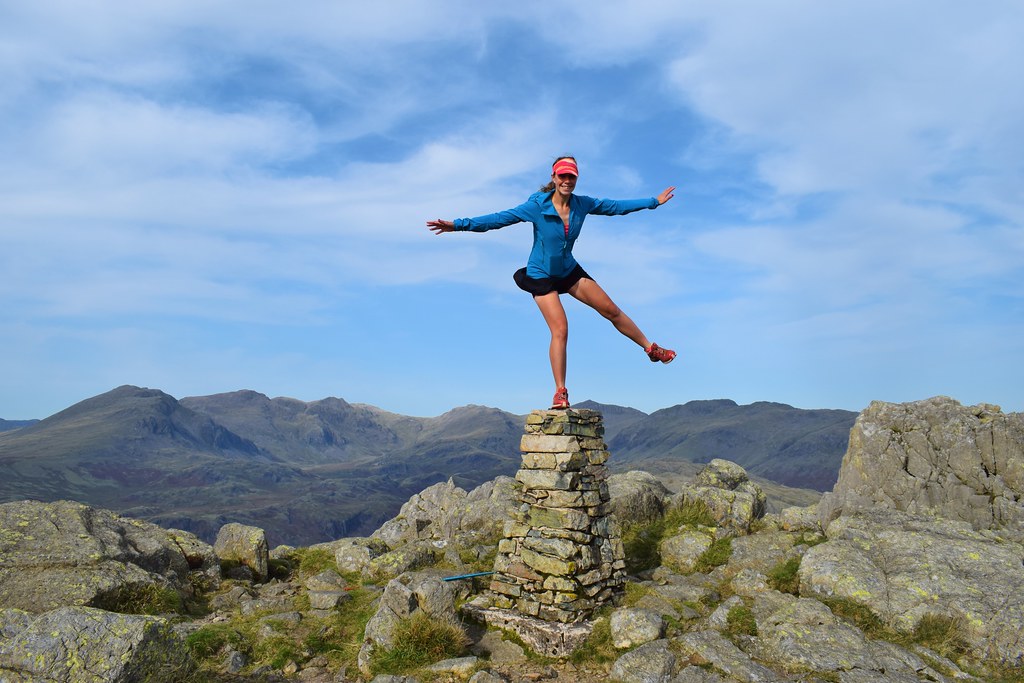 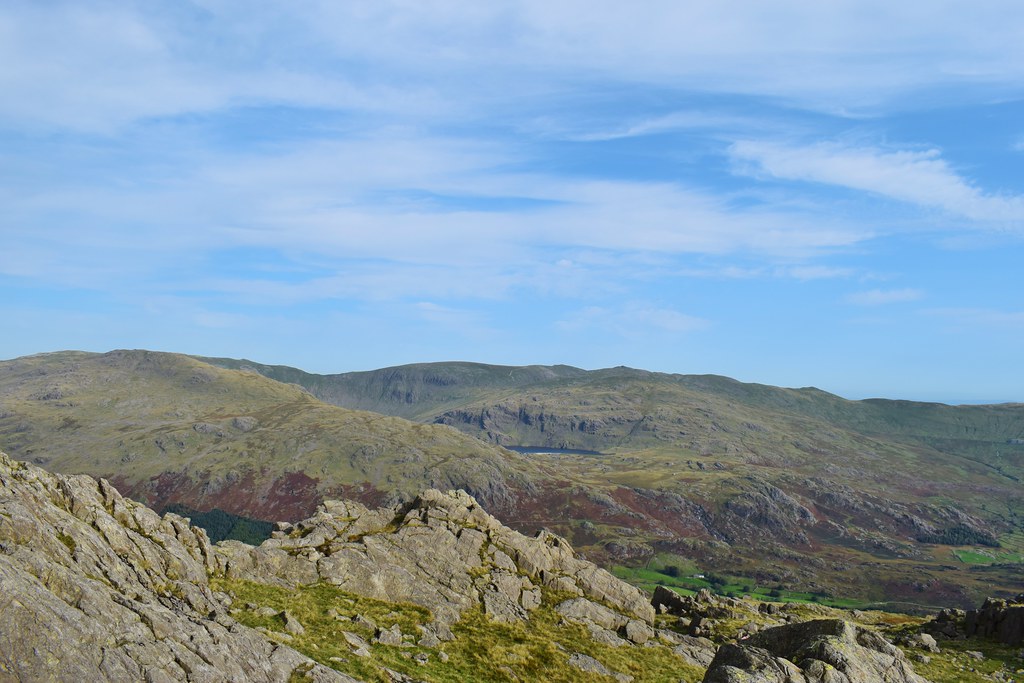 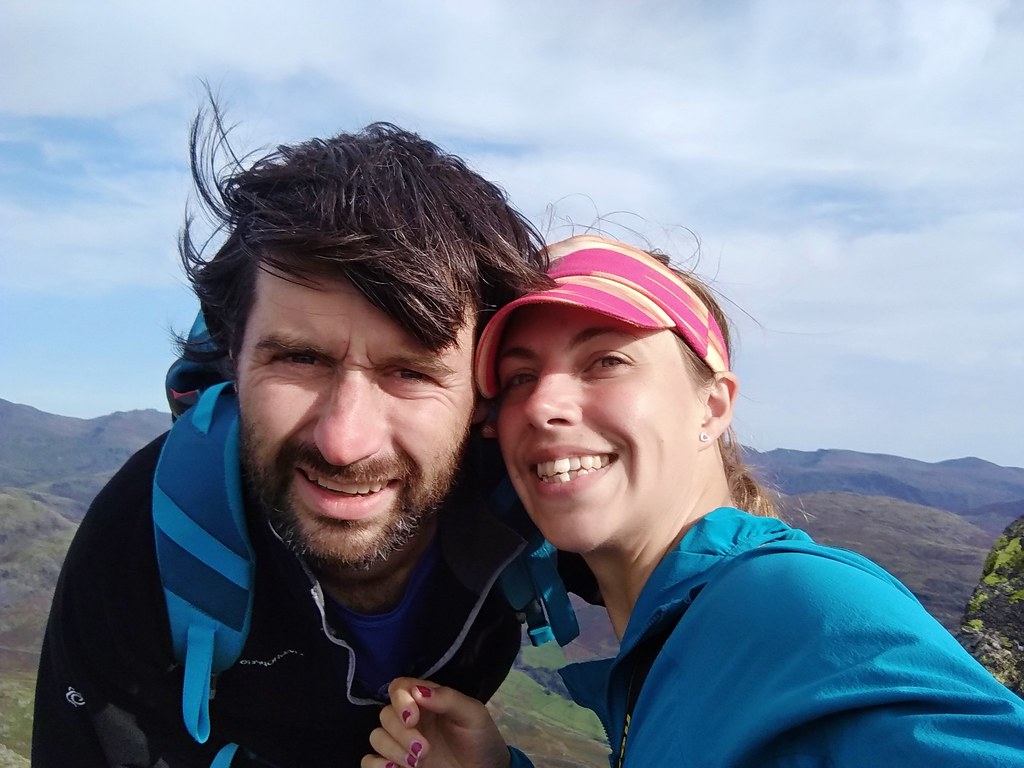 We sat around and enjoyed the views for a while - there was one other person at the summit, the only other person we'd seen on the hill. Harter Fell - Cumbia's best kept secret?

After a while it was time to go - we managed to follow the path down from the summit this time which made things easier! 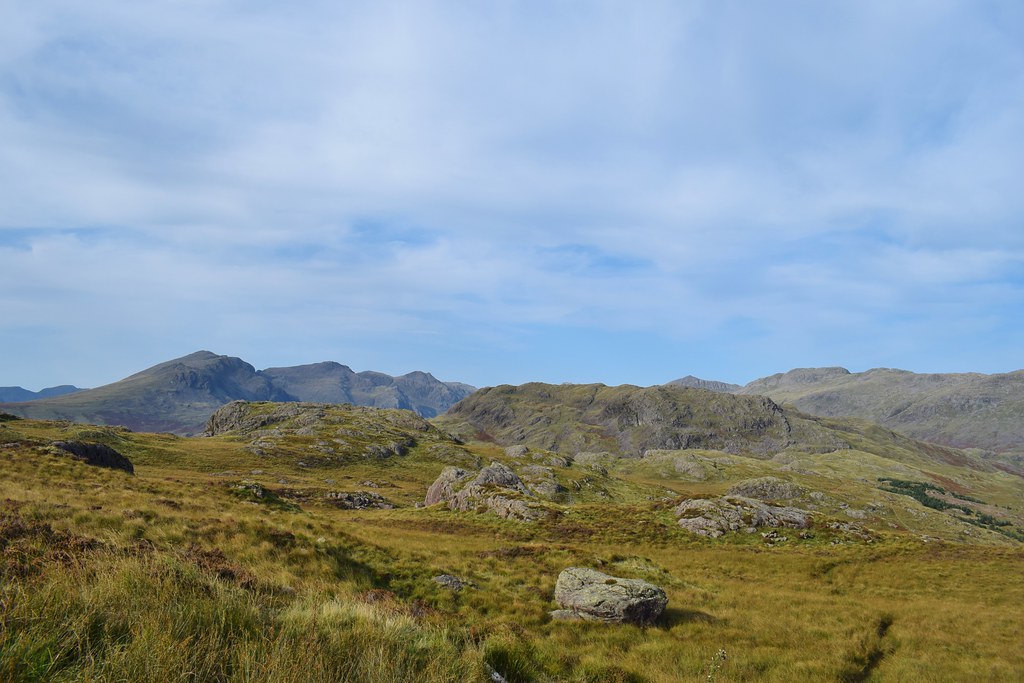 Then Malky had one of his Really Good Ideas which involved tussocks, bog and wet feet. This coincided with my energy disappearing and the final walk back to the car was a bit of a struggle 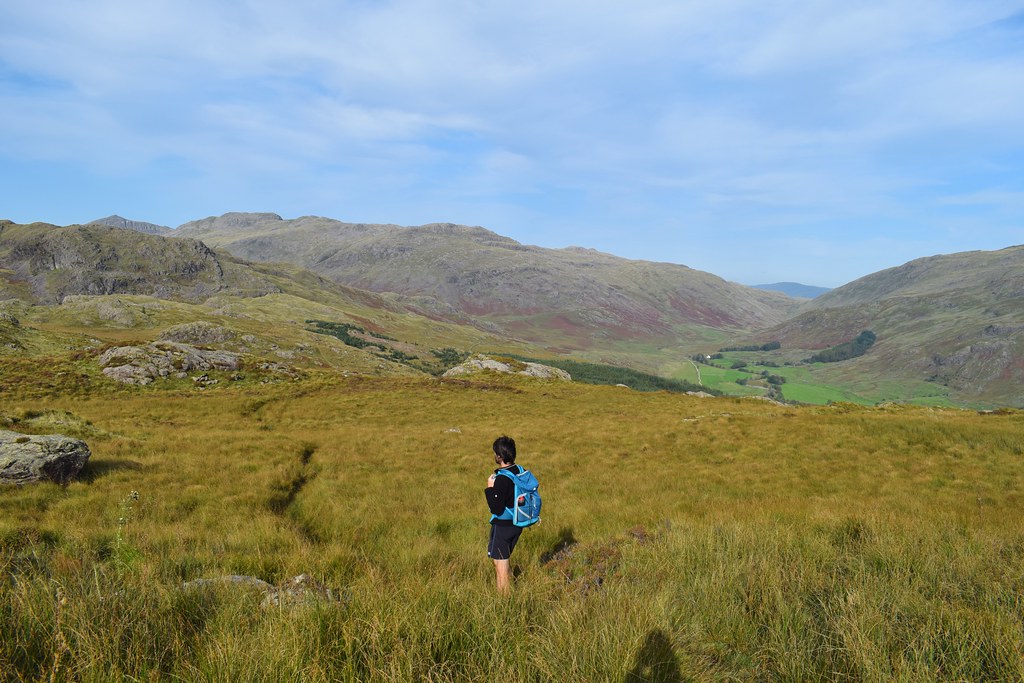 Yet another lovely day in the Lakes 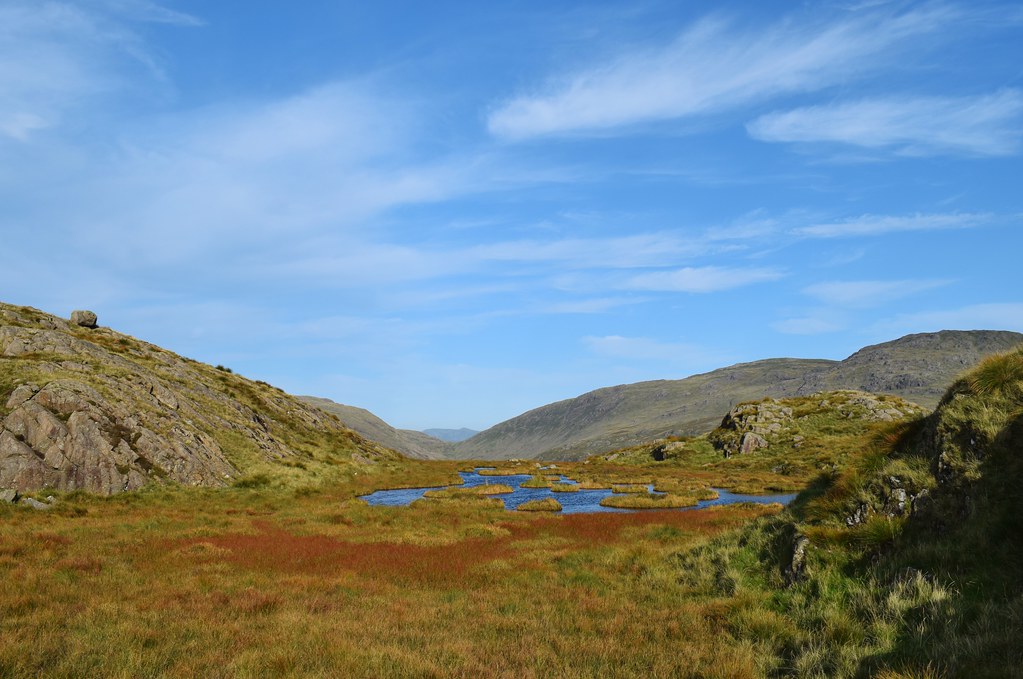 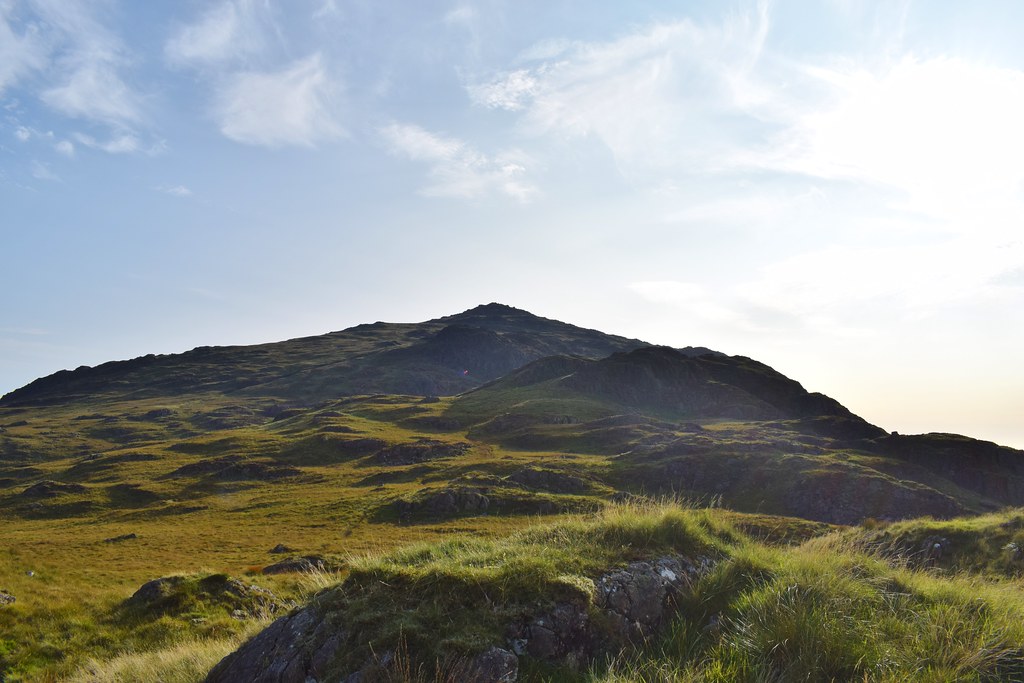 Back at the car I was able to relax whereas Malky had to drive us all the way back across the passes...stunning but pretty hardcore 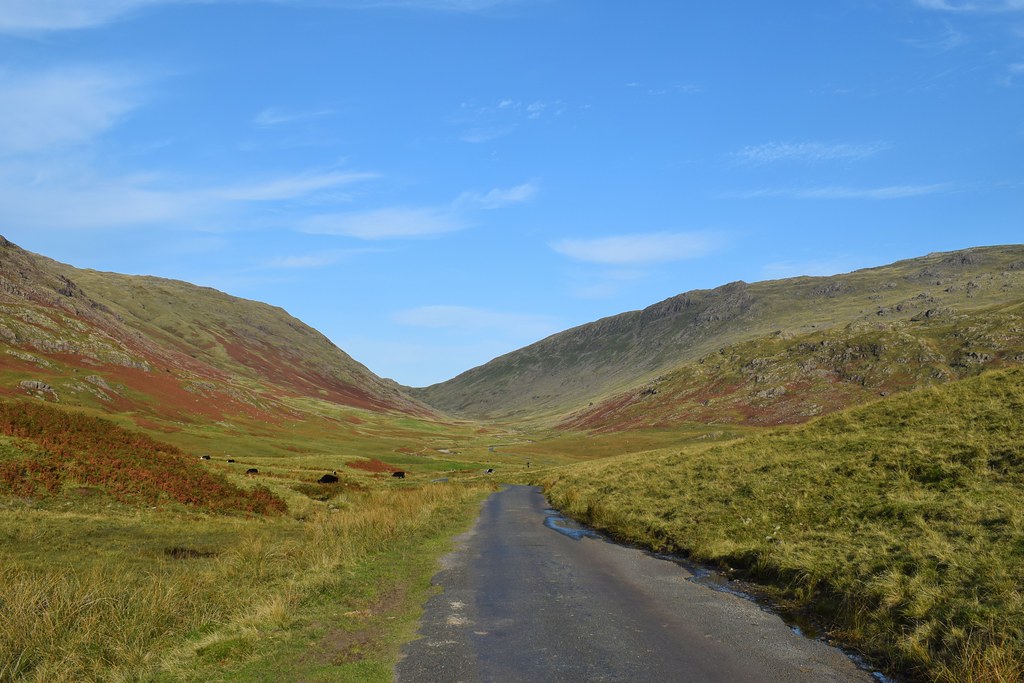 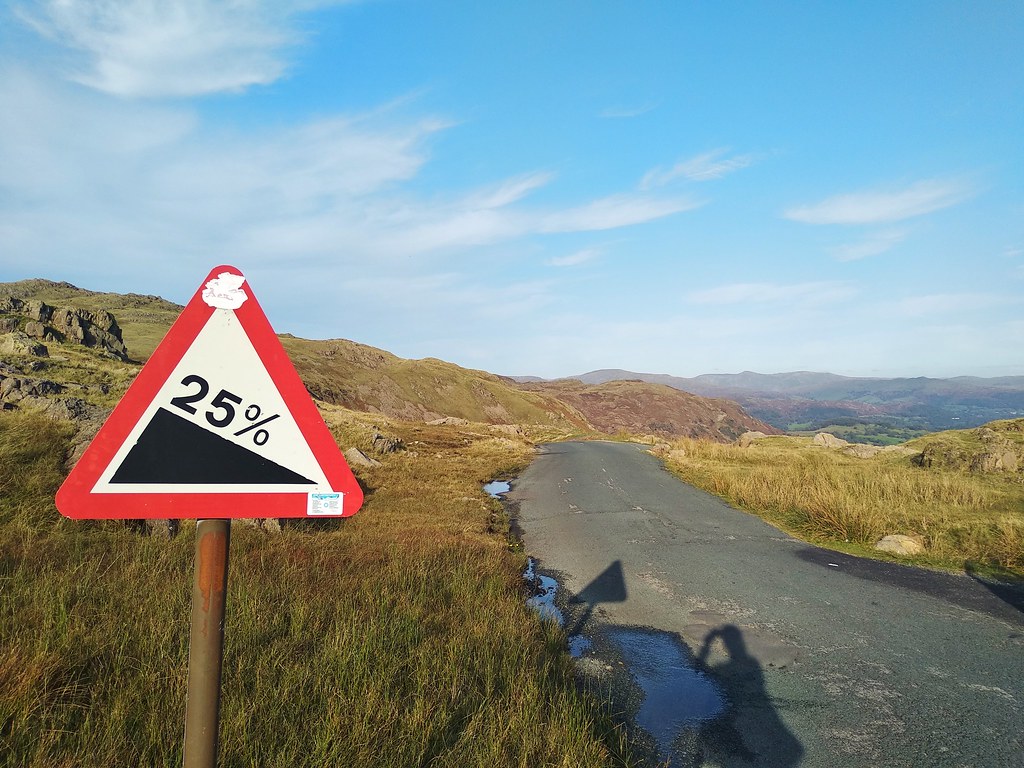 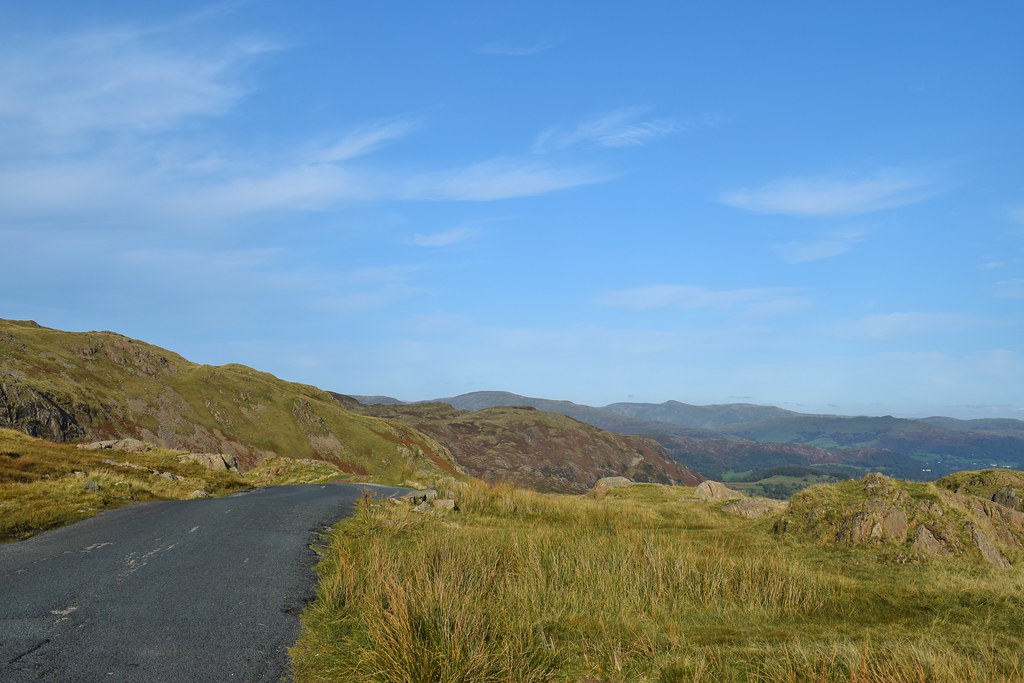 Looking down the Wrynose Pass 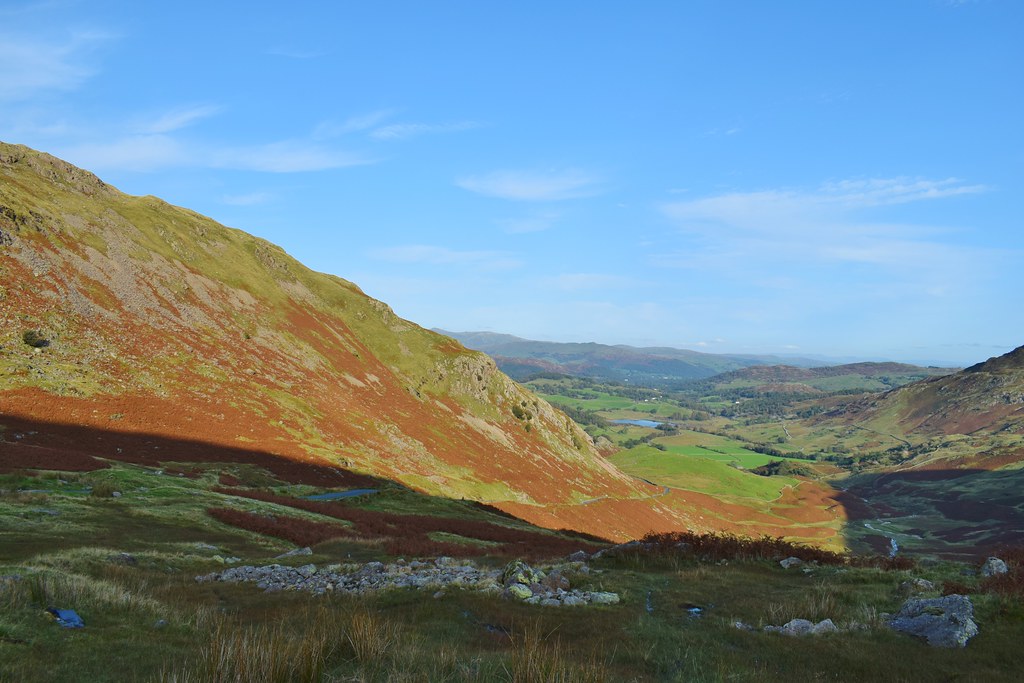 The brakes didn't feel great by the time we got to the bottom, but we were back and happy to relax into a shower, a cup of tea and some dinner

Next day - a great Place to camp

activity_5556134492.gpx Open full screen  NB: Walkhighlands is not responsible for the accuracy of gpx files in users posts

Good point....but does one normally have such a look of pain on their face when riding a horse? (never tried so have only got Lord of the Rings as reference...)

i had one other thought but that's definitely for after the watershed so I'll leave it there.

Gordie12 wrote:i had one other thought but that's definitely for after the watershed so I'll leave it there.

The best way to Harter Fell is to start from Black Combe and follow Roger Putnam's route (Wild Walks p 118). The 20 mile walk crosses the Corney Fell and Ulpha roads but is otherwise almost trackless. I've done it in reverse, but walking North means that you have views towards the Lake District the whole time - so maybe nicer

We did similar, and were astounded to nearly reach the top of the pass to find a whole fleet of VW campervans doing publicity shots there. At one point (thankfully when we were already parked), they formed a line of gaily coloured wagons struggling up to the top. Nice to see what we should have seen, thanks for the photos...ours was solid clag most of the day.