Ben Vrackie 08102020.gpx Open full screen  NB: Walkhighlands is not responsible for the accuracy of gpx files in users posts

A special day as it was my first proper trip to the hills with Lewis, who thoroughly enjoyed it!

We had scoped Ben Vrackie on a family walk around Pitlochry on the previous day. So we had decided to get up early and give it a go, while the girls had a long lie in.

We were out of the holiday house in Dunkeld by 0730 and on the hill by 8. Nice to have a short drive. On the walk up to the hill track we were treated to clumsy red squirrel, that appeared to fall out of a tree almost on top of Lewis!

The track was excellent the whole way up, with dry and clear conditions. Lewis found it easy, which is was, until the rude awakening of the last 300m or so, steep push until the summit. I had allowed us 10 stops on the way up and 10 for the way back, saving 8 of them for this part of the trip! He dealt admirably though, attacking the increase gradient with enthusiasm after a quick sit down and a bit of chocolate.

We were treated to good views on the summit and a cool wind. After dwelling and eating our sandwiches, we descended at a good pace by the same route, still taking time to enjoy the views.

On the last stretch to the car park we were again treated to squirrel activity, presumably stocking up for the winter. 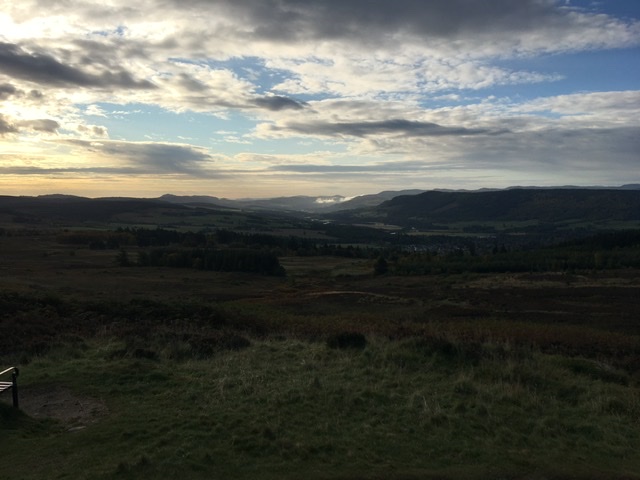 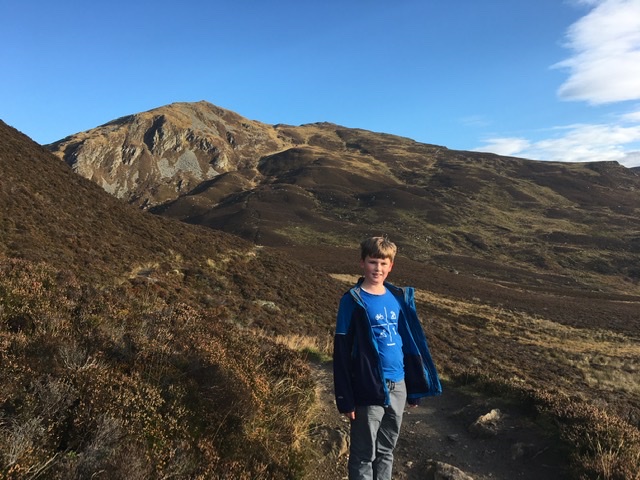 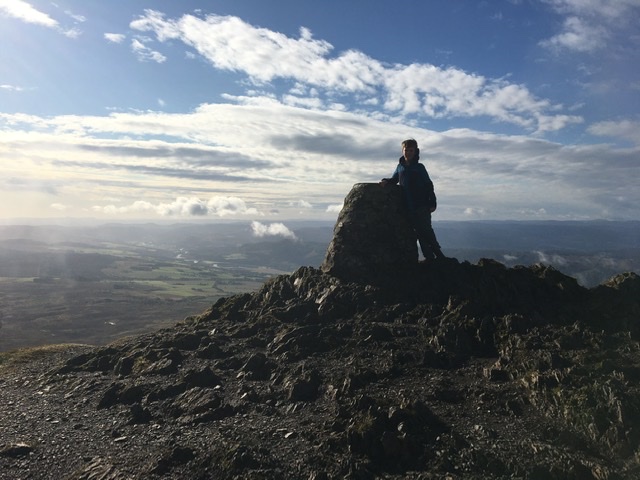 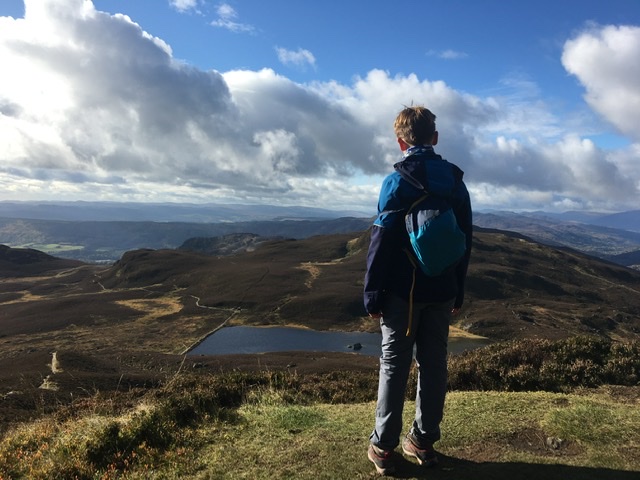