A fine October day saw us heading west while the clouds drifted east. Ben Loyal was standing proud and inviting in the sun, and after much deliberation we decided to head that way. We started with Cnoc nan Cuilean, and me being me chose to go up the steep side. One of the steep sides. 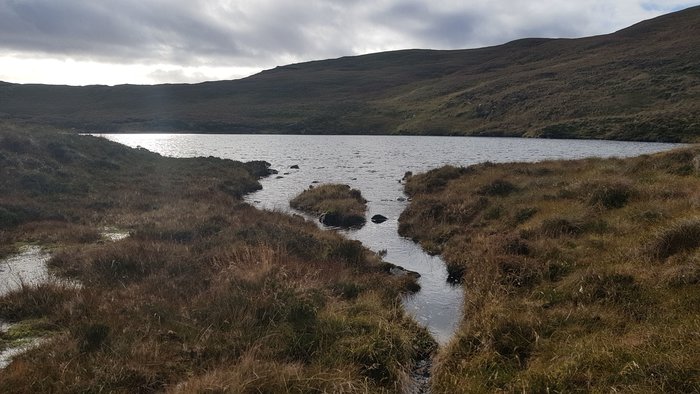 That was a climb and a half. If Ben Loyal is the Queen of Scottish Mountains then Cnoc nan Cuilean must be her gatekeeper. After meandering around the slopes and stopping for lunch we headed across to climb her majesty. The route was, thankfully, less steep than before. Looking back to Cuilean, Griams in the background

The occasional cloud grazed the upper ridge, but it was clear for most of the time we were up there. On the way along we detoured around about a dozen ptarmigan, which calmly watched us pass before making themselves scarce. 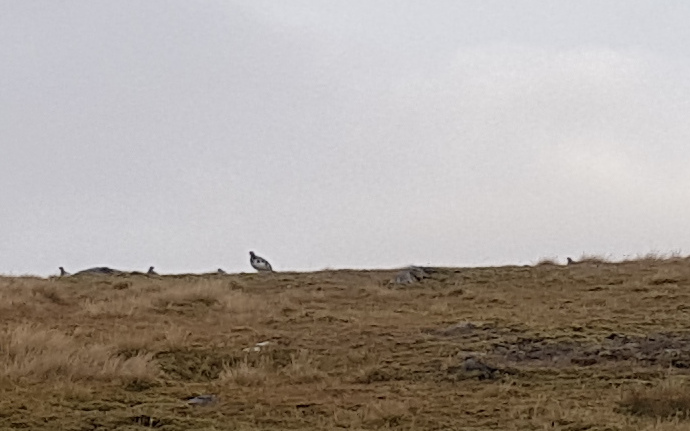 We walked around the three steeper sides of the rock of An Caisteal, which is positioned like a crown but definitely looks like a castle to me. 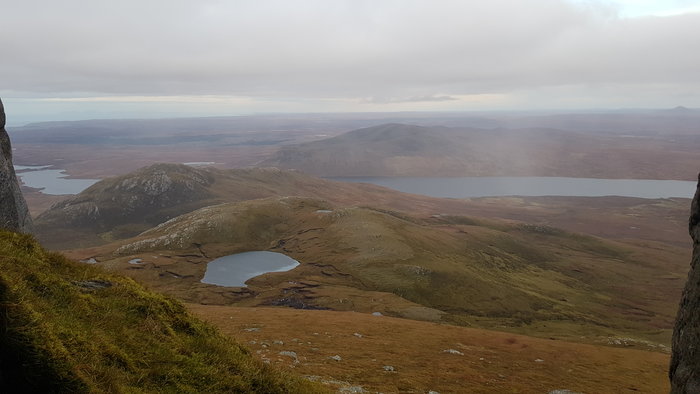 Clouds were starting to roll in

The route down was interesting, firstly around the peat-bound Loch na Creige Riabhach, then following the matching Allt down its gulley.

Ben Loyal and friends form a nice horseshoe shape, so I suppose the bit in the middle could be called the sole or frog (it's certainly wet enough for a few frogs). By the time we got there the sun was going down, almost as if all the clocks in the country had been changed to make the evenings darker, so we had some fun bog-bashing in the dark. It was wet and uneven, but also calm and quiet and the going was actually fairly easy. The moon emerged from the clouds after a while.


Cuilean.gpx Open full screen  NB: Walkhighlands is not responsible for the accuracy of gpx files in users posts